The new Land Rover Defender is the off-roader you need

The iconic British off-roader has returned and it's a bold departure from a proven formula that has spanned 71 years. 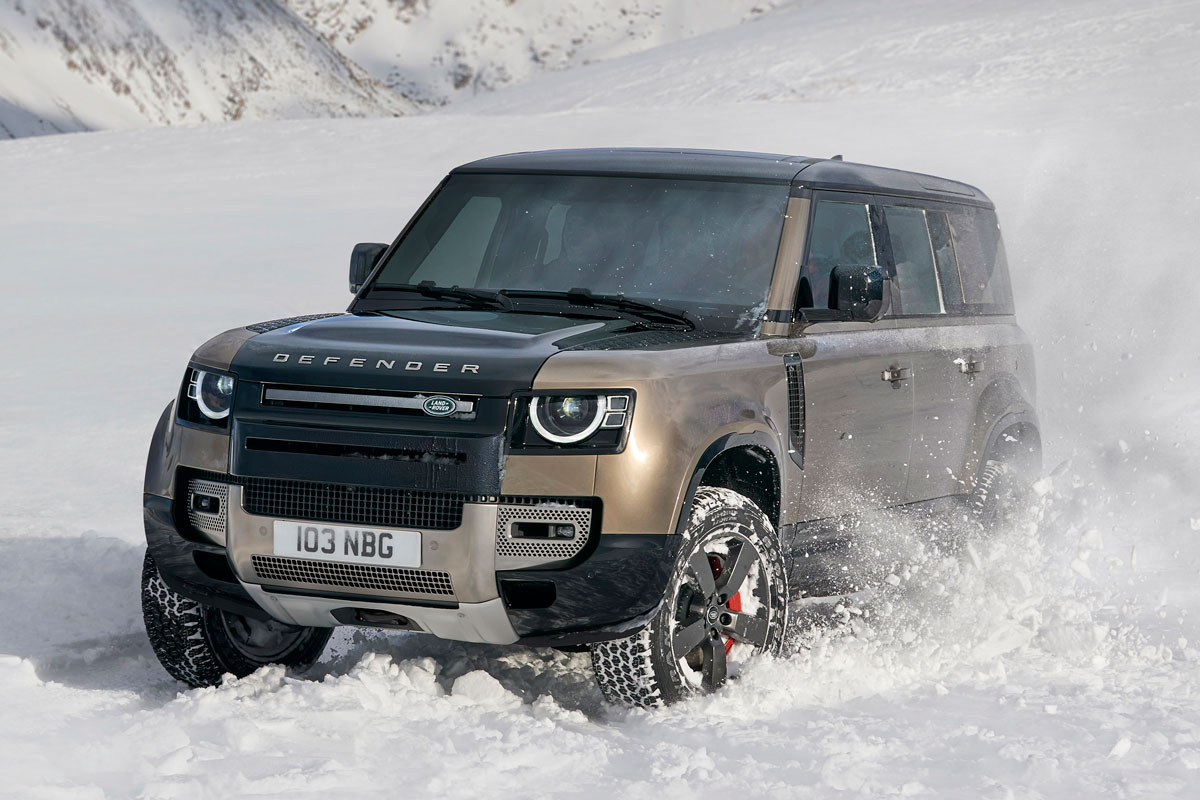 One doesn’t need to look far when trying to see why the Land Rover Defender carries such an illustrious pedigree.

The original Defender was a common choice among the British royal family and even a preferred steed of the Queen. Beyond that sphere, the Defender was an important fixture in countless James Bond films while acting as a staple vehicle for the British army and farmers. Think of it as the Porsche of the off-roading world.

Fast forward to today and Land Rover has finally unveiled its 2020 Defender, a completely reworked vehicle from the ground-up which sees the iconic name and shape taking on modern technology, safety features and creature comforts. It’s not terms you’d normally associate with a Land Rover Defender but it is 2020 after all.

The new Defender will come in two models in the form of the larger four-door 110 body and a smaller two-door 90 body. And while it looks very modern, fans will be glad to know that designers have retained a lot of the original’s design quirks. Starting off with the signature boxy design, Land Rover has rounded off the edges slightly for a more streamlined appearance. The front headlight design retains the circle in a square albeit in LED-guise, the roof still has its contrasting slope and there’s still a vertical rear end complete with an externally mounted spare wheel. Even the swing-open rear tailgate has been retained. 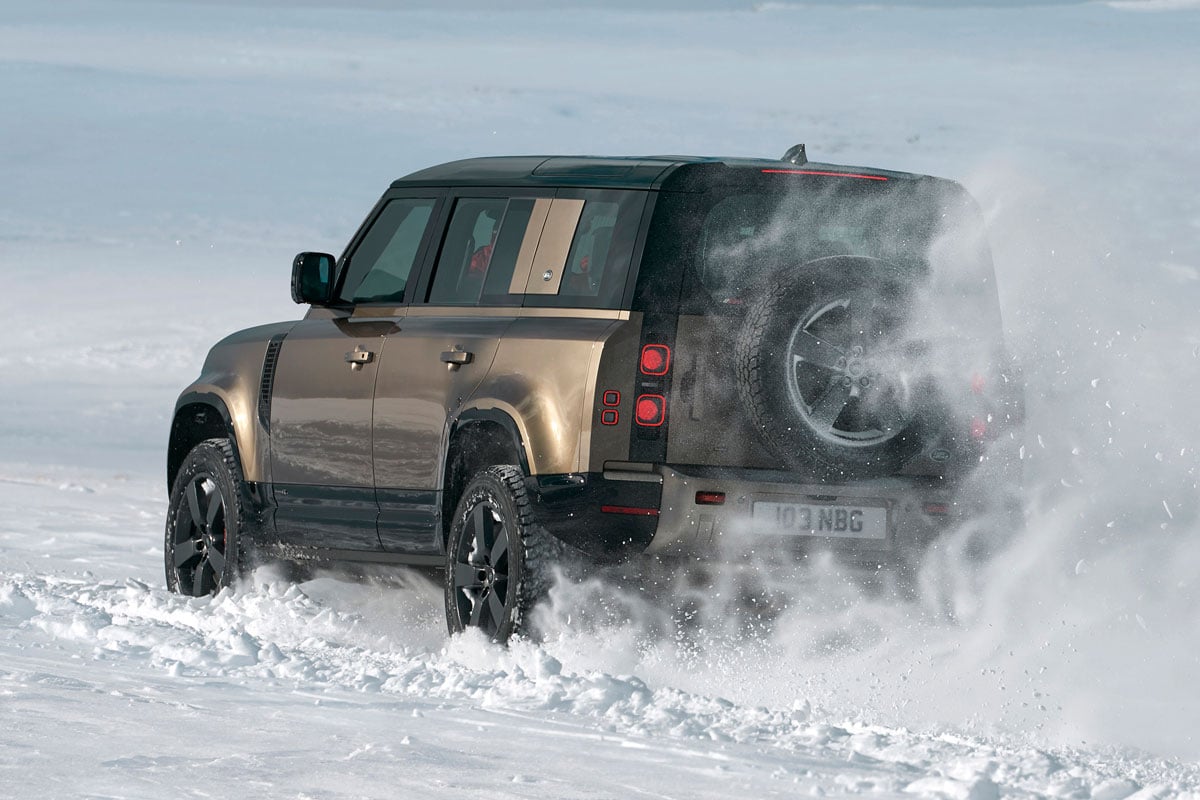 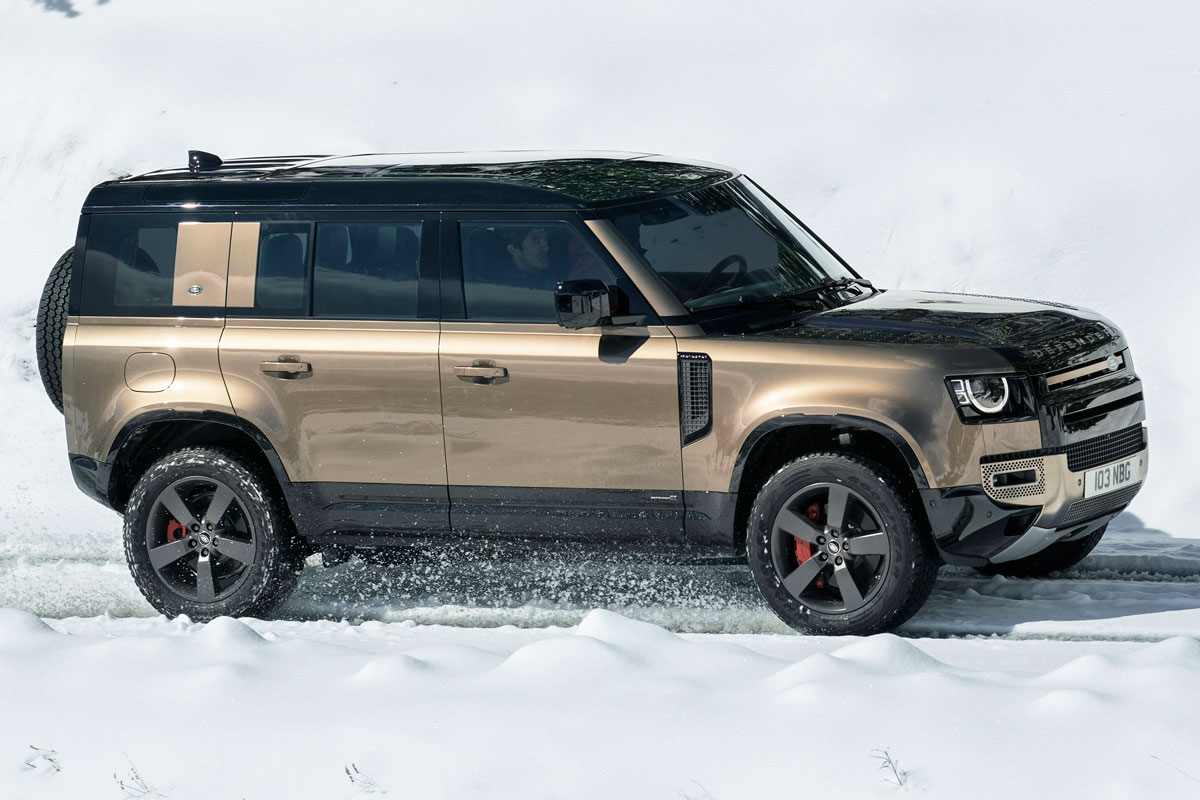 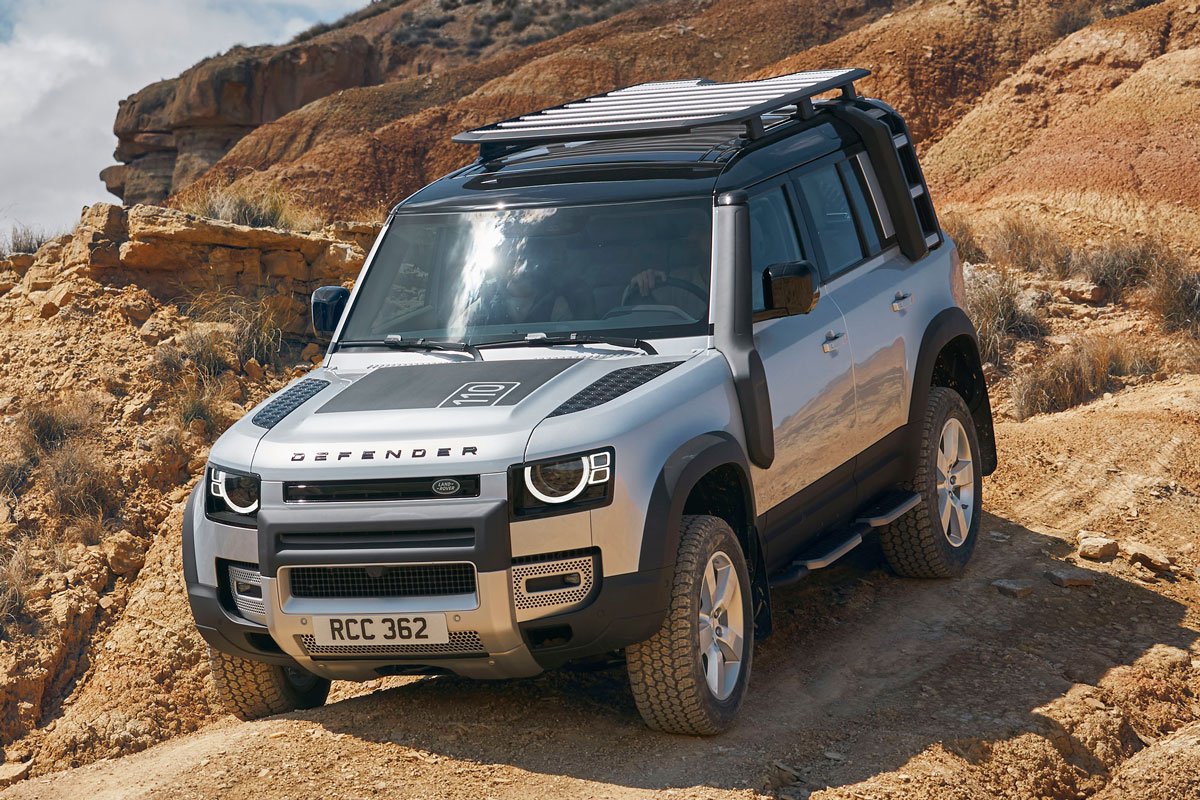 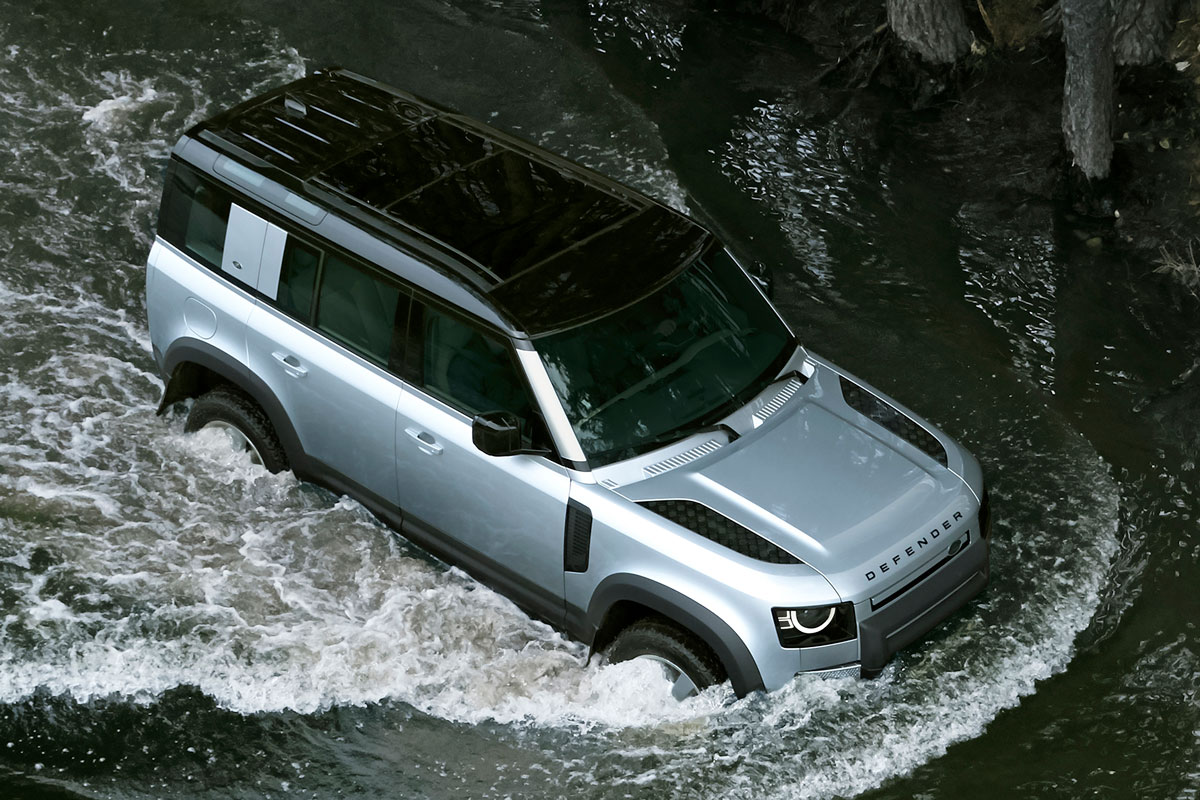 From there it’s brand new architecture starting with an all-aluminium chassis, which the British carmaker says has attributed to its stiffest SUV ever. In the real world this equates to better handling and structural integrity.

Customisation of the new Land Rover Defender model is near-endless with 170 official accessories available. These include things like roof racks, bumper guards, snorkels and winches.

Powering the car for the first time ever will be a plug-in hybrid option that sees a petrol engine paired to an electric motor. There aren’t too many details on this format yet but it should be interesting to see how it fairs in actual off-roading duties. Leading the gas-burning contingency are two four-cylinder turbo diesel engines making 147kW or 177kW with a matching torque figure of 430Nm. Both of these engines are paired to an eight-speed automatic engine.

Those after more performance can opt for an inline-six turbo paired to a 48V electronic supercharger delivering 297kW and 550Nm of torque. That’s enough to see the 0-100km/h sprint dispatched in 6.1 seconds. Full-time four-wheel-drive, locking differentials and height-adjustable independent suspension will satisfy most off-road aficionados. 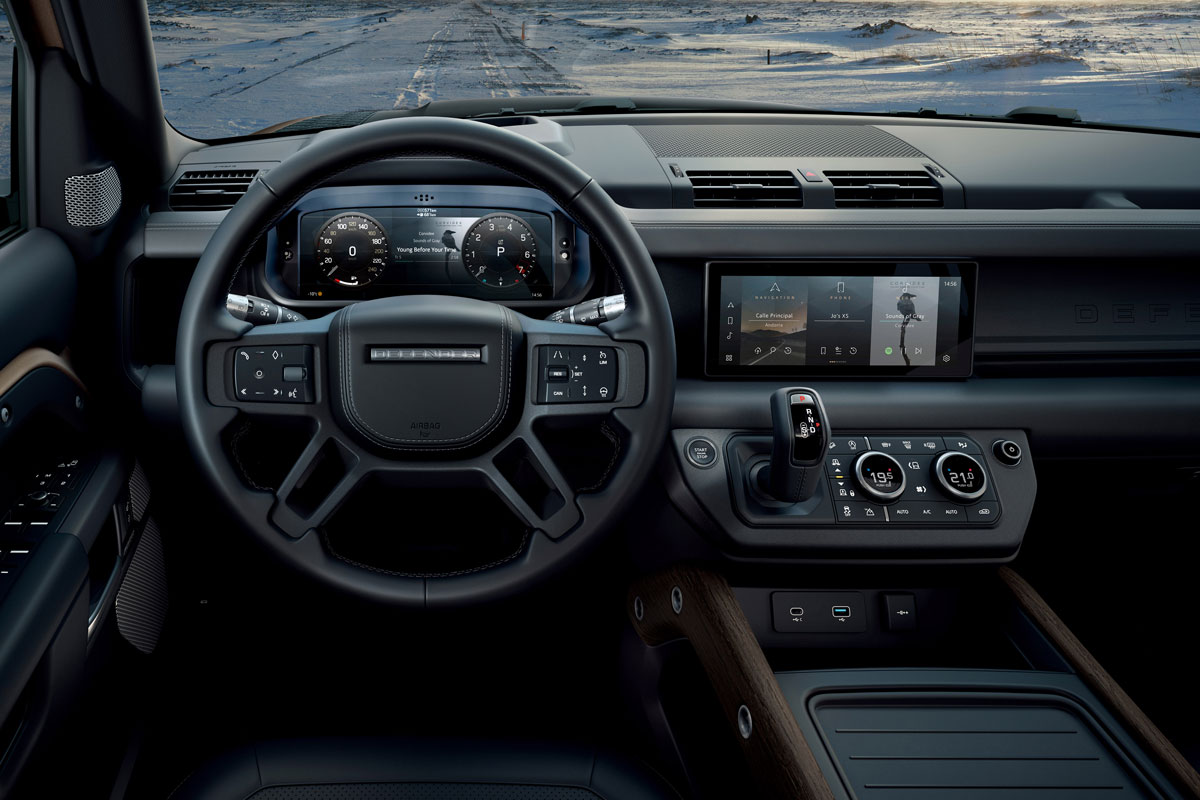 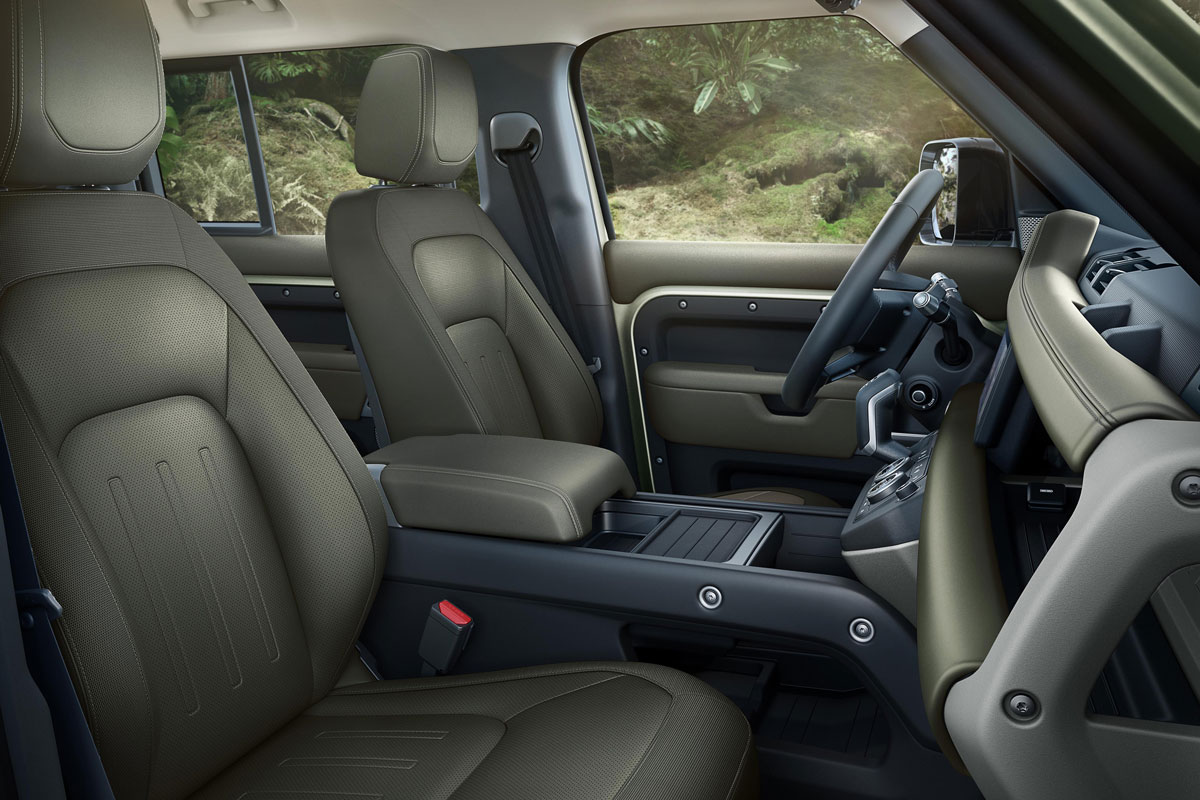 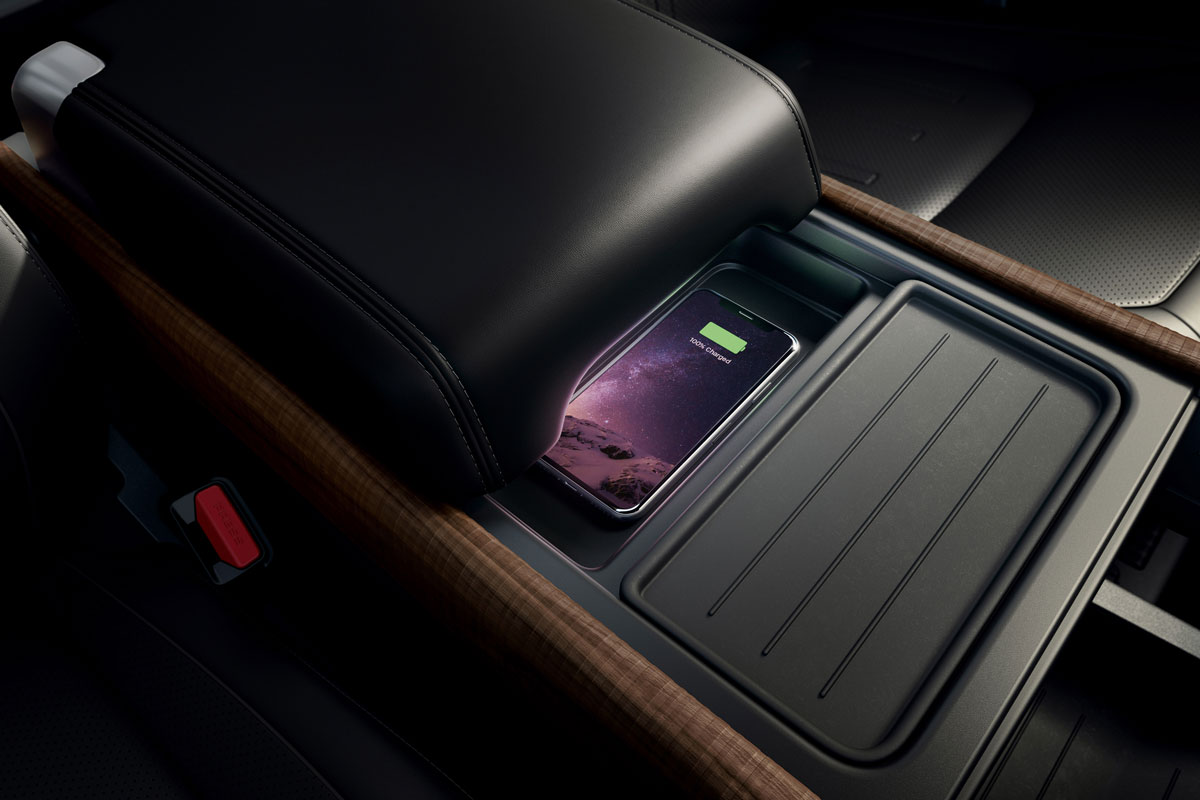 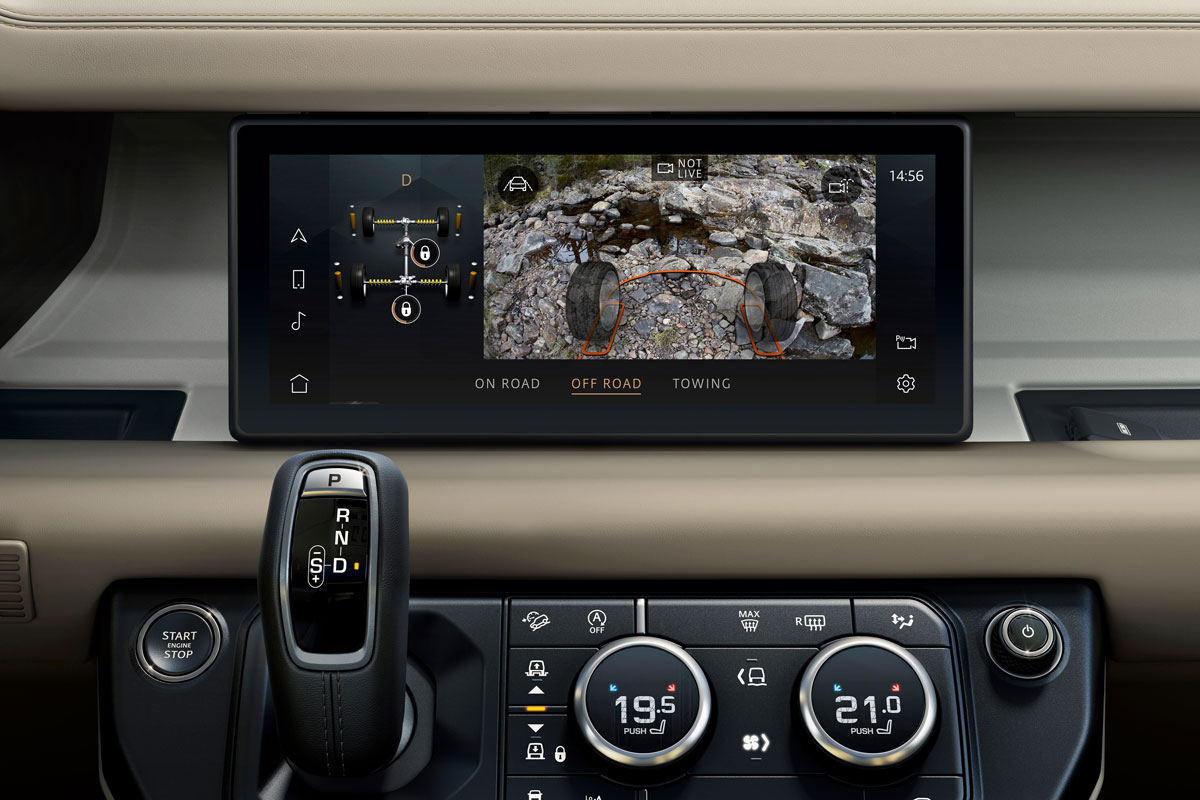 On the inside, passengers are greeted with a much slicker cabin that’s still in DNA. Integrated grab handles, wood trim, exposed bolts and heavy-duty plastic gives the interior a utilitarian look. The Defender 110 has three rows of seats allowing for a maximum occupancy of seven while the Defender 90 has two rows of seats to hold up to six people in a tighter space.

Launching the Defender into the present is a 12.3-inch digital display flanked by a head-up display. Luggage space is also impressive with a 646-litre capacity in the Defender 110. This increases respectively to 1,075-litres with the roof space included and 2,380-litres with the second row folded down. The Defender 90 downsizes this capacity by about 200-litres in each configuration.

Australian customers can expect to see the Defender 110 on showroom floors from June 2020 from a price of A$70,000. The smaller 90 will arrive in late 2020 with an undisclosed price at this stage.