Stephen Corby longed for the day his son would see him as a God again. Thirteen-year-old Corby Jr.'s attention was lost to Fortnite and fending off any form of fatherly affection at the risk of social ridicule. That was until he got dragged along to a bring your child to work day... at 300km/h. If you can somehow manage to put to one side the noxious nappies and the excruciatingly embarrassing supermarket tantrums, parenting is fantastic fun, because it’s a lot like being a God. You are, for that little person at least, The Law, and a kind of super human, and you are genuinely worshipped by them, with fanatical fervour.

And then they grow up, and suddenly parenting becomes a seemingly hopeless battle to at least be noticed by your former acolyte.

There was a time when my son would be beyond grateful if I dropped him off at school in a borrowed Lamborghini, as his friends went goggle-eyed and raved about how cool his dad’s job was. 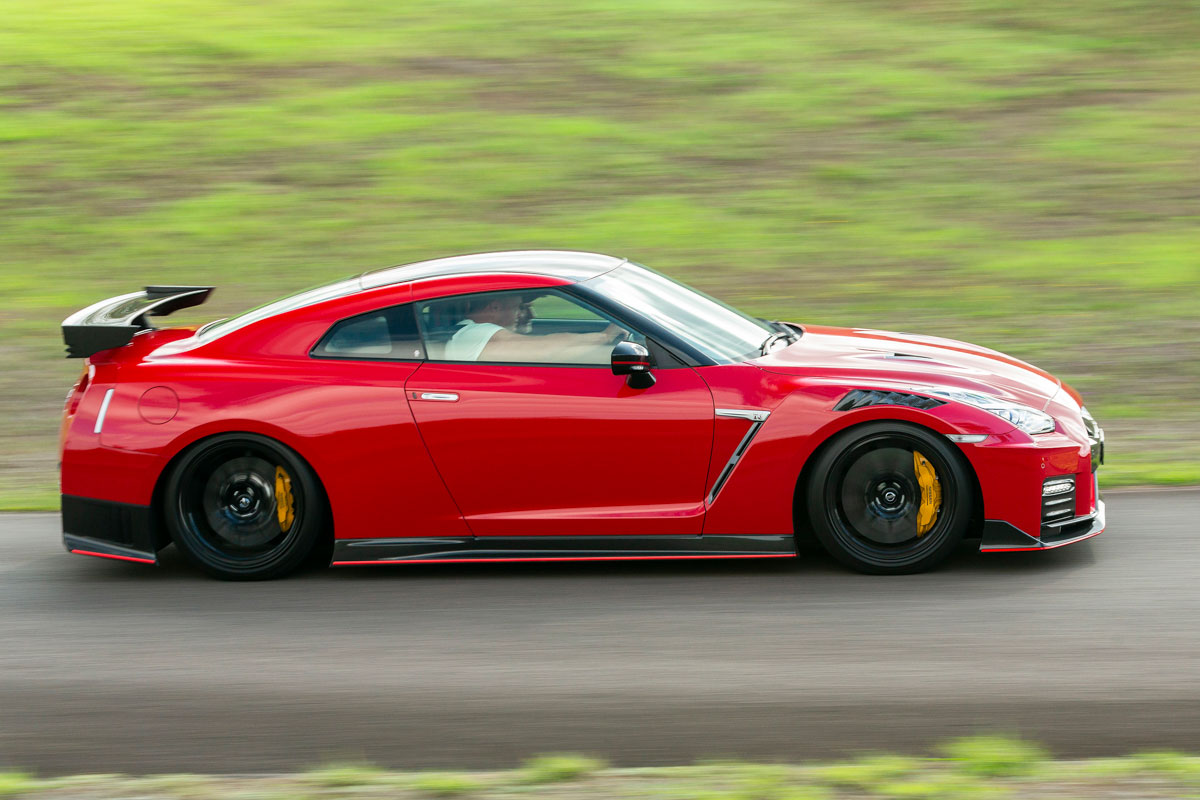 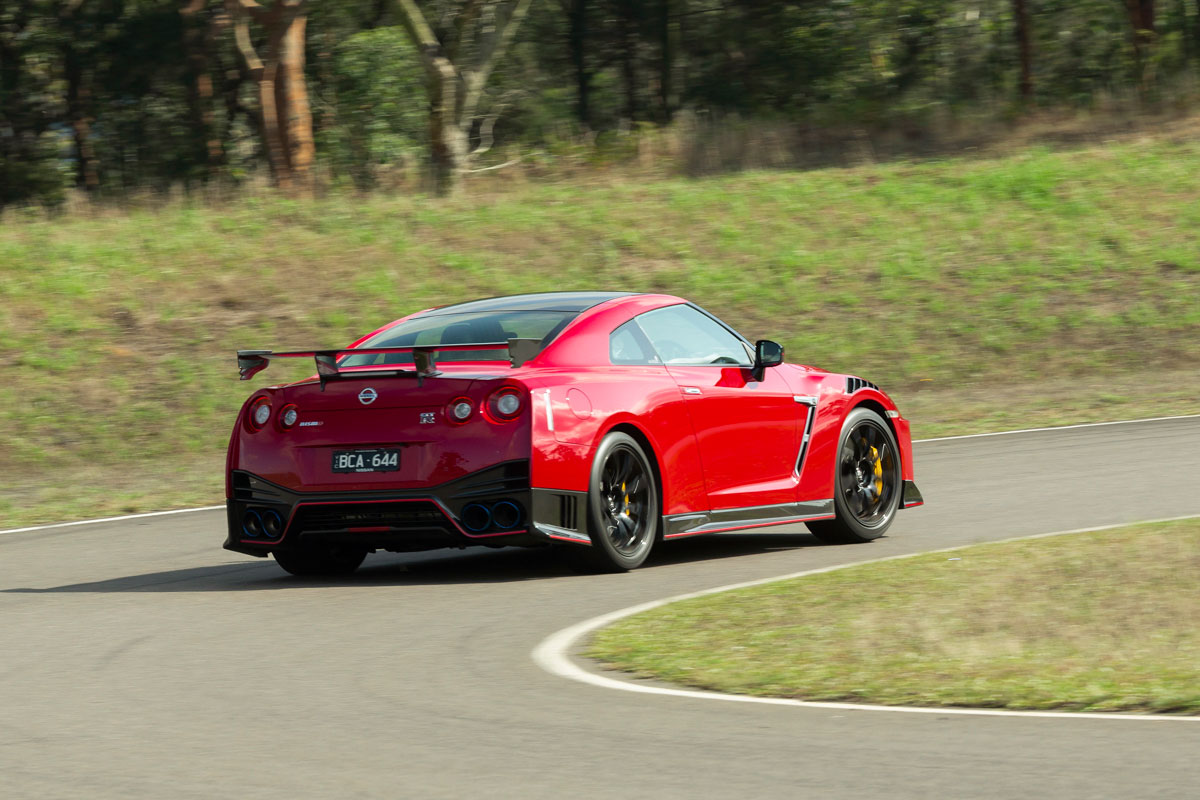 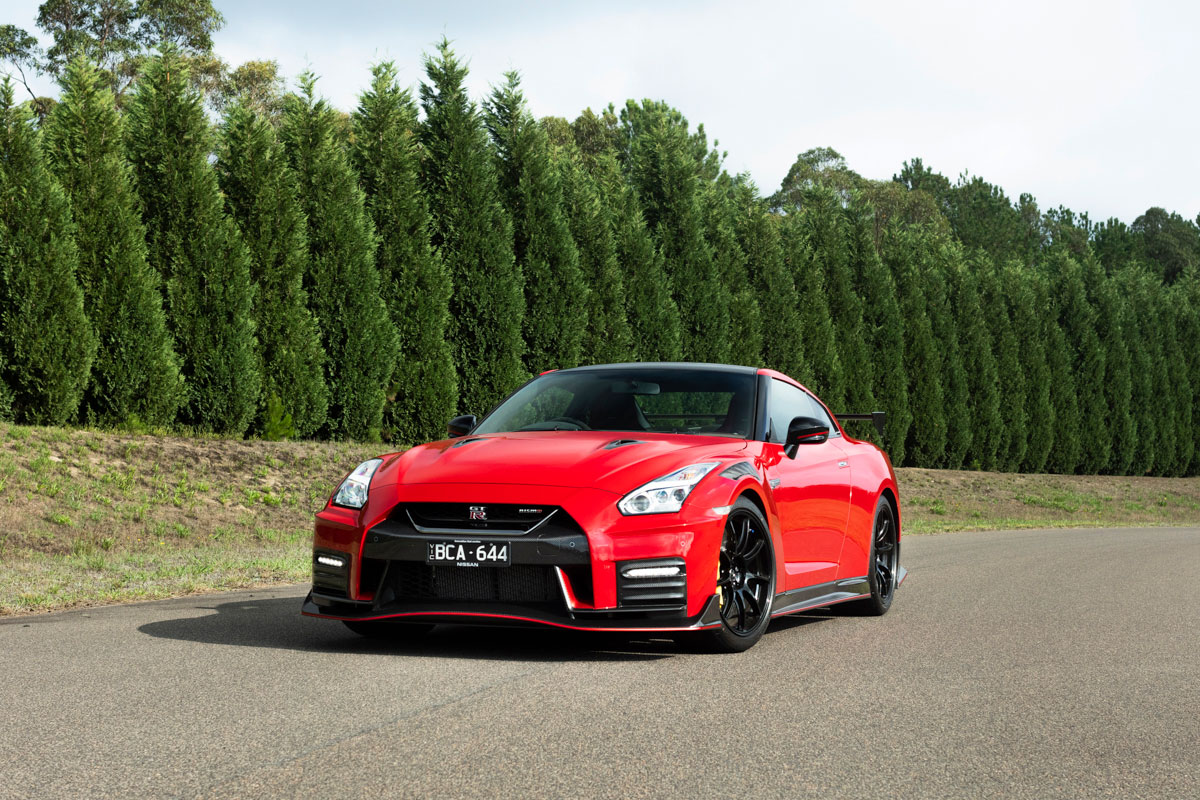 Now, at 13, he would probably prefer it if I was legally restricted from approaching his high school, ever. Fortunately, of course, when no other kids are around and they’re all out of options, even your older children can be quite keen to hang with you, particularly if you offer to take them to work, and if work that day involves driving a Ferrari-beating, $378,000 Japanese supercar around a top-secret, private race track.

Personally, I had high hopes that a day of scaring five kinds of Fortnite out of my beloved boy in the Nissan GT-R Nismo would lead to him seeing me as at least some kind of minor deity again.

Pointing out to him that this legendary car, which Nissan has been making in various, violent forms since 1969, was widely known by the nickname ‘Godzilla’ certainly piqued his interest.

Arriving at the top-secret track, which I can’t tell you anything about, I did suddenly recall just how many trees it has, and how close they are to the edges of the black, grippy bits. I’d also forgotten just how narrow and tight this secret circuit is in places, which would certainly make it a challenge to drive in a car that has the kind of power that compresses your rib cage to the point where breathing becomes difficult. 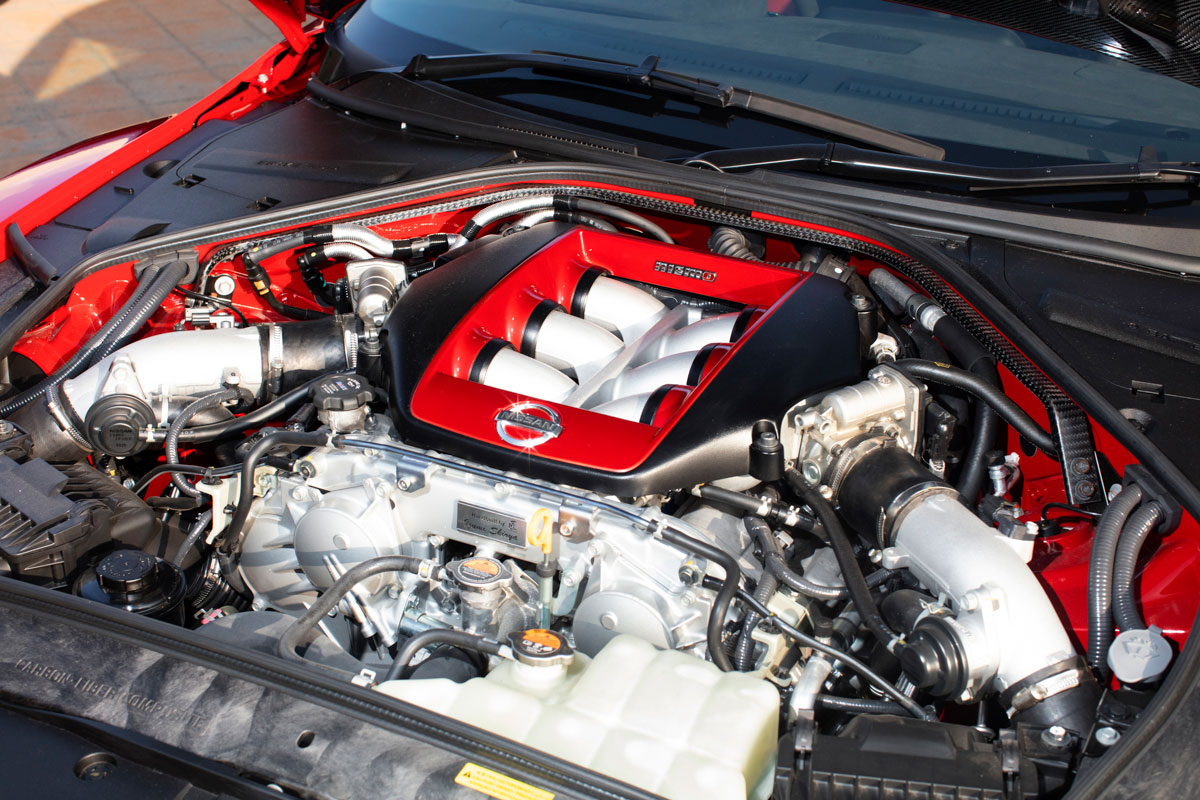 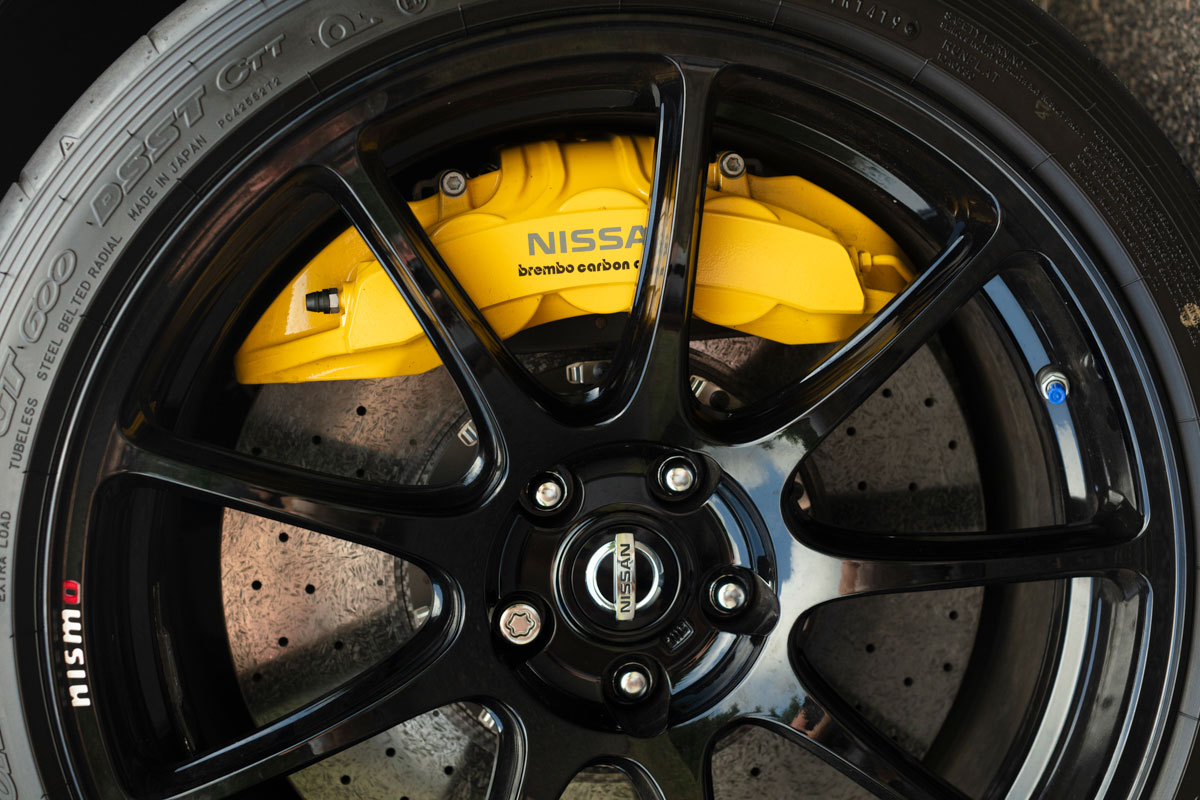 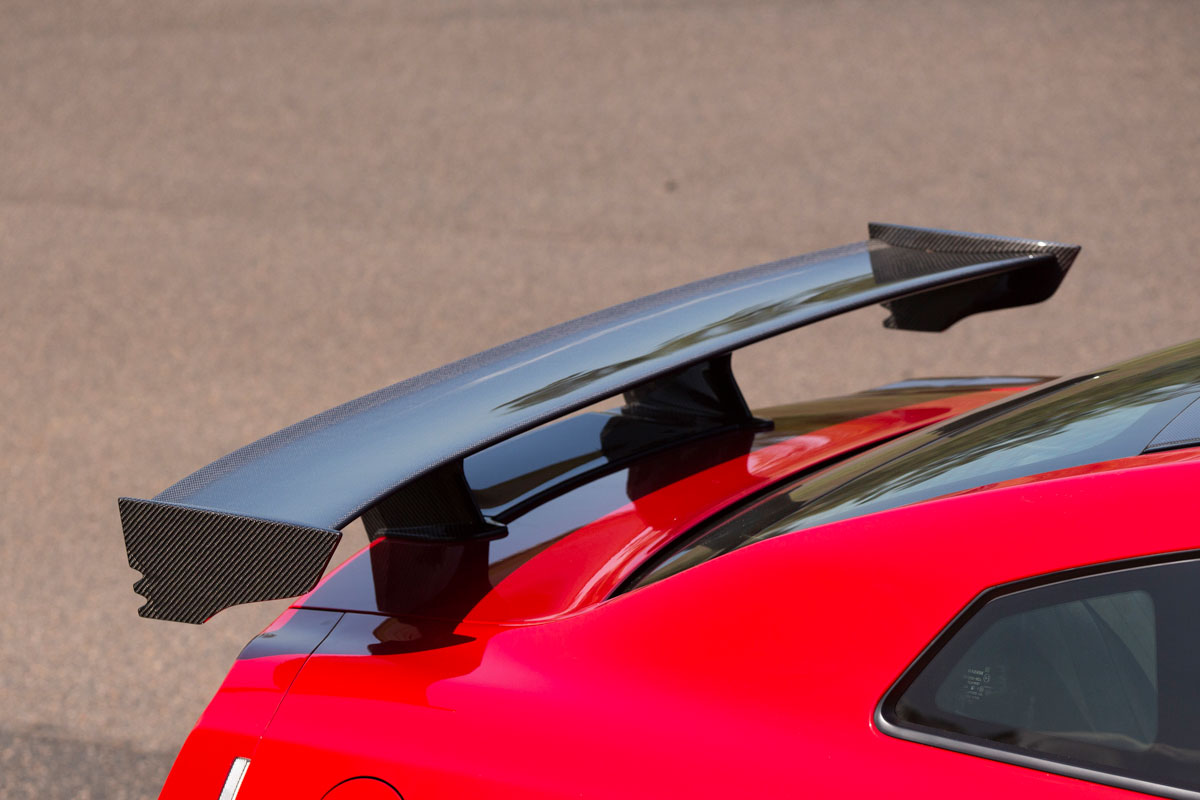 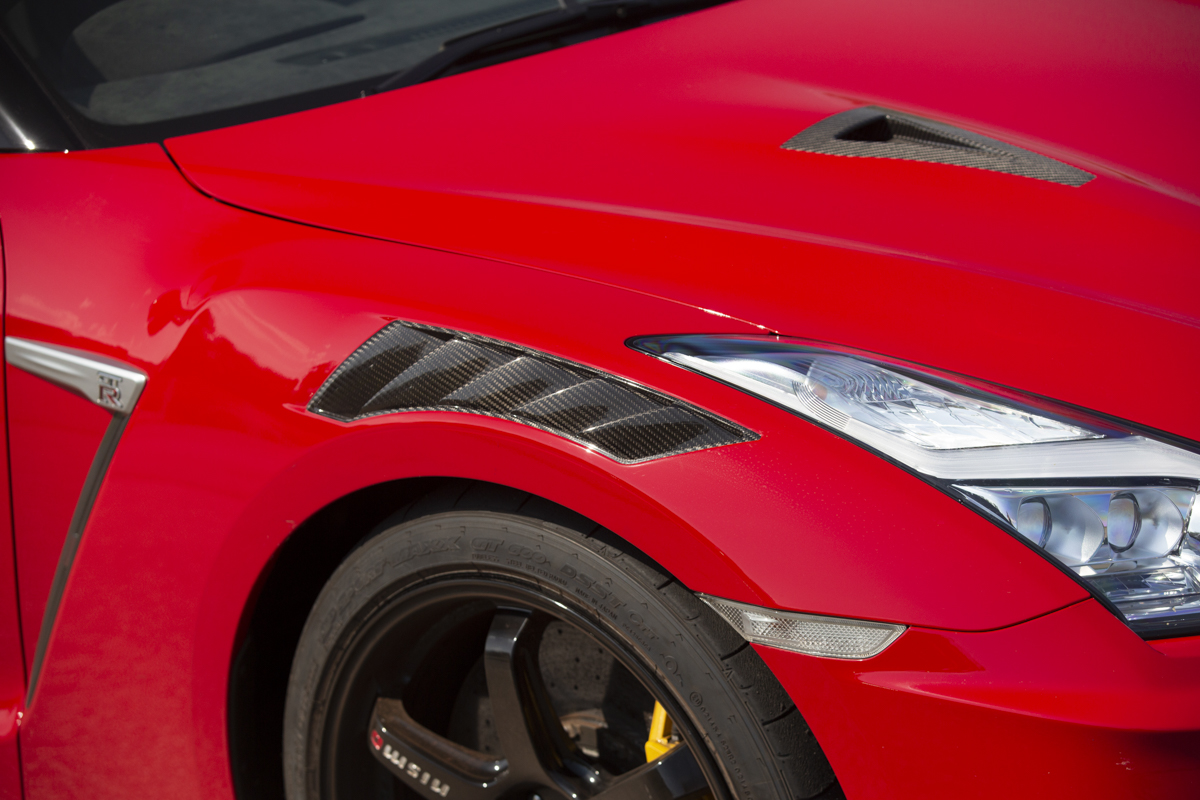 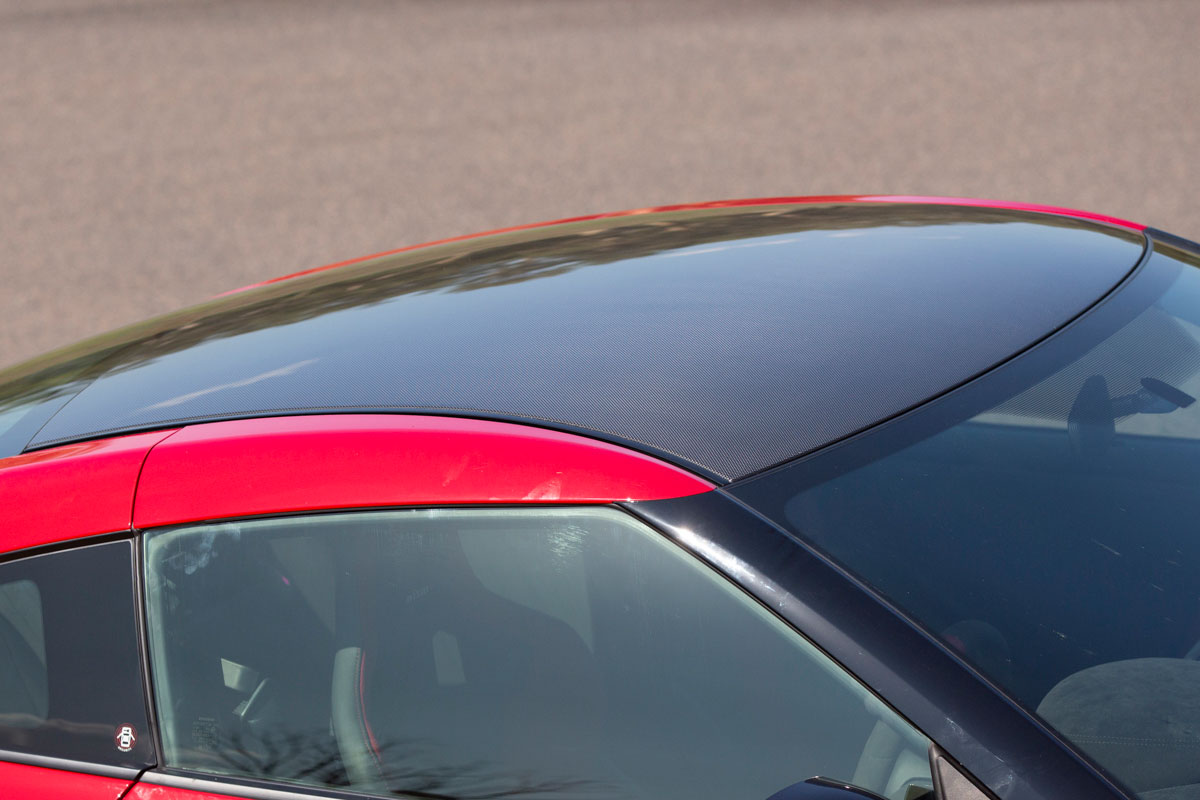 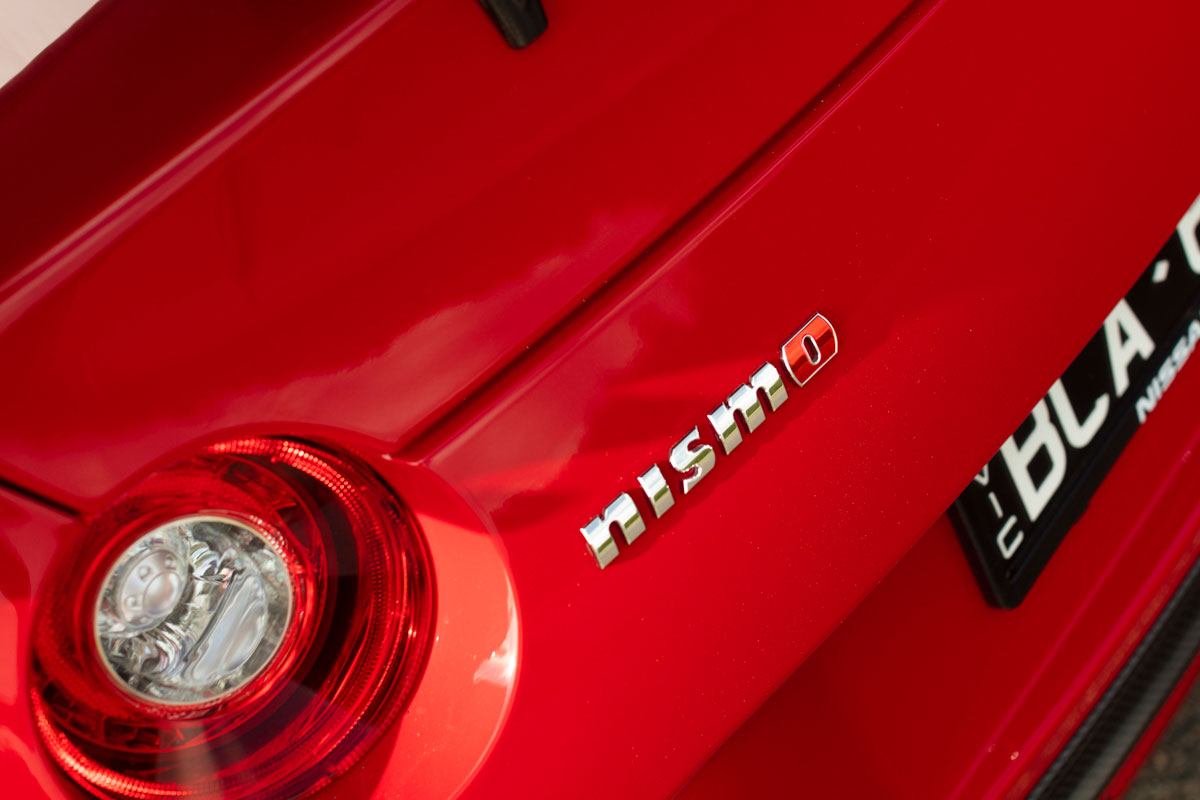 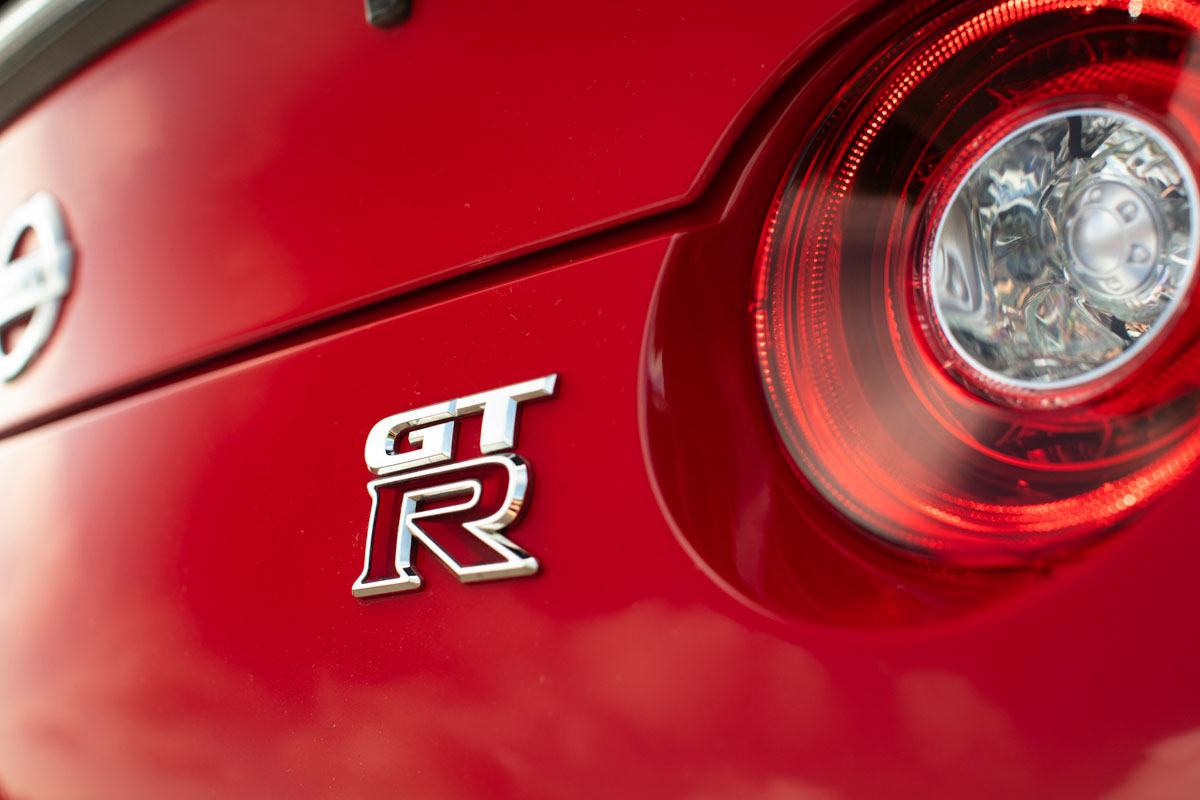 All Nissan GT-Rs are certifiably crazy, and built from the ground up for pure pace and race car-like cornering ability, but this Nissan GT-R Nismo version takes things to another level, extracting a properly supercar-like 441kW from its seemingly small 3.8-litre V6.

It is, of course, an engine that exists at the very edge of engineering possibility, and one that sounds like it is attempting to keep an exploding supernova contained under its bonnet. At full noise, this most evil of all Nissans sounds like a vacuum cleaner the size of a garbage truck attempting to suck up all the matter in a one-mile radius.

It also has phenomenal grip, the kind that had shredded an entire set of very expensive tyres in the hour before we arrived, and preposterous acceleration – try 0 to 100km/h in 2.8 seconds, which is faster than a Lamborghini Huracan – plus a top speed of an alarming 315km/h.

While it would have made sense to acquaint myself with the job of attempting to squeeze all this car into a narrow track – the equivalent of flying a jet at an altitude of 10m through Sydney’s CBD – I was forced to jump straight in, with son on board, and thus felt it necessary to try and impress him.

Honestly, I’m not sure who was more terrified at first, because the way this Nismo-missile accelerates renders most emotional responses mute; all you can do is hang on and try to remember to breathe.

Even in the sharpest corners, as my son was hanging on to the dash, the door trim and his seat like a drowning thing, the big, brutal GT-R feels absolutely nailed to the ground. And just a little bit like it’s laughing at your attempts to find its limits.

Disturbingly, however, and possibly because I drive like a mentalist most of the time, my son had become almost accustomed to the crushing speeds and howling noises by the time we completed our third lap, and had started chatting about other things – like whether what I do for living could actually be called work in any strict sense – and was nowhere near as scared, or impressed, as I’d hoped.

Fortunately, at these events, there are always tame racing drivers hanging around, so I strapped him into the car again with one of those, and then enjoyed watching him stagger out of the Nismo a few laps later, mouth open so wide it was knocking on his shaking knees.

He also reported very much enjoying the PlayStation-like central screen in the GT-R this time, with all its F1-style info readouts, one of which told him he’d exceeded 200km/h. “You didn’t go that fast, Dad.”

I got the same professional to coach me around a few more laps, and with his encouragement and advice I felt this wild weapon of a car really coming alive. By getting on the throttle alarmingly early, and hard, you can pick up even more seconds by using power slides to drive you around corners even faster, although you have to be willing to further torture your organs with g-forces.

The fast and the fatherly 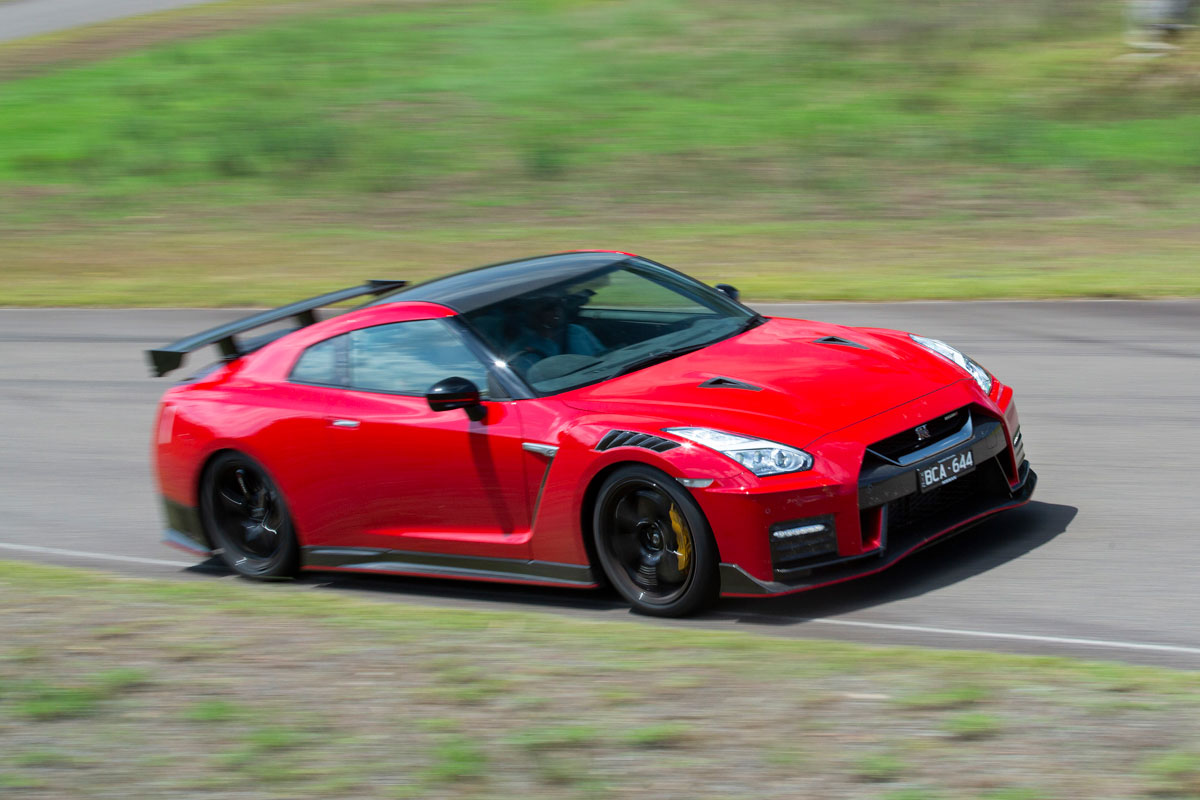 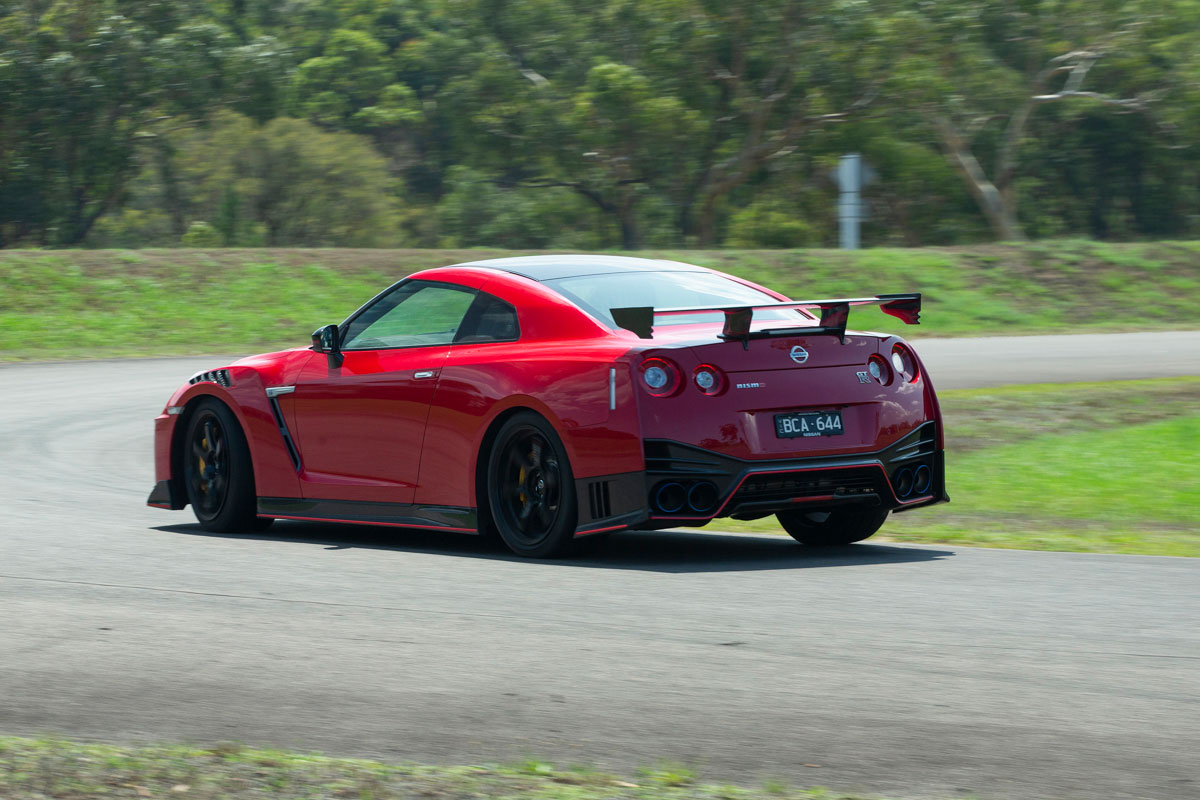 As a track weapon, the Nismo GT-R has very few competitors, but then it would want to be good, because paying almost $400K for a vehicle with a Nissan badge is not an idea that leaps to mind for many people. To drive it is, however, to want one, and it’s fast enough to impress even a 13-year-old boy.

Its one failing is the obvious one; compared to an Italian supercar it looks like a very fast racing pigeon rather than svelte and savage hawk.

As a way of (finally) getting your son’s attention, however, it is very effective indeed.

Read next: This is the McLaren you’ve been missing in your life