Everything you need to know about the Porsche Speedster

The classic car made famous by James Dean has been born again into a truly special edition – and this Speedster has to be driven to be believed. When Porsche says that its Speedster – a car so genuinely “classic” that it was long ago made famous by James Dean (it was the Porsche he owned before the one he killed himself in) – is a limited-edition, very special vehicle, it’s no joke.

In one previous iteration, the 993 series, Porsche made just two Speedsters. Yes, literally two. One for the boss of the company, Ferdinand Alexander Porsche, and the other for Jerry Seinfeld, who has one of the world’s largest Porsche collections.

It’s a safe bet that one of the limited run of 1948 versions of the latest, and by far greatest, iteration of this iconic car, the just-launched 911 Speedster, has already got Seinfeld’s name next to it.

That means there are just 1947 (the 1948 sounds random, but it was chosen for the year the first ever Porsche was made) left for the rest of the world, and that, very sadly, perhaps only 30 or fewer, might make it to Australia.

While it is, without doubt, the best Porsche we’ve ever been lucy enough to drive, and its rarity and beauty will unquestionably make it a collector’s item, it’s not a car for every budget, priced from $604,800. It’s also manual only, so if you’ve got a lazy left foot, you’re out of luck.

And yet still, it’s rumoured that as many as 100 Australians have put a deposit down and are begging their local dealer to help make them one of the lucky ones to part with more than half a million for a car that very nearly came without a roof (and does come without a stereo, satellite navigation, touch screen, and so on, all in the interests of saving weight, and thus increasing performance).

Andreas Preuninger, the man in charge of the Speedster project, or what he calls “an affair of the heart”, pretty much summed up the purist attitude that defined the creation of this very special Porsche when he admitted that he didn’t want this perfectly crafted open-topped car to be spoiled by a roof.

“If it’s raining and you’re getting wet, you’re just not driving fast enough, that’s how I wanted to justify it,” is how Preuninger – whose normal job is running Porsche’s GT, racing-cars-for-the-road division – describes his desire, with a straight face. 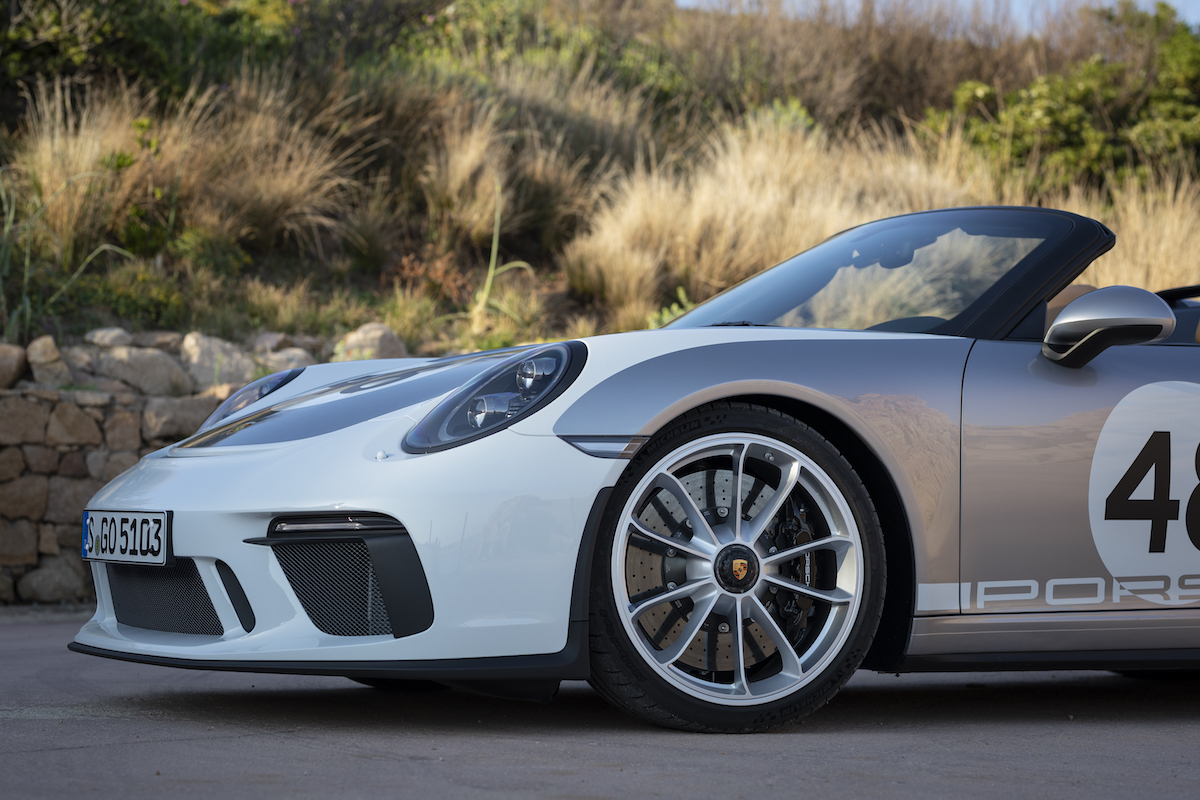 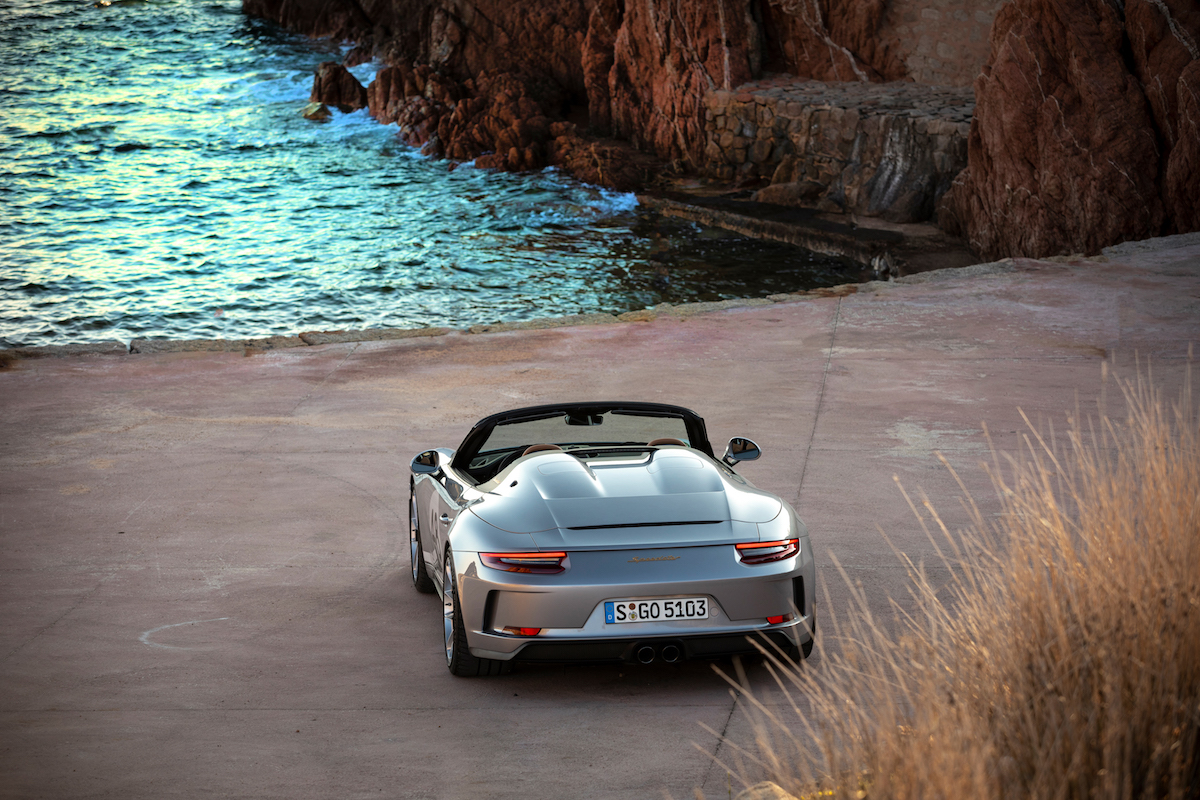 In the end, as part of the drive for the Speedster to be as light as possible, it’s got a folding fabric roof, which you have to get out of the car and attach by hand.

What becomes clear about this Porsche, as soon as you sit in it and fire up its incredible, naturally aspirated 4.0-litre, flat-six engine – which revs all the way to 9,000rpm – is that Preuninger and his team were told to simply make this car as perfect as possible, and damn the expense. Creating the unique line of the windscreen, for example, involved retooling a production line and cost “millions” of euros.
The Speedster is, after all, Porsche’s 70th birthday present to itself, and what a gift it is.

Its clear physical beauty aside, it is perhaps the greatest driving car the company has ever made, with a quality of ride that can only be described as flawless; soaking up harsh surfaces while still making you feel entirely at one with the road.

Its six-speed manual gearbox is quite simply the slickest and sweetest I’ve ever used, and holding it in third as the car screams its way past 160km/h is an enervating thrill. Because it is a manual, of course, it’s not as fast as it could be with a clutch-less, flappy-paddle gearbox – 0–100km/h takes four seconds flat, and 0–200km/h just 12.2 seconds. Trust us, it really does feel fast enough.

The engine is sourced from the legendary 911 GT3, but it has been improved upon to make 375kW at 8400rpm and 470Nm at an also soaring 6250rpm. This car loves to be revved, and makes a stunning sound while doing so. 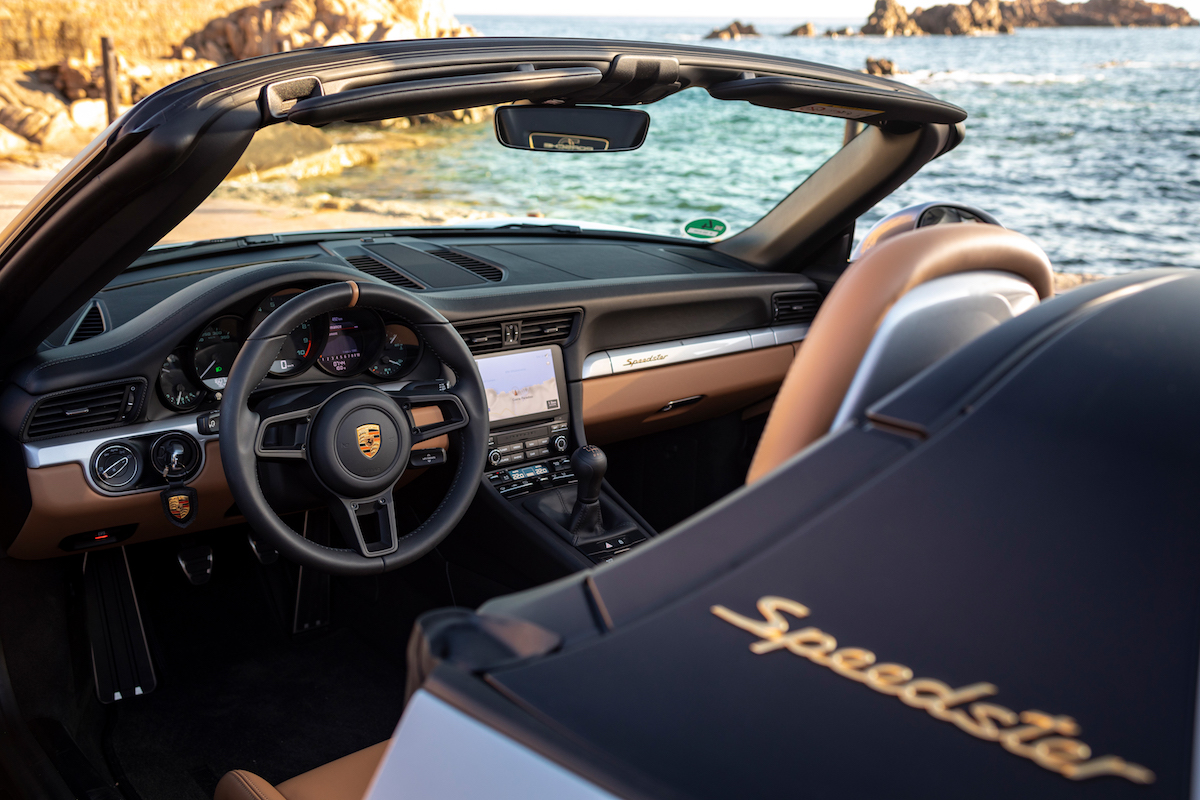 It also becomes the first production car ever built, anywhere, to be fitted with individual throttle bodies; a bit of racing-car technology that is extremely difficult, and expensive, to master. What it does, in simple terms, is improve the throttle response to the point where the car seems to accelerate before you’ve even decided to do so.

It is this ability that makes the Speedster feel so much quicker than the stopwatch suggests. The way it can fire out of corners, with just the lightest application of throttle, has to be enjoyed to be believed.

Then there is the steering, which also comes perilously close to perfection, and the brakes, which are as tireless as they are awesome. Overall, though, there is just this feeling of being in a machine that is complete, pure and perfect, a car on which no expense has been spared, and no engineering effort wasted.

A colleague and I spent a whole day driving a Speedster around the Italian island of Sardinia and attempting to find even a single flaw in it. We pretty much failed, finally declaring that the racy, carbon-fibre seats are a bit tricky to get into and out of.

The Porsche 911 Speedster, then, is a modern classic, a limited-edition special that is truly special.