Once inside the Porsche 911 GT3 Touring you’ll realise this is a road racing car, albeit the most subtle-looking one ever created. Driving Porsche’s 911 GT3 Touring through inner suburban Sydney is about as wise as taking a giant, rough-necked Rottweiler for a walk through a childcare centre.

Sure, people will stare at you, quake in fear at the gruff growling noises and possibly run away, but you’ll pay for it, because you’ll feel like your arms are coming out at the sockets.

The great thing about most 911s is that they are a carbon-fibre fist in a natty leather glove – comfortable around town, pleasant and pliable at low speeds and yet capable of getting your heart racing once you reach your favourite open road – but the GT3 is an iron first wrapped in an iron maiden.

The standard GT3 looks almost as dangerous and intense as an ancient torture device, with its vast rear wing marking it out as something very different to the standard cars. 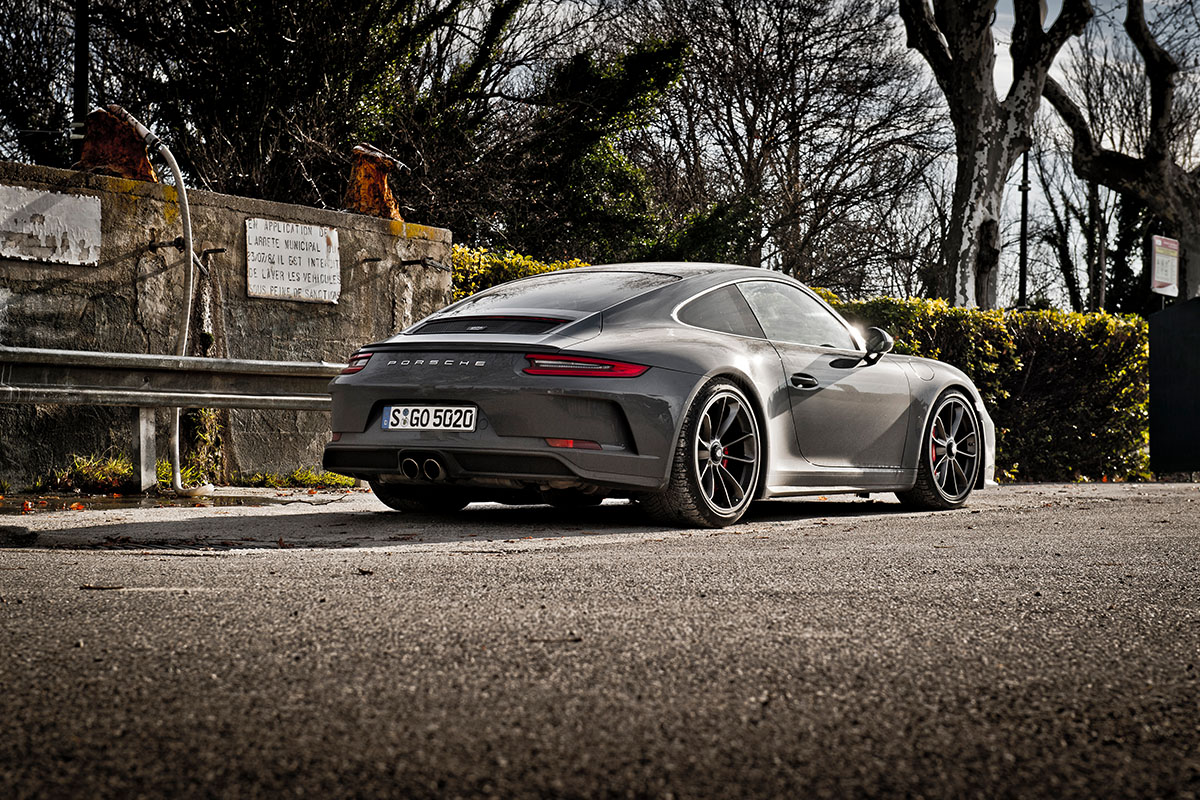 But this Touring version, which costs a hefty A$326,800 (plus another A$39,000 in options in the one we drove), seems to be trying to hide its craziness, using a pop-up spoiler to provide the downforce of the deleted wing, and only revealing its true nature with some subtle badging.

Look closer at the interior, however, and you’ll notice that it features some very race-car-style seats, which offer little adjustment and even less comfort (less, it seems, is what you get for your extra money but, in the power-to-weight world of extreme speed, less IS more).

Climbing in and out of these steep-sided bucket seats is, rather aptly, like being jammed into an extreme roller-coaster. Not even a gymnast could make stepping out of this GT3 look classy, or enjoyable.

Picture sitting in a tumble dryer that’s been fired into space on a rocket and you’ll have some idea of the noise.

Once you’re in, and rolling, you quickly realise just how much this car is a race car for the road, albeit the most subtle-looking one ever created. All sound-deadening seems to have been removed, so there’s a metallic clatter – like a small child playing the drums on your pots and pans – all around you and rocks fire into your undercarriage like shotgun pellets.

Excitingly, this means that as the noise from the engine rises, it sounds like the huge, 4.0-litre six-cylinder flat engine is in the rear with you, perhaps hiding under what used to be the back seats (they’ve been removed as well, to save weight). 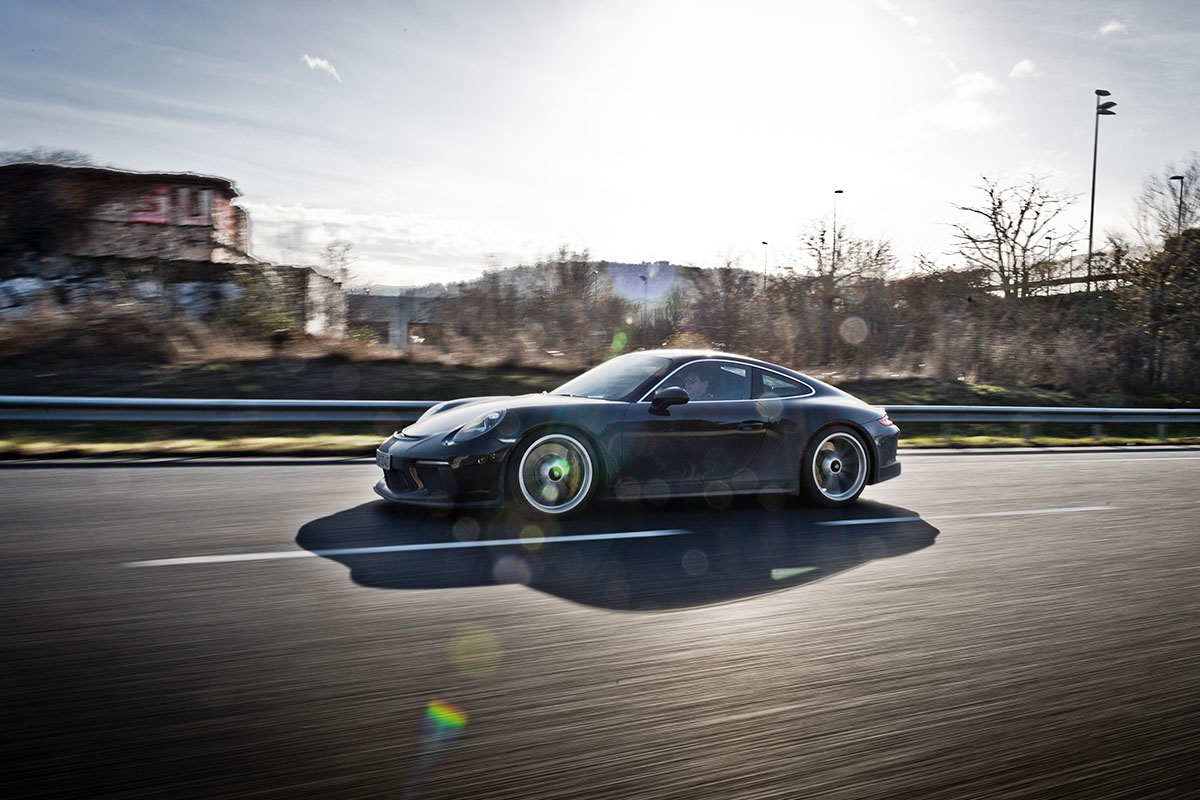 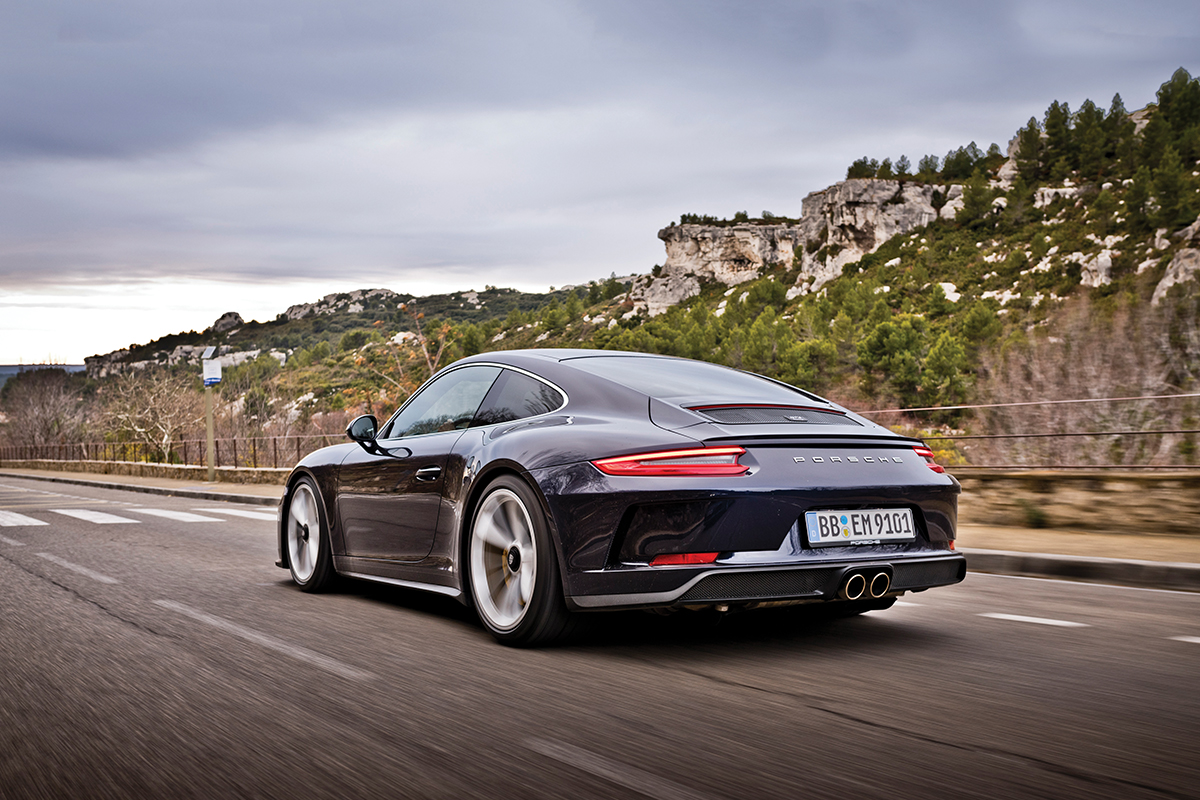 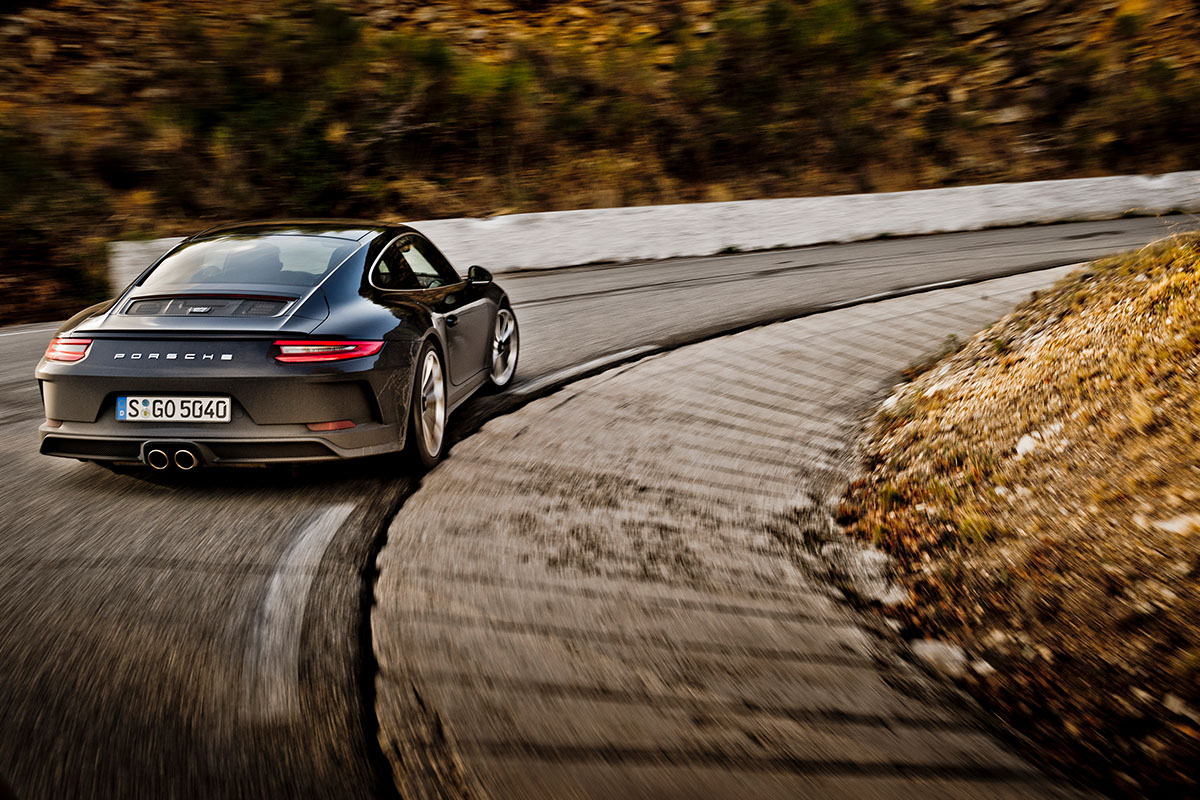 Attempt to drive this road-sniffing beast through a suburb with speed humps, school crossings and narrow streets, as I did, and you’ll notice quickly just how low to the ground it is. Anything higher than a matchbox is a problem, and you’re constantly using the hydraulic nose lifter to avoid scraping.

What’s also clear is that road-racing cars like the 911 GT3 are more concerned with intimately connecting you to the ground than comfort. Drop off a speed hump too quickly and it can feel like someone has applied a cricket bat to your coccyx.

So why would you put up with all this inconvenience, and pay so much to do so? Well, that only becomes clear once you leave inner Sydney and find a twisting bit of blacktop on which to unleash all of the GT3’s angry 368kW and 460Nm.

Doing so should require earplugs, and a bump in your life insurance, because the experience of exploring its true potential, which becomes clear as you soar through the 5,000rpm mark and push it all the way to redline at 9,000rpm, is overpowering.

The experience of exploring its true potential, which becomes clear as you soar through the 5,000rpm mark and push it all the way to redline at 9,000rpm, is overpowering.

Picture sitting in a tumble dryer that’s been fired into space on a rocket and you’ll have some idea of the noise. 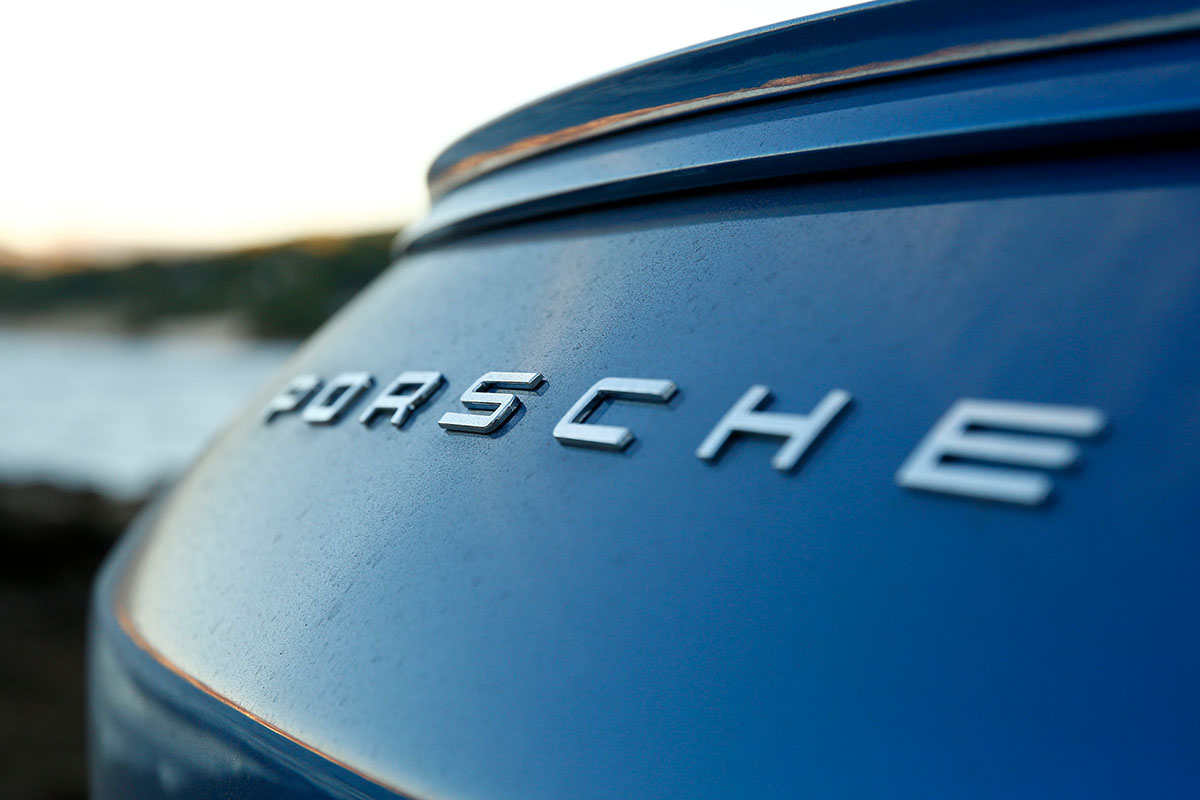 The driving experience, however, is sublime, because the 911 GT3 has so much grip, so much grunt and such a visceral connection to your body through steering wheel and pedals. Corners aren’t so much driven through as obliterated, and the brakes are so powerful and feelsome, that you can dive later into bends than in a mortal car.

Such are the GT3 Touring’s talents, in fact, that it can turn a good road into something that feels more like a race track. And your speeds will feel racy, too, with a 0 to 100km/h time of just 3.9 seconds and a top speed well north of 300km/h.

By far its greatest feature, though, is the six-speed manual gearbox. Porsche has always made wonderful manuals, but this one has a more mechanical, purist feel to it, and each shift is accompanied by steampunk sounds and a sense that you are engaging in something mechanically precise.

It is the difference between listening to an old vinyl record and a digital download – old school, but somehow richer and more pleasing.

Get the three-pedal dance right on a series of down shifts – pounding the brakes, blipping the throttle, then mashing it down again – and this car will make you feel like a driving god.

And when you climb out, spine slightly aching, you can’t help but be impressed by its beauty, because it is not ugly or whale-tailed like the run-of-the-mill GT3. Instead it has all the pure-bred style of a lesser 911, but with a lot more bite.

Yes, the 911 GT3 is annoying around town, to the point where you will most often find yourself choosing one of your other cars (perhaps one of your other 911s) for school runs and cross-city commutes, but when you get the chance to drive it properly it will reward your patience, and do so a thousandfold.

Can’t get enough of Porsche? Take a look inside the world’s biggest and most thrilling Porsche festival.