Inside the world’s biggest and most thrilling Porsche festival

More than 81,000 car aficionados gathered at the monumental Rennsport Reunion VI to celebrate the 70th anniversary of Porsche’s first sports car in California. Take a look behind the scenes at the incredible collection and rare Chopard timepiece reveal. 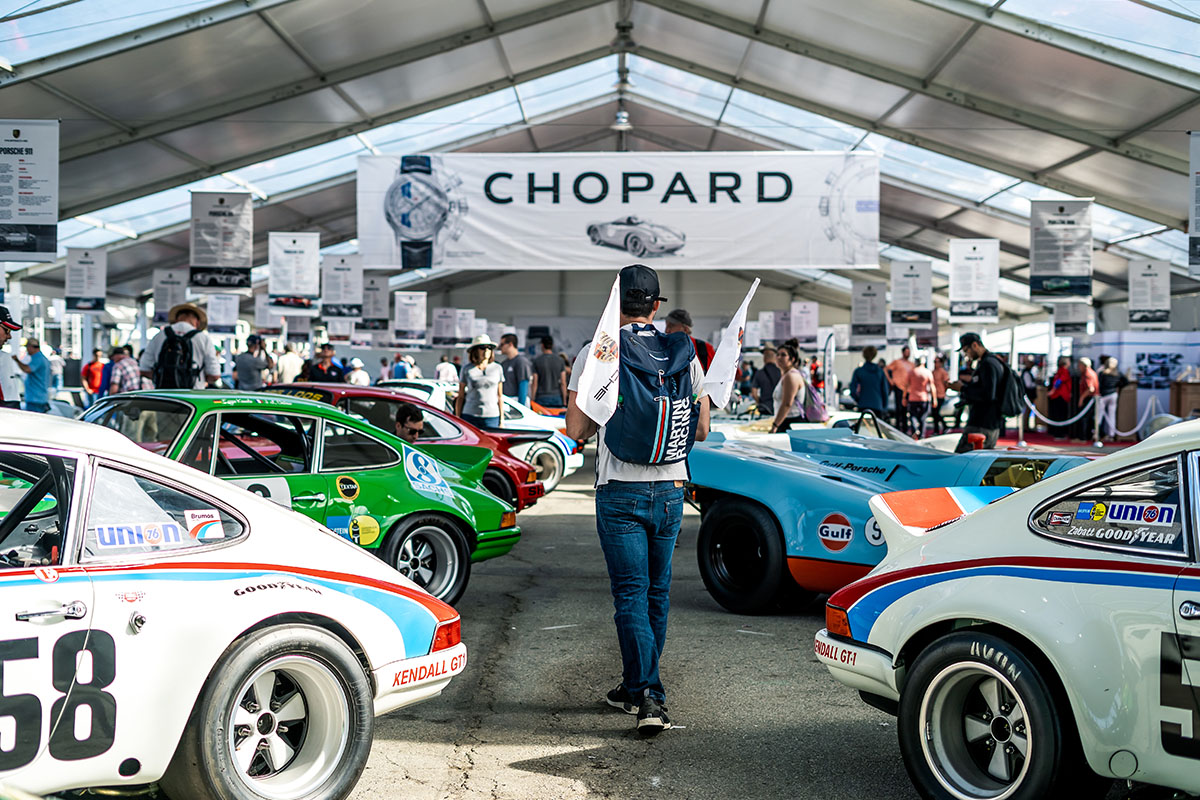 Everything from the blistering-fast 919 Hybrid Evo to an original striking-red Porsche tractor was on display for champion drivers, engineers and motor enthusiasts, to bask in the glory of Porsche’s rich history.

Chopard celebrated the significant anniversary with the German motor company at a mesmerising Californian event which caught the attention of more than 81,000 car aficionados and offered an immersive experience into the history and culture of Porsche.

The monumental Rennsport Reunion VI, the world’s largest Porsche festival, marked the 70th anniversary of the first Porsche sports car with a display of 2000 spectacular models. 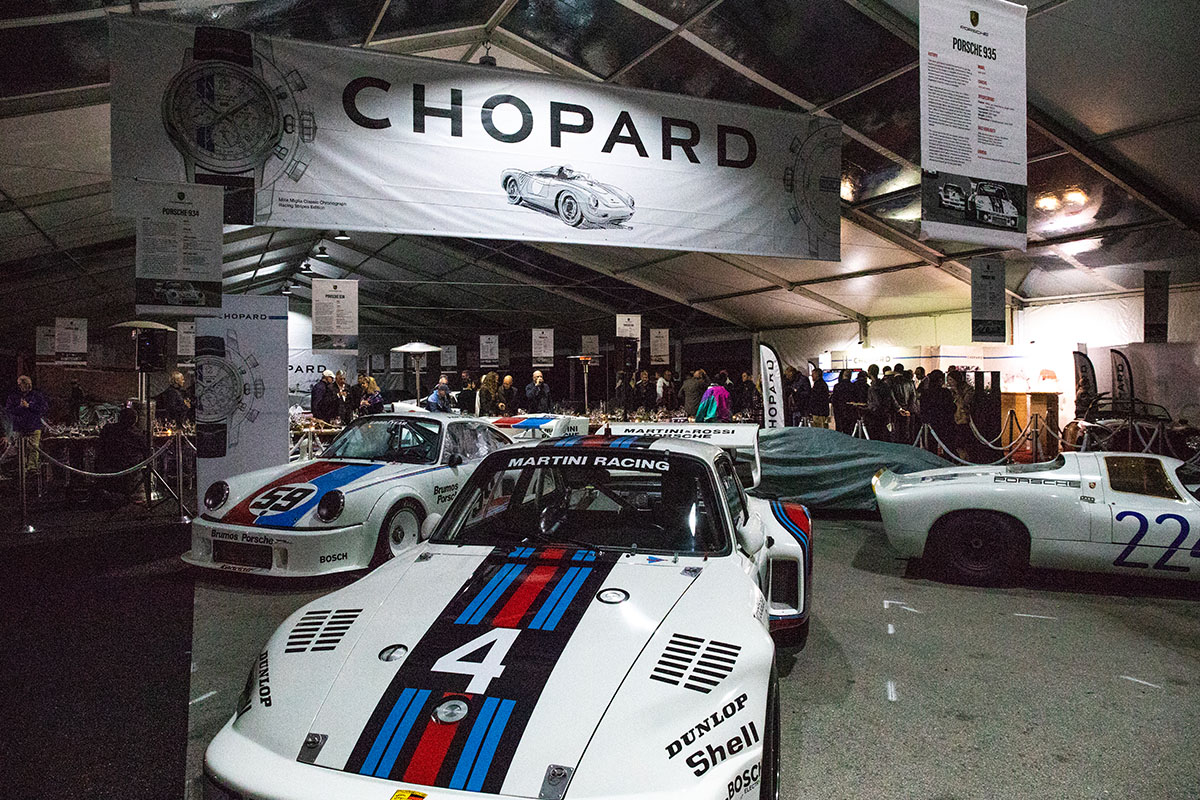 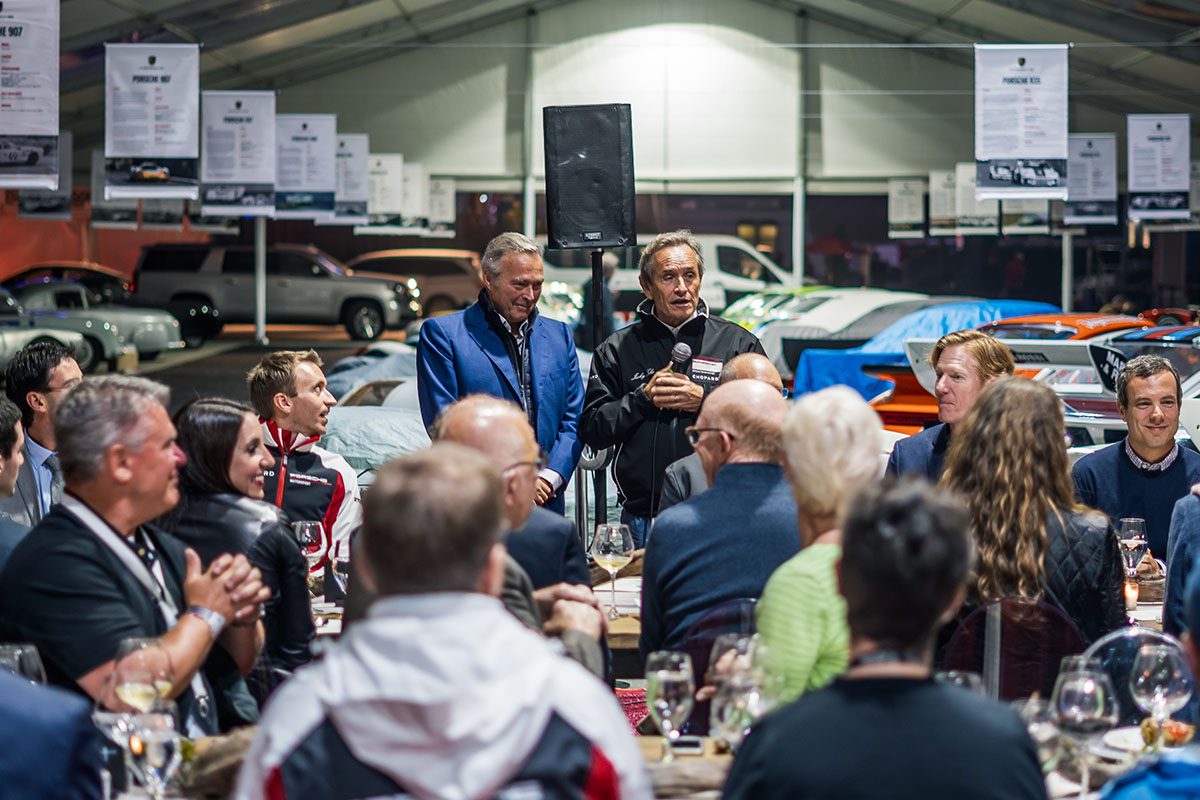 Karl-Friedrich Scheufele and Jacky Ickx at the Chopard dinner “Every Porsche car has a soul, and Rennsport has its own soul thanks to the emotional response of enthusiasts who come from around the world,” President and CEO of Porsche Cars North America Klaus Zellmer says. “We are deeply grateful to the champion drivers and brilliant engineers behind more than 30,000 Porsche motorsports victories so far – who help us develop on the track what we bring to the street.

“Celebrating this heritage together with the extended Porsche family of fans made Rennsport Reunion VI the biggest and best yet, and the most thrilling.”

“Every Porsche car has a soul, and Rennsport has its own soul thanks to the emotional response of enthusiasts who come from around the world,” – President and CEO of Porsche Cars North America Klaus Zellme

The four-day event, which first began in 2001 as a way to honour the European company’s legacy, was held at Laguna Seca near Monterey, US, and was flooded with the roaring sound of engines and aroma of premium fumes from uniquely restored cars to blazing hot-rods.

An exceptional collection of the world’s most famous race cars, which have been driven to victory by the likes of Hurley Haywood, Derek Bell and Jacky Ickx, was paired with a customised display of Chopard timepieces including watches from the Class Racing collection. 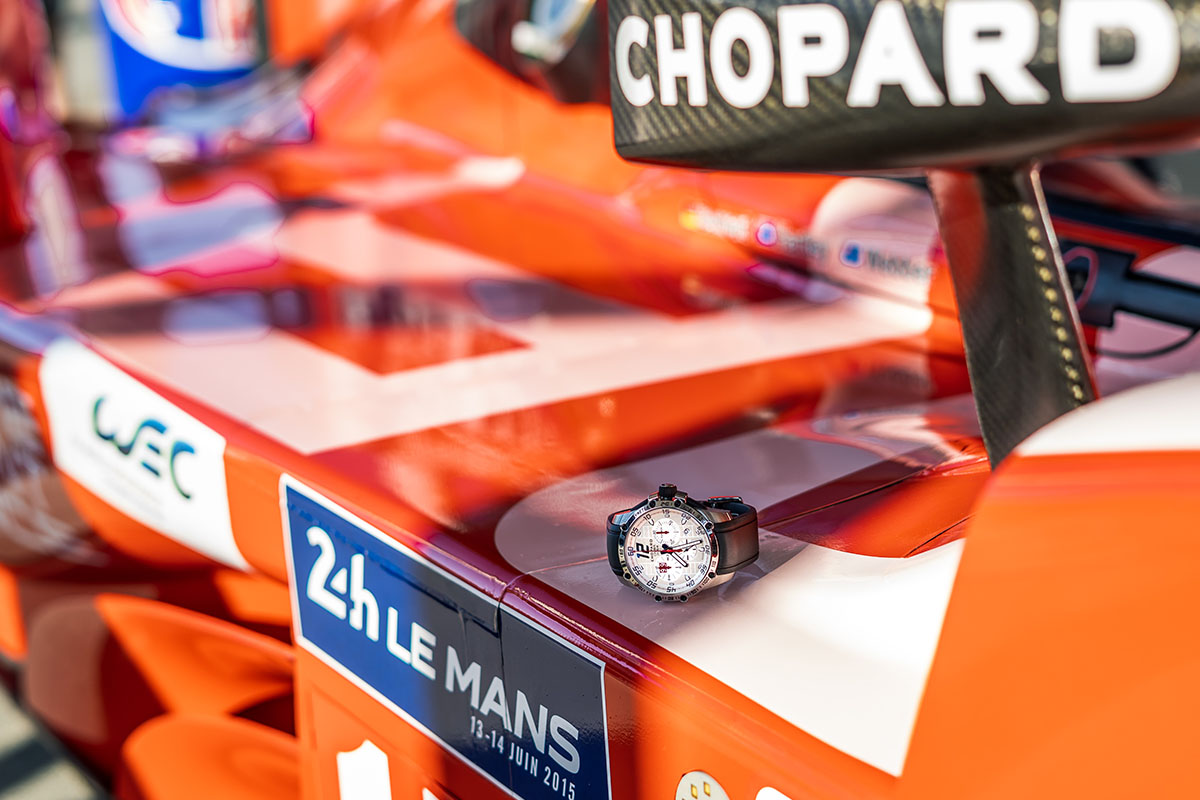 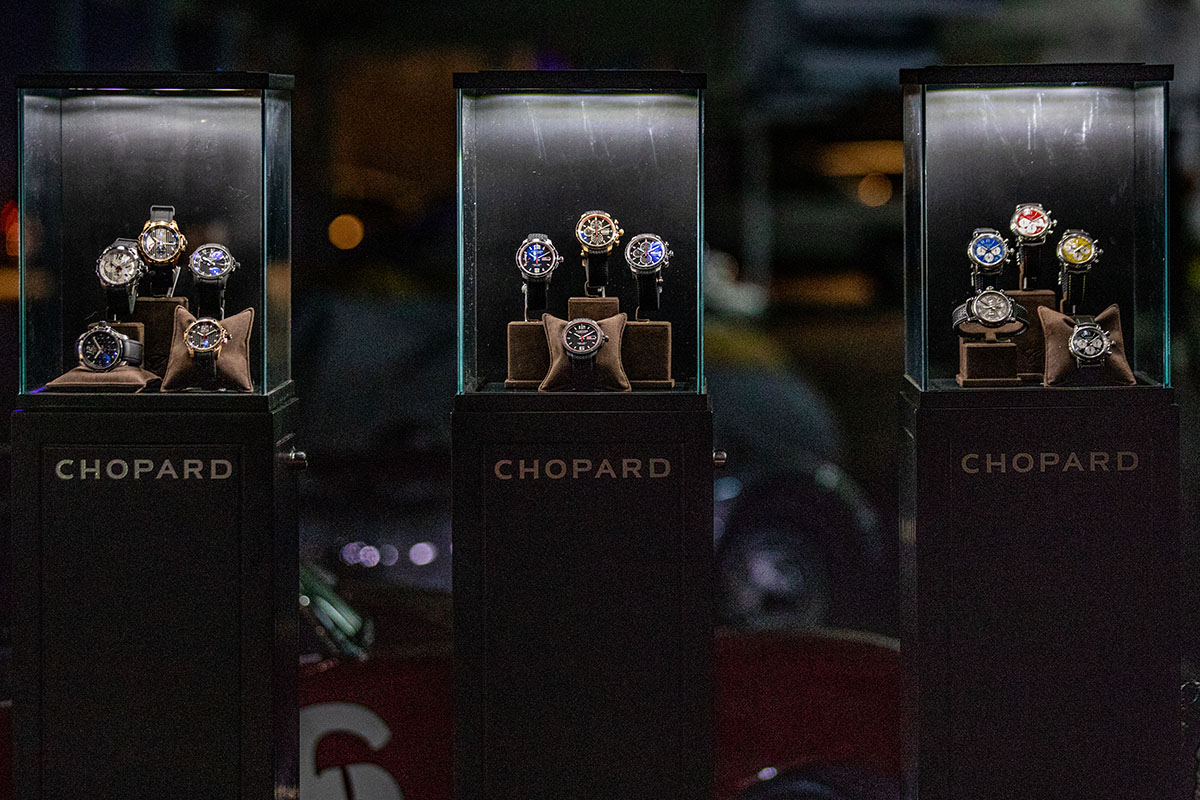 Seventy exclusive Porsche models – each signifying significant historical milestones since the company was born in 1931 – were showcased in the mesmerising and invaluably precious Chopard Heritage Display. Everything from a Porsche 935, 911 2.0 R prototype to the RS Spyder and the 550A Le Mans Coupé were showered in awe from thousands of motor enthusiasts – many of whom arrived at the long weekend event in their own heirloom Porsches.

The rare collection of legendary vehicles began almost 70 years ago, when Ferdinand Porsche, unable to find his dream car, decided to build it himself, and so was born the Porsche 356 Roadster.

Mirroring the German car manufacturer’s incredible success of more than 30,000 race wins, the sixth edition of the Porsche Rennsport Reunion was adequately themed Marque of Champions.

A stunning congregation of 50 legendary drivers and 350 competition cars captivated guests, along with several thrilling races on the Leguna Seca track, on-stage interviews, concerts and meet-and-greets.