Can Porsche really make an incredible car even better?

Driving the new 911 Carrera T is akin to living your best life, and doing so perfectly. 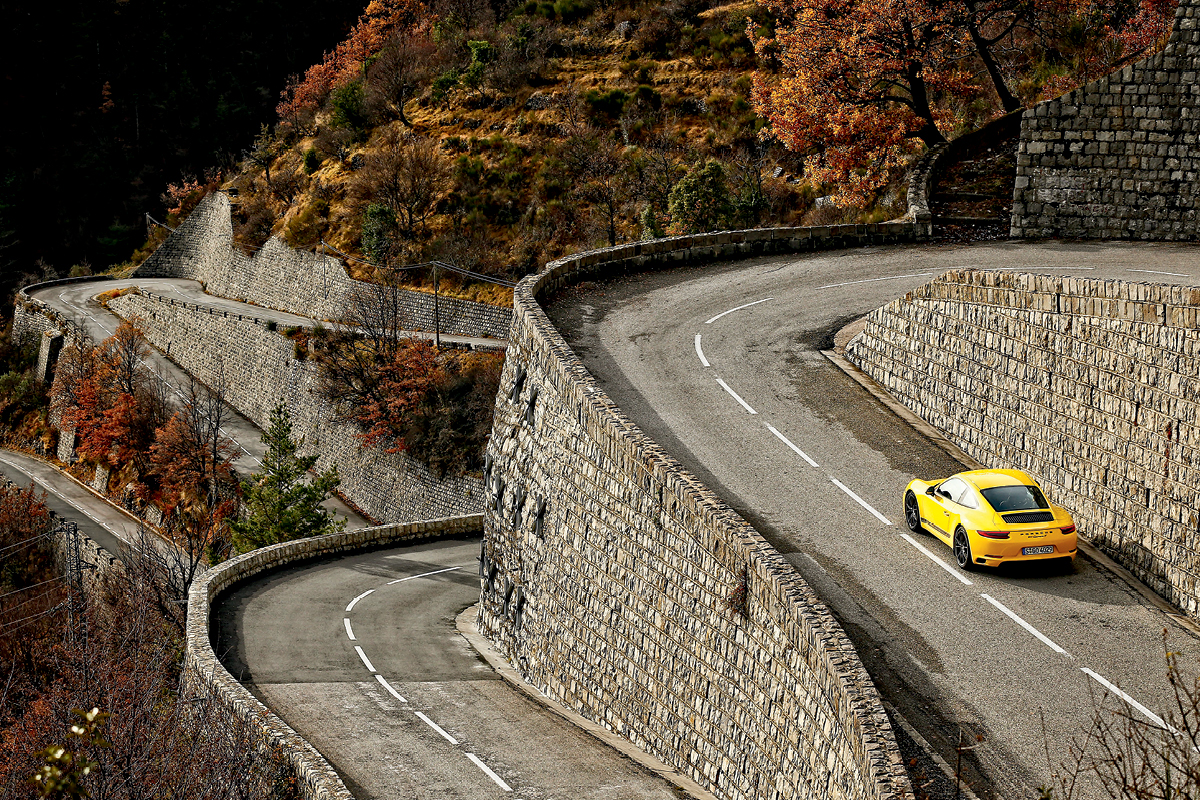 It’s hard to compare the sheer satisfaction and tactile titillation you get from making a manual gear change in a car like Porsche’s new 911 Carrera T to anything else you know how to do. I can’t hit a perfect golf shot, but I imagine it feels very much like that.

Nor can I smash a flawless forehand, or tuck my surfboard into the barrel of a giant wave while looking tanned and insouciant. I can, however, shift from fourth to fifth gears, at pace, using the world’s most perfectly weighted, exactly gated manual gearbox, as can anyone that can afford this 911 and its A$238,400 asking price.

And doing so feels, for me, very much like those rare moments where you pot a ball in pool perfectly, and the white spins off to land exactly where you wanted it. As with so much about this perfection-pushing Porsche, there’s a feeling when shifting cogs and engaging the clutch that you are a living, breathing part of something that’s been engineered purely to make you happy.

The feel through the beautiful, Alcantara-wrapped steering wheel is the same. Just as it is in every 911, it is the purest form of steering feedback that money can buy, offering both instantaneous responses and a luscious, unique sense of contact between your fingers, the tyres and the road.

The brakes are equally stupendous, as is the ride quality, and the stiffness and surety of the chassis.

But this is no ordinary 911, of course. It is the latest and greatest version, and becomes the 23rd variant in the current range. It’s a staggering number of options to offer, really, but Porsche is one of those companies that can’t stop playing with its toys, and is always determined to show its customers that it can do even better. 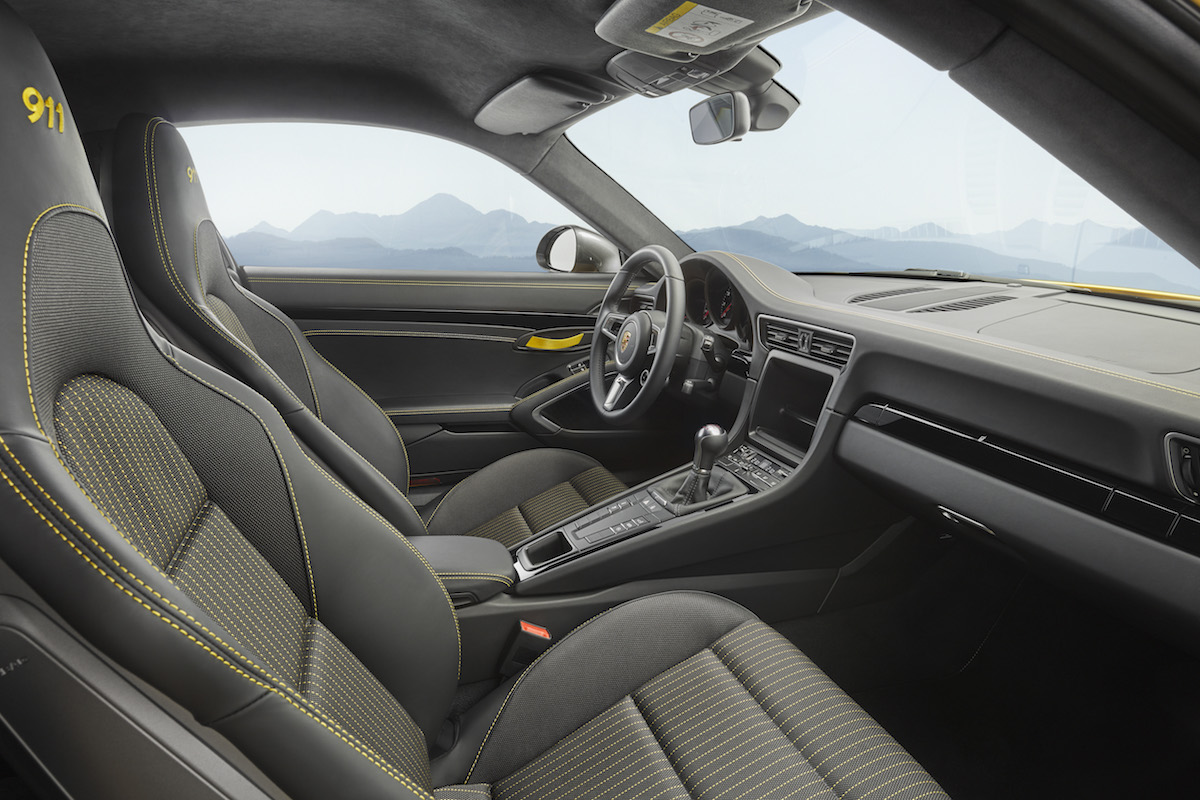 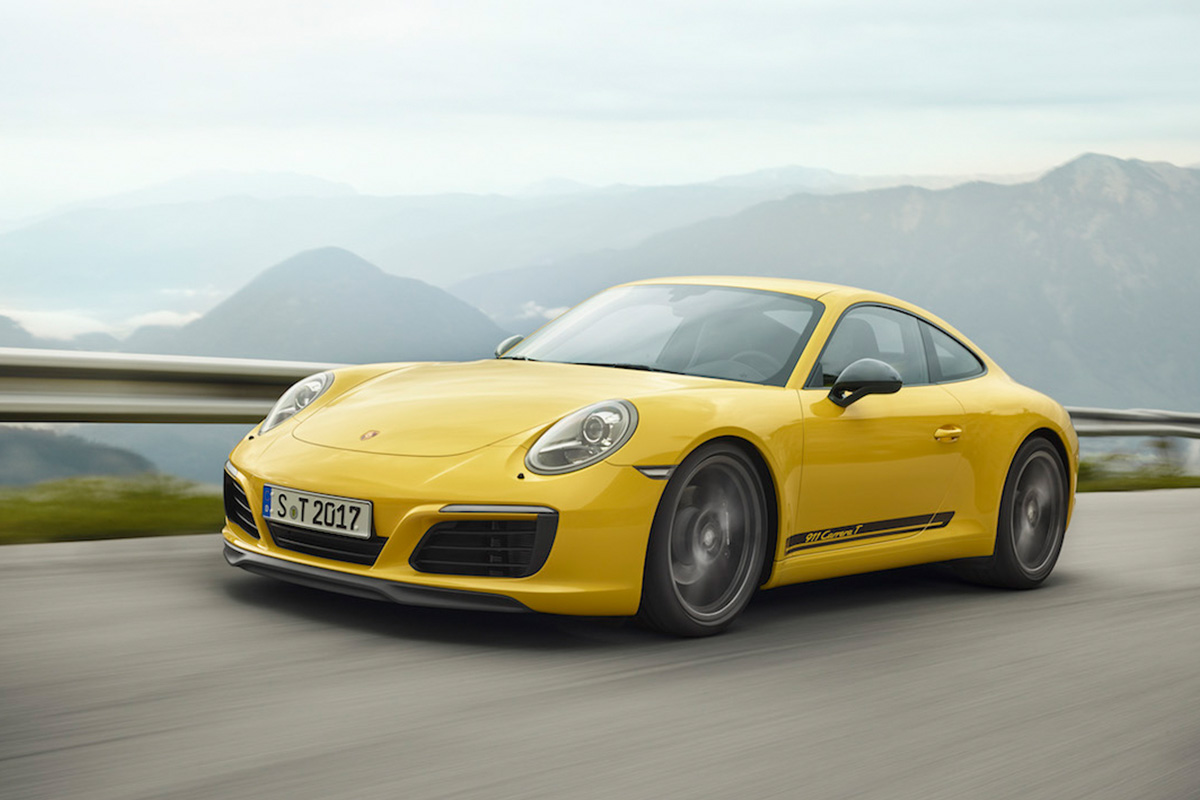 What makes the T special, and thus A$17,500 more expensive than the base 911 Carrera coupe, is that there’s less of it. The rear seats, which are close to useless anyway, have been thrown out, along with the door handles (you get a bit of fabric instead) and the stereo system (you can have one if you like, though, at no extra cost), and even the glass in the windows is thinner than in the standard car, all to save weight.

One plus side of these moves is that it’s louder in the cabin, with more of the glorious soaring, metallic screams from its unique 3.0-litre twin-turbocharged flat six-cylinder engine. Hit the Sport switch, and it’s even better, and more constantly strident.

Porsche didn’t make the weight savings for sound reasons, though. It was done to make the car even faster, by reducing weight. A saving of as little as 20kg still does significant amounts for your power-to-weight ratio, and you do have a lot of power here – a whopping 272kW of it, plus 450Nm of torque.

In stark, stop-watch terms, it saves you just a tenth of a second to 100km/h, clipping that mark in just 4.5 seconds, but it’s the way it feels the rest of the time that’s a revelation. There’s just so much pure, kidney-squeezing surge from the car whenever you push the throttle. The mid-range is glorious and the screaming top end even more so.

There’s just so much pure, kidney-squeezing surge from the car whenever you push the throttle. The mid-range is glorious and the screaming top end even more so

The version we drove had the superlative seven-speed manual, which comes standard and is the option you really should take, but you can have a flappy-paddle, two-pedal PDK dual-clutch transmission for an extra A$6,670.

Sure, the 911 Carrera T looks fantastic, and gets plenty of attention in this colour with those fabulous wheels, but this version is all about driving, not posing.

Every change that’s been made to the basic Carrera has been about improving that experience, bringing you closer to the purity of Porsche engineering. Making your ears sing and the palms of your hands tingle as you tackle corners and explode down short straights in a way that makes what was already an incredible car even better. Again.

Find out what cars you should get your hands on in 2019.