The best of the LA Auto Show

We’re in the enviable position of being on the ground at the LA Auto Show. Here’s what you need to know from Porsche, BMW, Mercedes, Audi and more. 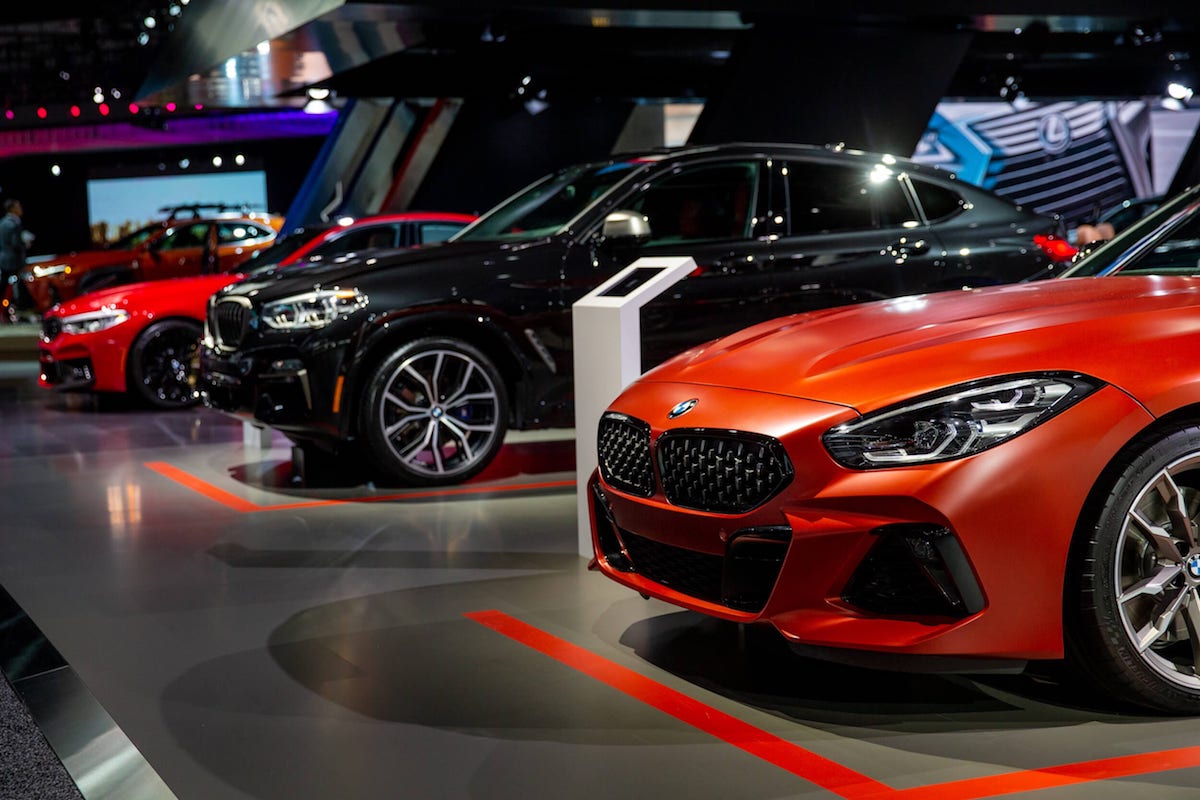 Theoretically, designing a new Porsche 911 shouldn’t be that hard, because its reputation as one of the world’s greatest driving cars provides it with an “if you build it, they will come” sales promise.

It’s a reputation that’s been hard won and well deserved and the latest version – marking the eighth generation since the original 911 launched way back in 1963 – is careful not to mess with the winning formula.

Porsche always opts for evolution rather than revolution when it comes to its most famous marque, partly because it protects the resale of older models for its faithful customers, and the new 911 is immediately recognisable as just that. 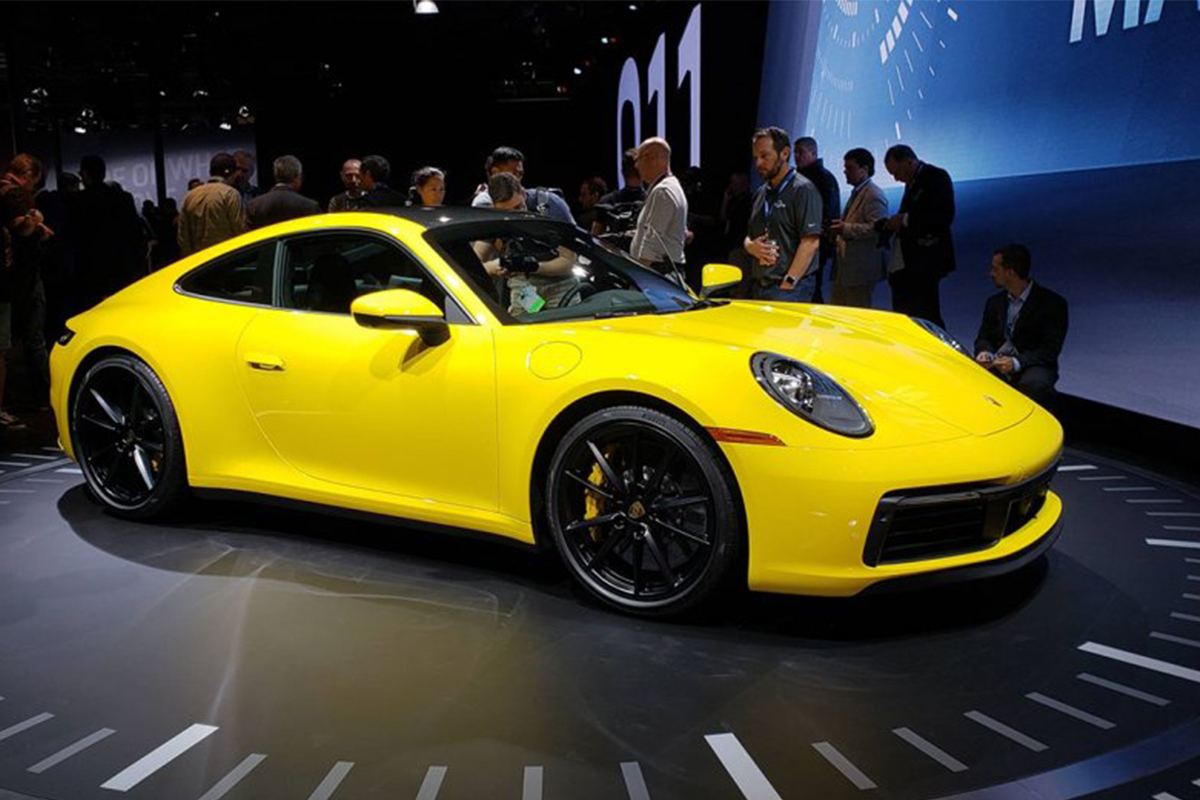 Unveiled at the Los Angeles Auto Show, where it was very much the belle of the ball, the new car has the classic Coke-bottle shape, the prominent headlines and all the classic proportions where they should be. Look closer, however, and it becomes clear that this is perhaps the most brutally beautiful Porsche of all time.

There’s something meaner about the bonnet, which is longer, wider and more creased, while the chin spoiler is also more square around the jaw. New and more prominent headlights will also quickly mark you out as an owner of the latest generation, designated 992 in Porsche language, while the rear end will be an even bigger giveaway. Featuring a wide band of continuous LED lights it is a stunning and eye-catching backside.

Train-spotting Porsche fans will also notice that even the base, rear-wheel-drive models now get the more attractive, and aggressive, wide-body look, previously reserved only for all-wheel-drive and more expensive, GTS models.

The interior is also a step ahead from previous models, with more modern interfaces, and more passenger space (the new 911 is ever so slightly bigger in every dimension; each model seems to grow in line with the humans who drive them).

The one contentious new inclusion being a strange and stubby gear shifter, which looks like Tony Greig has mistaken the centre console for a pitch and stuck his key fob in there. It neither looks nor feels nice and seems a rare design departure for Porsche.

Fortunately, however, you can avoid this by opting for a seven-speed manual gearbox with a normal stick shift, which purists will be delighted to hear is still an option. Most people. will, of course, still go for the paddle-shift option, which is now connected to a new eight-speed, dual-clutch transmission.

The new gearing for this automatic, and a 22kW bump in power, helps the 911 Carrera S to make a whopping 0.4 second leap in its 0 to 100km/h time, which drops to a very super 3.7 seconds. The turbocharged 3.0-litre engine now makes a whopping 331kW, and no doubt a lot of wonderful noises, and will power you to a top speed of 308km/h.

A new Porsche 911 Carrera S will set you back $265,000, and without even having driven it yet, we can confidently predict that you will love it, because every new 911 is just a little bit better than the one it replaces. And the last one was superb.

The best of the rest

BMW is promising to have autonomous cars on the world’s roads by 2021, and it knows this will change, forever, the way we interact with our vehicles.

As board member Klaus Fröhlich ponders, “What would you do with more time in your life”, basically the time you used to spend fuming in traffic. With this Vision iNext’s Ease mode – offering full self-driving tech – you’ll be able to kick back and play with all the gadgets in this super-futuristic and hugely spacious interior.

Being a BMW, of course, you’ll want to drive it when the roads open up and turn windy, and there’s a Boost mode that lets you take back control. The cabin really does look and feel like the kind of future you’d want to live in. 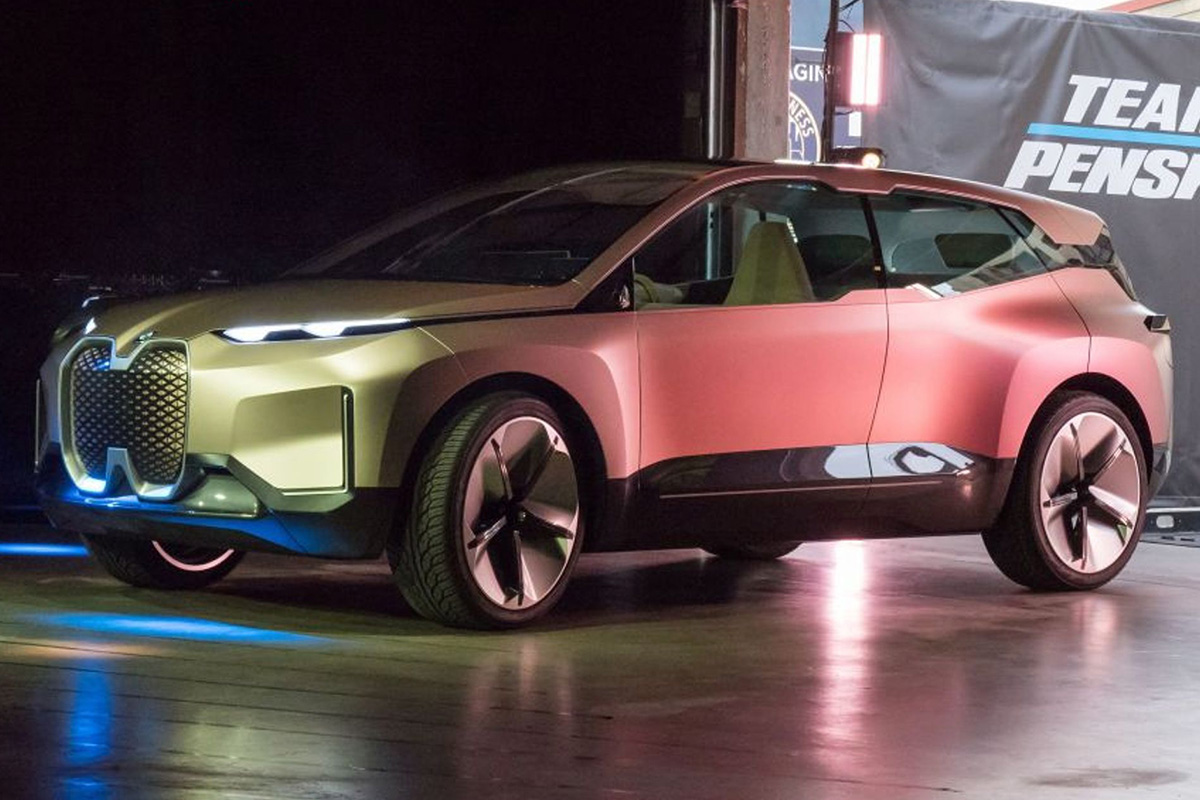 Mercedes has upgraded its GT coupe, a car designed to steal sales from Porsche’s 911, yet again, unveiling a new GT R Pro version at the LA Auto Show, which seems designed entirely for people who live on race tracks.

Covered in wings and scoops, it looks like it might cut you if you get too close to it, but it promises more downforce and better handling for cutting crazy-fast lap times. In the real world, it’s probably just a little too hard-core for commuting. Just 750 examples will be made for keen collectors and speed freaks.

Tesla may have a large and profitable head start in the luxury electric vehicle market, but Audi, and others, are coming after them, and the e-tron GT Concept car revealed in LA seems aimed directly at Elon Musk’s Model S.

The four-door coupe was developed in a joint collaboration with Porsche, looks fantastic and promises 400km of range, 20-minute recharging times and a 0 to 100km/h time of just 3.5 seconds. And no fuel bills, ever. Expect a production version to arrive at your Audi dealer around 2020. 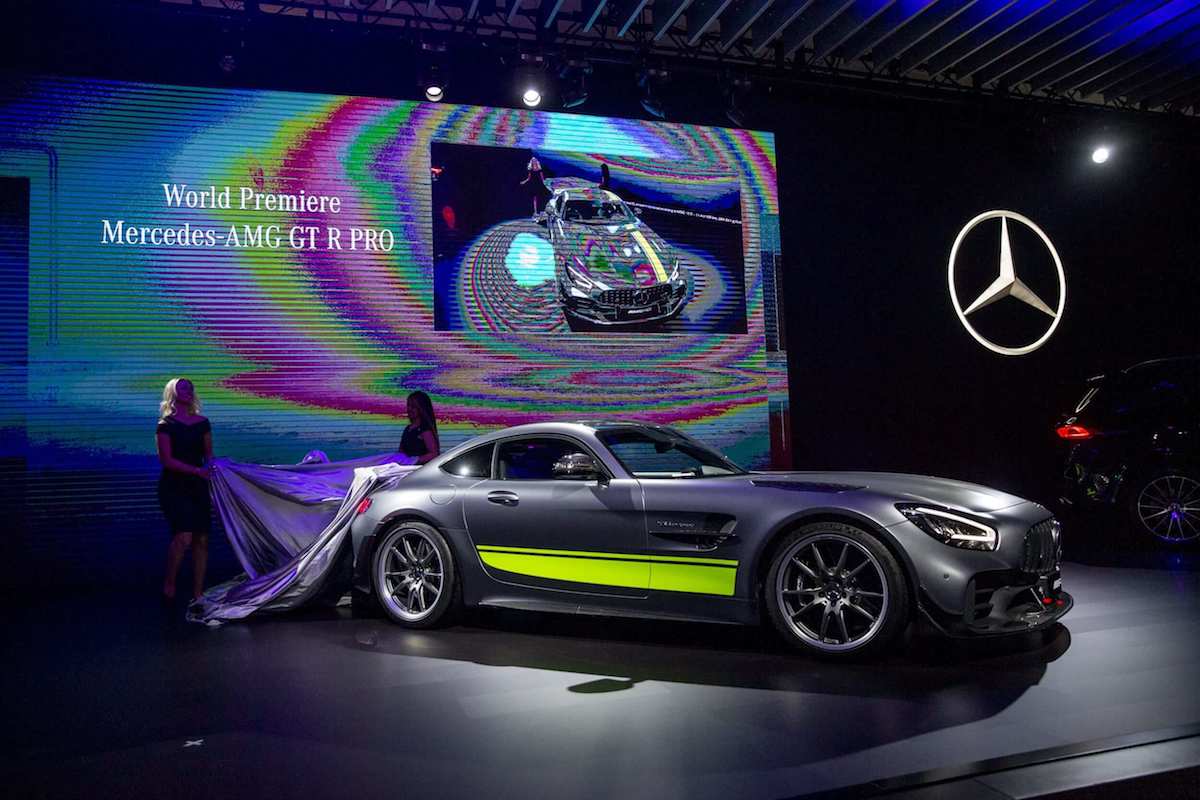 Rolls-Royce Cullinan a little too expensive, or grandiose, for your tastes? Good news, BMW, the company that owns Rolls, has produced a similarly enormous and luxurious luxury SUV, in the bulky shape of the new X7.

Dominating BMW’s stand in Los Angeles with its bulk, the X7 is billed as “the ultimate driving SUV”, but seems to offer just as much appeal to people who normally sit in the back of a 7 Series and get chauffeured around.

You can even delete the boring bench seat in the rear and install two “captain’s chairs” for a more Rolls-like experience. Sitting in them might be well advised, also, because the X7 is so big you won’t want to have to park it yourself. 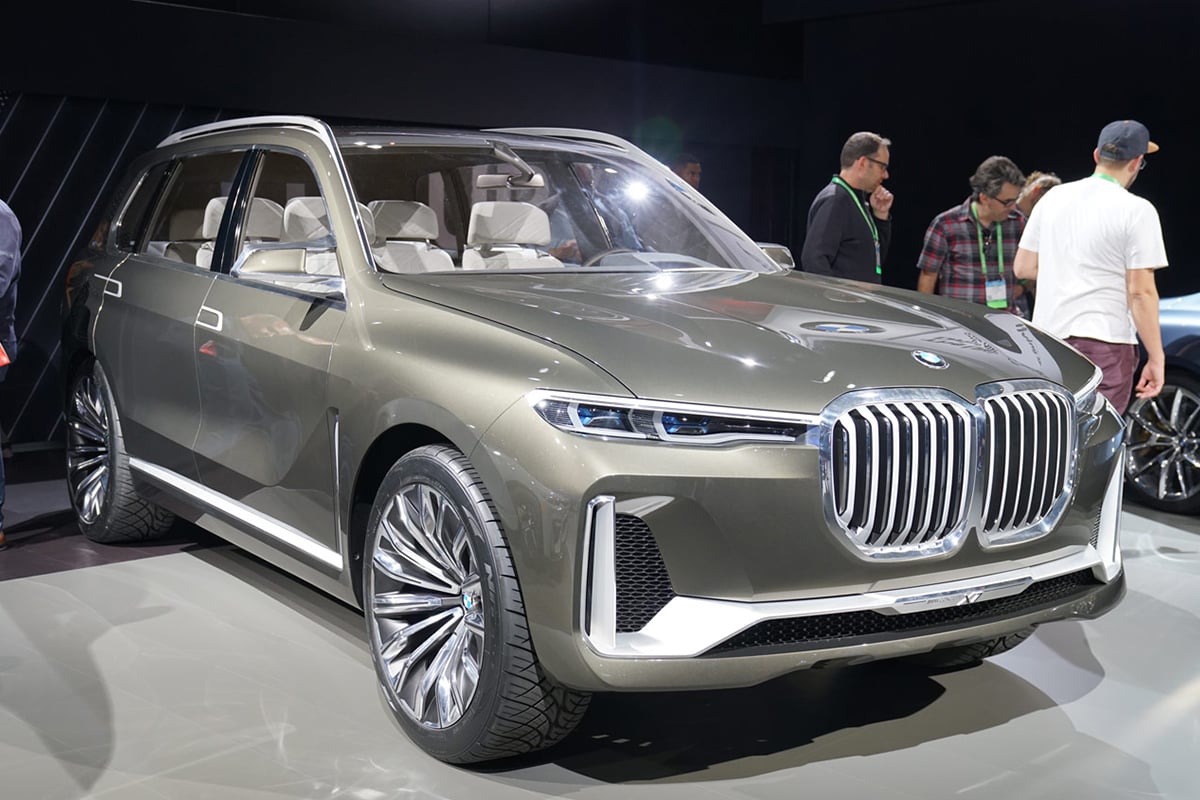 No, really, it might be shockingly affordable but the new Mazda3 was one of the stars of the LA Auto Show, with critics cooing over its smooth, svelte design, Alfa Romeo-like curves and chic, premium interior.

Mazda’s designers claim the new 3 will “add a sense of graciousness to your everyday life” and that buying one will be like “owning a piece of art”. Clearly, the brand is attempting to go upmarket, but the new 3 certainly looks the goods. 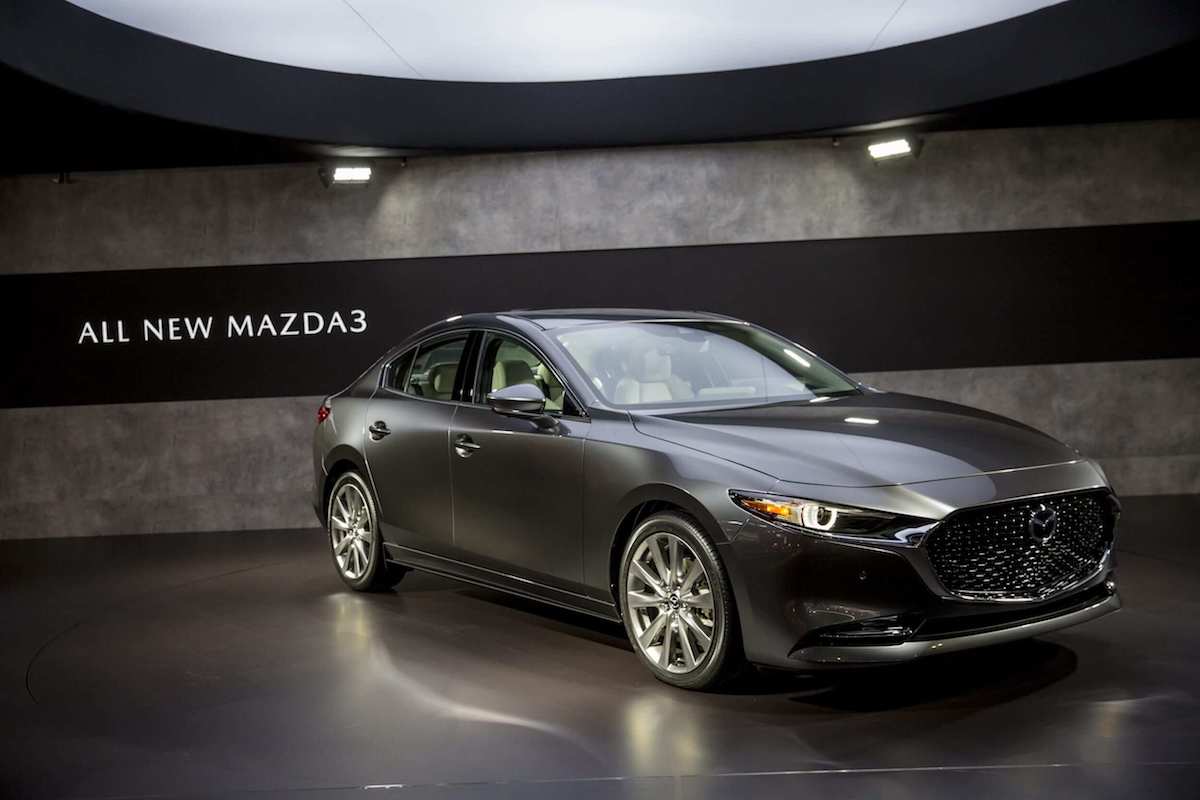