Ferrari has launched its new Portofino M sports car, a convertible that is aimed at 35- to 45-year-old buyers with young families.

The Portofino M, which is about 4% more expensive than the popular Portofino released in 2017, remains technically Ferrari’s entry-level model at around US$245,000. Ferrari said at the launch the Portofino M has small seats in the back suitable for young children.

It is essentially two cars in one: a beautifully streamlined sporting berlinetta coupe and a devilishly beautiful convertible drop-top spider, combining the thrill of speed with the romance of driving along an ocean road.

“The Portofino M bursts with innovations that boost its extreme versatility and the pleasure of open air driving,” Ferrari said.

“There is no shortage of technical innovation in this stunning new evolution of the Ferrari Portofino, the most notable being its redesigned powertrain, a brand-new eight-speed gearbox and a five-position Manettino that includes a Race mode, an absolute first for a Maranello GT spider.

“As a consequence of these and many other new features, the Portofino M guarantees a completely unprecedented combination of authentic GT performance, driving pleasure, agility and exceptional versatility in everyday driving.”

The M stands for Modificata, which Ferrari explains “refers to cars that have undergone an evolution that has boosted their performance”.

The Portofino M has a 612hp turbocharged 3.9-litre V8 motor engine with a paddle-shift eight-speed gearbox, a first for an open-top Ferrari. The previous Portofino had 592hp and a seven-speed gearbox.

The new model has five drive choices, including race mode for the first time.

It has made the front bumper more muscular and has added a new exhaust system that has subsequently changed the rear diffuser’s styling.

“Both inside and out, there is a sense of harmony of expression and intent in forms that are sometimes sharper and then softer and more flowing,” Ferrari said.

“Sportier in character than its predecessor, it also delivers superior handling whilst not only maintaining but enhancing on-board comfort.” 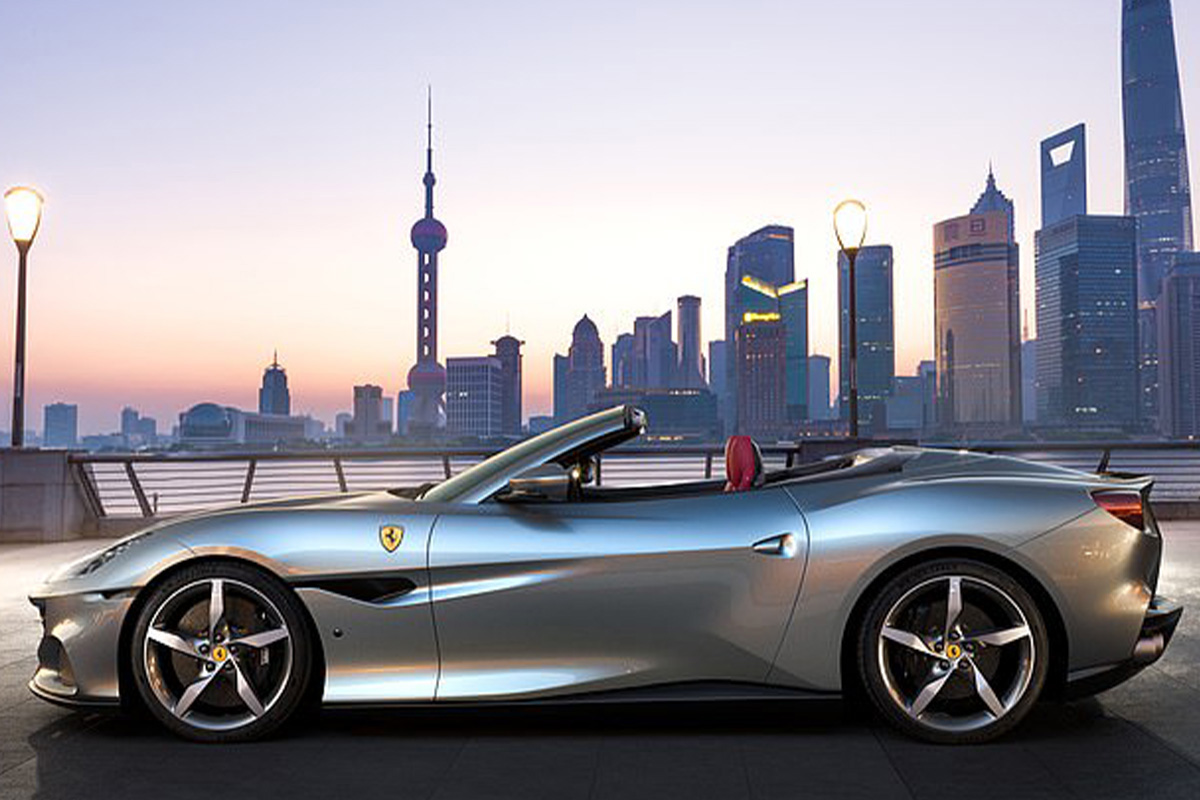 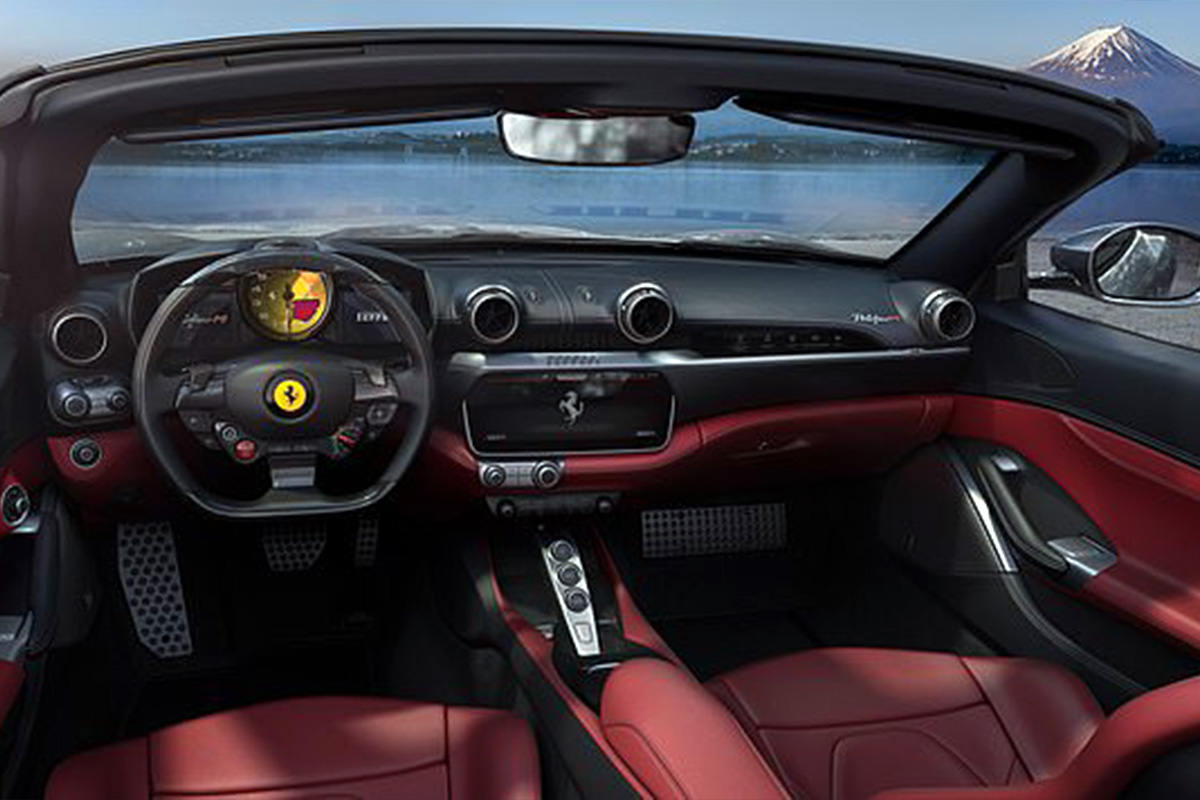 The dashboard of the ultra-cool Ferrari Portofino M. Photo: Ferrari Ferrari has increased the number of exhausts on the Portofino M. Photo: Ferrari
[/img]

In 2019, Ferrari sold 10,131 vehicles, up 9.5% on the previous year, boosted by sales of the Portofino and 812 Superfast. It also launched its first plug-in hybrid, the SF90 Stradale. Ferrari new models in 2020 have included the Roma, which slots into the line-up as a new V8 powered, fixed roof Berlinetta – a front-engined coupe sitting below the mid-engined F8Tributo.

The Portofino is named after the exclusive, glamorous and elegantly upmarket seaside resort of Portofino on the Italian Riviera.

“Significantly, the Portofino M is the first Ferrari to be presented in the wake of the company’s temporary closure due to the COVID-19 crisis, making it the symbol of a voyage of rediscovery. It is the (re)starting point for Prancing Horse’s pursuit of innovation.”

Order books are open now with first deliveries early in the New Year. Optional extras include a host of advanced driver assistance aids – from blind spot monitoring to adaptive cruise control and 3D surround view – and ventilated and heated seats.

Ferrari will also be discontinuing the original Portofino.

Ferrari will launch another beautiful car before the end of the year, with seven more to follow over the next two years.