The Rolls-Royce Ghost Extended makes the most out of its carefully carved out cabin space to make room for a Champagne fridge and business jet ergonomics. 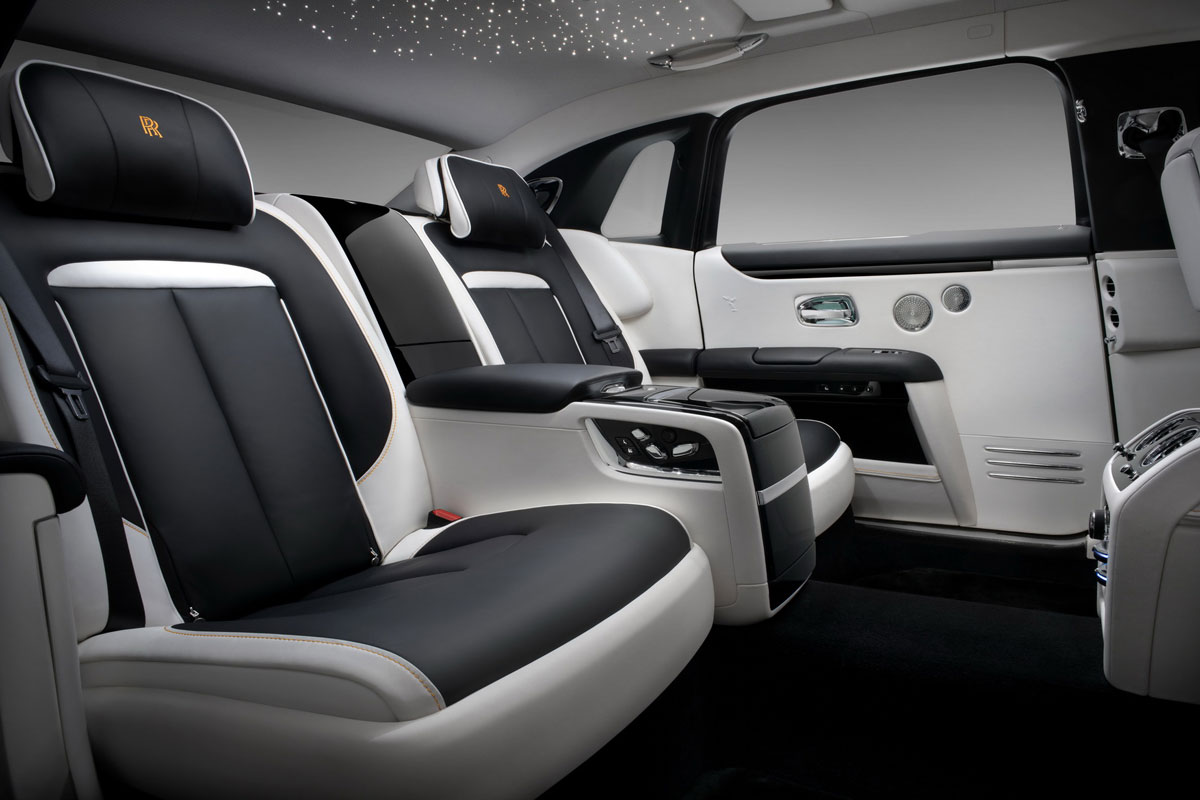 From the outside, it appears like the standard generation Ghost, but look closer behind closed doors and there’s a little surprise – 170mm of it to be exact. The Rolls-Royce Ghost Extended is an exercise in extracting the most from an existing silhouette and it does so in a way that adds practicality and comfort into the cabin without diluting the car’s aesthetics and driving dynamics.

Having made its debut in Australia, the Ghost Extended comes as a culmination of input between today’s most discerning Rolls-Royce clientele – successful entrepreneurs. Their collective desire indicated a need for a chauffeur-driven business tool for the week that could also be used as a comfortable self-driven saloon on the weekend. Here’s how the Goodwood luxury carmaker pulled it off.

Inside the Rolls-Royce Ghost Extended 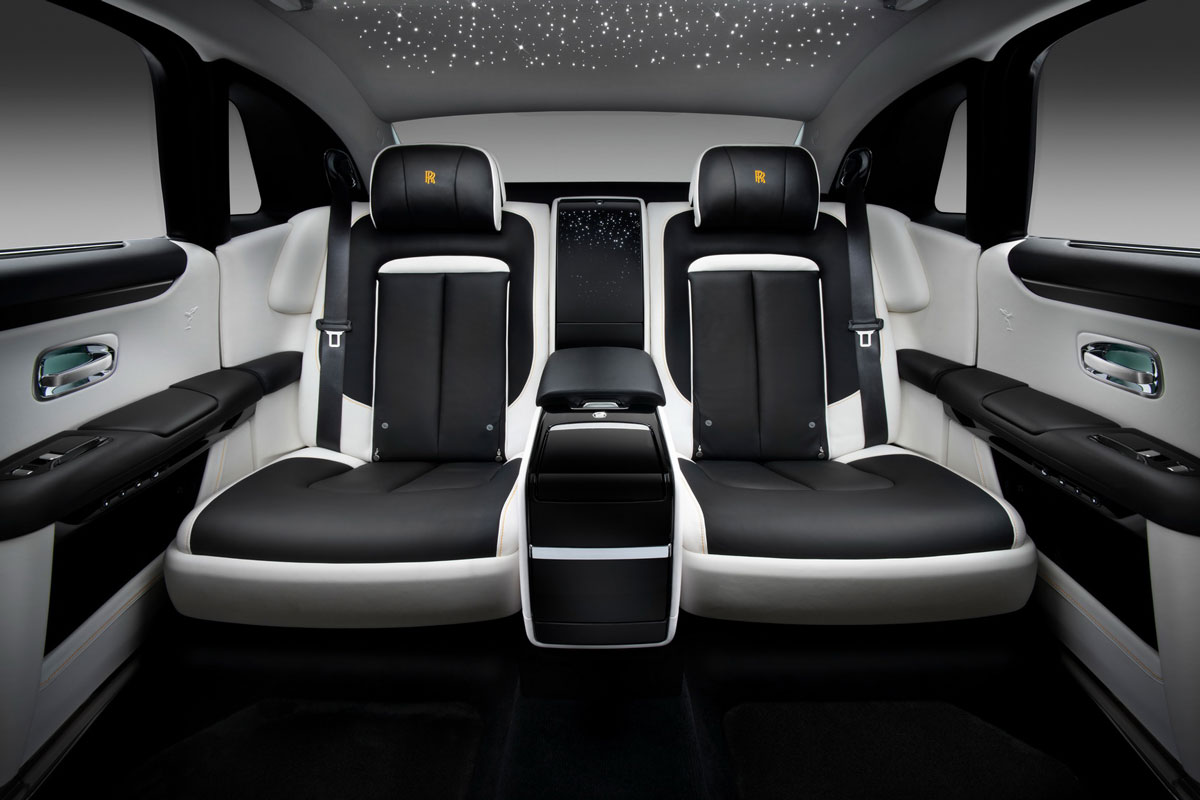 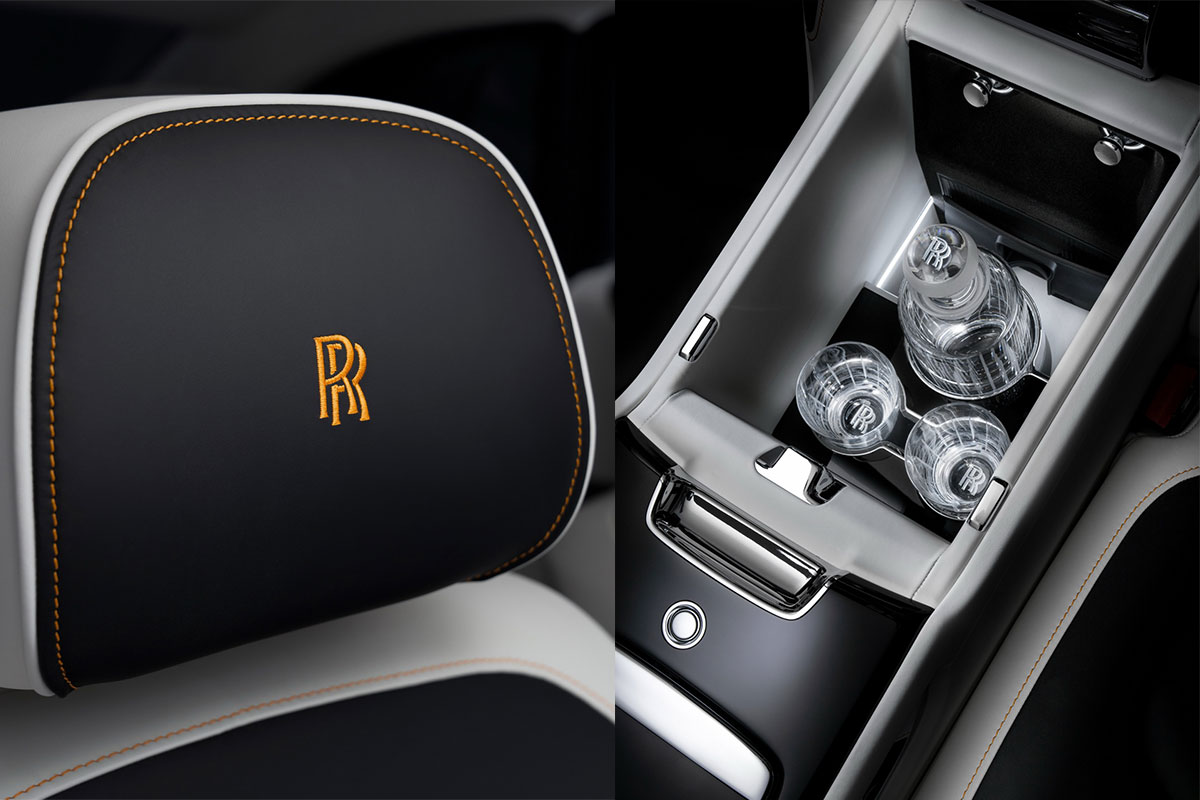 The Ghost’s extra legroom is credited to the designers who went out of their way to hide the cabin’s extra length by extending the rear door and body around the rear door apertures. This enabled the Goodwood outfit to maintain the original lines of the car without venturing into limousine territory. On a more pragmatic front, Rolls-Royce claims that the Ghost Extended now has more rear legroom than any other four-seat sedan on the market today.

Taking full advantage of the extra room is the reclining Serenity Seat, which can be optioned to the comfort levels of a business jet cabin for the first time. The seamless transition between work and play is reinforced by a Champagne fridge slotted between the rear seats. Engineers consulted with a dedicated sommelier on this feature to ensure that the optimum serving temperatures for both vintage and non-vintage bottles were achieved.

As with all Rolls-Royce models, the level of personalisation is endless. Worth noting is the introduction of two new wood finishes created specifically for the Ghost. Obsidian Ayous is inspired by the rich palette of colours found in igneous rocks, while Dark Amber has veins of fine aluminium particles. The use of 3D printing technology has also been employed on a Rolls-Royce car for the first time throughout the interior and bodywork forms. 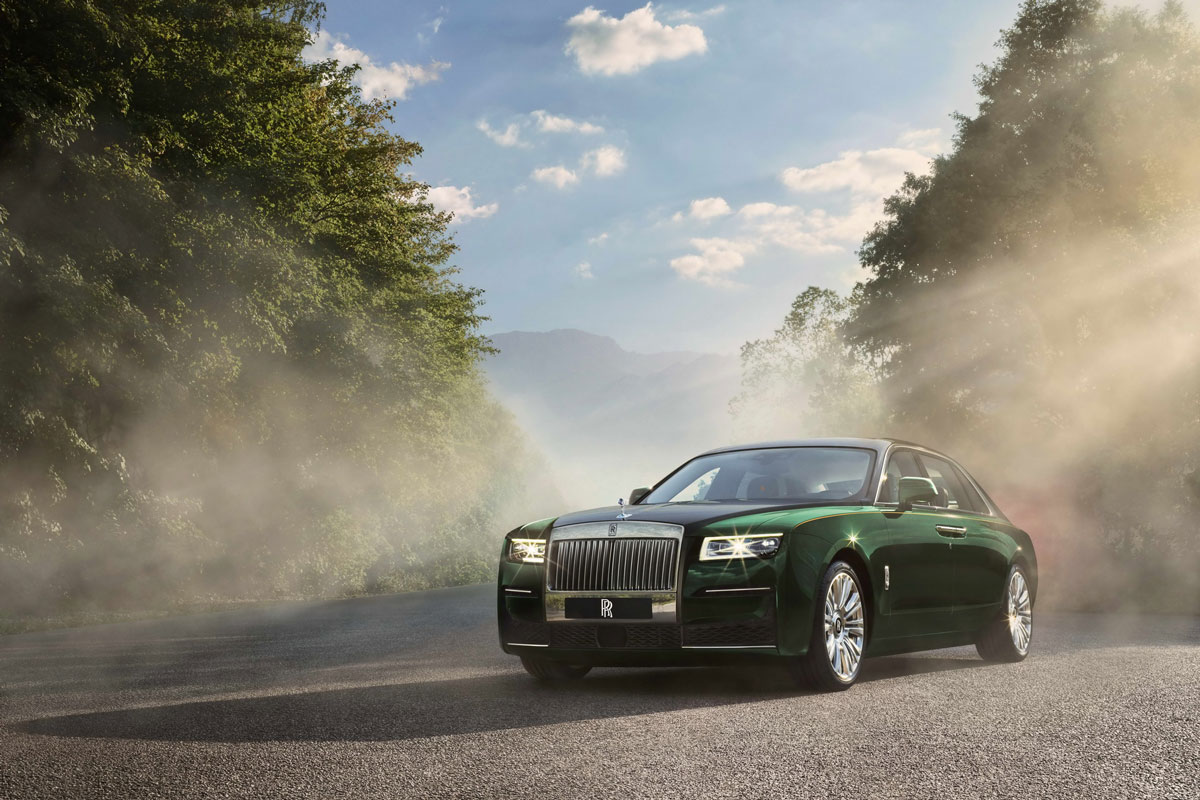 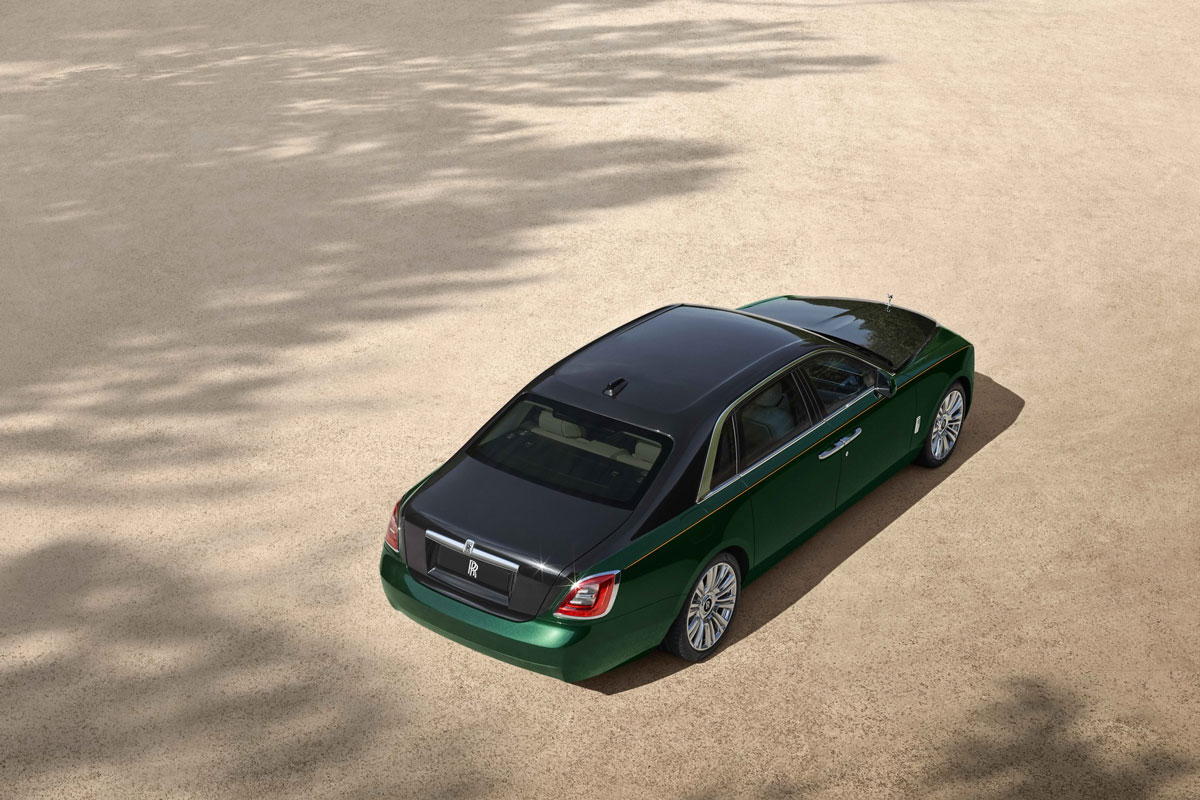 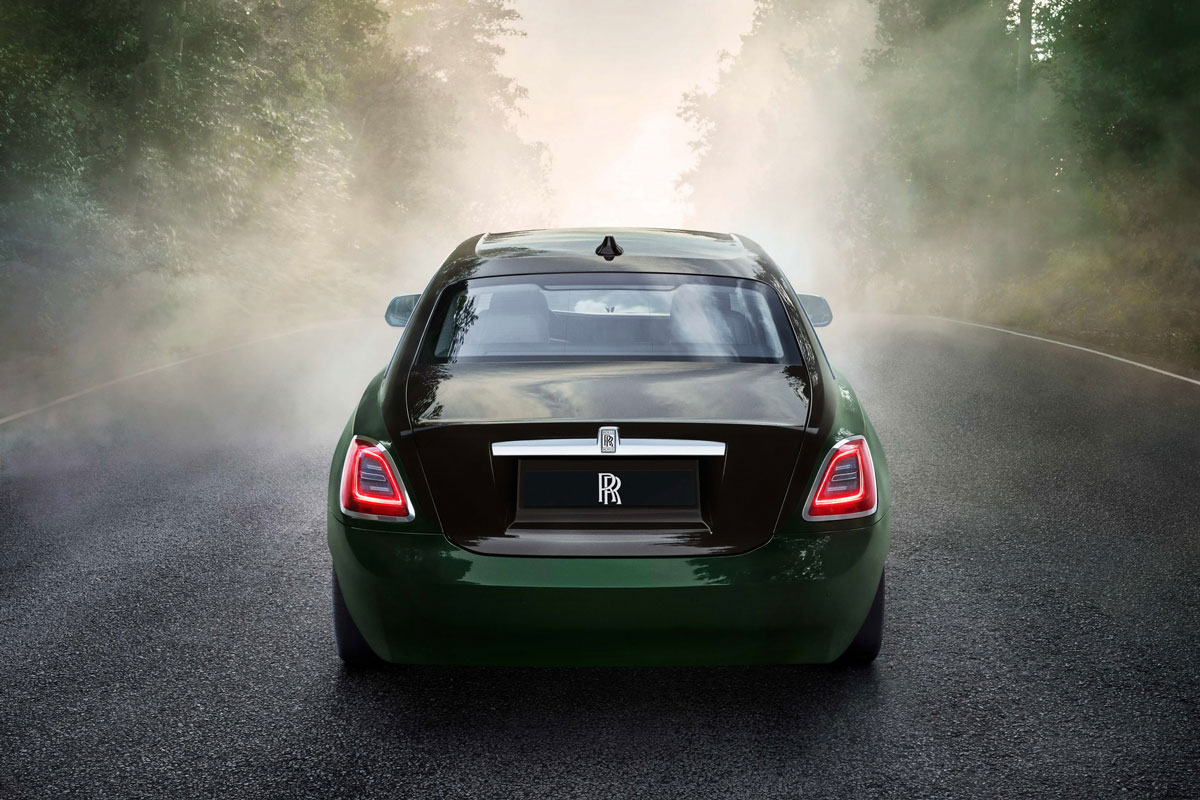 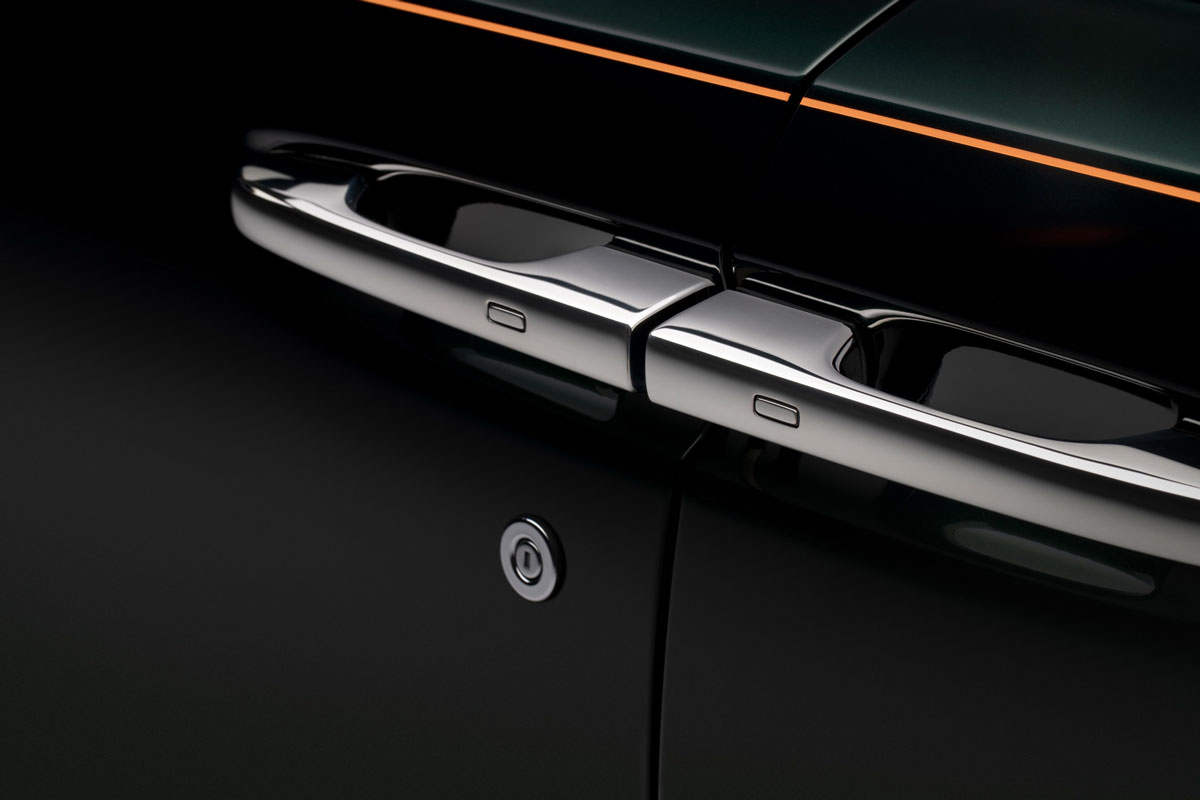 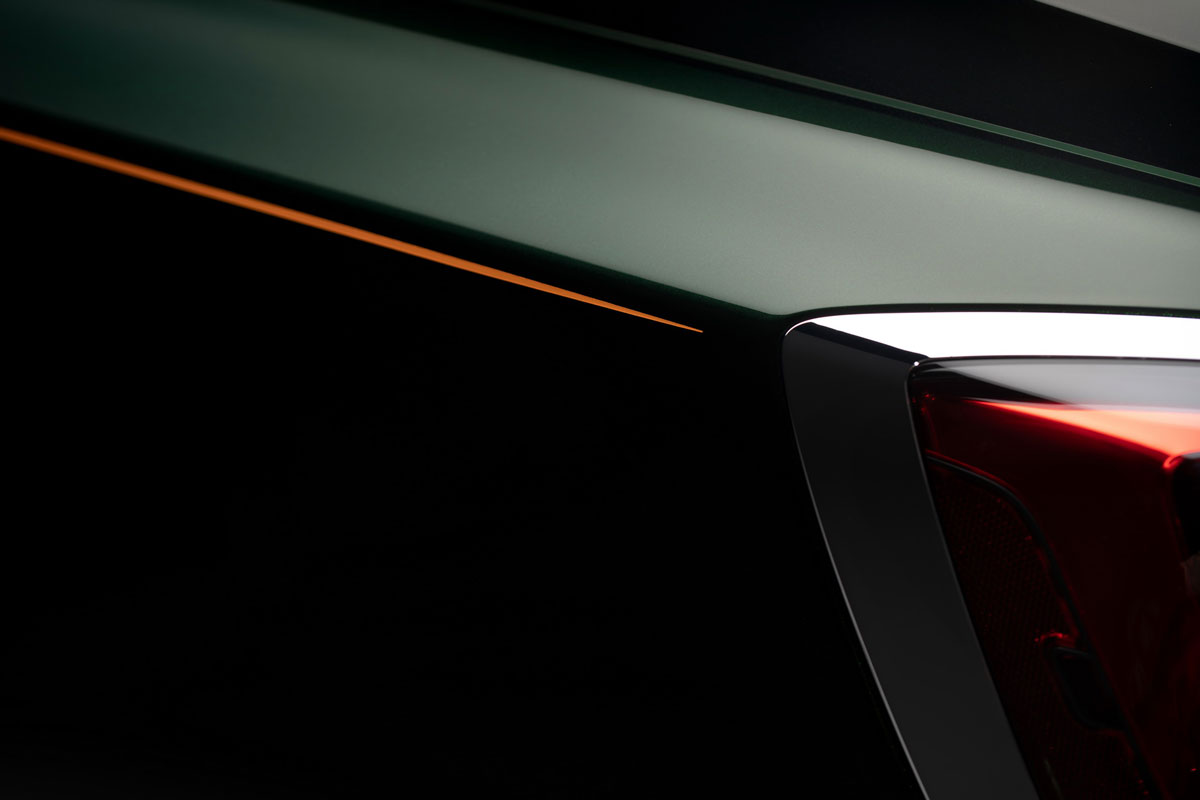 Given that the Ghost Extended caters to the needs of modern entrepreneurs, it comes with wi-fi access mated to an advanced infotainment system, which is designed to assist without disrupting workflow.

Spending hours at a time working in a vehicle can also wreak a bit of havoc with air quality. The Ghost Extended neutralises this by delivering purified air via its new Micro-Environment Purification System (MEPS). Sensitive impurity detection sensors read ambient air quality and automatically activate fresh air intakes into recirculation mode. If unacceptable levels of airborne contaminants are detected, the air is routed through a nanofleece filter that can remove almost all ultra-fine particles within the cabin in less than two minutes.

Additional safety driving features include laser headlights with over 600m of illuminated range and vision assist with day and night-time wildlife and pedestrian warning. Alertness assistant, a four-camera system with panoramic view and 360-degree visibility is also standard among a host of other appointments.

Real-time driving diagnostics is handled with a seven- by three-inch high-definition head-up display while self-parking ensures absolute effortlessness in getting around town. 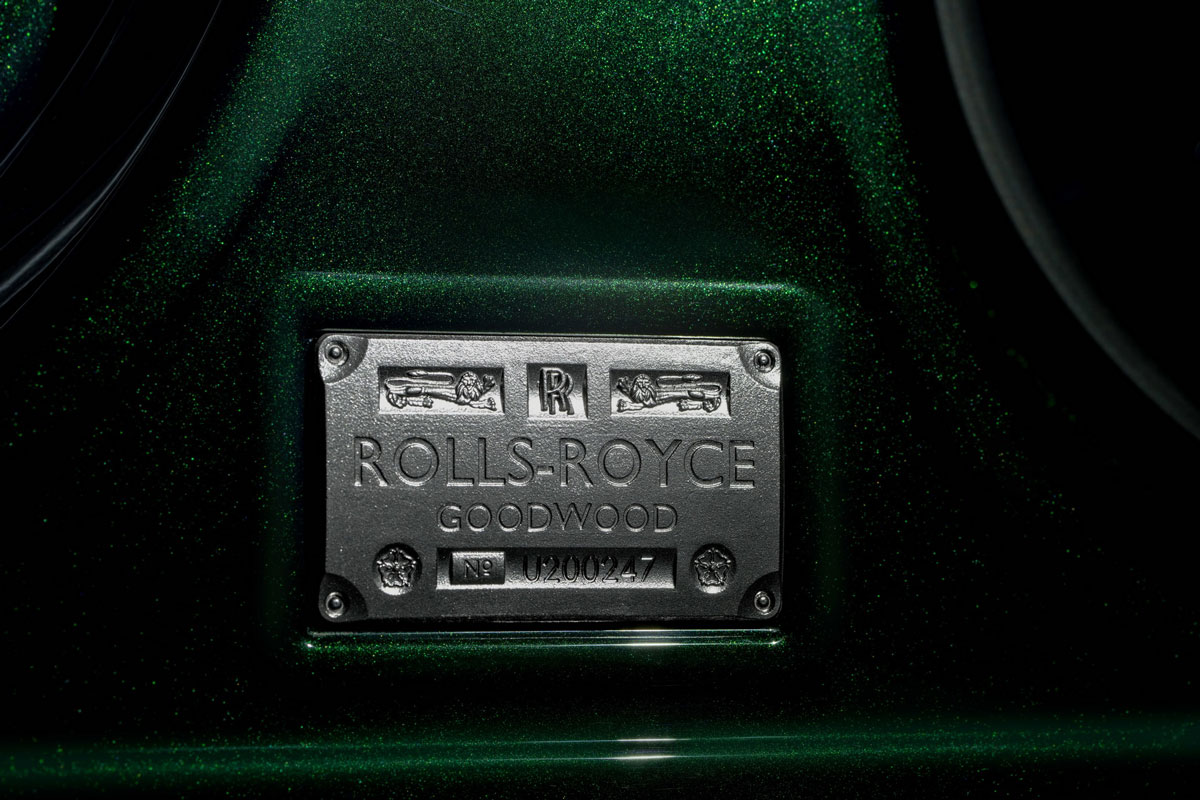 The Rolls-Royce Ghost Extended retains its driving dynamics with the help of an all-aluminium spaceframe paired to a new 6.75L twin turbocharged V12 engine developed exclusively for the Ghost model. It delivers 420kW of power and 850Nm of torque, which is sufficient for moving the 2.5-tonne body that features 100kg of acoustic damping materials to achieve its signature silent ride. The Ghost Extended also benefits from all-wheel drive and all-wheel steering for the first time.

More dynamic details of the standard non-extended Rolls-Royce Ghost can be explored below.

Read next: Rolls-Royce CEO reveals the unknown truth about their typical customer