For many people, a Lamborghini Urus will be their everyday car while their ‘proper’ Lamborghini resides in the garage for days when they want to experience real Italianate insanity. Find out about your new SUV here. 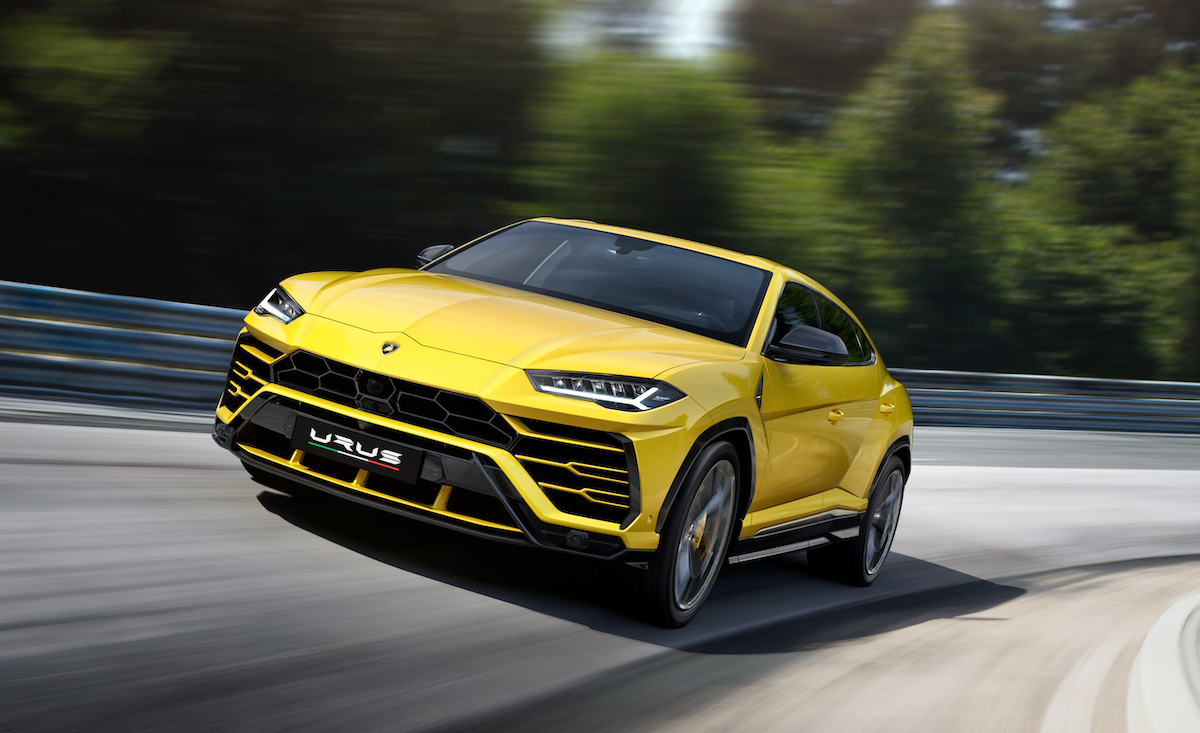 The Lamborghini Urus is a previously unimaginable super SUV.

Imagine if a famous racehorse somehow gave birth to an elephant. And then try to get your head around the concept that, after the initial shock, this breed of pacey pachyderms became hugely popular, and a lot of people were willing to part with a lot of dollars to get their hands on one.

Effectively, we already live in this supremely strange reality, believe it or not. Lamborghini, you see, is one of the thoroughbred horses of the car world, a proven sprinter, and a fine-looking piece of horseflesh at that.

And the Urus, its new super SUV, is the equivalent of a giant, load-carrying elephant.

Sure, some people find elephants attractive, but compared to the kind of eye-searing sizzle machines Lamborghini has produced in the past – by which I mean all of them, from the cracking Countach to the awe-inspiring Aventador – the Urus is a hugely bloated and slightly disturbing monster.

Some unkind people like to point out that it still looks like a Lambo, from a certain angle, but that it also looks like it has a Mardi Gras float underneath its traditional sporty lines. 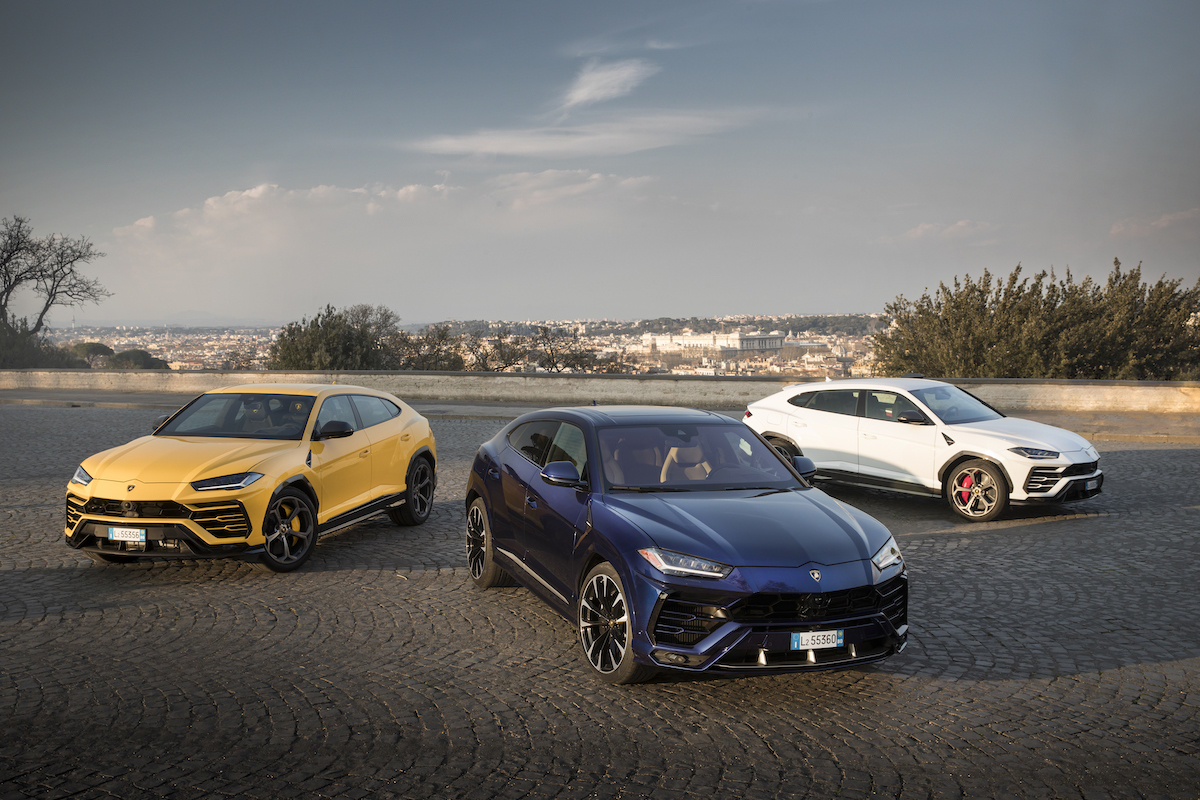 The good news, however, is that the inside does still feel like a proper Italian supercar, albeit one writ very large indeed. It has the same beautiful roof lining, the same crazy-ass ‘bombs-away’ cover over the start button, the aggressive and slick-feeling paddles behind the steering wheel for changing gears.

It’s just that it also has back seats, which is rather unusual for a Lamborghini, although they are designed to look and feel just like the sporty numbers you’re used to finding in the front of one.

This then, clearly, is the Lamborghini for people who have made the supercar-ownership-ruining decision to have children, or more than one friend. And you can be sure that many people who buy the Urus will also have what you might call ‘proper’ Lamborghinis in their garages for those days when they want to experience real Italianate insanity.

And the fact is that the market pretty much forced the Italians to make this SUV, as much as some people in the company probably hated the idea. Consider that every other expensive brand – from Rolls-Royce to Porsche to Bentley – is now pumping out giant family haulers like this, on the one hand, and then consider the more salient fact that the Urus is expected to increase Lamborghini sales in Australia by at least 50%. 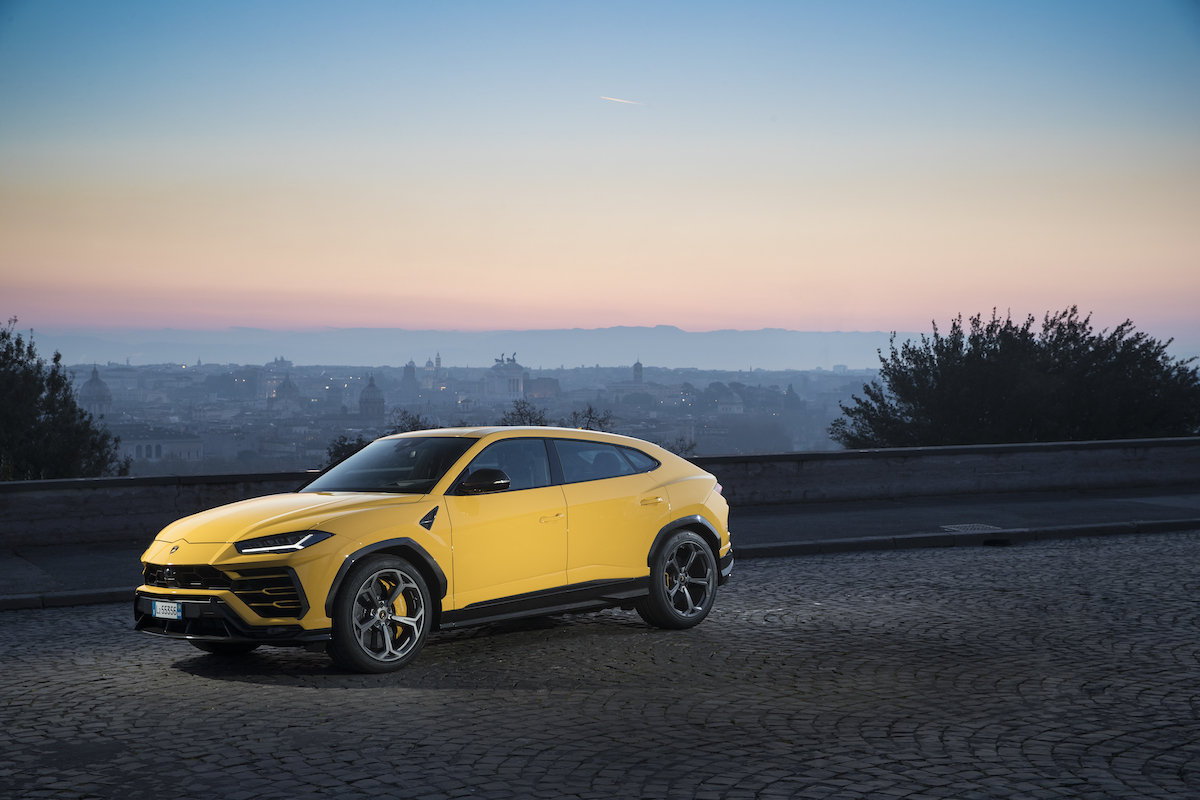 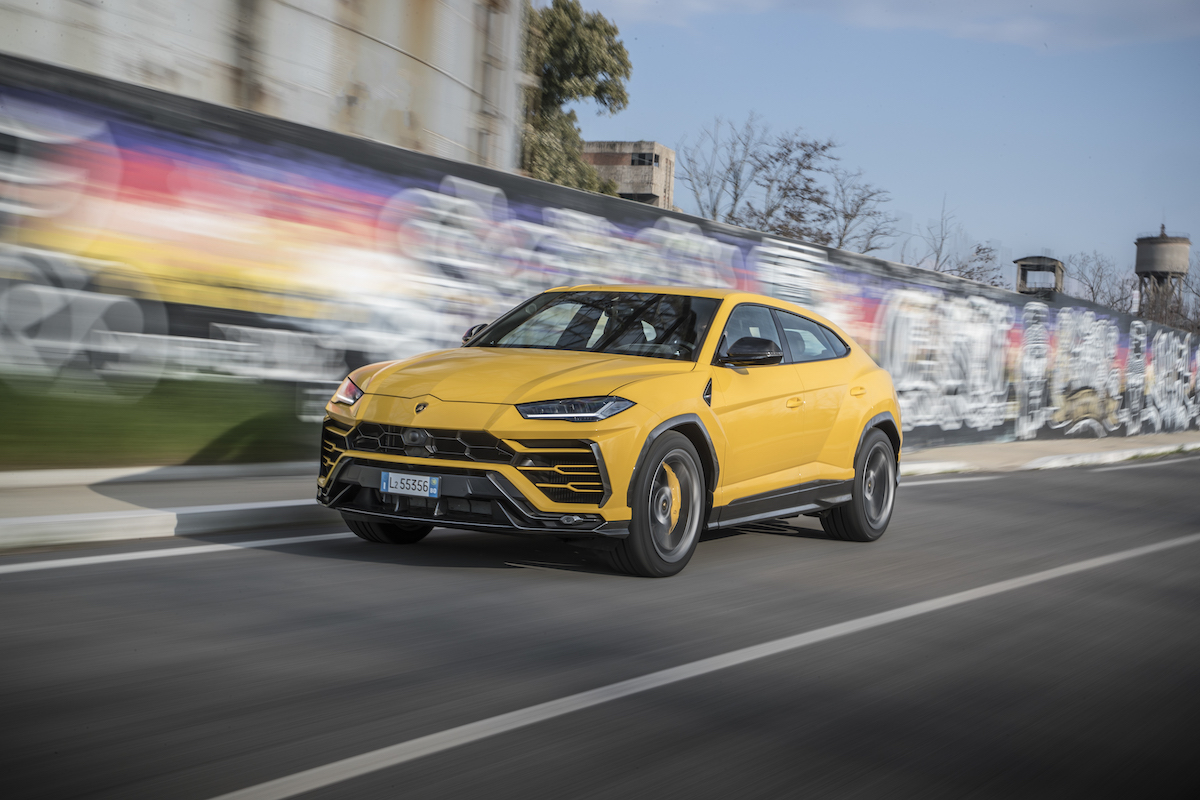 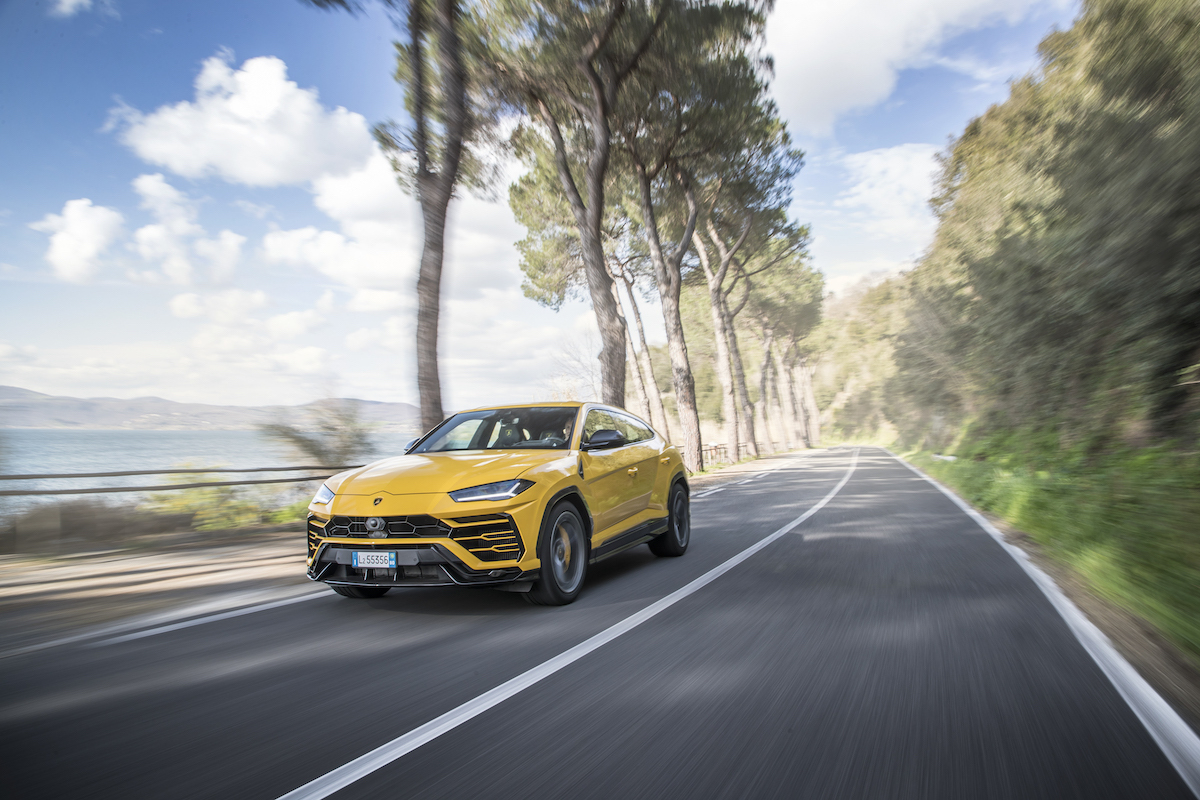 That’s a lot of dough – and a huge number of new customers – for any brand to ignore. And it’s also a shedload of profit, when you consider that the price of the Urus starts at A$390,000.

Purists, of course, decry profits as a reason for a car to abandon its inherent coolness and sex appeal in such a flagrant fashion, but then purists don’t run car companies. They do, however, write about cars for a living, which might be why I resisted driving one, at first.

In large part, this was because of the look of the Urus, which made me involuntarily shove my face into my palms, but the good thing about driving one is that you can’t see the outside of it.

What you’re faced with inside is a cabin that resembles a pimped-out Audi Q7 (the two cars are built on the same platform, as both companies fall under the giant Volkswagen umbrella).

While the software might be familiar, all the fonts, and the buttons, have been changed to feel entirely Lamborghini, and you do get some settings you won’t find in any German car – like an Ego switch, which allows you to adjust the SUV’s performance, exhaust noise and steering in such a way that it actually feels, and sounds, like you’re driving a proper Lamborghini.

Albeit one that’s sitting, mysteriously, a few feet up in the air (to be exact, the Urus stands 1.63m tall, and is more than 5m long). 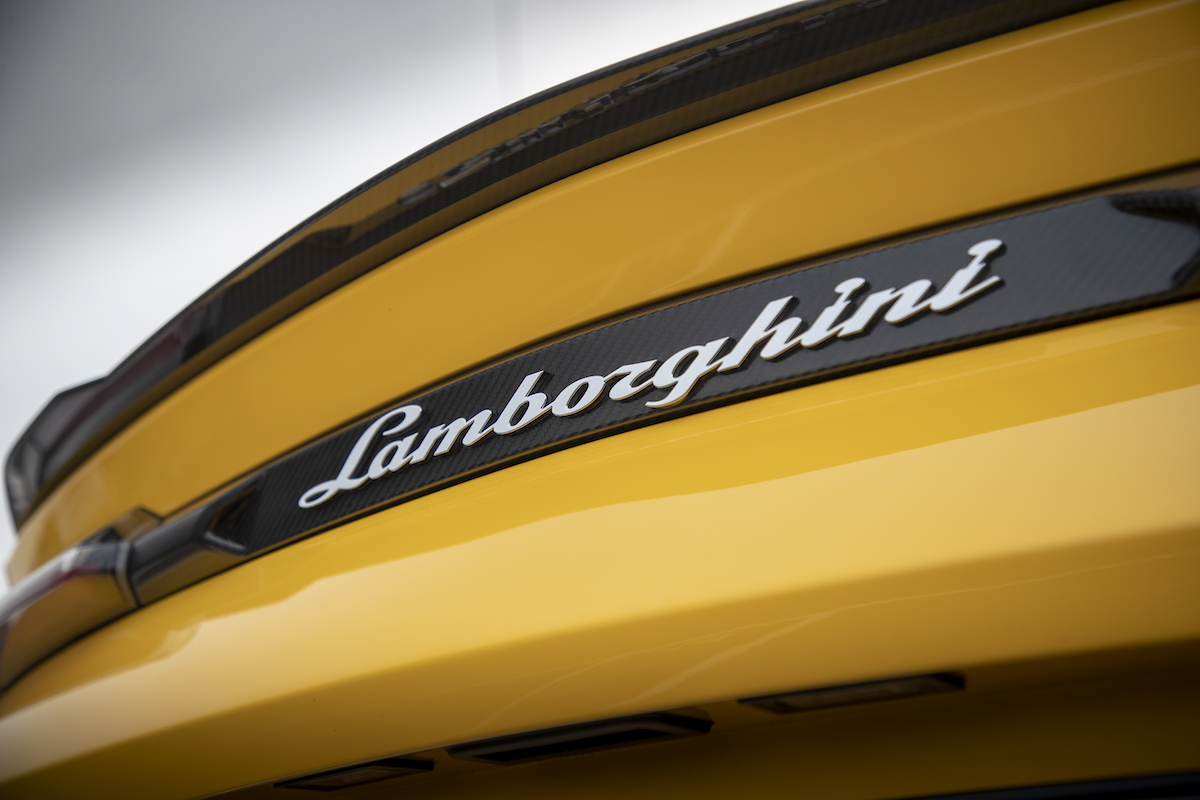 The extremely enthusiastic 4.0-litre turbocharged V8 under that enormous bonnet makes a properly barking, angry, get out of my way or I’ll eat you soundtrack, once you put it in Corsa (Race) mode, with what sounds like the occasional firework exploding somewhere beneath you.

The steering also weights up nicely, and the performance becomes properly staggering, with the 0–100km/h dash disappearing in just 3.6 seconds. Unsurprisingly, this makes the Lamborghini Urus the fastest SUV the world has ever seen, which it will no doubt remain, right up until the point when Ferrari finally unveils its inevitable SUV competitor (it’s rumoured to be called the Purosangue, but hopefully the company will change its mind about that).

While there’s no doubt the Urus is impressive to drive when in its most attack-focused modes, it is also a bit sloppy and even, whisper it, boring when you select its more day-to-day settings. Hence the phrase “impressive to drive” has to come with the caveat, “for an SUV”.

The simple fact of physics is that no vehicle that weighs 2.2 tonnes and is shaped like a small boathouse is going to be able to handle like an actual Lamborghini. The best you can hope for is a supercar simulacrum, and the Urus undeniably provides just that.

It’s not Dumbo, and it’s surely not a dumb idea from Lambo’s point of view, but if you really want the thoroughbred experience the company has long stood for, you might want to look somewhere else in your local Lamborghini showroom.