The 1913 Rolls-Royce Silver Ghost was one of the event standouts. 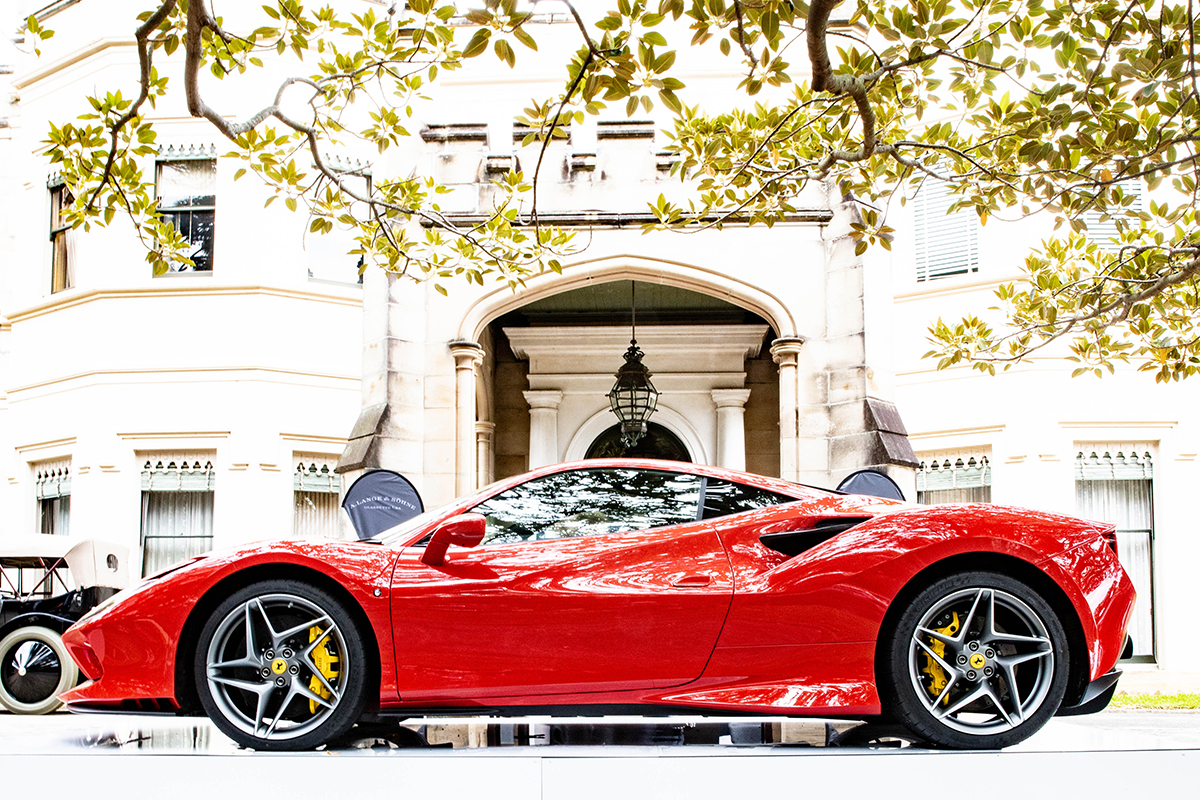 Some of the finest cars in history were marvelled by hundreds of motoring aficionados at the AXA Sydney Harbour Concours d’Elegance.

Across the spectacular three-day event, which was powered by Ferrari and supported by official time partner A.Lange & Söhne, guests explored the exquisite range of cars including a 1950 Bristol 402, 1954 Muntz Jet, 1964 Ferrari 250 GT Berlinetta Lusso and the breathtaking 1913 Rolls-Royce Silver Ghost.

Hosted at the magical Swifts mansion, 33 heritage cars lined the manicured lawns and sweeping pathways for guests to enjoy. Once described by the Australian Heritage Council as “perhaps the grandest house remaining in Sydney”, the heritage-listed late-Victorian castellated Gothic Revival mansion was the idyllic home for the second Concours event.

“You don’t get things like this anywhere else in the world and these are fantastic cars.” –
Simon Mobey

While sipping flutes of Pommery Champagne, guests strolled down the hedge-lined paths soaking in every detail of the motor vehicles.

“Our goal is to make a small contribution to concours culture, now so popular in the US, Great Britain, and throughout Europe, the Middle East and India, and that we may help engender and grow the philosophy of haute automobilisme here in Australia via the 2020 Sydney Harbour Concours d’Elegance,” event Founder and Director James Nicholls said.

Travelling all the way from England just to be at Swifts, Chief Honorary Judge and Chair of Salon Privé UK Andrew Bagley had perhaps one of the toughest tasks of the event. 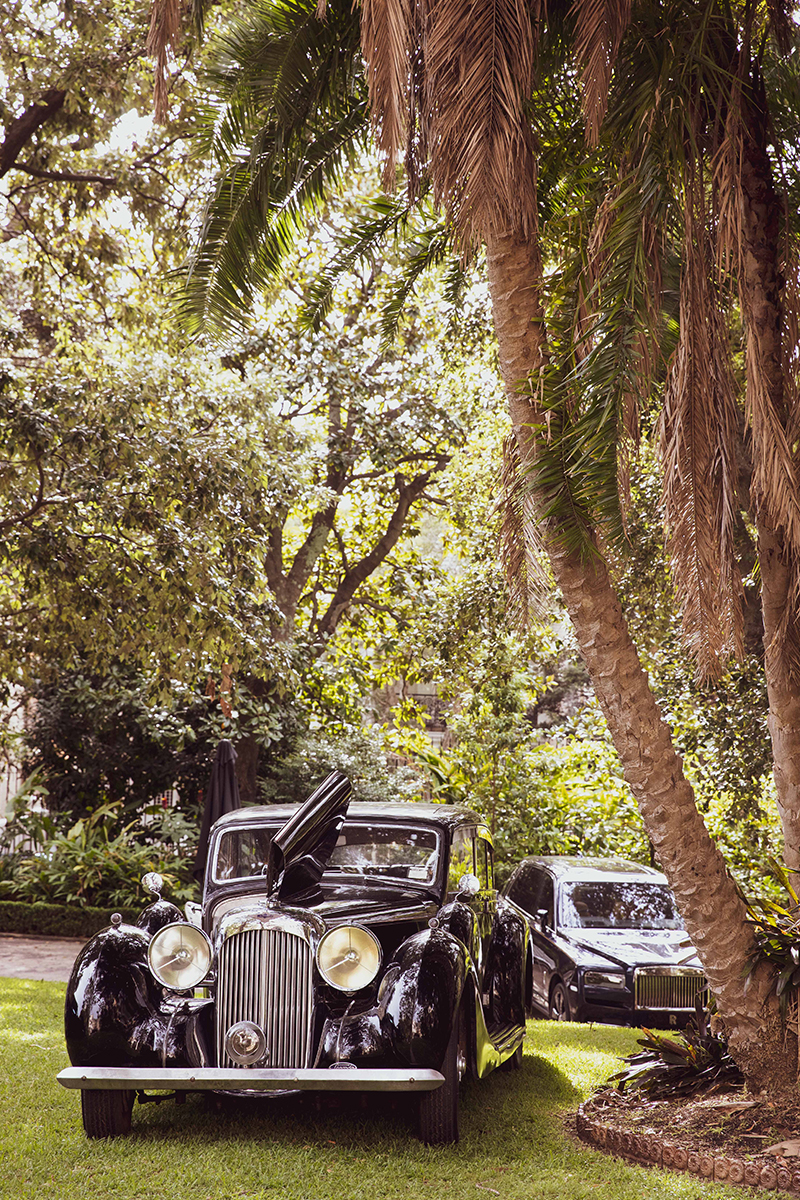 “Our job today is to pick the best class winners and what we’ve done today is we’re looking at things from an elegance point of view,” Bagley told The CEO Magazine.

A.Lange & Söhne showcased its intricate complications and timepieces with one of its talented watchmakers at an interactive display among the gardens.

“If you look around and look at these cars, it is a result of craftsmanship because most of them are handmade and, of course, it takes a lot of passion and love for the owners to maintain or restore the cars to the level you see here,” he said.

One of the most eye-catching cars was the 1970 Lamborghini Miura S. The extraordinary example has been restored entirely by its current owner William Zuccon.

The six-year process included a trip to Lamborghini in Santa’Agata Bolognese in Italy, searching build records and replacement of all components showing signs of wear. And it was well worth the effort as the Miura S took home the 2020 Best of Show trophy presented by AXA.

“What drew me into buying a Lambo Miura? I think that started when I was about nine and I saw this car in a magazine and I still have that magazine,” Zuccon told The CEO Magazine . “The engine is six inches behind you at the back, you’re intimately aware of the engine every moment and it really feels as if there’s this angry, noisy mass just shoving you down the road.” 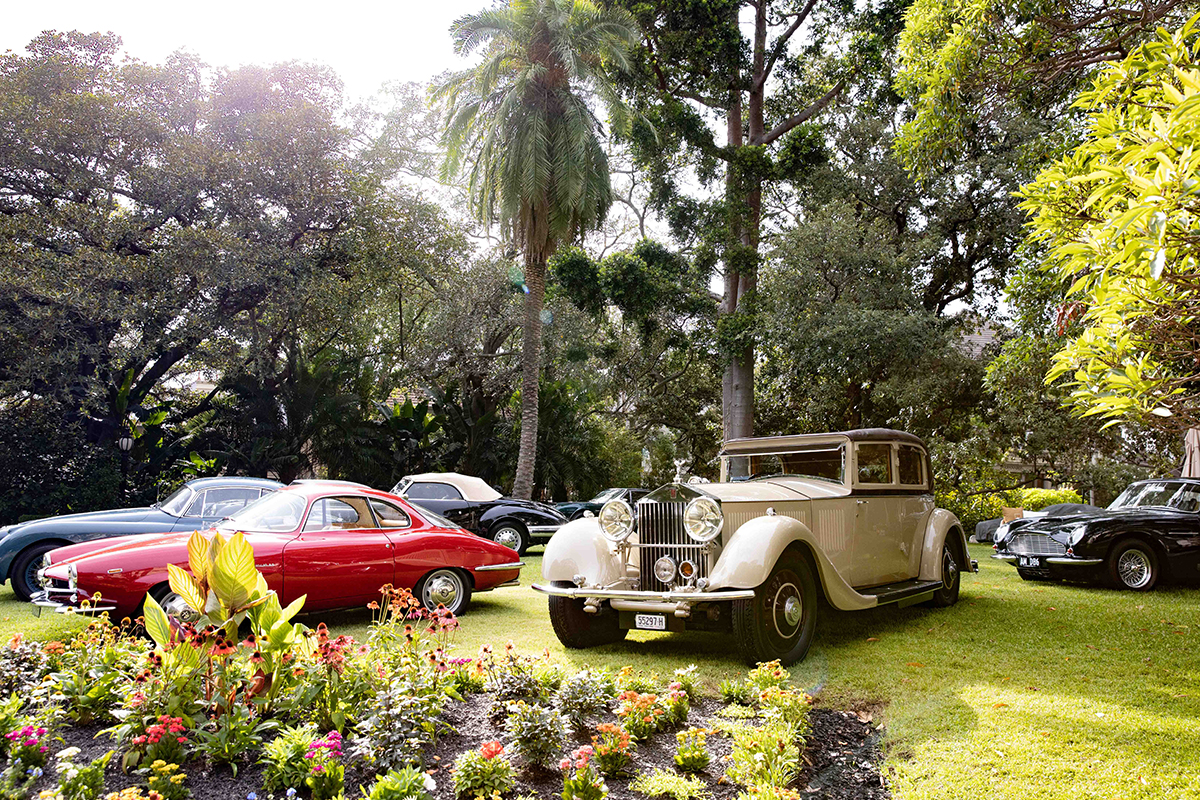 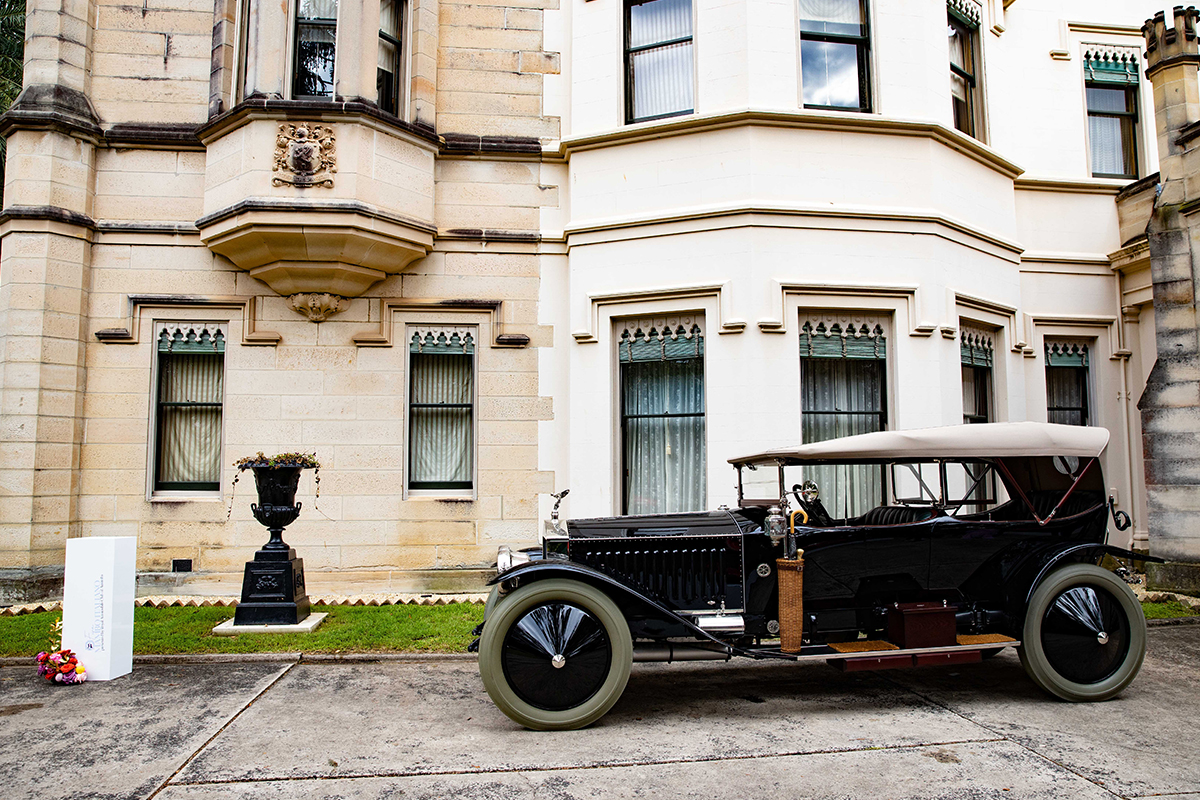 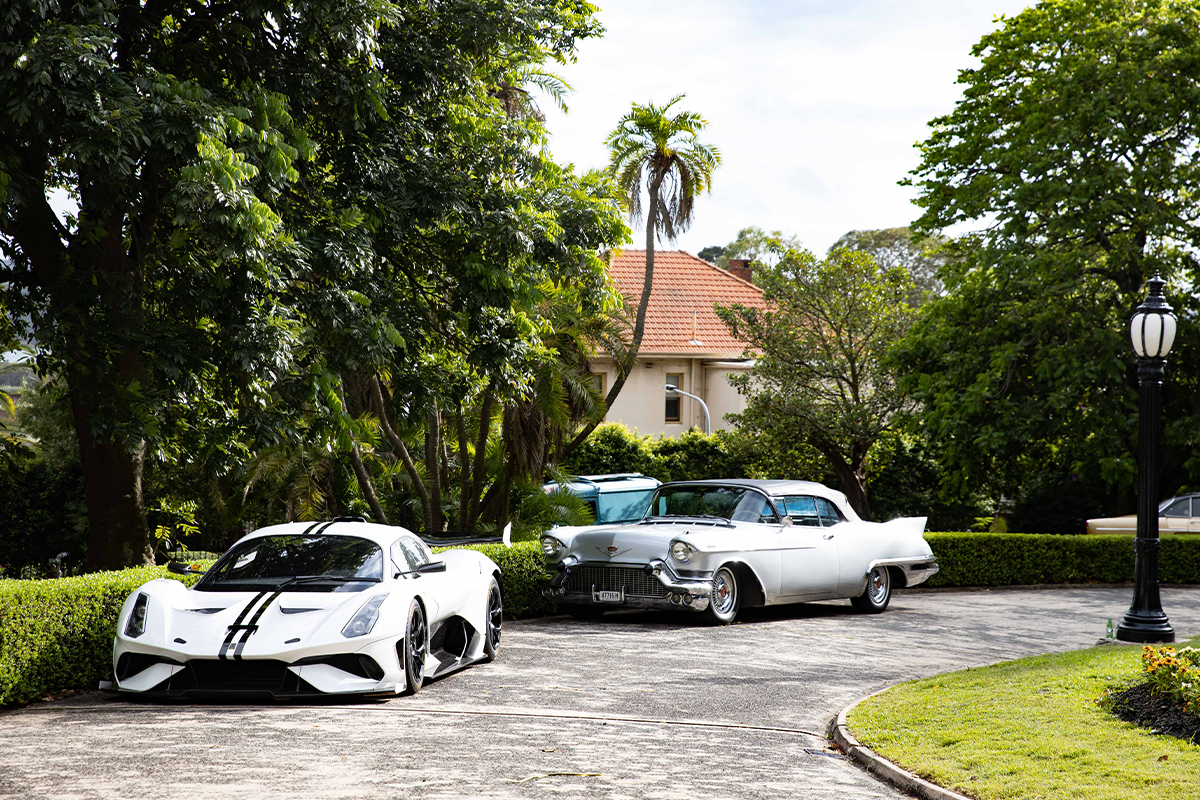 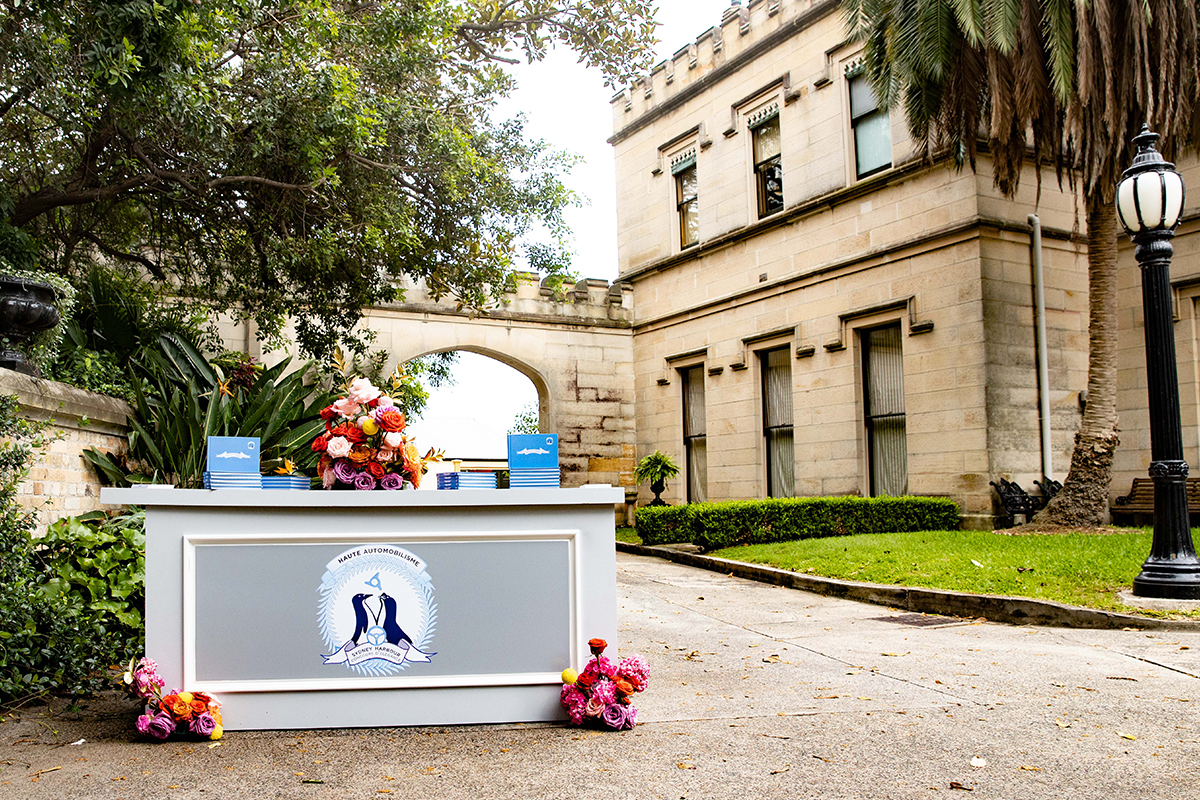 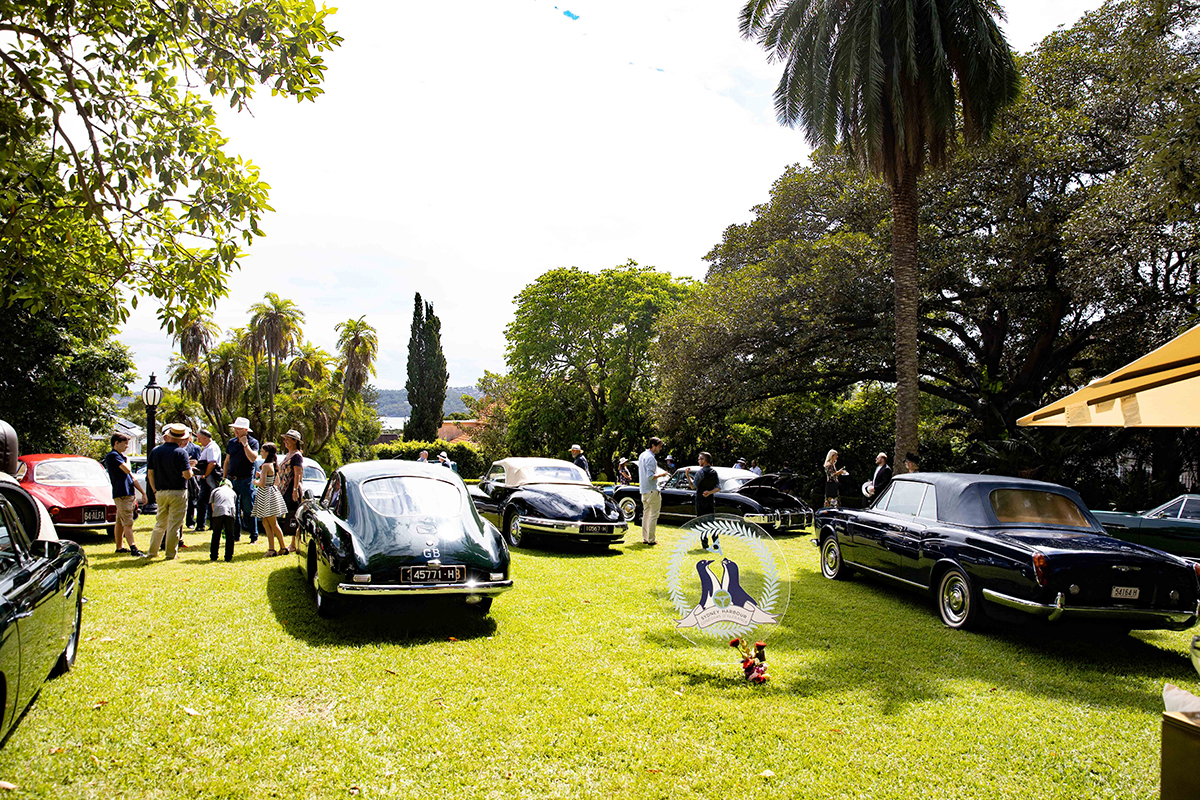 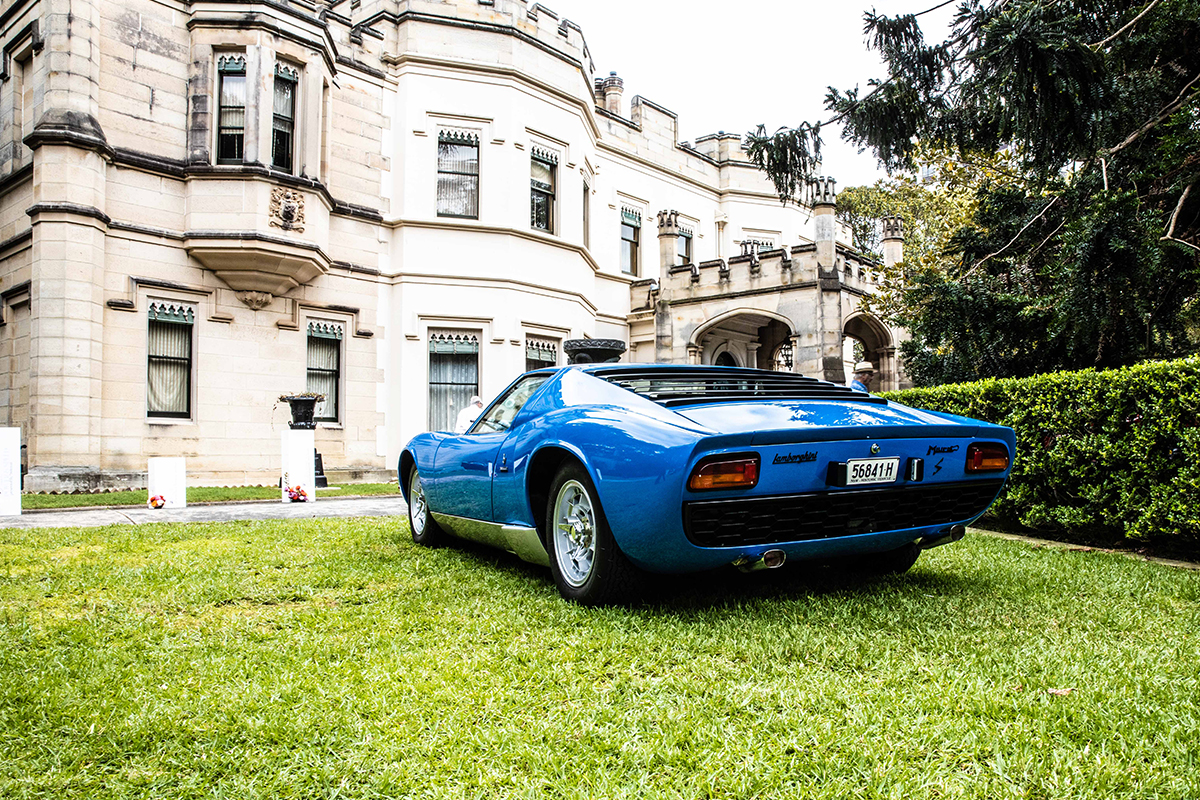 The winners of the most distinguished luxury motoring event in the Southern Hemisphere were announced at an exclusive black-tie trophy gala dinner held at the Royal Automobile Club of Australia.

Celebrating the 2020 concours and awarding the coveted Best of Show award and the People’s Choice award, the venue shone in hues of violet, gold and azure while dramatic crystal chandeliers hung from the ceilings.

Taking home the Best of Show runner-up award was the 1913 Rolls-Royce Silver Ghost, and in third place was the 1964 Alfa Romeo Giulia SS.

People’s Choice was awarded to 1913 Rolls-Royce Silver Ghost, the Preservation award was handed to a 1949 Singer Roadster, the Women’s Choice award went to a 1949 Jaguar XK120, and the Cavallino Rampante Award went to the 1964 Ferrari 250 GT Berlinetta Lusso.

“This is so impressive. You don’t get things like this anywhere else in the world and these are fantastic cars,” Simon Mobey, Head of Private Clients at AXA said. “It was really important for us to sponsor this event because it’s the perfect opportunity for us to coincide with our launch event of our new client proposition and these cars deserve the best and we look forward to being a long-term partner.”