Let the show go on: Musicals return to Sydney with Broadway hit Pippin

When the curtain rose, it was immediately obvious that Pippin delivers. 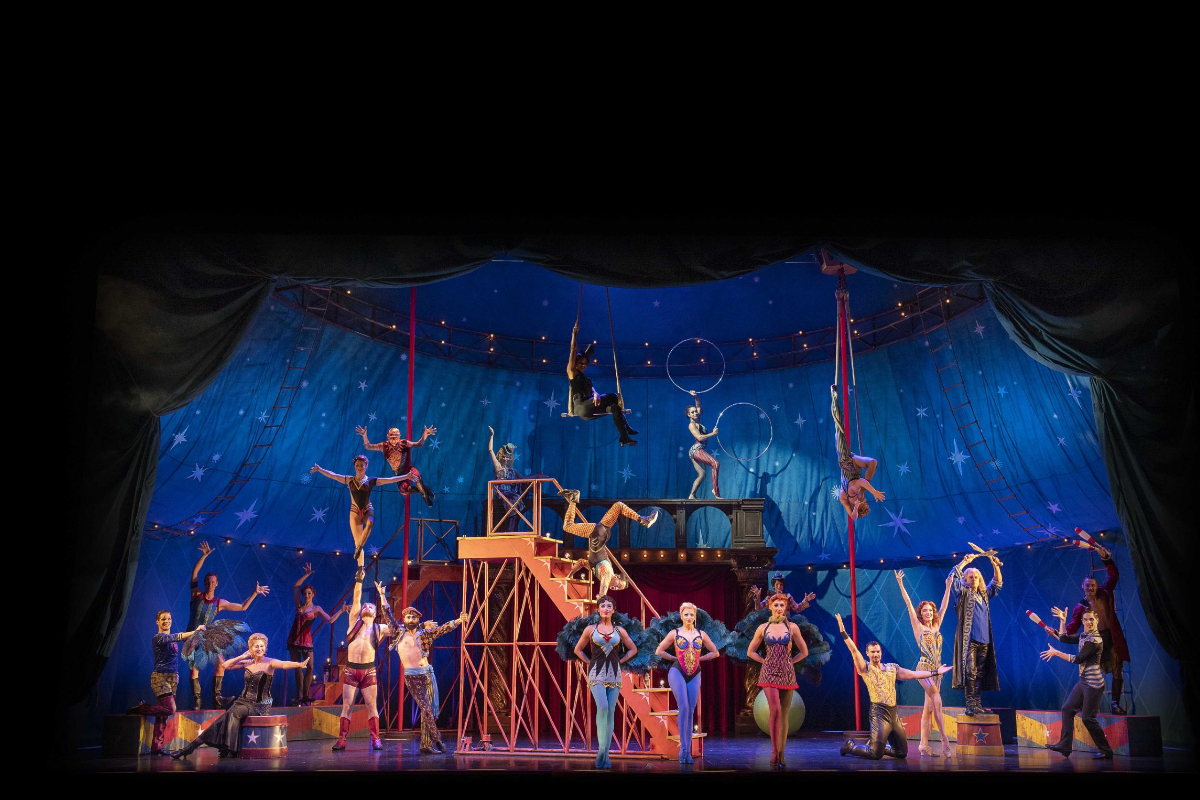 As the first full-scale musical to stage in the Southern Hemisphere since COVID-19 restrictions were enforced, entertainment-starved Sydney A-listers buzzed in the sheer delight of being out and about again. Many wore matching bling masks, some sported the Pippin mask handed out on entry, and everyone was just happy to be back in town at the theatre.

When the curtain rose, it was immediately obvious that Pippin delivers. Its wondrous acrobatics and mystifying magic combined with dazzling razzmatazz and cheeky vaudeville are just what the doctor ordered to get over the COVID-19 blues.

The story of Pippin (Ainsley Melham), an unfulfilled prince looking for meaning, is told by a travelling troupe of actors and acrobats called Players, led by the Leading Player – think ring master (Gabrielle McClinton).

At a crossroads in his life, Pippin is torn between succeeding his father King Charles or finding his own path. Hilarious attempts at battle, sex, murder and love ensue as the prince desperately tries to find himself and his ‘corner in the sky’.

The multiple Tony Award-winning show, produced in Australia by The Gordon Frost Organisation, is a 1972 musical with music and lyrics by Stephen Schwartz and book by Roger O Hirson. Staged under a circus big top, it’s a play within a play starring a cast of 28. 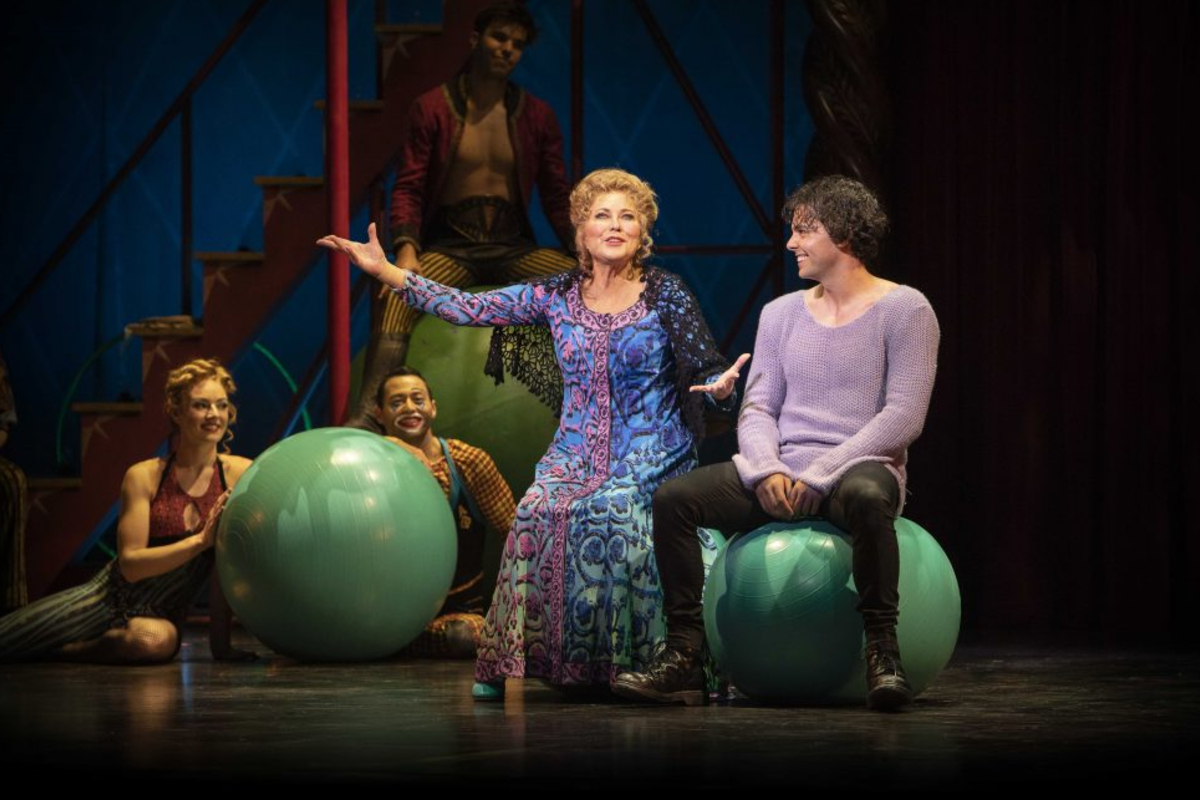 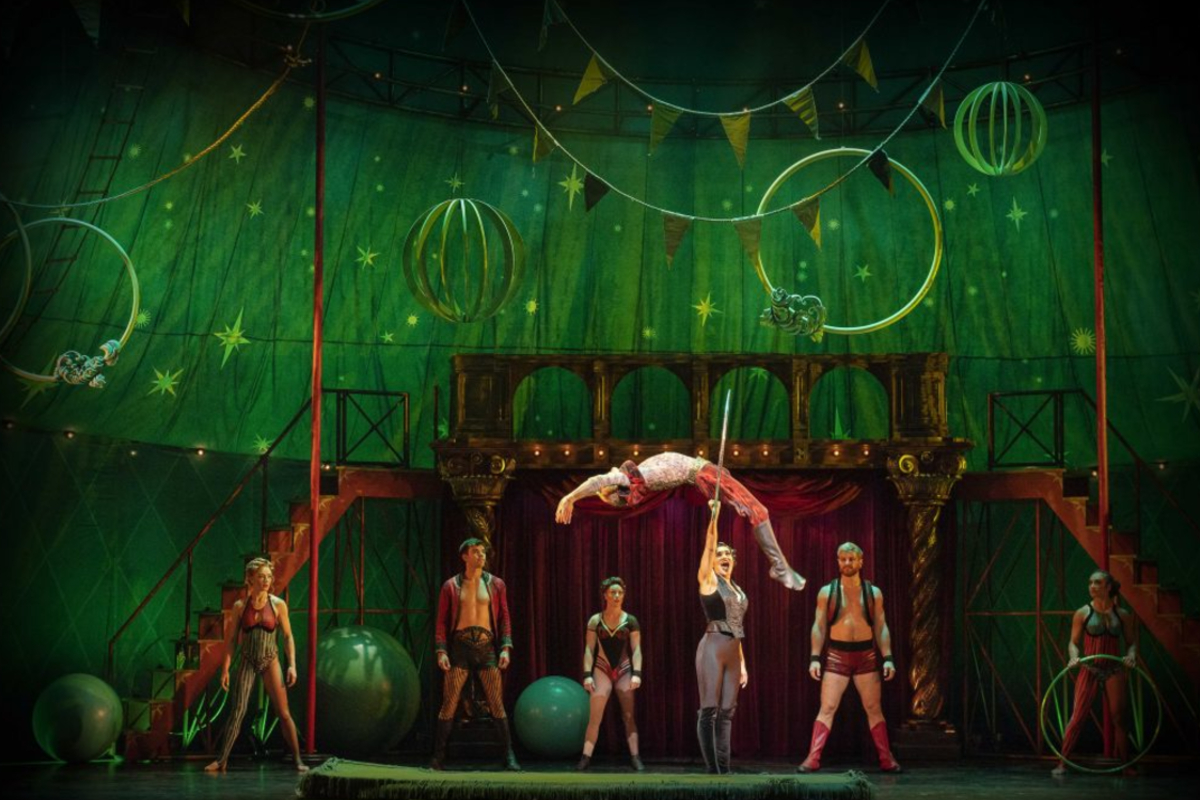 Among our musical theatre favourites are seasoned circus performers, some ex-Cirque du Soleil, lighting up the stage with juggling, dives through hoops, trapeze acts and seamless slides across giant balls. We’re mystified by wondrous levitation, charmed by a chat with a headless victim of war and bewildered when a body disappears, right before our eyes.

While there are no weak links in this production, there are plenty of standouts. Reprising her Broadway role, Gabrielle commands the stage with her acerbic wit, razor-sharp timing and athletic prowess. You can’t help but wait with anticipation for what will come out of her mouth as soon as she parades out.

Meanwhile, Ainsley, renowned for his role in the Australian and Broadway production of Aladdin, is deliciously vulnerable while also providing his own wow moments with his athleticism.

But it’s Kerri-Anne Kennerley, Australia’s veteran television host and former showgirl, who has you on the edge of your seat. Yes, the 67-year-old can still belt out a tune, but hanging upside down from a trapeze? She nails the role of Berthe, Pippin’s mother, adding a maternal warmth and poignant self-reflection in her rendition of ‘No Time at All’.

Lucy Maunder as sweet Catherine and Leslie Bell as the scheming Fastrada both give strong performances, while the latter pulls off (literally) the most astonishing costume change ever seen live on stage. Mindboggling.

Pippin is colour. It’s life. It’s exhilarating. It’s all over the place at times, but that’s what makes it captivating.

Pippin The Musical will play at the Sydney Lyric Theatre until the end of January 2021.

COVID SAFETY
In order to comply with COVID-19 safety regulations, the Lyric’s Grand Circle is closed so the theatre can operate at 75 per cent capacity. Venue check-in is mandatory and monitored, hand sanitisers are prominently placed and patrons are not allowed to enter the Lyric without a mask. Queuing systems are in place with tickets, including a stipulated arrival time to enable patrons to be processed quickly and efficiently. Cashless bars remain open but food and drinks are only to be consumed once seated in the theatre.