Bottoms up: Wine enthusiasts prepare for the 2019 Barossa Wine Auction

Fine wine lovers and collectors around the world are licking their lips and preparing their paddles for the 23rd Barossa Wine Auction & Lunch, held in April, in Australia’s most iconic winemaking region. The pinnacle of Barossa’s social calendar, the 23rd Barossa Wine Live Auction & Lunch will see up to 350 avid wine collectors and aficionados flock to the wine region to sample and bid on its best vintages.

Held every two years, the auction has been an integral part of the Barossa Vintage Festival since 1965. Each rare and distinguished bottle going under the hammer has been directly curated from local winemakers’ private reserves, and is expected to fetch from between A$40,000 to A$60,000.

“Barossa is undoubtedly Australia’s most iconic wine region. It’s a fantastic place to grow grapes and it’s home to a collection of vineyards and wineries with heritages dating back to 1842,” says Barossa Grape & Wine Association CEO James March.

“The accumulated experience among our growers creates a distinctive wine style that has captured the imagination of wine collectors around the world. There’s no place like Barossa, that’s for sure.” 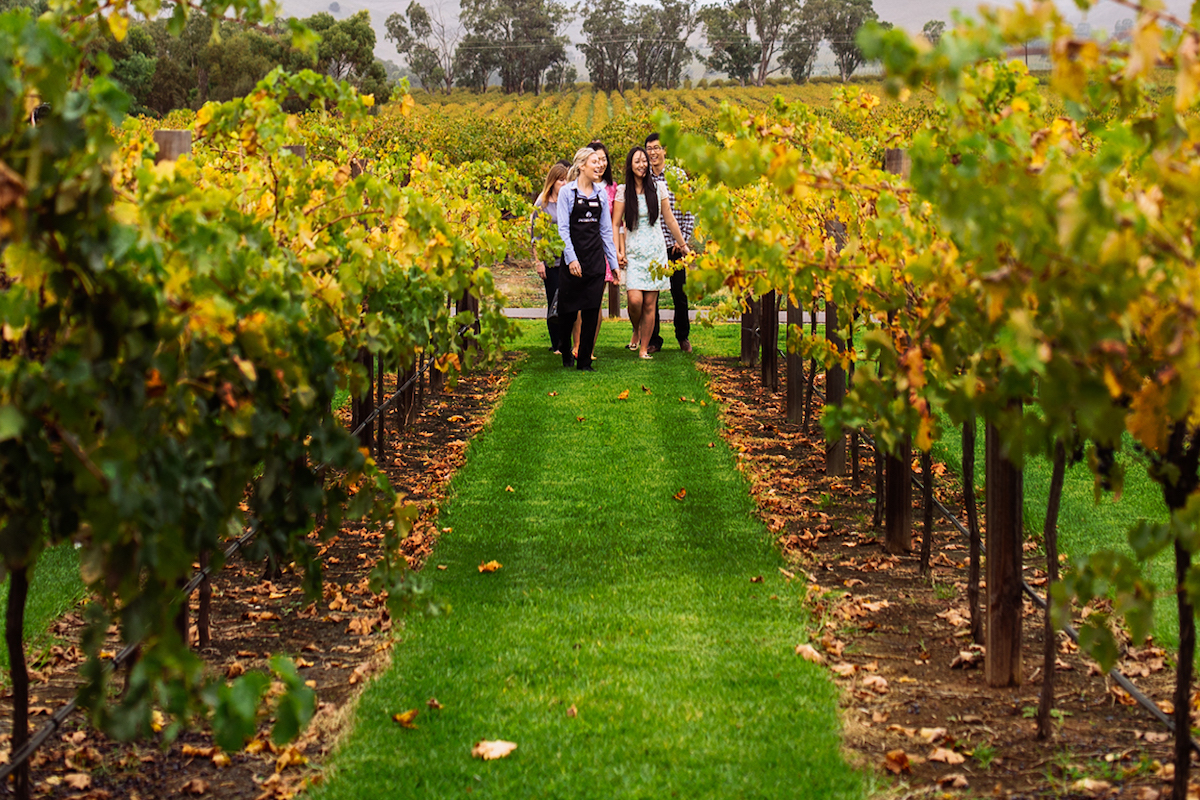 James anticipates that around 150 lots will be available online this year, with an additional 30 lots on offer at the live auction on Friday 26 April at Lambert Estate.

Combined online and live auction sales totalled a massive A$245,000 in 2017 – an impressive feat James hopes to surpass this year.

“There’s nothing like the energy of a live auction,” he says. “The top lot this year is a beautiful Penfolds Grange Imperial 2013, which received 100 points from a renowned wine critic.”

Hosted by Mistress of Ceremonies Jane Thomson, auction day will include an exclusive tasting of selected auction lots presented by The Barossa Cellar, as well as a Riesling and oyster-tasting courtesy of Riesling Eden Valley winemakers. Guests attending the live auction travel anywhere from nine to 9,000 kilometres, and James has noticed growing interest from markets in Hong Kong and mainland China.

“Buyers are increasingly seeking out wines that have a story and a strong connection to a particular place or vineyard,” he explains. “They’re looking for integrity, truth and provenance in their wine and that’s something Barossa has in spades.”

Born and raised on his family’s vineyard in Barossa’s Eden Valley, James travelled abroad to work in the wine industry across Germany, Portugal and England, before returning home to share his learnings in Adelaide.

“When the opportunity arose to move back to Barossa, I jumped at the chance to commit all my energy and experience to a place I have such a strong connection with,” he recalls.

“It’s been a privilege to help the auction evolve each year and see Barossa claim its rightful position on the global winemaking stage.”

Tickets for the 2019 Barossa Wine Auction and Lunch are available from A$165 here.