The big business of high fashion

If there was doubt that haute couture, a French phrase that literally translates as ‘high sewing’ and is considered the purest form of fashion, was still relevant, here are two instances to dispel it. 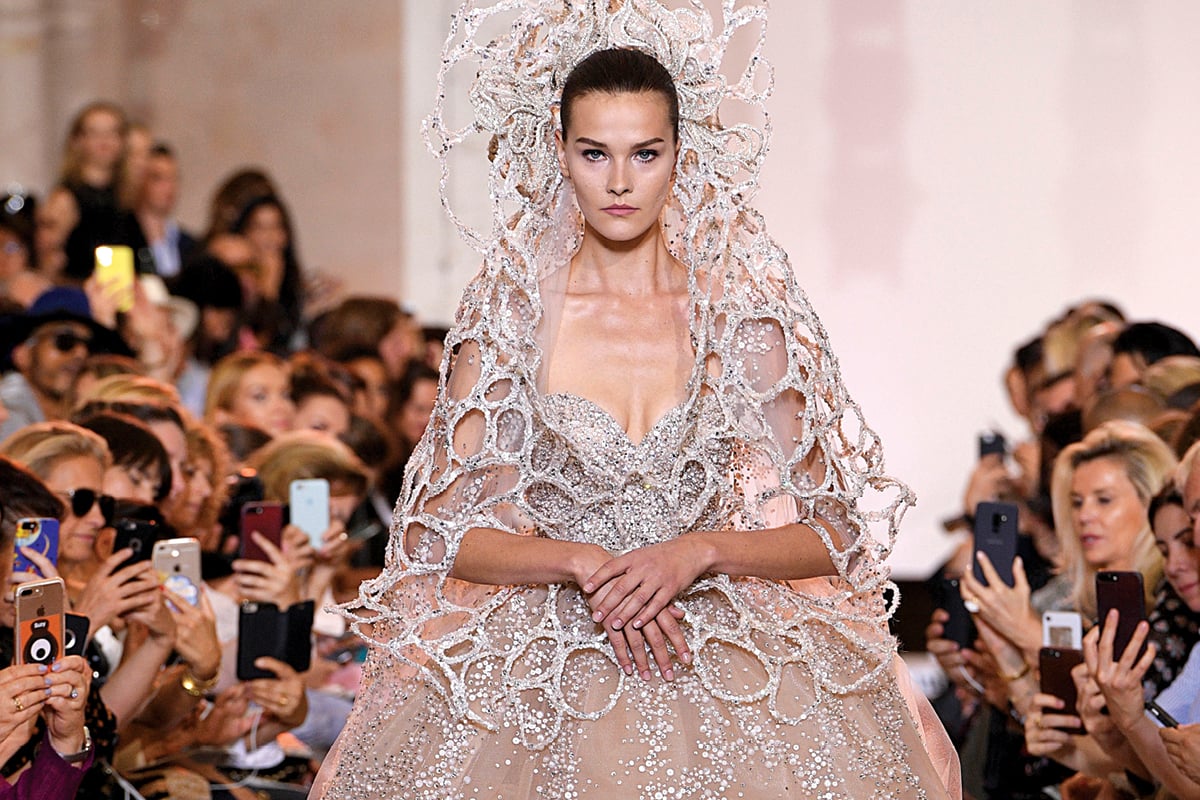 In September, Italian mega influencer Chiara Ferragni, who has 15 million followers on Instagram, got married wearing not one but two Dior Haute Couture dresses, earning a reported US$5.2 million worth of coverage for the French maison. Meanwhile, Kaia Gerber, daughter of 90s’ supermodel Cindy Crawford and the undeniable new ‘it girl’, sent the internet abuzz when she appeared in the Valentino Couture Show in Paris this July, swathed in pink feathers, her hair in a bouffant that reminded the world of the adage, the higher the hair, the closer to God.

This is not to say that haute couture, a legally protected term, is nothing if not the ultimate fashion fairytale. Created for wealthy Parisians in the 19th century who wanted bespoke wardrobes, haute couture is governed and guarded by a stringent set of rules and regulations established after World War II. These are regulated by the Chambre Syndicale de la Haute Couture.

Unlike the haute couture clients of previous eras… clients now tend to live in Russia, China and the Middle East.

Here are the rules. Only 14 designers (including Chanel, Christian Dior, Fendi and Valentino, though others, such as Elie Saab and Viktor & Rolf may be invited as guests or ‘correspondent’ members) can show at the bi-annual haute couture shows in Paris in June and July.

It is up to the French Ministry of Industry to decree who can call themselves a haute couture maison. A collection of at least 25 outfits must be produced, mostly by hand (usually with rare and precious fabrics and embellishments) and definitely in Paris. Oh, and the prices for these one-of-a-kind pieces, which can take up to 700 hours to create, regularly reach the several-hundreds-of-thousands-of-dollars mark. 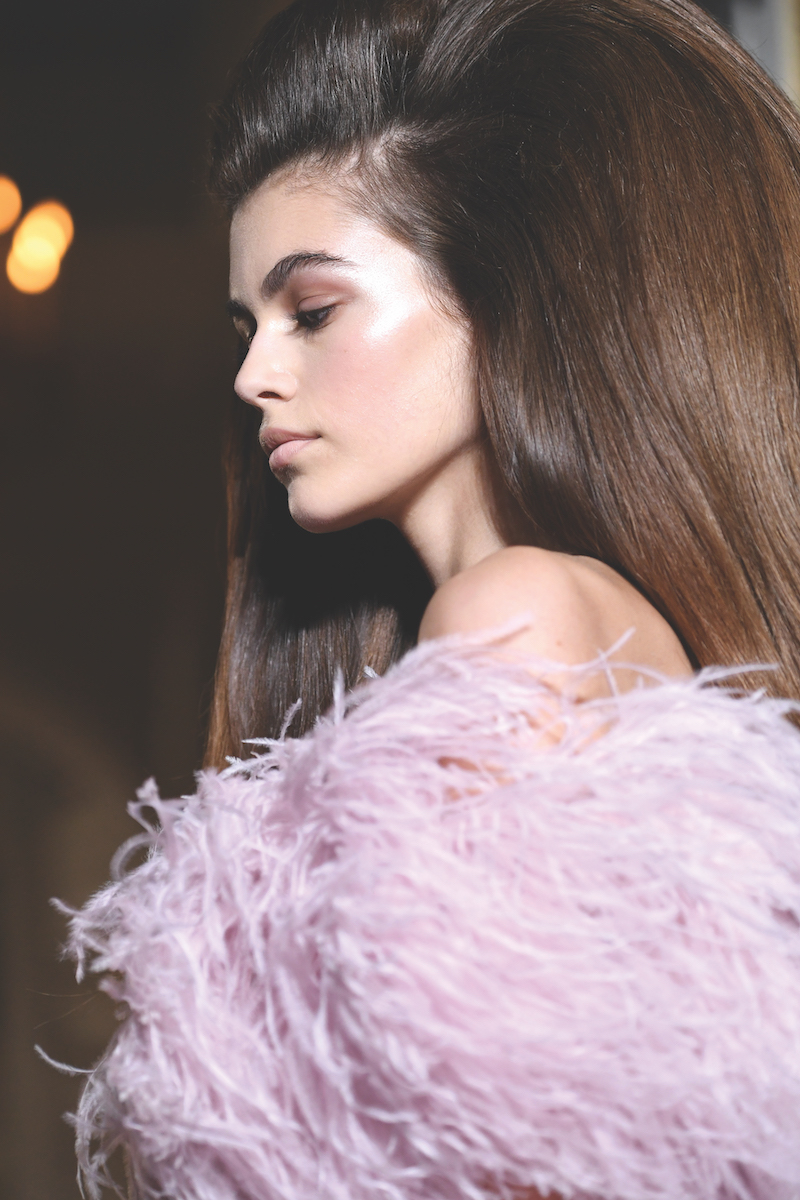 Therefore, they are, as Bruno Pavlovsky, the president of fashion at Chanel once put it, clothes for “the happy few”.

The couture client base is, according to The New York Times, thought to be around 1,000 to 2,000 customers globally. Unlike the haute couture clients of previous eras, including Princess Margaret, movie-star-turned-Monaco-royal Grace Kelly, and American socialites such as Lee Radziwill and Babe Paley, clients now tend to live in Russia, China and the Middle East.

Australian couple Tamara Ralph and Michael Russo started their couture atelier Ralph & Russo in London in 2010. Their gowns are completely handcrafted and can take up to a year to complete. They have been worn by Princess Ameerah al-Taweel of Saudi Arabia, Beyoncé and perhaps most famously, by Meghan Markle, Duchess of Sussex, in her 2017 engagement photoshoot with Prince Harry.

In 2014, Ralph & Russo was invited by the Chambre Syndicale de la Haute Couture to show on the official Paris couture schedule, becoming the first British house in a century to be given that particular honour.

Ralph says that she designs for women of the world. “Our clientele are international women from all corners of the world. They lead varied lifestyles with one thing in common; they love to dress well. Each couture piece has to be as individual as they are,” she says.

For Michael Russo, who describes their atelier’s invitation to show during couture week as one the brand’s “greatest and most cherished achievements”, couture is an art form that must endure, particularly, he says, in a time of fast fashion and where true luxury is becoming ever trickier to define, and thus more keenly sought after by those happy few. 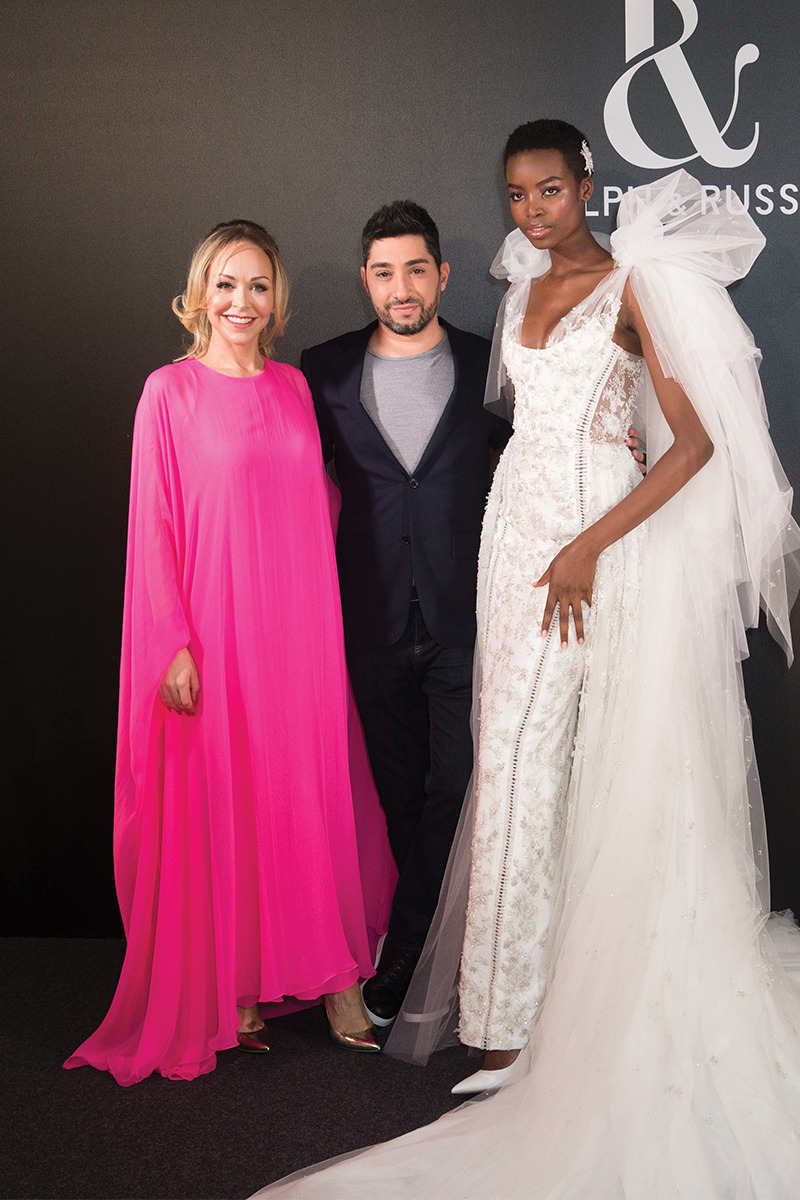 “Couture is a celebration of creativity and personalisation combined. In current times there is increasing demand for fast throw-away fashion, whereas haute couture is all about the experience and attention to detail,” he says.

“This is what modern luxury and service means today, making it all the more important for us to build and maintain relationships with our couture clients. Their needs always come first.”

Karl Lagerfeld, who is perhaps high fashion’s true king with his 30 years at Chanel and 50 at Fendi, said in a recent interview with the London Telegraph that the modern day couture client has more buying power than ever, although he believes you’re unlikely to spot them in the front row at the shows. That’s left to celebrities, editors and digital influencers like Chiara Ferragni who are increasingly earning more of the luxury brand marketing budget.

“Most of them you will never see at the shows, because they don’t go to Paris or Rome, they get the collections shipped and shown in their homes on the other side of the world – from China to Japan to Korea and the Middle East. These are new fortunes, you know? They make the rich of the past look poor. In the old days, when an American bought five couture dresses, she was a good client – now, a client will buy 20 dresses in five minutes.”

And yet, despite the awe-inspiring prices of couture, it is not really about the money. The enormous outlay and time involved in creating couture collections for a very small clientele means most luxury fashion houses barely break even, and sometimes lose money, on couture. Even ready-to-wear isn’t the golden ticket. That’s not to say the luxury market doesn’t command enormous purse power. 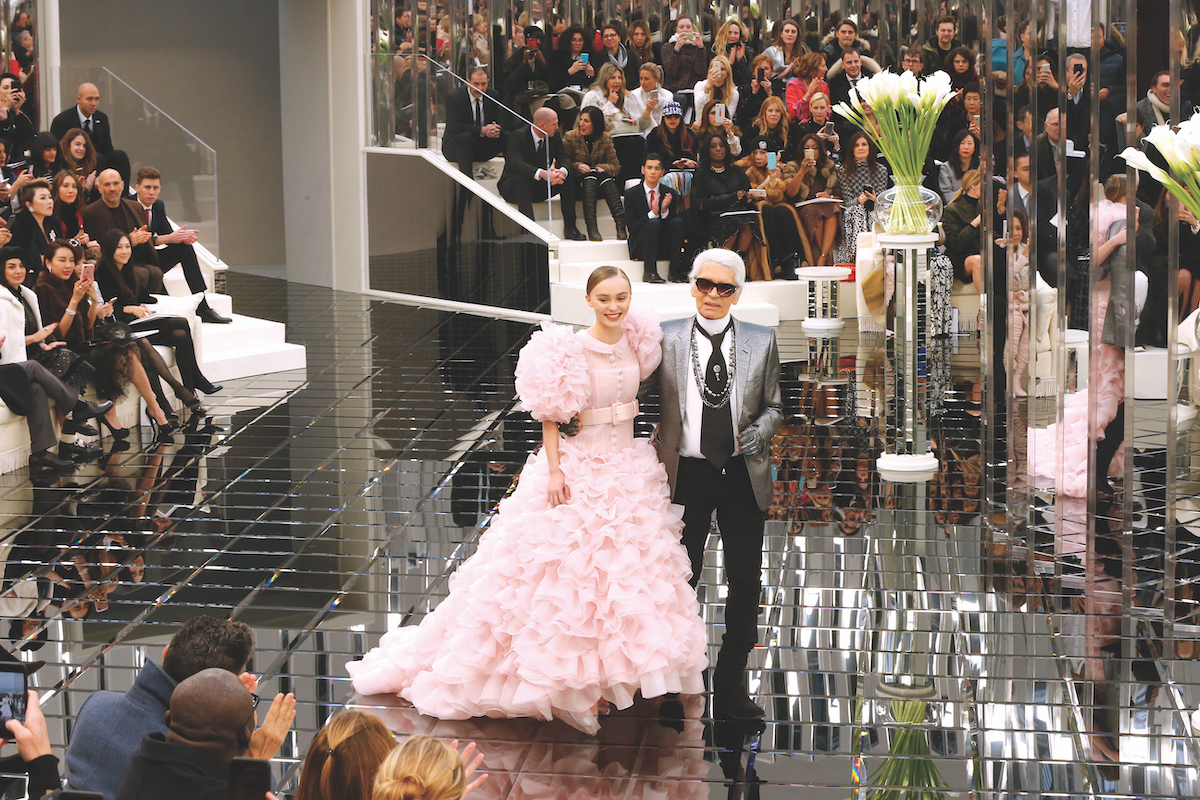 According to the 16th edition of the Bain ‘Luxury Study’, the luxury market grew by 5% to €1.2 trillion globally in 2017. The real money though is in a house’s accessories and fragrances. Couture is seen as the ultimate in prestige. The breathtaking shows – this year, for example – showcase the full capabilities of high-end fashion and its talented ateliers, and are then a long-term investment for the exclusive art form, and all that
it stands for.

Annie is a journalist and digital editor with more than 10 years’ experience working for Australia’s top publications.