The global food trends that are transforming our world

From harvesting sea rice to cell-based meat, food pioneers are engineering novel solutions to solve some of the 21st century’s most pressing issues.

Often mistaken as superficial and fleeting, food trends can vary greatly. However, some are truly worth taking note of as they inspire food connoisseurs and those who spend their entire lives in the gastronomy business to steer humanity into uncharted territory.

These trends reflect our times and offer hope in the face of climate change and the ever-growing number of human beings demanding foods that may be more difficult to come by in 20 or 30 years’ time.

The UN’s Food and Agriculture Organization has estimated that an increase of 60 per cent in agricultural output will be required to feed the human population by 2050.

According to Deloitte’s ‘Future of Food’ report, food trends are indicative of greater changes, both environmental and technological, stating that “The food industry is in the midst of a major transformation – disrupting the way we grow, buy, eat and feel about food.”

Immunity-supporting ingredients have gained greater attention since the COVID pandemic and product developers have been responding with new creations that tick the immunity-boosting box.

From elderberries and probiotics to turmeric, moringa and propolis, consumers are eating their way to better gut health and focusing on nutritional benefits, according to Lu Ann Williams, Global Insights Director at Innova Market Insights.

Foods and beverages that target a specific need such as sleep deprivation, stress or a low mood, otherwise referred to as ‘functional foods’, are being incorporated into close to a third of consumers’ daily diets.

The naturally fermented foods market – think sauerkraut, kombucha and kvass – is anticipated to grow by US$58 billion from 2018 to 2022 as consumers become aware of foods that research asserts will support their gut and, by extension, mental health.

DaVinci Gourmet, a global innovator of smart beverage solutions, launched its Beverage Boost onto the US market featuring the hero ingredient, Wellmune, with research-backed evidence supporting its immunity boosting and stress reduction claims. The versatile syrup is available through food service operators, delivering its health benefits across a variety of beverages such as smoothies, juices and coffee. 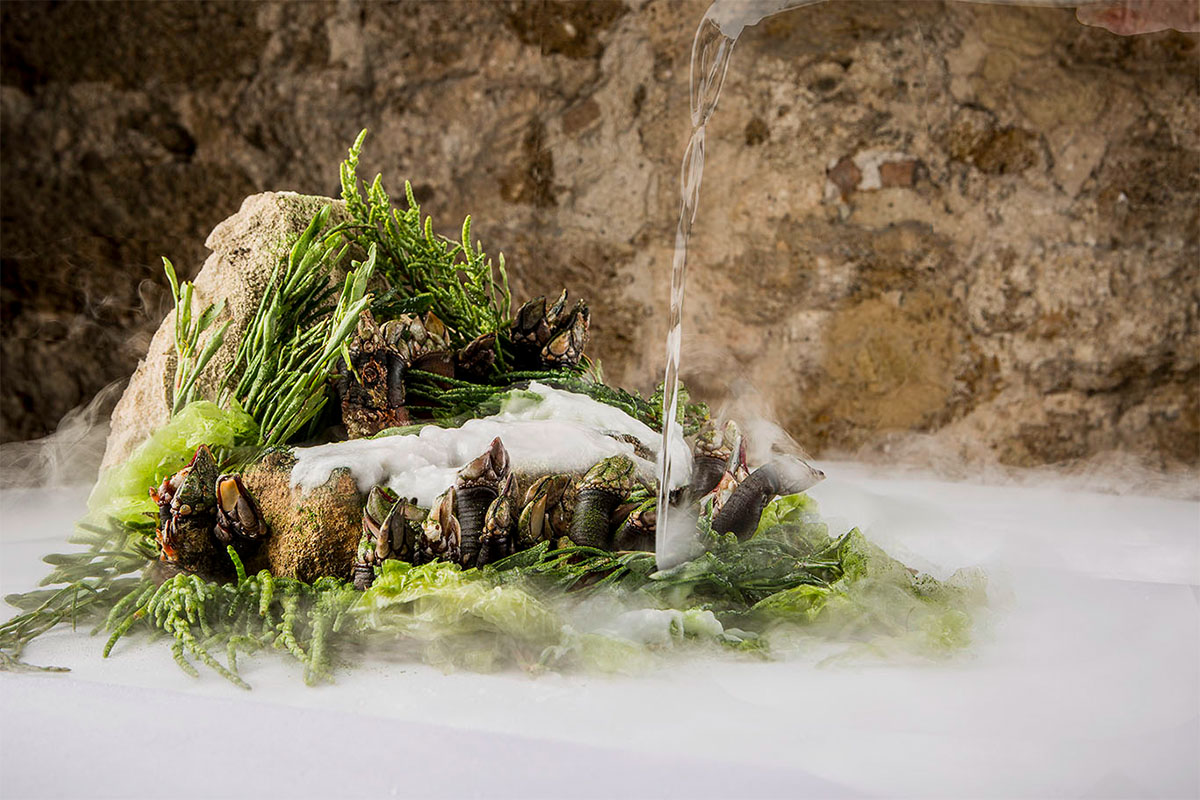 While plant-based foods aren’t a new trend, the search for variety has meant that pea, soy and wheat proteins are being joined by oat, quinoa, macadamia and hemp on supermarket shelves in the dairy alternatives section. Most notably, oat milk sales increased by over 200 per cent between 2019 to 2020 in the midst of the pandemic.

Sabina Vyas, Senior Director of Strategic Initiatives at the Plant Based Foods Association, predicted in 2020 that 2021 would be the year in which consumers would be on the hunt for more sustainable and nutrient-dense plant sources – algae, fungi, mushrooms, legumes and pulses – and a world-renowned Spanish chef, whose vision takes this concept to a whole new level, is making headlines in the culinary world for his groundbreaking experiment with an ancient Mexican staple known as eelgrass or Zostera marina.

​​“As someone serving food every day, I want to be able to better this world, and that is what I am looking for in companies.” – Dominique Crenn

Crafting his menu around ‘trash fish’ – pandora, krill, sea bream, mackerel – at his three-Michelin-starred restaurant Aponiente in nearby Cádiz, Ángel León’s fascination with hidden edibles, including sea pears, tomatoes and artichokes that grow on the ocean floor led him to rediscovering a grain resembling chia seeds that can be likened to sea rice. The rice fields dotted along the coastline was a childhood memory for the chef that has come to mean a lot more to him today.

With a dream of cultivating “an underwater garden for human beings”, the visionary has begun harvesting eelgrass from various coastal areas in Spain and introducing it to the Bay of Cádiz, which could become the world’s largest eelgrass meadow. With large-scale production of the saltwater edible, León’s experiments sound promising with the possibility to produce flour and wine and more importantly keep an endangered species alive that is also a vital element in the oceanic ecosystem.

Marine grains, including eelgrass, are currently recognised as the most eco-friendly superfood crops on the planet and León hopes that marine-based foods will be what primarily sustain us in the future beyond fish.

​​“It will be by default a green sustainable crop,” explains Carlos Duarte, a professor of marine science. “You’re not taking an exotic species and bringing it here. You’re taking one of the jewels of the Bay of Cádiz and just making more of it.” 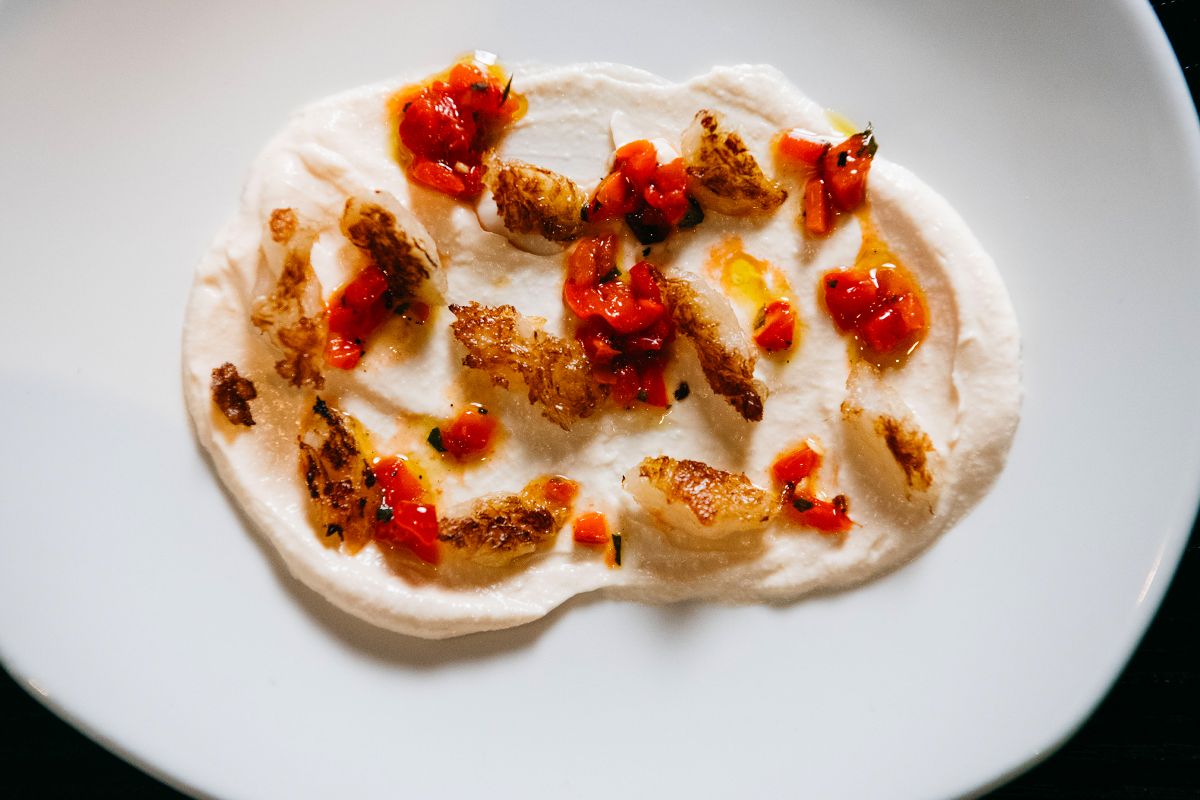 Travel restrictions might have many housebound, but they certainly haven’t dampened our search for new experiences, at least not in the culinary realm. In fact, as our taste buds become overly familiar with ethnic flavours from more widely recognised foods like miso, turmeric and hummus, the demand for ever more exotic flavours that improve health will be well received.

“Going into 2021, there seems to be heightened interest compared to the start of 2020 as consumers haven’t travelled as much as normal or dined out as much as normal – so they are looking for food at home to generate some of the novelty and interest they’d usually get from other sources,” says Neil Saunders, Managing Director of GlobalData.

As consumers are increasingly interested in knowing where their food is sourced and monitoring its safety, digital expiration date labels and blockchain technology are granting people the ability to trace the journey from farm to table with ease. Nestlé for instance has been using IBM Food Trust blockchain since 2017, which involves scanning a QR code on the product’s packaging to access detailed information consumers are often curious about such as the location and working conditions of farmers who produced their coffee beans.

In an effort to reduce food waste, Swedish startup Innoscentia, in partnership with Canadian technology company Ynvisible, has introduced a convenient way for people to be alerted, via smartphone, that their meat is due to expire. With its ability to detect gasses from organic matter with sensors in the packaging, this technology enables consumers to monitor freshness from anywhere. 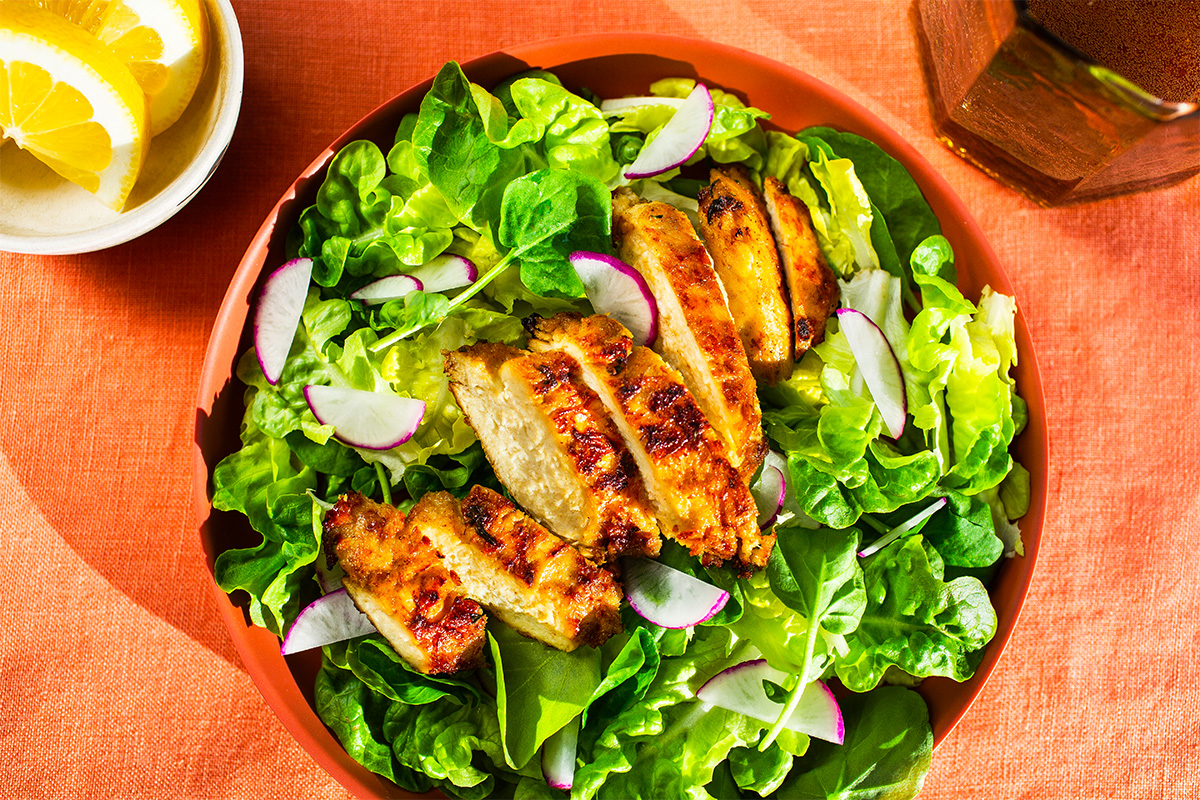 Whereas the early stages of genetic engineering focused on improving the outputs of crops and resistance to pests, technology is facilitating alterations in taste, texture and the overall quality of produce. However, consumer acceptance relies on transparency and trust.

With San Francisco-based company Ava Winery invested in synthetically produced wine, the boundaries of what can be considered real or fake are brought into question.

It has many names, the common ones being cultured, cell-based, lab-grown or even clean meat, but perhaps the most exciting or disappointing news for some is the move towards slaughter-free meat alternatives.

But before you panic that your turkey will no longer be featured at your festive feast, food and health expert Johannes le Coutre, speaking at the UNSW ‘Future of Food’ event, states that “it will be introduced in very small quantities at first” with the total elimination of meat in our food system unlikely to be the case.

Despite the fact that almost 80 per cent of Americans and Britons would prefer traditional meat over lab-grown, 67 per cent are concerned about meat’s environmental impacts.

Dominique Crenn, the first US woman with three Michelin stars under her belt, is fully embracing this sustainable move by partnering with startup Upside Foods to introduce cultured chicken onto the menu of her high-end restaurant, Atelier Crenn, and not just as a gesture of kindness to the environment but also due to its appetising qualities. However, this meat alternative is by no means vegan-friendly, as it uses animal muscle cells.

​​“As someone serving food every day, I want to be able to better this world, and that is what I am looking for in companies,” Crenn says.

Read Next: The top 10 restaurants in London for business meetings