SGC is challenging the status quo of fine wine

SGC prides itself on scouring the Gironde riverbanks for exceptional soil with untapped potential. 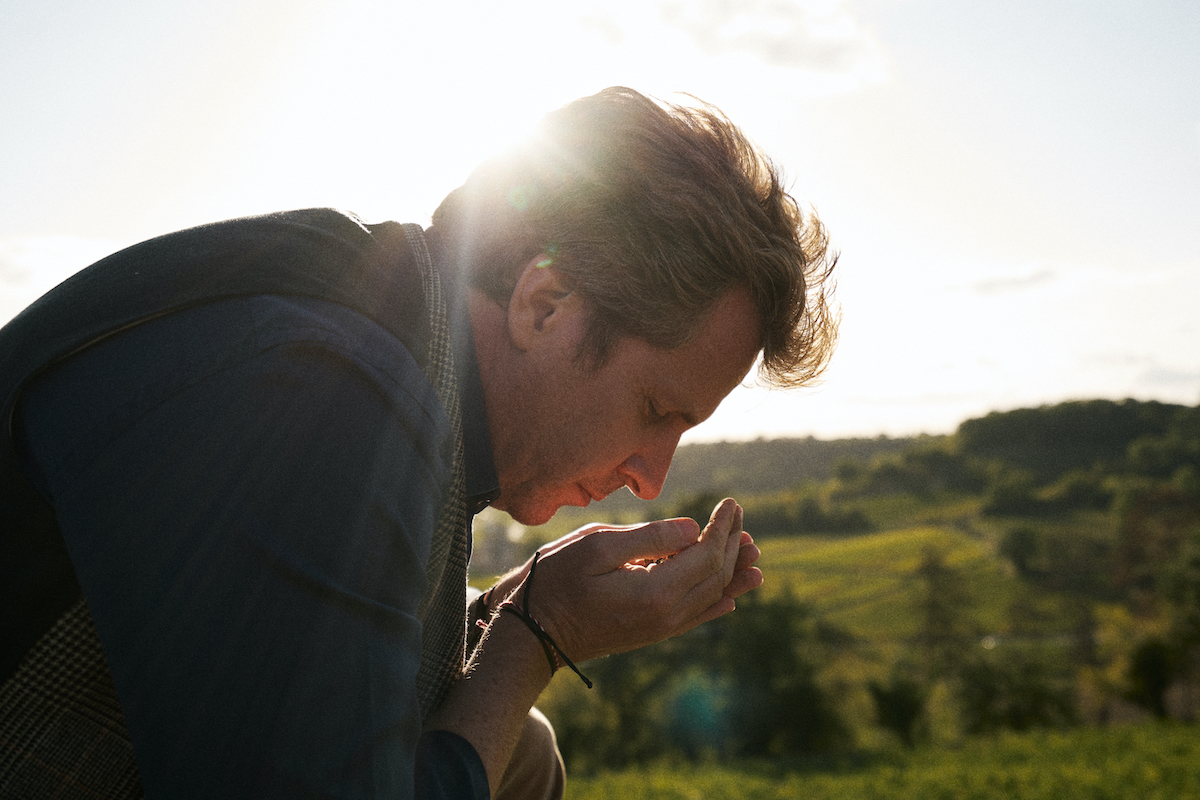 Established in 2006 by former financier Arnaud Christiaens, SGC Group is a premium wine producer born out of passion and a dream to create luxury wine from the best Bordeaux soil.

SGC, or Le Secret de Grands Cru, consists of wines from small unspecified vineyards in Saint-Émilion, Pomerol and the Médoc – parcels not discovered at the time of the Bordeaux Wine Official Classification of 1855. The classification is a system requested by Emperor Napoleon III for France’s best Bordeaux wines that were on display for global visitors.

“I have always had a passion for wine, and long-held the wines of Bordeaux in the highest regard,” Arnaud tells The CEO Magazine. “I am drawn to the sector because I thoroughly enjoy challenging the status quo of whatever industry I’m working in. I saw the great potential to do this in wine, and specifically, in Bordeaux.” 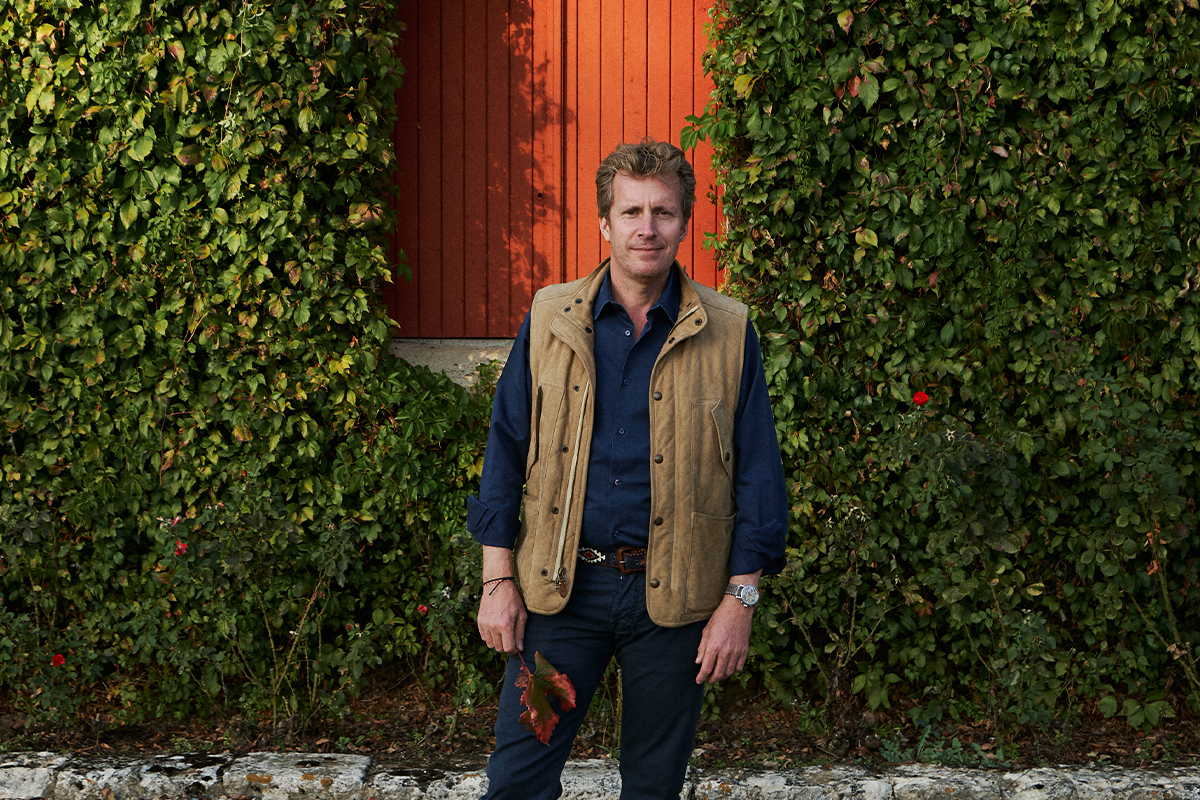 SGC’s philosophy is about taking Bordeaux back to its roots, concentrating on ‘parcels’ of soil and only producing in areas deemed exceptional by SGC’s objective criteria.

“The idea behind SGC originated from knowing there were many estates who weren’t sufficiently analysed or celebrated adequately as they were not ranked in the ‘Bordeaux Wine Official Classification of 1855’,” Arnaud explains.

“We’ve introduced a modern, yet purist approach that values soil, terroir and the product itself using cutting-edge scientific analysis to bring our patrons the highest quality wines of Bordeaux.”

“I am drawn to the sector because I thoroughly enjoy challenging the status quo of whatever industry I’m working in. I saw the great potential to do this in wine, and specifically, in Bordeaux.” – Arnaud Christiaens

While the exact location of the vineyards remains a guarded secret, the parcels are located in prime Bordeaux land used for winemaking. The company prides itself on scouring the Gironde river’s right and left banks for exceptional soil with untapped potential.

Coined as the ‘Tesla of Wine’ due to its innovative and scientific approach to soil analysis, SGC produces from the highest-rated areas of land. 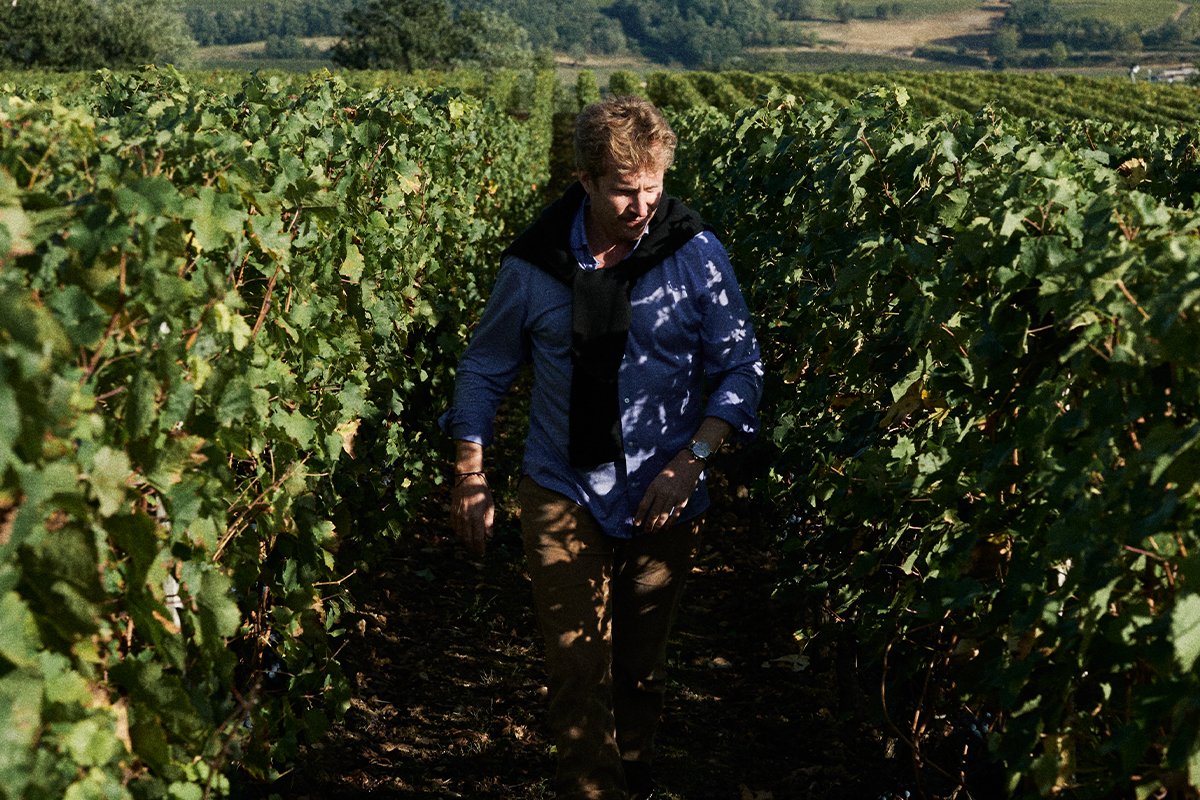 “We use highly sophisticated scientific techniques to determine the nutrients in a ‘parcel’ of land,” Arnaud notes.

“The lab breaks down the soil into four main pillars – irrigation, nitrogen levels, the strength of the vine and different layers of ground quality – in a process developed especially for the task. They are then awarded a score out of 20 based on these crucially objective criteria.

“There are many ways to rank wine, but ranking soil is much less subjective than ranking by individual taste and means you can make something consistent, year after year.”

“The beauty of SGC’s model is that it’s a mutually beneficial relationship. We are not only locating these hidden treasures for the benefit of our oenophiles but also to deliver real change and sustained livelihoods to winemakers across the region.” – Arnaud Christiaens

The full process of soil analysis takes almost a year. “We test after the harvest, in September or October, digging every 25 metres with specialised screws in order to not damage the vine,” Arnaud says in a statement.

“If a parcel is identified as having high potential, we will dig larger holes to ensure we can provide accurate soil analysis results taking into account soil quality, nutrients, pH and organic matter.

“During the summer, we use airborne footage to evaluate the vine vigour, and finally, we analyse the grapes themselves in order to map the nitrogen level and stress the vine has experienced.”

The brand’s circle of wine lovers, Le Cercle, has grown organically among the collectors across the world. Signifying the exclusivity and romance of the organisation, the collection of wines under the umbrella label SGC are released by invitation only. 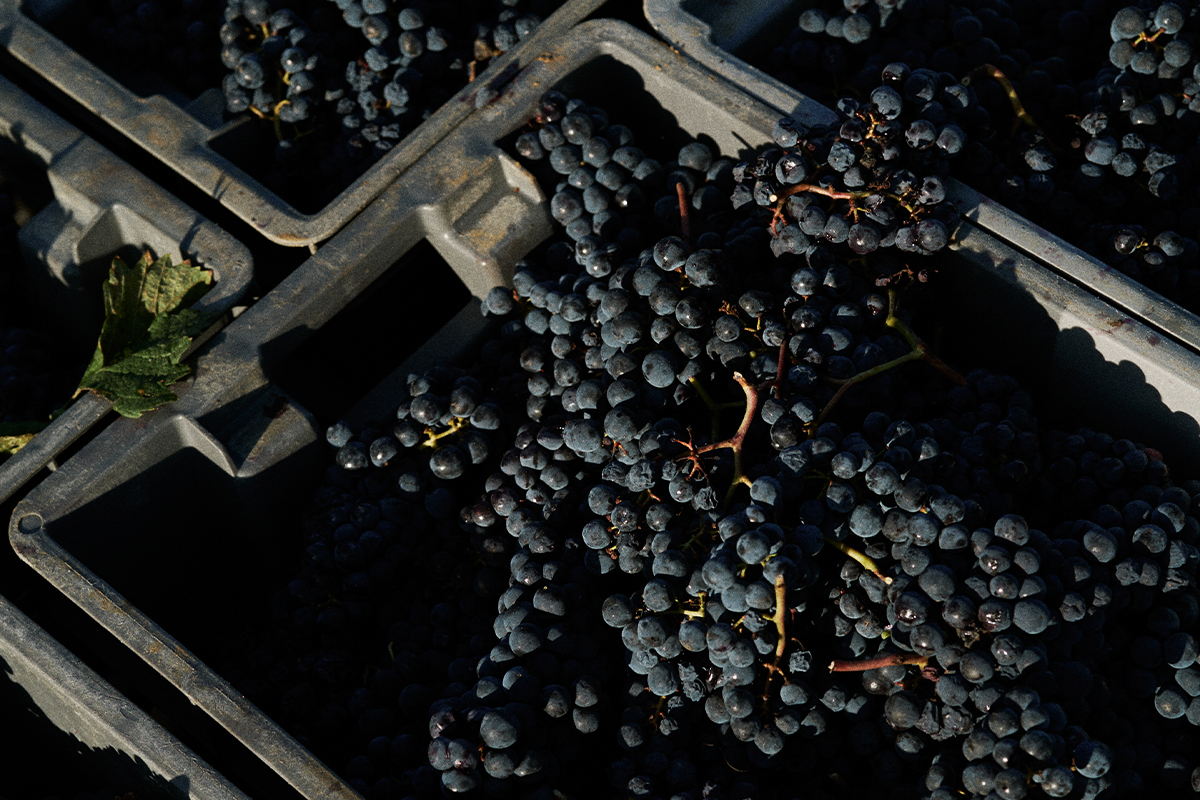 SCG’s approximately 1,500 annual cases have gained recognition from critics such as Michel Bettane and Jancis Robinson as well as champion sommelier Gérard Basset. With the most venerable vintage among buyers being the 2009 Médoc. “It was an incredible bottle of wine,” Arnaud acknowledges.

The devoted oenophile’s knowledge and respect of Bordeaux combined with his desire to challenge the status quo led Arnaud to develop a business that would topple the Chateaux of Bordeaux’s traditional methods.

“There are many vineyards that were completely unknown, and plenty of people who aren’t necessarily aware that they’re sitting on great soil,” he explains.

“The beauty of SGC’s model is that it’s a mutually beneficial relationship. We are not only locating these hidden treasures for the benefit of our oenophiles but also to deliver real change and sustained livelihoods to winemakers across the region.

“SGC is making wine that authentically celebrates the very best that is Bordeaux and allows Chateaux owners the opportunity to optimise the commercial value of their land.”

The fine wine industry is one of exclusivity and rigid traditions – it is a facade that SGC is in the works of innovating and, ultimately, changing.

“SGC is challenging this status quo with our modern soil selection process and innovative ranking system, looking to science to discover exceptional wines, as opposed to traditions or subjective tastings,” Arnaud says.

Those who join SGC’s Le Cercle are “pioneers and passionate oenophiles” who are interested in creating connections through a shared love for fine wines.

“Our network ranges from royal families, industrialists, political leaders and wealth creators to exceptional individuals from the media and entertainment industries,” Arnaud reveals. 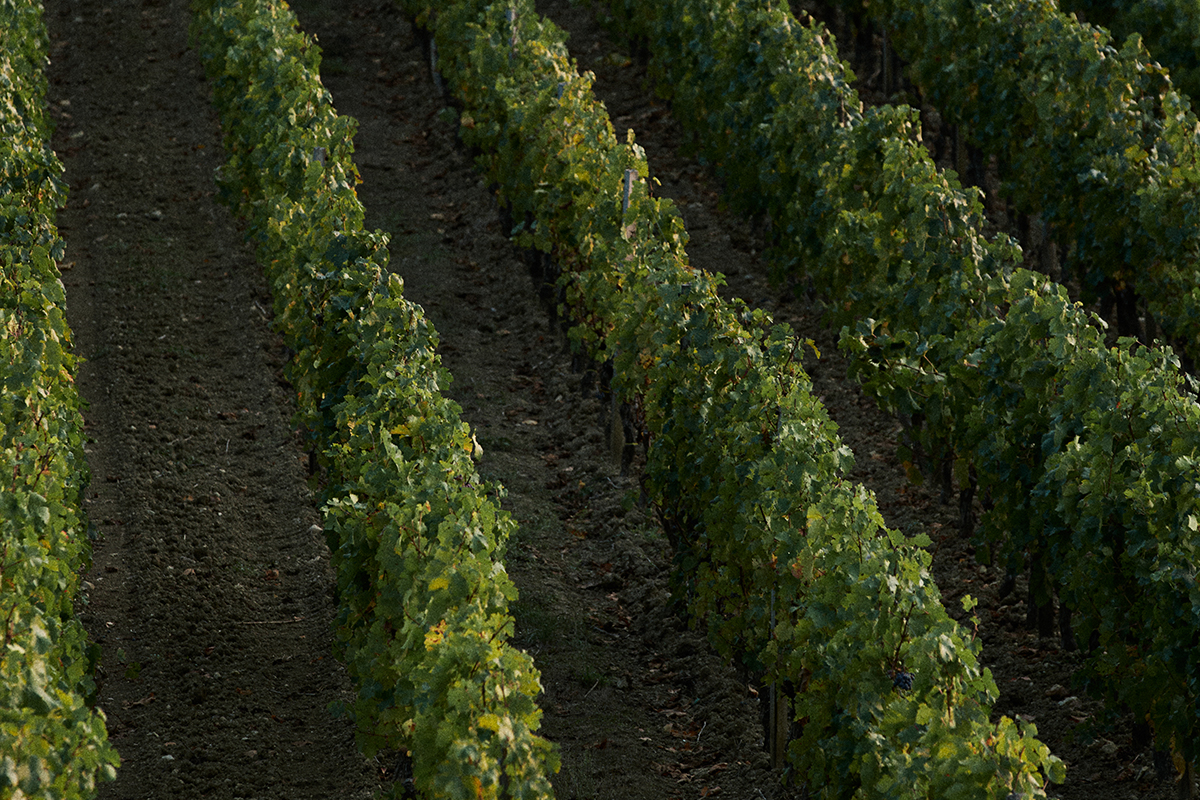 Le Cercle (The Circle) consists of globally minded individuals with a thirst for knowledge and the determination to discover the best in any category – especially wine. Members are hand-picked by SGC.

Arnaud describes the members as “genuine, dynamic, citizens of the globe who wish to positively contribute to the betterment of the world; that’s first on the list, and they have to be wine lovers”.

The aim is to create a group of people who look forward to getting together and are like-minded individuals who eventually become natural brand ambassadors for the SGC brand philosophy.

“People who met through Le Cercle have gone on to do great things together,” Arnaud notes. “Some amazing connections open up and create a fast track. United by their shared values, the members have frequently gone on to collaborate in business and leisure all over the world.”

How to buy SGC wine

Purchasing SGC wines is by invitation only. Following approval for inclusion into Le Cercle, purchases are then made by allocation annually.