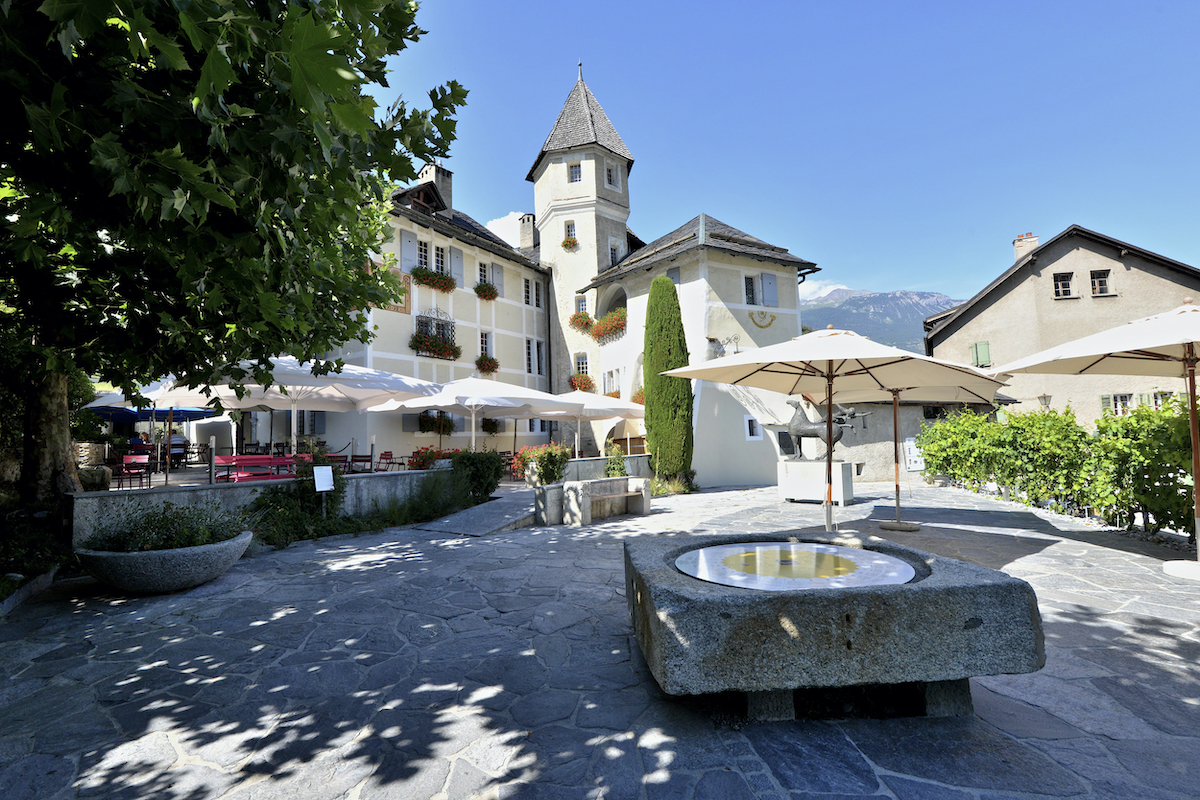 With medieval fortresses, palaces and 18th-century wine cellars, Switzerland has, perhaps surprisingly, much to offer wine connoisseurs. Although the world knows relatively little about Swiss wine – less than 2% is exported – winegrowing in the country dates back to Roman times.

The nation, ranking in the top 10 of per capita consumption of wine, has more than 14,000 hectares of vineyards spread mainly across the west and in the south, in the cantons of Geneva, Neuchâtel, Ticino, Valais and Vaud.

Many of the varieties cultivated in Switzerland are indigenous or regional specialties, with the two most common grapes being pinot noir and chasselas.

Travellers heading to Switzerland will be pleased to discover that Swiss wine can be enjoyed at some of the country’s most historic castles.

Where to enjoy Swiss wine Dating back to AD950, the Winery Schloss Salenegg in the canton of Graubünden is one of Europe’s oldest wineries.

One of the winery’s most popular offerings is its famed pinot noir, which is mashed and fermented for 10 days in steel tanks before being transferred to traditional wooden barrels to develop character. The castle’s location, Maienfeld, is just over an hour by train from Zurich. Towering at 60m high across six storeys, Vufflens Castle, in the canton of Vaud, was once the residence of German retired racing driver Michael Schumacher and his family.

With a long history involving mysteries and robberies, the castle today is privately owned by the Saussure family (Ferdinand de Saussure was considered one of the founders of 20th-century linguistics and semiotics).

Surrounding the fortress is eight hectares of vineyards, and the wine is produced in the castle’s cellars by the House of Bolle.

While the castle is not opened to the public, visitors can walk through the vineyards and courtyard. By train, Vufflens Castle is 45 minutes from Lausanne and one hour from Geneva. Located in the canton of Geneva, just under one hour from the city by train and bus, the Château Du Crest, or Crest Castle, is the only wine-producing château in the left bank of Lake Geneva.

The old cellar vault, excavated by François-Jules Micheli in 1823, was upgraded in 1994 to continue the ancient tradition of pressing the grapes at the castle while employing the latest technology.

It was only 10 years ago that the region revived the old tradition of viticulture and has been producing Swiss wine ever since.

Visitors can enjoy the sprawling 15 hectares of vineyards and the variety of wines produced from chasselas to cabernet and merlot.

Valais, in southern Switzerland, offers visitors a chance to taste a variety of Swiss wines produced by more than 110 winemakers in the region.

Wine enthusiasts can also sign up for Château de Villa’s seasonally themed wine seminars to learn more about the local produce and locals.

The luxury chateau is just over an hour’s drive from Lausanne and over two hours from Geneva. Boasting a remarkable setting on the meeting of the Upper and Lower Rhine, the historic Reichenau Castle is today a working winery used by the von Tscharner family.

Dating back to the 17th century, the estate also includes an impressive garden to the west of the castle. The castle is located just under two hours by train from Zurich.

Purchased by Luigi Zanini in 1988, the old farmstead was later transformed into the Castello Luigi that exists today.

Situated in the canton of Ticino in the south, Italian-speaking region of Switzerland, Luigi also constructed an 18.5m deep spiral cellar under the vineyard, ensuring all vinification work is carried out by gravity alone.

Over the years, the vineyards extended to cover an area just over 125,000m2. To get there from Lugano takes under one hour by train plus a short bus ride.