You could own James Bond’s luxury French Riviera home

A Belle Epoque villa in Nice that once belonged to 007 actor Sean Connery is now on the market for A$49 million. 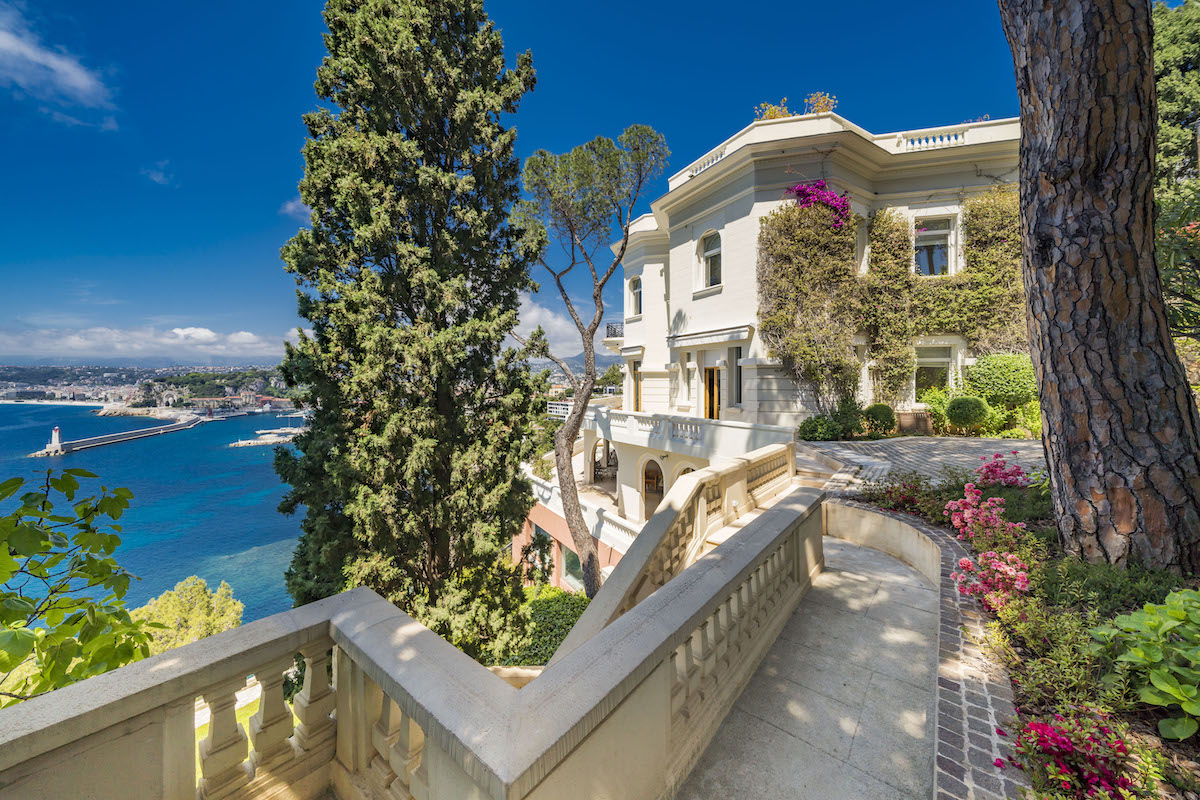 With its supercars and superyachts, the French Riviera is a natural habitat for a spy like 007. From Monte Carlo’s magnificent casino to the boat-lined harbour of Villefranche-sur-Mer and the vertiginous curves of the Moyenne Corniche at Eze Village, the South of France has provided the backdrop to many classic James Bond scenes.

In a case of life imitating art, more than one of the actors who have portrayed Ian Fleming’s beloved character has made the Côte d’Azur home, including Sean Connery and Roger Moore. And now the former Nice residence of the first-ever James Bond is on the market with Knight Frank Cap Ferrat.

For sale: The Sean Connery house

On the Cap de Nice, at the start of the coastal corniche that connects Nice with Monaco, Villa Le Roc Fleuri is a hidden waterfront oasis with every urban convenience at its doorstep. “You’re right next to town but you never feel it,” explains Fredrik Lilloe, Knight Frank French Riviera CEO.

The Belle Epoque villa, one of a cluster that still stand along the city’s eastern edge, dates from 1928. The Scottish actor became the property’s owner during his marriage to second wife Micheline Roquebrune in 1975 and it even featured in Connery’s last outing in the role in 1983’s Never Say Never Again. Although decades have passed since he owned it, the residence has continued to be known in the affluent neighbourhood of Mont Boron as ‘the Sean Connery house’.

“You could see why someone who probably had the choice of anything he wanted in the area chose it,” Fredrik says. The scene-stealing panorama across the port of Nice towards the Baie des Anges and beyond can be enjoyed from each of the four ensuite bedrooms inside the six-floor, 1,000-square-metre residence. Other A-list perks include a professional kitchen and wine cellar, rooftop terrace, gym, spa and indoor heated infinity pool.

Set among the 5,000 square metres of terraced gardens and manicured lawns is a pair of two-bedroom guest houses, and an outdoor circular swimming pool. In true Bond style, there’s also parking for five vehicles.

“I would buy it for the location and the view,” says Fredrik when asked what appeals to him most about the property. “There’s the theatre of watching the planes landing and taking off at the airport, but without any noise. Then there are the boats coming and going from Nice port.”

“And you have sunsets, the most spectacular sunsets.” – Fredrik Lilloe

Fredrik says that the property has a certain presence. “It’s what I call the Great Gatsby feeling. You discover new angles to it every time you visit. It’s just magical. It ticks all the boxes.” 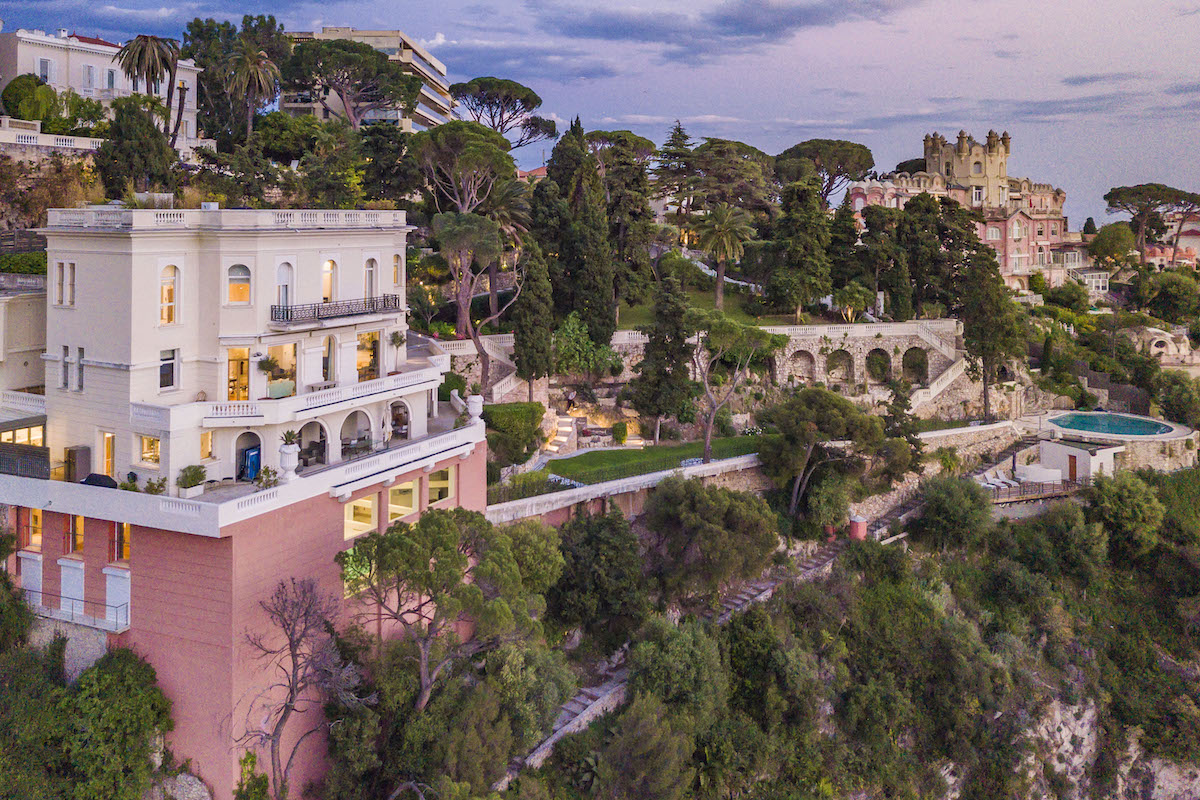 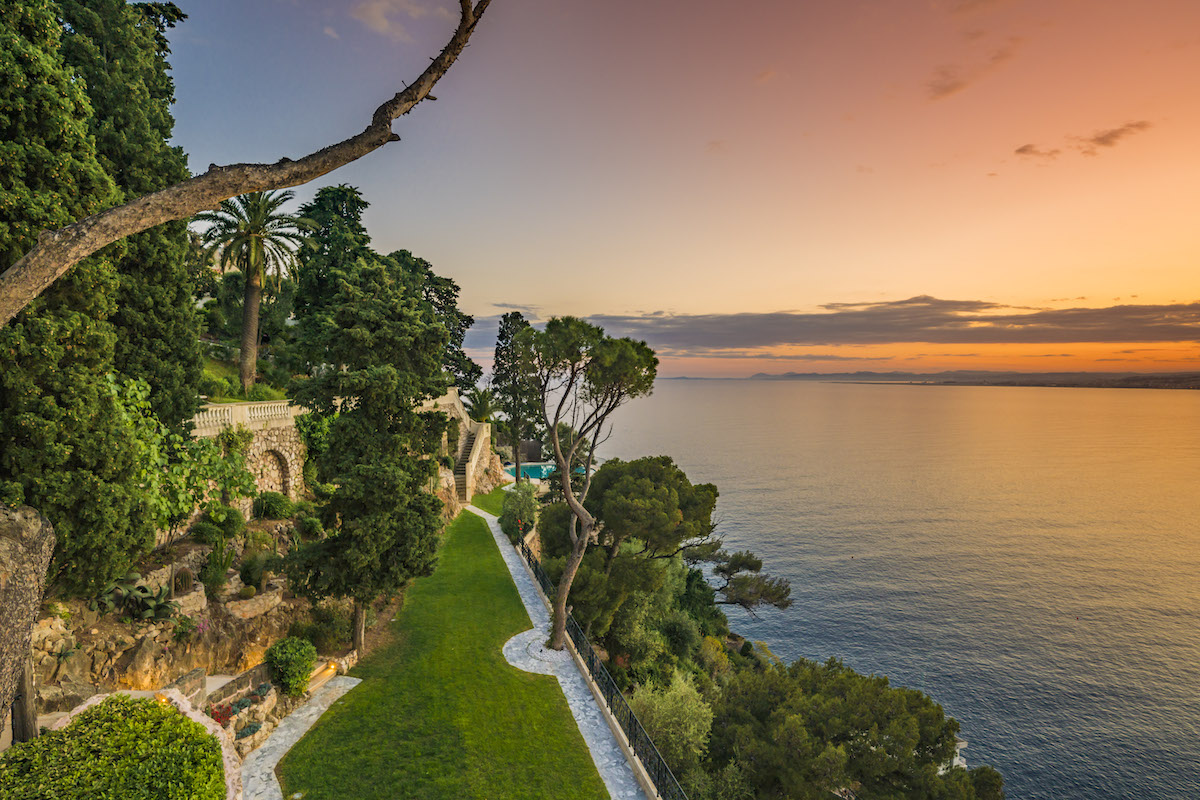 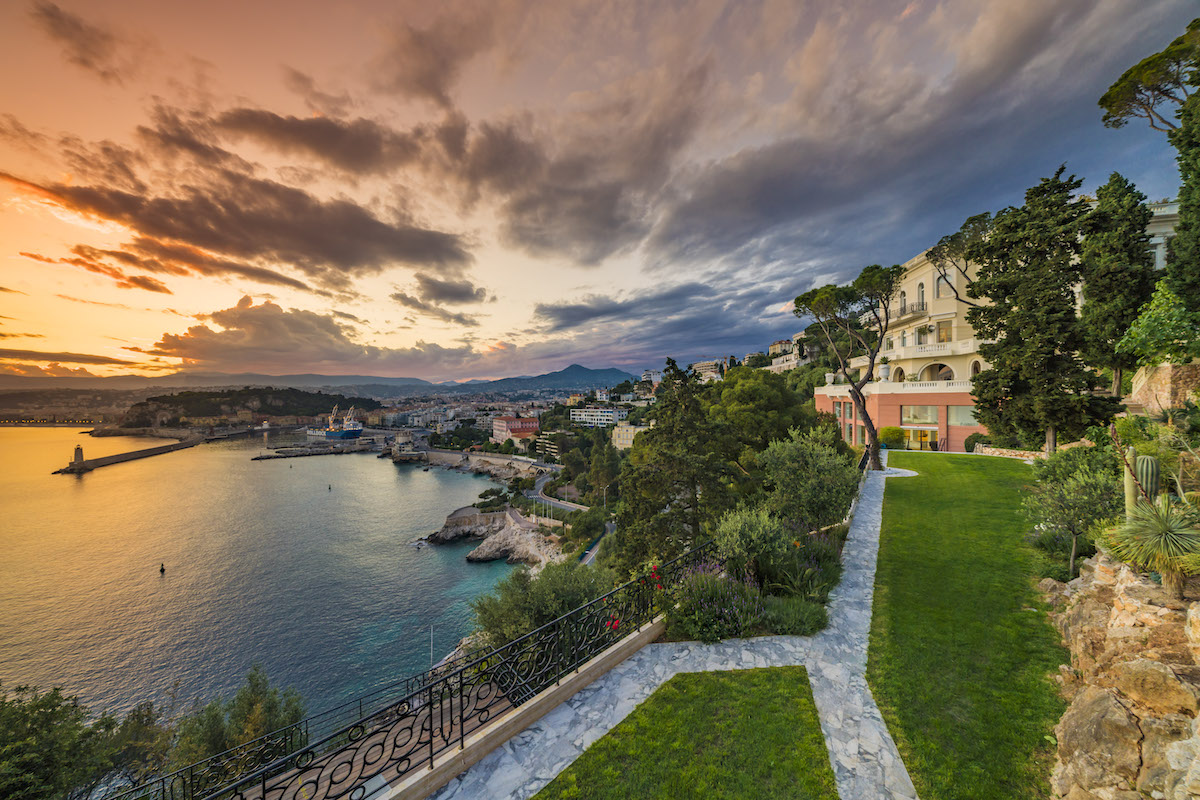 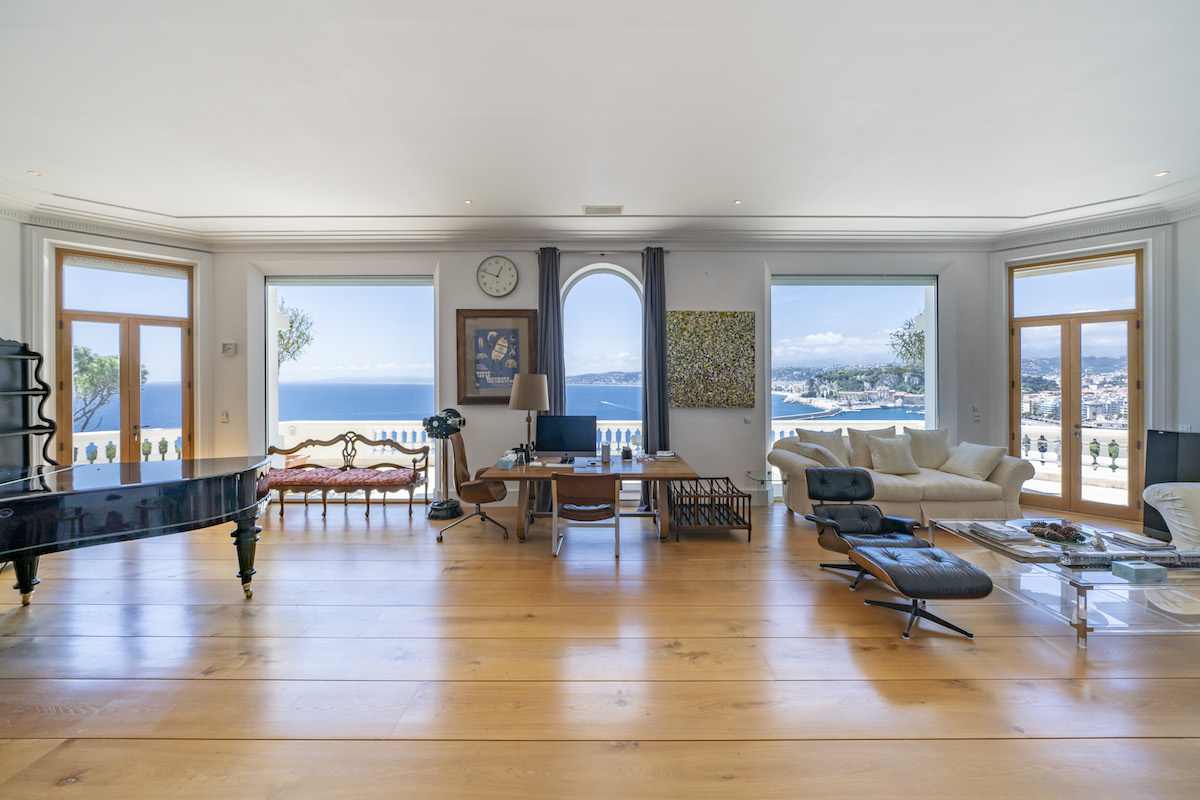 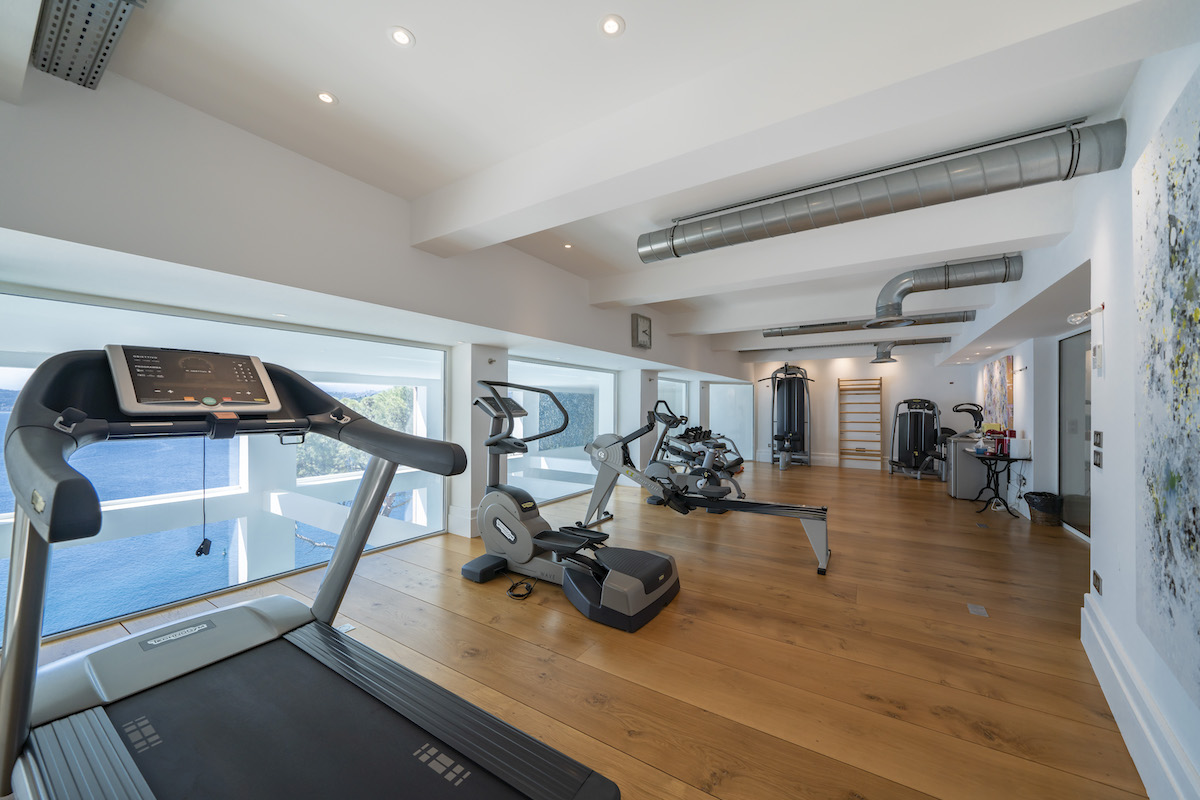 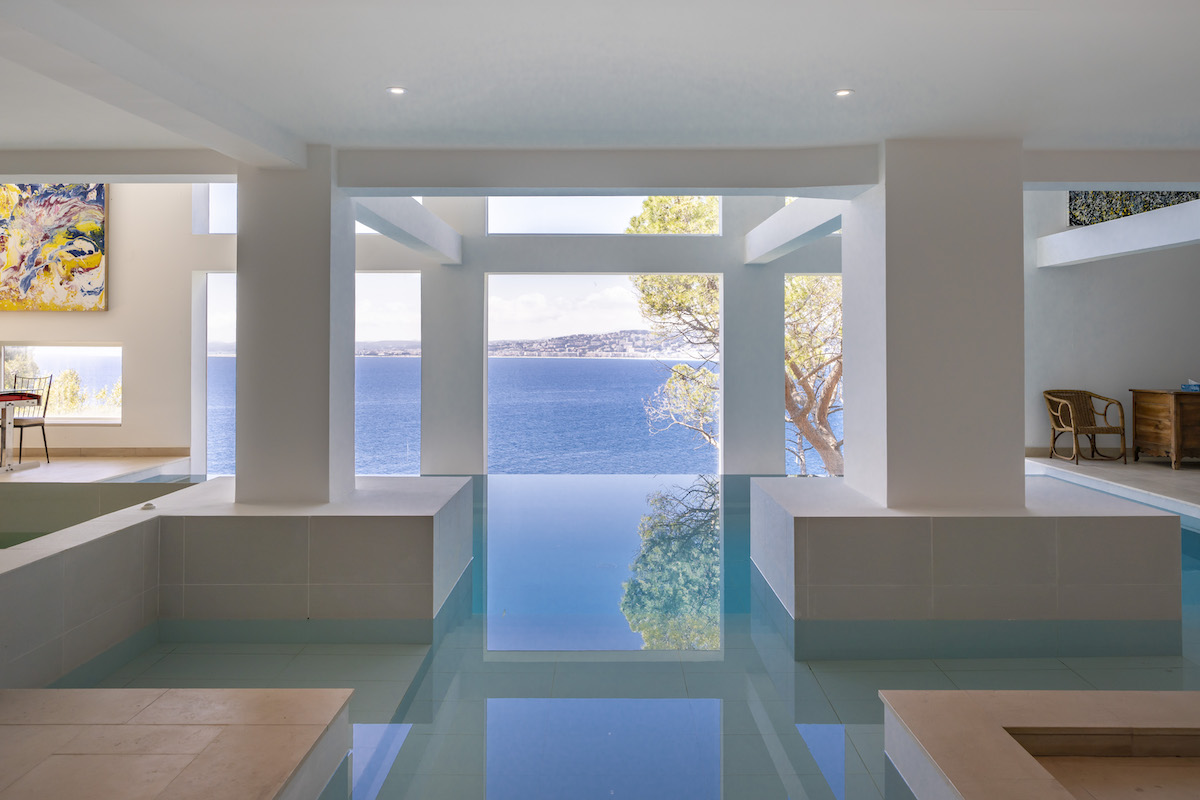 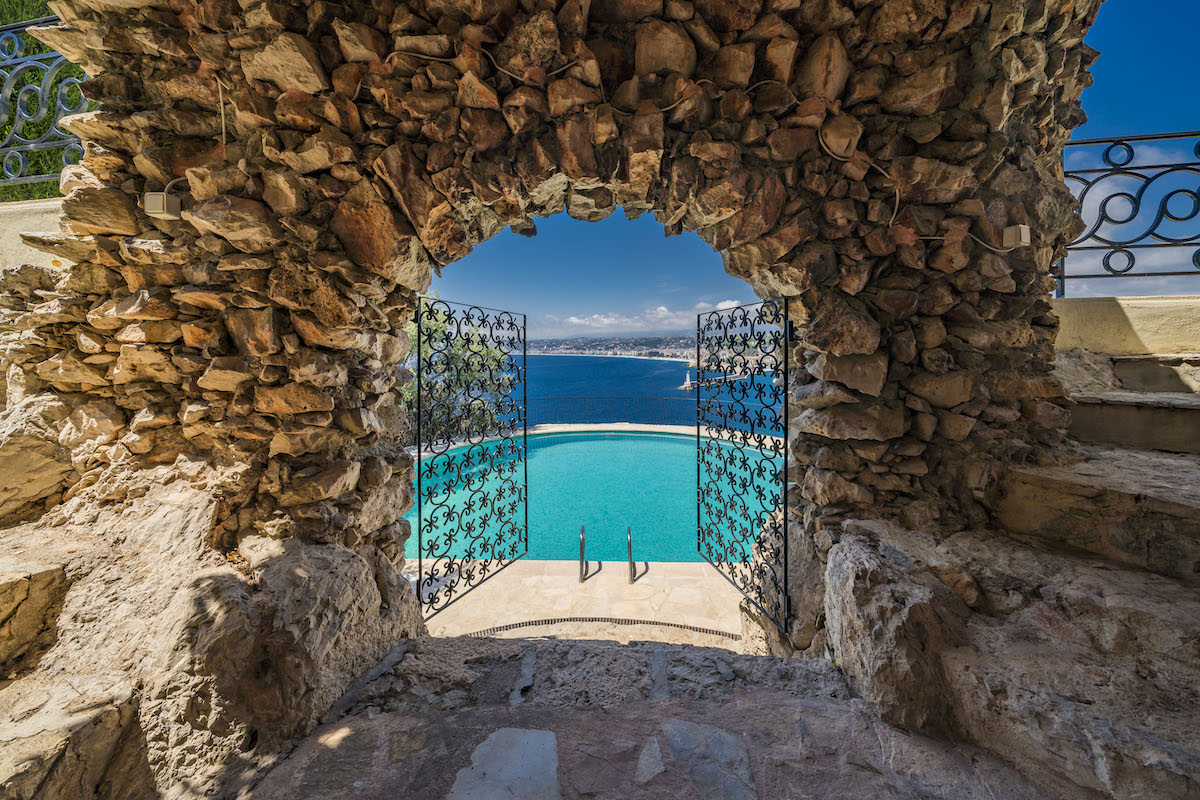 While the architecture speaks of an era when the great Riviera palaces, such as Le Negresco hotel and the Villa Ephrussi de Rothschild, were built, the interior design blends elements of Art Deco with more modern styles including a vintage 1970s kitchen. “Perhaps Connery was the one who installed it,” Fredrik grins. The centrepiece Belle Epoque staircase, as well as the elevator, are decorated with flowers and wrought iron arabesques.

Does Fredrik feel that potential buyers will be attracted to the property because of past owners? “We’ve got a lot of beautiful properties for sale, but this story definitely helps,” he says. Since the property came on the market earlier this month, he’s had requests for interviews from international publications including The LA Times and People. “To choose it, you must like it, firstly. But it’s also the James Bond house. You can’t say it’s not.”

“The proximity to Monaco, the airport and all the wonderful things towards Italy is a real advantage.” – Fredrik Lilloe

There has already been strong interest in the villa, and while property of this style in this location has traditionally appealed to buyers from the CIS countries, if he had to pick it, Fredrik says his feeling is that an English or Scandinavian buyer will snap this up.

When France and Monaco went into lockdown in mid-March, Fredrik feared for the impact the measures would have on the property market. But, since France’s strict confinement rules were eased on 11 May, the local real estate sector has been nothing short of dynamic. “In fact, we almost have a shortage of property,” he says.

While second residences have always been popular, he has already noticed a shift away from the easy, lock-up-and-leave residences, which often sacrificed size for convenience. “It’s the complete opposite now and everyone is looking for space and fruit trees, vegetable patches and tennis courts.” After spending weeks inside apartments in large towns or cities, people are emerging with new priorities. “It’s about less time in the office or travelling, more time at home,” he continues. The value of bricks-and-mortar assets, especially in periods of economic uncertainty, is another market driver.

As France opens its borders on 15 June to visitors from other EU countries, and eventually to travellers from the rest of the world, Fredrik can only see the market heading in one direction. “People are hungry for the sun, for this lifestyle, for a holiday home,” he says. And, for one lucky buyer, an extraordinary residence with silver screen cachet.