Out to pasture: Dovecote’s architectural luxury 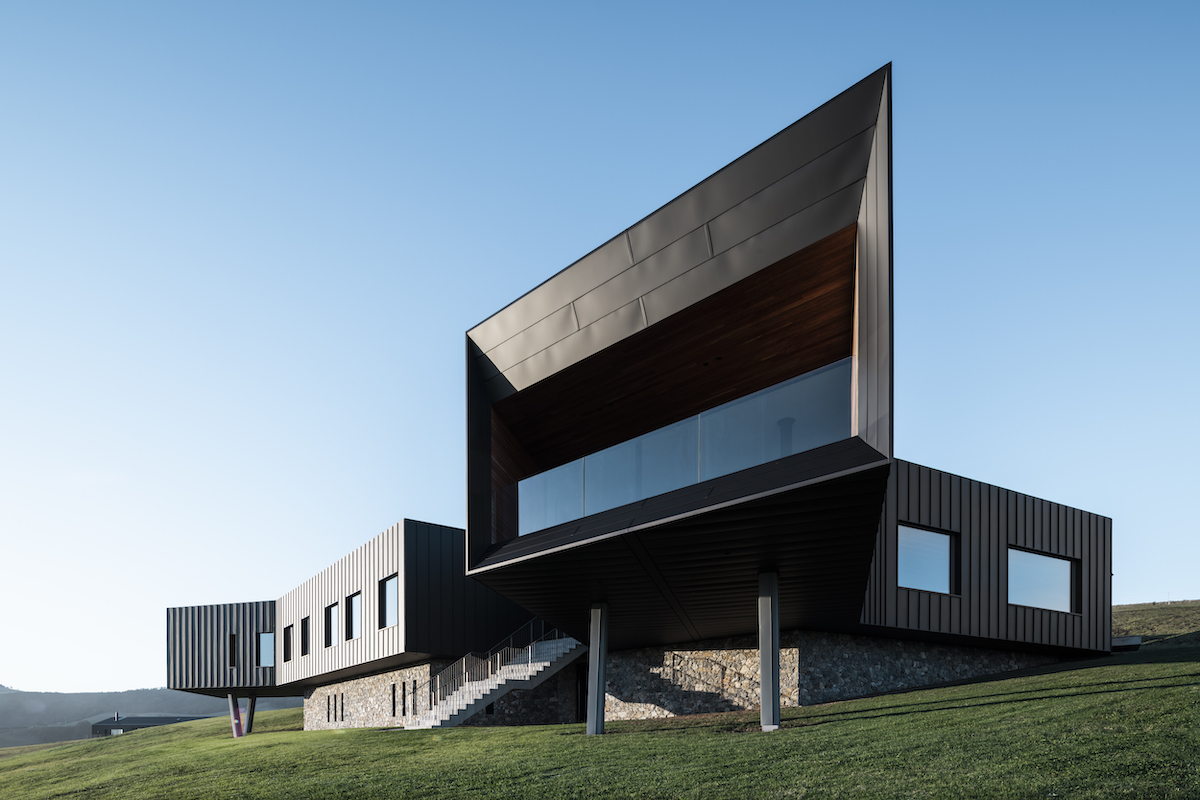 I’m at Dovecote and my view across the headland, out into the vast expanse of Pacific Ocean is interrupted only by a squad of dairy cows munching contentedly on the bright green grass.

I barely warrant a sideways glance as they continue their movable feast around the 60 hectares of lush pasture that contrasts vividly with the lurid blues of the clear sky and ocean. At the southern boundary is Werri Lagoon and its namesake beach, renowned among surfers for its ideal point breaks at each end and calm swimming conditions. Beyond Werri I can see the township of Gerringong with its envied reputation as a seaside holiday destination.

Perched high on the slope of this estate, a lazy two hours south of Sydney, and with privacy impervious to all but the Hubble Telescope, is Dovecote. This futuristic, architecturally superb, luxury accommodation could equally be the redoubt of the next Bond villain or romantic escape for camera-shy Hollywood glitterati. And clearly this reputation is spreading, as film crews are almost as frequent as guests. 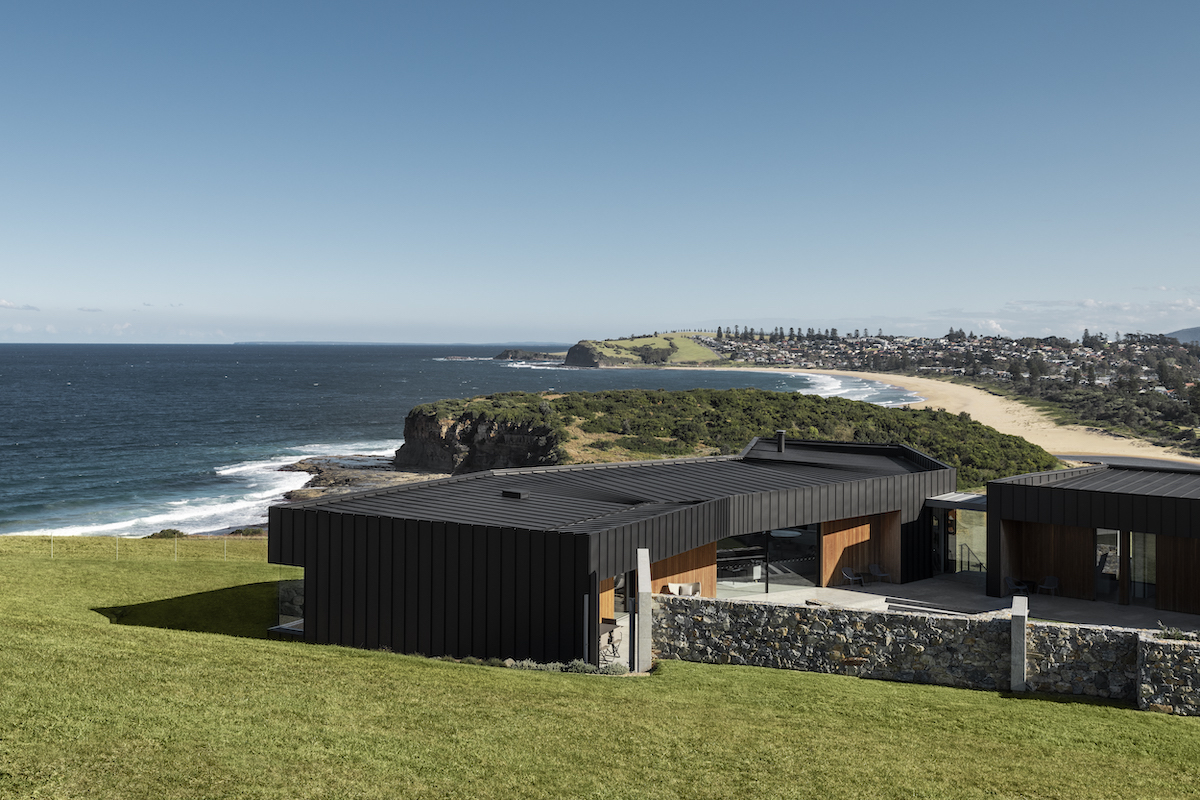 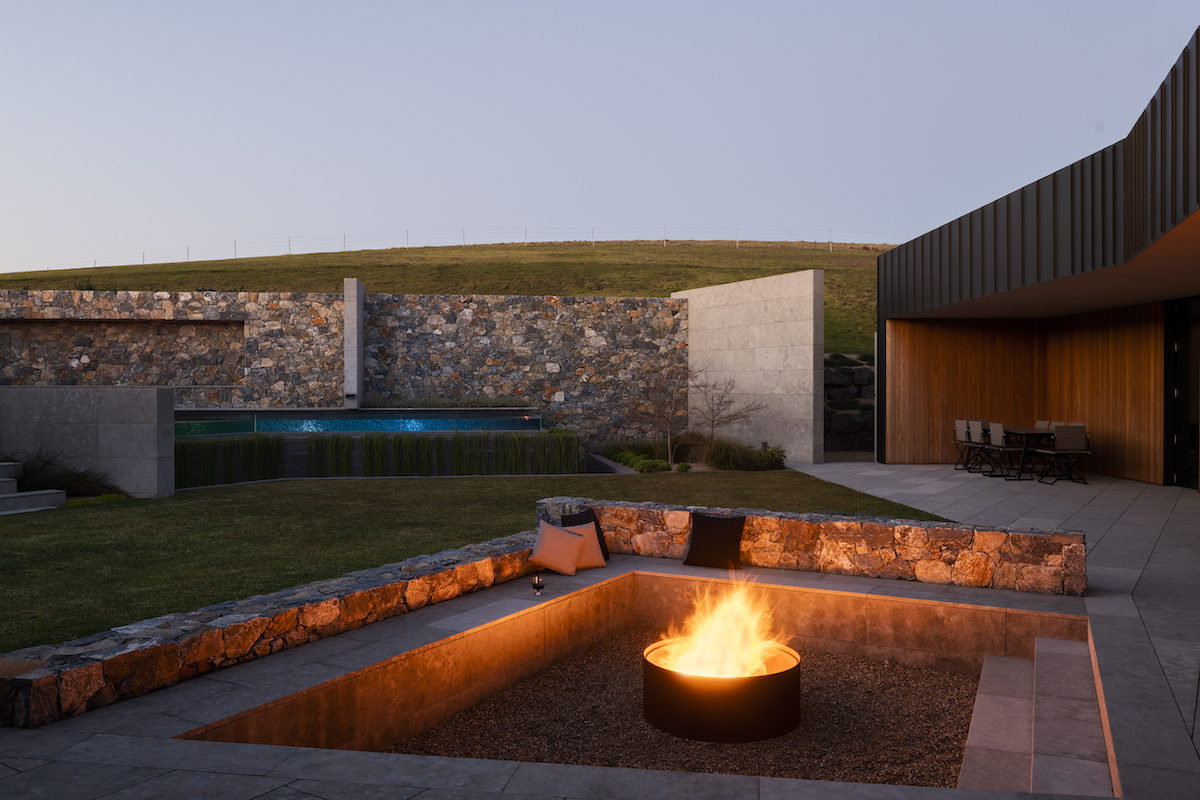 Dovecote is the dream realisation of London-based Jeffrey Simpson who saw the property while on an exploratory drive south to the location of his own childhood holidays. Jeffrey was initially drawn to the site so his children could experience some of the outdoor joys he once enjoyed himself. His next abode in Sydney, an award-winning conversion of a derelict warehouse in Chippendale, was another of his passion projects. Convenient, but lacking in the open air and wild spaces a country estate could offer.
With an established appreciation for architectural excellence, he set about designing and building a distinctive residence that could serve as both a spectacular home and accessible holiday accommodation. When the project became a bit ambitious, he called a friend.

“I put a few sketches together and sent my preliminary drawings to Andy Carson,” said Simpson, “and asked ‘Do you want to have a go at this?’”

It helps to have pals like Carson (of architectural firm, Atelier Andy Carson) who took Simpson’s idea and made them into what Dovecote is today, utilising some unusual principles he gleaned from the story of a Japanese Zen monk.

“This wise old monk lives up in the mountains in this beautiful, incredible landscape,” says Carson, paraphrasing the book A Pattern Language by Christopher Alexander, “His cottage has a stone-walled courtyard you walk through and there is one little slit in the wall. And when you go through the yard there are no views, but seeing the view through that one little slit in the wall just burns it in the back of your mind and you can picture it forever.” 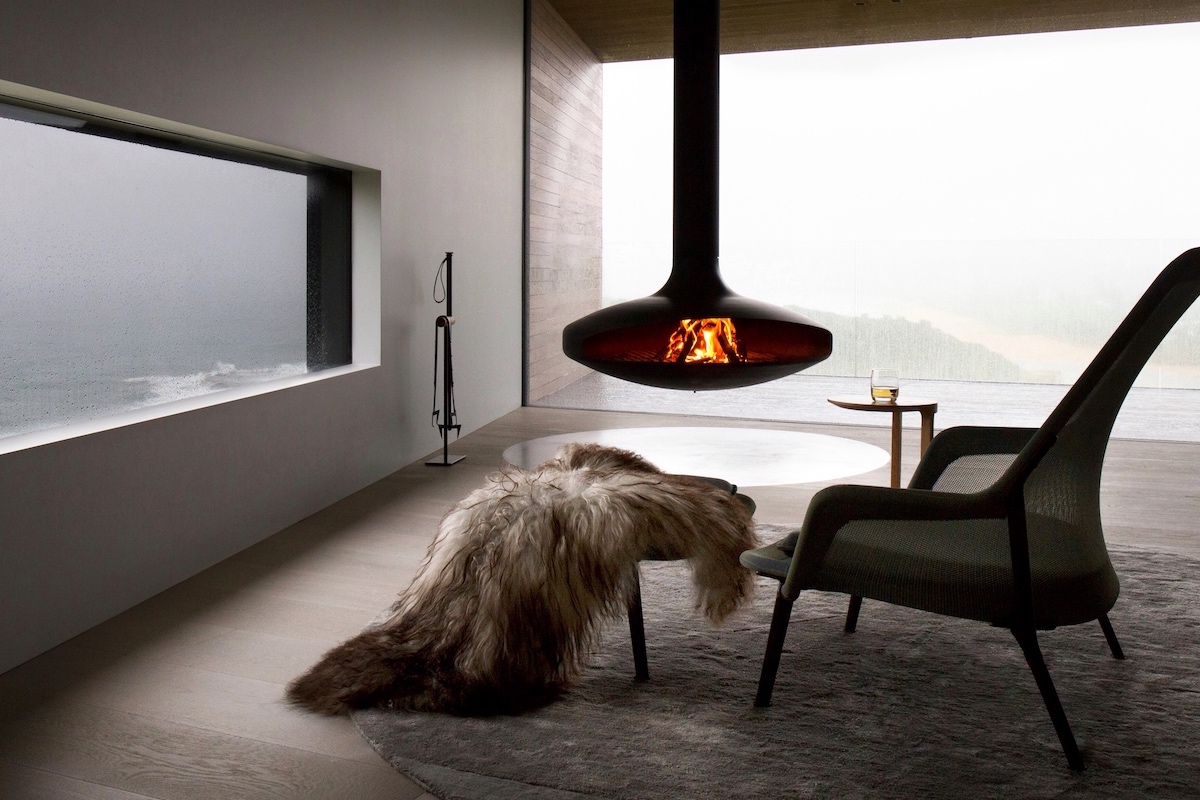 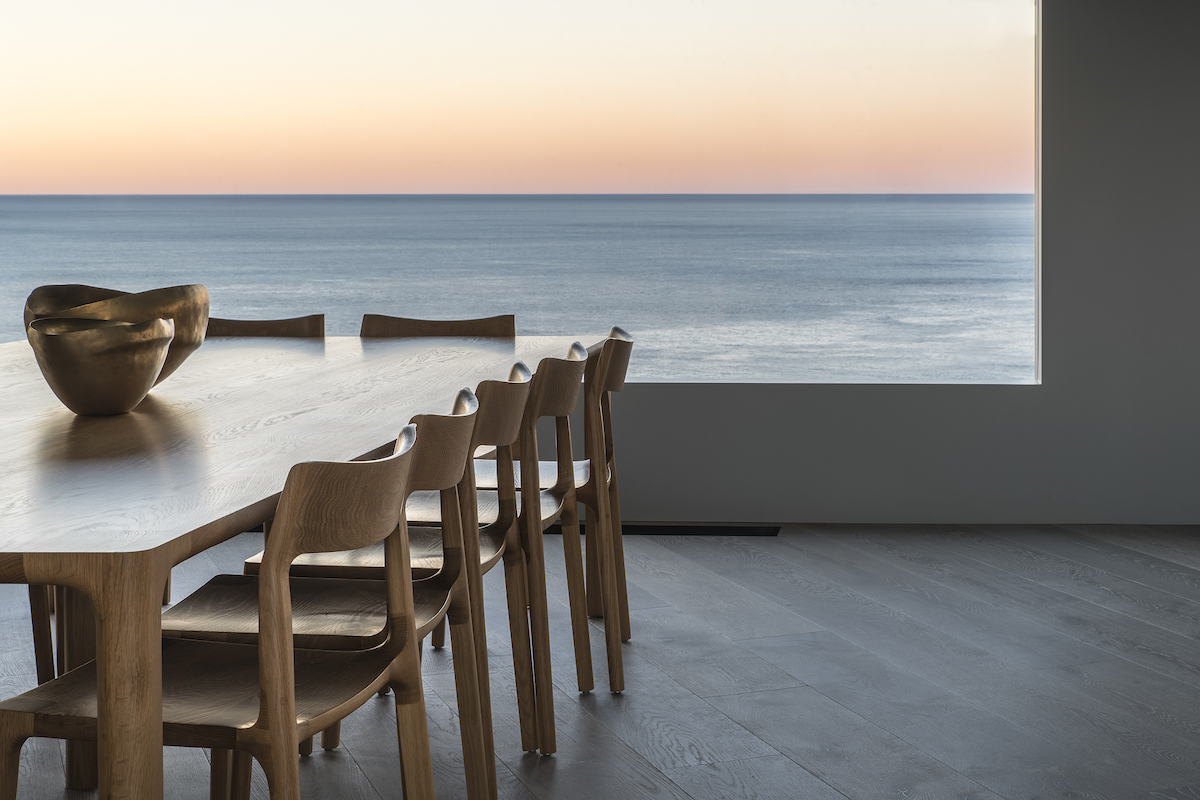 I can see straight away where this subliminal principle has been applied. At the southern end of the living area, two comfortable chairs stare at a south-facing window wall, the entire landscape framed perfectly by the uniform walls and ceiling in near 16:9 proportions. I can stroll out onto the decking too should I wish, a perfect spot to savour a local Crooked River cabernet sauvignon.

Since the main building, christened The Headland, was completed in September 2017, a totally separate four-bed guesthouse has been added, called The Range. With eight beds available in The Headland, the total inventory is just 12.

The Headland’s accommodations are located in a separate wing, with the four bedrooms running back-to-back along the southern edge, each with the same superb view. The main bedroom occupies the pointy end and benefits from western sun as well.

The enormous living space affords plenty of room for relaxing and entertaining with a large dining table that, at a pinch, could become the setting for some corporation’s next board meeting. The open-plan kitchen comes equipped with every known appliance as well as quality pots, pans and utensils, making self-catering a cinch. To test my culinary skills, a hamper of local gourmet produce is provided and should I fail, I can toast my incompetence with a bottle of premium pinot noir. 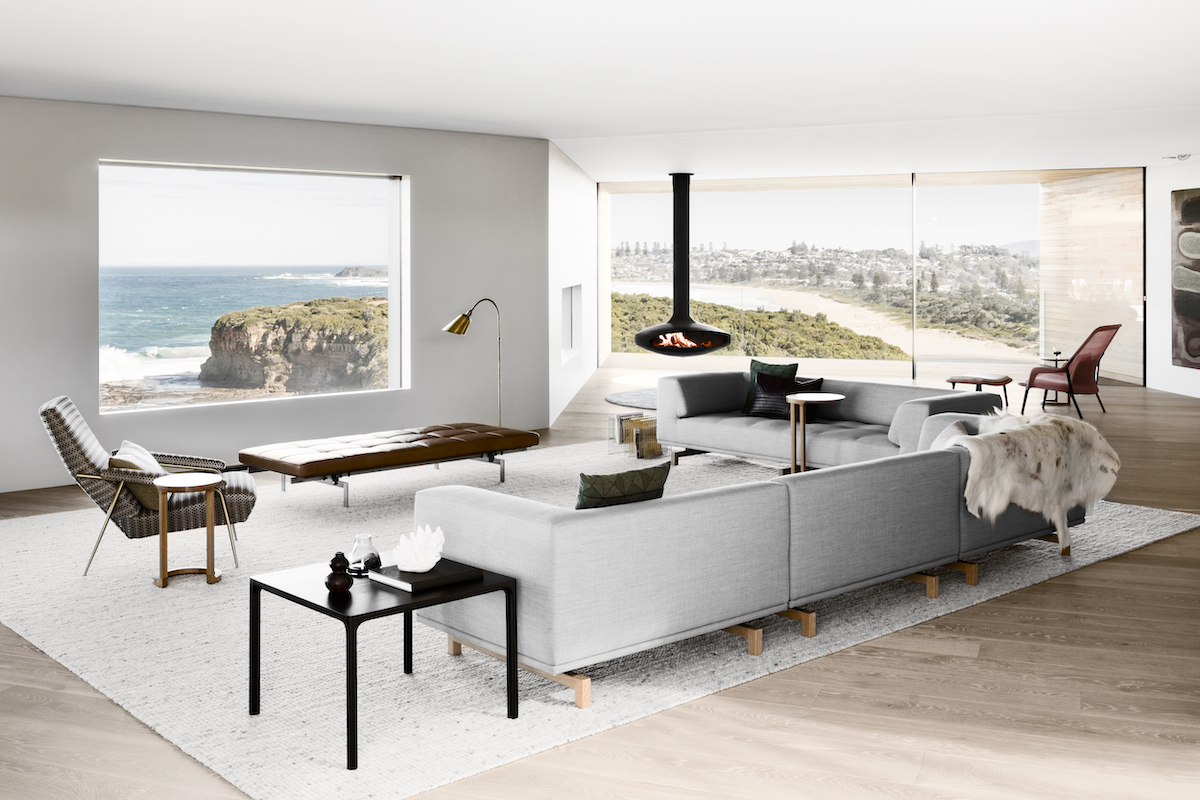 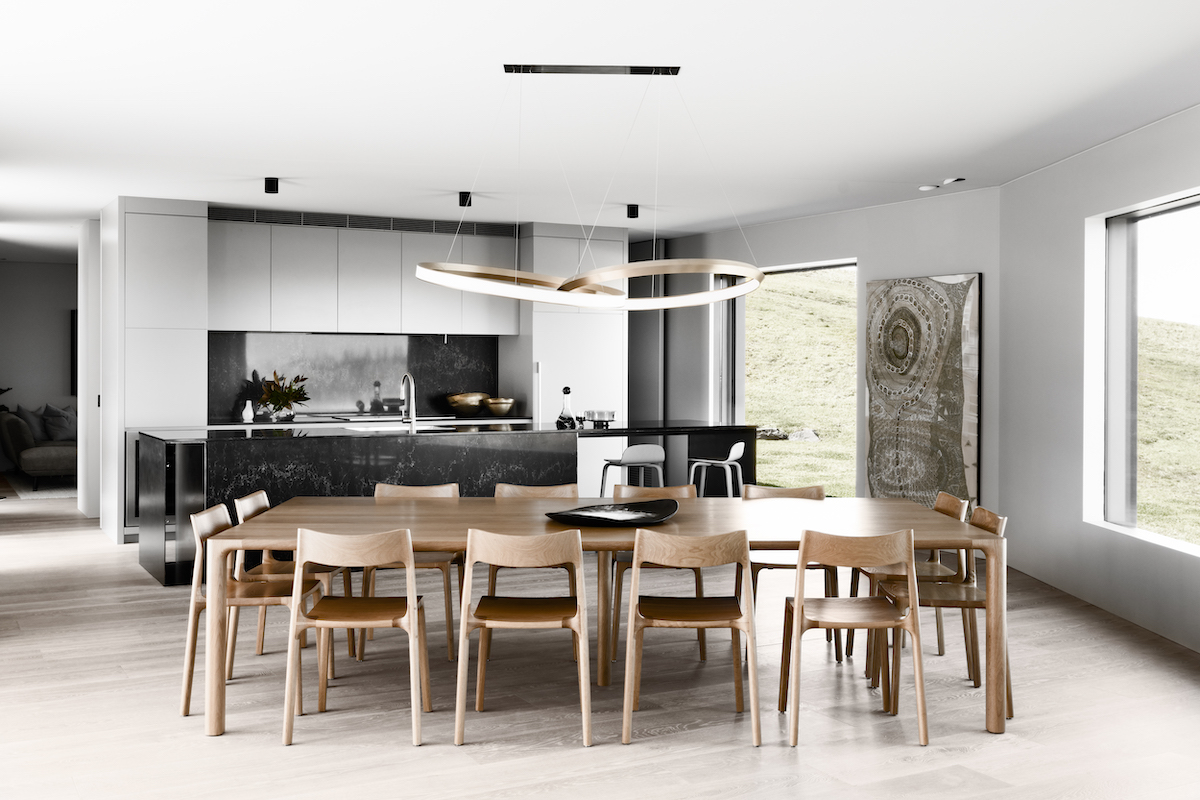 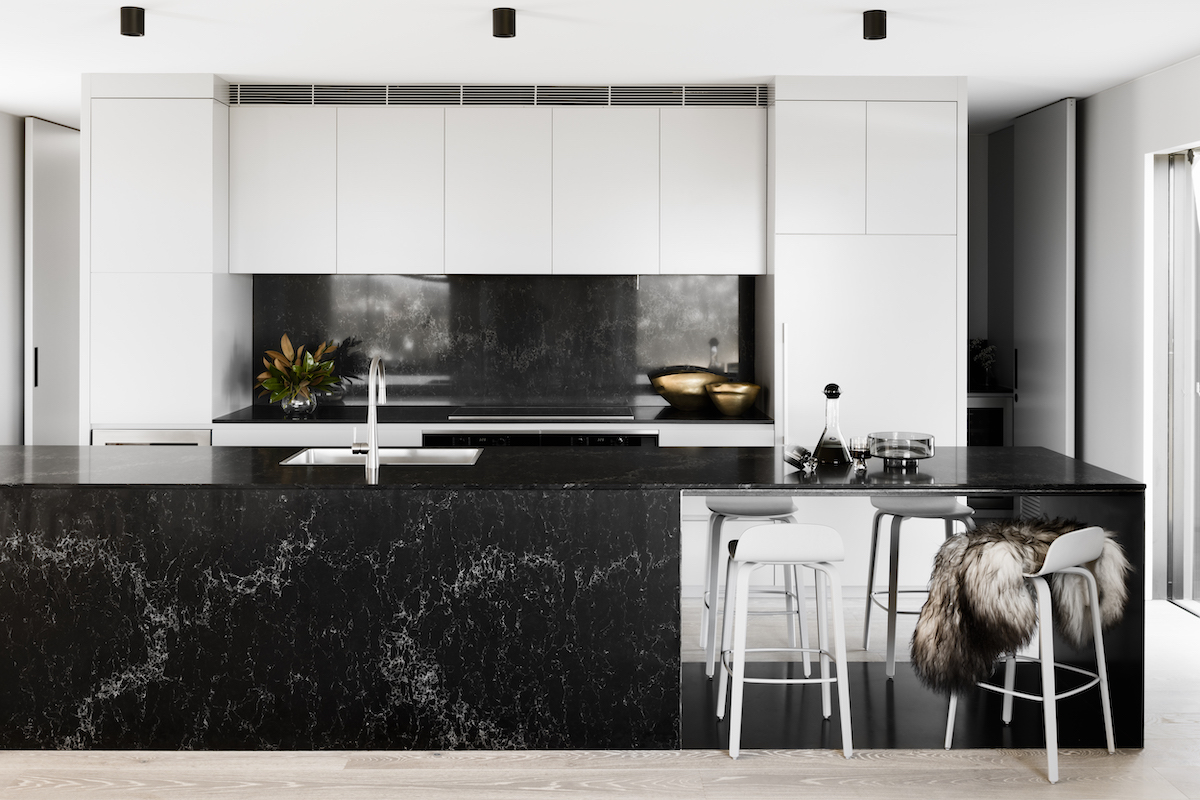 But I need not despair, because Gerringong and its array of cafes is just a short few minutes by car or an invigorating beach walk of an hour or so roundtrip; ideal for a bit of cardio in the balmy summer evenings. Heck, I could even keep going all the way to Kiama on the coastal walk, but I might leave that until another time.

Another option is to partake of Dovecote’s Experiences Menu, which offers the likes of grazing plates and cocktails, or fine dining care of Far Meadow Table. (In terms of experiences you can also opt for outdoor movies, beauty treatments and outdoor fun – such as fishing or helicopter tours – unfortunately, there’s no time for these on this trip.)

Behind the kitchen is a TV room with a huge flatscreen and more channels than you could ever watch. The secluded outdoor patio has a fire pit and barbecue as well as a large heated plunge pool.

Access to Dovecote is via a secret track that passes through the still-working dairy farm which, in turn, acts as a proxy gatekeeper. The property itself is secured by a coded gate and my expensive Genesis limousine can be hidden from view in the double garage.

“We built this to last many, many generations,” says Simpson. “It gives a clear image of how things can be. It has a nobility to it. People still find meaning in simplicity.”

Whether I learn my Zen lesson of focusing my chakra through transcendental portals remains to be seen, but for a dose of exclusive, reclusive hedonism, Dovecote is the panacea.

Find out more about Dovecote and their Summer Promotion here.