For only the second time in 59 years, Pumpkin Island is up for sale. 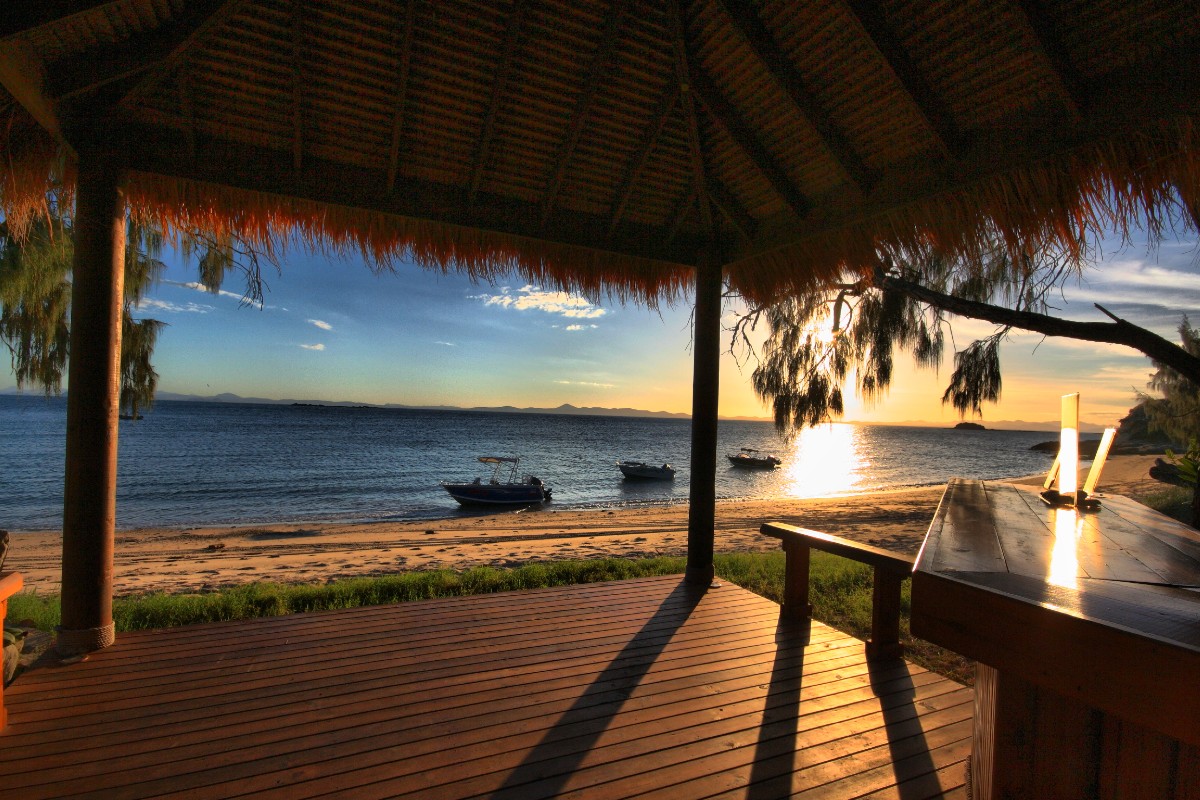 Given the current health crisis, there may never be a better time to escape the world and buy your own island – so why not Pumpkin Island?

Whiling away your days in utter seclusion on the sandy shores of the tropical private island could become your dreamy reality, as the azure paradise is being sold by Knight Frank for A$25 million.

Complete with a helicopter pad, accommodation for up to 34 guests across five self-contained cottages and two ocean-front bungalows, a 36-passenger catamaran, the off-grid island is powered by solar- and wind-generated energy.

“This is a once-in-a-lifetime opportunity to secure a very special and pristine island home.”

From harvesting your own oysters off the rocks (additional oyster lease available) to experiencing the southern Great Barrier Reef with a glass-bottom kayak, the six-hectare gem is a mere 30-minute boat ride off the Queensland coast, making for a convenient yet tranquil sanctuary.

Pumpkin Island is one of three premises owned by Soujourn Properties, a company founded by John and Sonja Rumble. The delightful oasis was originally bought for A$1.3 million in 2003.

But for only the second time in 59 years, the island has been put on the market after the couple passed the business on to son Wayne and daughter-in-law Laureth. The young family is selling the resort to be closer to family in New Zealand.

“It was the ideal place to spend lockdown during the pandemic,” the owners told 7News. “It is secluded, private, and yet you have total freedom to move around, be outside.”

As Australia’s first beyond carbon neutral island, it offsets 150% of its annual greenhouse gas emissions and turns rainwater into drinking water.

“You can even shuck oysters for breakfast or lunch and experience the peace and tranquility we don’t get in city life.” – Deborah Cullen

The incredible mission of creating the eco retreat has been internationally acknowledged. Pumpkin Island was crowned Australasia’s Most Sustainable Hotel in 2018 – a prestigious accolade received from the Boutique Hotel Awards in London.

The sustainable resort, which was once an oyster farm, has a lease until 2046 and is then a rolling lease, offering its lucky new owner years of tranquility. 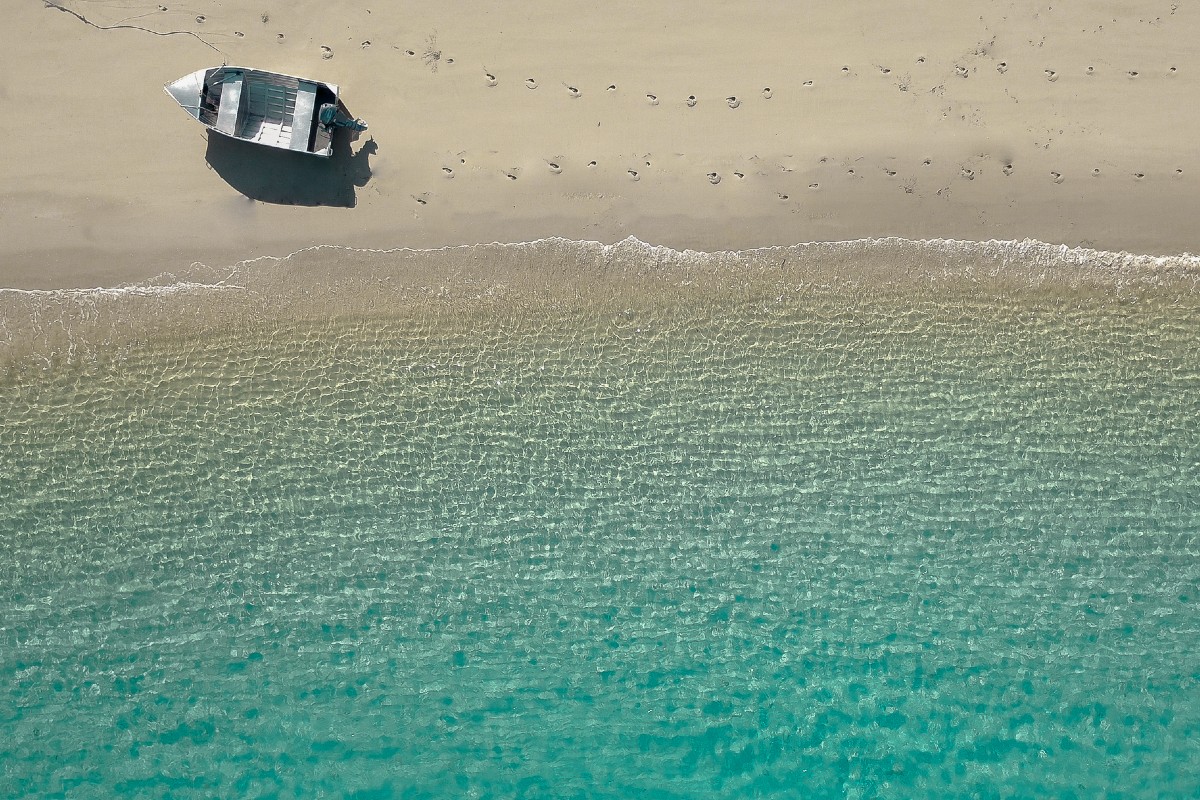 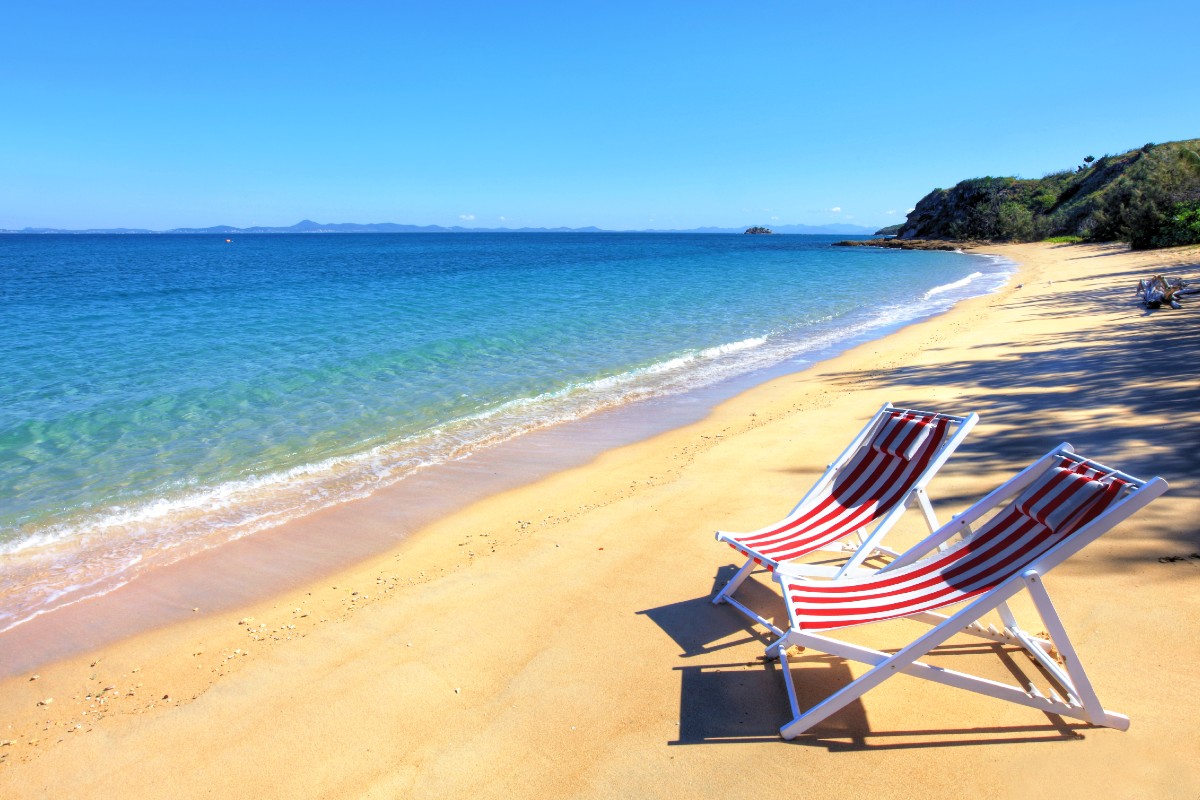 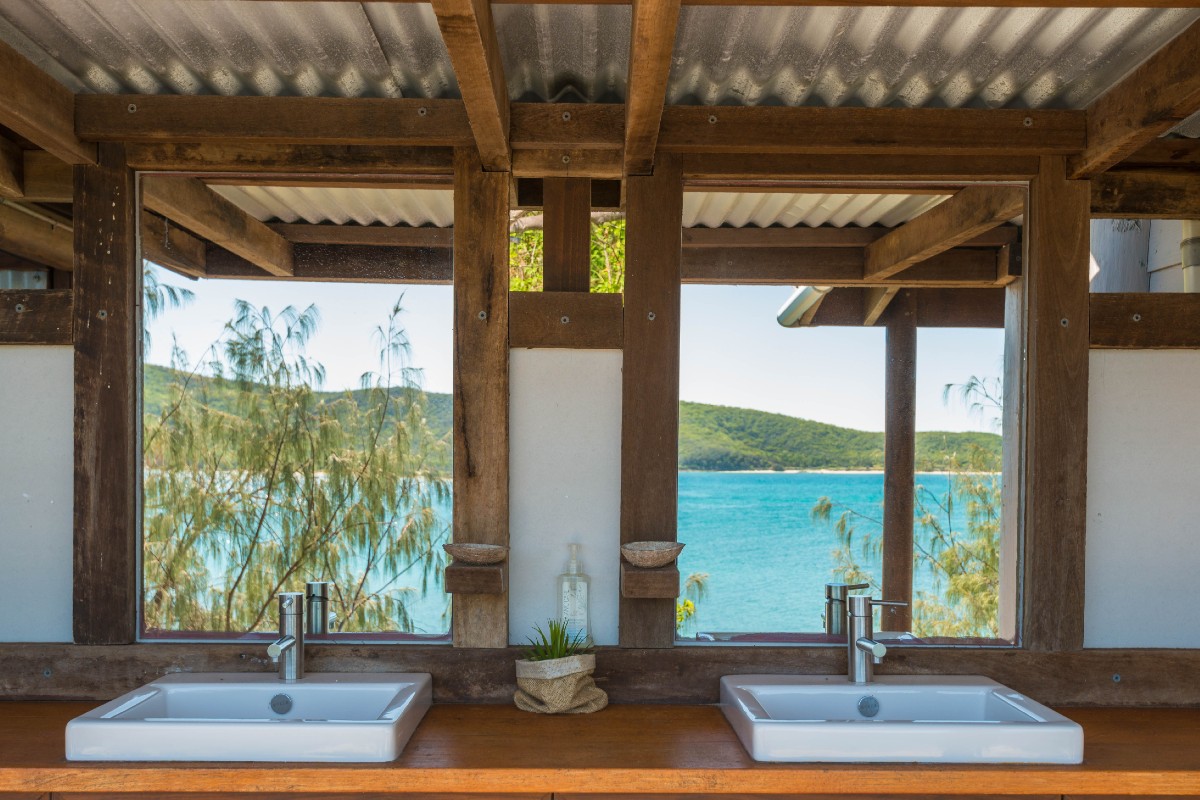 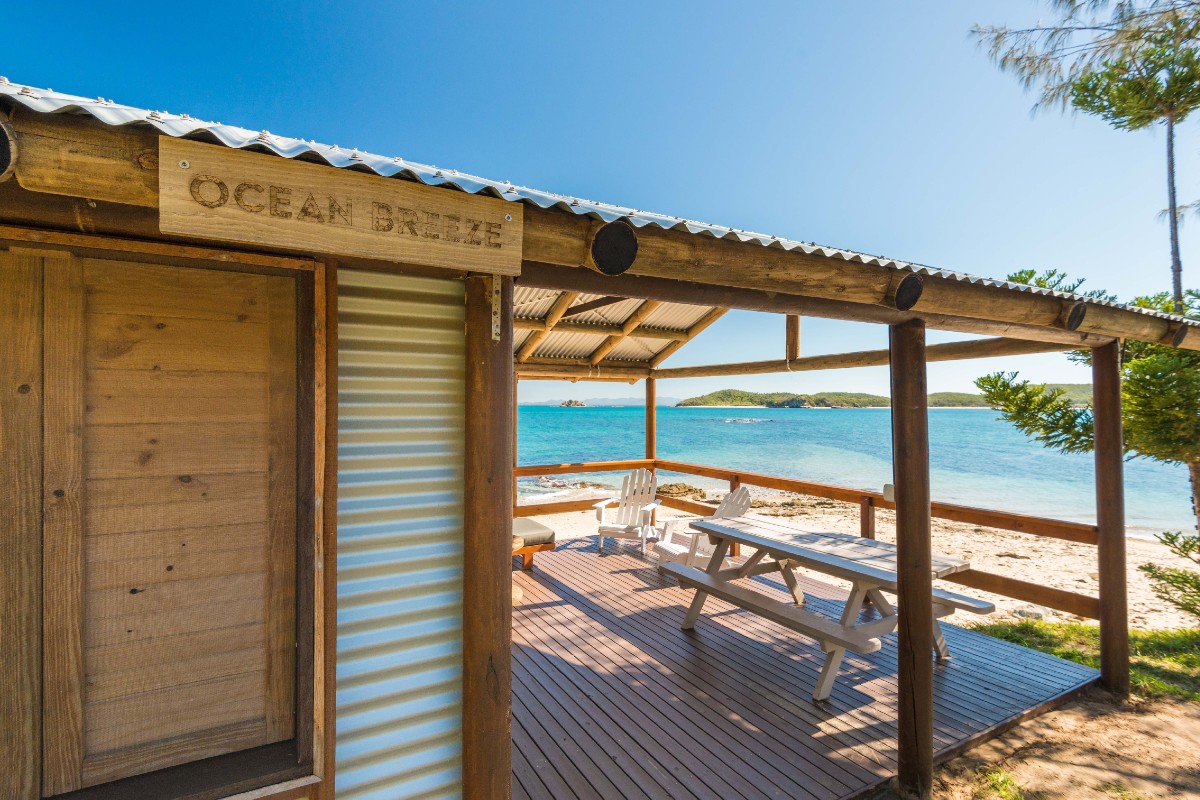 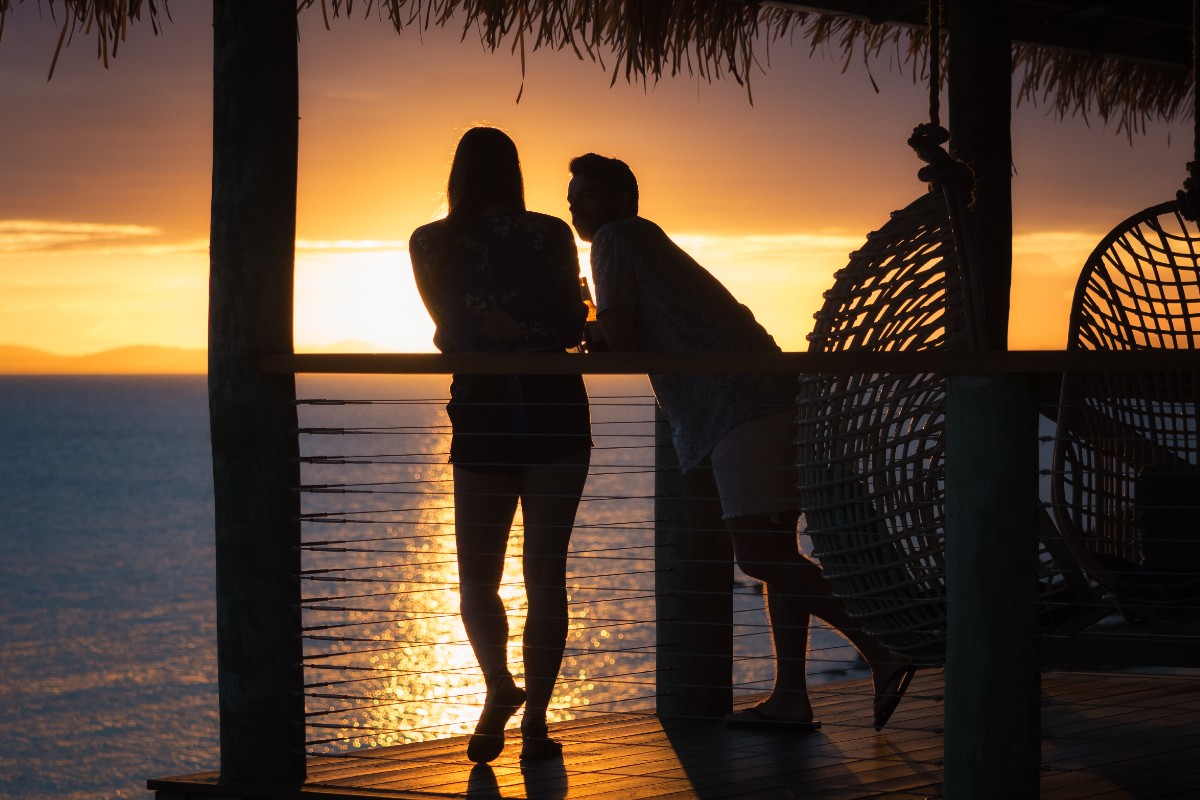 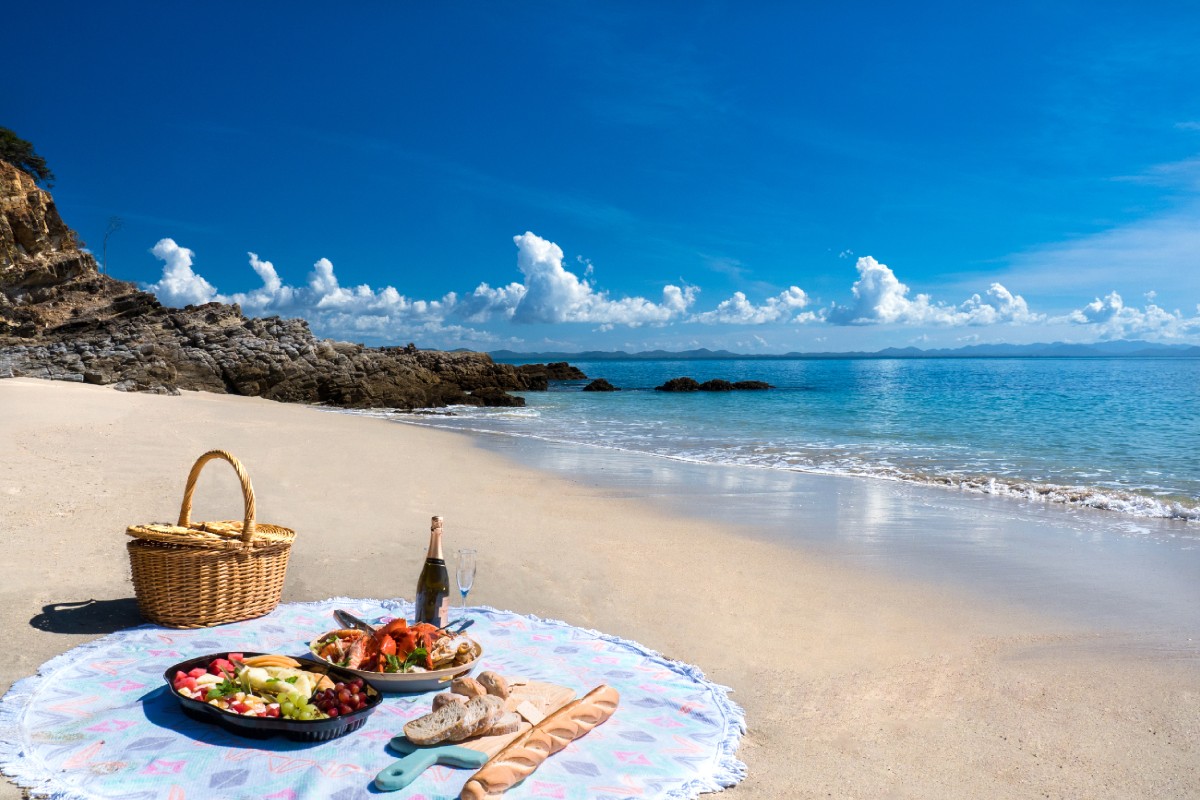 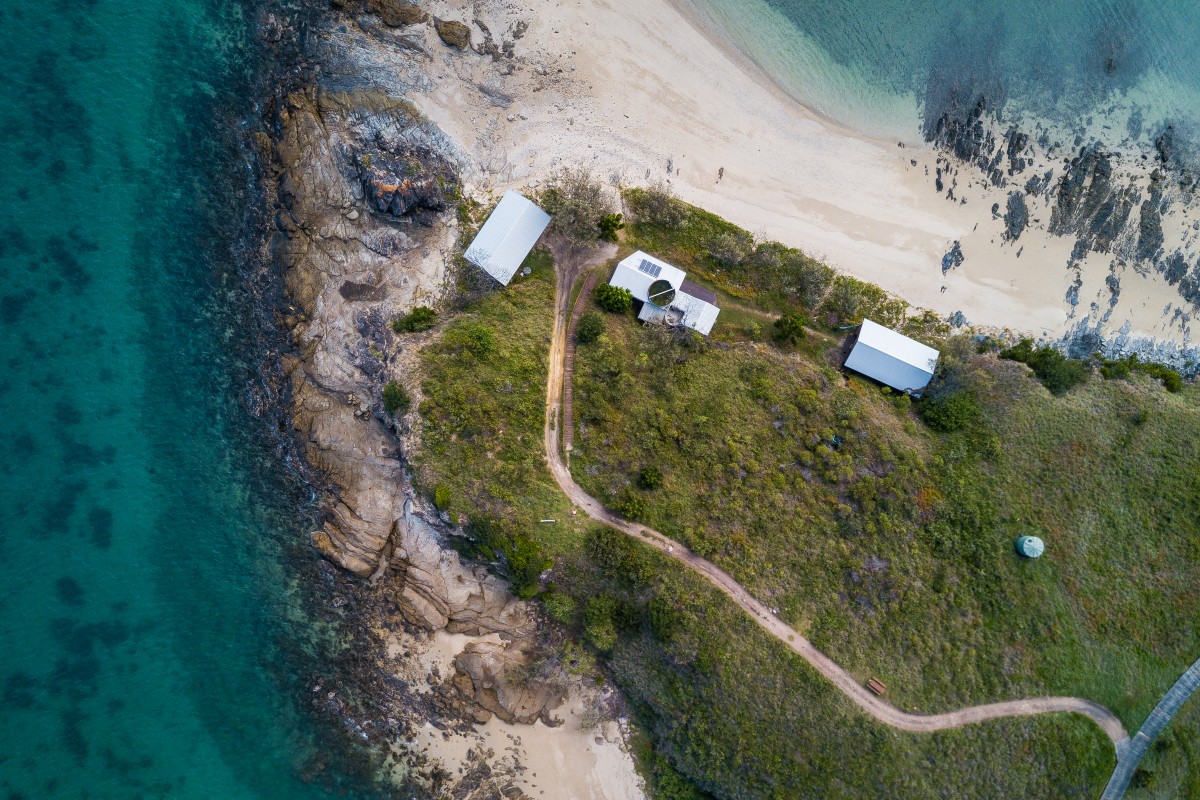 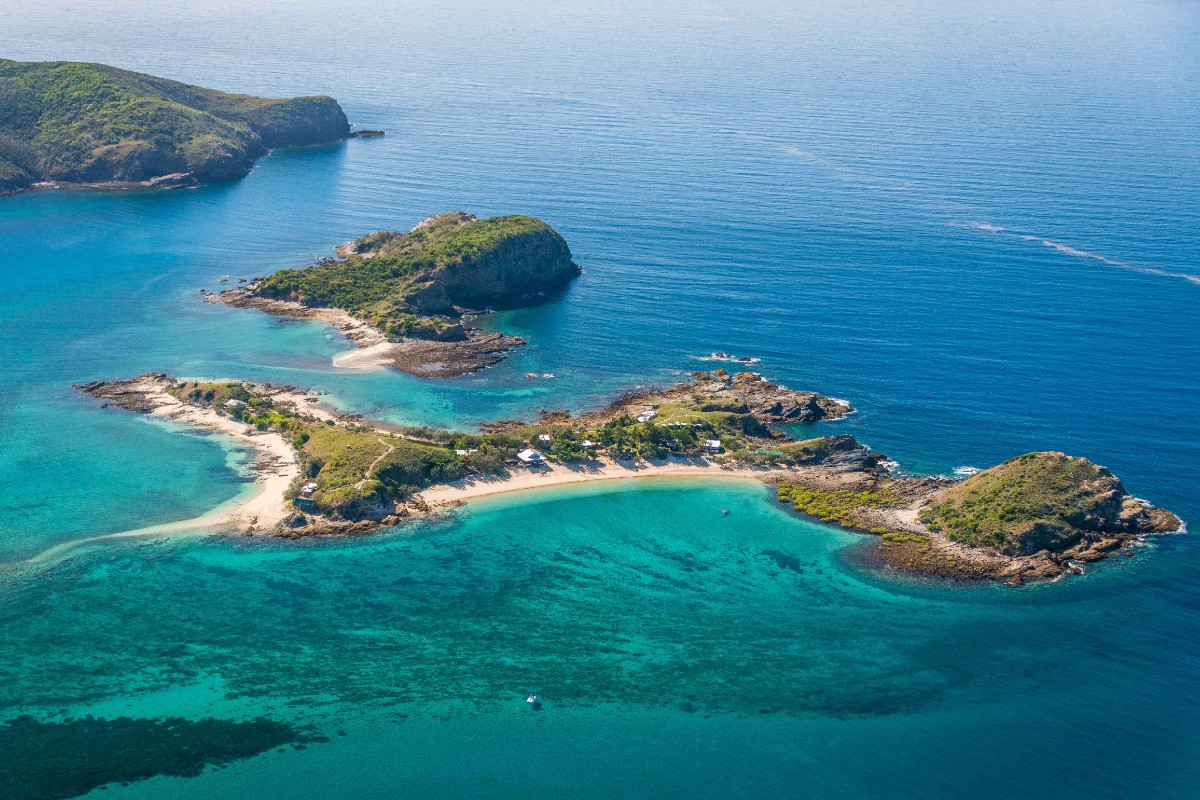 Knight Frank Partner Deborah Cullen told The CEO Magazine the island is a perfect getaway for those wanting to relax or explore.

“For me, this opportunity is a perfect sanctuary retreat space in the heart of the Southern Barrier Reef where you can exist simply, within an eco-style residence or resort space whilst enjoying the pristine natural environment of Keppel Islands,” she explains. “You can even shuck oysters for breakfast or lunch and experience the peace and tranquility we don’t get in city life.

“In fact, a huge amount of enquiry is for people wanting a getaway place that is safe for family and friends to gather.”

It may be an entrancing sanctuary at the tip of the UNESCO World Heritage Site, but it has a colourful history.

Made famous after appearing in a XXXX beer ad, the eco-resort was temporarily called XXXX Island during a two-year promotional campaign, which gave people the chance to win an all-expenses-paid holiday if they found the sought-after golden beer can.

Before landing in the hands of the Rumbles, Pumpkin Island was bought for £60 by the previous owner after winning a game of poker in the 1960s.

The pristine retreat first opened to guests in 1964 and has flourished into an iconic destination.

“This is a once-in-a-lifetime opportunity to secure a very special and pristine island home,” the listing stated.