These impressive boards are not your average chess sets

Prepare to channel your inner grandmaster in style with these luxury chess sets, where form meets function.

In the weeks after The Queen’s Gambit premiered on Netflix in October 2020, sales of chess sets soared by 125 per cent in the US, according to The New York Times . It’s a pattern that has been repeated around the globe as the fictional portrayal of a young woman determined to become the world’s greatest chess player has breathed new life into a game that has been played for more than 1,500 years.

‘Sold out’ may be a common sight currently across both bricks and mortar and online chess retailers, but not every set is created equal. Some, such as Tiffany & Co.’s Sterling Silver and 24k Gold Vermeil Chess Set, are veritable works of art (and will set you back US$100,000).

“A chess set can literally cost you anything from 50 cents to a few hundred dollars – or even thousands of dollars,” says The Chess Blog’s Bernie Hubble, who adds that much of the decision comes down to the individual preference of the player. “Having said that, it is never a good idea to simply go for the set that looks the most attractive – you should always consider whether it is actually playable.”

We’ve rounded up five designer chess sets that manage to deliver on both substance and style. 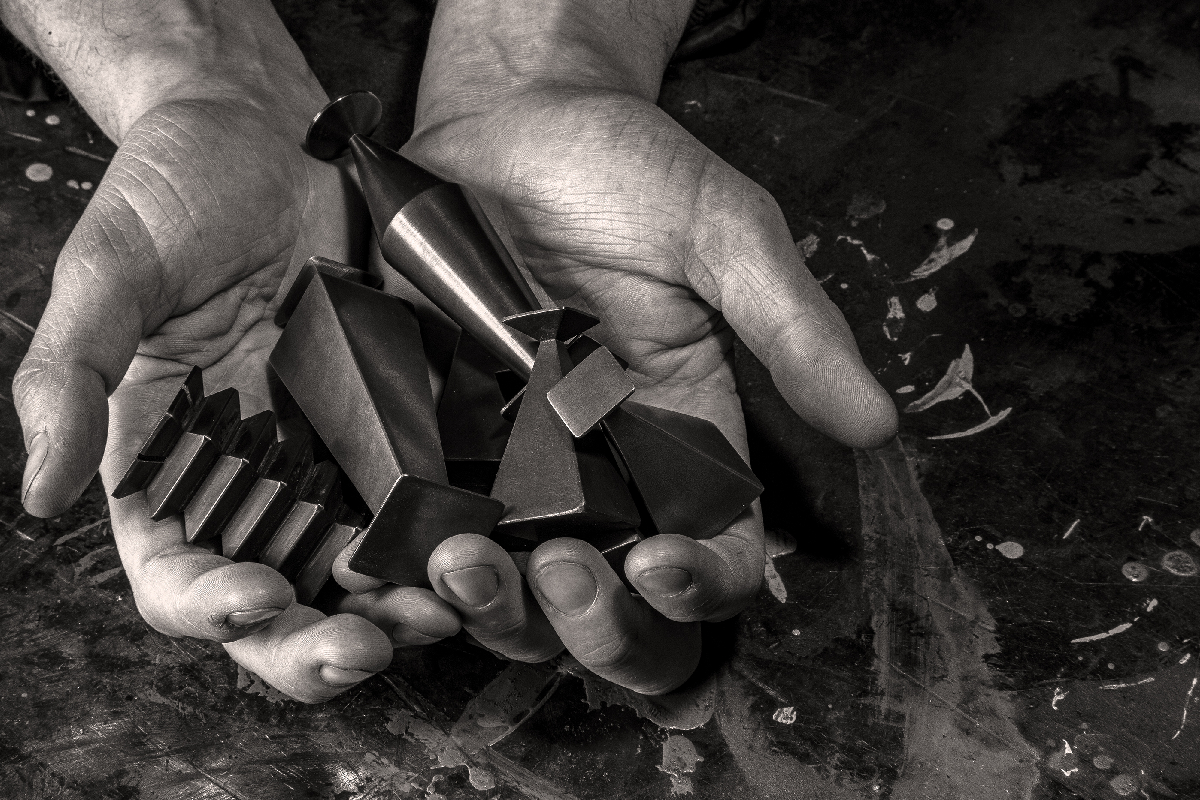 As the name suggests, the design team behind Novocastrian hail from the North East of England, a group of “northern souls” — as they describe themselves — who create objects inspired by the region’s manufacturing heritage. Its Otterburn Chess Set is an ode to the beauty of metal and is handcrafted from materials such as brass, copper, bronze and blackened steel, and walnut and oak. In play, the game sets a moody scene of bronze- and chocolate-hued chess pieces deep in battle. The feel is fitting for a collector’s piece named for an ancient Northumberland village on the English-Scottish border that has witnessed centuries of fighting between clans and kings. Each set is individually handcrafted with a variety of finish options available.
Price on application 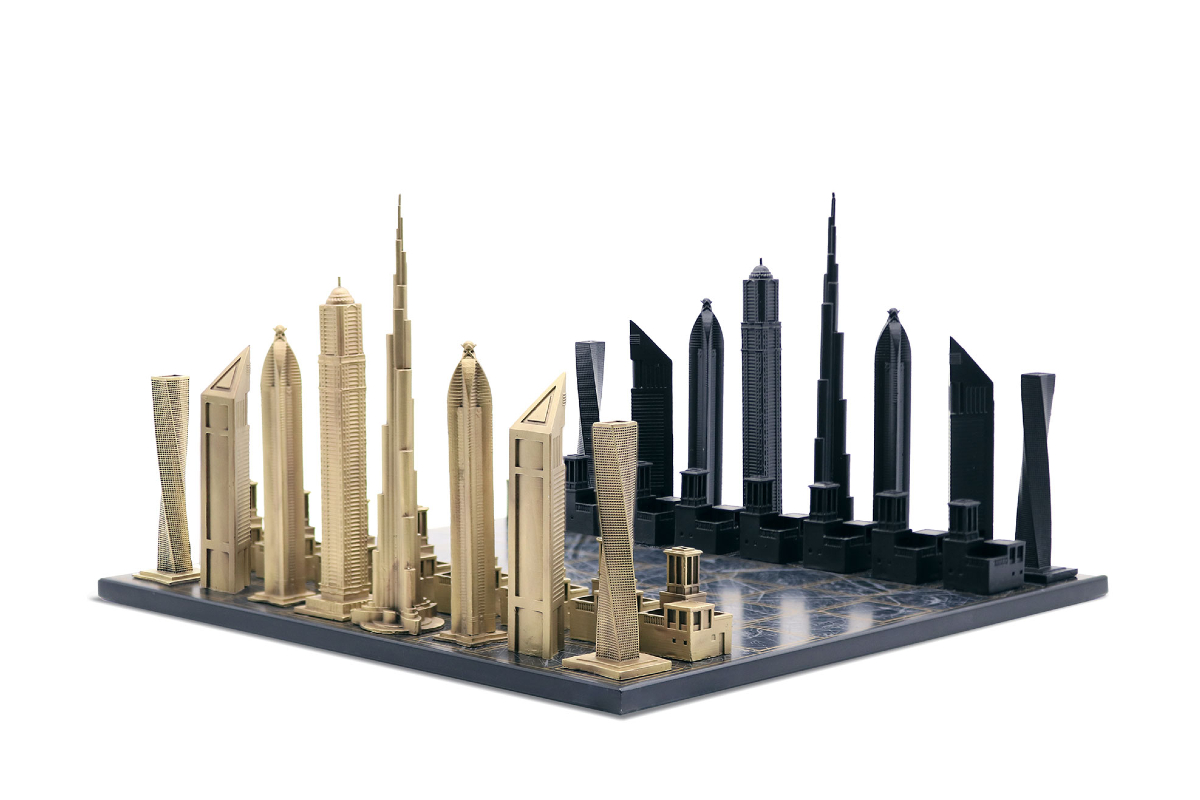 Chess enthusiasts, designers and flatmates, London duo Chris Prosser and Ian Flood spent many evenings imagining their chess pieces were some of the most famous buildings in the world. Little did they realise at the time, but they were in fact sketching out a concept that would become Skyline Chess, which transforms iconic skylines from around the globe into a range of dramatic chess sets made from materials such as Carrara marble and Corian. Along with their hometown, the pair have immortalised New York, San Francisco, Chicago, Dubai and Paris. Hong Kong, Shanghai and Tokyo are set to follow soon. A special edition city vs city combination can also be ordered. Its top-of-the-range luxury bronze piece set with Corian City Map board will set you back around US$4,500. 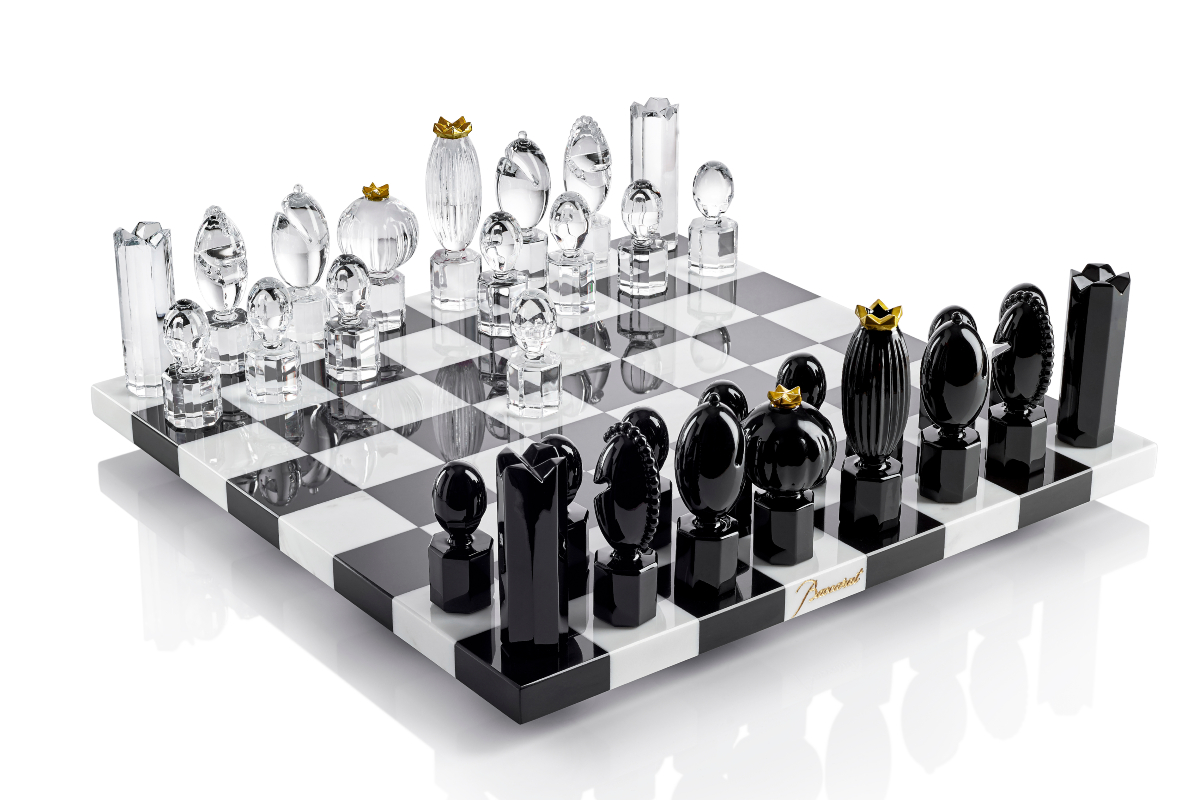 The name synonymous with fine crystal, French manufacturer Baccarat has partnered with Marcel Wanders to create a chess set that doubles as a work of art, a statement piece that will command attention in and out of play. The weighty chessboard is crafted out of black and white inlaid marble while the chessmen are sculpted from crystal and are designed to capture reflecting light. The leading Dutch designer has given his unique touch to each piece – the Queen’s crown doubles as a stem vase that can hold a single rose. Every set is made to order and individually numbered, making this a true collector’s piece.
Priced at US$18,000. 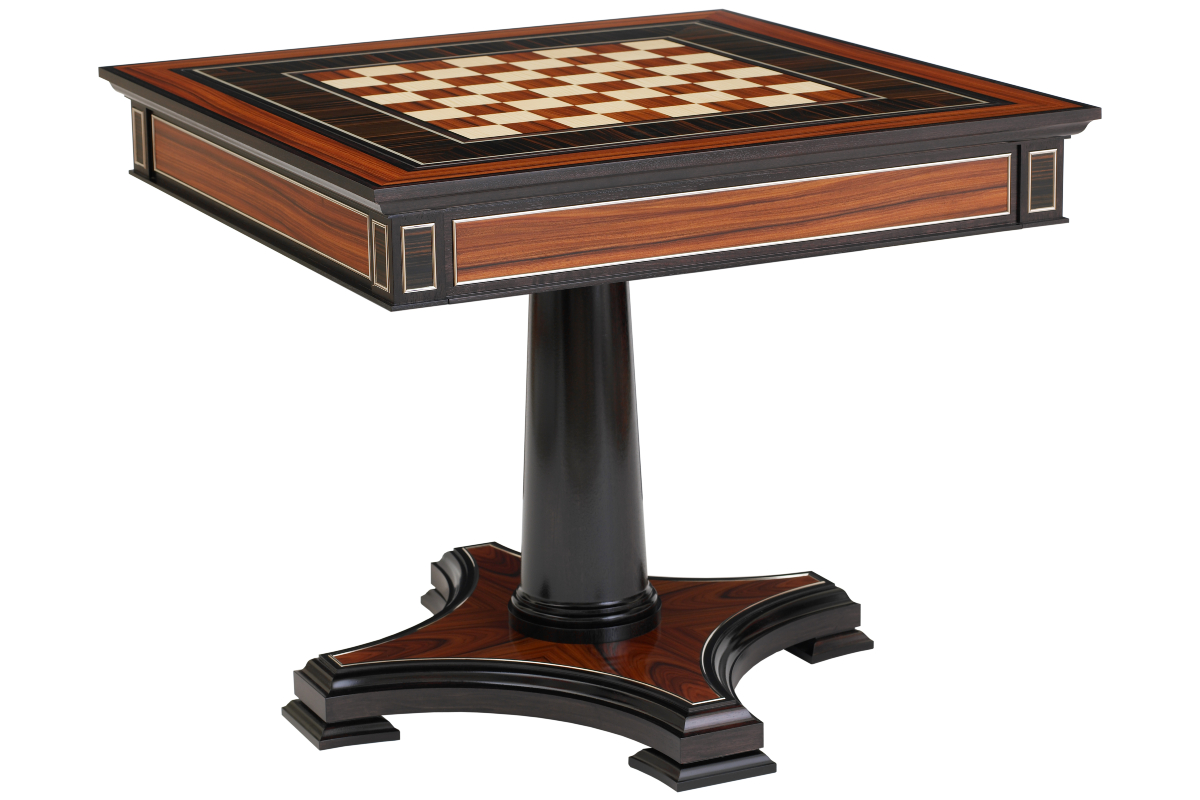 The son of Princess Margaret and Antony Armstrong-Jones (key protagonists in another hit Netflix series, The Crown), David Armstrong-Jones may be the second Earl of Snowdon and a member of the British royal family, but since 1982 he has been carving a name for himself in high-end circles as David Linley, bespoke furniture designer and interior designer for an A-list clientele including Sir Elton John and Valentino. The Linley Classic Games table is the ultimate in statement game pieces. Made from walnut, materials such as Macassar ebony and aluminium and ebony stringings also form part of the delicate inlay. Designed to host strategic battles in the form of chess, backgammon, dominoes, bridge and card games, the chess board can be flipped to reveal a green baize-lined card table or removed for a backgammon board. All the equipment you’ll need is elegantly stored in the drawers underneath.
Priced at about US$35,000. Founded in 1781, British luxury goods retailer Asprey’s Bond Street flagship London location is the address of choice for royalty, heads of state and other celebrities – in the 70s, George Harrison commissioned a bespoke chess set using Ringo Starr’s hands as the inspiration for the chessmen. For your own piece of chess legend, its Hanover chess case in saddle leather is a high-end take on a traditional chess set: calf leather lines the interior of the case while the chessmen are made from boxwood and ebonised boxwood in the classic Staunton style. Each piece even comes with its own individual storage compartments. Available in four different colours: black, cinnamon, malachite, marine, at US$6,700.