The info on Samsung’s Note 10 and Note 10+ smartphones

For the first time, Samsung has released two versions of its Galaxy Note smartphone range. 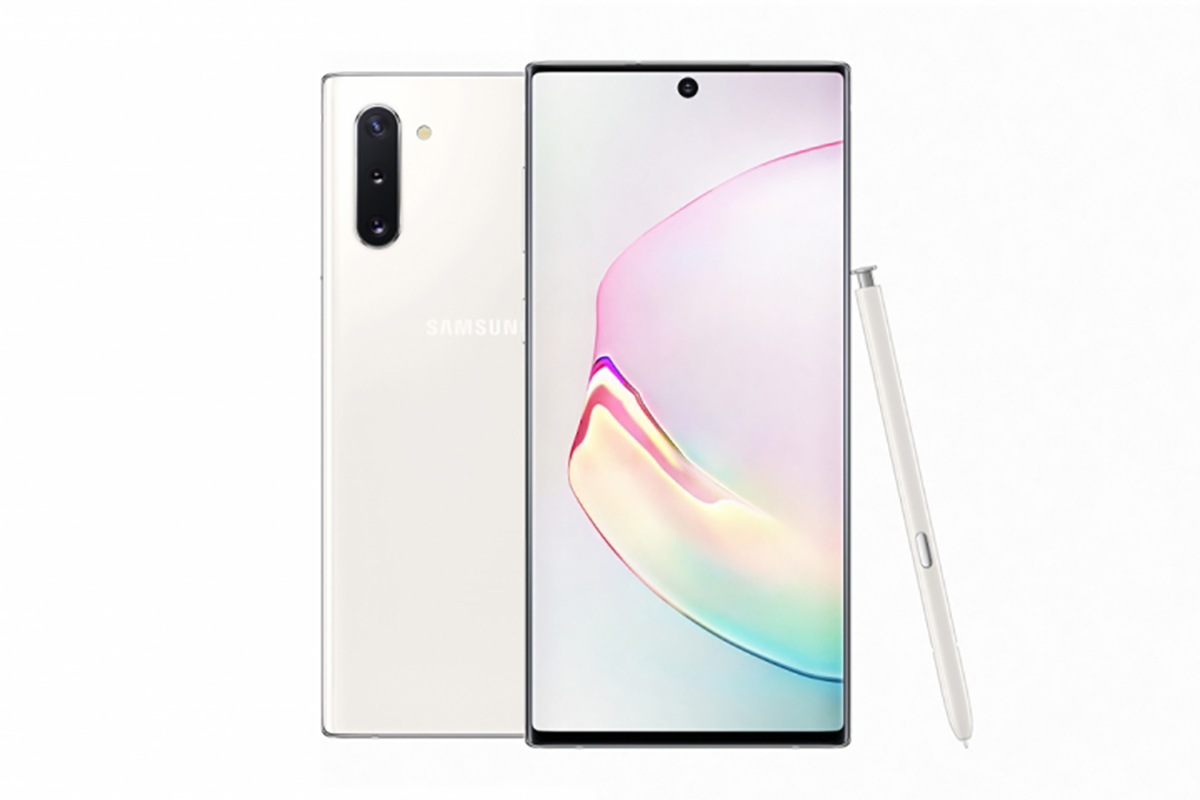 Samsung’s annual upgrade of its popular Android-based smartphone has seen the launch of Note 10 at Samsung‘s second Unpacked event of the year at the Barclays Centre in Brooklyn, New York.

The body of the Note 10+ is almost the same size as the 6.4-inch Note 9 and has a 94% screen-to-body ratio with almost no bezel. The Note 10+ also has an extra DepthVision camera that you can use to 3D scan objects, which you can then manipulate into interactive avatars or print as a 3D file. 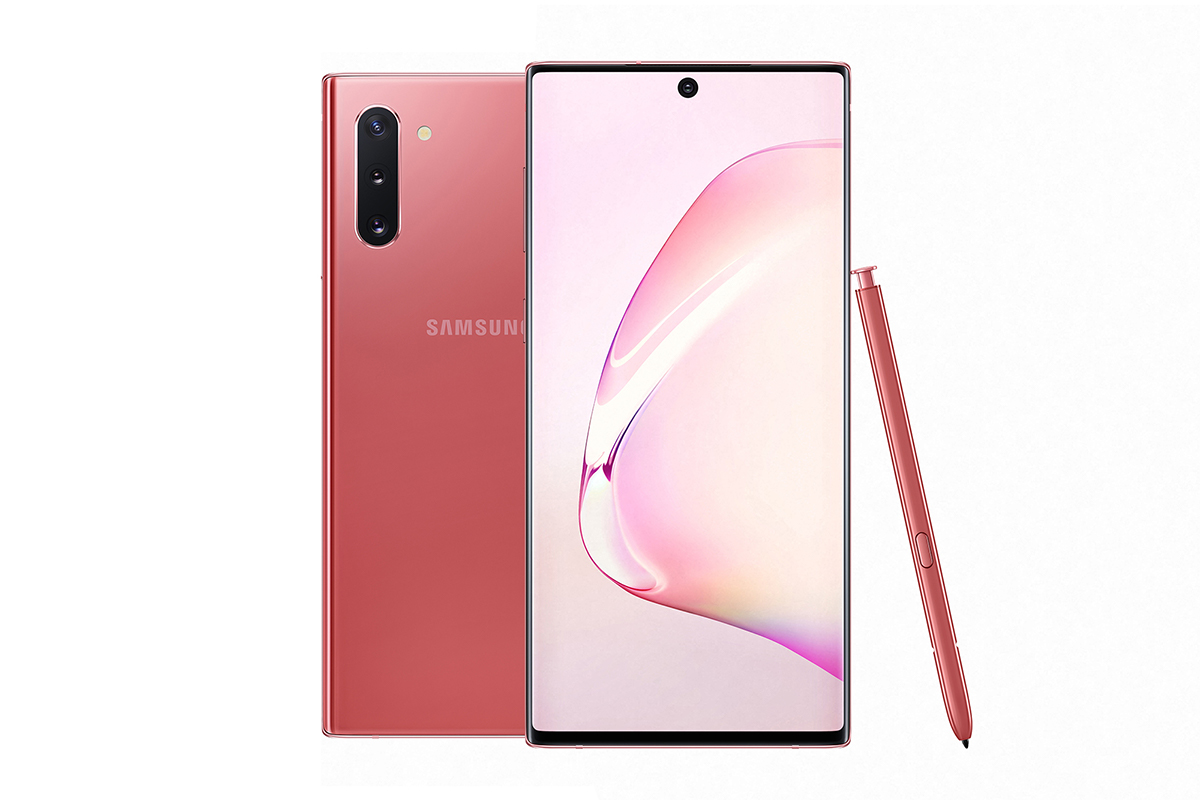 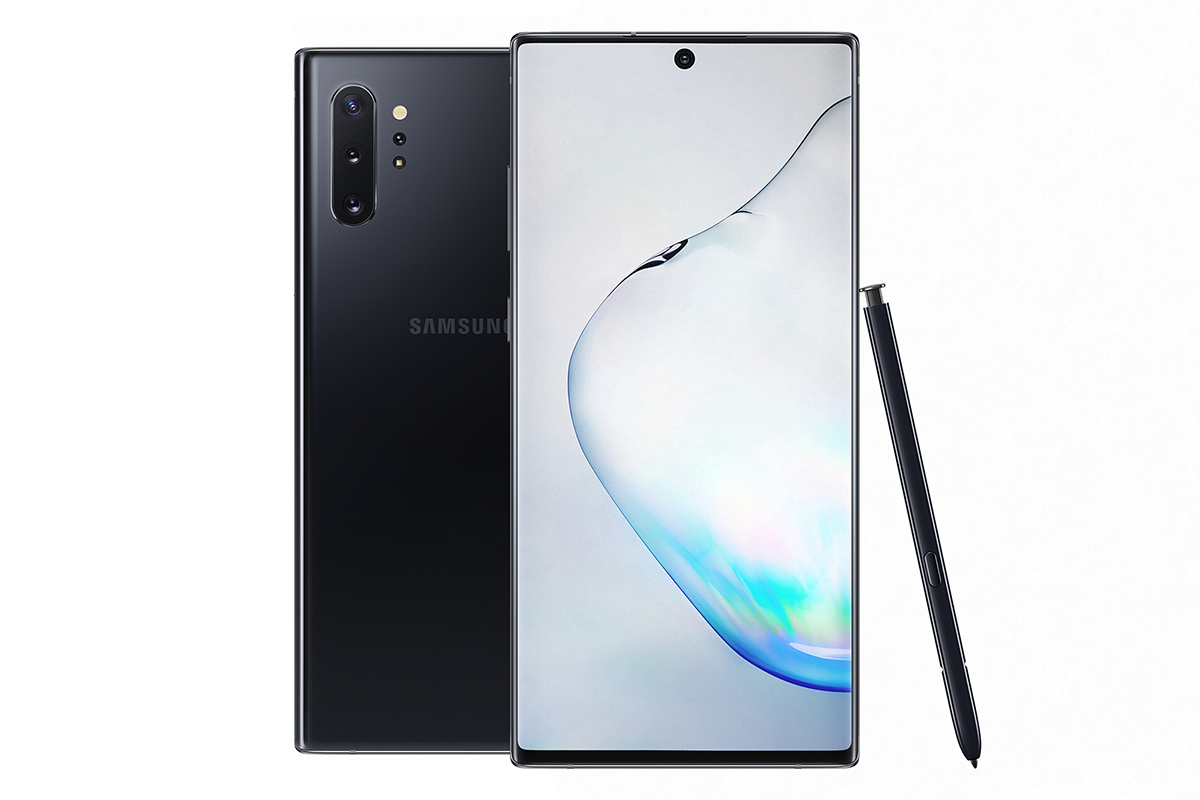 The most interesting feature of the Note 10 is the new S-Pen. While it doesn’t contain the built-in camera that had been widely reported, it does contain a 6-axis sensor, including a gyro sensor and acceleration sensor, and new “Air Actions”, which allow the user to control the phone with gestures from a distance. It can connect to other devices via Bluetooth and can convert handwritten notes into a Word document, with support for multiple languages.

Then there’s the fun colour options, including a special edition that has an iridescent finish.

The Note 10 and Note 10+ don’t have headphone jacks, which is a first for any flagship Galaxy phone. USB-C headphones will come included in the Note 10 box, but a necessary dongle will cost another US$9.99 separately.

“It seems like Samsung has touched and improved upon every aspect of the phone. So regardless of if you’re a gamer, a power user, or just someone trying to get work done on their phone, the Note 10 and Note 10+ have something to offer, just as long as you can stomach its price,” GizModo‘s Sam Rutherford writes.

TechRadar‘s James Packham wrote: “The Galaxy Note 10 is Samsung’s easiest to use S Pen-toting phone yet, and while there may not be any game-changing features to make this a must-buy handset, it looks to be a solid addition to the Note range.”

As its Active label indicates, it can manually track 39 different kinds of workouts, including running pace monitoring, as well as tracking stress levels and giving guided meditation. The Galaxy Watch Active 2 is priced at a starting of US$279.99 for the base 40mm Bluetooth variant, while the 44mm variant carries a price tag of US$299.99. The pre-orders for the smartwatch will start on September 6 and Galaxy Watch Active2 will go on sale on September 27 via the official Samsung website and select retailers in the US.

The Galaxy Watch Active 2 comes in two sizes of 40mm and 44mm sizes which further comes in Aluminium and Stainless Steel case variants, and also Wi-Fi and LTE-supported models. The 40mm variant comes with a 1.2-inch display while the 44mm variant comes with a 1.4-inch display. Both the variants offer Super AMOLED always-on screens with a resolution of 360 x 360 pixels with Corning’s Gorilla Glass DX+ for protection. The screen comes with rotating touch bezel to allow users to interact with the smartwatch’s UI by moving their fingers in a clockwise or counter-clockwise direction. 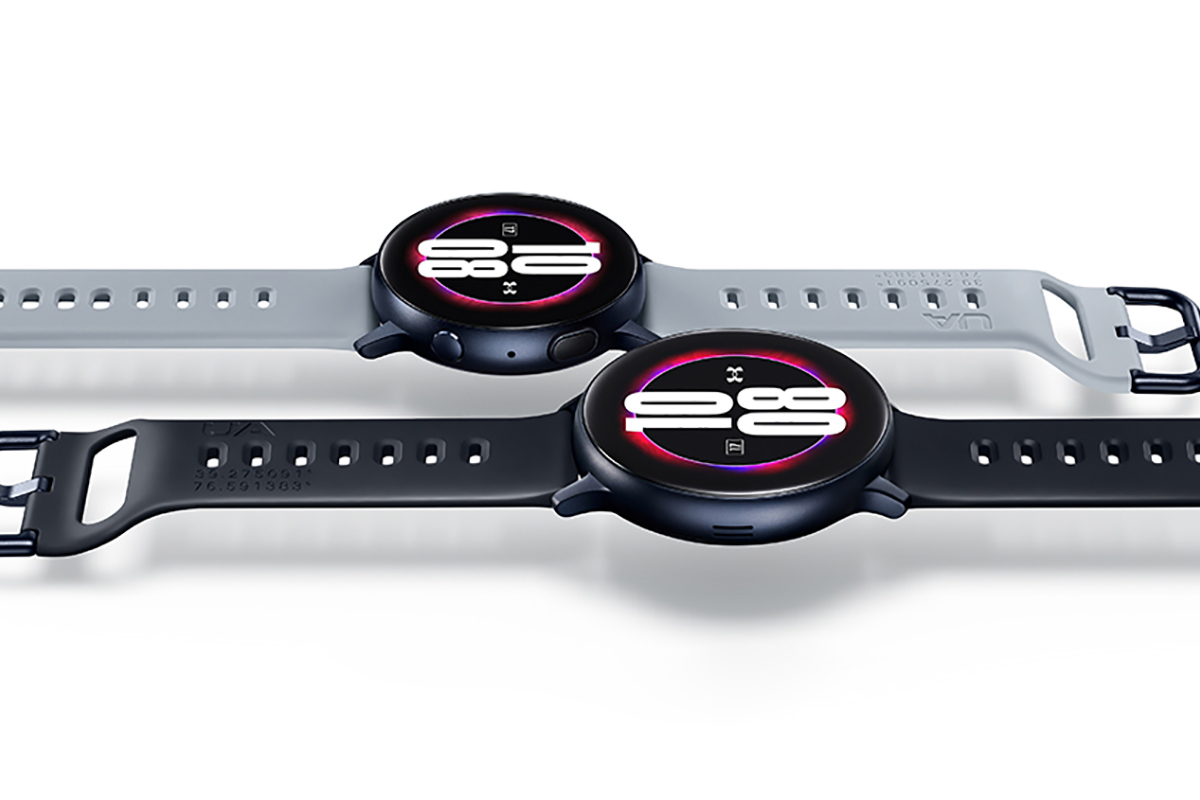 Samsung Electronics and Under Armour's edition of the Galaxy Watch Active2. 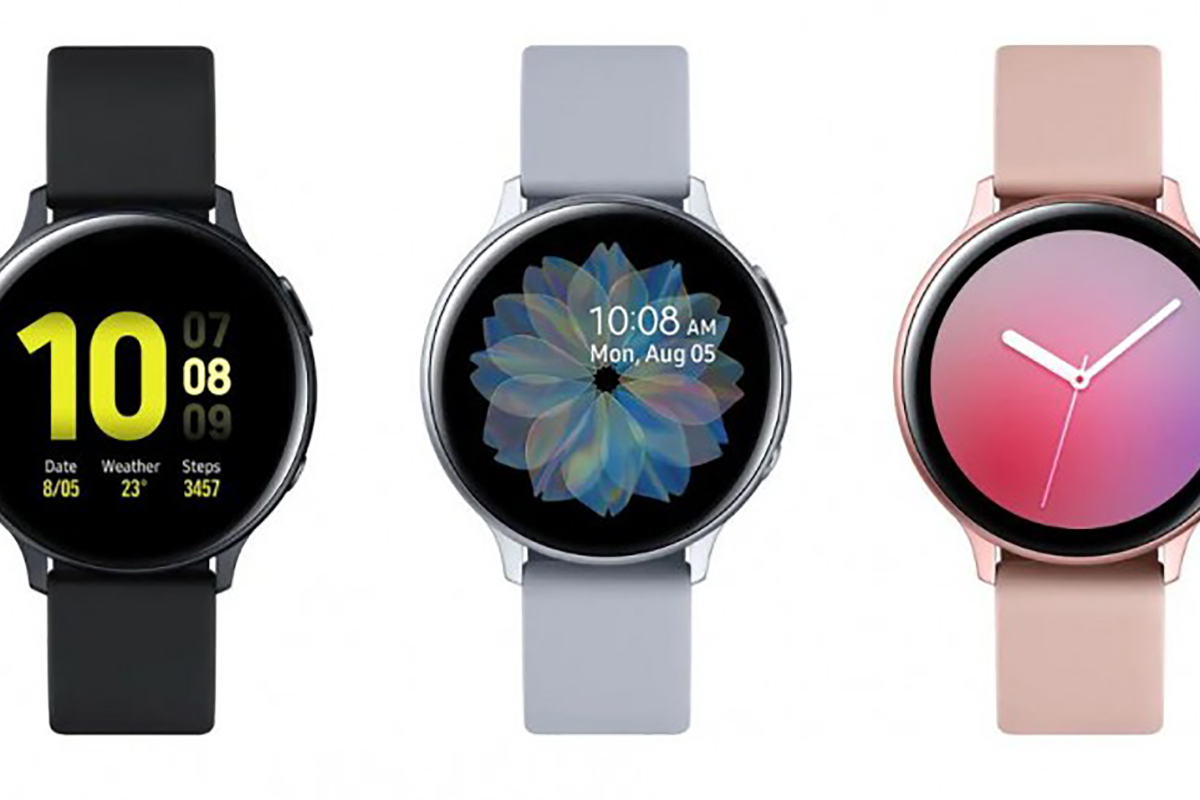 In February, Samsung released the Galaxy Tab S5e and today unveiled the Galaxy Tab S6. The Galaxy Tab S6 is similar to the Tab S5e in size but its performance has received a huge boost to turn it into a productivity-based tablet. The Tab S6 has a 10.5-inch display with 2560×1600 resolution. As xda developers wrote “that’s a 2K display with a 16:10 aspect ratio. This tablet is incredibly thin at just 5.7mm, making it just 0.2mm thicker than the Tab S5e. It comes with quad AKG-tuned speakers for rich and immersive surround sound. The Tab S6 also has facial recognition and an optical in-display fingerprint scanner as its forms of biometric unlocking, as it gets rid of the fingerprint scanner present in the Tab S5e.”

The Tab S6 comes with an S Pen, which has up to 10 hours of battery life and takes just 10 minutes to charge. It is aimed directly at the iPad Pro market. 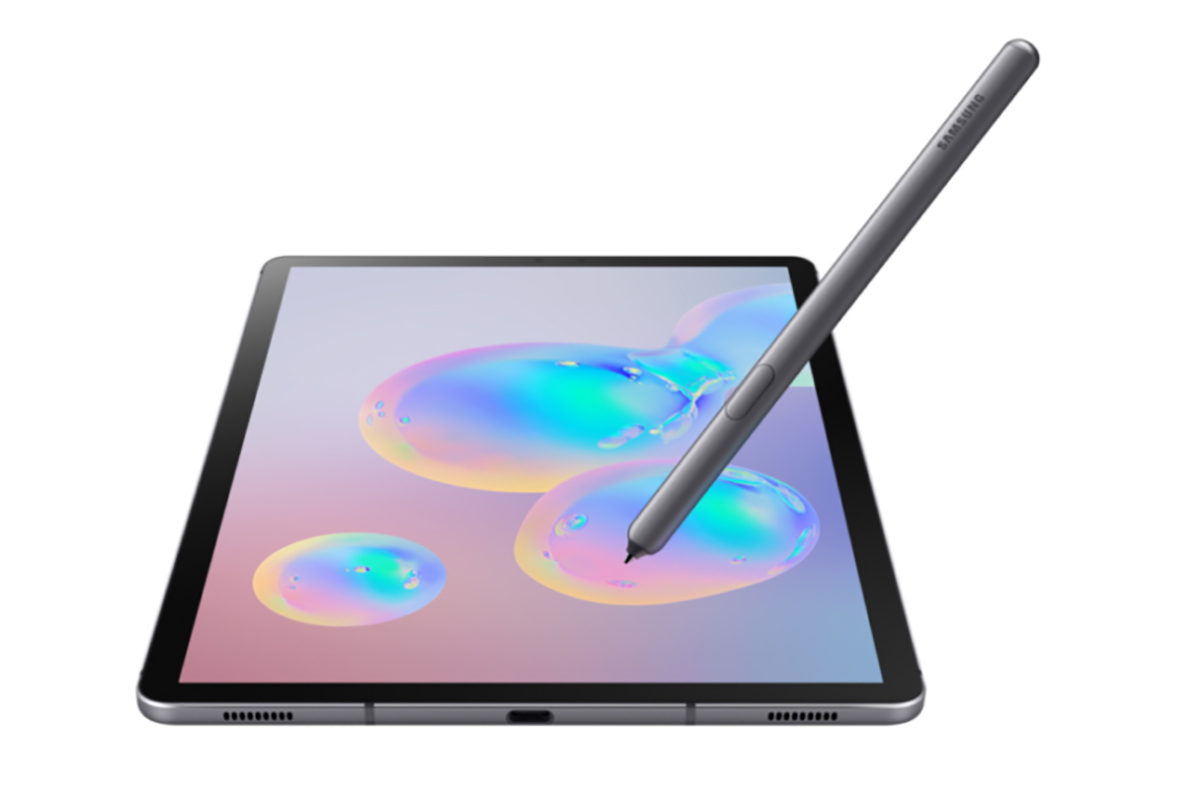 For the first time on a tablet, users of the Galaxy Tab S6 has become the world’s first tablet to receive the HDR10+1 certification and support next-generation high dynamic range (HDR) video. 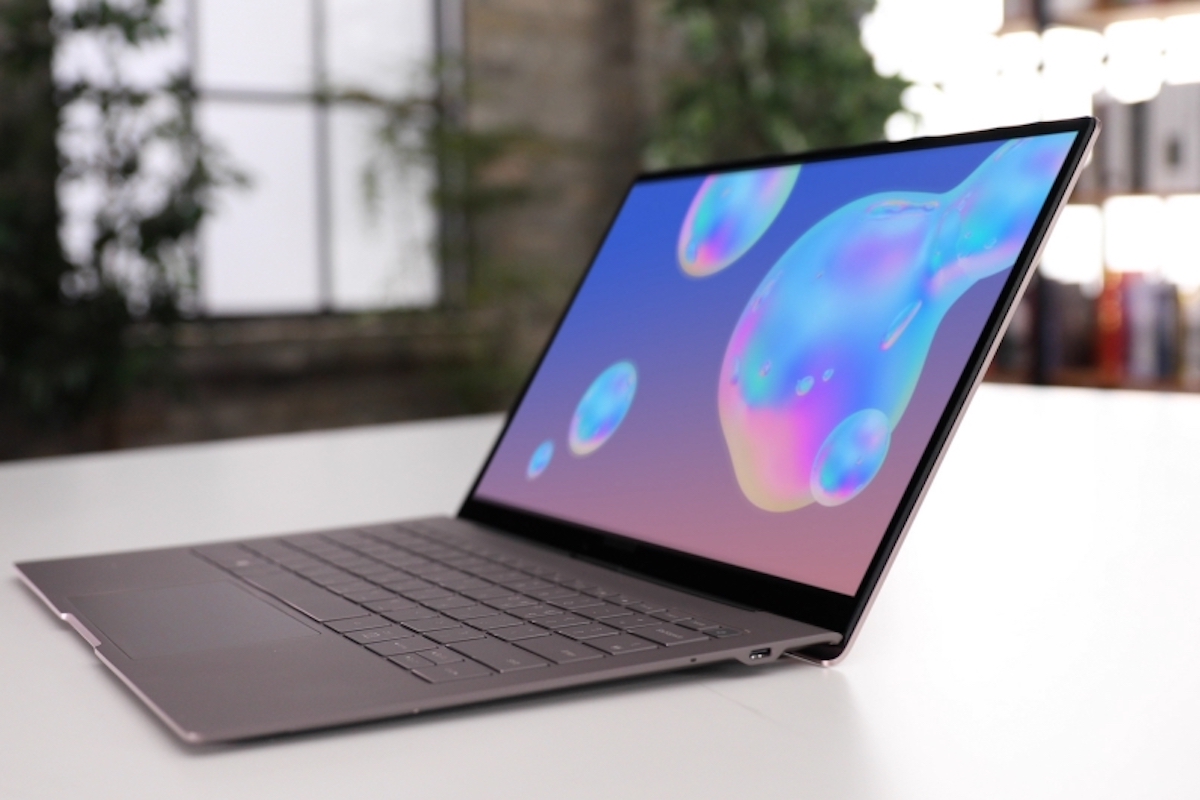 Galaxy Book S takes Samsung’s position as a mobile leader and unites it with the best-in-class workforce platform powered by Microsoft and industry-leading mobile performance from Qualcomm.
[/img]

Samsung’s Galaxy Book S is a premium, ultra-portable laptop. It is the first laptop to feature the Qualcomm Snapdragon 8cx processor (CPU), the chip maker’s first 7-nanometer CPU. The laptop features an 8-core processor with a boost clock of 2.84GHz and 8GB of memory (RAM). Backing that up is 256GB of solid-state drive (SSD) space – up to 512GB – and LTE capability with Nano SIM support.

It will be available in the US for US$999 from next month.