Technology from CES 2021 that will change the way you live

The world’s most anticipated technology show forges ahead with big names, bigger screens and wine-pouring robot servants. The only thing missing in 2021 was the huge crowds. 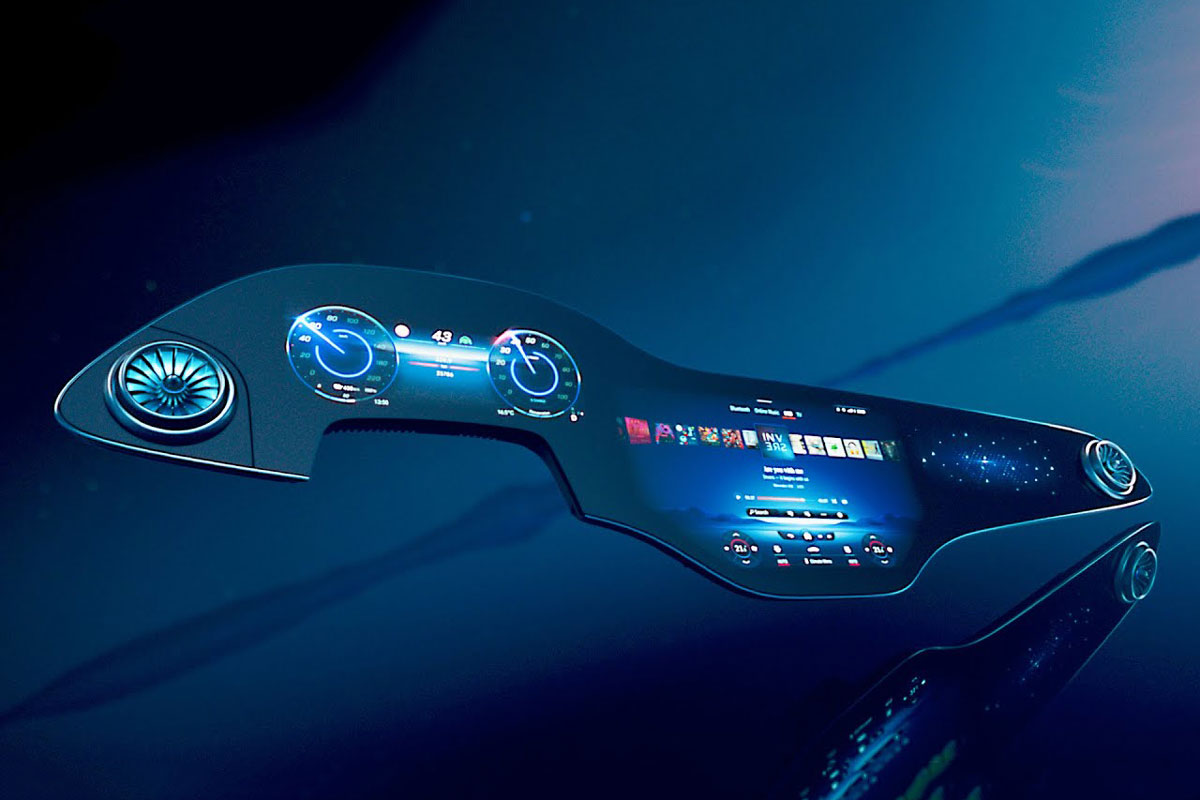 Every year masses of tech aficionados converge on the Las Vegas Convention Center to experience the latest in cutting-edge products from the world’s leading consumer technology companies.

The Consumer Electronics Show (CES) serves as an indicator of what manufacturers have lined up for the global market in the coming months or even years. CES 2021 was no different except for the fact that it was held virtually due to the ongoing COVID-19 pandemic.

From larger television screens with more detail than ever to full-scale dashboard displays and virus-killing lamps, these are the most impressive debuts of CES 2021.

The race for higher resolution continues with plenty of household names pushing smaller LEDs and additional features across their flagship models to increase viewing quality. Hisense was one of the first manufacturers off the rank to debut their latest televisions screens, spruiking ULED 8K technology across its 2021 model range. Leaving out all of the unnecessary jargon, the Hisense models feature sophisticated upscaling technology backed by artificial intelligence to deliver impeccable resolution and detail regardless of the media being used. This means audiences can watch live television, streaming content and play video games upscaled to 8K resolution, providing the highest quality viewing experience at all times. Reinforcing the picture quality is also the inclusion of Dolby Vision HDR and Dolby Atmos Audio across the entire 2021 Hisense ULED TV range to maximise audio immersion. Select models will also be IMAX enhanced for a true cinematic experience at home. The first round of models will include 65-, 75- and 85-inch screens. 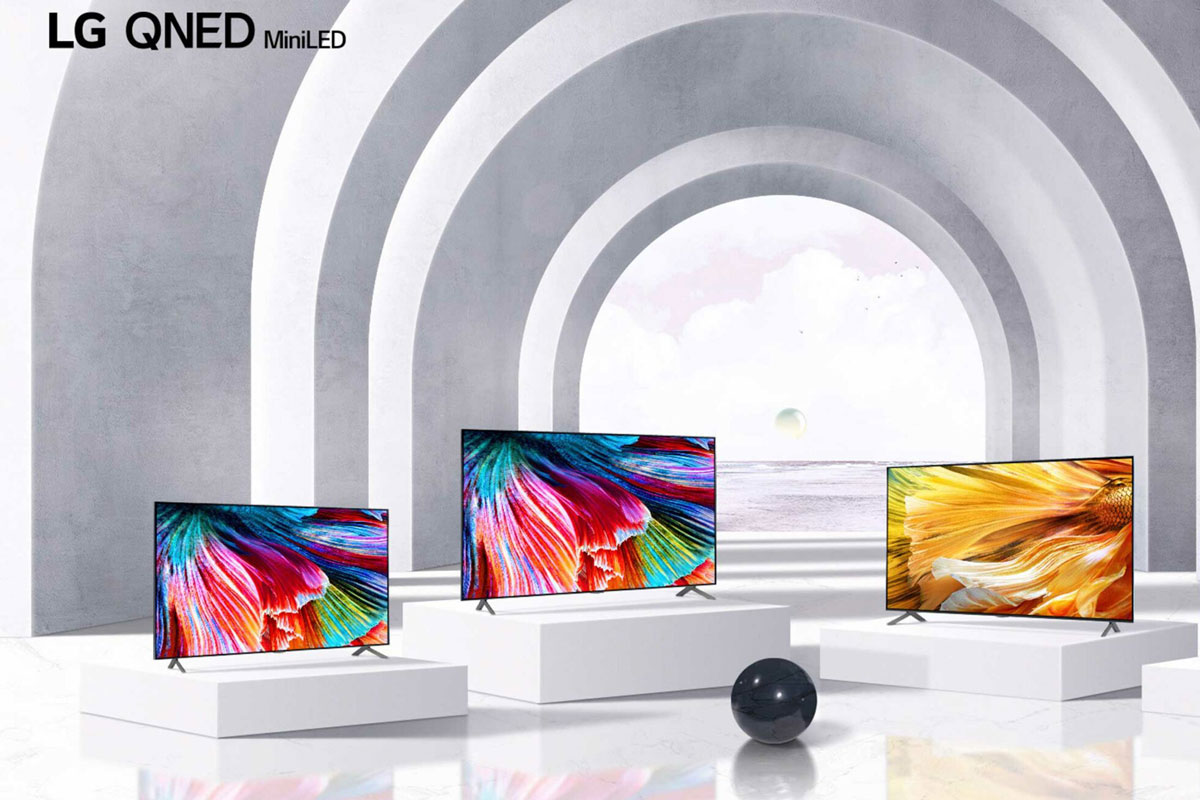 Not to be left behind in the resolution race is LG. The company debuted their own 2021 range, which features MiniLED backlighting with extensive dimming zones. The QNED line will form the company’s high-end offering and come in sizes up to 86-inches – the biggest of which boasts 30,000 LED backlights and 2,500 dimming zones. There will also be 10 different models featuring 4K and 8K resolution with the MiniLED technology to provide improved lighting control and contrast in comparison to conventional LCD screens. 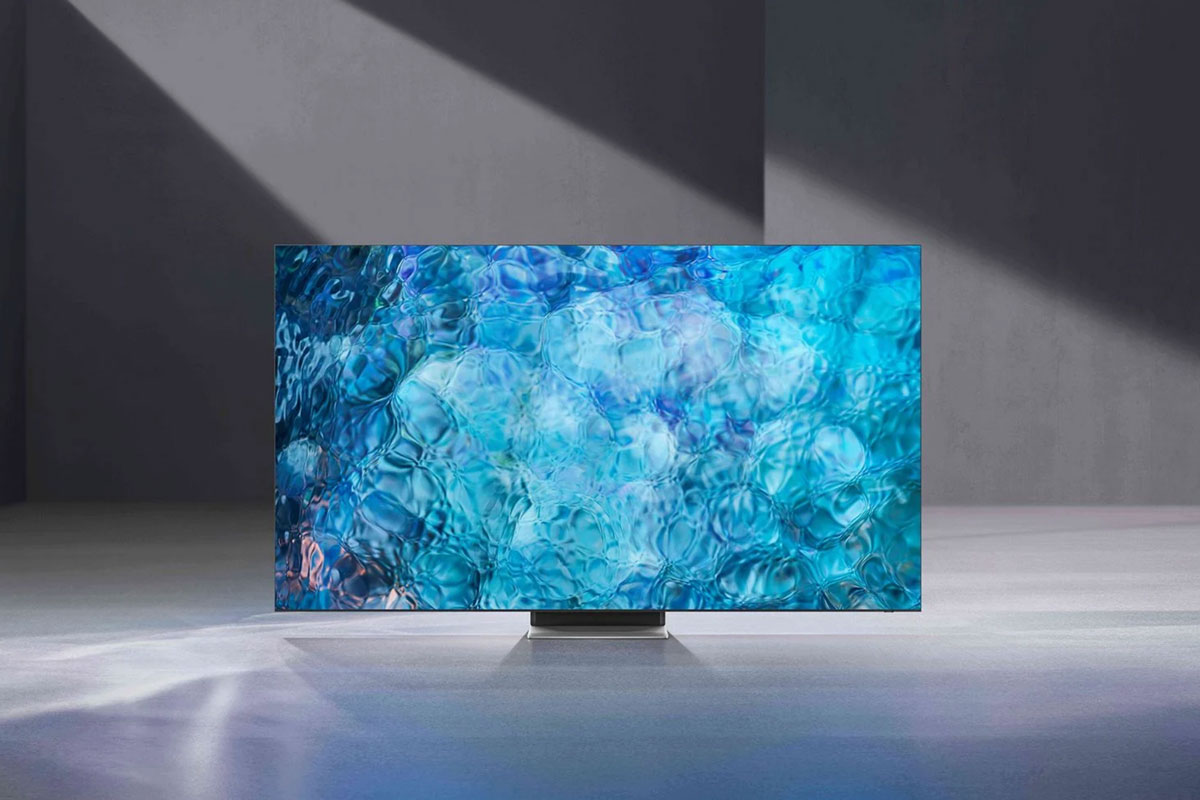 Samsung is boasting its own small LED technology across its latest consumer screens called MicroLED. The technology first debuted with the enormous and insanely expensive ‘The Wall’ set before making it to this year’s CES in more civilian-sized screens in its premium range. Samsung’s MicroLEDs produce the same levels of deep black and extreme contrast from OLED screens without the limitations on brightness or pixel degradation through burn-in. Samsung will offer their latest high-end televisions in 110-, 99- and 88-inch sizes.

The transport industry has always been aligned with CES, but it’s not so much the car models that get centre stage. With increasing levels of technology being implemented within them, here’s what’s making a real impact to transport in 2021.

Fancy a 56-inch screen in your car’s interior spanning the entire width of your dashboard? Mercedes-Benz are keen to make that happen with the arrival of a single seamless display called the MBUX Hyperscreen. The stunning visual device will grace the cabin of Mercedes-Benz’s EQS concept luxury electric vehicle and acts as the car’s central user interface. This means it’s an instrument cluster, navigation screen, infotainment display and passenger display all in one. With an in-built computer, the Hyperscreen also maximises the use of artificial intelligence to conduct nominal tasks such as calling a regular contact on your drive home or lifting the car’s height based on road conditions. It can even remember a passenger’s preference in massage. The MBUX Hyperscreen isn’t available for any current models but is a good look at what’s to come in Mercedes-Benz flagship vehicles down the track.

iDrive is BMW’s proprietary in-car communications and entertainment system. At CES 2021 the platform shows off its most advanced appointments yet with the inclusion of semi-autonomous driving taking centre stage in the recently announced iX electric SUV. The latest iDrive also boasts even higher levels of cloud connectivity for access to unique services and real-time data.

Self-parking cars aren’t much of a breakthrough these days. So at CES 2021 the Swedish carmaker instead debuted self-parking technology for boats. Penta, Volvo’s maritime arm, developed an autonomous boat docking system that can compensate for incoming tides to keep a vessel moving in a straight line when anchoring up. The fully-integrated Assisted Docking system is designed to make complicated parking issues at sea a breeze with the help of GPS, on-board sensors and real-time positioning. Boat drivers simply point the joystick in the desired direction and the technology looks after the rest.

In 2021, home is where the technology is. This is especially the case with the role of the traditional office shifting to home office set-ups. These are the devices that could become your finest home companions of the future.

While televisions form the basis of what consumers can expect today, Samsung also went through the trouble of predicting the future with Bot Handy, an AI-powered home robot that doubles as a mobile butler with a smart grapple arm. While you can’t interact with one like a human just yet, Bot Handy does take care of the important things like pouring you wine (or your non-alcoholic beverage of choice), loading the dishwasher and setting the dining table. 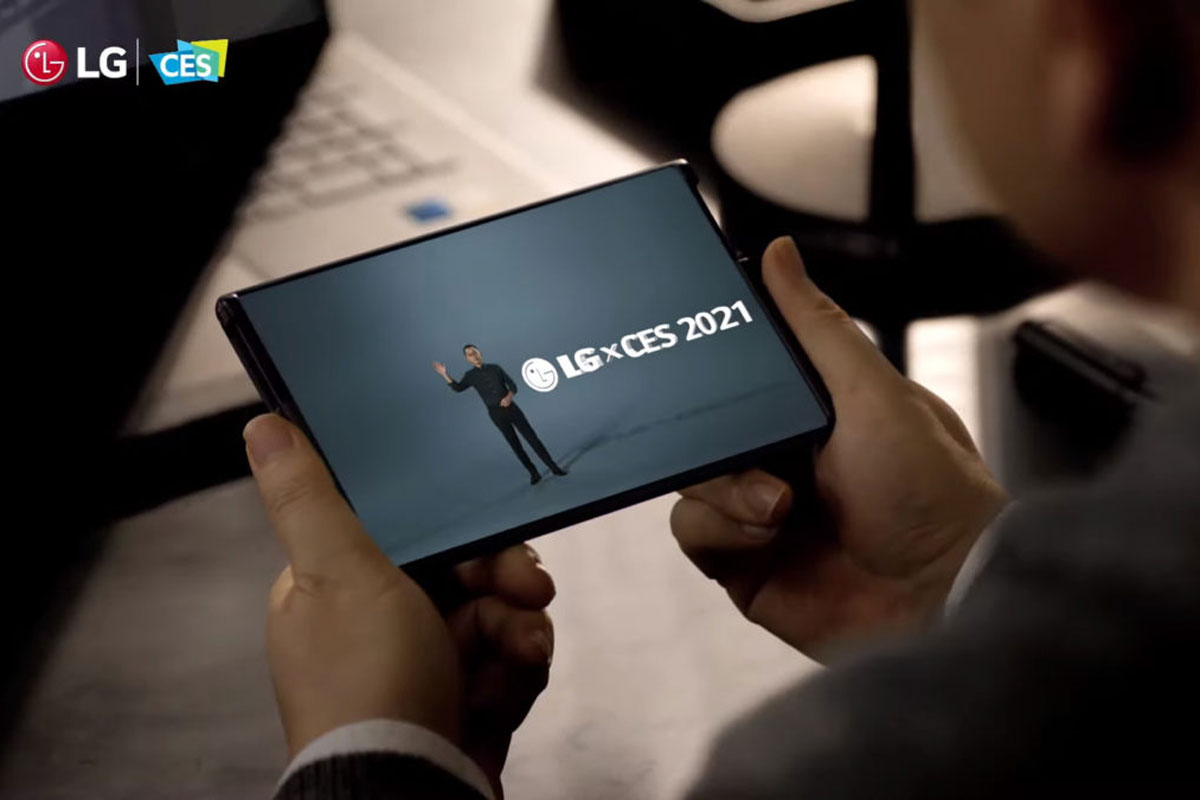 For years smartphone users have been complaining about devices being either too big or too small for specific uses. LG unveiled how it plans to solve that problem by teasing their upcoming Rollable smartphone – a device with a rollable screen, which begins as a standard smartphone size but can be stretched out to a tablet thanks to its innovative flexible screen design. The details are sparse, but the company did announce that the phone will be available this year. 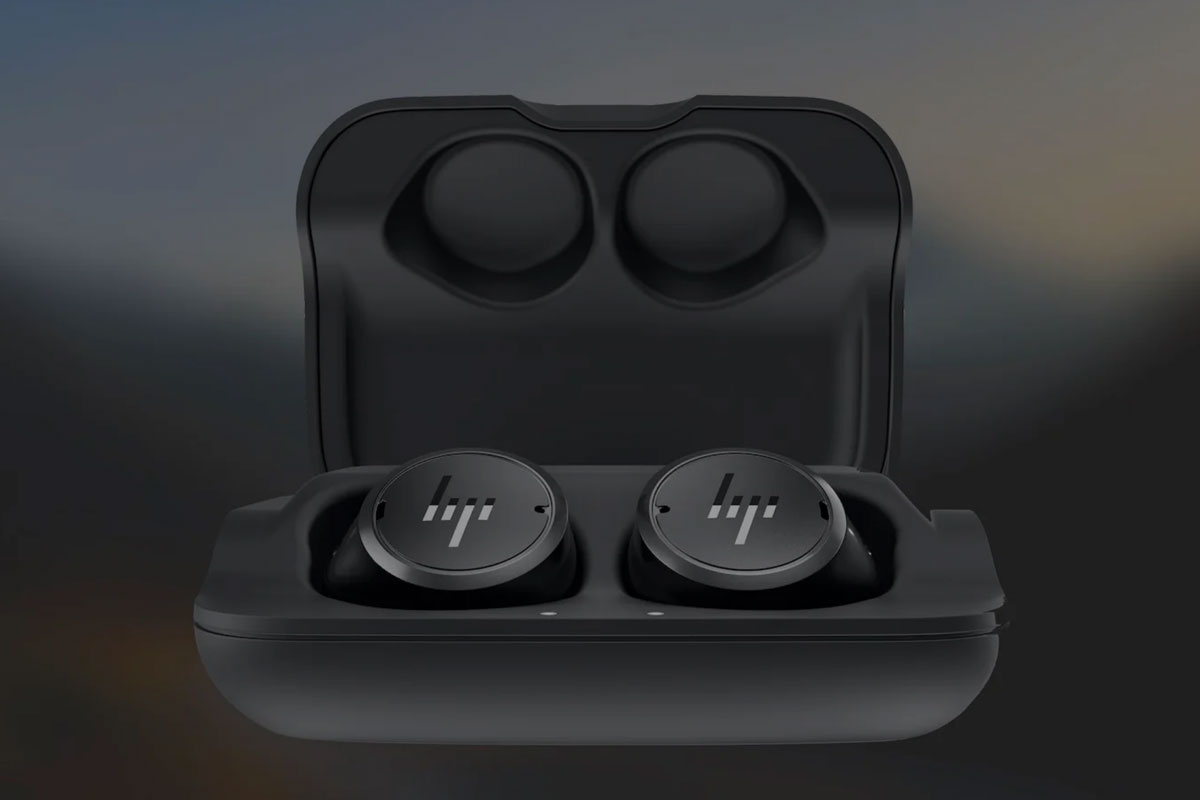 It may have gone unnoticed for some but for audiophiles the latest HP Elite Wireless Earbuds are the perfect competitor to other high-end wireless earphones. HP is hedging its bets on the device’s personalised audio tuning capabilities, which allows users to customise the sound to their most preferred hearing profile. A tap touch feature can instantly toggle audio settings between the home office, the gym or a cruisy Sunday morning walking the dogs. Active noise-cancelling is also built-in. High-end seems to be the flavour of CES 2021 with Sony unveiling their latest duo of 360 Reality Audio immersive speakers. The upcoming SRS-RA5000 and SRS-RA3000 are both wi-fi-connected speakers that spruik Sony’s unique Immersive Audio Enhancement algorithm with music controlled via Google Assistant or Alexa devices. Spotify Connect, Bluetooth audio and Sony television connectivity are also supported. With pharmaceutical companies looking after the vaccine, the next line of defence against the pandemic is, naturally, technology. Philips has embarked on this very mission with its latest UV-C disinfection desk lamp for the domestic home, a device which uses light to effectively neutralise viruses and bacteria on surfaces including SARS-CoV-2 – the virus responsible for COVID-19. Users are however warned that UV-C light can be harmful to the eyes and skin so it’s the type of lamp that needs to be switched on and left in a room to do its job rather than for illumination purposes. 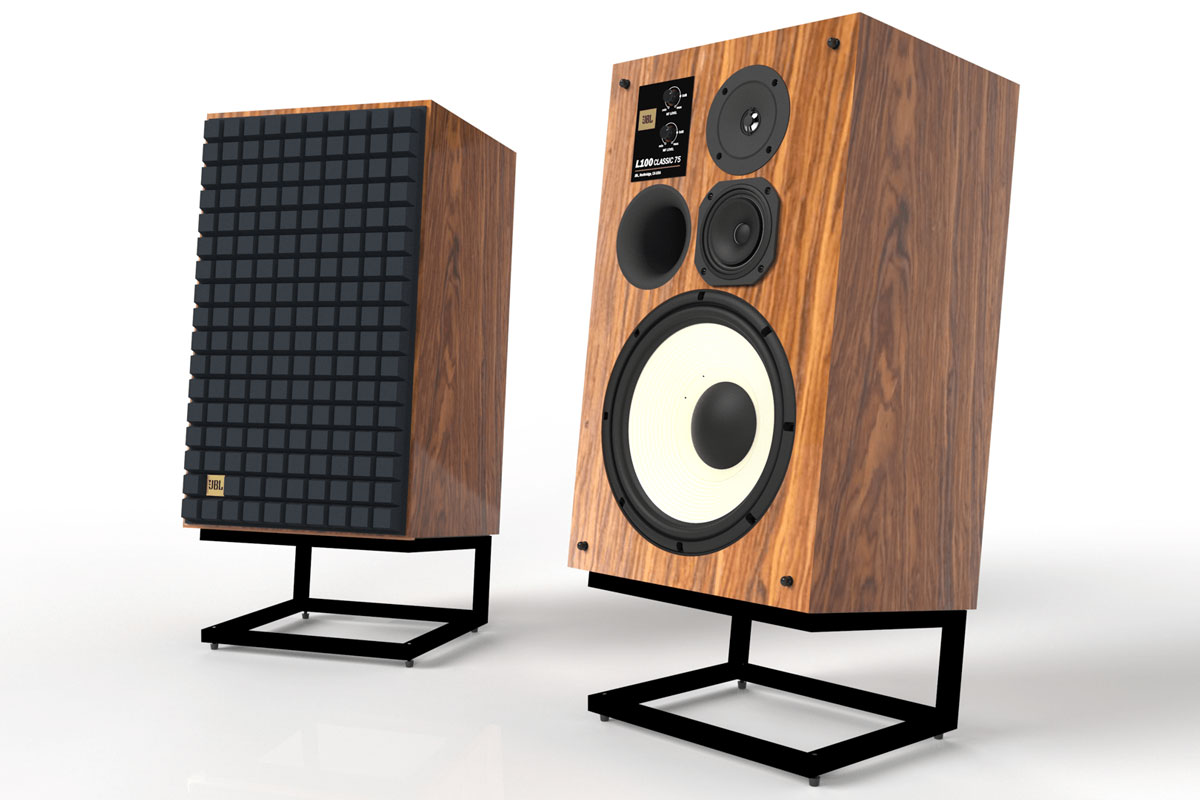 True audiophiles haven’t been forgotten in a time of streaming audio. JBL celebrated its 75th anniversary in style at CES 2021 with the debut of their latest L100 Classic 75 speakers, which is a serious nod to the original 1970 L100 models. The limited-edition speakers sit beautifully with teak wood veneer housing paired with a black Quadrex foam grille and a gold JBL logo. It has the performance to match its looks too thanks to modern acoustic tweaks. Read next: How to boost productivity with gadgets when working from home