Inside the grand unveiling of Sydney’s original five-star hotel

After undergoing a A$50 million facelift, Sheraton Grand Sydney Hyde Park has been transformed into a regal establishment that boasts Italian marble baths, glass ceilings and an imposing grand staircase. 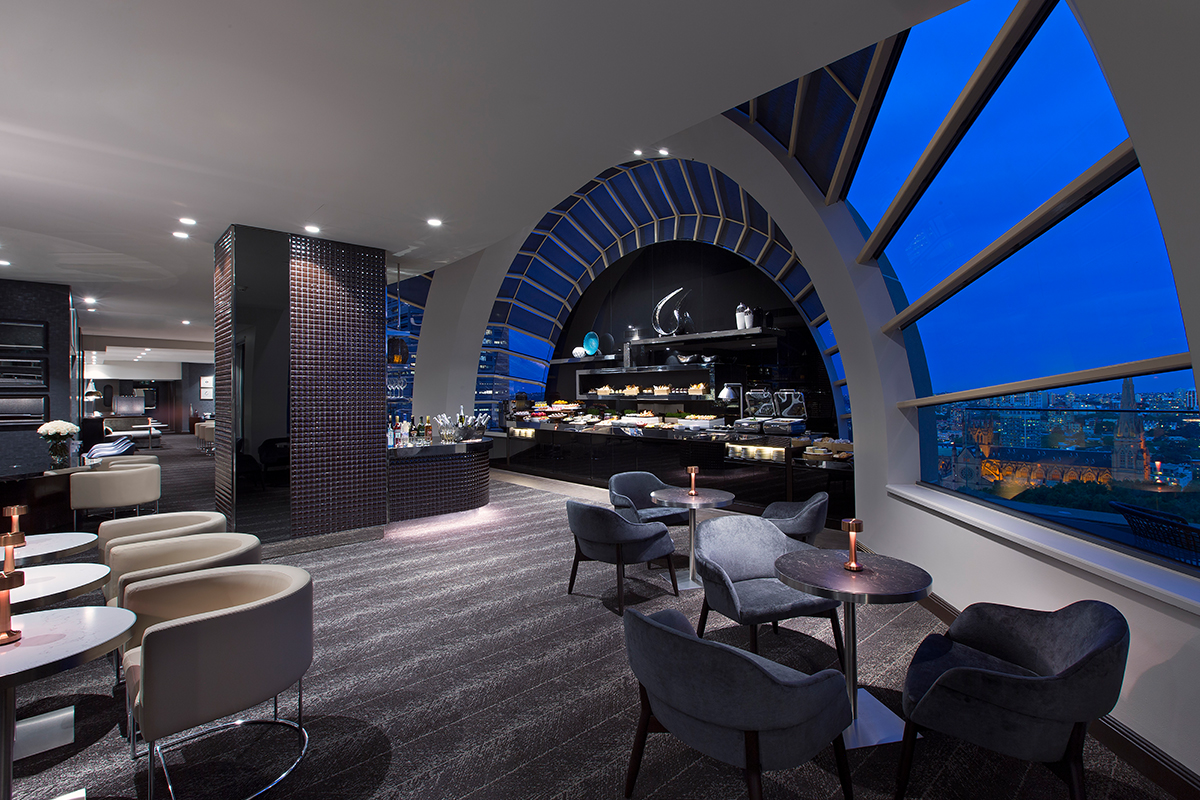 Nestled in the heart of Sydney, Australia, is one of the city’s grandest hotels that oozes elegance, prestige and opulence, and which now offers a co-working space for the community.

One of the city’s best-known hotels, the Sheraton Grand Sydney Hyde Park has been transformed during a $50 million refurbishment.

Wanting to create a collaborative atmosphere throughout the hotel, Marriott International Asia Pacific Brand and Marketing Vice President Mike Fulkerson said the main focus was reinventing the global icon while not forgetting its heritage.

“There’s a stronger sense of community in cities,” Fulkerson says. “It’s a place where people want to gather, not just for a cup of coffee but more and more they want to work outside traditional office spaces.”

Fulkerson says hotels are becoming more like the social and networking hub that cafes have been for the past 20 years. 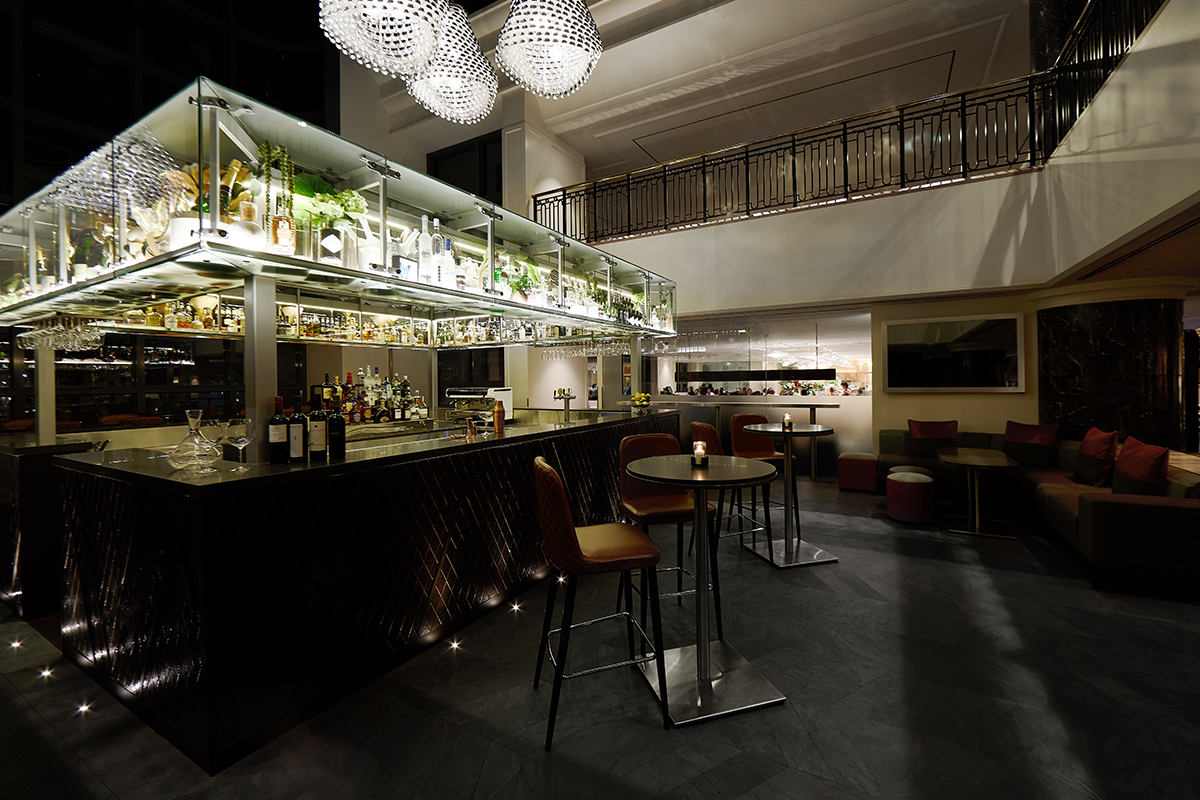 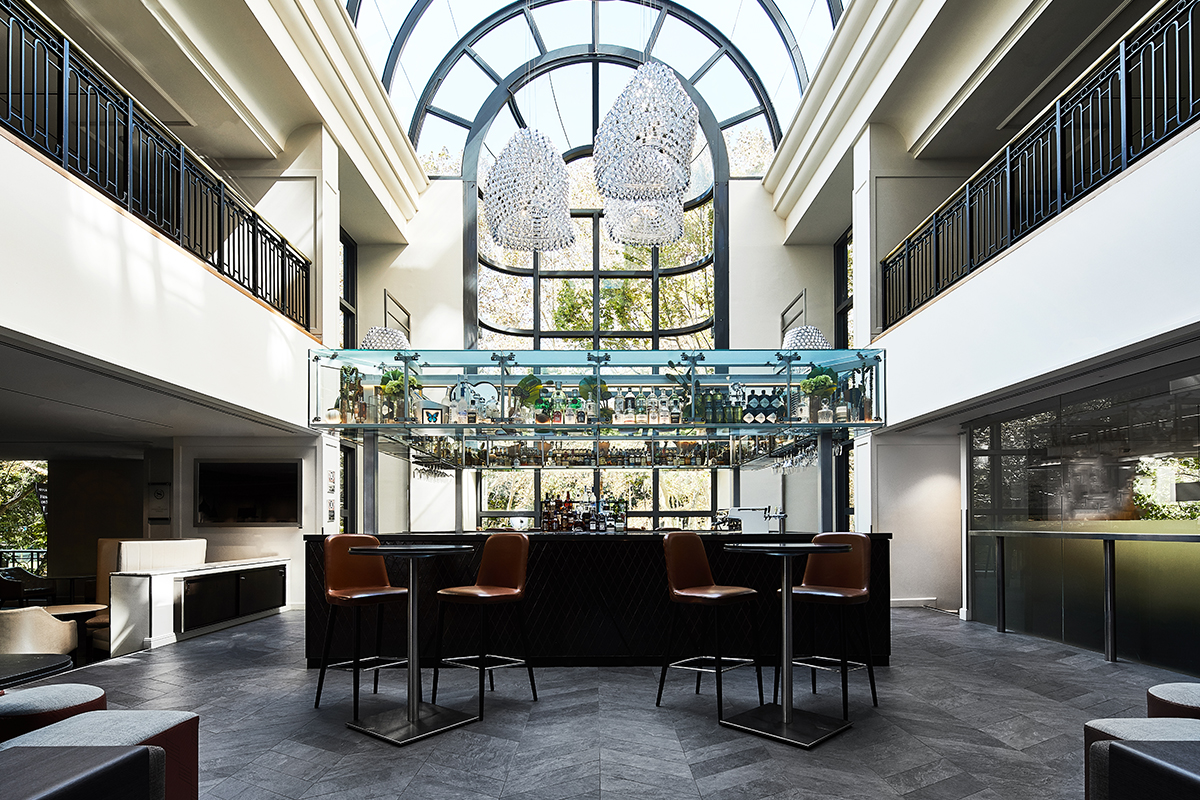 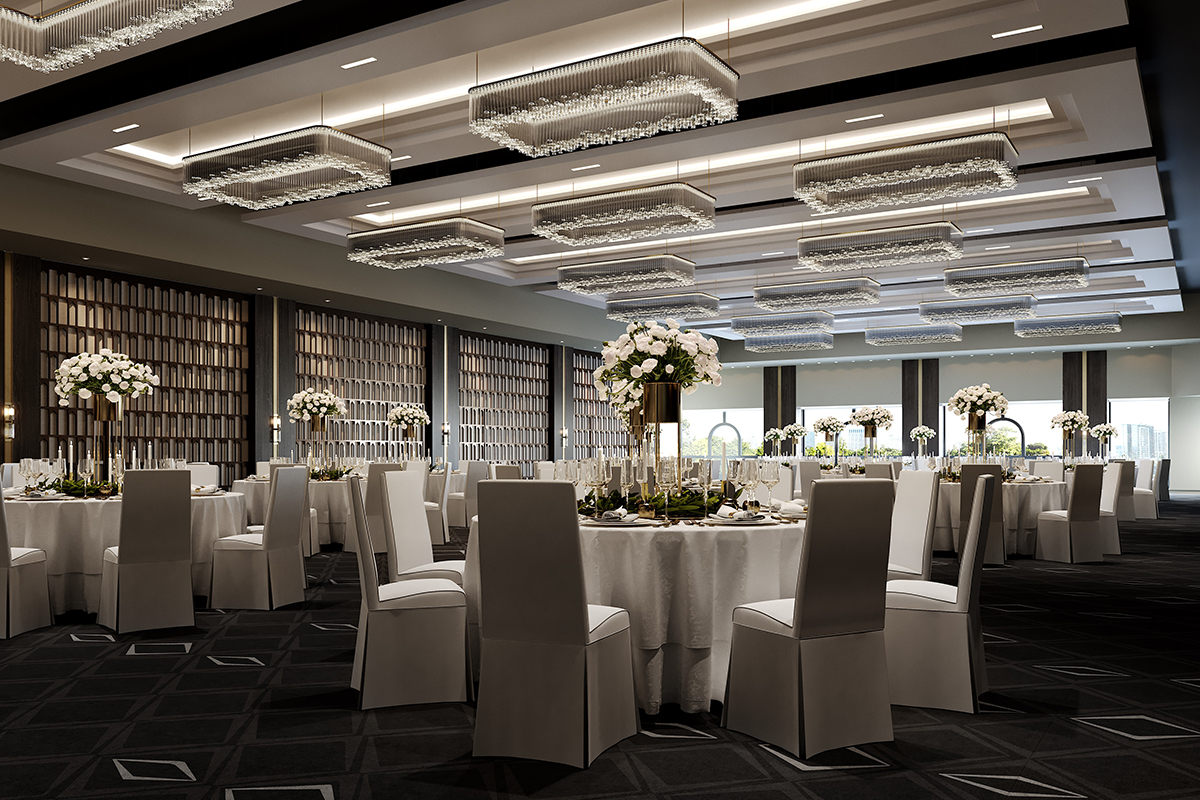 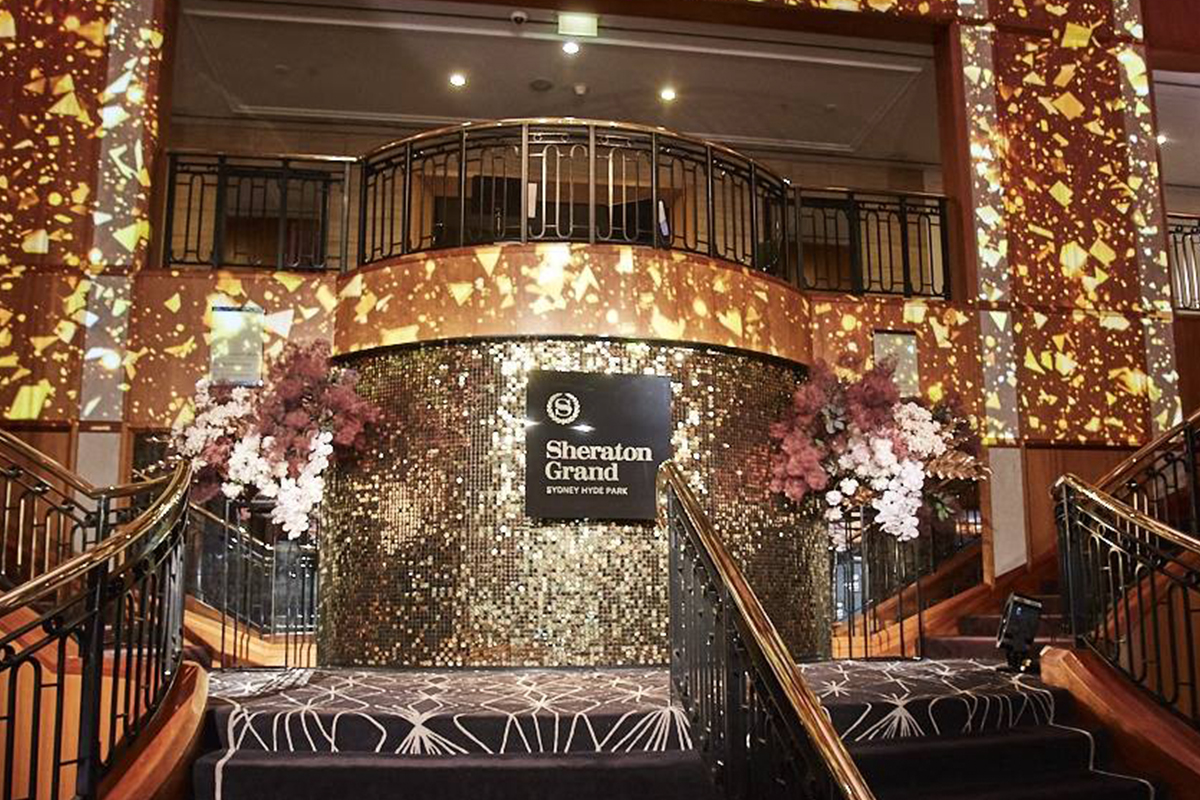 “The past few decades have seen the rise of the coffee shop as a place where people meet; it’s not just a cup of coffee at some diner, it’s a place where you go to hang out,” he says. “Co-working spaces show that people don’t want to work in their house or office, but in shared spaces.”

While traditional venues like hotels were once considered a place to stay at rather than gather in, they are now turning into places to come together and build a community in.

“We believe in the power of the collective because experiences are better shared,” Fulkerson says.

The refurbishment has been thoughtfully planned so the idea of collaboration starts as soon as you enter the hotel, from the marble-clad lobby through to the club lounge.

“There’s tremendous power in people coming together for shared ideas. It’s a place where hotels have been in the past and can definitely be in the future,” Mike Fulkerson

Redefining the purpose of hotels has been a global move, which has seen Sheraton Grand Sydney Hyde Park’s interior designer Joseph Pang fashion a hub that draws people in, designed to be an experience in itself.

“There’s tremendous power in people coming together for shared ideas,” Fulkerson says. “It’s a place where hotels have been in the past and can definitely be in the future.”

Inside the refurbished hotel

At the official unveiling of the rebrand with special guests (including New South Wales Minister for Tourism and Major Events Adam Marshall) we explored the refreshed grand ballrooms, the exquisite Ambassador Suite – a personal favourite for Kylie Minogue – and the conservatory bar with a stunning three-storey glass atrium. 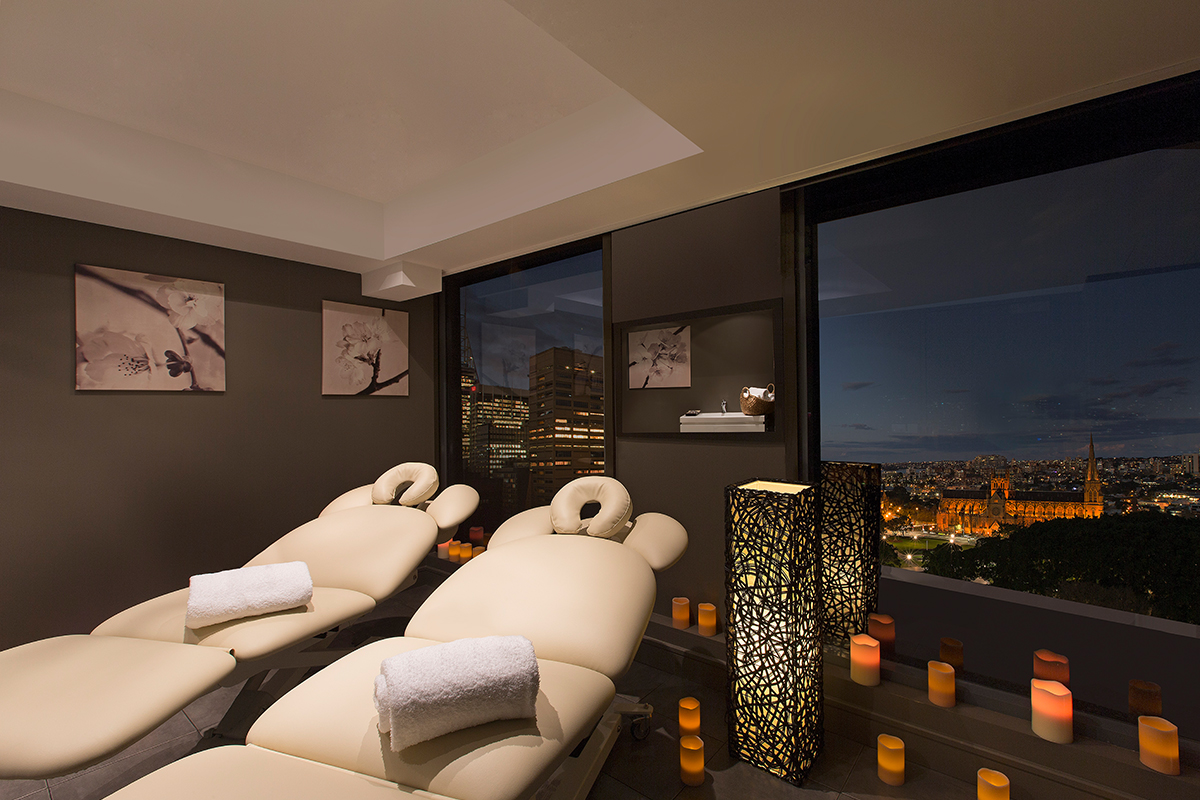 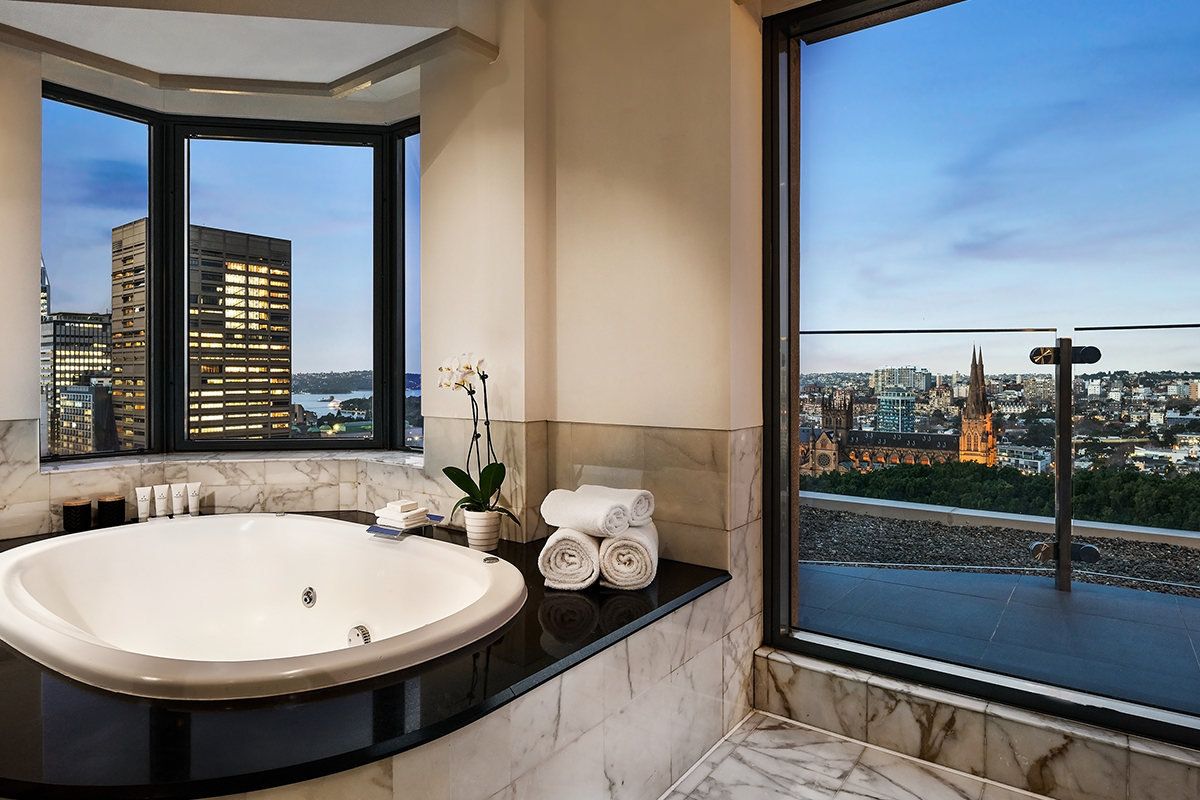 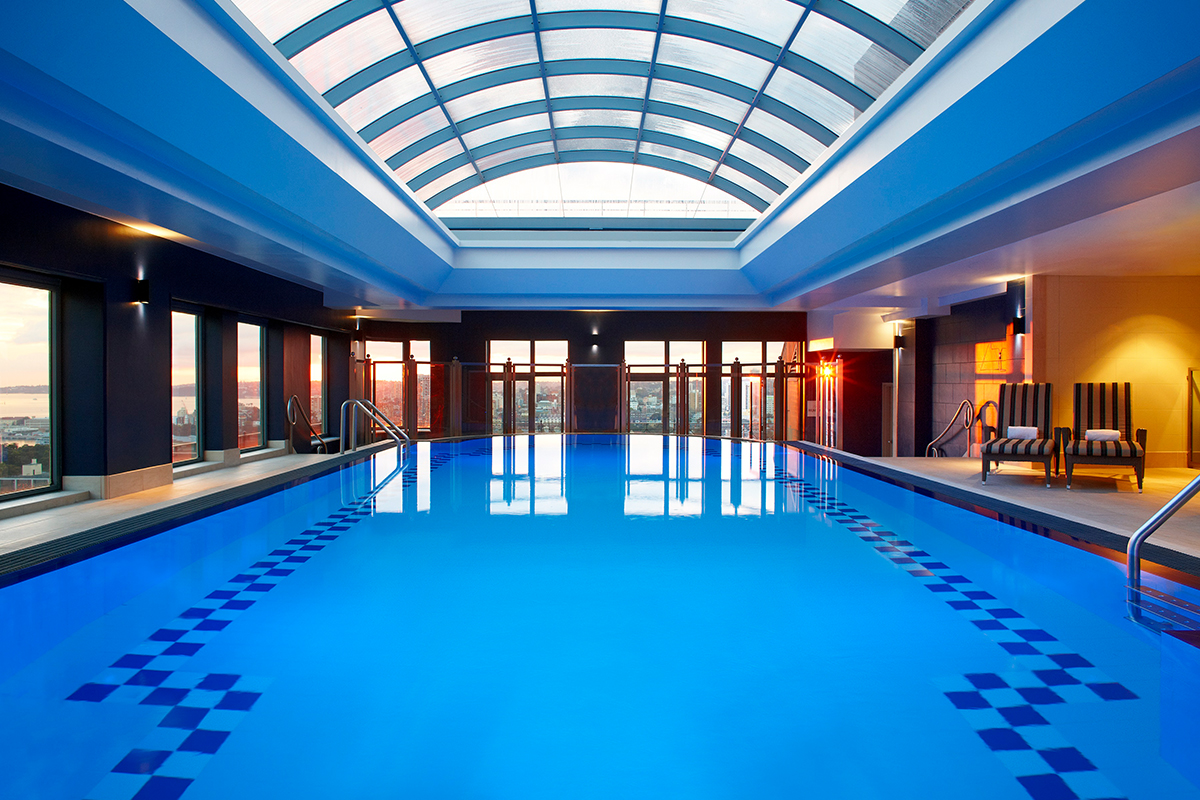 “Hyde Park is reflected in all aspects of the hotel’s design,” Fraser says. “The space has really come to life.”

“When you walk in, you feel like you’re home. We have people who spend 200 nights a year here, so we’ve got to make it comfortable for them,” – David Fraser

Ascend a few levels to the bedrooms to discover that the somewhat uninspiring neutral tones of old have been replaced with gentle hues of green and grey to create a refined residential atmosphere for work or relaxation, emphasised by the extravagant floor-to-ceiling leather bedheads and plush fabric chaise lounge.

The original imported Italian marble bathtubs remain while 30 of the rooms also feature beautiful balconies overlooking the leafy canopy of Hyde Park through to the uninterrupted skyline across to Woolloomooloo Wharf and St Mary’s Cathedral. 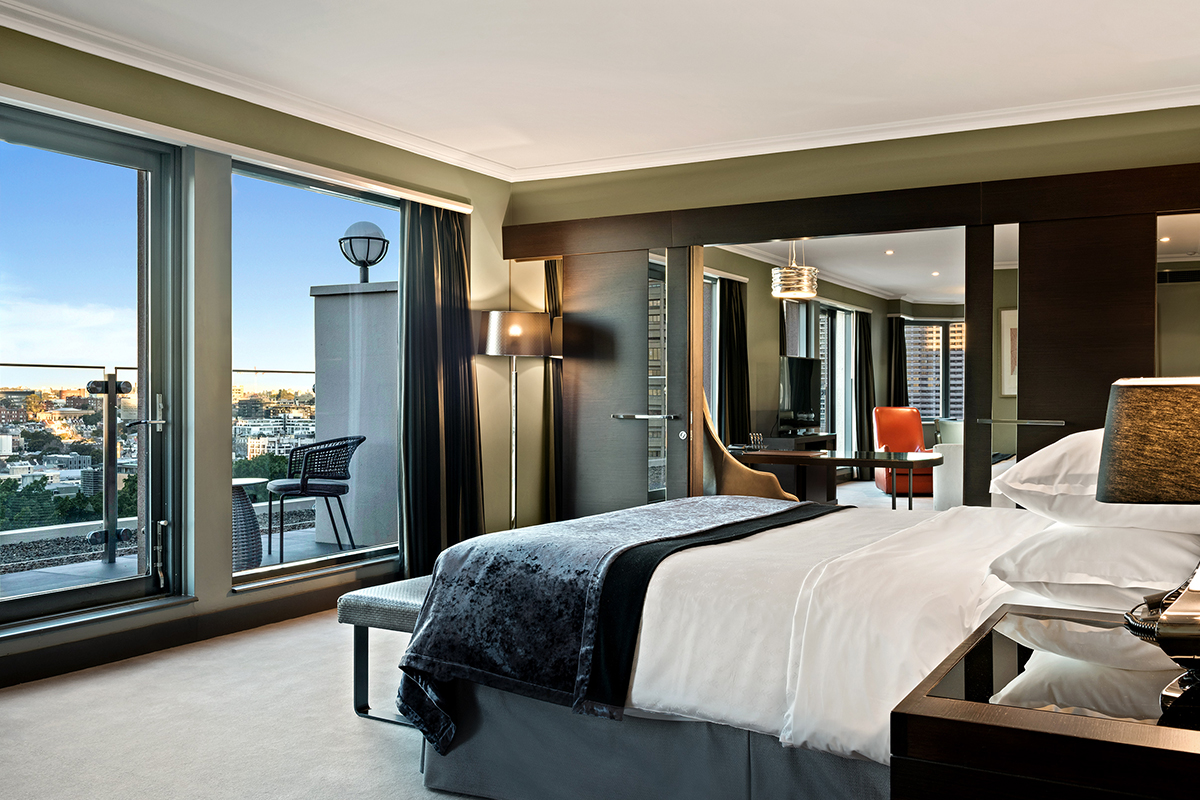 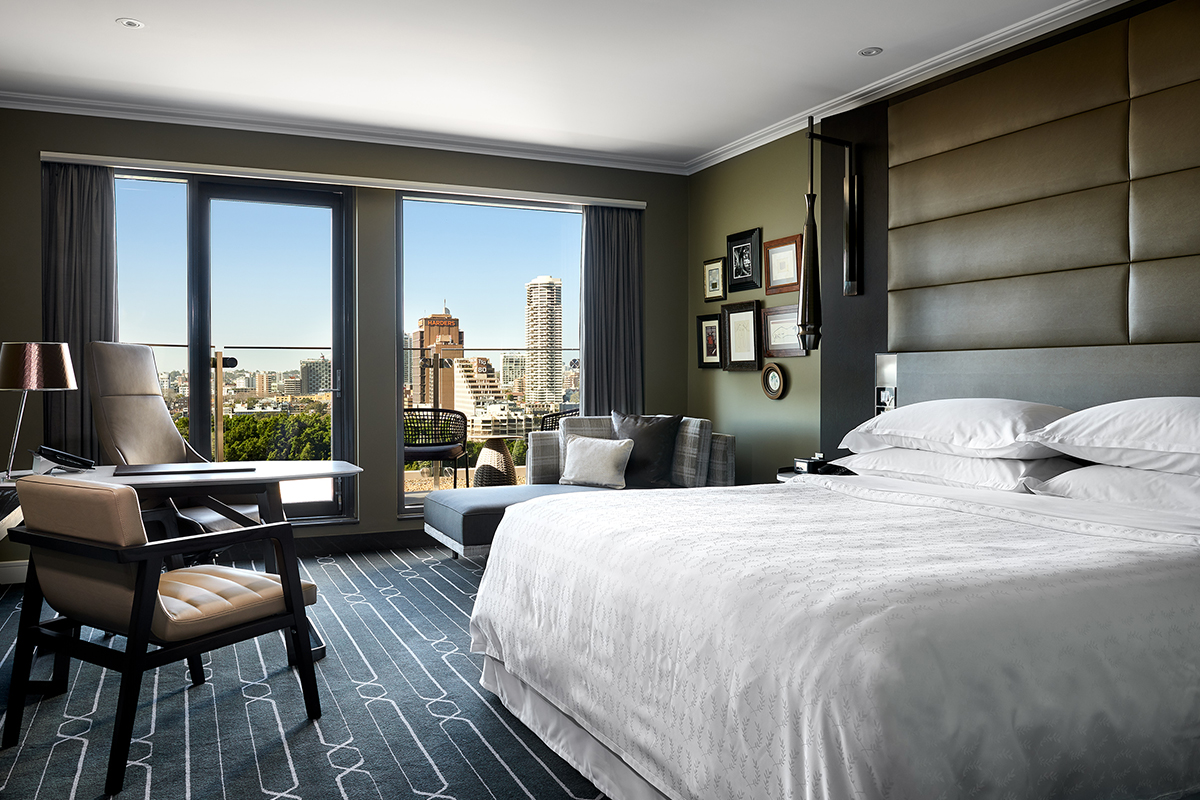 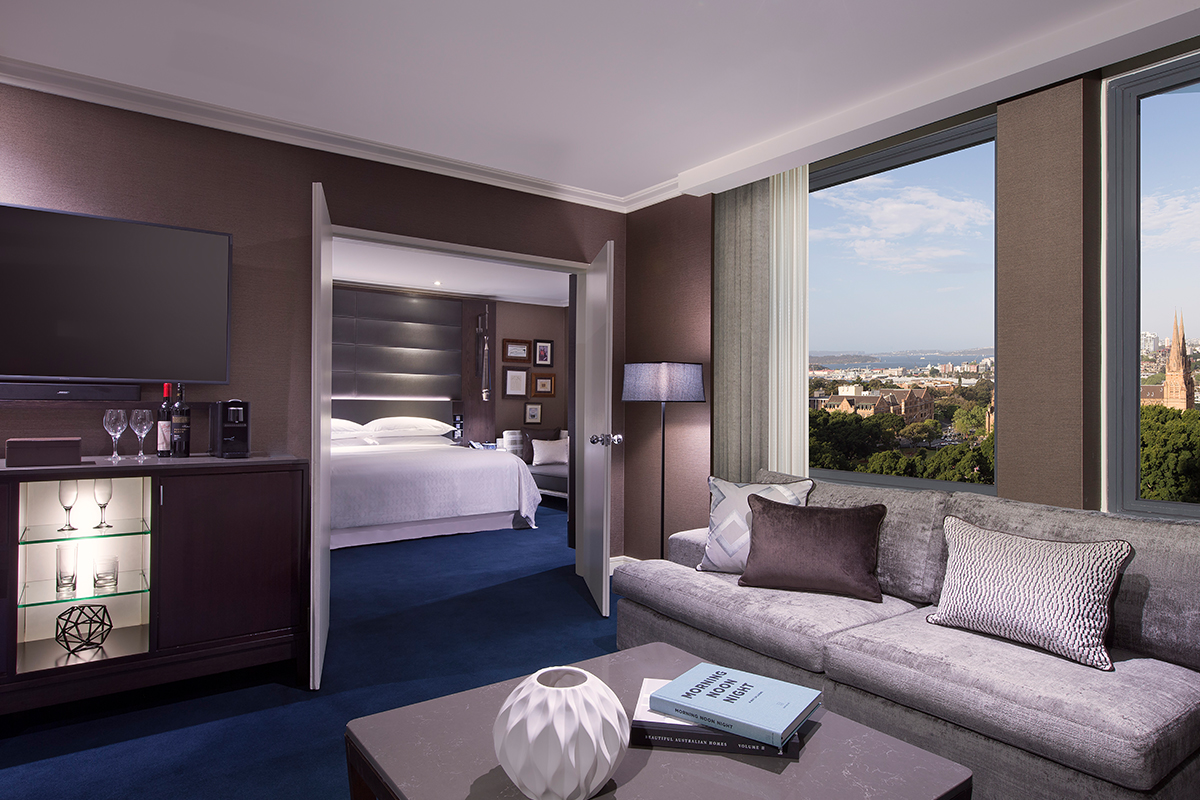 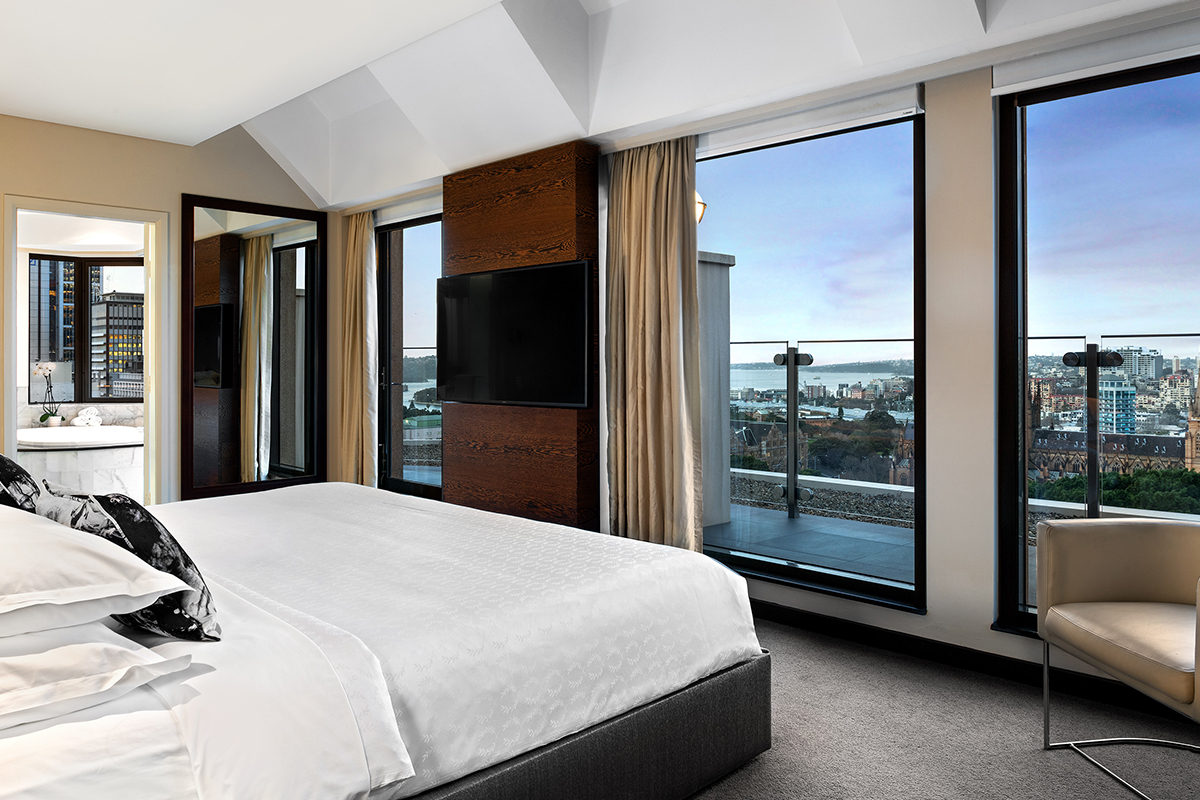 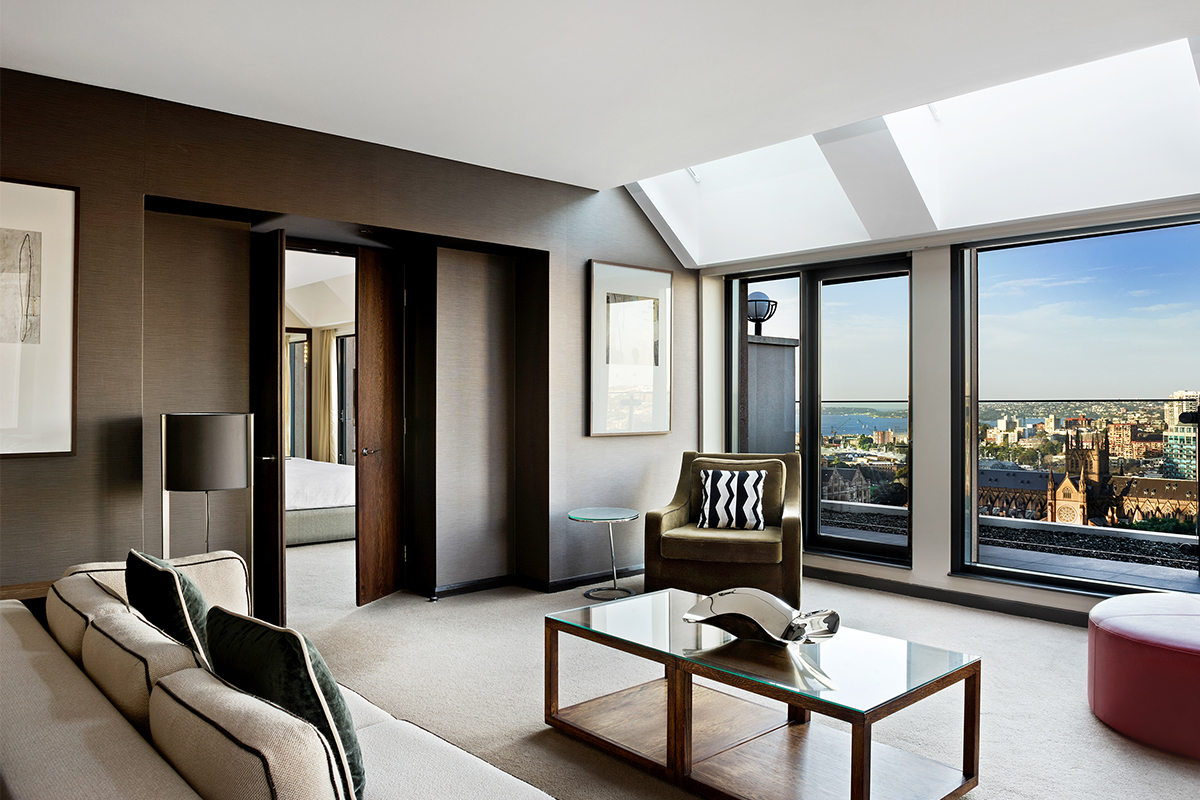 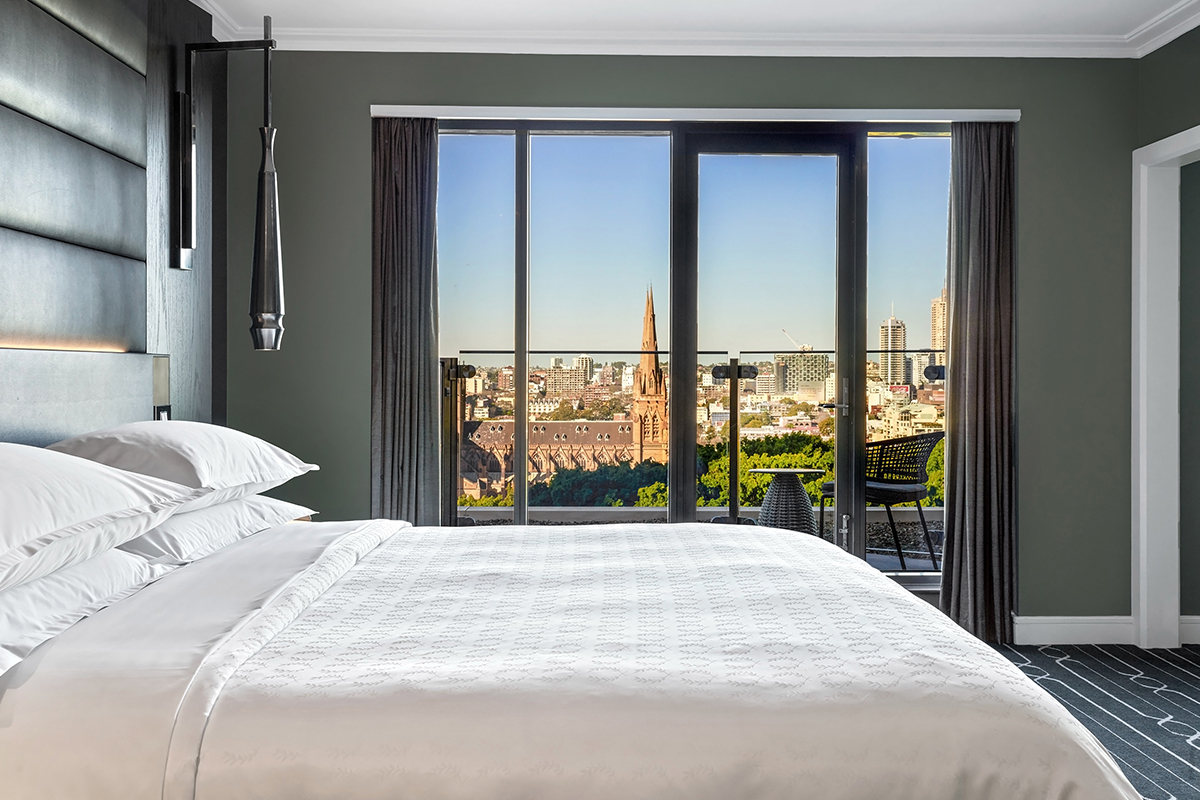 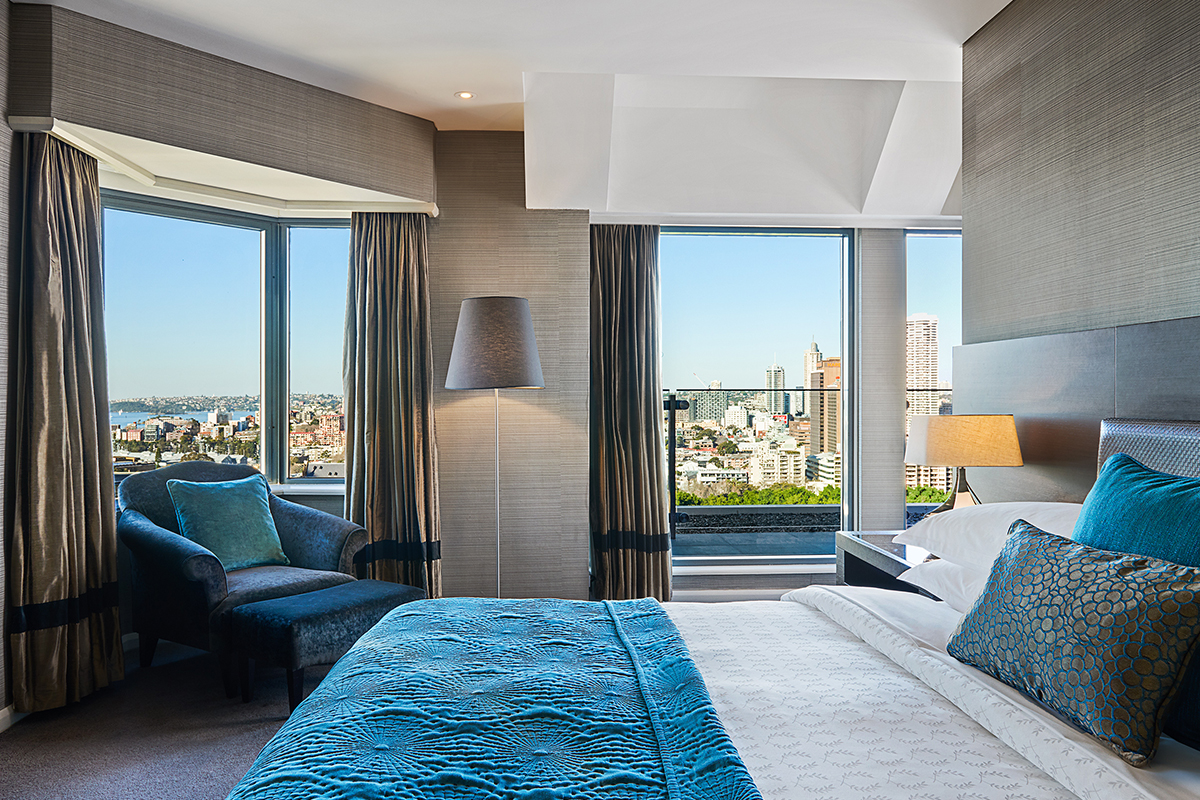 “When you walk in, you feel like you’re home,” Fraser told The CEO Magazine. “We have people who spend 200 nights a year here, so we’ve got to make it comfortable for them.”

All 558 of the hotel’s rooms were renovated over 18 months including the 50 prestigious suites – the highest number of suites for any hotel in Sydney – which have provided international celebrities including George Michael, Michael Jackson and Paris Hilton a luxe place to sleep.

The Royal Suite – American musician Lady Gaga’s favourite – was given the golden title of Australia’s Leading Hotel Suite at the prestigious 25th annual World Travel Awards in Hong Kong this year while the hotel itself was named Australasia’s Leading Hotel.

Decked out in bubinga bark imported from the US, and a rooftop spa and swimming pool with a glass ceiling, luxury oozes from the ground floor up.