Enjoy the luxuries of a boutique hotel with the flexibility to stay on your own terms – and without harming the planet. In this exclusive interview, room2’s Co-Founder and Managing Director Robert Godwin talks values, perseverance and delivering change through collaboration. On the surface room2 Chiswick, located in West London, appears like any other design-led hotel with its bespoke handcrafted furniture, William Morris prints and modern facilities.

However, there are two key aspects that distinguish it from other hotels, as it strives to differentiate itself from the soulless luxury accommodation suites that abound.

The first is the hometel concept, which combines the freedoms you’d have at home with an Airbnb meets hotel experience with all the services you’d anticipate when staying away. With mattress menus, in-room kitchens and flexibility around the length of your stay and whom you decide to bring – furry friends are catered to – Lamington Group’s UK-based hometels offer a unique proposition that accommodates a variety of needs while providing its guests with the feeling of living there as opposed to staying for a night. 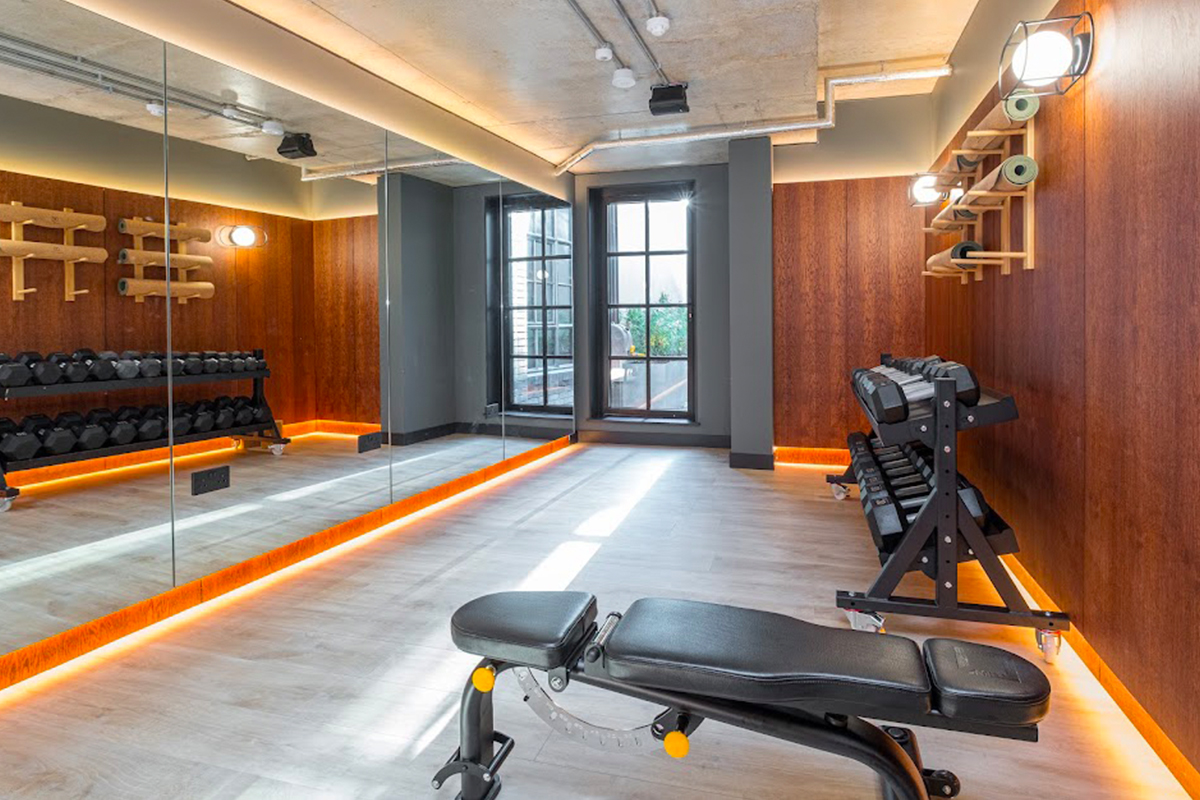 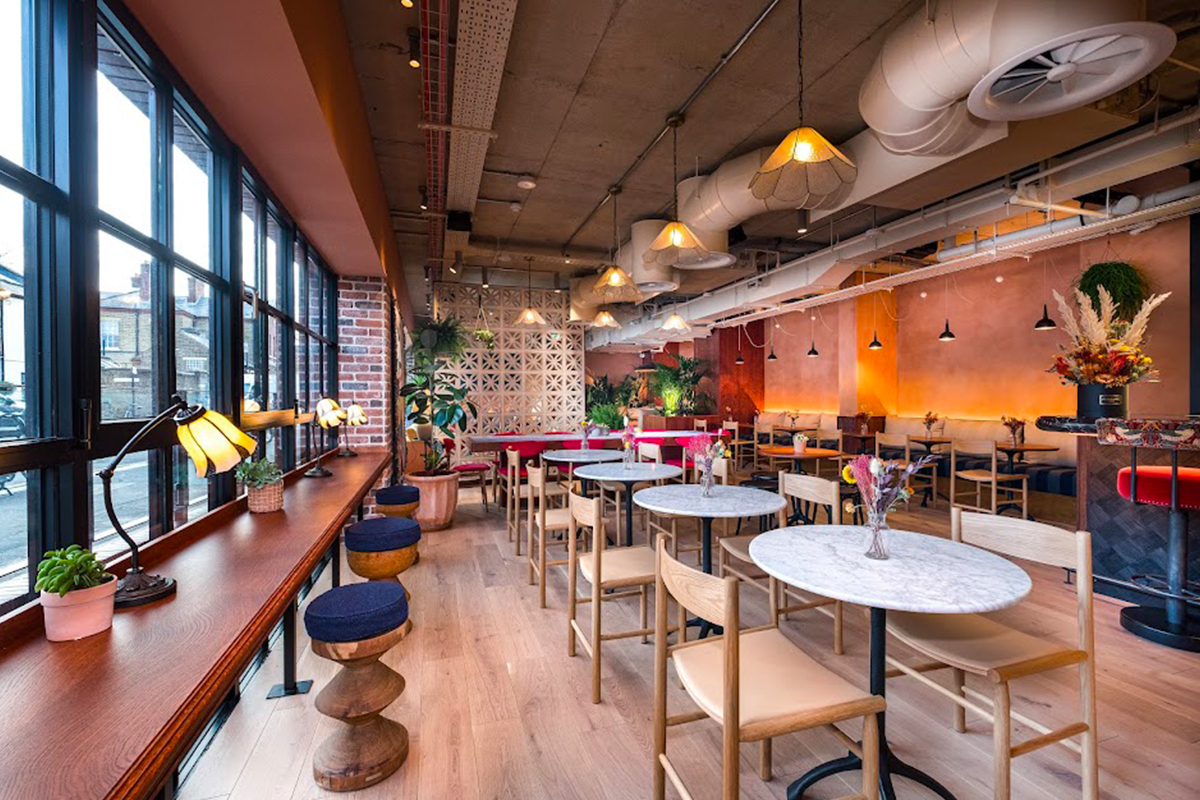 Across its ever-expanding portfolio is a commitment to only develop and operate whole-life net-zero carbon hotels, which takes into account the entire carbon footprint and impact on the environment that a building has across its operations, construction, maintenance and eventual demolition. It’s the first hotel company in the world to set a ‘whole life’ building standard and consider its entire carbon footprint.

“Whole life net zero means we have taken into full account our emissions and are not contributing further to climate change,” Godwin explains.

However, like any pioneering move, Chiswick’s opening in December marks a significant milestone that has not been without its challenges.

“As you would imagine, creating the world’s first fully net-zero hometel was no mean feat,” Godwin confesses. “A building that includes a 200-metre-deep ground source heat pump, solar panels, runs on 100 per cent renewable energy and uses electricity only (no fossil fuels) doesn’t come without its challenges.”

As a result, guests can expect all the luxuries they would normally encounter in a serviced apartment, but will depart leaving a zero-carbon footprint trail behind them.

“As a millennial, I am one of many who have grown up with a greater respect and appreciation for our planet, and so I have chosen not to contradict my values while growing this business, in order to look back and know I did my bit.” – Robert Godwin

“It took a team effort to achieve BREEAM Excellent certification and operate at 89 per cent more energy-efficient than the average UK hotel. Having purchased the site in 2014, it has taken multiple rounds of planning and pushback from locals to get to where we are today, but it’s all been worthwhile.”

For the Co-Founder, it was a family holiday to South Africa, where he witnessed the impacts of climate change on wildlife and nature and people and communities, that put him on the path towards taking decisive action.

“I started to immediately explore more around climate change and how our business could make a positive impact,” Godwin says. “There was no-one in our sector globally to look up to, who was fully accounting for their greenhouse emissions, and I remain surprised about this. So we set about creating and publishing a detailed road map for our group of companies to achieve net zero by 2030 using science-based targets.”

Interestingly, despite buildings responsible for 40 per cent of global greenhouse gases, the hotel industry is still lagging behind in its environmental accountability.

“Many hotels claim to be sustainable but are often not doing as much as they could be, whether that’s the products used or supply chain through to the operational methods,” Godwin explains. “I appreciate that not every hotel can retrofit installations such as heat pumps and solar panels, but they can change their operational carbon impact. Eco swaps could include sending zero waste to landfill, buying renewable energy, using sustainable suppliers and offsetting.”

Using your values to guide decision-making 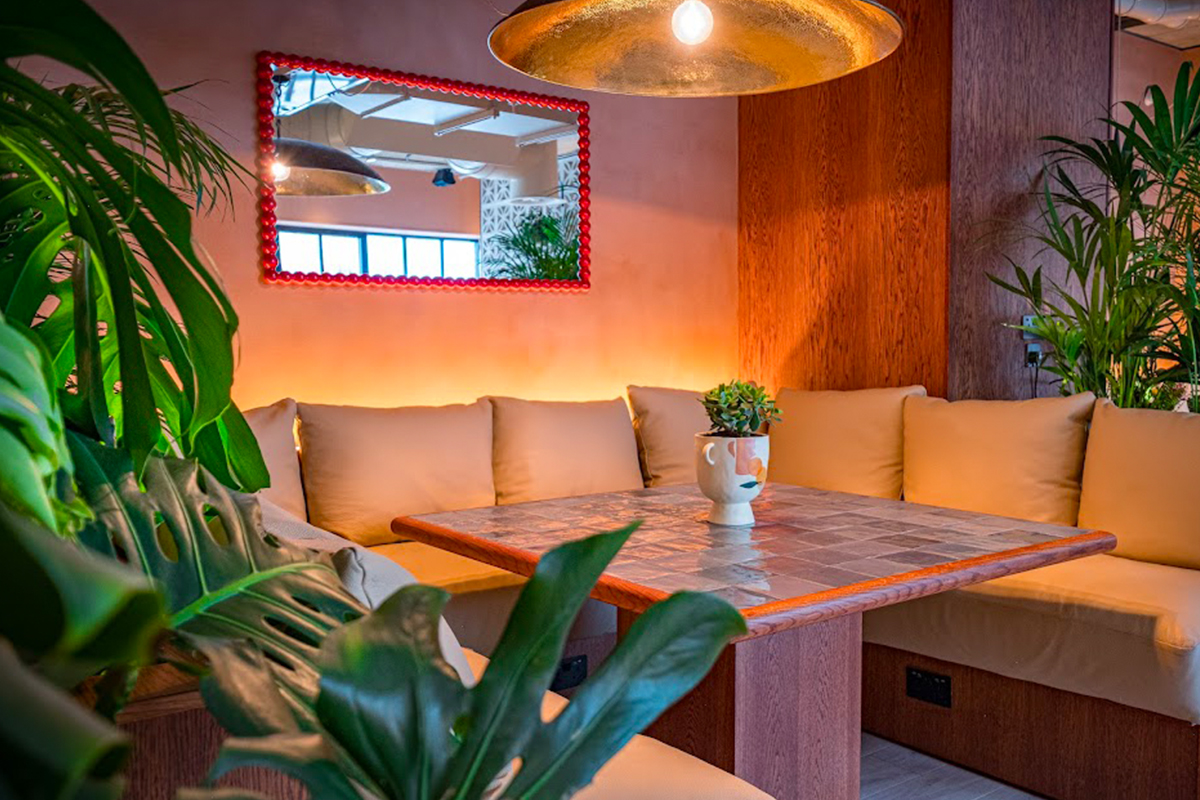 Despite having a vision to have 5,000 rooms available for guests by 2030, as the company looks to further expand in the UK and then abroad, Godwin intends to continue aligning his personal values with the business and its partnerships as a kind of moral compass.

“As a millennial, I am one of many who have grown up with a greater respect and appreciation for our planet, and so I have chosen not to contradict my values while growing this business, in order to look back and know I did my bit,” he affirms.

Godwin also explains how the impacts of choosing to collaborate with sustainable manufacturers and suppliers had an unexpected ripple effect. “Interestingly, we have caused discussions at board level from some of the largest UK suppliers once we told them we would be switching away, and that is the start of industry change, which we are proud to be a part of.”

While room2 Chiswick has already won the hearts of the eco-aware population, its audience is only expanding as sustainability becomes a growing consideration for people’s stays.

“The hometel offering has proved very popular and our target audience has actually expanded from what we first envisioned. Our guests are local, national and international, some staying with us on business while working on projects, others relocating and some staying for a leisure weekend.”

The building is powered primarily by electricity, which eliminates the need to burn any fossil fuels.

Energy is generated by onsite solar panels and ground source heat pumps and offsite from wind, solar and hydro sources.

The showers are designed to deliver more pressure with 40 per cent less water.

The heat pump below the hometel is used to heat and cool the building. The 200-metre-long loops extract heat energy from the earth and draw it to the heating and water system, which can also work in reverse to cool the building. This system is 36 per cent more efficient than traditional energy generation systems, according to Godwin.

Solar panels on the roof of the building account for five per cent of the hometel’s annual energy demand.

Room lighting and heating systems will only operate in occupied rooms to avoid wasting resources. This means that lights will automatically switch off when you leave the room.

To better understand how guests use the rooms in terms of energy consumption, the hometel is equipped with two lab rooms for the purpose of further reducing energy over time.

All the custom-made furniture was manufactured from natural, recycled or reclaimed materials sourced within 16 kilometres, and to counteract the environmental impact, more than four thousand trees were planted.

The courtyard garden provides fresh herbs that are used to flavour meals.

Room2 Chiswick has a zero-waste policy where all waste is either recycled or turned into energy. The custom-made 3-in-1 recycling bins for guests separate food waste from mixed packaging, ensuring that nothing ends up in landfill.

The blue roof, which rests underneath the green roof, is designed to collect and slowly release up to 50,000 litres of rainwater to reduce the risk of flooding within the local community.

The green roof on the other hand will be covered with wildflowers and foliage to attract pollinating insects and bugs, as well as improve air quality. Godwin also explains that the roof is designed to reduce urban heat by absorbing solar radiation via photosynthesis while insulating the building at the same time. To further improve biodiversity, 75,000 bees are also living on the roof that produce local honey.