It’s been 60 long years since the iconic Jaguar E-type made its debut at the Geneva Motor Show and today, British watchmaker Bremont is celebrating the milestone with the Jaguar E-type 60th Anniversary. 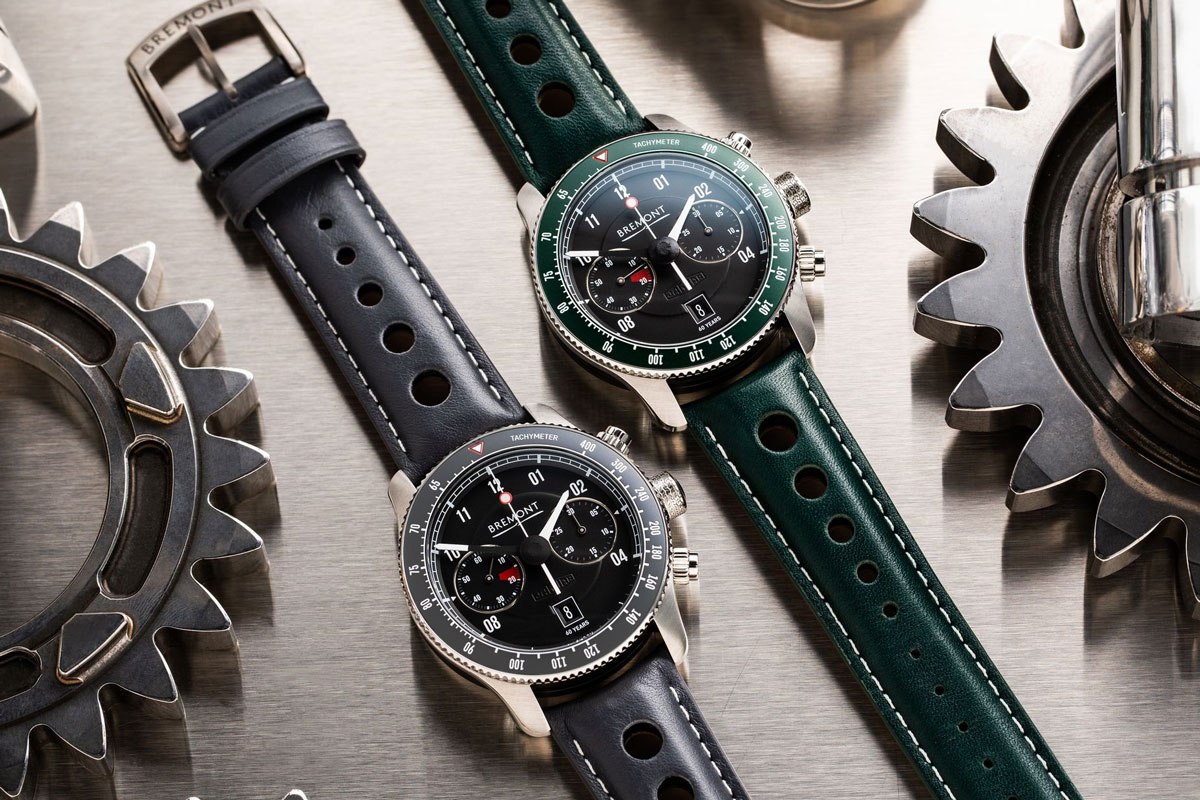 The year was 1961 and it was the first time the iconic Jaguar E-type would break cover to worldwide acclaim. It was during this golden era of sports cars that even Enzo Ferrari, the Founder of Ferrari, would describe the Jaguar E-type as the most beautiful car in the world. Meanwhile, other observers labelled the original models perfect from every angle. The real appeal though was that it was just half the price of its competition at Aston Martin or Ferrari, while still providing matching performance levels with a top speed of more than 240 kilometres per hour.

Fast forward 60 years and that legendary sports car is now being reimagined as a timepiece in the form of the Bremont Jaguar E-type 60th Anniversary. Set within a limited-edition box set, owners of the new watch can choose between one of two coloured bezel chronograph models.

The British watchmaker will release 60 units of the timepiece in green and 60 in grey accompanied by the company’s first ever rally timer. The latter integrates two striking instruments including a stopwatch with a tachymeter on the left and a clock with sub-seconds on the right. These instruments are beautifully fitted to an engine-turned back plate that can be used as either a desktop display or installed into a customer’s car.

The 120 recipients of the watch will also be treated to a driving experience behind the wheel of a genuine E-type model hosted by Jaguar Classic at its Fen End facility in the UK. 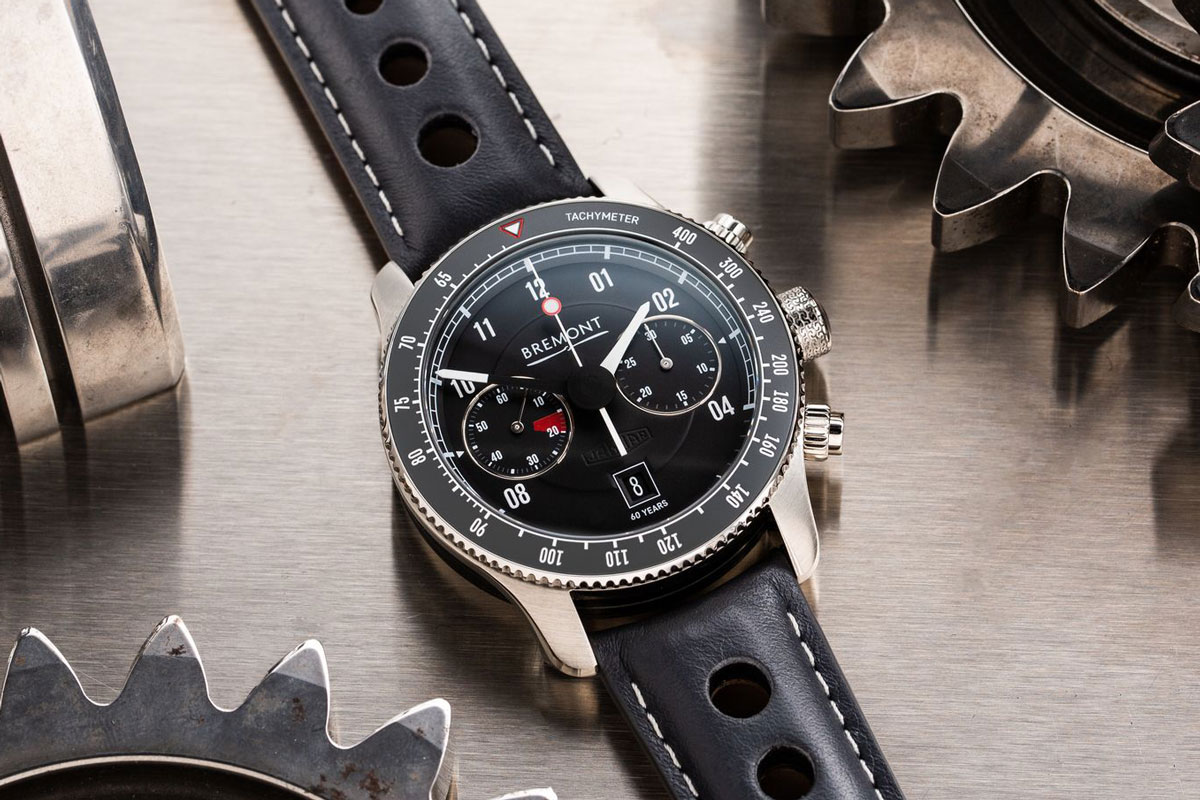 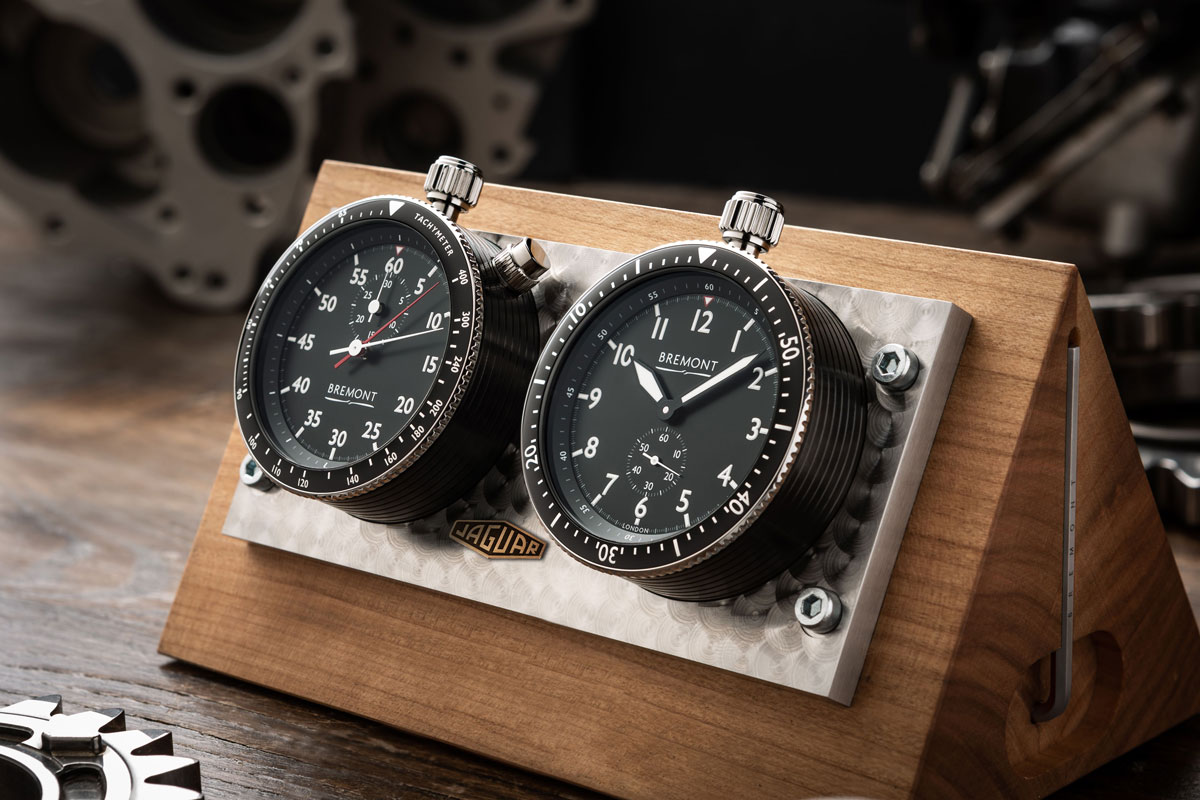 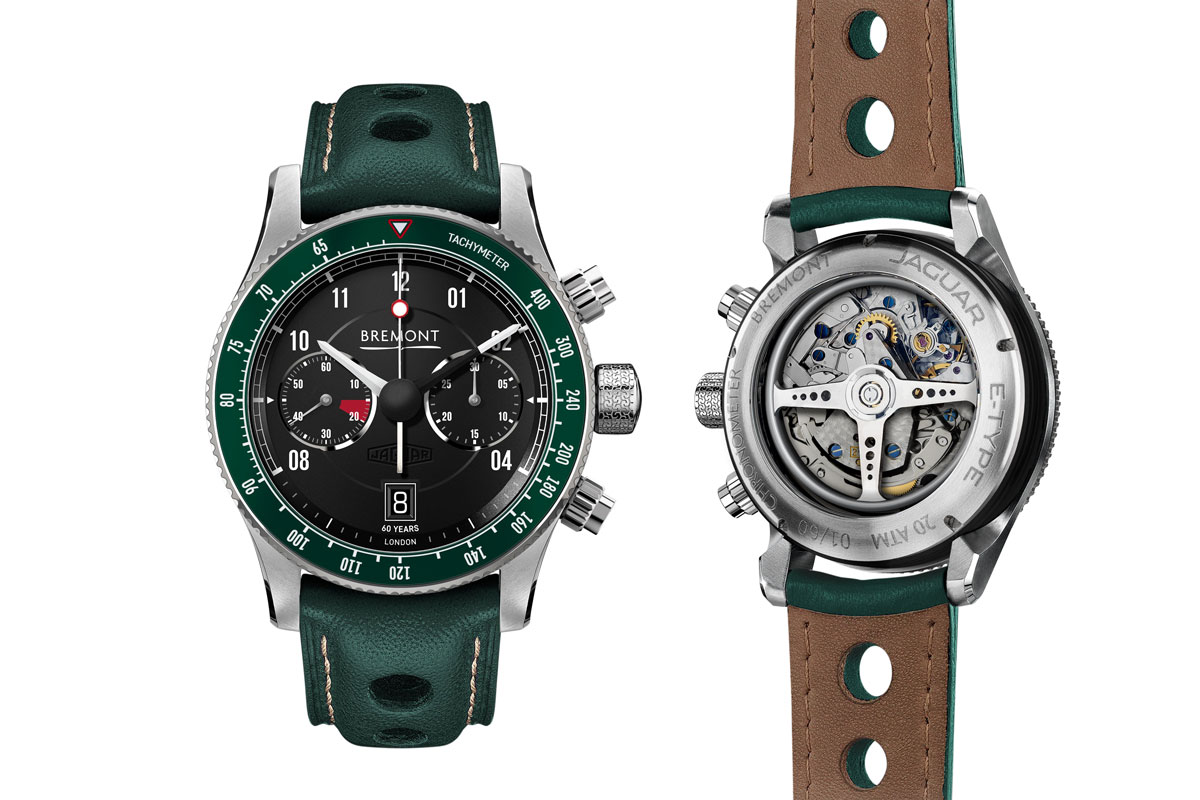 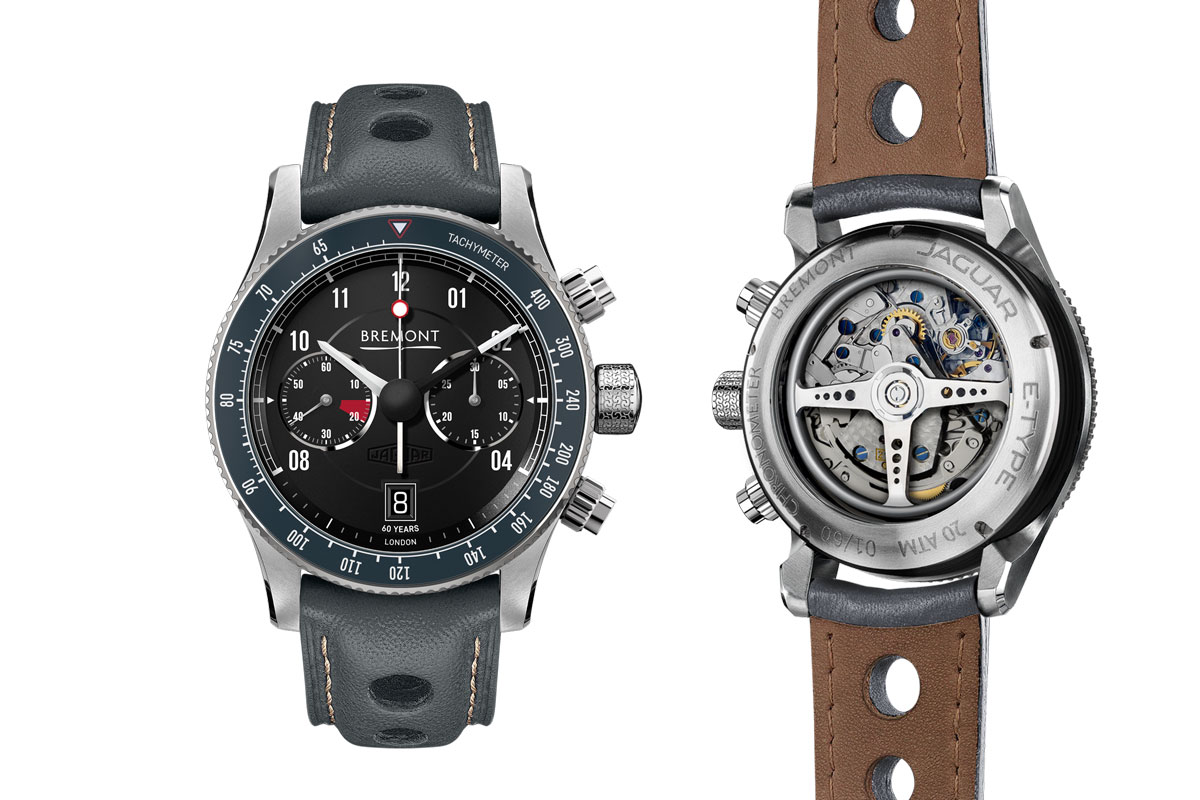 The watch itself features a case crafted from Bremont’s proprietary Trip-Tick case of hardened stainless steel. Set in a 43mm case with a striking black dial that features all the hallmarks of the Jaguar E-type’s own instrument gauges, the watch exudes true motorsport aesthetics from the golden age. Even the chamfered hour and minute hands replicate the car’s tachometer needle, while the bezel and strap colours match the E-type 60th Anniversary edition pantones of ‘Flat Out Grey’ and ‘Drop Everything Green’.

Other finer details include a winding crown engraved with the pattern of the period-correct Dunlop racing tyres fitted to the E-type. On the transparent case back there’s further reference to the car with a winding rotor that replicates the alloy-spoked E-type steering wheel.

The relationship between Jaguar and Bremont is still fresh at a little more than a decade old, but during that time the two names have collaborated on some impressive projects including the advanced Jaguar C-X75 in 2010, for which Bremont developed a unique analogue dashboard clock that aligned perfectly with hybrid supercar’s futuristic performance.

“It has been such a tremendous relationship, with real longevity between the two brands,” said Bremont Co-Founder Nick English.

“Being able to work with Jaguar on the 60th celebration of this iconic car is a real honour. There is so much detail and inspiration to work with on the watch designs and doing our first rally timer is a perfect and fitting tribute.”