1791 was an auspicious year with the discovery of titanium in Cornwall. This also aligned with the earliest founding of Girard-Perregaux. Today, that culminates in the limited-edition Laureato Absolute Ti 230.

It was 1791 when a British clergyman and mineralogist named William Gregor was hunting for minerals in Cornwall. What he’d discover on one faithful foraging day would change the course of the industrial world. Meanwhile, a similar story played out in the same year for German mineralogist Martin Klaproth. In 1791 he would also unearth something special – one of the world’s strongest metals known today as titanium.

Fate wasn’t done yet with the auspicious year of 1791. This marked the same year that Girard-Perregaux’s earliest roots were established in Geneva as a Swiss watchmaker.

Fast forward to today and Girard-Perregaux continues to flourish in the world’s most esteemed watchmaking circles. 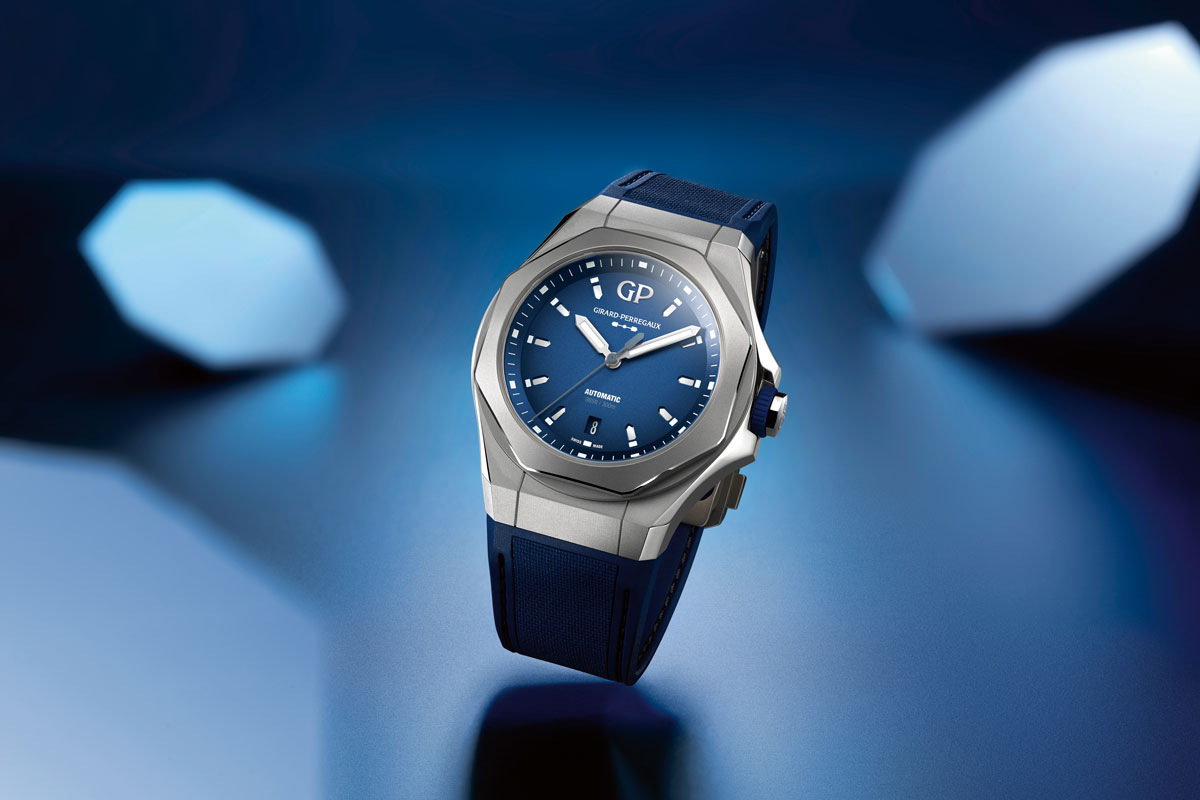 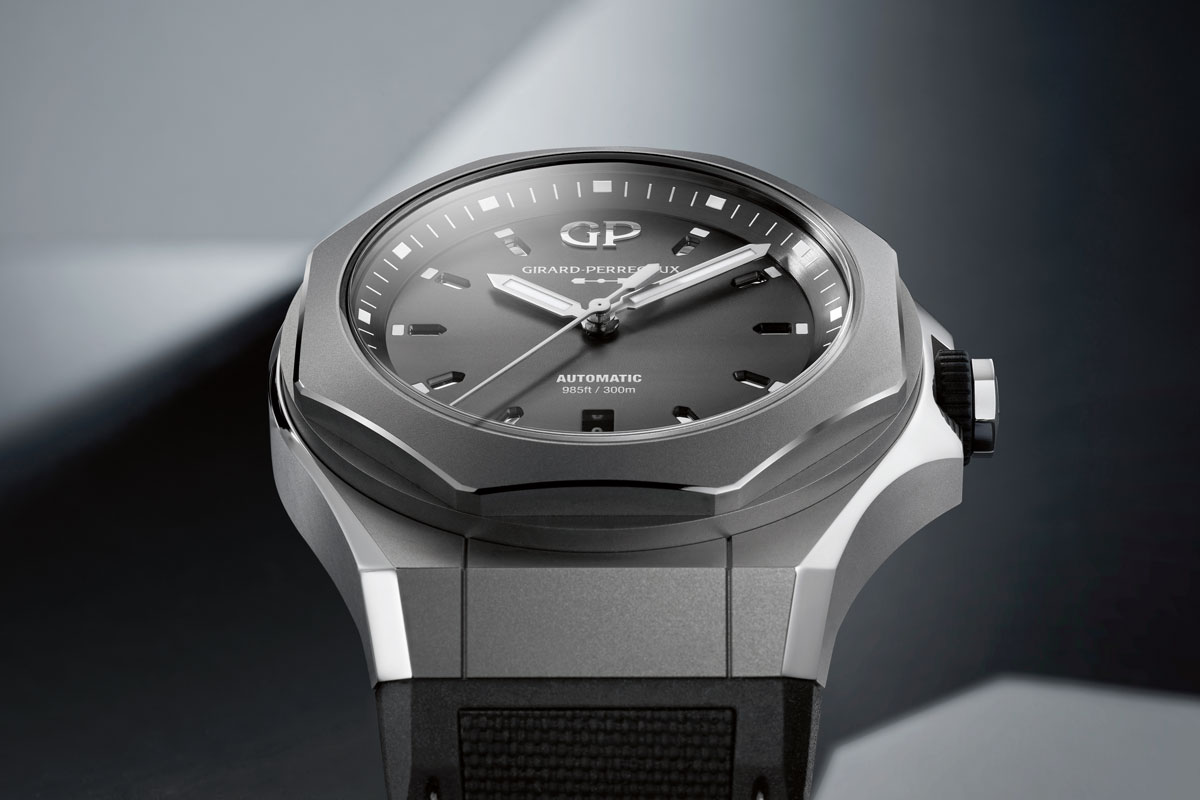 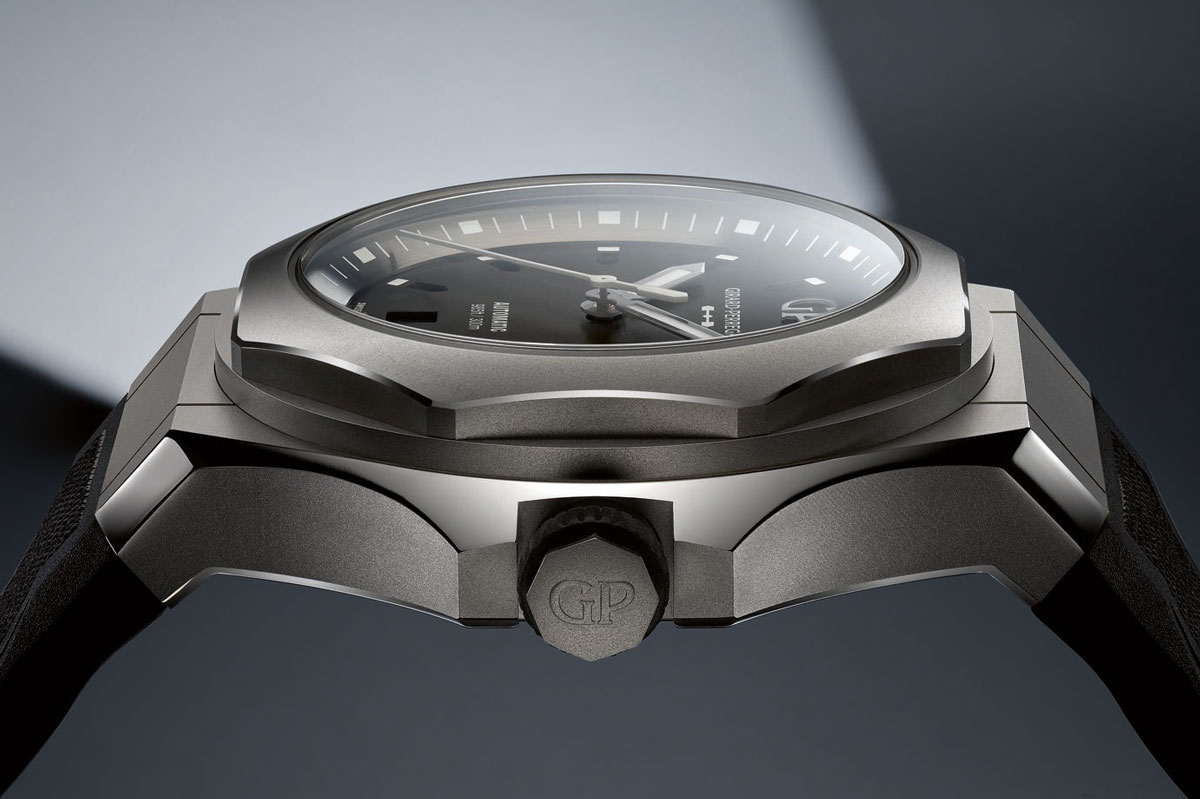 To mark the brand’s 230th anniversary in 2021, the watchmaker has taken one of its most iconic contemporary timepieces, the Laureato, and given it a finish worthy of the accolades of 1791 – a case machined entirely from Grade 5 titanium (Ti 230).

The Laureato model first appeared in 1975 as Girard-Perregaux’s rendition of a luxury sports watch designed to be slim, stylish and functional for active lifestyles. After a long hiatus, the model would return again, bringing with it many different variations from the classic time and date models to perpetual calendars and even a Tourbillon.

Today’s Laureato Absolute Ti 230 continues and extends the name’s reputation for delivering a robust and sporty timepiece made for the most demanding environments. The sizable 44-millimetre case is finished in strong and ultra-lightweight titanium, which also boasts anti-corrosion properties. It is intricately machined alongside an octagonal bezel that showcases the marriage of both matte sandblasted and polished surfaces. Titanium can even be found in the crown, which features a rubber ring matched to the colour of the rubber strap – the former also features a rubber alloy interwoven with titanium. 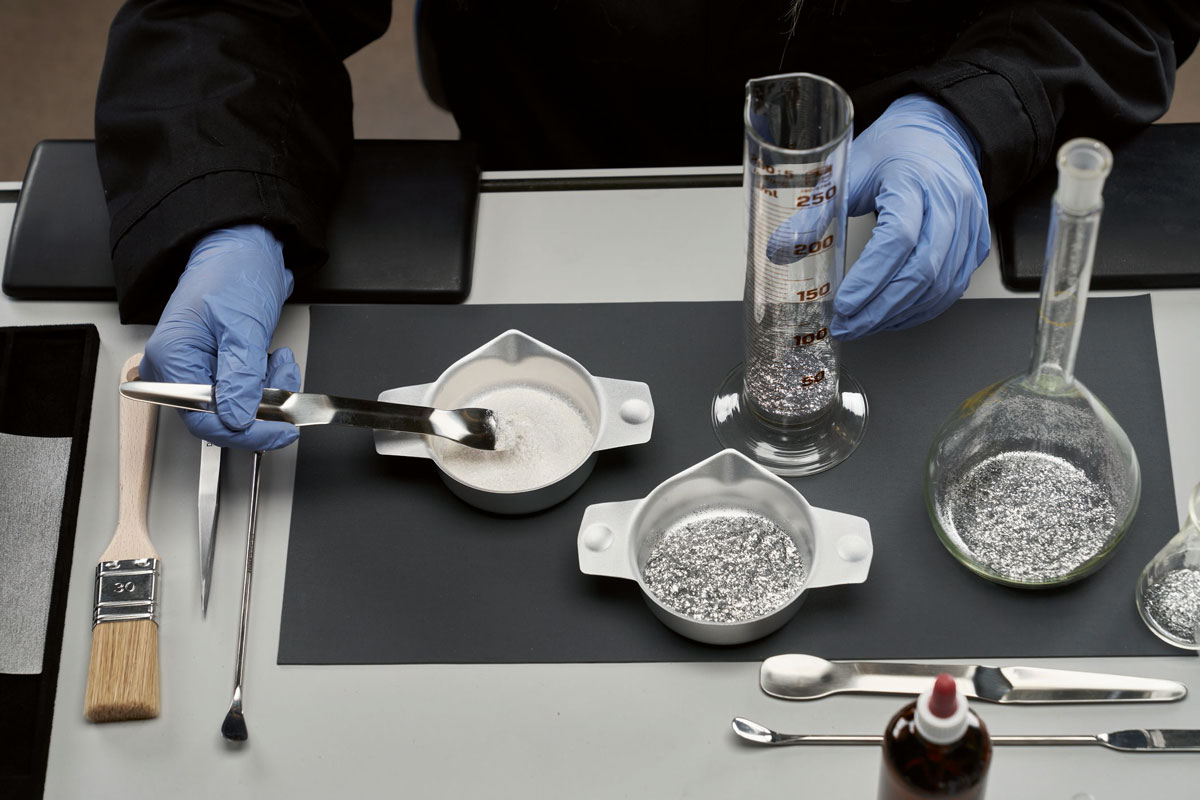 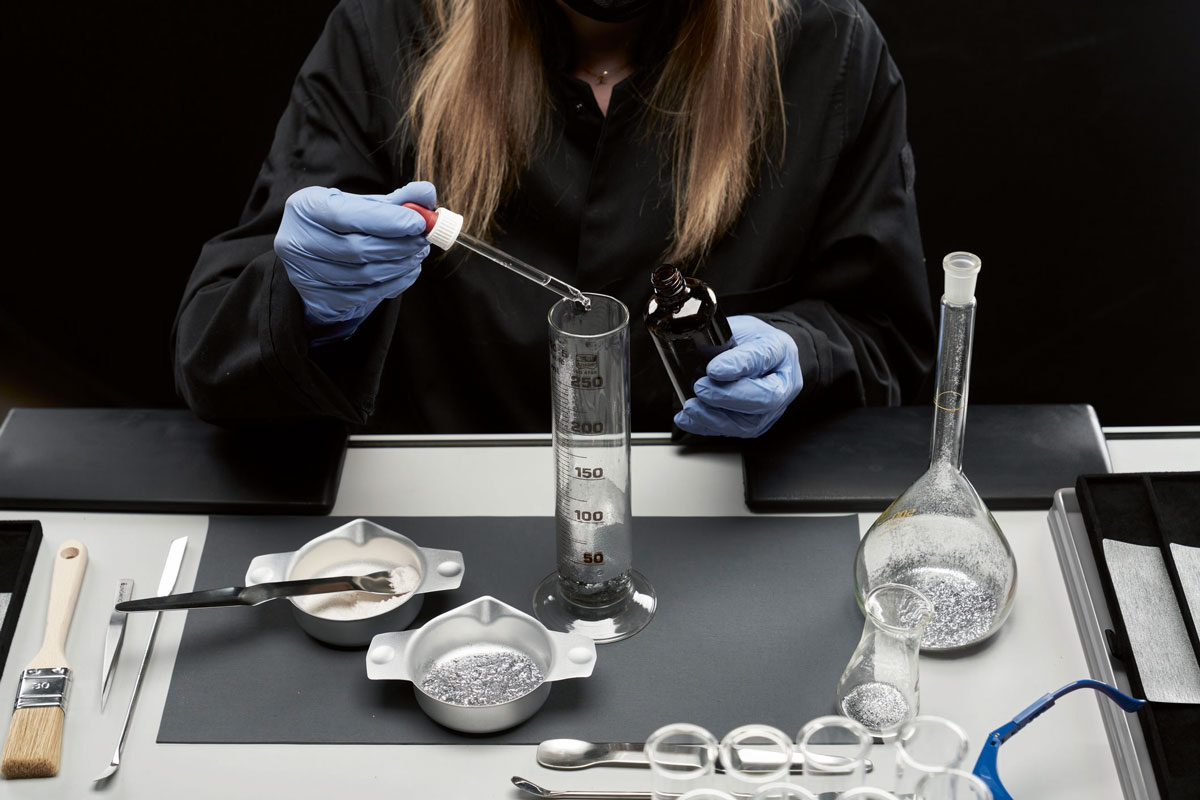 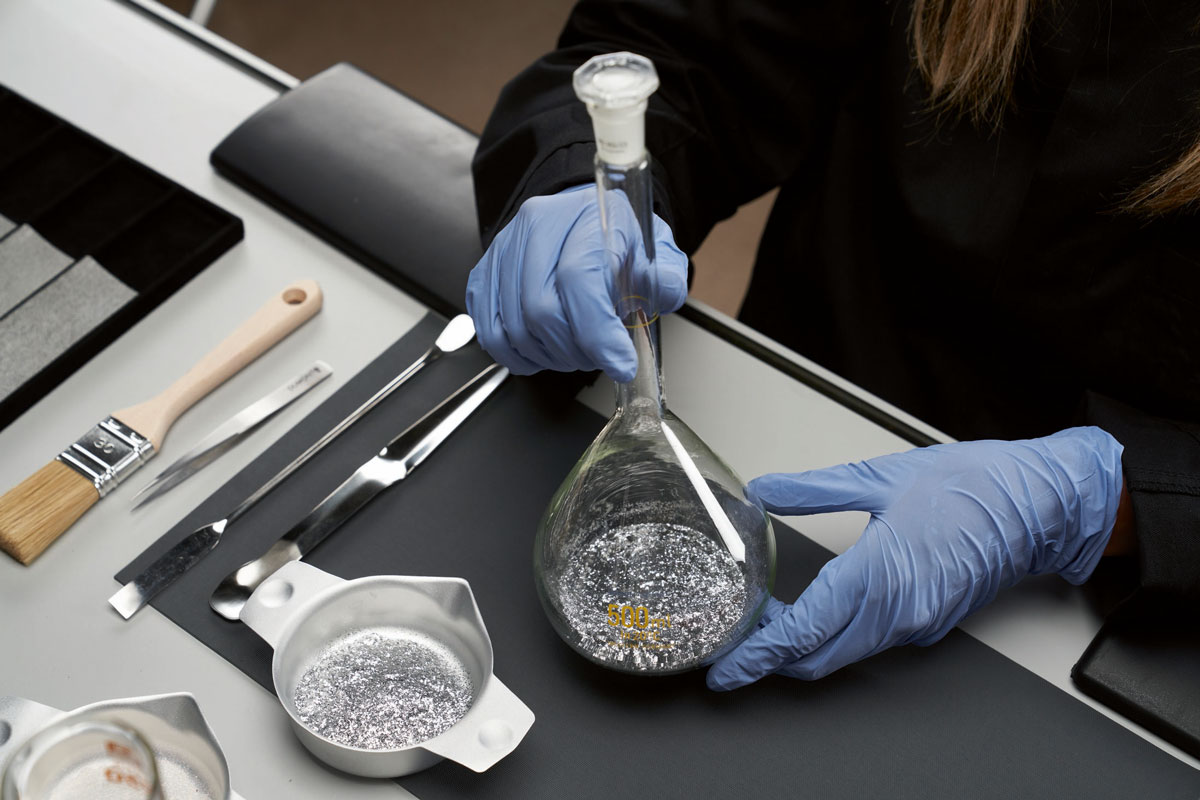 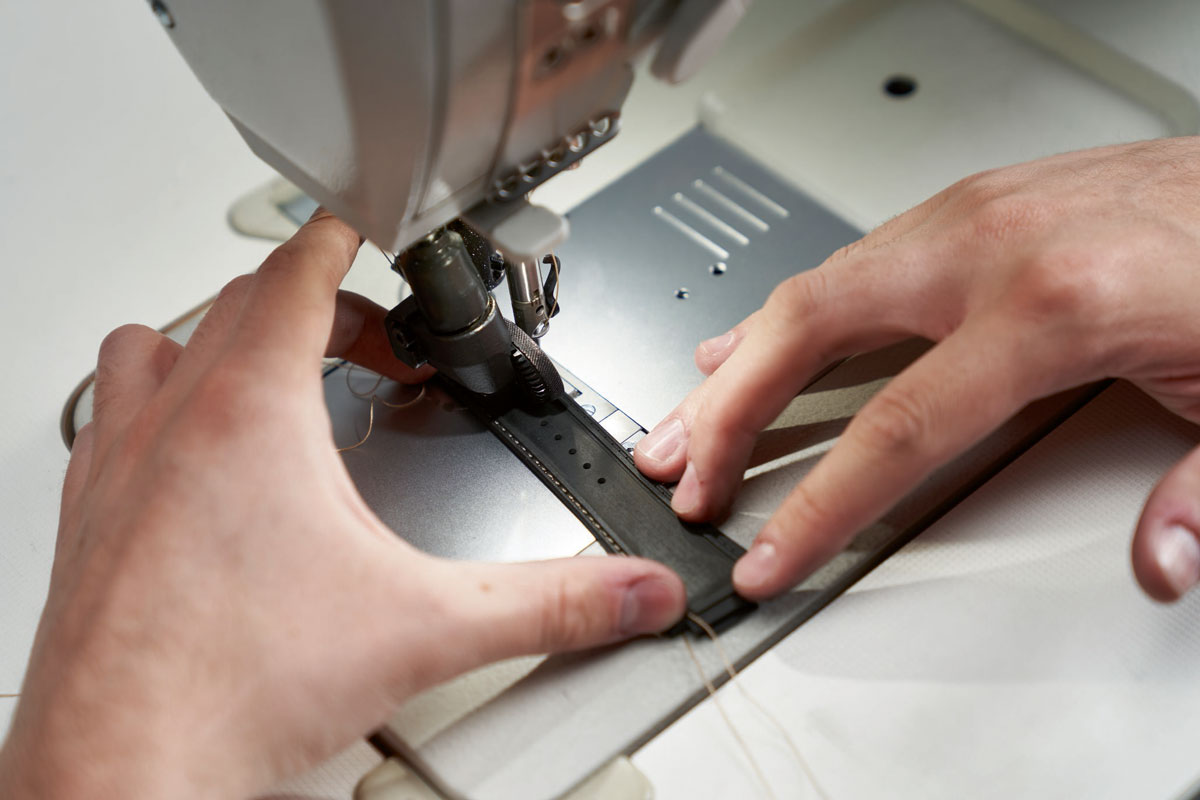 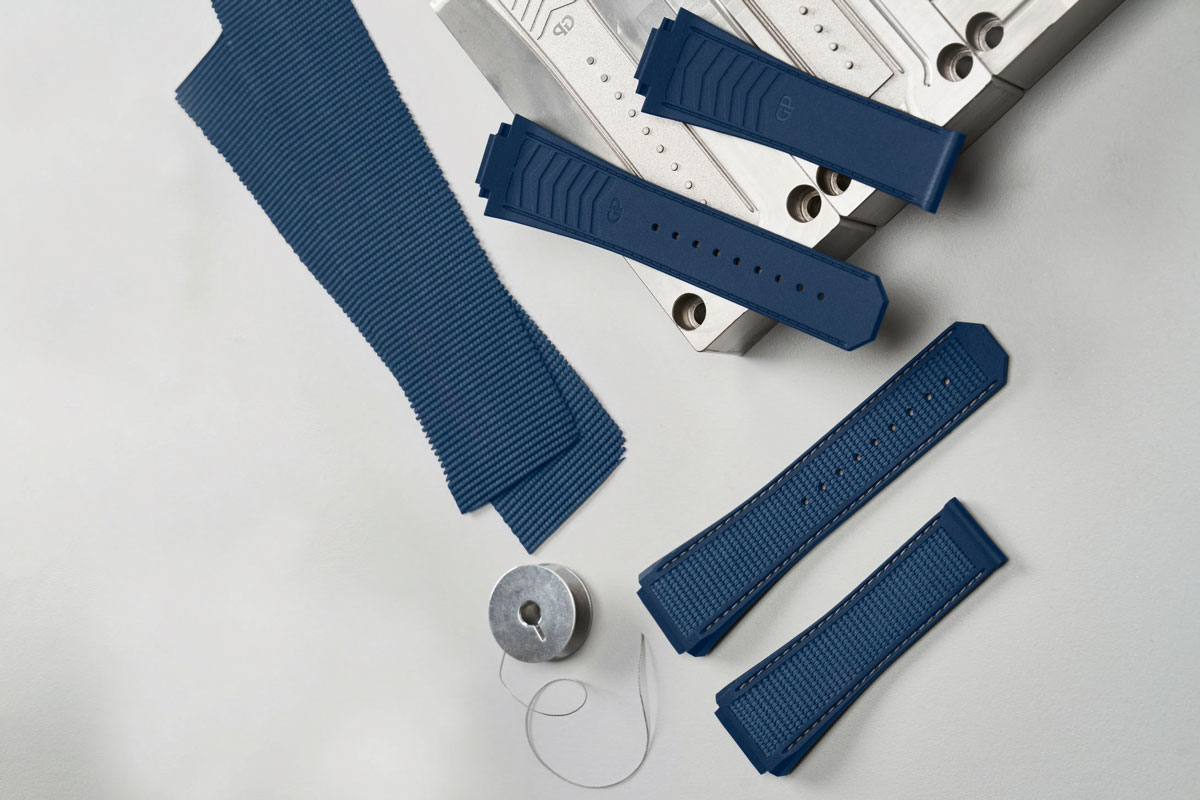 Meanwhile, the dial comes in two masculine hues of grey or gradient blue. It’s a clean design approach that looks simple but is actually quite complex in its layered execution. There’s a sloping flange for the minute scale while the hour indices are actually apertures. This same process is provided for the date window, which is cut out from the dial to reveal the lower luminescent details for a true three-dimensional effect on the wrist.

On the inside, the Laureato Absolute Ti 230 inherits one of the watchmaker’s most robust movements in the Calibre GP3300, which provides hours, minutes, date and seconds functions. Its power reserve, meanwhile, is an impressive 46 hours. As mentioned, the rubber used on this model is also worth noting. The straps feature a world-first rubber alloy interwoven with titanium. Each version of the strap matches with the dial colour for consistency.

A watch marking such an important year doesn’t come regularly. As such, the Girard-Perregaux Laureato Absolute Ti 230 will be limited to 230 pieces in each colour.

Visit Girard-Perregaux to secure your piece of history.