The latest Pilot’s Watch marks the anniversary of Antoine de Saint-Exupéry’s flight from Paris to New York in 1939, a notable feat during the early aviation days. 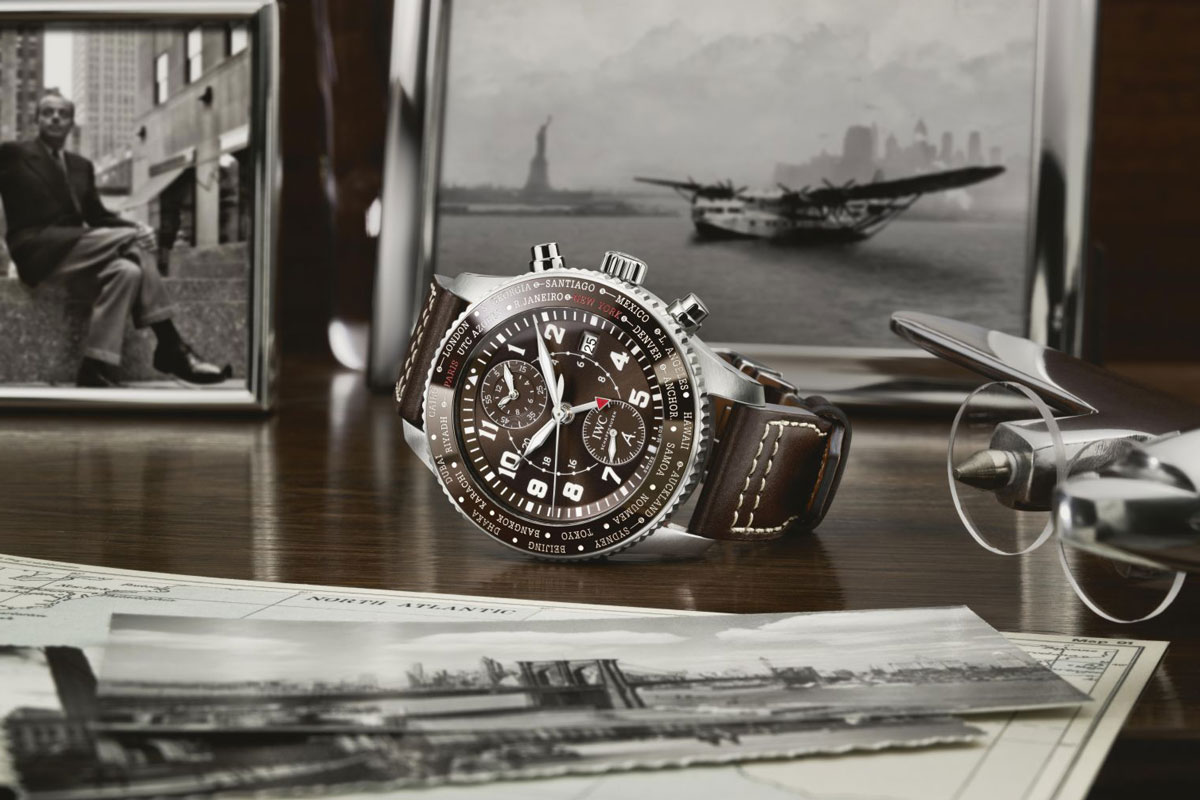 Brown isn’t the easiest colour to execute on a timepiece but when you boast the Swiss watchmaking heritage of IWC Schaffhausen, that design challenge quickly becomes a walk down memory lane.

In its ongoing partnership with the Antoine de Saint-Exupéry Youth Foundation, a charity founded by the family of the famous French pilot who penned Le Petit Prince, IWC has unveiled its latest limited edition: the Pilot’s Watch Timezoner Chronograph Edition ‘80 Years Flight to New York’.

In a limited run of just 80 pieces worldwide, the new Pilot’s Watch marks the 80th anniversary of Antoine’s passenger flight from Paris to New York in 1939 – a notable feat during the earlier aviation days. 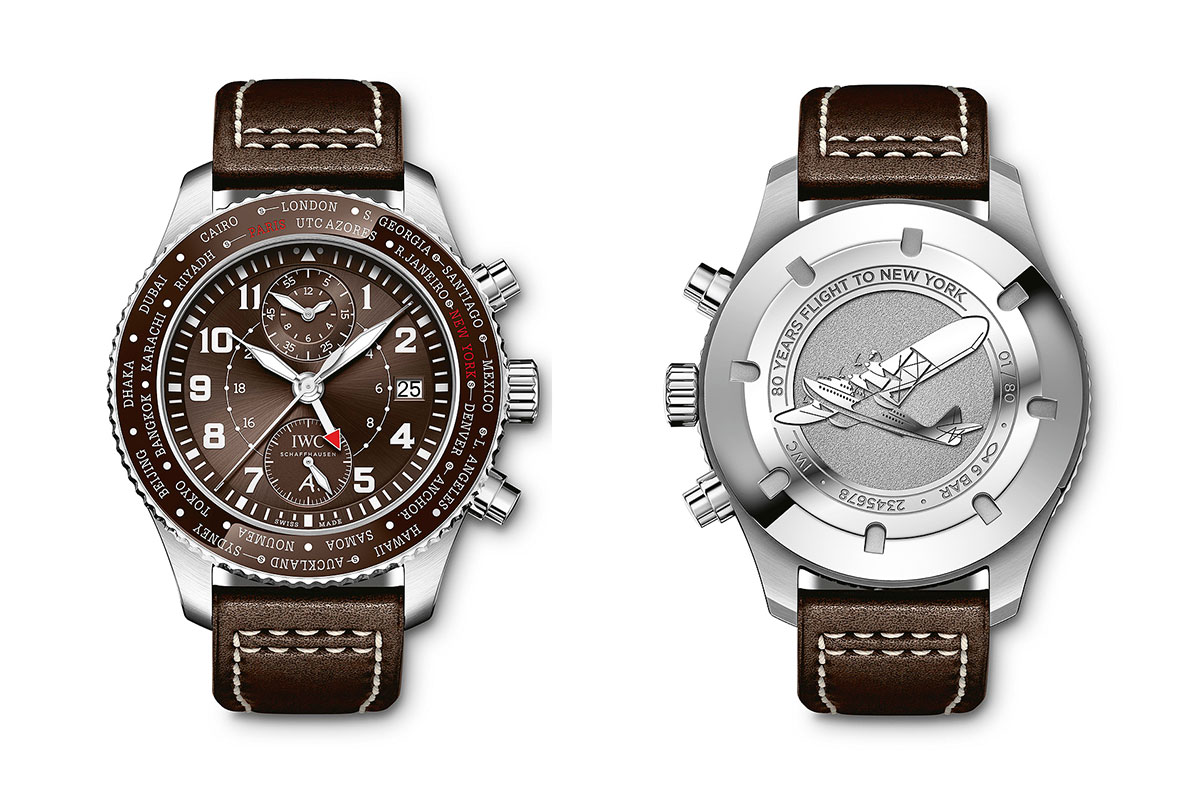 The Timezoner model features the same framework as the 2016 Timezoner release but beyond that, it evokes its own distinct aesthetic thanks to a 46mm stainless steel case teamed with a ceramic rotating brown bezel. The brown is further extended to the dial colour, which IWC says mimics the pilot’s suit of that era. Legibility isn’t lost in low light thanks to luminescent markings. A brown calfskin leather strap with white contrast stitching completes the watch’s external appearance. To help it stand out amongst other Timezoner models, the watch features 24 world time zone cities on the bezel with New York and Paris highlighted in red.

On the inside, the watch features the IWC Caliber 89760, an automatic movement with a patented world time function that can switch time zones and date by simply turning the bezel to a preferred city. Other functions include hours, minutes, seconds, date and chronograph counters at 12 and 6 o’clock.

The movement affords a very respectable 68-hour power reserve and a water resistance rating of 60 metres, while the closed steel caseback wears an engraving of the Latecoere 521 aircraft in which Antoine flew.

The watch is available now and retails for A$19,900. Those interested can make an enquiry online and at IWC boutiques or authorised retailers.