A dynamic partnership between two Swiss names at the pinnacle of their game culminates in the Omega Speedmaster Dark Side of the Moon Alinghi edition. 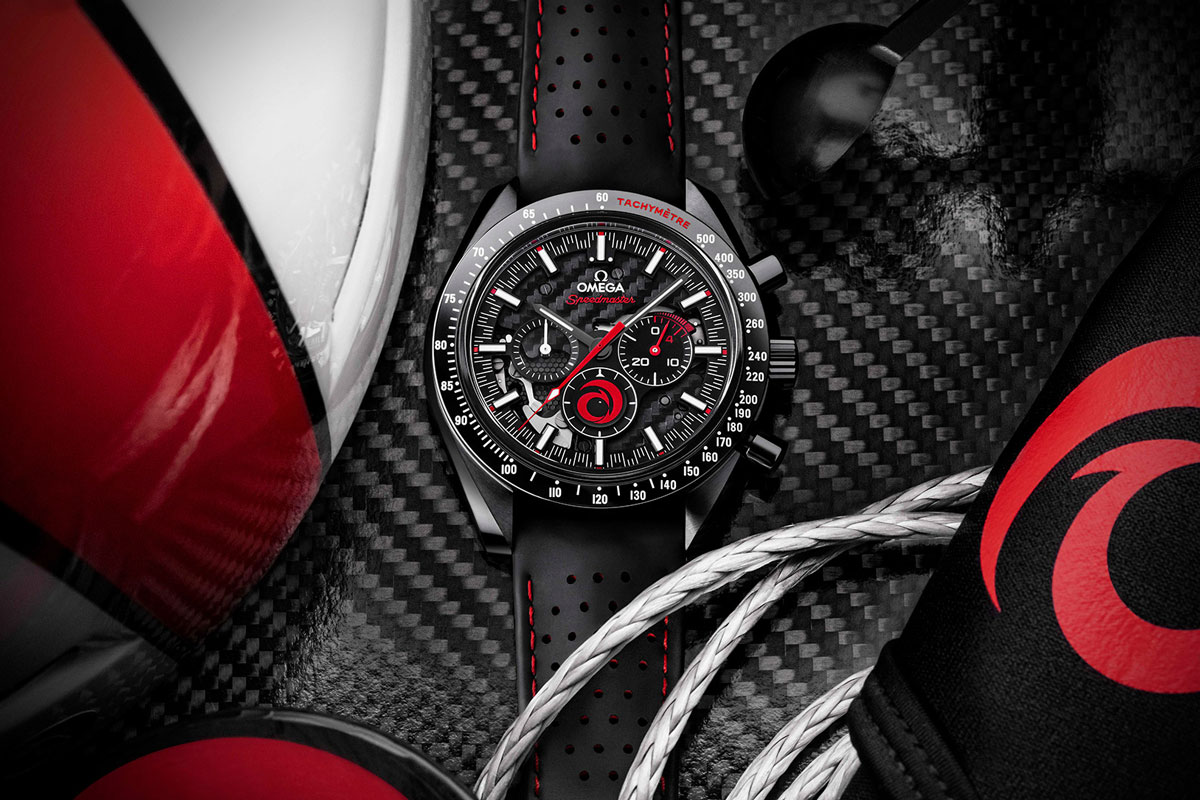 Think of the world’s most gruelling yacht race and you’re guaranteed to find the America’s Cup at the top of that list. The stakes are high, as are the pedigrees of its global competitors who continually push the boundaries of yacht design in a bid to be crowned the world’s fastest at sea.

To celebrate this prestigious competition, Swiss watchmaker Omega has partnered with the Swiss challenger Alinghi for a new timepiece that reflects that very spirit of precision, innovation and competition. The sailing collaboration takes the form of Omega’s Speedmaster Dark Side of the Moon timepiece and reimagines it in Alinghi’s striking team colours. 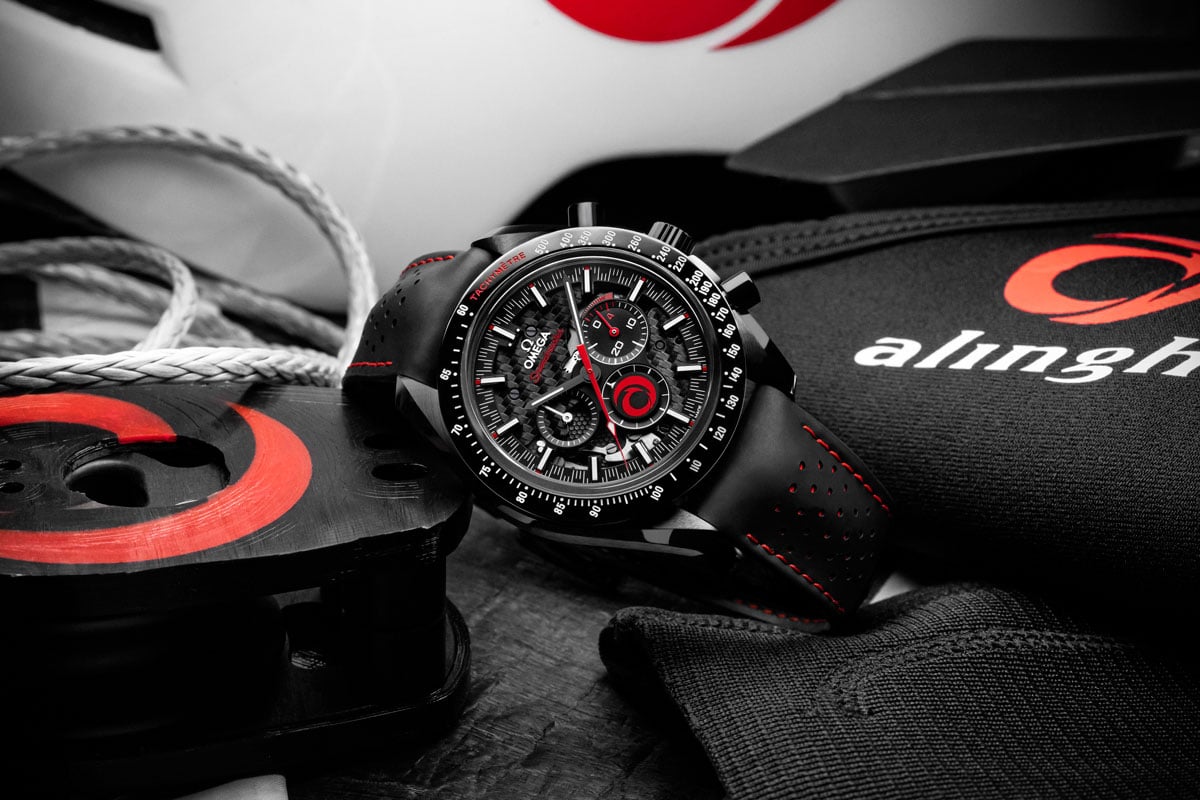 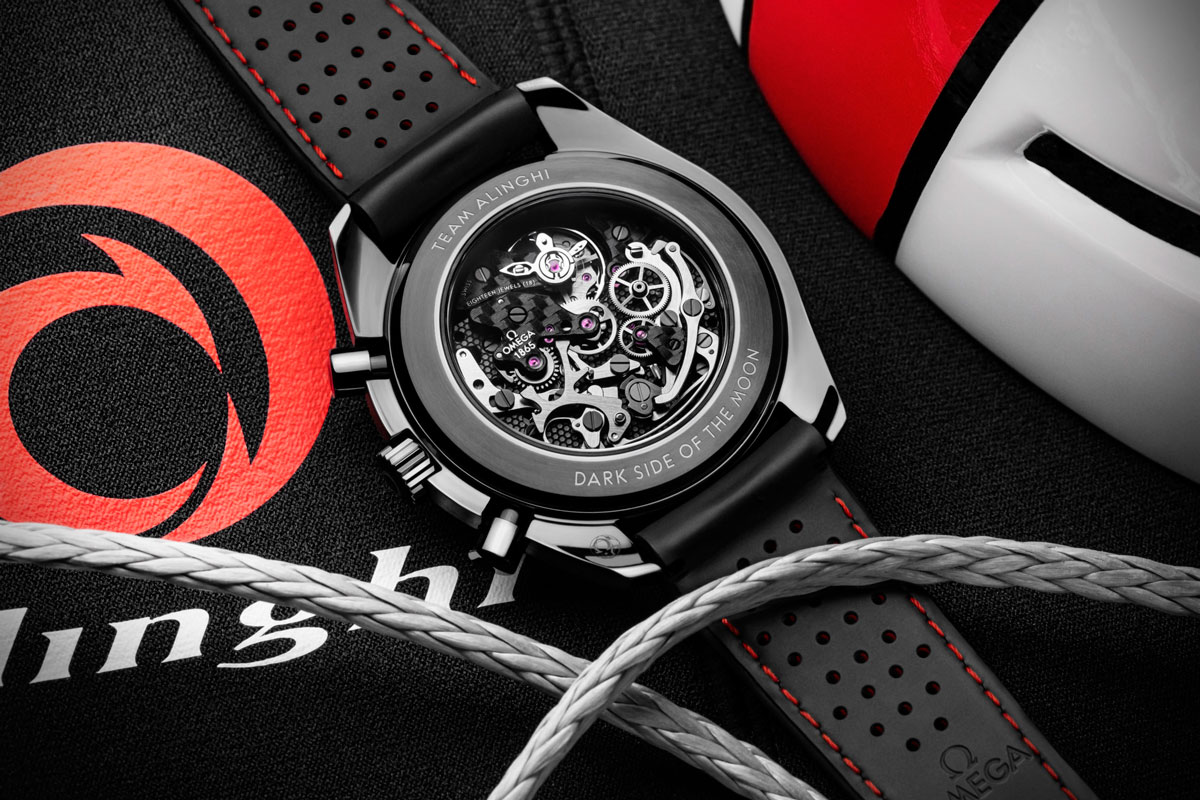 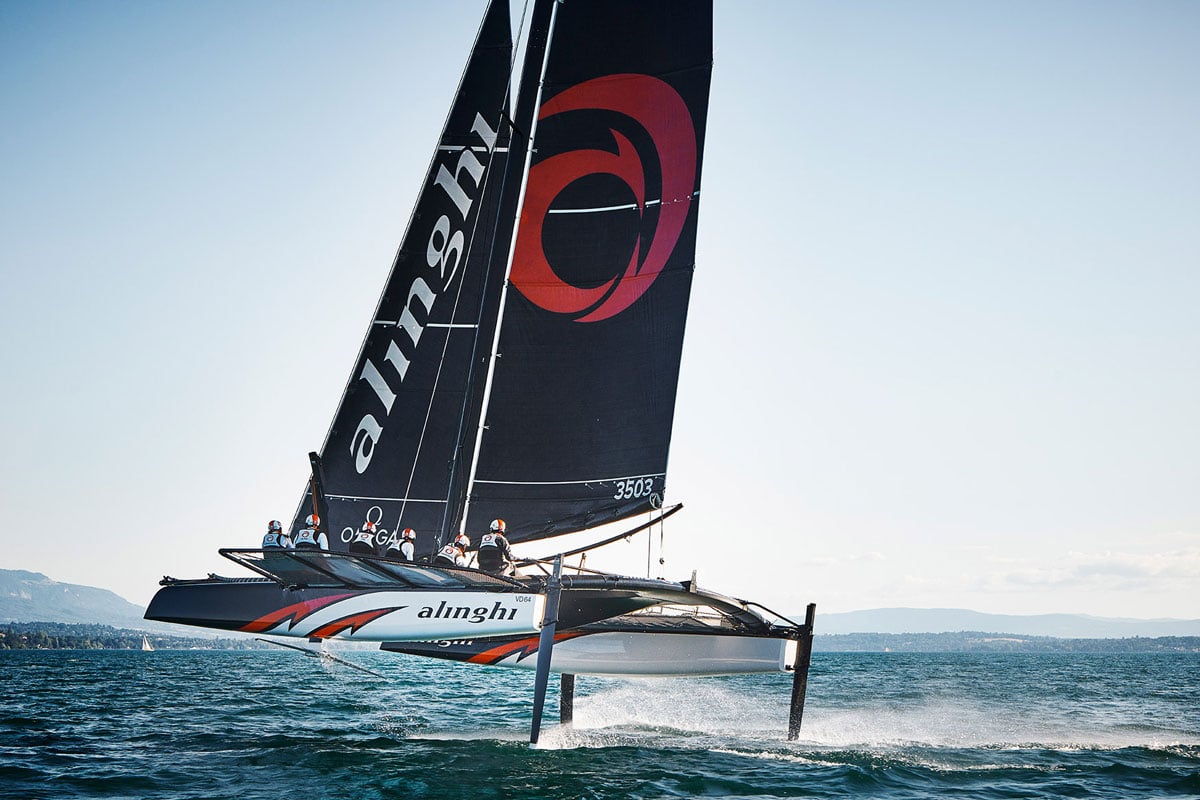 Raynald Aeschlimann, President and CEO of Omega, explained that the partnership will be a showcase of innovative technology alongside the best materials and an original design concept. The Speedmaster in Alinghi guise features a bold black and red colourway, which is further enhanced by a carbon fibre dial – a nod to the carbon fibre hull of Alinghi’s new TF35 catamaran.

Omega’s Calibre 1865 manual-winding movement looks after all of the functions and is ideal for sailing crews due to its lighter and thinner design. Components such as the main plate and barrel bridge have been given a honeycomb effect, just like Alinghi’s construction. Laser ablation technology is further employed to decorate all other bridges with a black carbon pattern to maintain the performance theme. The functions meanwhile include hours, minutes and seconds, alongside subdials at 3 o’clock, 6 o’clock and 9 o’clock. The middle subdial features a sandblasted and anodised aluminium disc bearing the Alinghi logo, which rotates when the chronograph is used.

A tachymeter scale on the bezel is finished in Super-LumiNova, enhancing legibility in low- light conditions.

On the outside, the watch features a sizeable 44.25 mm case, crafted from black zirconium oxide ceramic for strength without sacrificing lightness. The black and red theme is polished off with a perforated black and red rubber strap, which is robust enough to take on the roughest oceans.

Founder and President of Alinghi, Ernesto Bertarelli, expressed his highest respect for the new timepiece. “Throughout our history, we’ve been very aware of the watchmaker’s incredible expertise in sports timekeeping and passion for sailing. So, it is a very special moment to have worked on a watch together and now see the exquisite results. It’s the perfect start to our relationship and a real sign of more to come in the future.”