The world’s thinnest mechanical watch made its first appearance two years ago purely as a concept to showcase what’s possible in Piaget’s cutting-edge watchmaking. Today that concept has become a reality in production-ready form. 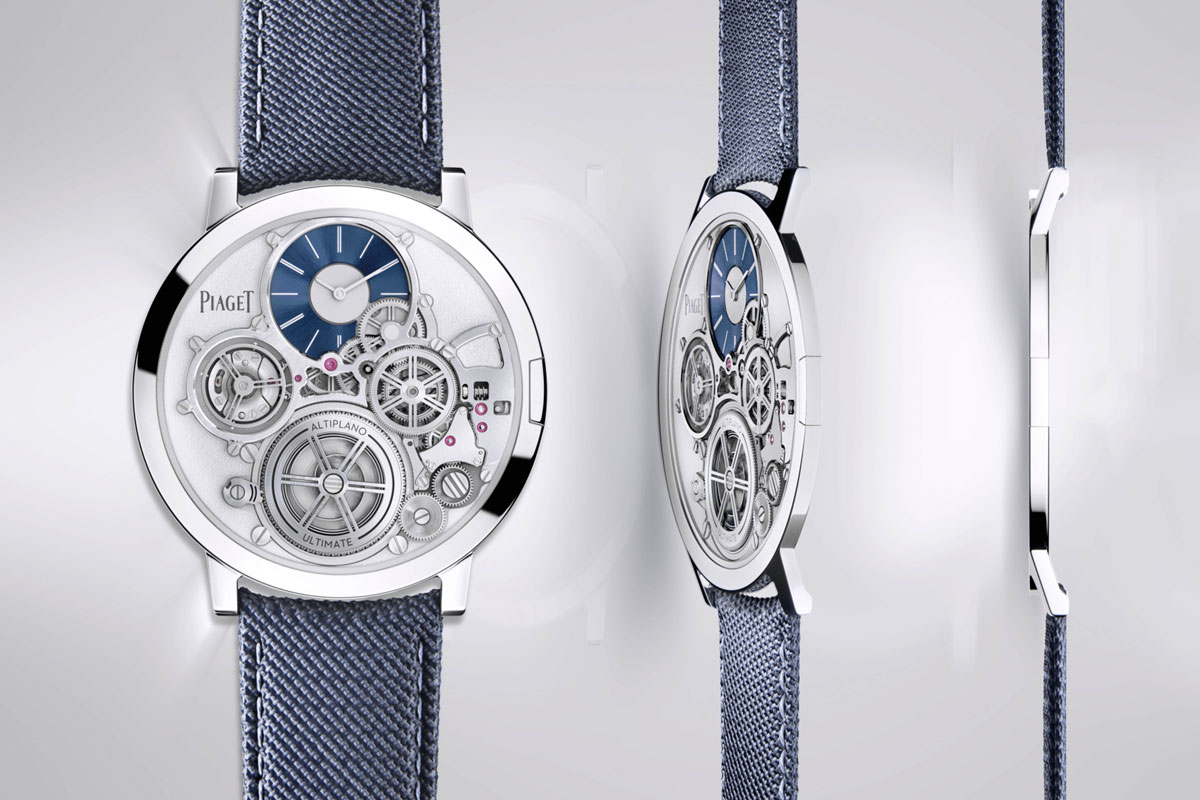 Swiss watchmaker Piaget has had more than a century to hone its craft since being founded in 1874 by Georges Piaget.

True to its innovative pursuits, in 1957 Piaget created the Calibre 9P, its very first ultra-thin hand-wound mechanical movement, measuring just 2mm thick. By 1960 there would be the arrival of the Calibre 12P, which holds the title in the Guinness Book of Records as the thinnest automatic movement in the world at 2.3mm.

Fast forward to 2020 and Piaget has debuted yet another pioneering timekeeper in the form of the Altiplano Ultimate Concept – the production-ready watch that first broke cover in 2018 as a concept-only timepiece heralding the title of the world’s thinnest mechanical watch.

Visually, the 2020 version of the Piaget Altiplano Ultimate Concept is the same as that of 2018, however, reinforcements to the bridge over the winding mechanism and internal structural improvements have been applied in order to qualify the watch for real-world wearability. 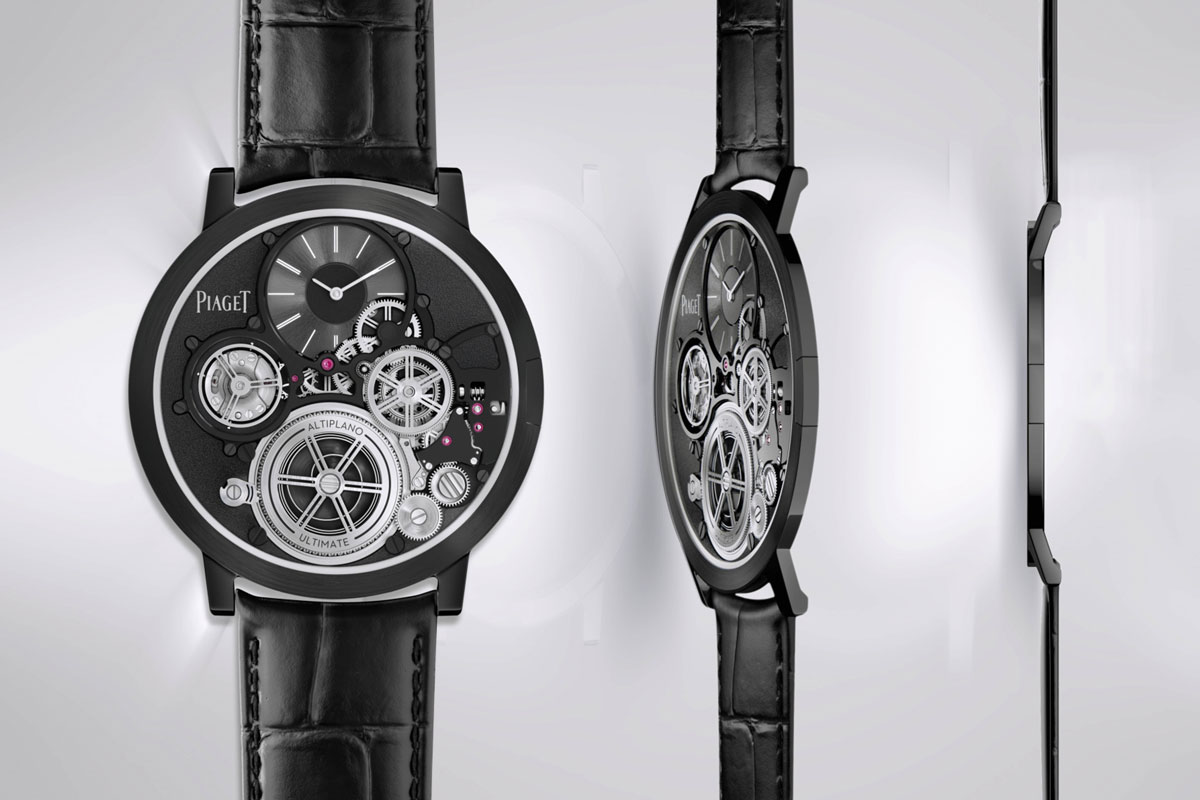 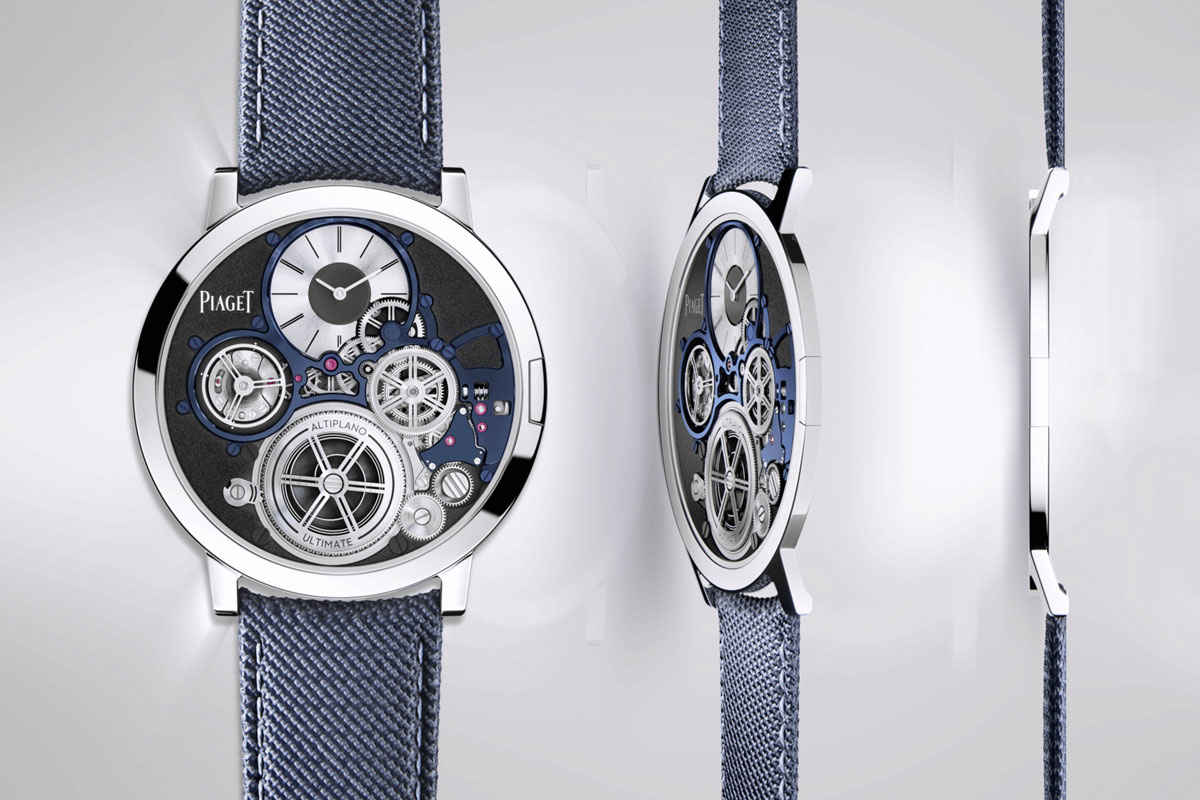 Creating a high complication watch that’s a mere 2mm thick is no easy feat. To achieve this, Piaget needed to design a monoblock case that also formed part of the movement, thus saving crucial real estate that other watches are often used to. The case itself is made from lightweight cobalt alloy and doesn’t feature any separate bezel to complement the svelte profile.

Alongside this innovation, the Swiss watchmaker also applied an integrated winding crown, an ultra-thin crystal and brand-new constructions for the barrel and energy regulation to bring down the profile without compromising on functionality.

As a result, the Altiplano Ultimate Concept boasts a power reserve of more than 40 hours – a benchmark for ultra-thin watches. 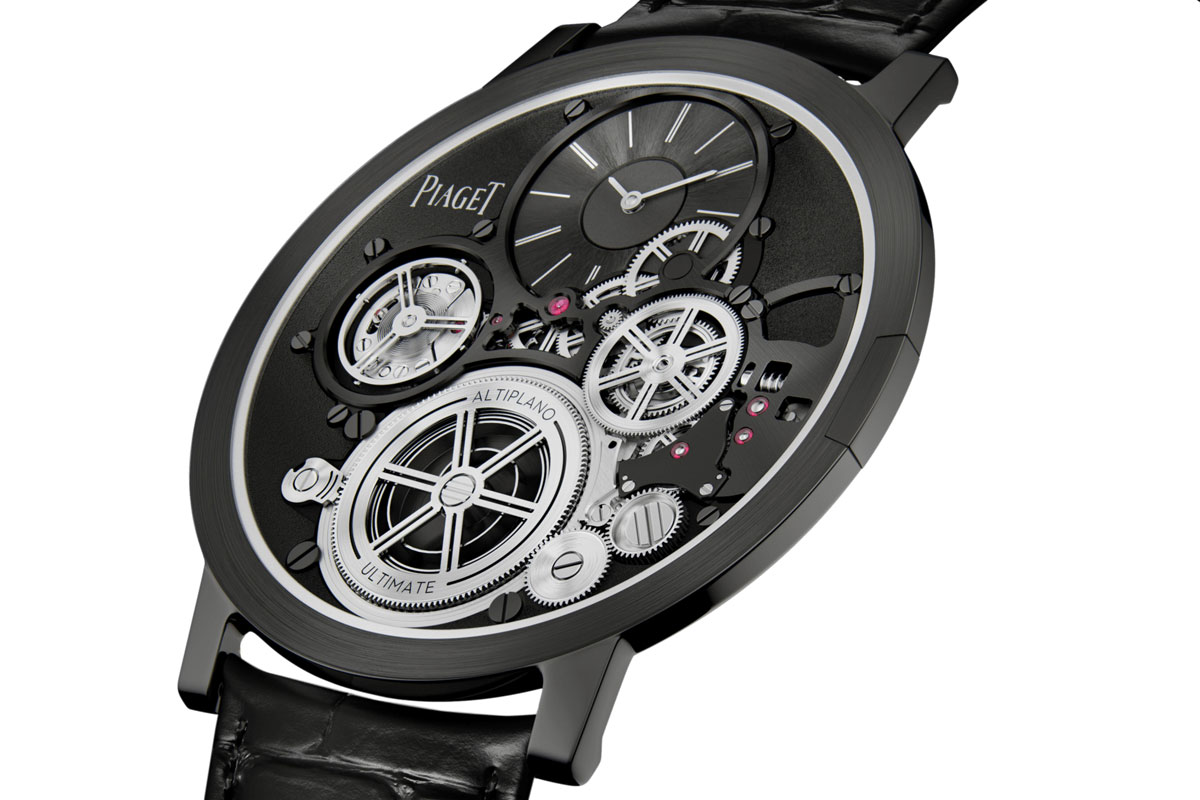 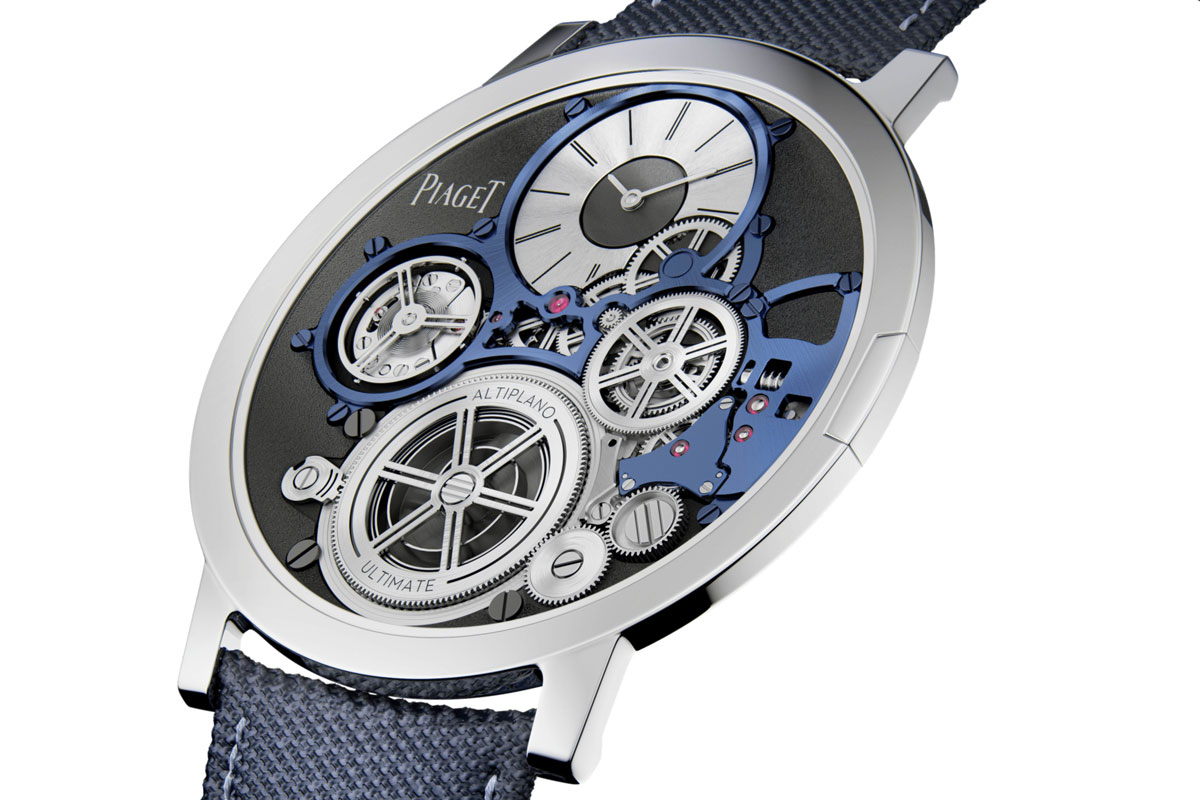 All three variations are powered by Piaget’s groundbreaking 900P-UC ultra-thin, hand-wound mechanical movement. Functions of the timepiece include just hours and minutes, but the real beauty lies in watching the intricate innerworkings at play and knowing that there’s just 0.12mm between your wrist and the closest moving component.

Not that anyone would recommend it, but for versatility’s sake, the Altiplano Ultimate Concept also comes with a water resistance rating of 20 metres.