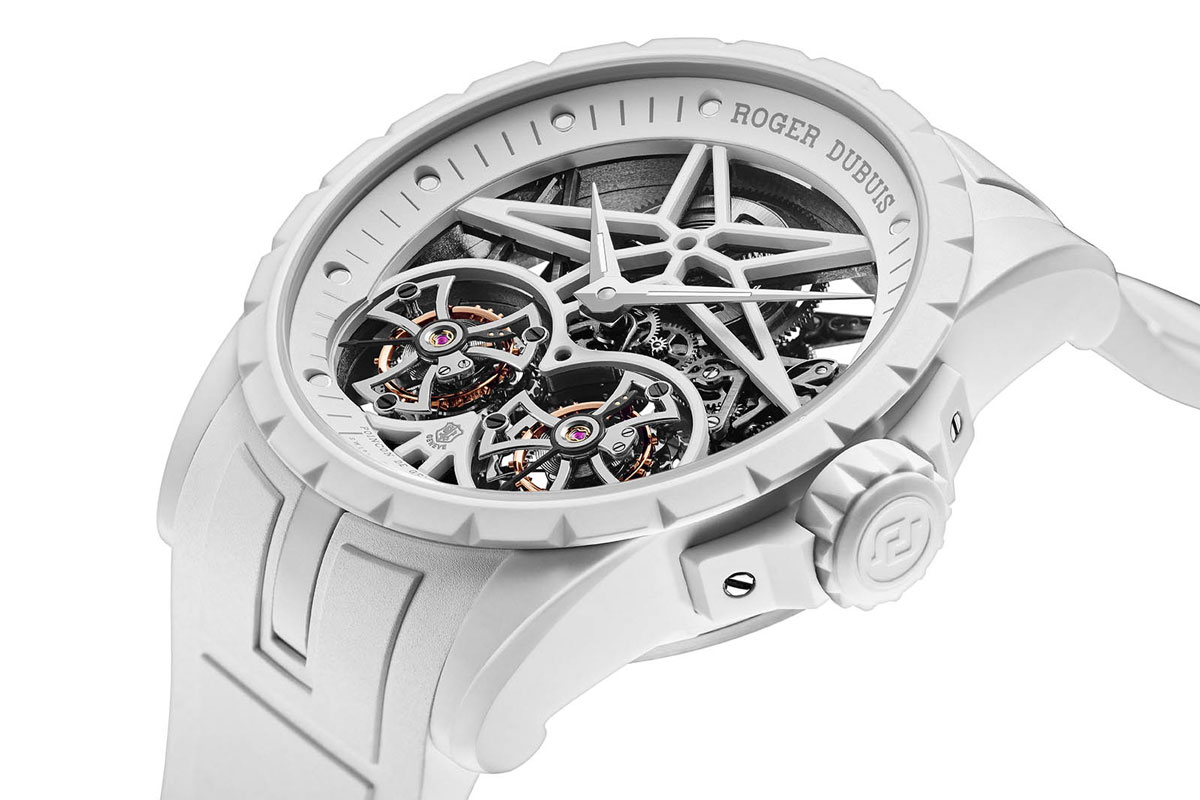 Roger Dubuis is a relatively young watch company that first entered the luxury watch segment in 1995. Since then the Swiss watchmaker has made it part of their reputation to pioneer technical prowess backed by a no-limit approach to innovation. Most of their model offerings are unique and highly complicated for that reason with the added benefit of being captivating conversation pieces on the wrist.

Their latest timepiece follows this exact formula with the debut of the Roger Dubuis Excalibur Twofold. Taking inspiration from the glaciers, the latest model highlights Roger Dubuis’ signature movement in the double flying tourbillon sitting inside a proprietary ultra-white mineral composite fibre that’s made of 99.95% silica – the major constituent of sand. 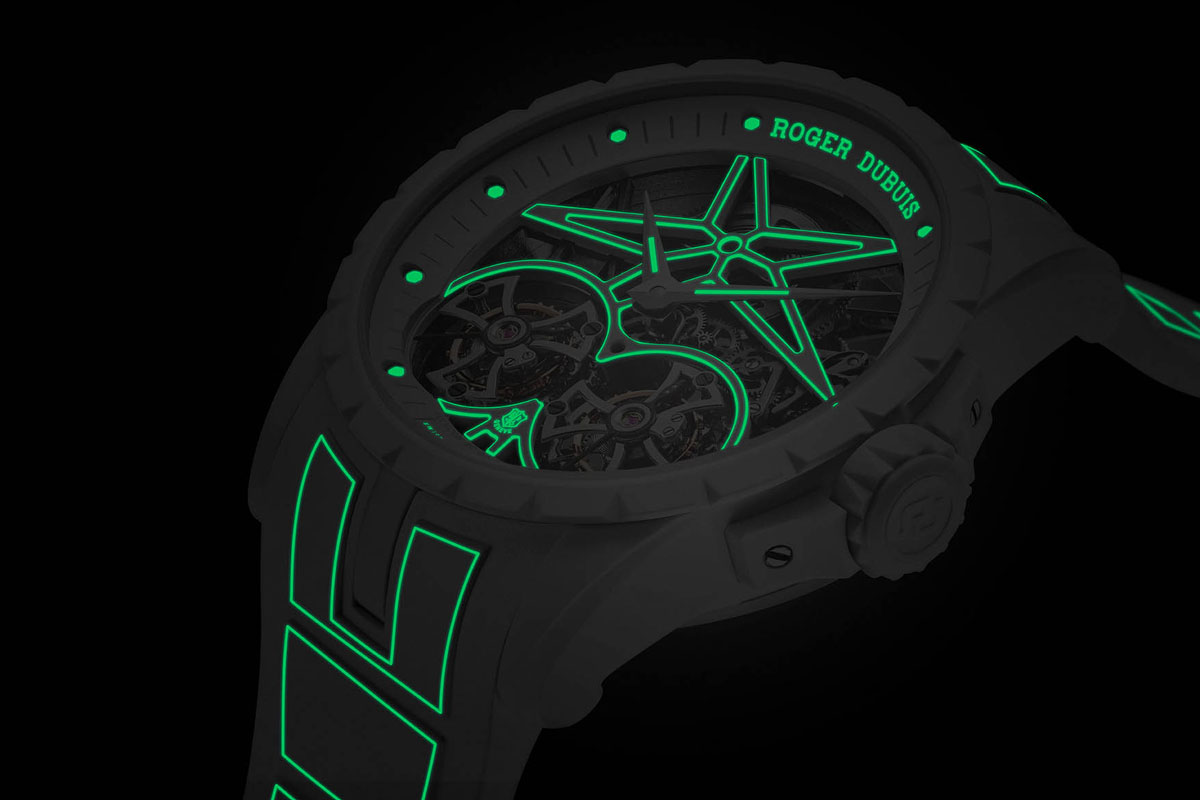 While we’ve seen exotic materials like titanium, carbon fibre, ceramic and platinum, such a design feat has never appeared in the world of horology till today. According to the watchmaker, the Sheet Molding Compound (SMC) process mastered by Roger Dubuis’ engineers enables them to play with this unique fibre. The company even patented a process that sees special luminescent material lighting up every corner of the skeleton dial’s design, which is claimed to last 60% longer than standard luminescent coatings.

Even the watch strap receives meticulous levels of attention through the use of a specific FKM rubber that is luminescent and based on a world-first technology called LumiSuperBiwiNova. This level of innovation and excessive craftsmanship ensures that the Excalibur Twofold is both light and beautiful to look at while still being user-friendly thanks to a 50-hour power reserve.

Each movement took Roger Dubuis 1,200 hours to complete so it’s no surprise that the release will be limited to just eight examples worldwide. Those interested in experiencing the world of hyper horology can head over to Roger Dubuis now to register their interest.