Swiss watchmaker Roger Dubuis has showcased its vision of the future by reimagining two historical watch complications in lightweight carbon and titanium. 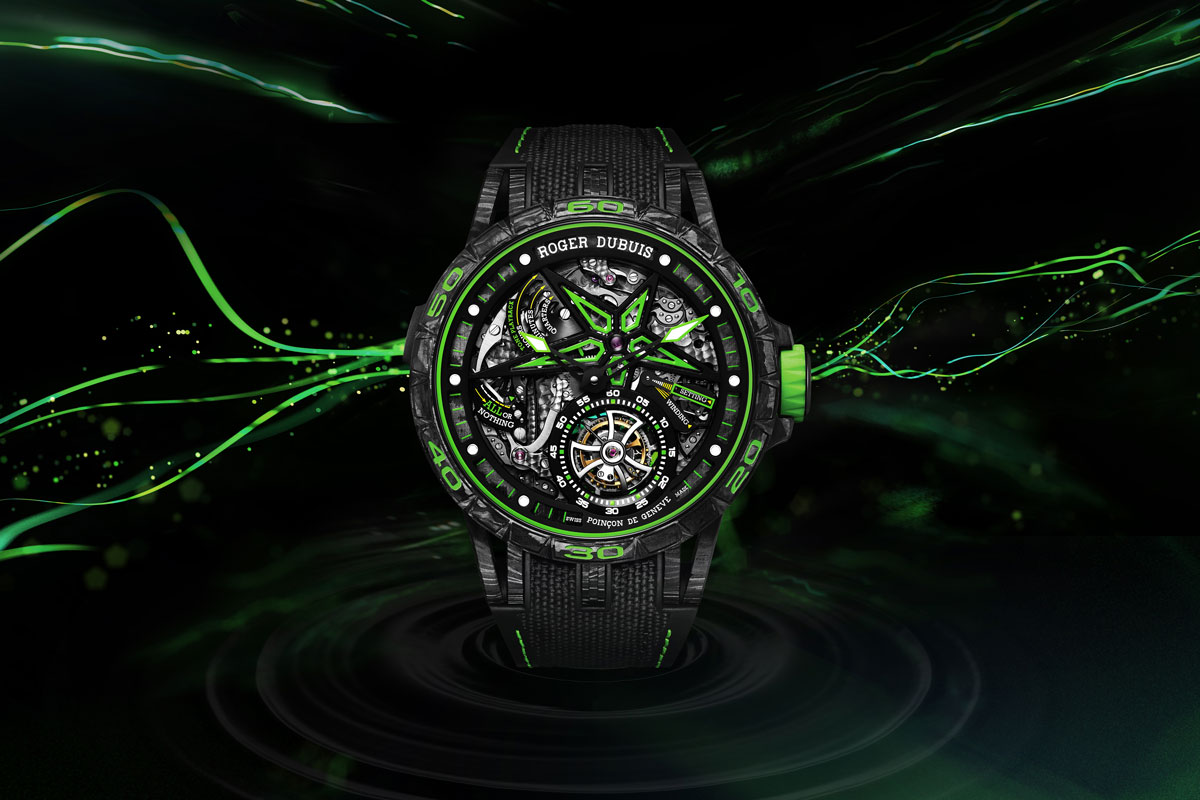 If ever there was a need to be reminded that we’re all getting old, one simply needs to look at the flying tourbillon and minute repeater. As two of the most profound mechanisms in watchmaking history, the former being conceived in 1795 and the latter in 1892, these horological complications have been marvelled at and fine-tuned for over a century. Today, they’re deservingly recognised as the pinnacle of luxury watchmaking.

Innovation never rests though and that’s why Swiss watchmaker Roger Dubuis has showcased its own vision of the future by reimagining these two historical complications in lightweight carbon fibre. 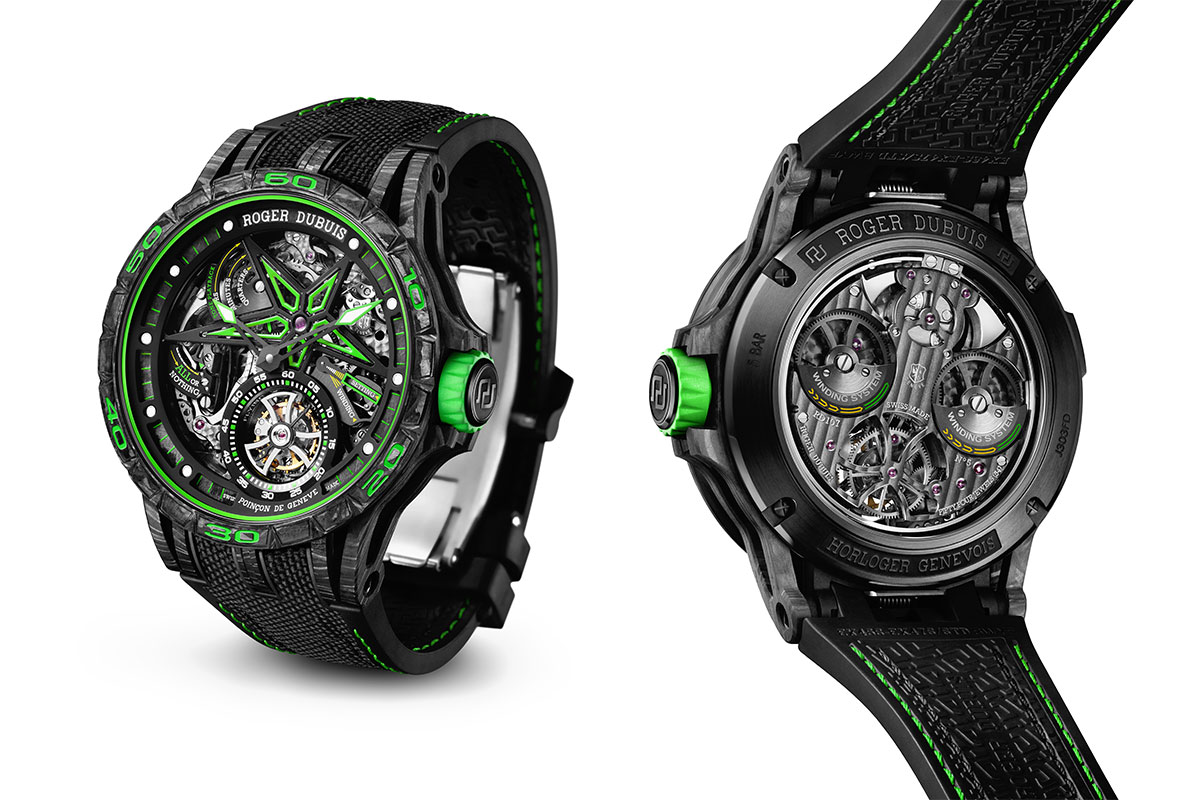 The Excalibur Spider Unique Series sees a watch housed in a fully carbon case alongside a carbon bezel and flange. At 47mm it’s a big statement piece too. The tourbillon features the watchmaker’s signature star-in-a-cage allure, offering a number of advantages with regard to volume, while leaving more space for expressing other elements as seen through its skeleton design.

Roger Dubuis’ RD107 Automatic calibre allows for functions including hours, minutes, minute repeater, a flying tourbillon at 5 o’clock, function selector at 3 o’clock, chiming indicator at 10 o’clock and “all or nothing” indicator at 8 o’clock. There’s also a 72-hour power reserve backed up by a 50m water resistance rating.

The watch is finished with a black rubber strap with black RubberTech inlay and contrast green stitching.

What makes this piece truly unique is the combination of both a tourbillon and minute repeater. While the tourbillon is designed to maintain timing accuracy under the effects of gravity, the minute repeater was invented in the 18th century to allow wearers to tell time in the dark.

The integration of carbon composite and titanium into these traditional timepieces marks a true representation of the past meeting the present.

Those interested to find out more can head over to Roger Dubuis now.

Read next: CEO of Automobili Lamborghini APAC reveals the secret to balancing indulgence and affordability