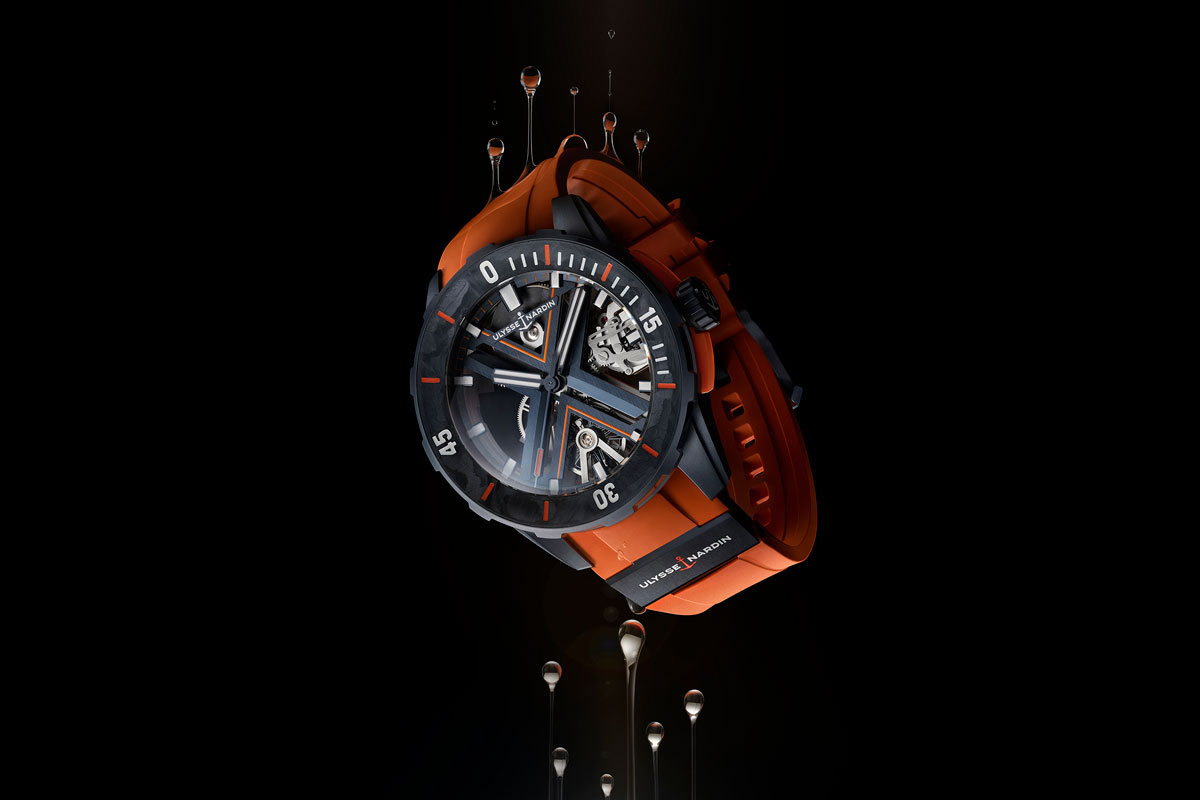 Produced in partnership with Ulysse Nardin.

In the world of luxury watches there is haute horology – the concept of showcasing works of fine mechanical art and engineering excellence – the pursuit of ultimate functionality beyond what the civilian timekeeping world demands.

Swiss luxury watchmaker Ulysse Nardin brings both these worlds together for the first time with the arrival of the limited-edition Diver X Skeleton, a timepiece which carries the sporting robustness of the Swiss maison’s field-proven Diver X model married with the rich horological undertones of the Executive Skeleton model.

The result of such a feat is less complex: a captivating diver’s watch on the wrist, which reaffirms Ulysse Nardin’s status as the undisputed watchmaker of the high seas.

Born from the high seas 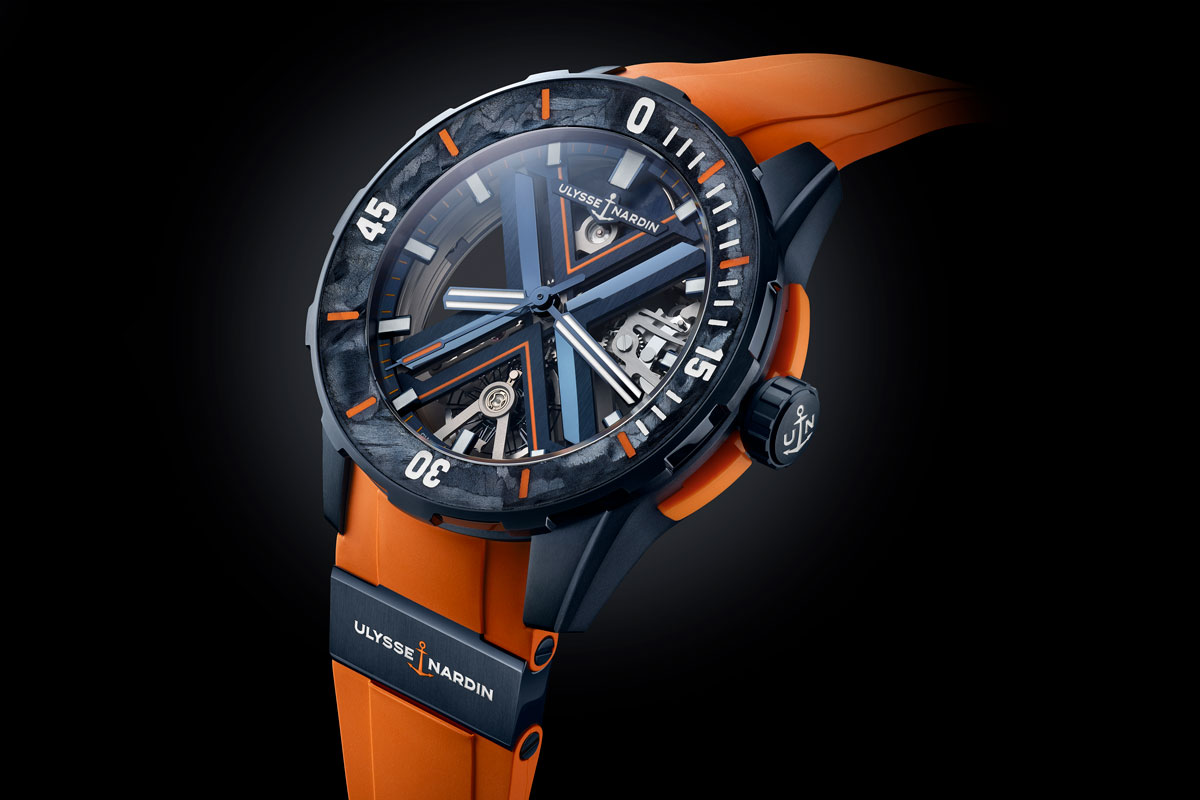 To realise the full extent of Ulysse Nardin’s most pioneering exploits at sea, one needs to navigate far into the past – all the way back to 1846, in fact. It was here that a young man named Ulysse Nardin would craft his very first timing instruments designed to help explore the world’s uncharted oceans.

The Ulysse Nardin brand would eventually become a leader in the manufacturing of marine chronometers and high-precision seafaring instruments – life-saving navigation tools that would earn its place in the highest order of civil, military and scientific industries.

To celebrate 175 years of timekeeping excellence until this very day, Ulysse Nardin has unveiled the Diver X Skeleton.

As a stripped-down version of the Diver X model, the latest timepiece boasts a skeletonised face in place of a conventional dial to showcase the watch’s complex inner workings. All of this takes place within a 44-millimetre case coated in blue PVD and finished with a lightweight blue Carbonium bezel for a truly striking appearance whether on land or at the depths of the ocean.

The PVD application itself serves a functional purpose in depositing a thin layer of high-density protective material around the watch. This application is further reinforced with a water resistance rating of 200 metres to withstand potentially fatal depths of water pressure. The concave inverted unidirectional rotating bezel also acts to protect the domed sapphire glass against untimely impacts during diving expeditions.

The new UN-372 calibre driving the time for this unique timepiece is a completely re-engineered movement carried over from the Executive Skeleton model and faithfully reimagined for the Diver X Skeleton.

There is now an oscillating weight in the shape of Ulysse Nardin’s iconic X as well as a barrel cover at the midday mark, finished in the same blue Carbonium material as the bezel. This movement affords hours, minutes and seconds functions indicated by Superluminova-coated hands to ensure high legibility even in the darkest corners of the sea.

Other intricate details include hour markers that are carefully attached to the case so that they appear to be floating, an effect which adds to the watch’s sensation of depth, character and complexity. Vibrant touches of orange emphasise the model’s sports origins and can be further enhanced with an optional supercharged orange rubber strap.

The Ulysse Nardin Diver X Skeleton ties the past with the present but, more importantly, sets the trajectory for the next 175 years of artisan watchmaking. Today it stands as a statement from the Swiss maison that the best way to predict the future is to create it. 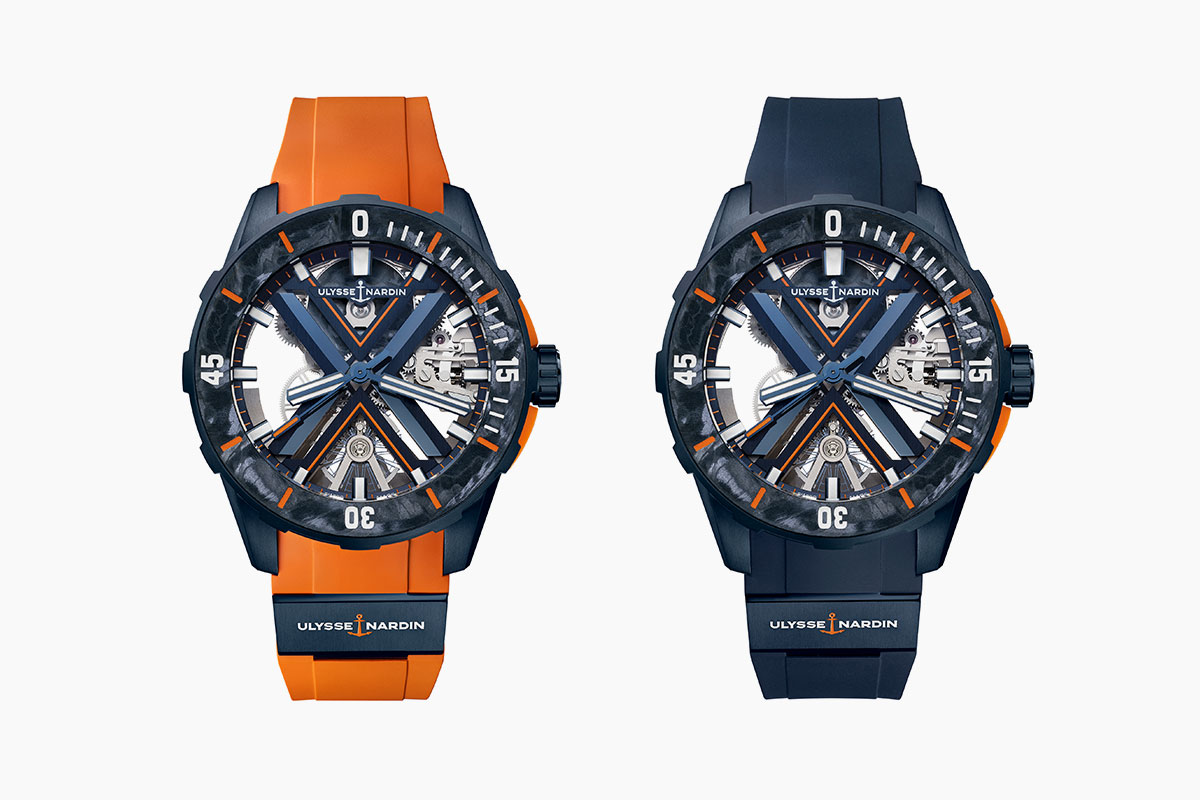