Australia is being left for dead in an electric car future

EU countries are all about electric vehicles while Australia is left on the starting block. Stephen Corby considers whether an entirely silent sports car is as unexciting as it sounds. 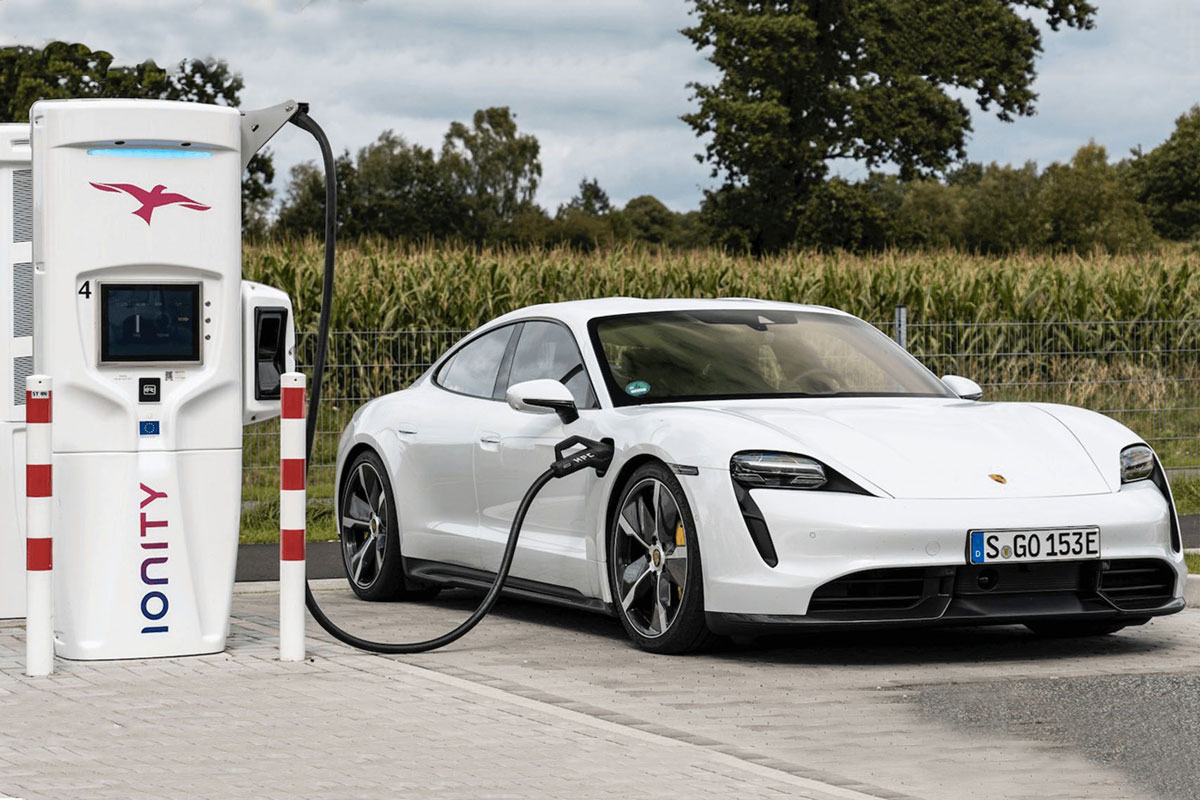 If you’ve never driven an electric vehicle, the prospect might not sound very exciting and that’s at least partly because there is no sound to get excited about.

It’s natural to approach an entirely silent sports car as some kind of cruel contradiction, roughly akin to being forced to have soundless sex. Or sitting through a silent film.

But the good news is that when you do actually drive a properly electric machine, like the absurdly rapid Tesla Model 3 Performance, there is plenty of noise in the cabin. Mainly the sounds of loud swearing and perhaps even some praying, both from your passengers and yourself as you press the throttle and discover that EVs deliver speed in an entirely different fashion.

Tesla boss Elon Musk might seem like a master marketeer, but he’s also one hell of an engineer. In nerdy terms, the Model 3 – with what he amusingly calls ‘Ludicrous Mode’ activated – can deliver all of its torque, instantaneously, from zero revs.

The Model 3 also has only one gear, which means there is not even the slightest shifting interruption of speed as you accelerate to 100km/h in just 3.3 seconds.

To put it in less scientific terms, when I took my neighbour, a woman of mature years who has previously dared to sit beside me in Ferraris, Lamborghinis and other exotic metal, she was unable to speak nor, it seemed, breathe for several moments after we stopped.

She finally squeaked: “I have never felt anything like that – nothing, not even at Disneyland. It’s like Star Trek, some kind of Warp Speed. Everything just went blurry.

I asked her whether she’d been bothered by the fact that the Tesla made no roaring engine noises and she looked at me like this was one of my more stupid questions.

“They are fake sounds, it’s true, but who’s to say that all the sounds you’ve ever heard while having sex were real?”

I too would say that I have never experienced thrust quite like what Ludicrous Mode delivers, and the incredible thing is that people who have driven the latest properly exciting full EV, Porsche’s Taycan (which can hurl its way silently to 100km/h in just 2.8 seconds), say it leaves the Tesla for dead. Indeed, one colleague managed to injure his passenger’s neck by repeatedly slamming the throttle when he wasn’t ready for it.

Never one to miss an option to cash in, Porsche is also offering its new car with an Electric Sport Sound option, meaning that if you want to hear racy noises when you put your foot down (albeit more Star Wars than Ford v Ferrari), you can pay for the privilege.

They are fake sounds, it’s true, but who’s to say that all the sounds you’ve ever heard while having sex were real?

While there is no question that electric vehicles are the future, with more and more major manufacturers getting involved (Audi is the latest locally, with its impressive new e-tron SUV, which comes with a free home-charging box and six years of free charging around the country through the Chargefox network), there is some question over whether that future will ever arrive in Australia.

China, the world’s largest car market, is setting ambitious targets as part of its efforts to tackle its huge CO2 problem, aiming for ‘new-energy vehicles’ to make up 20 per cent of sales by 2025.

Globally, Morgan Stanley is predicting that battery-powered electric vehicles (BEVs) will make up more than 30 per cent of the market by 2030.

Morgan Stanley’s analysts also point out that between 15 and 20 countries, including the UK and France, have now set deadlines for banning the sale of internal-combustion engines (ICE), while the European Commission is aiming for 40 per cent BEV penetration by 2030 as part of its bold plan to cut new-car emissions to 50 per cent below 2021 levels by 2030.

I’ve actually visited a country where this future is closer than anywhere else: Norway. And while it was quiet and quite weird to be surrounded by vehicles making only low hums and polite whistles, it was also more than a bit Blade Runner-cool.

Norway is aiming to ban the sale of new ICE cars by 2025, which would sound hugely optimistic if it weren’t for the fact that, in September 2020, more than 60 per cent of new cars sold there were EVs (add in hybrid cars, with both electric and ICE power, and the percentage jumped to 89 per cent).

Yes, the fact that Norwegians, like many Scandinavians, are environmentally aware has certainly helped, but the scale of change in Norway reflects the effort that its government has made. At various times, it has offered tax breaks, free parking, cheaper car ferries, zero road tax and permission for EV buyers to drive in bus lanes.

Meanwhile, in Australia, many car companies say they have struggled (without success) to get the Federal Government to even discuss the idea of incentivising zero-emission-vehicle purchasers.

The Electric Vehicle Council (EVC) recently awarded Scott Morrison’s government a failing F grade for its efforts on EV policy, which should hardly be surprising when you consider that the Prime Minister pilloried electric vehicles during the 2019 election campaign, suggesting their adoption would “end the weekend”. His barb came after Bill Shorten said Labor would aim for EVs to make up 50 per cent of new vehicle sales in Australia by 2030.

So where are we at so far? Well, in 2020, EV sales made up less than one per cent of new cars sold in Australia. Not so much Norway, as no way.

And rather than encouraging Australians to change their minds, or providing incentives for them to do so, the South Australian government recently proposed a special road-pricing tax scheme for the tiny number of people in its state who are buying EVs. State Treasurer Rob Lucas said the tax was a “no brainer” because EV buyers were not paying the fuel excise and this loss of revenue needed to be addressed.

NSW has also raised the prospect of road pricing, prompting EVC Chief Executive Behyad Jafari to point out that the two states were looking to become the first jurisdictions in the world to apply a special tax to EVs.

“The money paid in fuel excise does not get quarantined for roads. That is a myth,” Jafari said.

“Yes, in the long run, governments will not be receiving as much in fuel excise as people drive more efficient vehicles. But that is a good thing.”

Getting car buyers to realise that buying electric vehicles is a good thing, not only for the environment, but also for their enjoyment of driving, is something that some countries are clearly doing better than others.

Unfortunately, in Australia, so far at least, the voices raised in favour of buying EVs would barely be able to drown out the sound of one driving past.