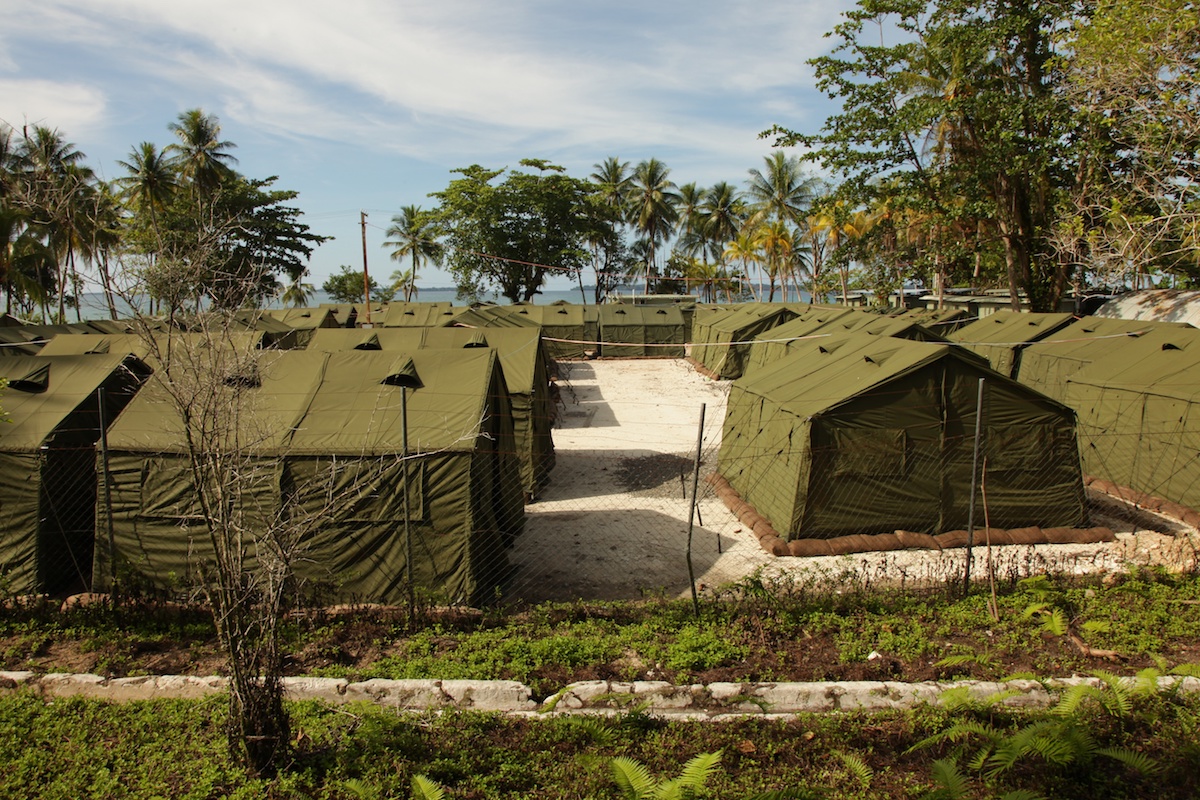 The standoff at the now decommissioned Manus Island detention centre has finally ended after intense scenes of violence on Friday morning. Refugees have started moving out at the instruction of security guards.

On Friday morning, refugees reported officials tried to move them out by beating and attacking them.

Asylum seekers and refugees who were left at the centre have now boarded buses, which are heading to alternative accommodation in the nearby town of Lorengau.

“All of us are leaving,” Pakistani refugee Samad Abdul told SBS News.

“The police are so aggressive. They are telling us ‘you should go back to your country’. They are swearing at us. They are using unacceptable words. Everyone is scared, everyone is just terrified.”

I have been forced from Christmas Island to Manus illegal indefinite detention 4.5 years ago, today once again I was beaten, abused, scared, terrified and forced to move to another indefinite prison camp, i will be once again used for political benefits. #Manus

Mr Abdul also spoke to Fairfax Media. “Guys were scared and slowly, slowly all of us have decided to leave. They were so aggressive.”

“We don’t have any option to stay here. All of us, we all are going,”

#AUS_PNG You Destroyed Our Life, We lost everything Familys, Friends, even own Self Respect, We will Never Forget Your Treatment, We Realized we Are Not human Beings, World Forget About us, We Are better killed Here In The New Prison Camp Lourengo Manus. #MANUS pic.twitter.com/c7Fi9FYXl4

Journalist and Kurdish refugee Behrouz Boochani, who was taken to the new accommodation facilities at East Lorengau, reported that four buses full of people arrived there on Friday morning.

There were 328 refugees still refusing to move on Thursday night.

World Vision’s Tim Costello, who is on the island, disputed Immigration Minister Peter Dutton’s assertions the new centres were ready and there were only “cosmetic” issues at the new sites.

“I got into [West Lorengau transit centre] and I can tell you that this is a construction site. It is not finished; there is moving equipment, open drains,” he told ABC radio.

“If Peter Dutton doesn’t trust humanitarian workers like me or the UNHCR, get a special envoy in here and get a solution because it’s doing damage to our reputation in New Guinea, our reputation internationally and there are solutions.”

“The government’s got to take what steps are necessary to resolve it,” he said.

“This is a dark, sad day in Australia’s national history. It’s a foul and now-bloodied stain on our national conscience,” Greens Senator Nick McKim said