Successful entrepreneurs whose ventures began in living rooms and garages 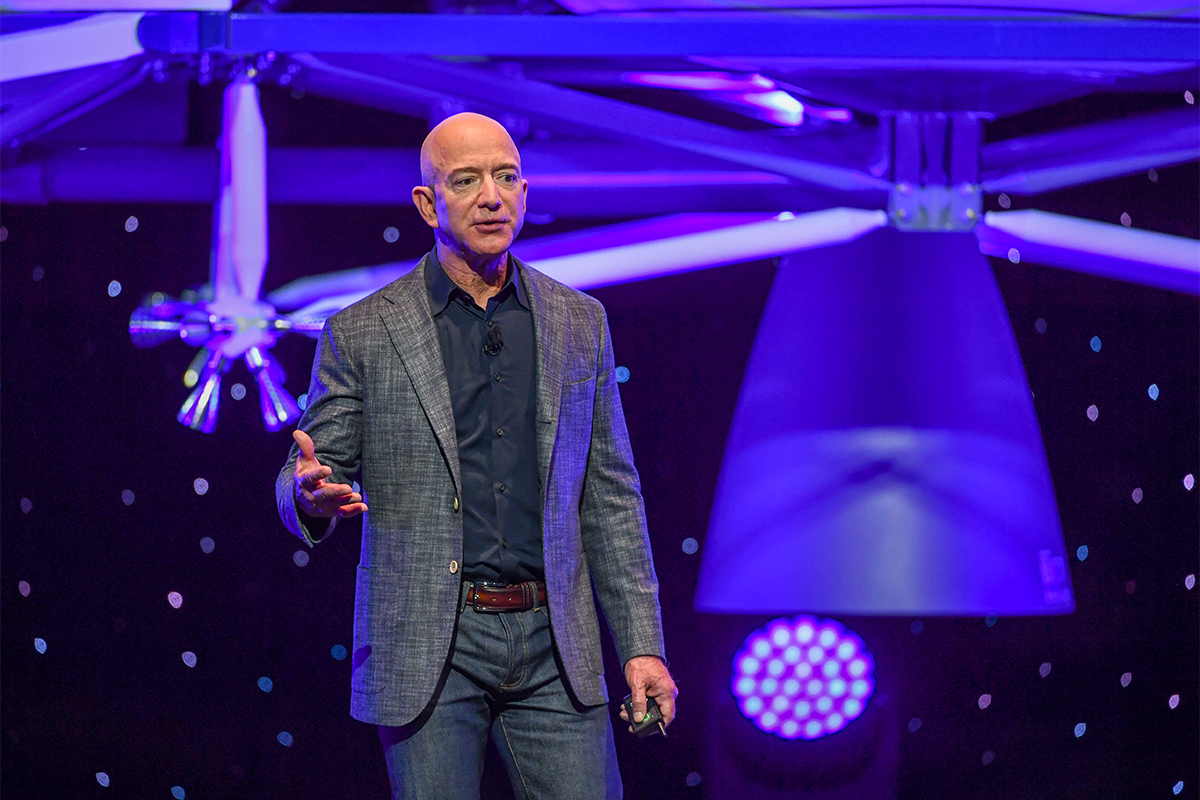 The rags-to-riches stories are always the ones that inspire us as humans the most, yet in the shadows of every successful venture is one that failed.

From a poor product offering to investing in the wrong team members, there are countless reasons why 20 per cent of businesses fail in their first year and 60 per cent within the first three years of launching.

While every business founder has their own set of opinions as to what underpins their success, timing paired with a steadfast approach are often underrated factors to take into account.

If you’ve ever caught yourself thinking that because you don’t have financial resources or a suitable office your corporate days will likely last a lifetime, think again. Many of the world’s strongest trailblazers began their ventures in derelict garages that did not match their founder’s grander vision and ambition.

Let these stories be a reminder of the value in resourcefulness and purpose when considering any business venture.

Melanie Perkins and Cliff Obrecht – the Co-Founders of Canva – were recently named the richest young Australians under the age of 40 with a combined net worth of ​​US$11.5 billion.

With more than 60 million users today, the couple were clearly onto a game-changing idea when they first launched their graphic design software company in 2013.

It was while teaching design at The University of Western Australia that Perkins stumbled upon the idea of introducing an easier software tool for people to use for their projects.

“Students would take a whole semester just learning where the buttons were and how to design something,” she recalls.

It was her mum’s living room that was transformed into the couple’s office for their first business – Fusion Yearbooks, which was targeted to schools and would later grow into the multi-million dollar business we are familiar with today.

With the help of a government grant and angel investors Canva could get off the ground backed by a total of US$2.1 million. However, it took a trip to Silicon Valley and more than 100 rejections to achieve this.

With an estimated net worth of US$140 billion Jeff Bezos, Amazon’s Founder and Executive Chair, chose to launch his online bookstore at a critical point in time – the rise of the internet.

It was the early 90s and Amazon.com had only been in operation for two months but had amassed sales totalling US$20,000 from customers based in more than 45 countries. That’s not bad for a startup that was hosted in his garage.

By 1998 Bezos had expanded his offering to include computer games and music, as his intention had always been to simplify online sales for customers through technology.

Convenient and affordable, around 1.3 million products are added every day to the global ecommerce site, and with a complex delivery network of drones, trucks and cargo planes you can expect your goods to arrive even on a Sunday morning.

Despite its ethos of consistently giving back before taking, Salesforce celebrated a total annual revenue of A$36.4 billion in January 2022, proving that profit and philanthropy can co-exist without one losing value.

In March 1999 the company began in a one-bedroom apartment in San Francisco with four pioneers, including Benioff, accompanied by framed posters of the Dalai Lama and Albert Einstein overseeing their progress.

By November 1999 Salesforce had 10 employees and a new office in Downtown San Francisco.

“I liked it immediately because there were dolphins decorating the building, and I viewed this as a positive sign because I had developed the idea for Salesforce.com while swimming with dolphins in Hawaii,” Marc Benioff explains.

Fast-forward to 2022 and Benioff’s Software-as-a-Service (SaaS) model has changed the way business applications are built and run.

Born to Polish parents who emigrated to Sweden, Sebastian Siemiatkowski, Co-Founder of Klarna, was educating himself through Richard Branson’s business books as early as the age of 12.

Before Siemiatkowski built Klarna, the Swedish rival to PayPal, he worked behind Burger King’s conveyor belt.

“Even when I flipped burgers at Burger King, I was always thinking about how I could provide the best service and make people’s lives a bit easier,” Siemiatkowski recalls.

It was while he was attending Stockholm School of Economics that he partnered with Niklas Adalberth, one of his Burger King co-workers, and Victor Jacobsson to get the idea for Klarna off the ground.

While other students were preparing themselves for a corporate life with full-time salaries, the Co-Founders decided to take a risk. Initially, Klarna was launched in Siemiatkowski’s university dorm room.

“We presented our idea at an innovators pitch, and they said, ‘Forget about it. It’s never going to work,’” Siemiatkowski explains.

However, they continued regardless and managed to secure more than US$500 million from investors since then. What was their secret to success then?

“We tried so hard to act like a bank,” he reflects on what they would do to be taken seriosuly. “We would run around in suits, making sure our business cards looked professional. It was important that our phone number ended with lots of Os so it looked like there was a switchboard.”

Australia’s first cosmetics retailer to sell exclusively online was Adore Beauty, a business idea that was conceived by Co-Founder Kate Morris, who was working at the time on a Clarins counter in a department store.

“When you’re talking about products that are supposed to make you feel confident, the shopping experience was making everyone feel the exact opposite,” Morris told Mamamia in 2018.

Although a US$280 million dollar company today, back in 2000 Morris and her partner James Height built the ecommerce site in her garage in Melbourne.

In those early days of launching the business Morris recalls that many of the larger cosmetics brands were reluctant to adopt ecommerce and that funding the business was challenging.

“It was very difficult… I think they really weren’t ready to adopt ecommerce as the new way of doing things,” she says.

To begin with she turned to her partner’s dad to secure a loan, enough to cover building a website and investing in some stock to sell to customers.

“I just had to get very creative to make every dollar stretch as far as possible, so that I could continue to fund the business through cashflow,” she says.

In 2002 two Sydney-based university graduates, Mike Cannon-Brookes and Scott Farquhar, took out a US$7,000 card debit to get their start-up off the ground.

“We built the first version of our product while working in the garage before we even had our first office,” admits Farquhar.

The pair were 22 years old at the time and their mission was to earn the equivalent of their friends who were working for major consulting firms. Fast forward to 2022 and the Australian tech giant has a market cap of more than US$100 billion.

With a focus on building a portfolio of reputable and affordable products that could sell themselves, their budget for marketing and sales is less than 20 per cent.

If anyone knows rejection it’s China’s wealthiest individual and role model for budding entrepreneurs Jack Ma – the Founder of ecommerce empire Alibaba. He allegedly failed repeatedly to land a job after university and his initial ventures failed.

So how did Ma manage to overcome these setbacks?

After his visit to the US in 1995 to work on a government project, Ma returned to China with a mission: to see Chinese citizens using the internet, as he had discovered the World Wide Web for the first time.

At the age of 31 Ma didn’t have any coding or sales experience and gaining trust from the Chinese to embrace online payments was initially a struggle, but what he did have were allies whom he persuaded to help fund and join him on his startup journey.

“In 1999, I gathered 18 people in my apartment and spoke to them for two hours about my vision. Everyone put their money on the table, and that got us US$60,000 to start Alibaba,” he explains.

Referring to himself as a ‘blind man riding on the back of a blind tiger’, Ma decided not to follow someone else’s business model and to focus on quality products that customers could obtain at the click of a button.

However, while it’s easy to assume that Alibaba was always a success, there were many struggles along the way, one being that the company grew too fast and the other the question of how to make a profit from free memberships.

“When you are small, you have to be very focused and rely on your brain, not your strength,” Ma shares.

During their first meeting at Stanford University Larry Page and Sergey Brin reportedly didn’t agree on much. However, a year later the two students began building a search engine in their dorm rooms that they called BackRub, which was eventually renamed Google.

Page designed a system that could detect the linking behaviour of pages, which could then be ranked using the PageRank algorithm that the duo created themselves.

Google (a name inspired by a mathematical term) was first launched on Stanford’s private network before entrepreneur and investor Andy Bechtolsheim wrote Brin and Page a US$100,000 check, which led to an office upgrade; a garage in suburban California owned by YouTube’s CEO Susan Wojcicki.

Wojcicki, who was a student and a homeowner at the time, rented out her garage to the Google Co-Founders, resulting in a win–win situation for both parties.

By the early 2000s the company’s more than 1,000-person workforce relocated to the famous Googleplex headquarters in California’s Mountain View from where it continues to deliver products that are used by billions of people around the globe.

Read next: A guide to successful personal branding for CEOs