Libby Escolme, the Crowne Plaza Vice President, says the six new flagships will set the standard for the future of the brand. 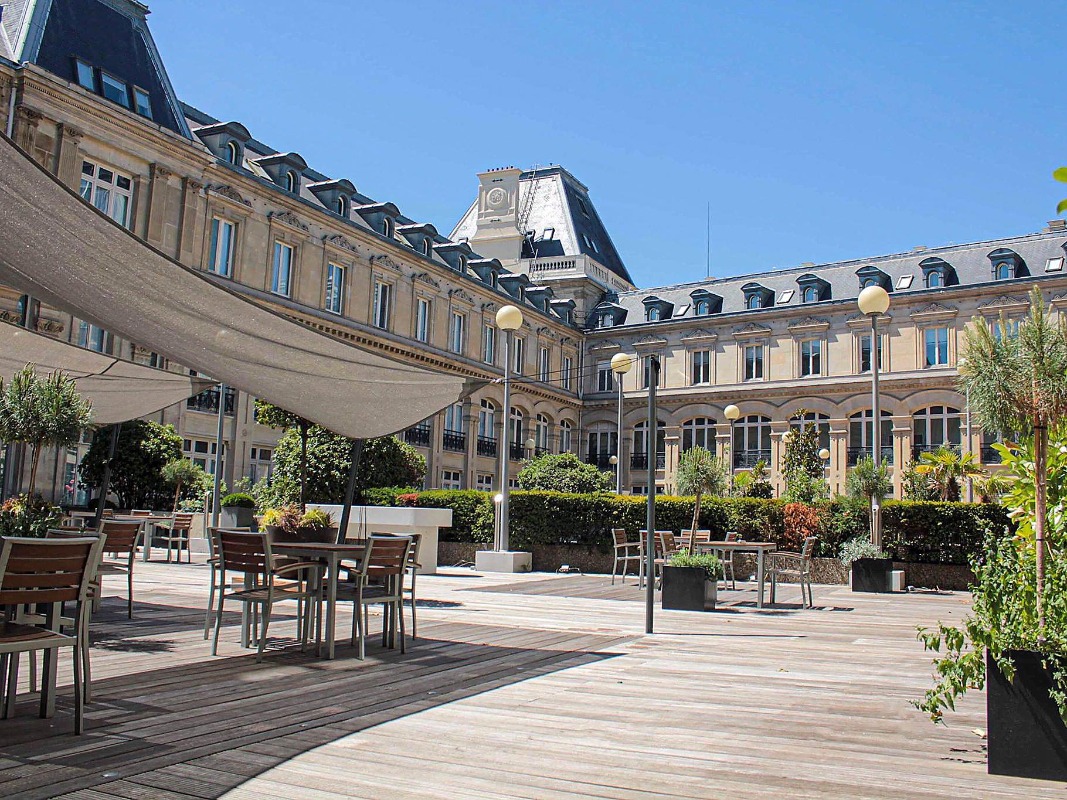 “These properties demonstrate the reinvention of one of the world’s largest upscale hotel brands and the continued commitment and investment from IHG in building the industry’s leading choice for business-class stays,” Crowne Plaza Hotels & Resorts said in a statement.

“The new Crowne Plaza flagship of the Americas, Crowne Plaza Atlanta Perimeter at Ravinia reopened in April 2019 following a total transformation, while milestone openings and renovations in Paris, Hamburg, and London will usher in a new era for Crowne Plaza in Europe.

IHG also announced it will expand its presence across Turkey with the signing of Crowne Plaza Ankara, located at the heart of the fast-growing Yenimahalle metropolitan district in Turkey’s capital. The modern four-star hotel will feature 189 guest rooms and is scheduled to open in 2022.

“From city centre business hubs to best-in-class airport hotels, Crowne Plaza is revolutionising business and leisure travel with incredible momentum,” said Eric Lent, Senior Vice President, Global Marketing, Upscale Brands at IHG. “These openings are a significant step toward our goal to be the first and definitive choice for upscale hotel stays around the world.”

Each flagship property will feature new designs for public spaces and guest rooms that are inspired by the continued guest demand for flexible spaces. The lobby design and guest rooms include distinct areas embedded with technology, empowering both guests and locals with the ability to work efficiently and relax on their terms.

Libby Escolme, Vice President, Crowne Plaza, added that the six new flagship hotels will set the standard for the future of the brand.

The flagship hotels are: Crowne Plaza London - Heathrow will undergo significant renovation and will re-open as a new flagship in early 2020.

In Europe, IHG collaborated with design studio Conran + Partners to challenge the preconceptions of a standard business hotel and to create more inspiring, practical spaces.

Crowne Plaza Paris Republique marks the first unveiling of the new fresh and bold vision for the brand in Europe. Whilst maintaining its unique nineteenth-century architectural features, the hotel will offer modern flexible spaces within its lobby. Hotel curatorial experts are assembling art from local artists to enhance the overall design approach. The stunning new design is now finalised for the first guests to enjoy while renovations continue.

Crowne Plaza Hamburg – City Alster will debut a new, flexible lobby experience in October and will be the first Crowne Plaza Flagship in Europe to offer signature guestrooms with distinct spaces for work, relaxation and sleep.

The rooms will offer an improved sense of space and ergonomics with thoughtful design, as well as a better night’s sleep with improved acoustics and enhanced bedding.

Crowne Plaza London – Heathrow will undergo a significant renovation and will re-open as a new flagship in early 2020. The hotel will feature a beautiful new design with an upscale restaurant and ample flexible meeting spaces. The Crowne Plaza Atlanta Perimeter at Ravinia completed its transformation in April 2019 following a nine-month closure and renovation.

The hotel has reopened with 495 of the signature and patented WorkLife guestrooms; three restaurants designed in collaboration with Kimpton Hotels & Resorts, another IHG brand that focuses on delivering outstanding restaurants and bars; and also features 32,000 square feet of meeting space.

Crowne Plaza Shenzhen WECC will be a design-forward hotel located near the Shenzhen Boa’an International Airport and next to Shenzhen World Exhibition and Convention Centre, which will be the largest convention centre in the world.

This hotel will also be the first Crowne Plaza in Greater China applying the new modern design of guest rooms and flexible space to offer an enhanced guest experience. The property will feature 1,400 square meters of meeting space with five meetings rooms, including a grand ballroom that seats up to 500 guests.

Australia will continue the rollout of innovative design and functionality with three new-build Crowne Plaza hotels in Hobart, Adelaide and Sydney’s Darling Harbour in early 2020.

Major enhancements have also been busily underway across Australia, including the 12-month $25 million refurbishment of Crowne Plaza Melbourne Southbank. Phase one transformed the hotel’s 402 guest rooms and bathrooms with modern, muted tones, workstations and oversized bathtubs, while phase two will unveil later in the year with an overhaul of its outdoor pool area, gym, lobby and restaurant.

Crowne Plaza Coogee Beach will unveil its exciting muli-million dollar renovation just in time for summer in late 2019, involving the redesigning of all guest rooms as well as a new lobby and upgrade to the restaurant and bars. By the end of the 2019, upgraded conference and event facilities will be available to guests at the NSW Central Coast’s Crowne Plaza Terrigal Pacific.

At the end of March, there were 427 Crowne Plaza properties and nearly 120,000 rooms around the world.