Who will be crowned CEO of the Year? Meet the finalists

Everything you need to know about the 12 finalists in the running for CEO of the Year at the 2020 Executive of the Year Awards. 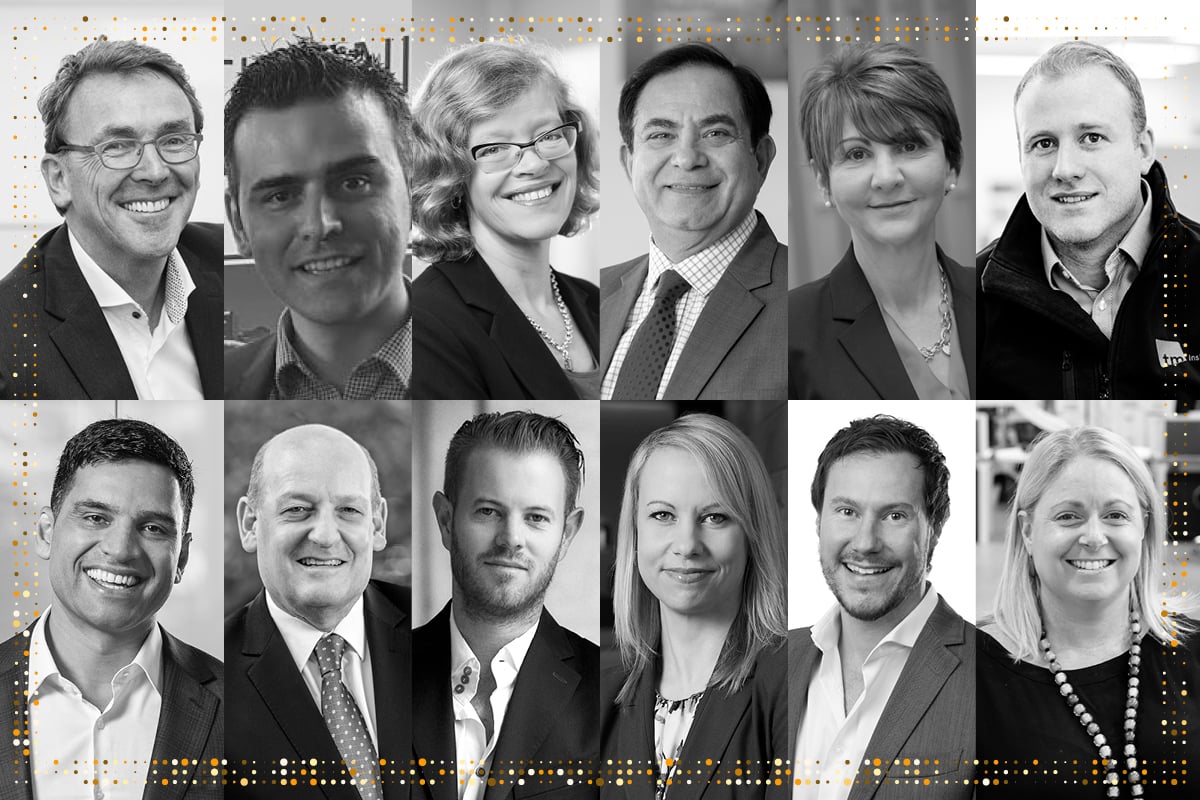 There’s no denying that 2020 has been a challenging year, but it’s in tough times that true leadership shines through. This year’s Executive of the Year Awards saw more than double the applications in the CEO of the Year category compared to 2019, making the task of whittling them down to 12 finalists all the more challenging. From innovative technology entrepreneurs to seasoned executives in traditional industries and everything in between, The CEO Magazine is excited to reveal the leaders in the running for the pinnacle CEO of the Year Award.

The winner will be announced at the virtual awards ceremony on 12 November. Learn more and register your attendance here.

VIEW THE FULL LIST OF FINALISTS FOR ALL CATEGORIES.

Louise has led Aurecon’s Australia and New Zealand operations since February 2019, after four years as the Regional Director for the company’s South Australia and Victoria operations. She is a strong advocate of female leadership and equality within STEM, receiving a high commendation in the 2016 Female Champion of Change category at Consult Australia’s Excellence Awards and a Chief Executive Women scholarship in 2018, among other accolades. Louise believes that in a post-COVID-19 world, leadership will need to be demonstrably different to how it has been over the past five decades. “We still need a mixture of the more traditional leadership qualities such as being decisive, intelligent, calming and being able to show a clear road ahead that builds confidence and hope,” she says. “However, an exceptional leader will need to build followership in a modern world where trust is at an all-time low. A leader will need to show empathy and, at their very core, be driven by purpose, not just profit.”

Mark entered the Executive of the Year Awards to shine a spotlight on the agribusiness sector, hoping to give it the recognition it deserves. “Australian agriculture – despite the turbulence and disruption experienced in 2020 – continues to shape the future of food for the benefit of Australians and the world,” he says. “The sector is remarkably stable, consistent and an under-recognised driver of Australian jobs, skills, innovation and growth.” The executive was appointed CEO and Managing Director of Elders in May 2014, bringing more than 40 years’ agribusiness experience to the role. He has been with the company since 2009 when he joined as a Non-Executive Director. Mark’s core focus is on setting and implementing Elders’ Eight Point Plan to achieve earnings growth and ensure sustainable returns on capital over the full agricultural cycle.

Kath made global headlines when she introduced a four-day working week to her workplace VERSA, becoming the first Australian agency to offer this kind of arrangement. She says that, as a result, profits and revenue increased significantly and staff retention improved. “When I started the agency 10 years ago, I recognised there was this problem, particularly with women but across the whole industry, that people were leaving to go client-side because they couldn’t make it work with their different commitments – whether they wanted to start their own business or have kids or whatever,” she told Business Insider Australia in 2019. Kath is passionate about gender equality, flexibility and the future of work, as well as ensuring that VERSA supports the mental health of its employees through various initiatives. This people-centric approach has positively impacted the success of the tech business, which creates “world-first experiences across voice, digital and mobile” through the use of data, design, voice, conversational AI and other emerging technologies.

Over more than 20 years, Travis has been making his mark on the construction and property industries. He and business partner Milan Andjelkovic founded TM Insight in 2010 after losing their senior corporate jobs in the aftermath of the global financial crisis. The pair recognised significant market demand for their business idea and went for it. Travis is inspired by Sir Richard Branson’s “risk-it-all attitude”. He says this mindset helped him to take the leap to launch the business, even during a time of economic uncertainty. “We knew we were filling a gap in the market and took note of Richard Branson’s entrepreneurial spirit to go for it,” he says. TM Insight specialises in supply chain management and commercial property services, offering expert solutions that are innovative.

Kate believes that good leaders have the “ability to recognise that learning is a lifelong process”, adding that there is “always something new to learn from peers and role models”. Her inspiration? Jillian Broadbent AC – a highly accomplished Australian businesswoman and non-executive director. As a graduate analyst, Kate was grateful to observe Jillian in action while she was an adviser at Bankers Trust Australia, and her respect and admiration for the leader quickly grew. “As I followed her career, her accomplishments and ways of influencing people, and later her contributions in so many sectors, continued to inspire me,” Kate shares. Now the CEO of LGIAsuper, a role she started in April 2018, Kate has been able to put all she’s learned into action, resulting in the members-first super fund going from strength to strength.

David founded Cleaning Melbourne 12 years ago, fuelled by a desire to achieve a level of success that would enable him to help others. His parents were his inspiration for setting up the business – they migrated to Australia with little money and worked extremely hard to ensure they could provide for their family. David remembers the stigma surrounding his mother’s work as a cleaner, which was a key motivator for him wanting to ensure that she, and others, could enjoy a “safe, dignified and fair work environment”. Cleaning Melbourne has grown exponentially over the years, today offering a wide range of professional cleaning services to commercial clients across the Melbourne CBD and metropolitan areas. It has 200-plus employees. As CEO and Managing Director, David leads with empathy and integrity.

As the leader of ASX-listed fintech firm MoneyMe, Clayton has a track record of delivering results for his staff, clients and stakeholders. The company was founded in 2013 as an innovative alternative to traditional banks, targeting the millennial generation. Clayton says he is most inspired by his team because they drive him to “be an incrementally better leader every day”. “Being the best I can be means finding new and meaningful opportunities to tackle, building a vision and strategy that complements our values – always focusing on our customers and their needs – and, in turn, inspiring a high-performance culture,” he says. Leadership isn’t about waiting until you’re ready but rather diving in headfirst while being open and willing “to learn, adapt and transform”, he adds. MoneyMe has a number of accolades to its name, including the Optus My Business award for Fintech Business of the Year in 2018.

Sanjiv finds inspiration from two people who have shaped him as a leader. The first is his 90-year-old father whose “hard work, forgiveness and mantra that if you do the right thing then the right things will happen to you in your life” influenced him greatly. The second is Gina Rinehart, Executive Chairman of Hancock Prospecting and inaugural recipient of the Lifetime Achievement Award at The CEO Magazine’s 2019 Executive of the Year Awards. Sanjiv cites her “unparalleled vision, persistence and personal commitment to achieve an objective” as reasons why he’s inspired by her, adding that she has an “enormous capacity to continually support her people and community through her philanthropic and system leadership perspectives”. Hancock Prospecting took full control of Atlas Iron in 2018, appointing Sanjiv as CEO. He’d been with Roy Hill since 2011, holding several different roles. Today, guided by his 30-plus years’ experience in the mining sector, Sanjiv is committed to sustainable practices and contributing to society in a meaningful way through his work as CEO.

Marisa is inspired by hearing and learning from “everyday Australians who have achieved the extraordinary”. And luckily for her, as the Group CEO and Managing Director of UOW Global Enterprises, she sees this in the organisation’s 18,000 university students all the time. “Nothing is more inspiring than our students who not only embody our values but represent our future,” she says. “Our students give me hope, energy and constantly remind me why I love the work I do.” UOW Global Enterprises is a subsidiary of the University of Wollongong that supports the organisation’s strategic objectives for international student growth. It has four campuses around the world in Australia, Dubai, Hong Kong and Malaysia, offering quality higher and vocational education and training. Marisa is focused on driving organisational change and delivering outstanding academic quality and operational results.

Mark’s career with CouriersPlease began 17 years ago in the operations department. After moving his way through a variety of roles, his skills and experience culminated into the CEO position, which he accepted in 2015. Since then he has worked hard to evolve the business and lead it through a significant digital transformation, cementing its place in the ecommerce revolution. Mark has been instrumental in doubling the company’s turnover, expanding geographically, and increasing the number of franchisees and staff. He is inspired by Robert Iger, former CEO of The Walt Disney Company, for his “integrity and empathy” – values he believes are evident in the most exceptional leaders – and by Mark Bouris, admiring his availability “to lend his time to help grow and improve Australian business”.

Anthony was involved in the success of two early-stage tech startups – prior to launching neo-lender Wisr in 2015. His company’s overarching vision is “to bring financial wellness to the world by reinventing what a consumer lender can be”, and if its track record is anything to go by, it’s doing just that. Today, Wisr is ASX-listed, valued at almost A$219 million, with a bevy of awards under its belt. As a leader, Anthony believes that culture and the way you choose to lead your team is of utmost importance. “At Wisr, I have made leading our people to help them fulfil their potential my most important task and one that I focus on each and every day,” he says. Always guiding his approach is Wisr’s purpose to “help everyday Australians access smarter and fairer credit” through the fusion of emerging fintech and reliable lending processes.

The fourth-generation retailer and head of Winning Group made his mark on the family business well before being appointed CEO in 2011. Recognising the trend towards ecommerce that was beginning to come out of the US, and aged just 21, he launched Appliances Online to take the company’s product offering to customers in a way that hadn’t been done before. Order volumes increased dramatically, and the initiative proved a great success. Today, as CEO, John oversees the entire Group, which includes six brands and 1,000 employees. He’s on a mission to create “the best shopping experience in the world”, and innovation is at the foundation of this. “We pride ourselves on taking the traditions of customer service and bringing them into a modern context,” John told The CEO Magazine after winning Retail Executive of the Year and Runner-Up CEO of the Year at the 2018 Executive of the Year Awards.