What a decade of celebrating Australia’s top executives looks like

Celebrating 10 years of The CEO Magazine's Executive of the Year Awards, we take a walk down our glitzy award lane to discover what new ventures our previous winners have set their sights on. 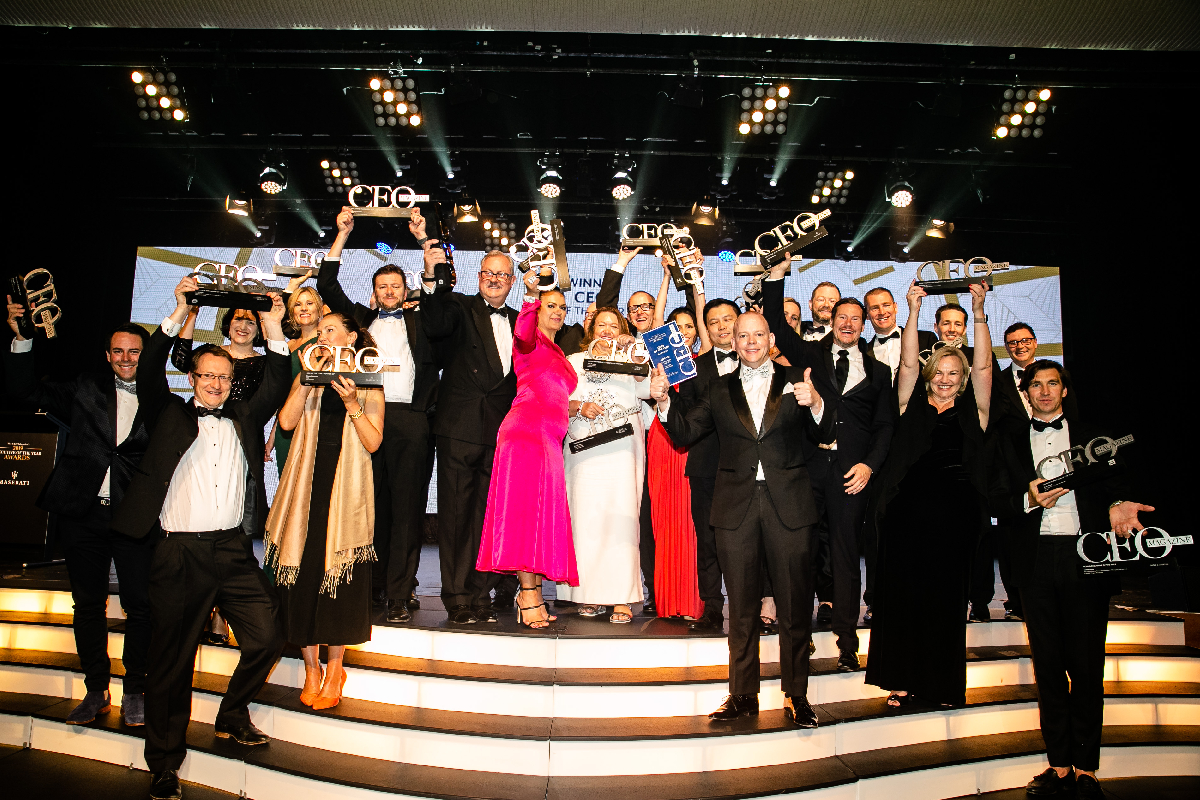 For the past decade, Australia’s top-performing executives, entrepreneurs and thought luminaries have celebrated their extraordinary achievements at The CEO Magazine’s Executive of the Year Awards.

As one of the nation’s premier C-suite events, the awards have flourished as a significant milestone on the corporate calendar.

Lauding the pivotal driving forces and crucial assets behind companies for the past decade, 223 top-performing CEOs, executives and business leaders have been recognised for their steadfast contributions to the industry.

As the countdown for the 10th Executive of the Year Awards begins (which is being held on 24 February 2022 –vaccination requirement TBC), we’re reflecting on some of the most inspirational past winners, seeing just how far they’ve come.

CHRISTINE HOLGATE – 2015 CEO of the Year

Then: CEO of Blackmores
Now: CEO of Toll Global Express

A true trailblazer, Christine Holgate has experienced many firsts; she was the first woman to be named The CEO Magazine’s CEO of the Year and the first female chief executive of Australia Post in 2017. Before landing the top job at the government enterprise, Holgate was responsible for doubling profits during her time at Blackmores Group. During the pandemic, she led Australia Post through the unprecedented parcel boom where profits reportedly leapt by 100 per cent. After coming under intense scrutiny for giving four executives Cartier watches, Holgate stepped down from Australia Post following “humiliation” and “bullying”. The criticism has fuelled discussions around gender equality, especially in corporate offices. Starting afresh, Holgate is now the Chief Executive of Toll Global Express – her former employee’s major competitor.

Five years in the tech world is a lifetime, and Suzy Nicoletti hasn’t wasted any time. Since first taking home the inspiring accolade in 2016, the executive has worked her way through the Twitter rungs, landing at the helm as Managing Director for Australia almost five years ago. The influential leader has been busy, not only at the tech giant, but also through her position as a Non Executive Director at Ovarian Cancer Australia – a cause close to her heart following her mother’s misdiagnosis.

When David Hackett’s name echoed through The Palladium at Crown in Melbourne for the pinnacle award of the evening, the CEO was completely taken by surprise, making him all the more deserving. Since the extraordinary moment, Hackett has gone on to juggle a number of roles at four organisations. As a Strategic Advisor at Financial Mindfulness, Managing Director at Tisiphone Consulting, Chairman of the Board at CampaignAgent and Non Executive Director at Merricks Capital, the business leader certainly isn’t fearful of taking on new challenges.

Then and now: Founder and CEO of ModelCo and MCoBeauty

One of the most iconic entrepreneurs on Australia’s beauty scene for 20 years, Shelley Sullivan continues to shine in the competitive industry. Just a year after she was crowned Retail Executive of the Year, Shelley collaborated with Karl Lagerfeld to launch the KARL LAGERFELD + MODELCO limited-edition colour cosmetics collection, achieving global recognition in 32 countries. During the pandemic, the leader relaunched ModelCo in line with its ‘Tested on Role Models Not Animals’ campaign. But it was her work with Celeste Barber that thrust the brand into the limelight. The comedian’s MCoBeauty make-up tutorial generated A$6 million in sales.

Mark Nielsen has 19 years of C-suite experience, with five-and-a-half of those having been spent at Talent International. It was during his role as APAC CEO and Executive Director at the technology and digital recruitment company when he was crowned the top accolade. Following on from that crowning moment, Nielsen is now the company’s Global CEO. Continuing his awards stride, the progressive CEO was also recognised among Deloitte’s Outstanding 50 LGBTI+ Leaders 2020.

EMMA HENDRY – 2018 Building and Construction Executive of the Year

For the first time in awards history, Emma Hendry was among an even split of men and women vying to be the 2019 CEO of the Year, prompting positive conversations around equality in the C-suite. Moving on from her role as Hendry Group’s CEO, the executive has embarked on a new challenge, launching a business offering strategic adviser, mentor and keynote speaking opportunities. She also joined TIKS Solutions as a Non Executive Director late last year and is championing women as an Advisory Board Member at Top 100 Women.

Then: CEO of SBS
Now: Board member of SurePact

His humble presence brought the 550-plus crowd to a hush when he became the top CEO in Australia – an engaging quality Michael Ebeid has continued to take with him through his subsequent leadership roles. In 2018, Ebeid joined Telstra as the Group Executive spearheading the Enterprise Division. Leaving to pursue other interests in late 2020, the executive has since joined the board of SurePact – a global partner of Microsoft. Not only has he been a game-changing CEO, Ebeid has been an instrumental advocate for marriage equality, lighting the way for the corporate world.

With more than 12 years of experience, Kristofer Rogers has a wealth of expertise in the fintech industry. Following his CEO role at Split Payments – the world’s first open banking real-time payments platform – Rogers has gone on to fulfil a newly created role of Managing Director for Mambu. Deemed the only true software as a service cloud banking platform, the company experienced rapid growth into Australia and New Zealand during the pandemic. Wellbeing is also important to the leader, who became an Advisory Committee Member for Be Someone For Someone in 2020 and, more recently, is helping older Australians through his work as Ambassador and Strategic Advisor at Feros Care.

Then and now: Founder and CEO Transhuman

It was going to take more than a global pandemic to stop the Executive of the Year Awards, and it couldn’t have been more appropriate for Amanda Johnstone to be named Startup Executive of the Year. Recognised for her extraordinary efforts in saving lives across 87 countries through her app Transhuman, Johnstone uses state-of-the-art tech to influence mental health and break boundaries others avoid. Continuing her quest for innovation, the thought leader founded the Talk Nerdy To Me club on Clubhouse, attracting 200,000 members. A true leader in the field, Johnstone is also one of the top 100 verified accounts of BitClout (a social network for cryptocurrency), landing her among the top women in the world.

Then and Now: CEO and Co-Founder of Mad Paws

Arguably one of the most significant young executives to be crowned at the awards, Alexis Soulopoulos has thrived since the virtual ceremony. Almost seven years after co-founding Mad Paws – a pet services solutions venture offering dog walking and pet sitting among other products – the startup commenced trading on the ASX in 2021. It’s a phenomenal achievement made possible after the business raised A$9 million of venture capital, becoming the first startup to receive funding from Qantas. However, Soulopoulos was put in a scary position when COVID-19 hit. The pandemic led Mad Paws to launch a pet food subscription service, and the risk clearly paid off. The business was valued at A$40 million when it hit the ASX in March this year. 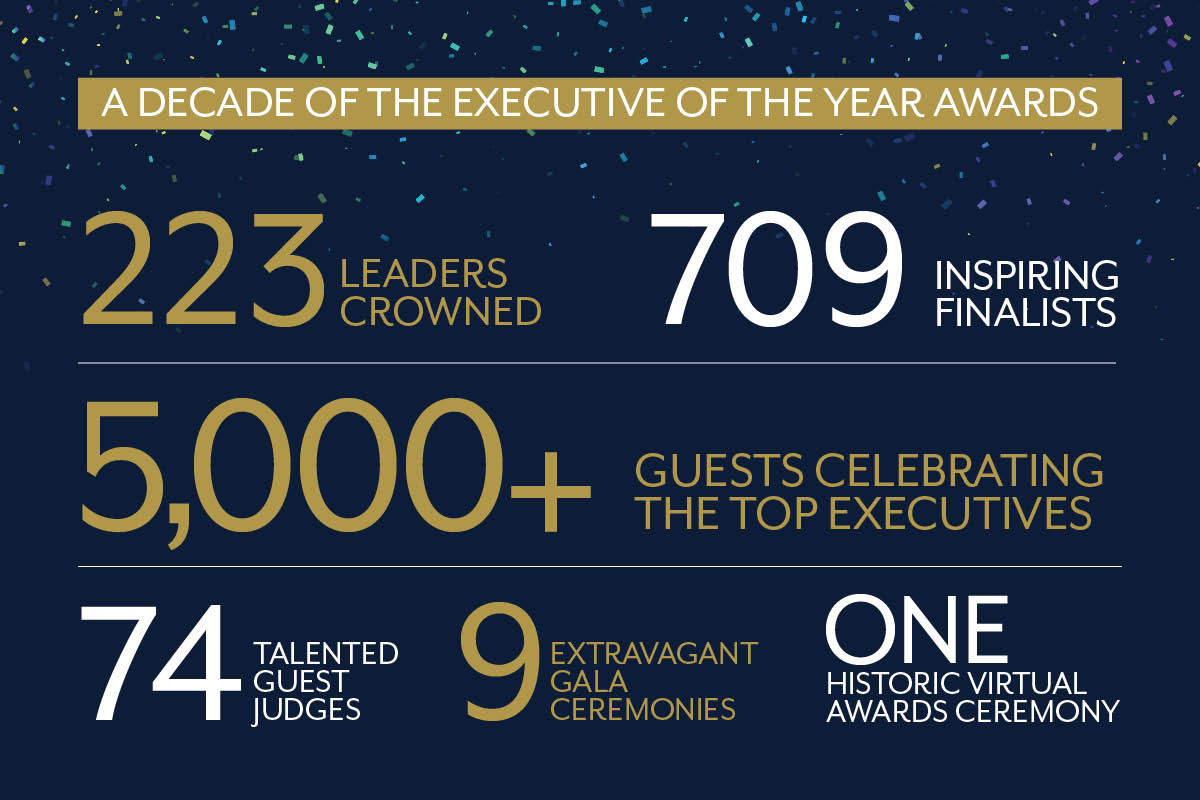