An executive suite on wheels: Is this the office of the future?

Improving on the DB11? Surely not! We take a look at Aston Martin’s first-ever monikered AMR to find out the truth. 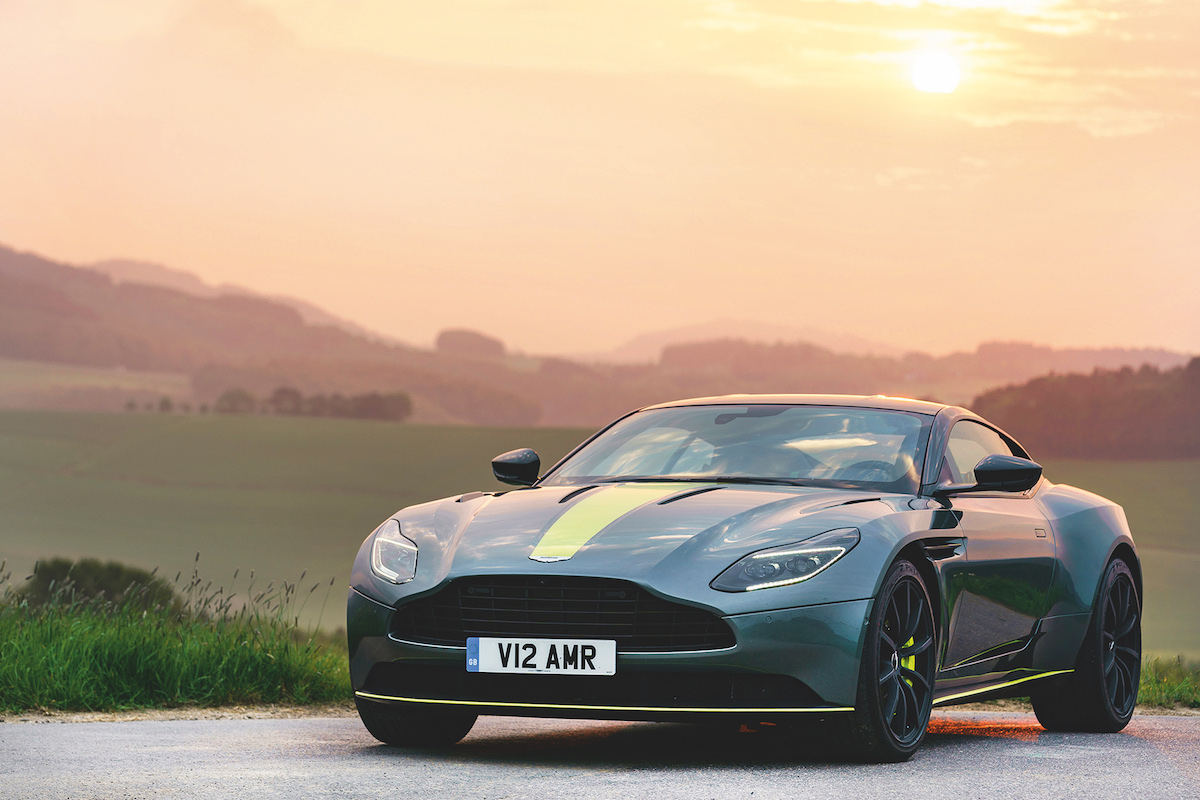 Some people, poor souls, just can’t bear to be away from the office, which might explain why they seek to buy cars that feel like an expensive, plush, leathery and luxurious executive suite on wheels.

In the impending future, come the autonomous-driving revolution, these people are going to be very happy indeed, because car companies are already working with airline-cabin designers to make vehicles that will feel like private jets inside (which are basically flash offices with wings).

For now, though, they will have to settle for driving something like the new Aston Martin DB11 AMR, while shouting at someone on speakerphone, making it feel more like they’re still at work.

Aston Martin has always done interiors that feel like they’ve been sourced from the plushest reaches of an antique shop, but this new DB11 – powered by a pulsating V12 engine and wearing the company’s first-ever AMR badge, designating its place as a “pinnacle performance model” – is something else.

The leather-lined loveliness of the dash, seats and doors is what you’d expect, as is the giant, fast-feeling, Alcantara-swathed steering wheel, but it’s the roof lining that really blows your mind. Perfect perforated leather with racing stripes, it is the Sistine Chapel of car cabins, and is indicative of the attention to detail on display in this A$426,000 masterpiece.

The feeling of quality and craftsmanship is only added to by the ride quality, and the hewn-from-granite steering feel. This DB11 does not body roll through bends; it dominates them, swooping imperiously into and out of corners, and making you feel unstoppable and in touch with the road – even as it is crushed into tiny pebbles by the awesomeness of your passing. 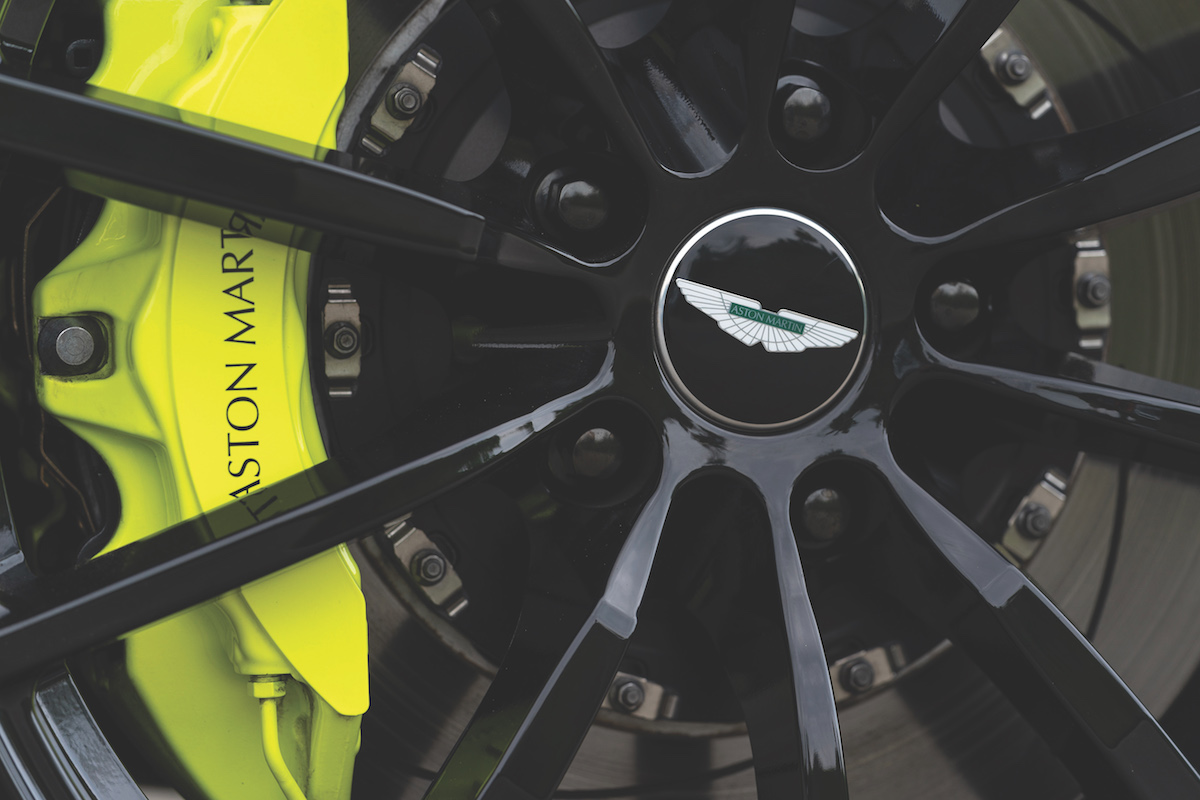 This DB11 does not body roll through bends; it dominates them, swooping imperiously into and out of corners, and making you feel unstoppable and in touch with the road.

What is strange about this particular DB11, though, is that it is meant to be sporty as well as classy, insanely crazed as well as refined. For this is the AMR version, named after Aston’s AMR Performance Centre, at the Nürburgring in Germany, where the company does all of its sportiest sports-car fettling.

In theory, this is where this more communicative, faster and “more honest” (the engineer’s colourful description) version of the DB11 was created, and therefore where it was launched to the world’s media.

Frankly, the idea of driving something as big, hugely nosed and powerful – its 5.2-litre V12 now makes a whopping 470kW and 700Nm, thanks to its AMR upgrades – around a racetrack as legendary for its dangerous delights as the Nürburgring was a little intimidating.

So it came as something of a relief to discover that they were unveiling the new car at the track, but then driving away from it on public roads.

Public roads in Germany, of course, are much like racetracks anywhere else anyway, which meant there were plenty of chances to test its claimed 0 to 100km/h time of 3.5 seconds
(a sharp 0.4 of a second faster than the standard DB11), and even its top speed of 334km/h, which is actually a legal pace on the speed-limitless Autobahn freeways.

Our bravery didn’t quite stretch that far, but we can report that this DB11 AMR can accelerate past 200km/h the way Usain Bolt accelerates past walking pace. It picks up speed with a kind of effortless ferocity that makes overtaking lesser vehicles as effortless as flicking lint off your shoulder. But a lot more fun. 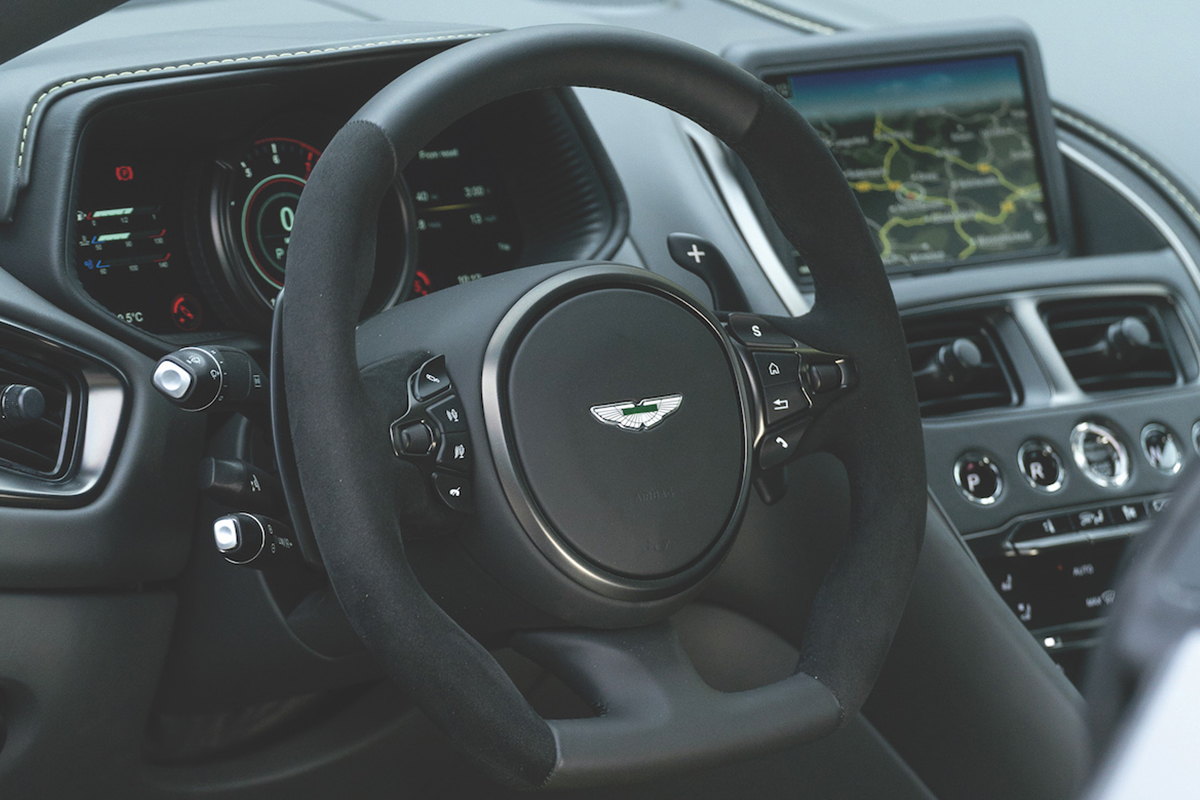 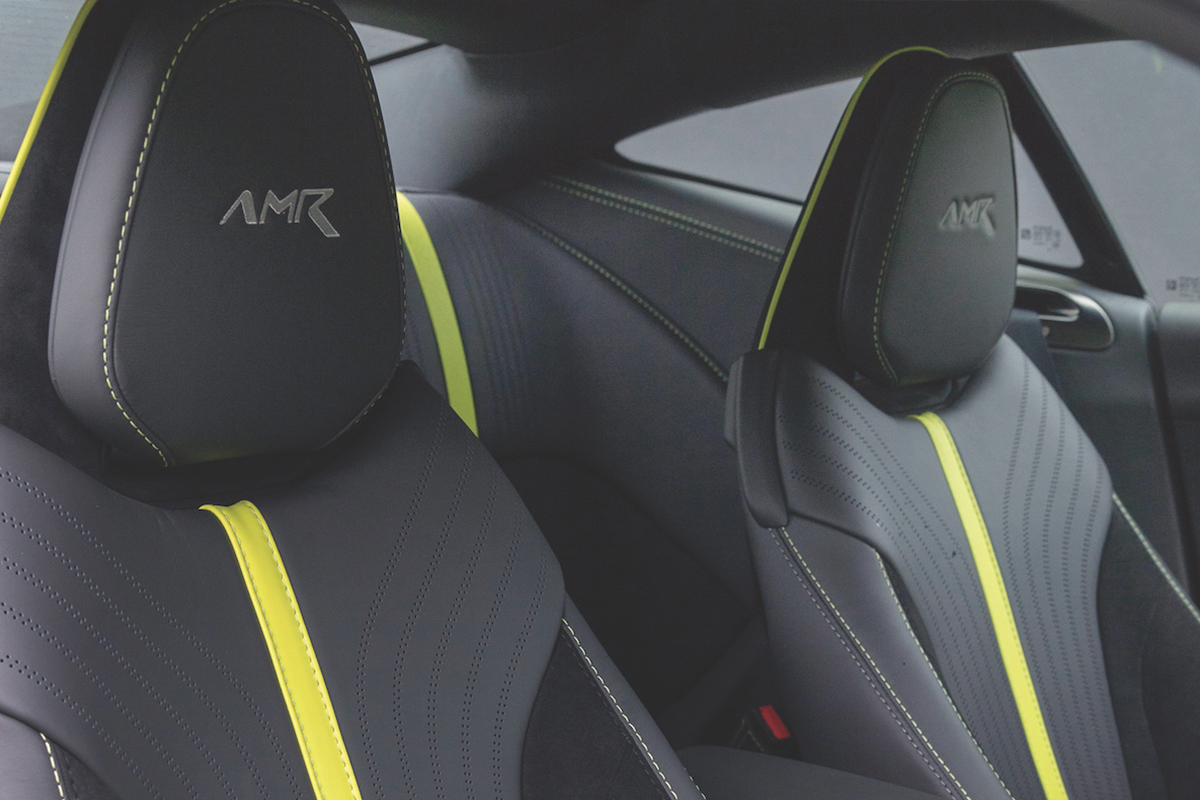 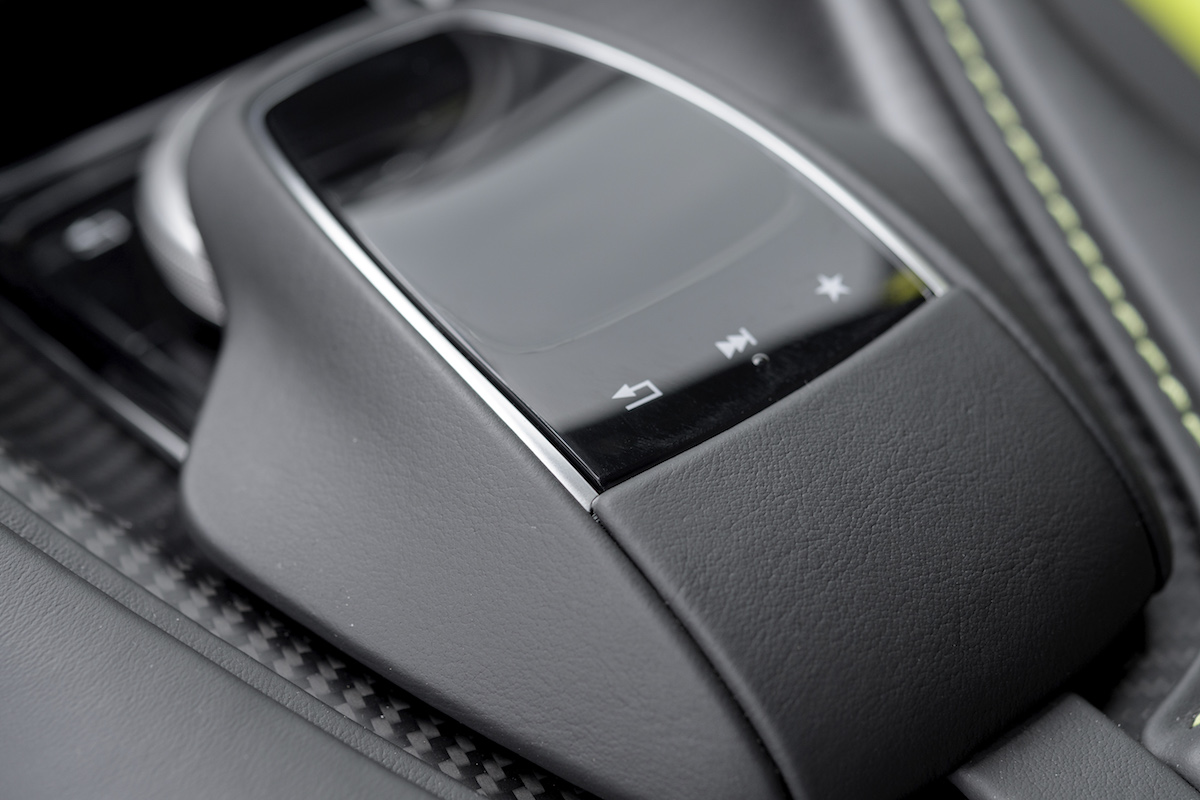 It picks up speed with a kind of effortless ferocity that makes overtaking lesser vehicles as effortless as flicking lint off your shoulder. But a lot more fun.

The DB11 has always been a grand tourer, designed for eating up multiple kilometres at whatever pace you fancy; cosseted in luxurious style.

The AMR version, of course, has to be something more, which is why it has a GT setting on the steering wheel, and then Sport and Sport Plus options as well (there are also three different settings for the suspension; from comfortable to skull-rattling).

Switch into these modes and you really are unleashing the psychotic, road-sniffing beast that dwells beneath what is an undeniably classy yet muscular outer shell. The gear changes become frantic, the exhaust – already loud enough to shake the bark off nearby trees – explosive and the whole demeanour of the car deranged.

It’s not an easy personality change for a car that weighs more than 1.7 tonnes to pull off, but thanks to its fabulous steering, raw grunt and delicate balance it successfully turns its Jekyll into Hyde most of the time. 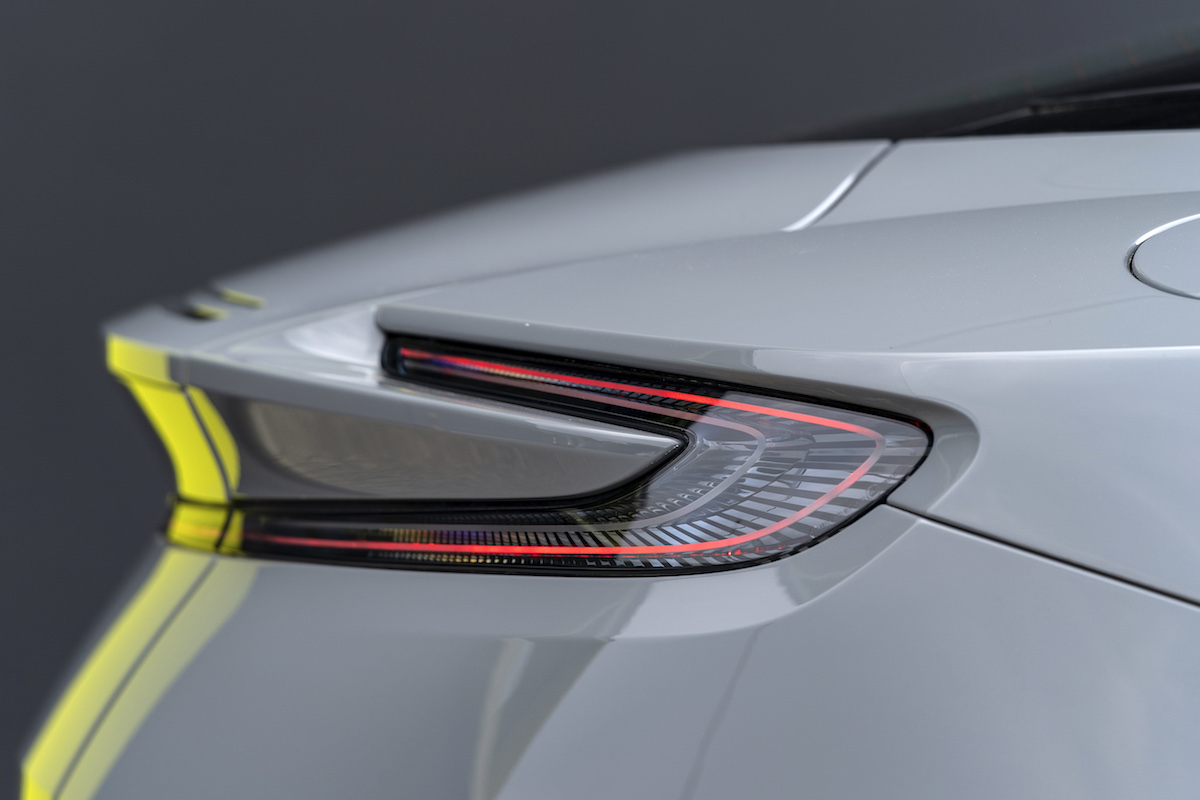 Sharp bends and hairpins are not your friend, however, because they bring all that weight into play when you’re trying to change direction quickly and the tyres scramble to keep up with the forces involved, which can be both scary and noisy. But on 90 per cent of roads, 90 per cent of the time, you’ll be having a ball while still feeling like you’re sitting somewhere posh, and knowing that you look pretty damn good from a distance, too.

And in set-and-forget GT mode, cruising at whatever speed you fancy over long distances, you’ll feel just like you’re still at the office. Only slightly more comfortable.

Want more from Aston Martin? We check out the marque’s extreme four-door, the Rapide AMR.