Aston Martin enters new era with Made in Wales mission

The luxury marque is making history as its first SUV drives off the production line. 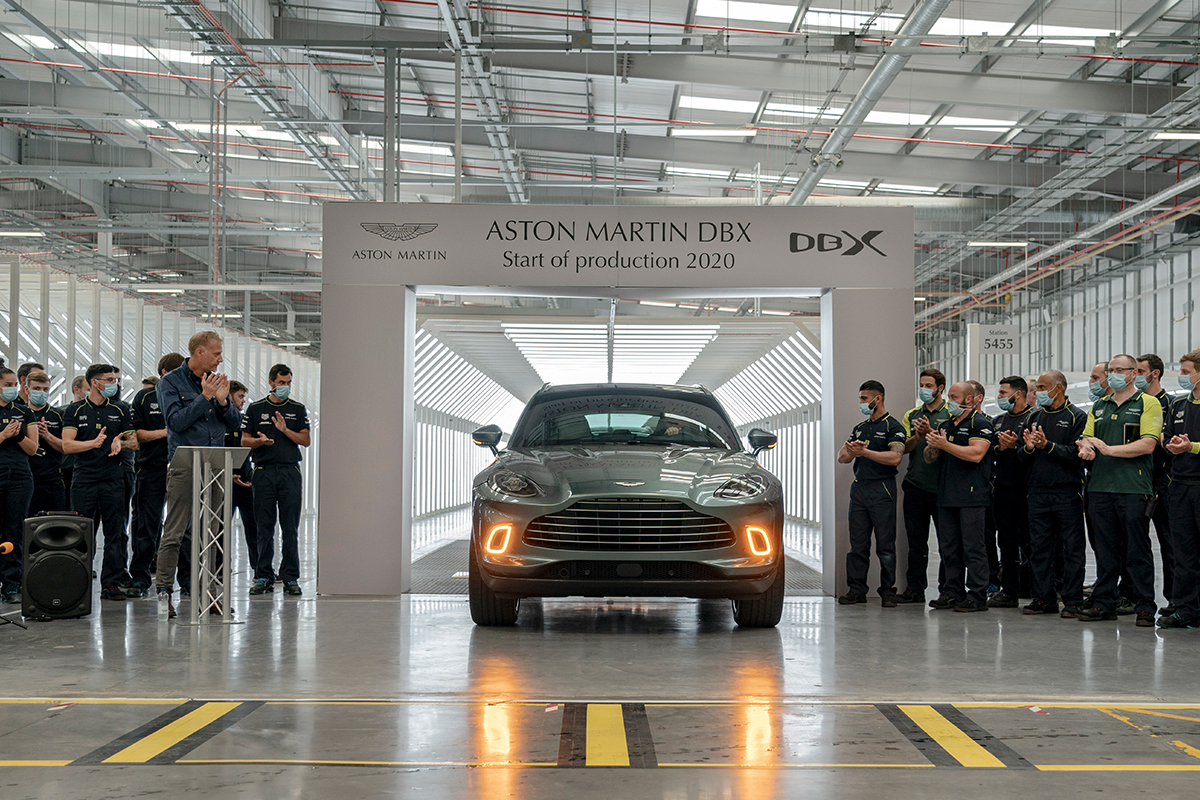 Born in a small London workshop more than a century ago, luxury car brand Aston Martin is now branching further afield into new British territory with its Made in Wales initiative.

The English automotive company has celebrated its first Made in Wales DBX SUV, which was driven off the production line last week, with the ceremony kept intimate due to COVID-19 restrictions.

Marking a new era in the brand’s prestige, the history-making moment illustrates the strength of the nation’s manufacturing abilities.

“The DBX has become the car that will drive Aston Martin into a bold new era.” – Marek Reichman

Retaining the spirit of the classic Aston Martin, the DBX is a captivating hand-built yet technologically advanced car – making it the perfect debut for Made in Wales.

“It is a real privilege to be here today to witness the completion of the first production Aston Martin DBX,” Keith Stanton, Aston Martin Interim COO said at the unveiling. “I’m extremely proud of the Aston Martin team who have worked so hard to transform this ex-Ministry of Defence site into a world-class car manufacturing facility, to now be producing cars – it is a testament to the resilience and fortitude of everyone at Aston Martin. 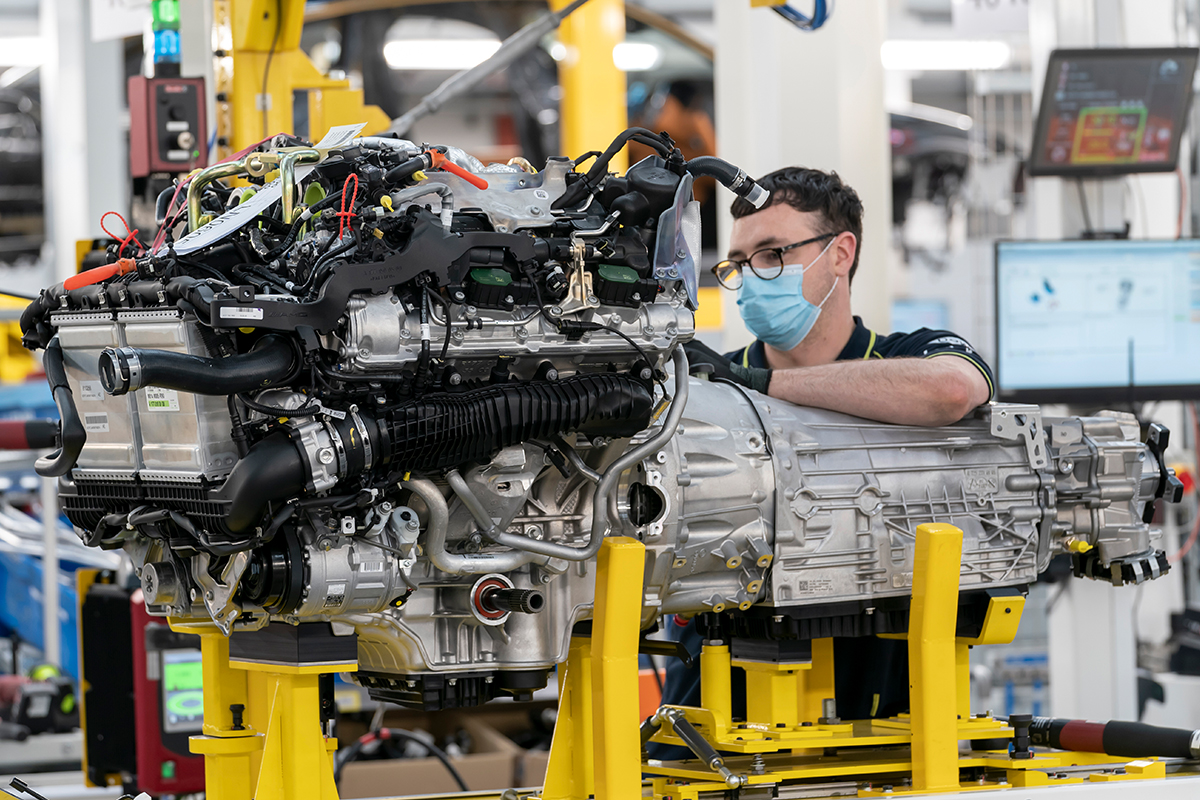 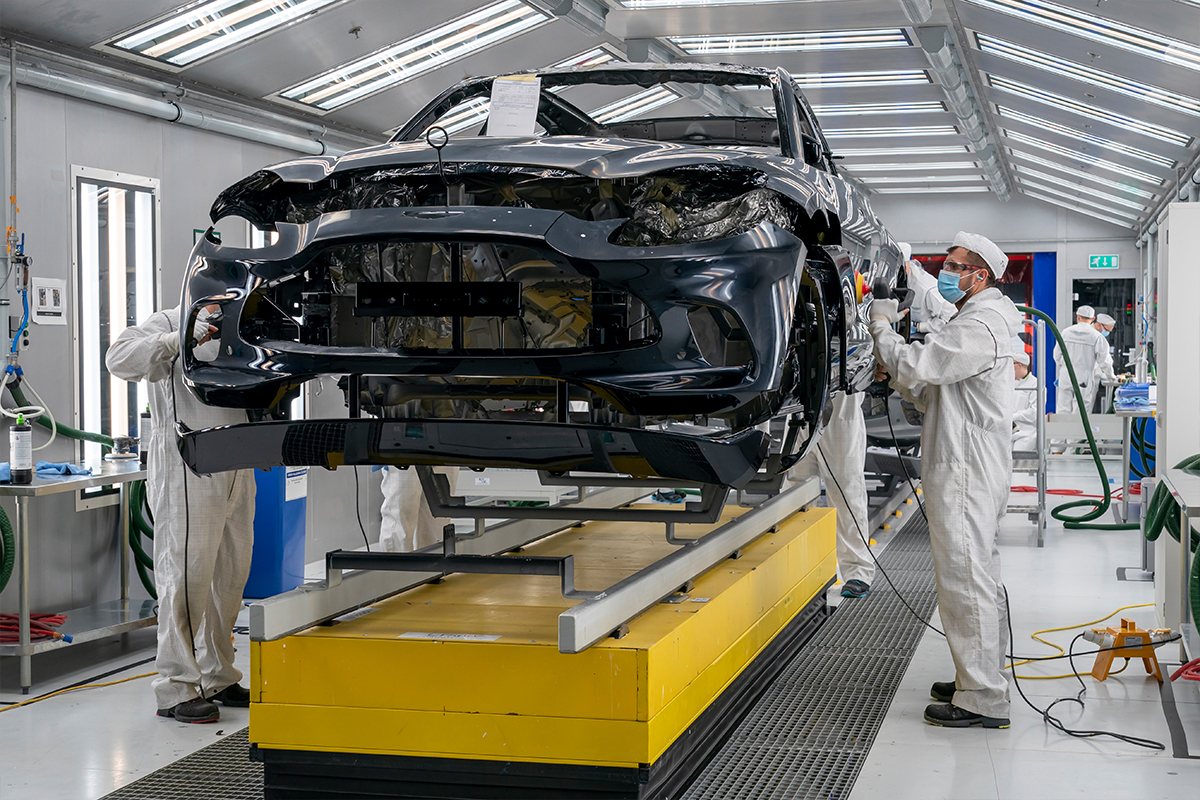 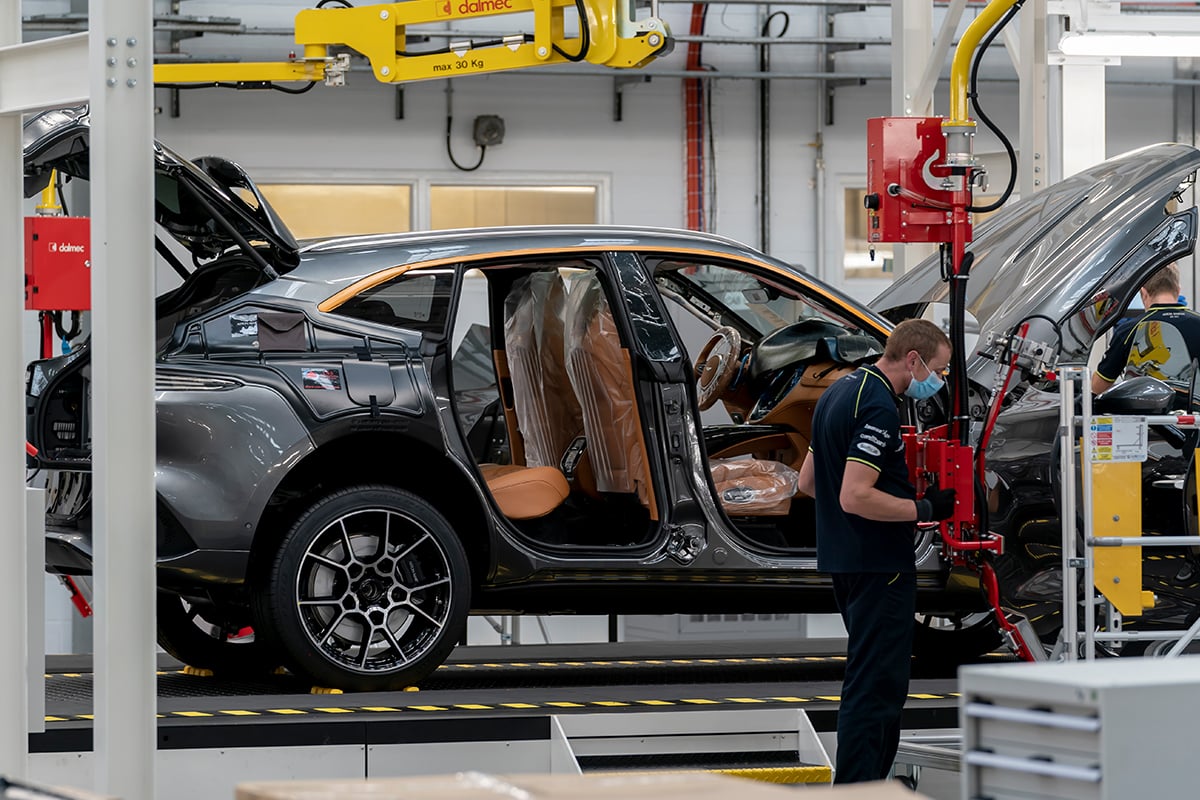 “It is an honour to see the first DBX come off the line and my only regret is that everyone who works for this incredible brand can’t be here to witness it.”

It took four years for the venture to come to fruition and the history-making moment took place at the new manufacturing facility at St Athan.

The creation of Aston Martin’s first SUV was led by Aston Martin Executive Vice President and Chief Creative Officer Marek Reichman, who experienced the magical moment when the vehicle was completed.

“We are incredibly proud of our first SUV, which is as much of an Aston Martin as any one of our sports cars,” Marek says. “From my design team to the engineers, the vehicle dynamics team and all the experts who handcrafted this beautiful car, here at St Athan, the DBX has become the car that will drive Aston Martin into a bold new era.”

Starting with virtual development in 2015 followed by physical testing in Wales in 2018, the journey marks the start of Aston Martin’s modern pursuit to deliver exceptional performance, style and usability previously unexplored by the marque.

Setting a bold new standard in the global SUV sector, the DBX fuses versatility and indulgence with the dynamic performance of a sports car.

Designed for many different road conditions, its all-wheel drive system enables the DBX to increase its presence in markets where the terrain is less appealing for rear-wheel drive sports cars.

Aston Martin believes about 80% of its SUV production will be exported and sold internationally, making the British marque’s newest fleet addition an incredibly important one.

“This is a historic moment for Aston Martin and for Wales,” says Ken Skates, Minister for Economy, Transport and North Wales. “It is also a huge win for the Welsh Government’s can-do attitude.

“The DBX is an exceptional vehicle from one of the world’s most luxury car brands, and it will be central to this iconic company’s growth plan and ambitions for the future.”

Despite the global pandemic altering many business plans for 2020, Aston Martin is on schedule to start the first deliveries of the DBX to its customers.