Back to the future of flying-car sounds – with Hollywood heavyweight Hans Zimmer brought onboard to create a soundtrack for the new BMW Vision luxury EV. 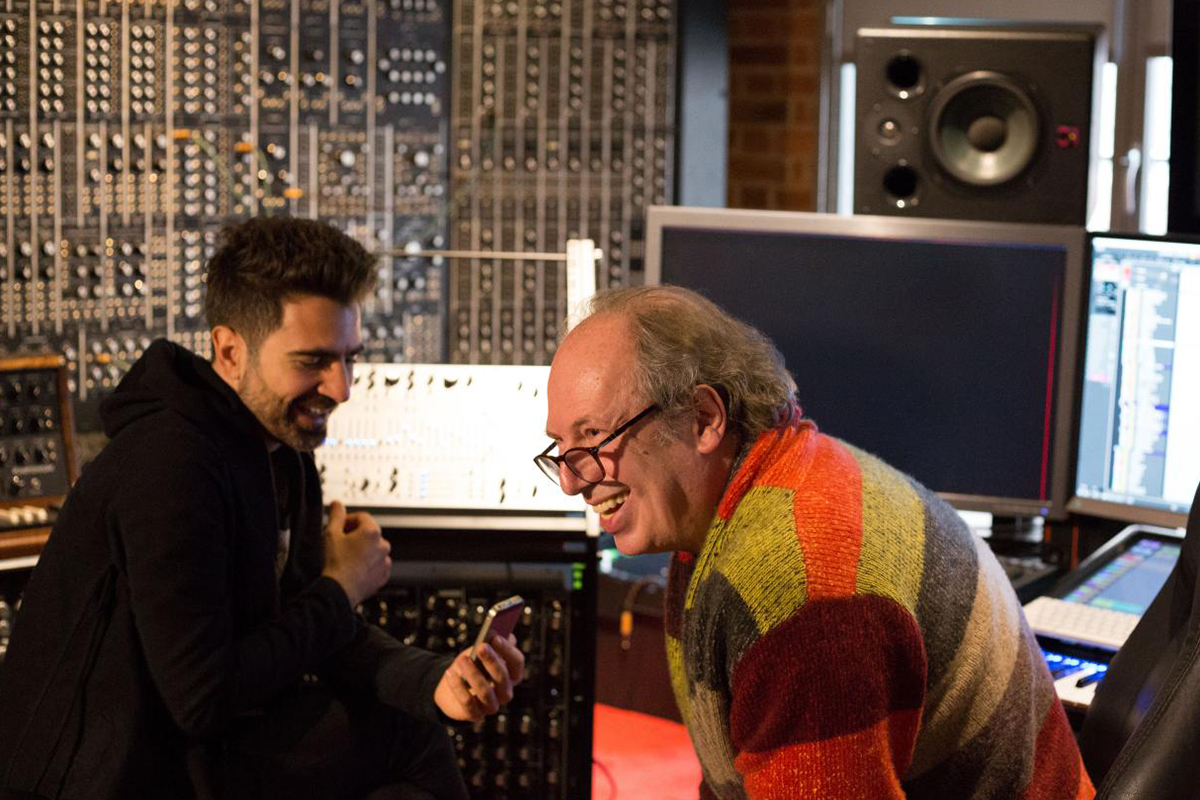 Hans Zimmer might not be a name that you immediately associate with BMW. Zimmer has, however, already delighted your ears many times, and greatly magnified the amount that you’ve enjoyed some of your favourite movies – as a hugely successful film-score composer, his job of decades. But for his next project, he’s decided to go a bit further and change the world.

For 62-year-old Zimmer, of course, the world is all about sound, and when BMW asked him to create the noise that all of its cars will make in the future – when silent EVs replace mechanical engine clattering with manufactured multimedia scapes – he very nearly ripped their arms off.

He may be German-born, but Zimmer is larger – and louder – than life, in a way that only a deep immersion in the alternative realities of Hollywood can make you.

As he enters his incredible man cave/recording studio (Oscar statuette in one corner, room replete with priceless paraphernalia from his movies, from Gladiator to The Dark Knight, The Lion King to The Simpsons), he booms, “Hello! I make noise, that’s what I love doing!”

Slinking in his considerable shadow is Renzo Vitale, BMW’s sound engineer, and the man tasked with getting Zimmer to come up with just a few ideas – rather than a million of them – for how electric vehicles should sound. 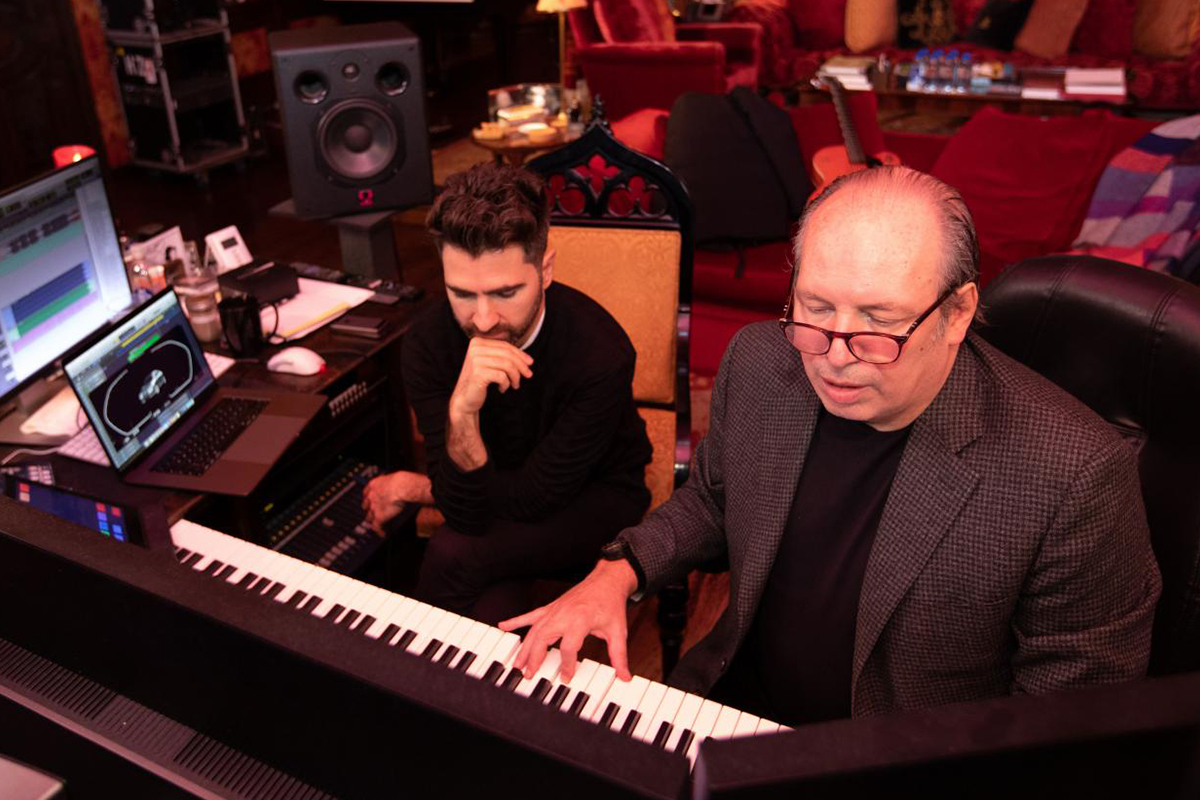 “As people who live by our ears more than anything else, both Renzo and I have had this dream of what happens when we no longer have the noise of engines, of going back to a time before the industrial revolution – I’m talking about us having a tabula rasa; rather than the necessity that things make a sound, we will have the opportunity to make the most beautiful sonic landscapes in the world,” Zimmer enthuses magnificently, and at speed.

“In the very near future, your car will be able to speak to you in a beautifully customised way.” – Hans Zimmer

Zimmer races off to explain that one of this first inspirations for creating new BMW soundscapes came to him when thinking about how awful the weather is in Munich, the company’s home and the city where he grew up. 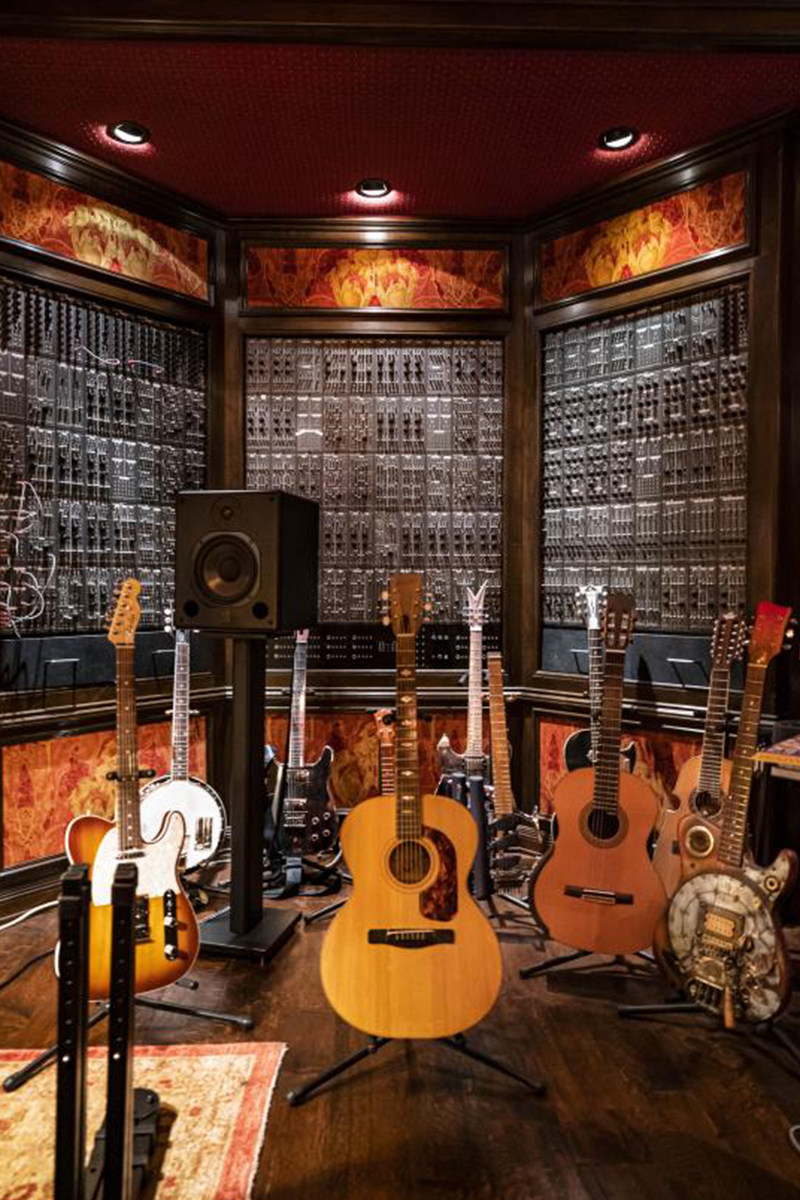 “So it’s miserable, it’s gritty, you’re going down to the garage, steeling yourself for the experience of getting in the car and getting stuck in traffic, and I thought, ‘wouldn’t it be great if the noise you got when you started your car could put a smile on your face, by having a sound when you press the Start button that makes you happier?’” Zimmer asks.

“I want us to be in the happiness business, the imagination business, that’s the door BMW has opened to us, and it’s hard for me to shut up, because I’m pretty excited about it.”

Zimmer’s idea for the start-up sound that will soon be incorporated into every model that BMW sells was based on something called the Shepard Tone, which he explains is a “sound that seems to move constantly upwards, even though it’s an illusion; it’s like M.C. Escher’s stairs”.

The sound he’s come up with – which you can listen to here – is best described as being like a spaceship designed by Daft Punk, with a touch of that Windows start-up bling that defined the 1990s.

BMW’s Renzo Vitale describes it as a combination of “human voices, glass fragments, single tones, open chords and multiple other round textures”.

Accelerating into the future

Zimmer, of course, leaps in to expand on that in typical style.

“What we’re going for is a car that feels like it’s accelerating into the future all the time, which is very easy for us to do in our sonic world, but It’s very hard to do in the physical world, without crashing into a wall,” he laughs.

“We have the chance to give things an elegance and a beauty that we couldn’t do before, because however refined and wonderful it is, the petrol engine is still just a mechanical thing.

“And there’s something wonderful that happens when we have electronics dancing for us.”

The particular and thus far theoretical car that Zimmer has been crafting new sounds for, the BMW Vision M Next concept for an EV sports-car future, allows the driver to be “a performer, using the gas panel to gain access to the modulation of sound, giving him the chance to express himself with emotion.” 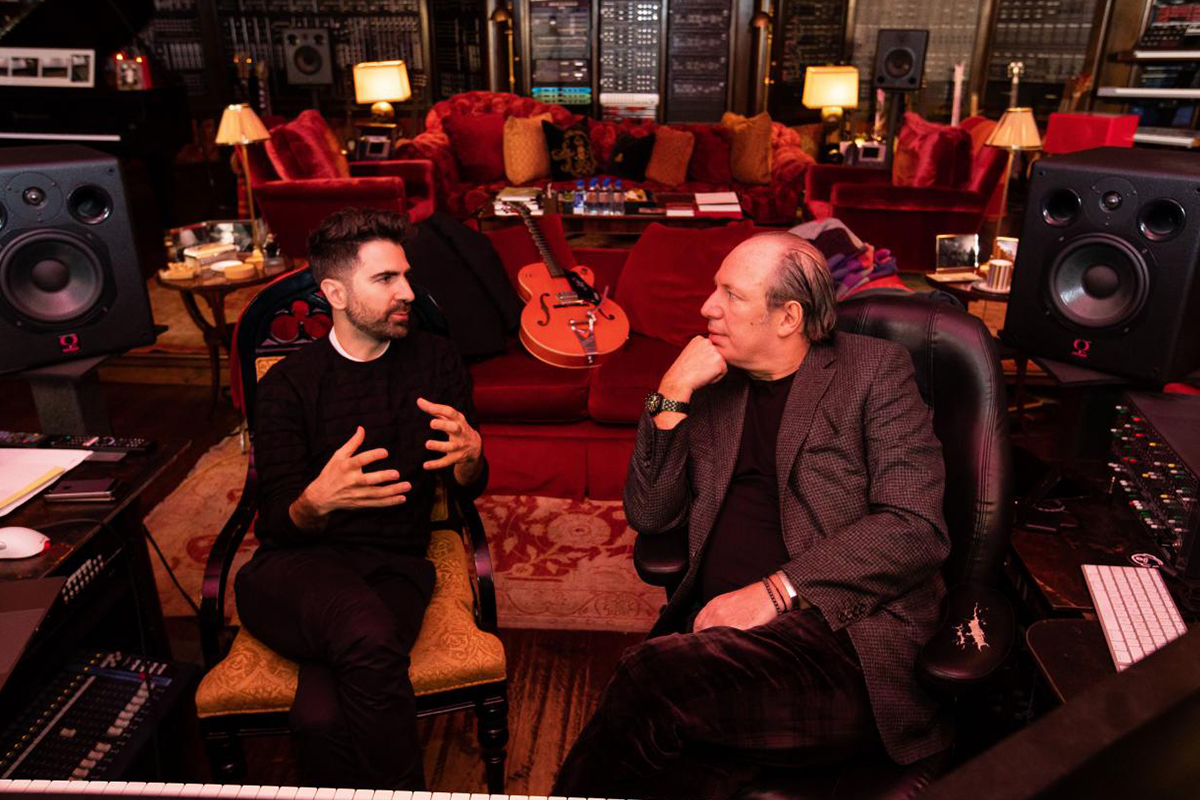 What this means in practice is that the faster you go, the louder, more strident and more sci-fi Zimmer’s sounds become, as they are pumped through the car’s speakers into the cabin. In particular, there is one Boost moment, when the car reacts to the driver calling for maximum-attack mode, which calls forth what can only be called as orchestral thrust.

Anyone who grew up as a fan of Back to the Future II and its flying cars and humming hoverboards is going to love the sound of BMW’s electric vehicles of the future.

It’s hard to imagine that anyone will be as excited about it as Hans Zimmer.

“We love the game of sounds, we love the playfulness that sounds can have, the humanness they can have, and we love that a machine can now have an identity. We feel we’re really at the very beginning of something, and we don’t quite know where it’s going and that’s the best part, it’s an adventure.”