Everything you need to know about the new Ferrari supercar: the SF90 Stradale

Exclusive: Ferrari reinvents the supercar – and speed itself with its fastest-ever model, the SF90 Stradale 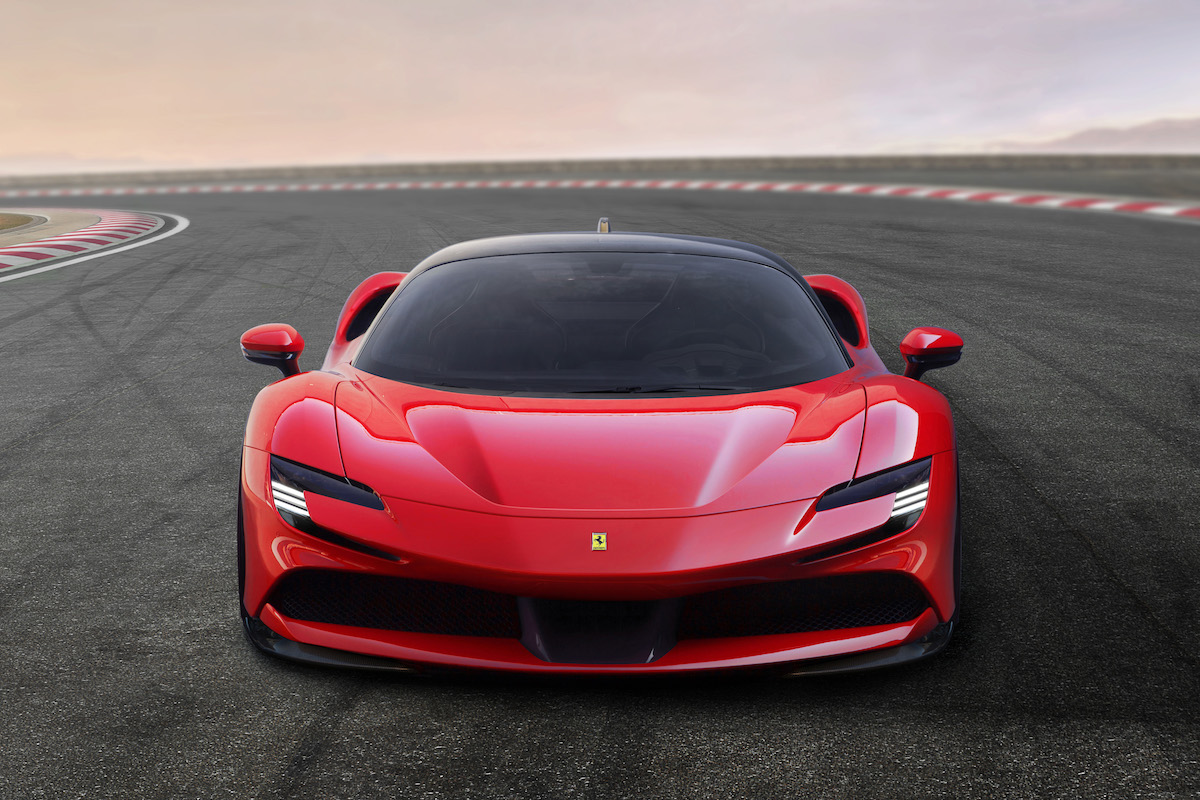 Ferrari’s new, $1 million-plus SF90 Stradale supercar doesn’t just move the goalposts when it comes to performance cars, it knocks them down, burns them and dances around the flames, laughing demonically.

With its 1,000 horsepower (736kW) it dwarfs even its own previous hyper cars – like the 812 Superfast and the La Ferrari (both 588kW), and becomes the fastest Ferrari ever, accelerating to 100km/h in 2.5 seconds, the same as a Bugatti Veyron, and just 0.1 of a second slower than a Formula One car.

Perhaps its most staggering number, however, is its 0 to 200km/h time of just 6.7 seconds, which humbles all other supercars. By comparison, the V12-powered Lamborghini Aventador, a very fast car, takes 8.6 seconds to reach 200km/h.

While you might expect this kind of ridiculous performance to be available in a limited-edition, special-project kind of car, the Stradale is actually what Ferrari is calling a “range supercar”, meaning it’s just your every-day, run-of-the-million-dollars-plus production vehicle. Anyone with the means to spend north of $1m (pricing is yet to be announced, and it could be as high as $1.5m in Australia), can have one.

For that money, they’ll be getting not only a super-advanced, plug-in-hybrid Ferrari – capable of driving up to 25km at speeds of 130km/h in whispering Electric Vehicle silence – but one of the most jaw-achingly stunning cars of all time.

At first glance, the SF90 Stradale (the SF is a nod to Scuderia Ferrari, its F1-racing team, which celebrates 90 years this year) seems almost unreal – more like a concept car for the future than something sold today.

But Ferrari’s chief designer, Flavio Manzoni, told those assembled at the car’s global unveiling in Italy that he was aiming for a “radical architecture” that combines the looks of a race car with the aesthetic of a space ship.

The move to modernity is continued in the super-slick and sexy interior, where one of the five “world firsts” Ferrari claims for this car is a 16-inch digital cluster, which, rather than sitting flat, is curved and shaped, to provide the kind of graphical depth that would make Steve Jobs weep.

Operated almost entirely by cool, haptic buttons on the F1-style steering wheel, it’s all part of Ferrari’s EOTR-HOTS approach, or Eyes On The Road, Hands On The Steering, and it really does bring to mind a space ship. 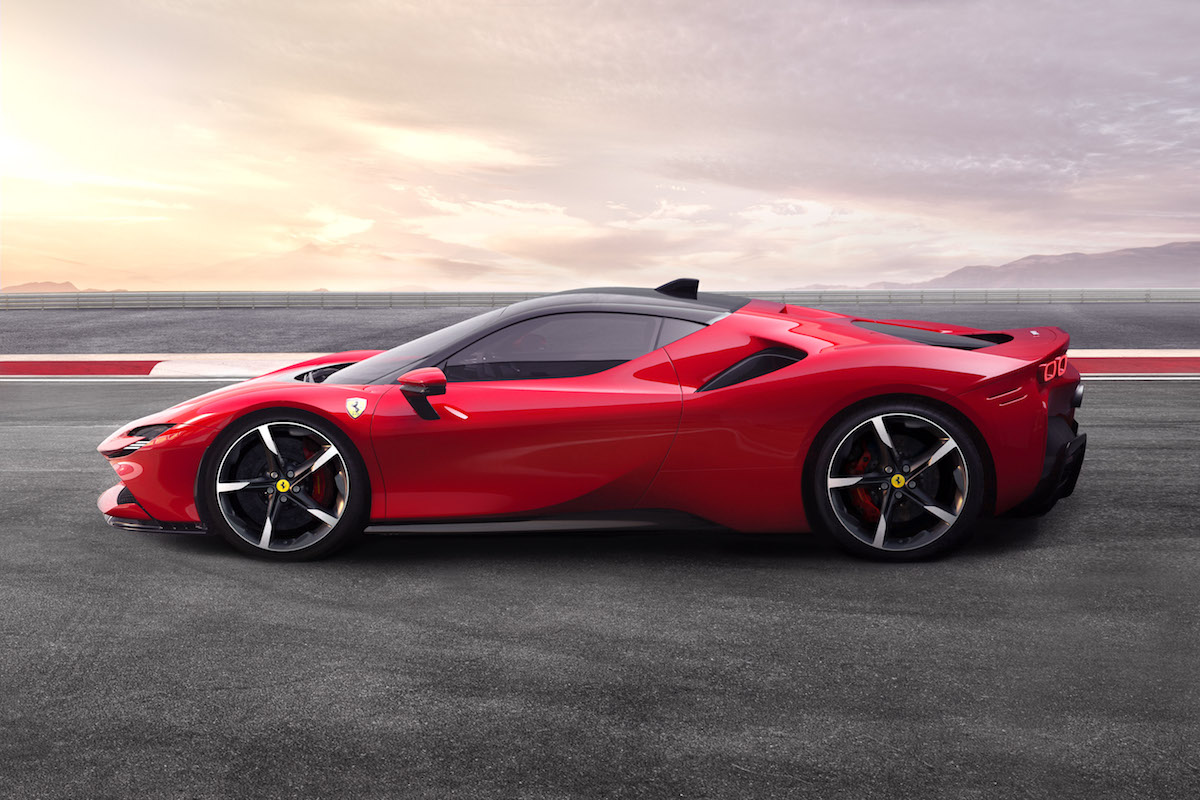 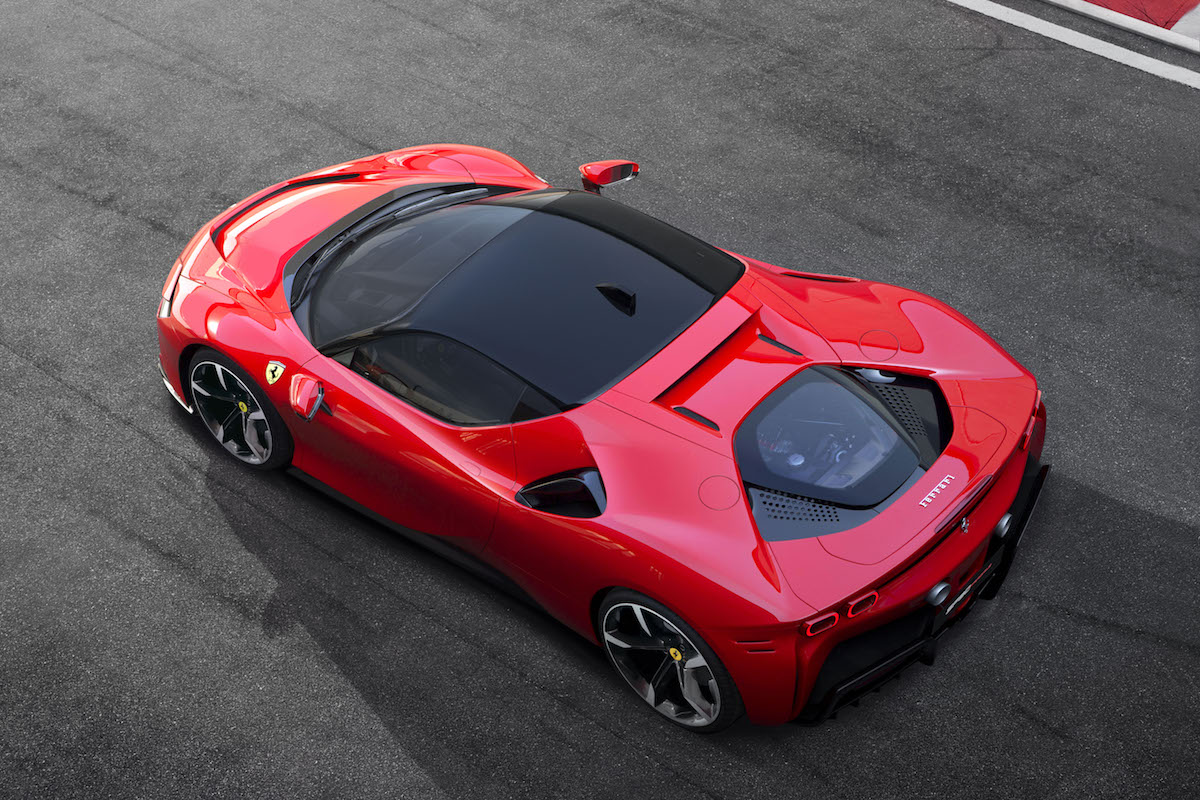 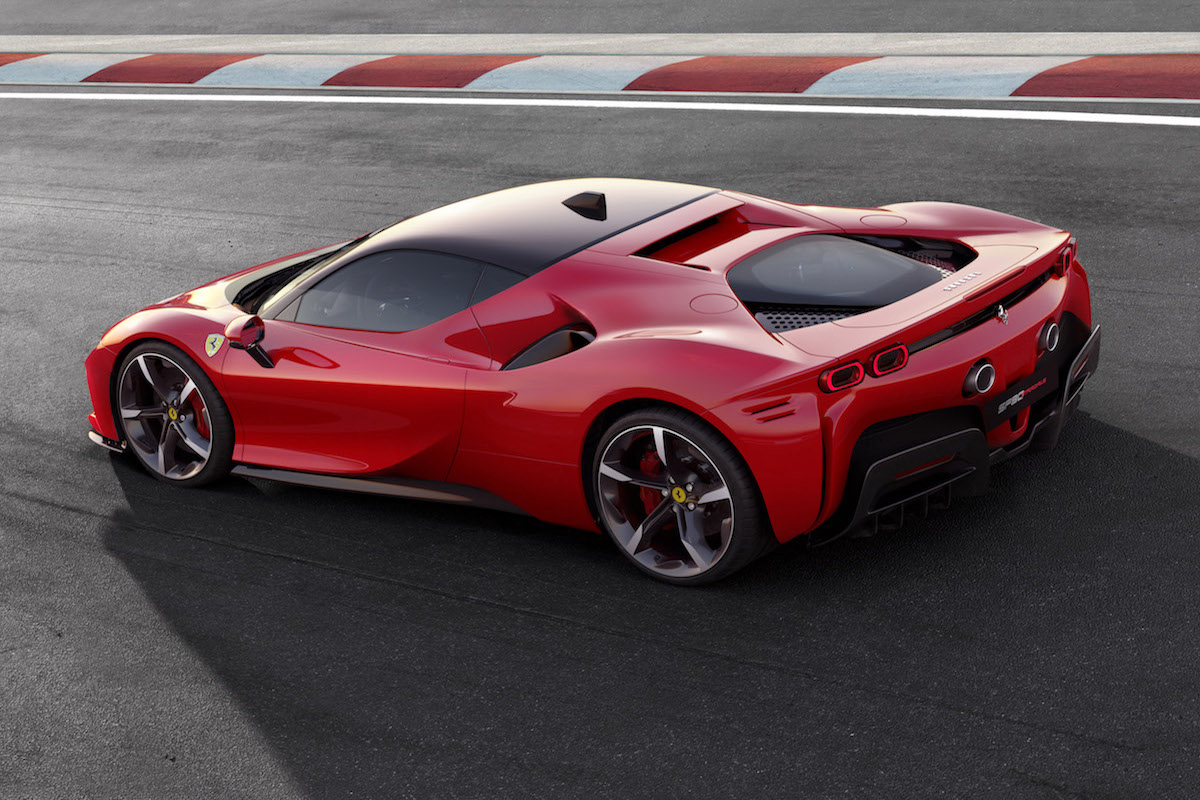 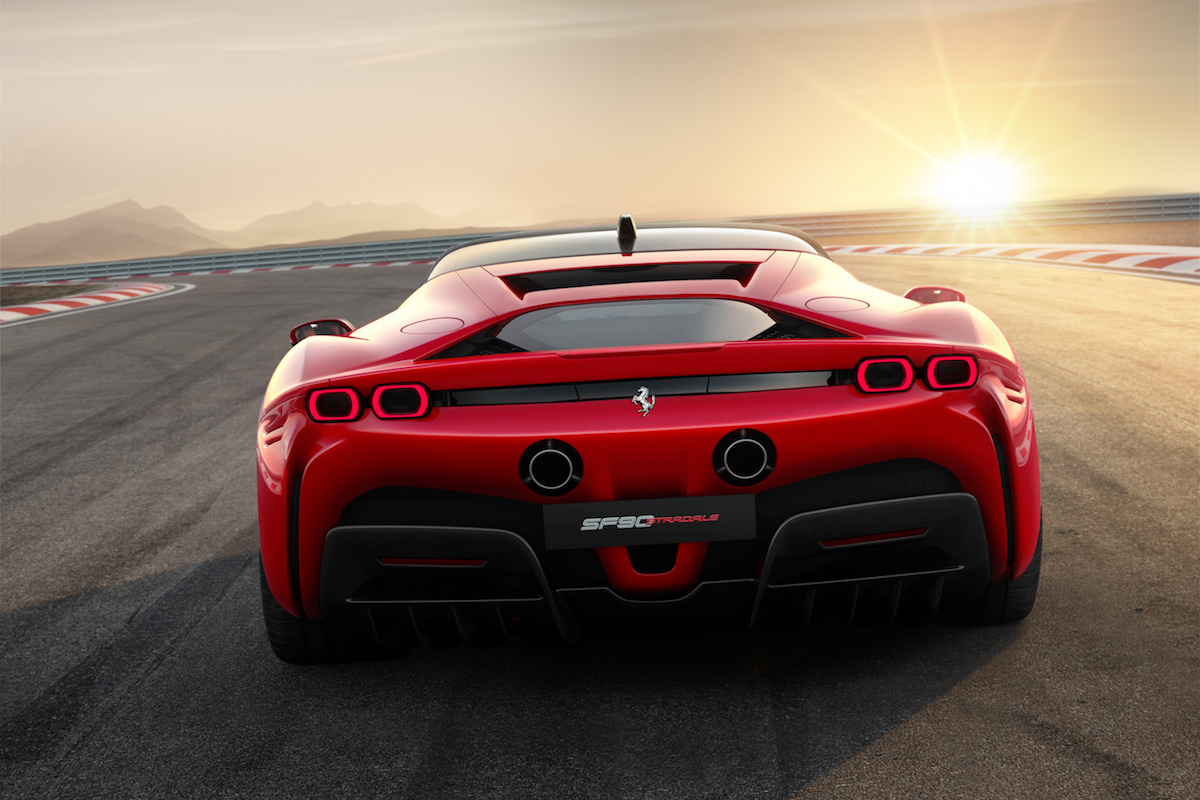 The power and torque of the fastest Ferrari?

It’s hard to imagine just how many g-forces drivers of this new Stradale will be dealing with as it uses more than 25 new control systems to manage all the power and torque (up to 900Nm of it) being provided by a completely new, 4.0-litre turbocharged V8 engine, good for 574kW on its own, and three electric motors – two on the front axle and another between the gearbox and the engine, which throw down another 162kW in total.

That gearbox is also all new, with eight gears instead of seven, and shift times dropped by 30 per cent, from 300 milliseconds down to just 200. The blink of an eye, in case you’re wondering, takes 300 milliseconds.

Select “Qualifying” mode, and you’ll get the full force of all of this power, and unless you’re an actual F1 driver, it will probably terrify you. Ferrari insists, however, that its new all-wheel-drive system, the first time it has been forced to use 4WD in a performance car, just to get all of its grunt to the ground, will make it easy, and thrilling, to drive fast.

The company even tested the car on ice, in the Nordic north, for several months, just to make sure it was drivable in all conditions.

While a plug-in hybrid might seem a strange choice for a company so famously associated with operatic engine noise, Ferrari believes its customers will appreciate, and regularly use, the EV technology, mainly so they can sneak out of the house quietly in the mornings without waking anyone, apparently. 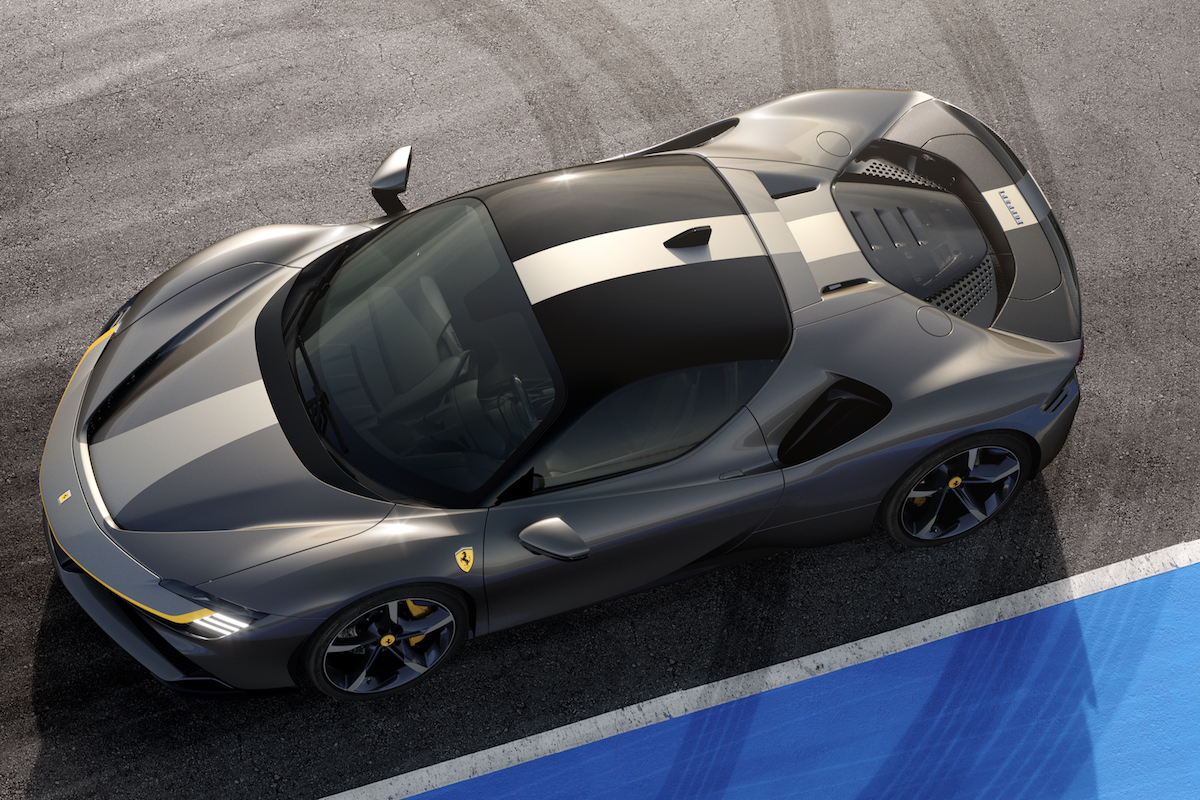 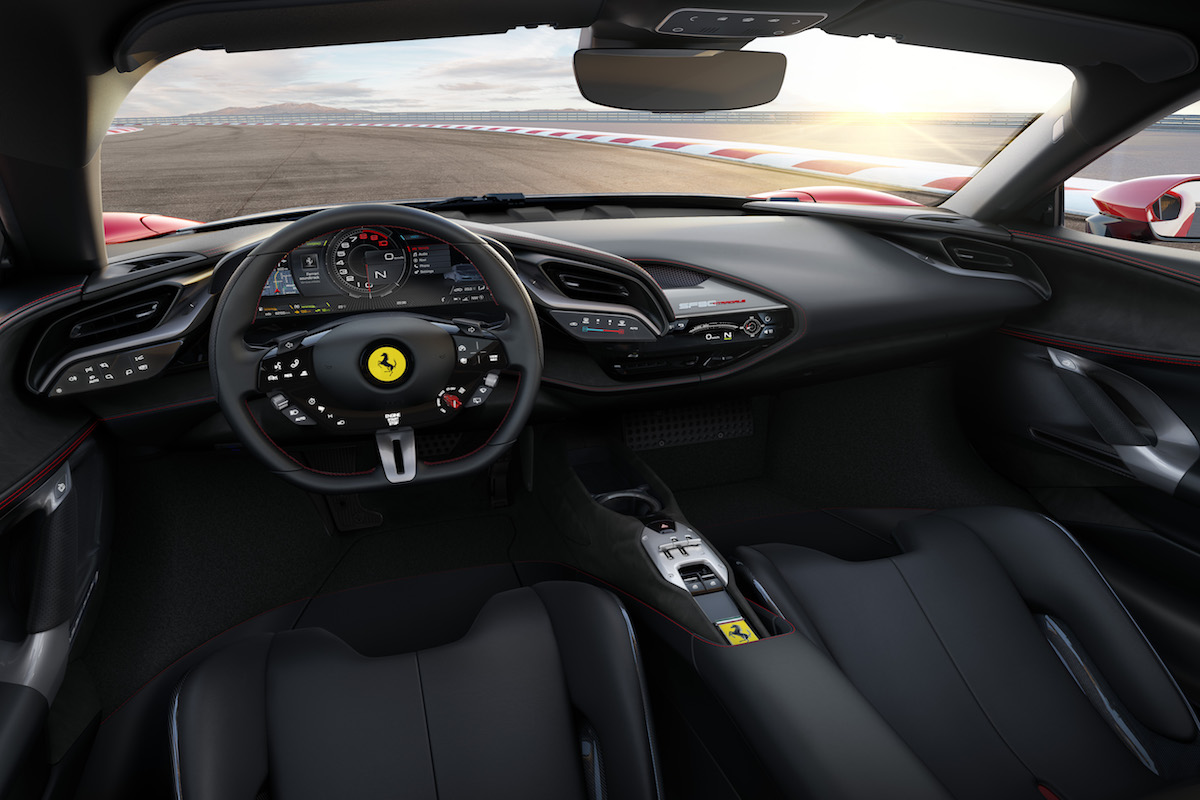 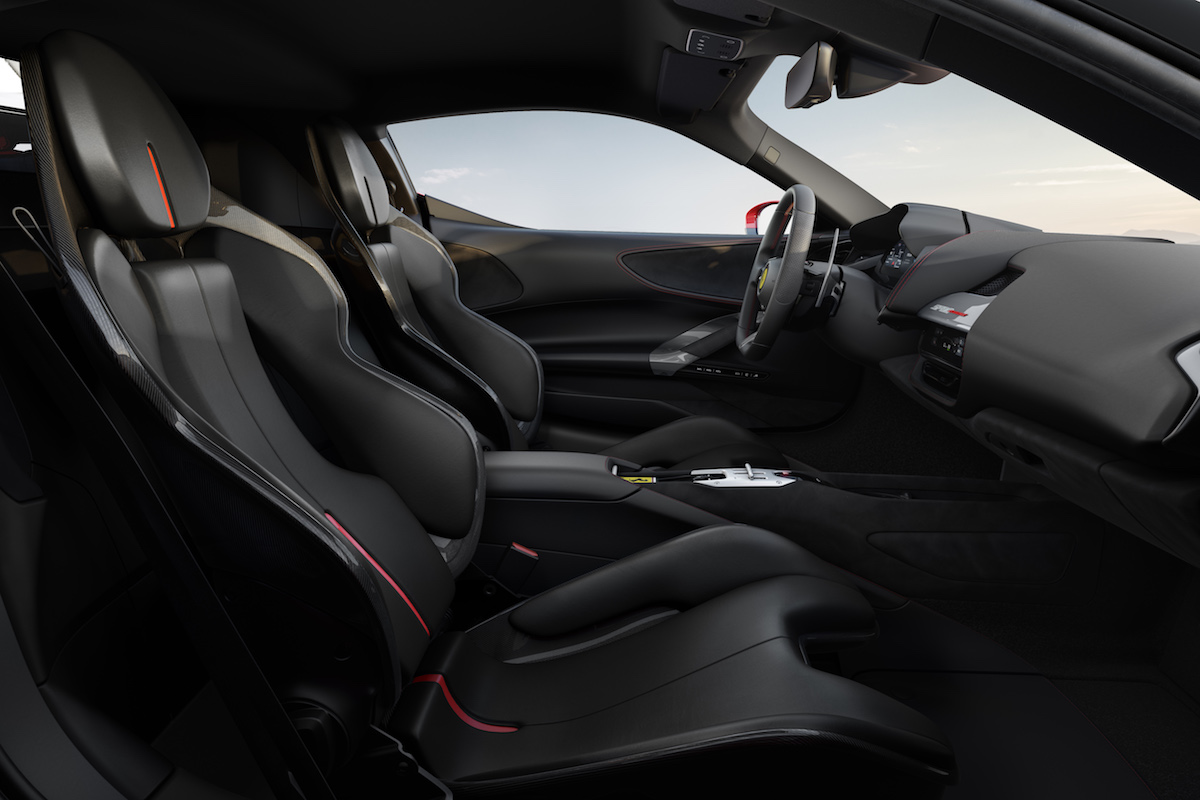 The engineers also insist that what they call the “Ferrari music” coming from the engine is undiminished, and indeed they’ve come up with a new way of getting the sound of the V8 directly into the cabin, to make it more instantly intoxicating than ever.

There are plenty more innovations introduced on this incredible tour de force of a car, including a new multilateral space frame containing carbon fibre in the actual structure for the first time, to both reduce weight and increase torsional rigidity, and Ferrari had to admit that if it told us all of them, it would take all day.