Aston Martin took centrestage at the inaugural event to celebrate the 2019 Most Respected Chinese Entrepreneurs Awards. Dubbed the Oscars of China’s business world, the inaugural Hurun & PwC Australia Most Chinese New Year Launch and Awards Gala Dinner was every bit as spectacular as you could imagine.

Donning dapper suits and glittering gowns, 490 special guests – including The CEO Magazine – made their way down the red carpet at The Star, Sydney, before experiencing a world of rouge as the lucky Chinese New Year hue filled the chandelier-adorned room.

Dozens of guests took their turn behind the wheel throughout the evening, getting a taste of the luxurious interior while imagining the ear-piercing rumble of its V8 engine.

Hosted by The Morning Show’s Kylie Gillies – dressed in Vera Wang and Reflection de Cartier earrings, like the ones the Duchess of Sussex wore at her wedding reception – and MC Dion Woo, the extravaganza oozed sophistication. 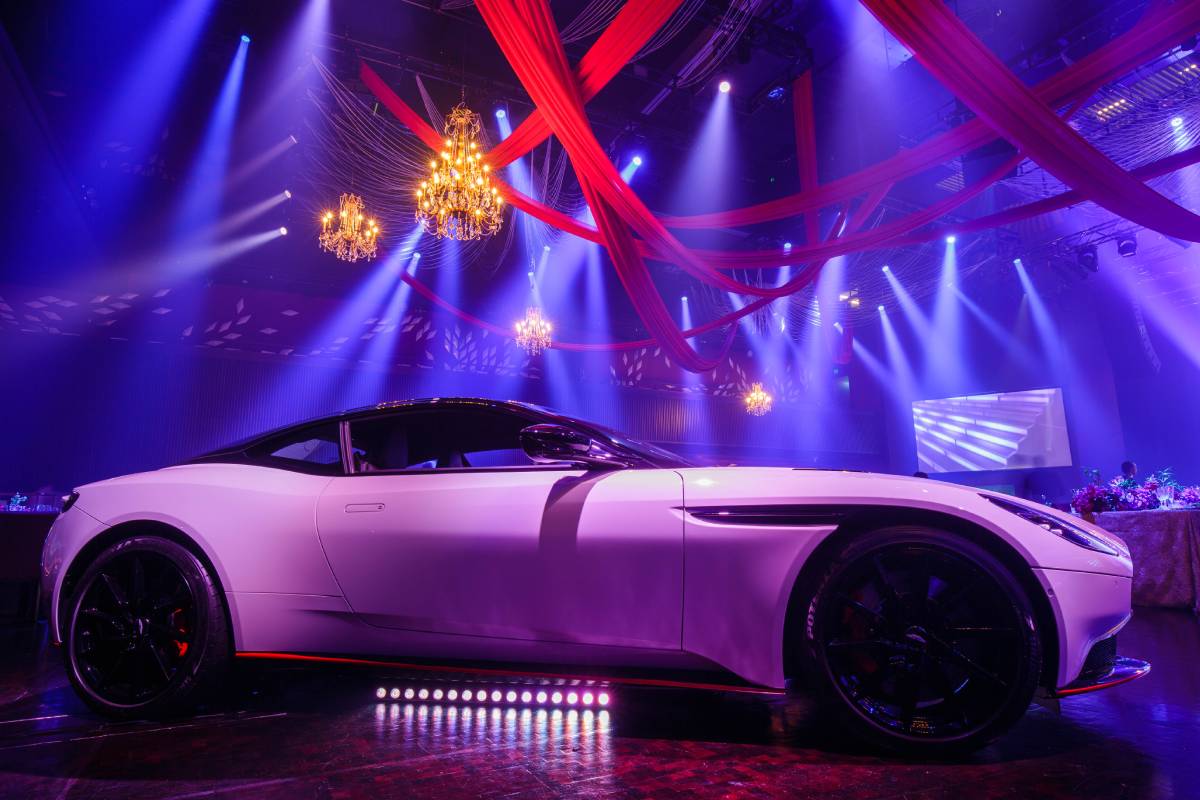 A striking white Aston Martin DB11 was the centrepiece at the Hurun and PwC Australia Most Respected Chinese Entrepreneurs Awards Gala Dinner. 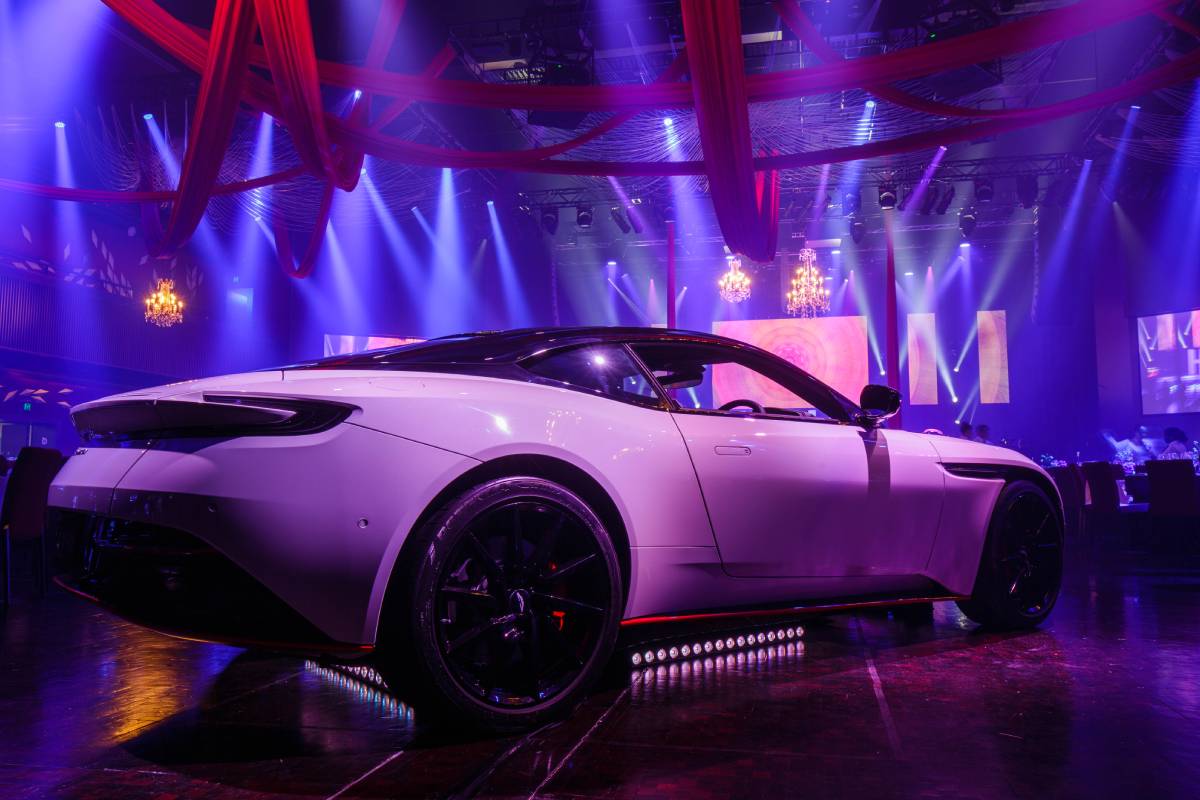 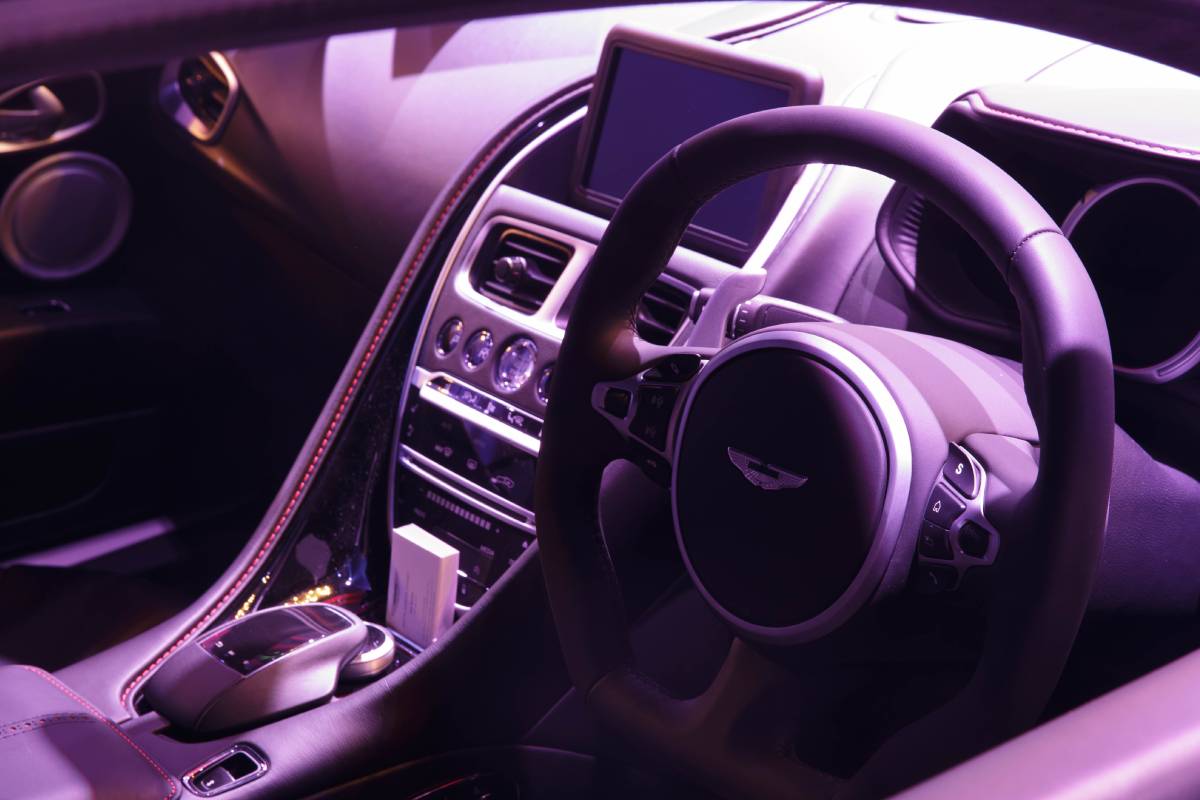 Dozens of guests took their turn behind the wheel throughout the evening. 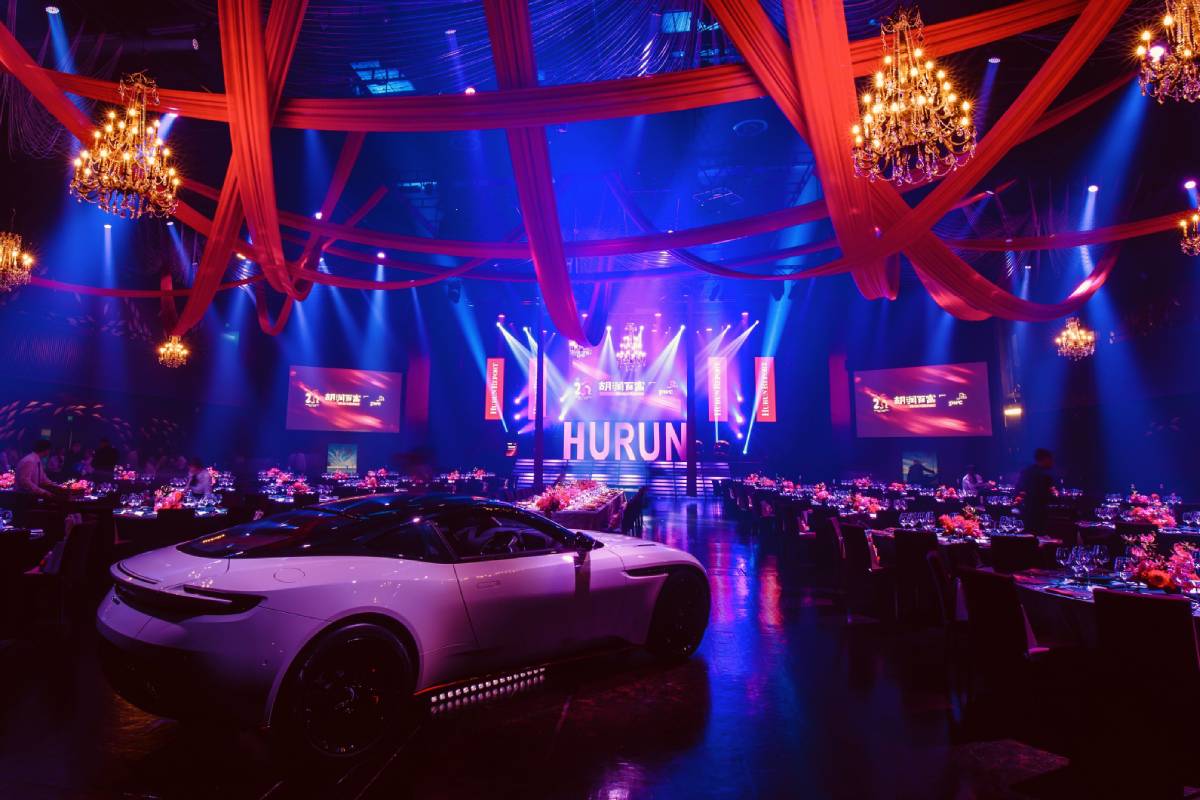 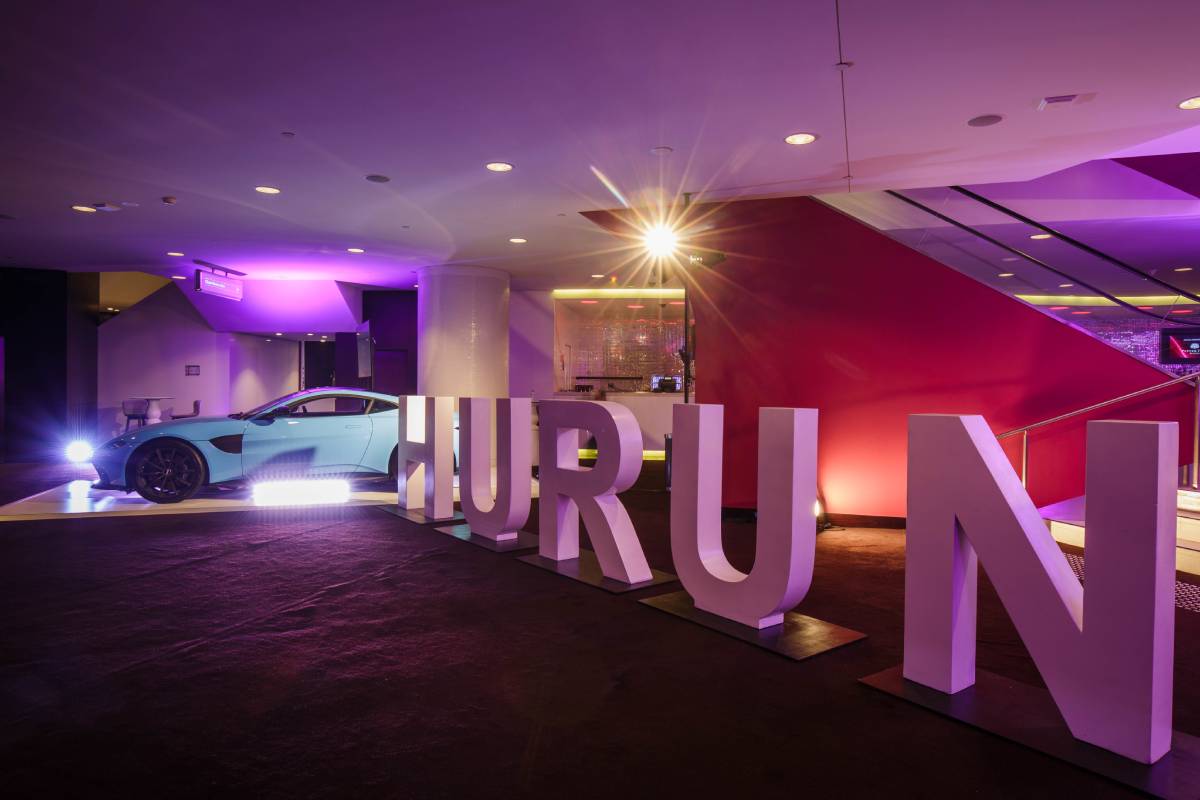 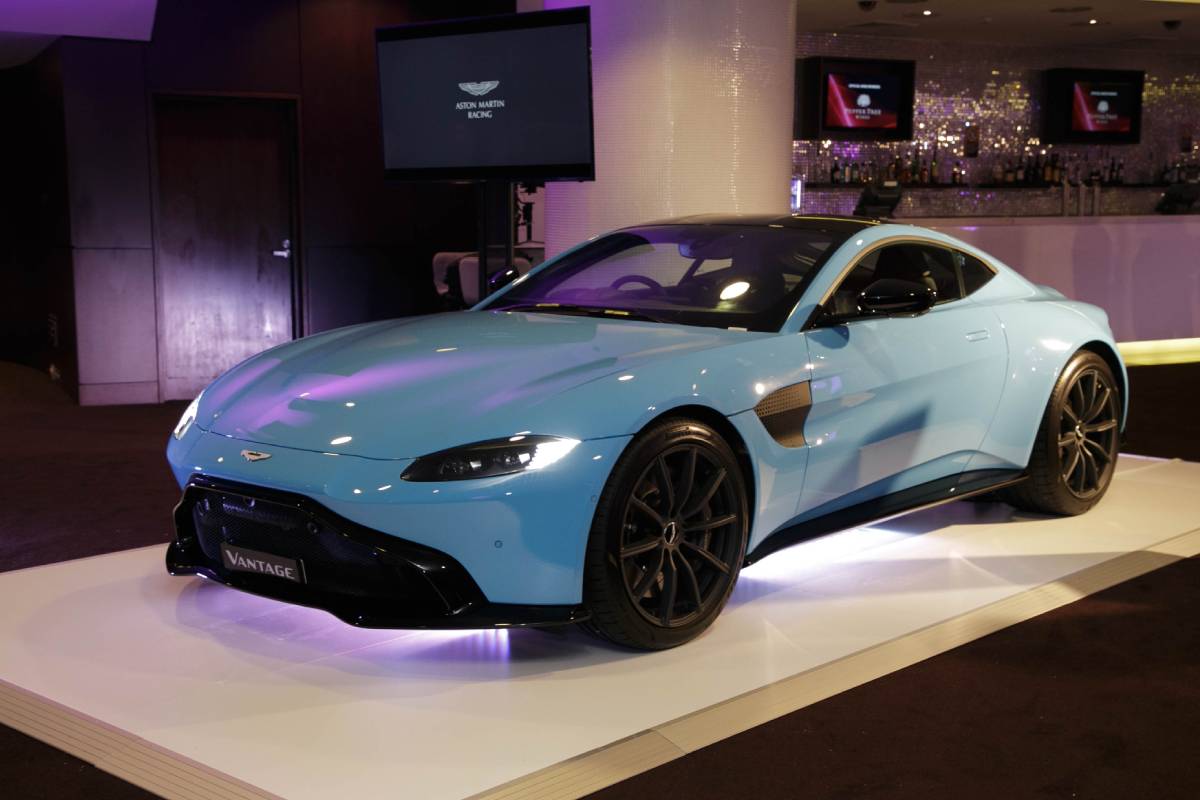 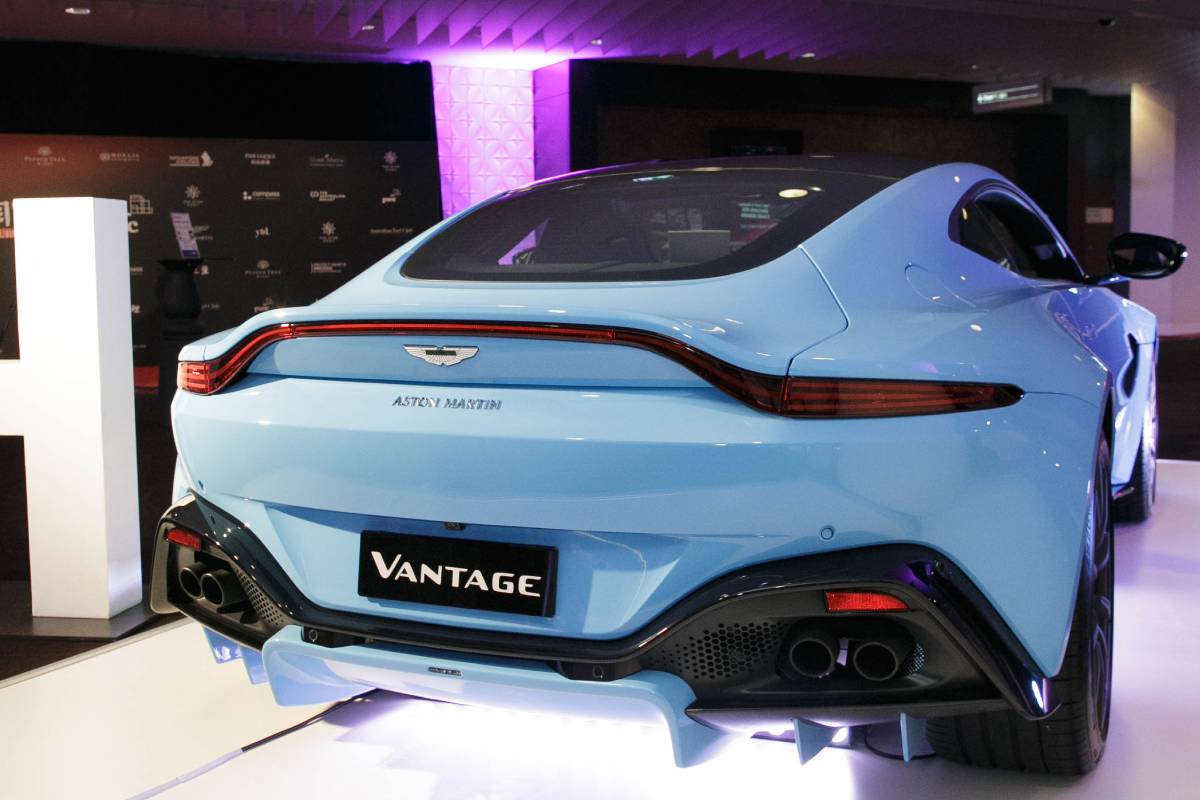 Between performances, an idyllic image of cherry blossoms was projected onto the back of the stage as hundreds of metres of red ribbons fell from the ceiling, marrying with the divine menu, to transport guests to Asia.

Throughout the course of the evening, guests including Australian Olympian Ian Thorpe indulged in a mouth-watering, four-course meal featuring the special Chinese New Year treat of Gou Bu Li pork buns. The delicacy – considered a national cultural heritage item – was handmade at the red carpet so guests could admire the skills of the chefs. The 500 buns were later served in traditional bamboo steamers.

The Hurun Report, established by Rupert Hoogewerf in 1999, hosted a series of worldwide Chinese New Year events, which started in Shanghai on 16 January 2019 before travelling to eight other cities across four continents, and concluding in Sydney with the announcement of the eight award winners.

Aqualand was recognised for its outstanding contribution to communities promoting Australia–China cultural relations; GBI for outstanding achievement in business; Unichi for the outstanding creativity of a new Australian health brand in the information age; and IPG for outstanding performance in hospitality and tourism investment.

Yin Cao (Asian Art Curator of the Art Gallery of New South Wales) was recognised for promoting Australia–China cultural collaborations; Lanwei Gong (President of International Chinese Film Festival) for her decade of contributions to the film industry; Li Wei (head of Auswan Wines) for his outstanding contribution to the Australian and Chinese wine industry; and Geoff Raby (Australian economist and diplomat) was given the Lifetime Achievement Award for his contributions to Australia–China relations. 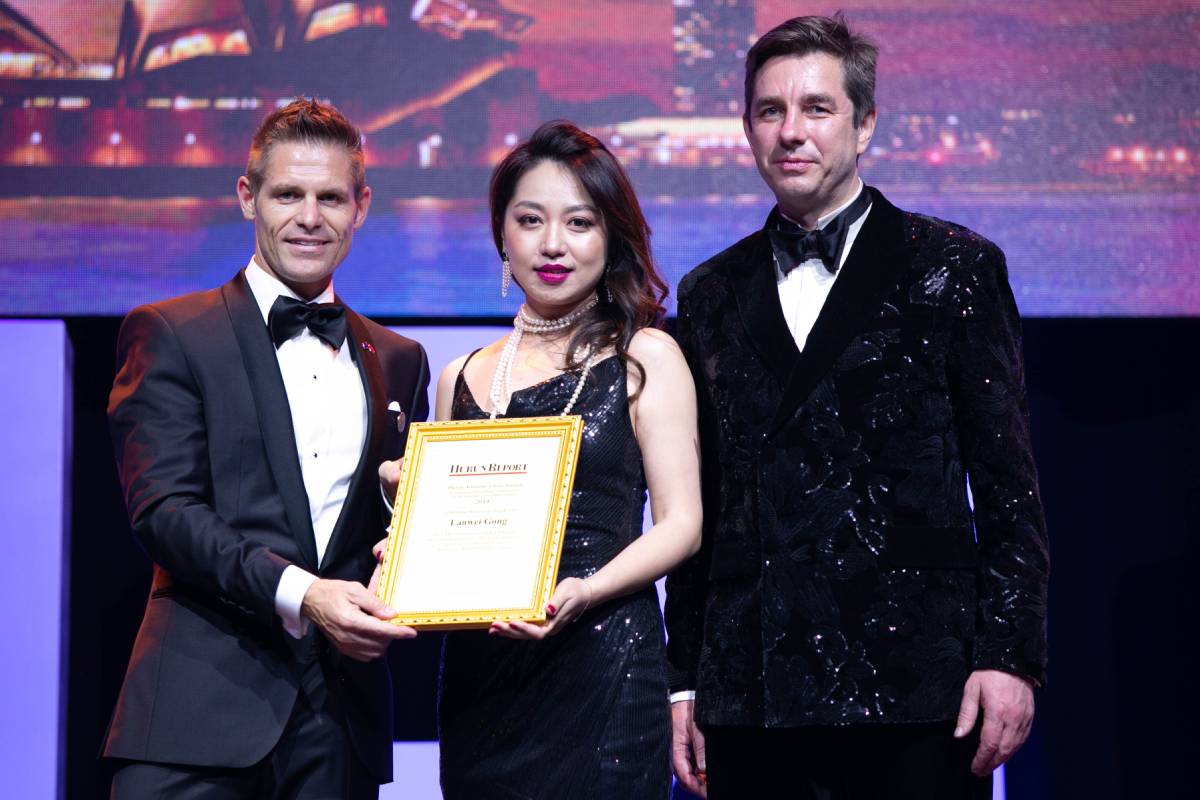 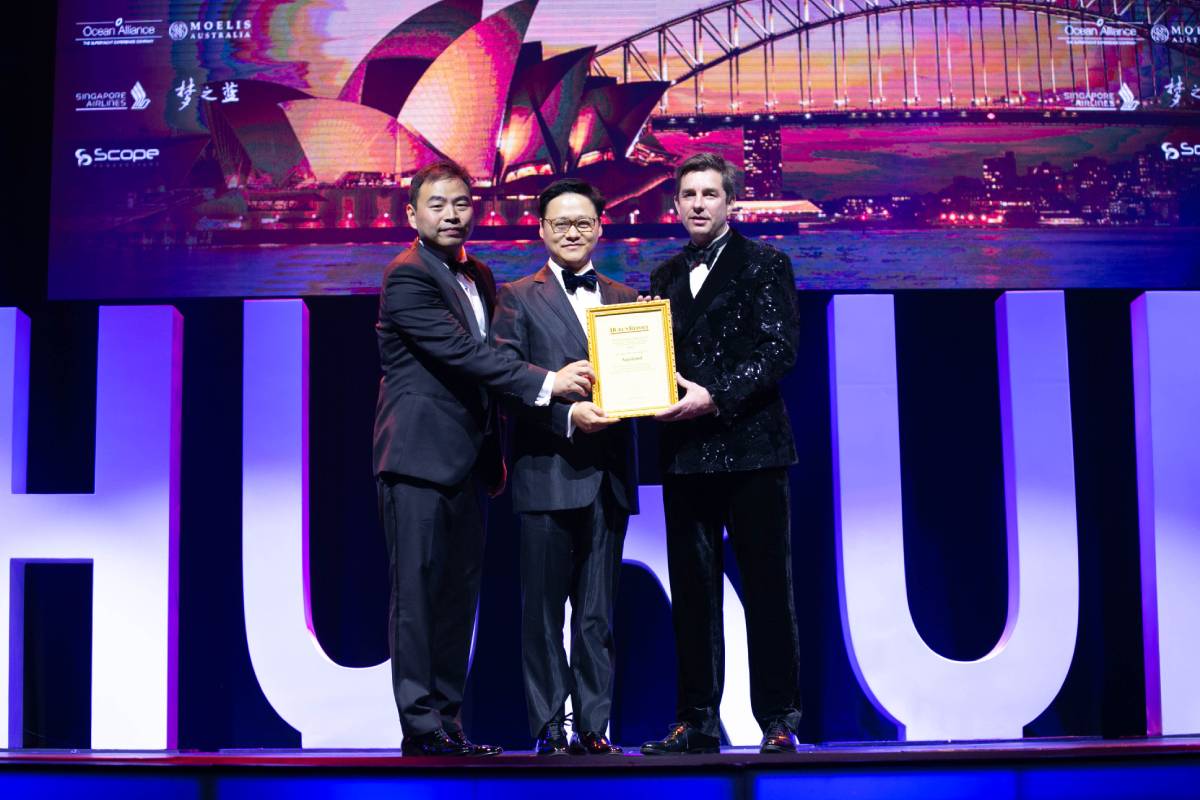 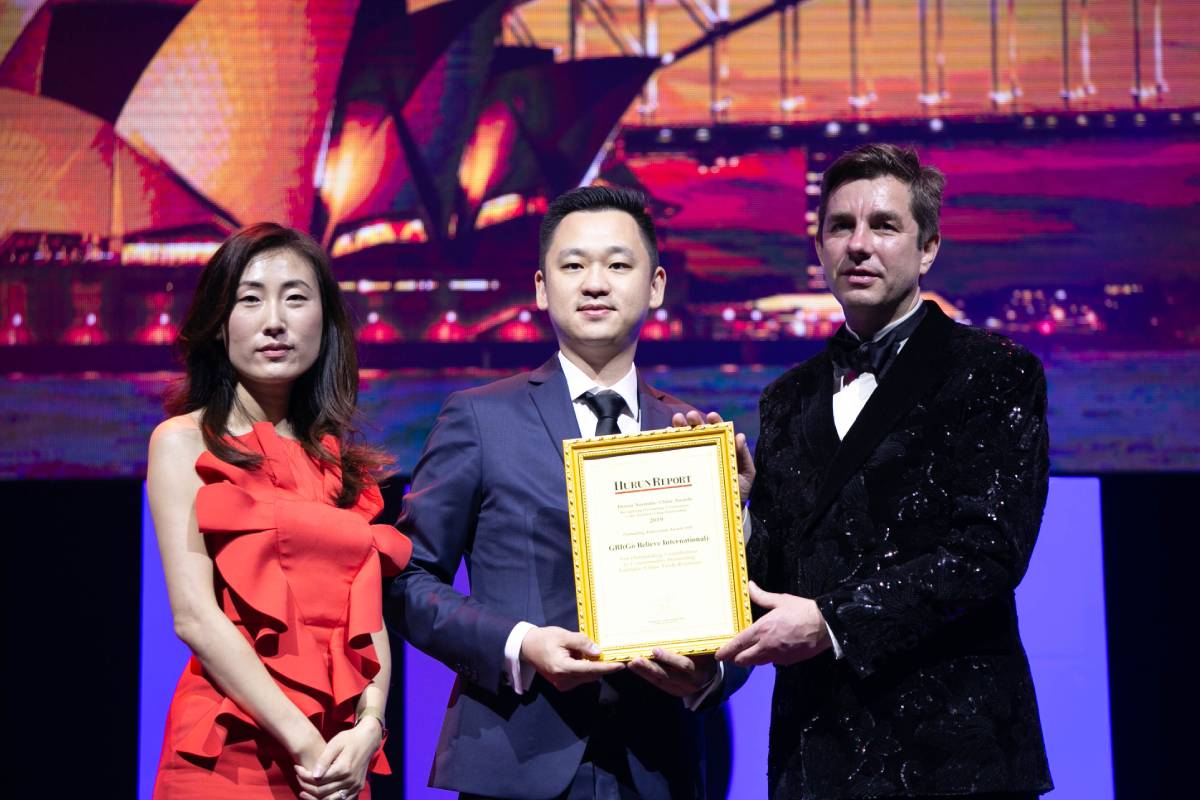 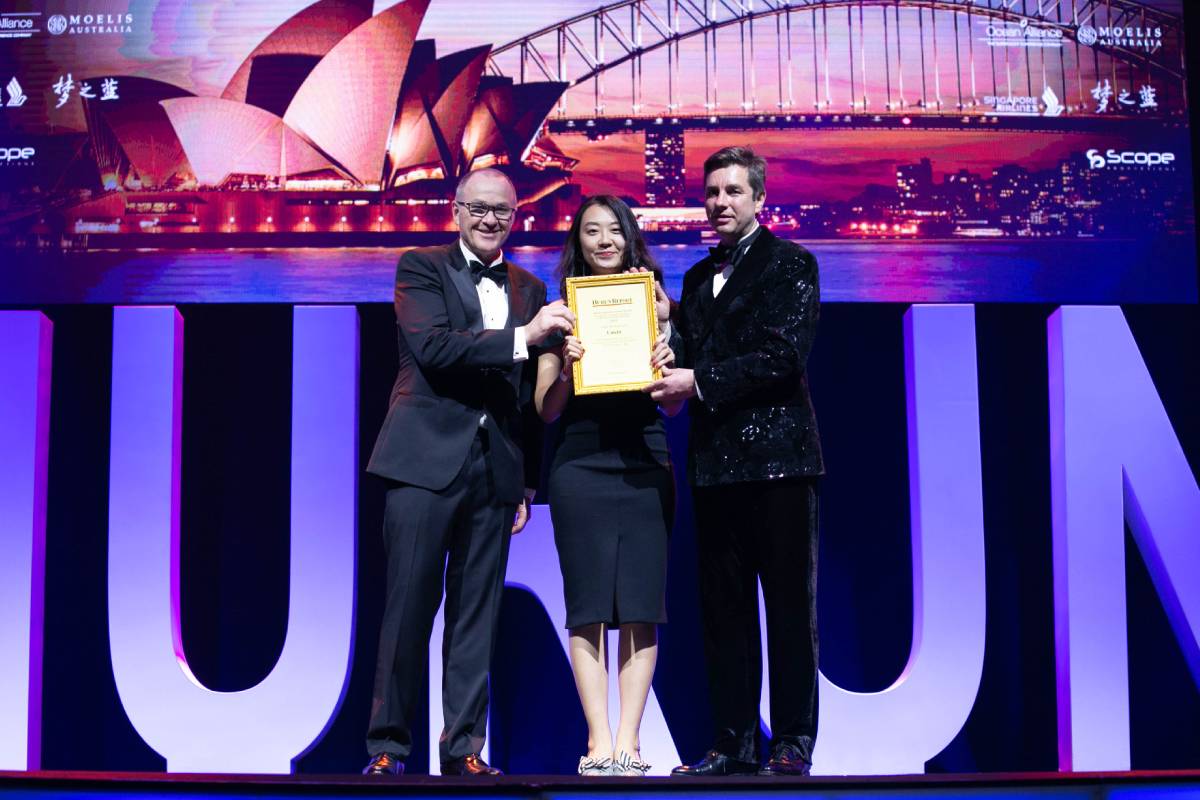 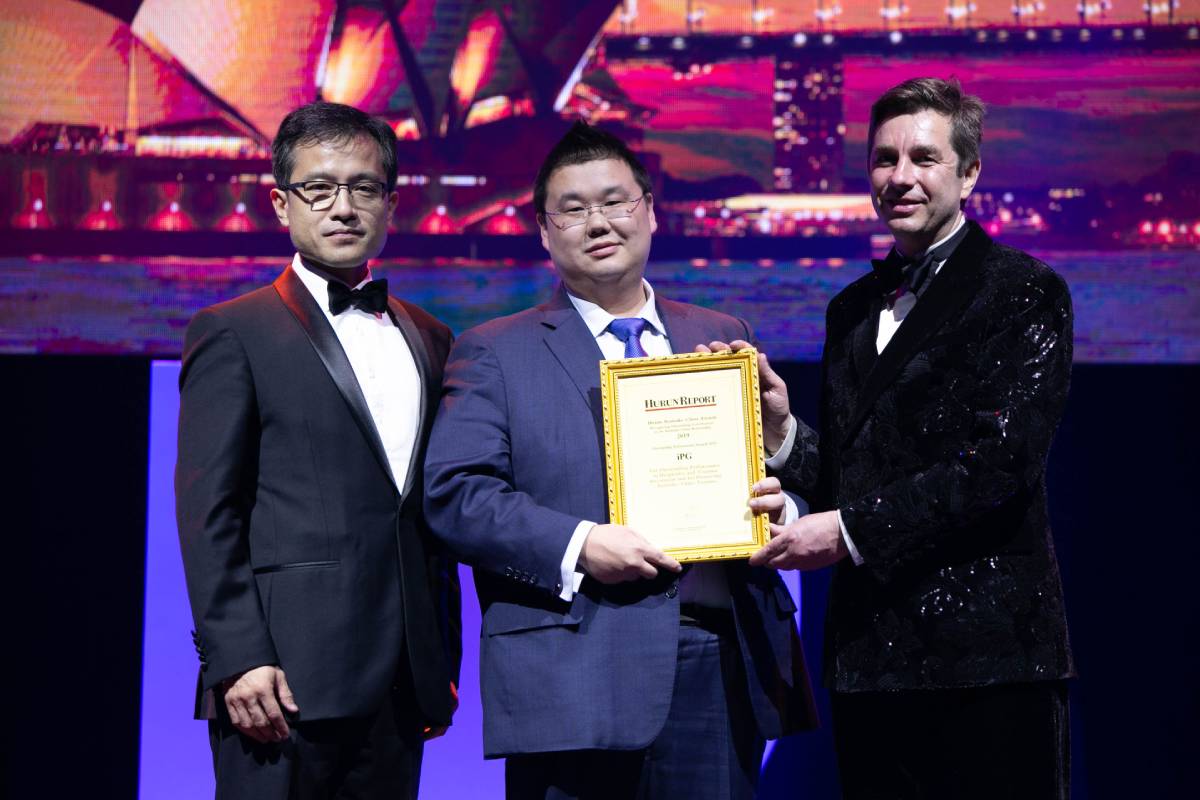 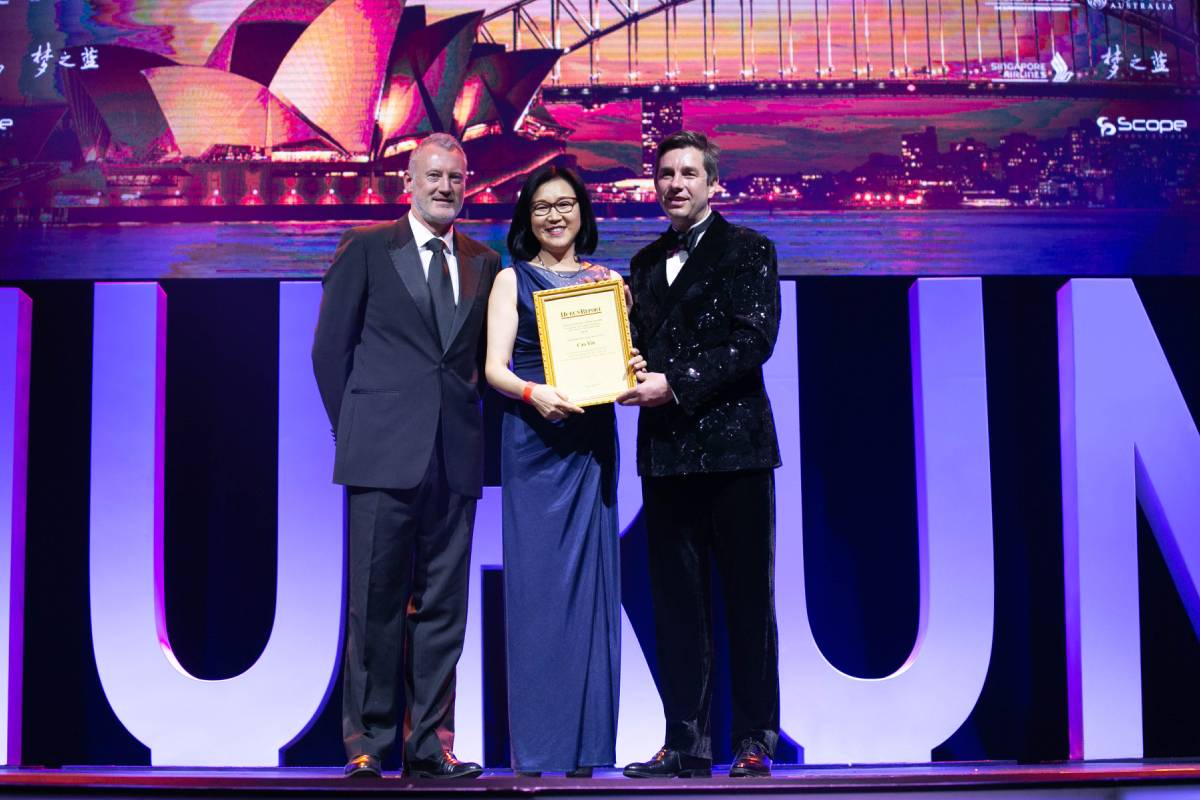 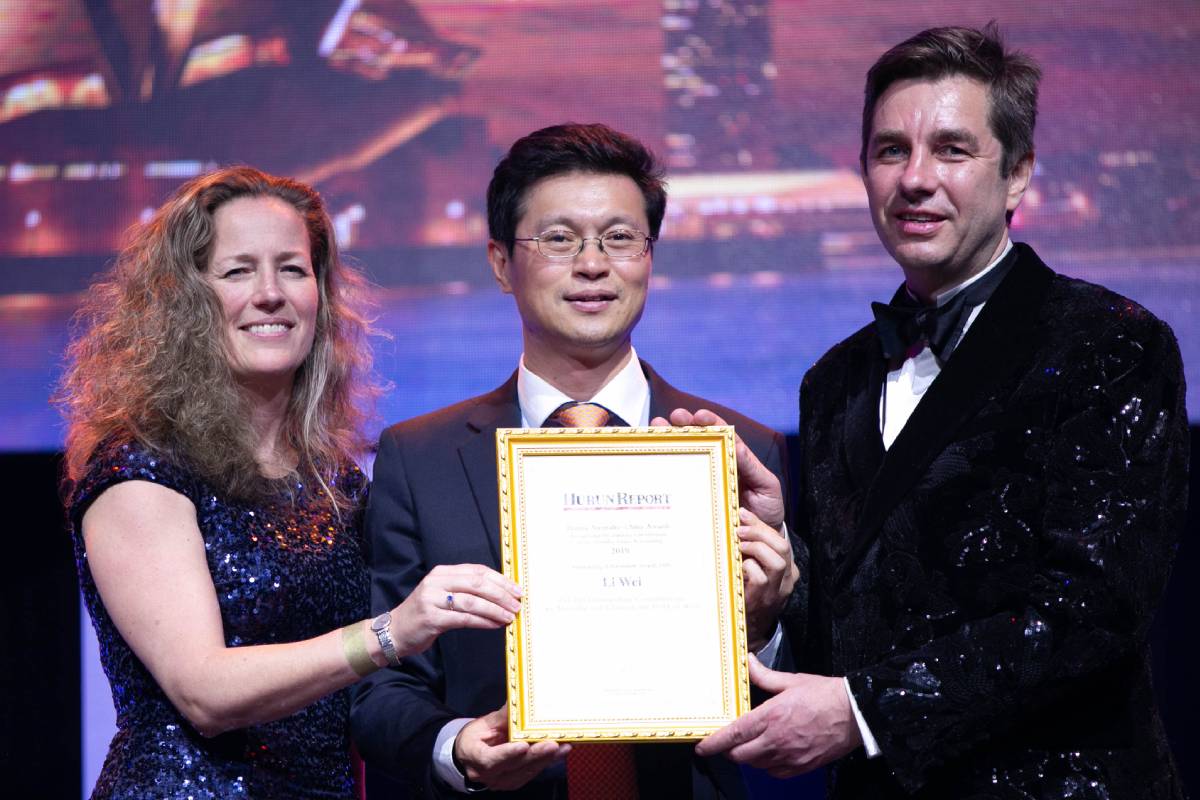 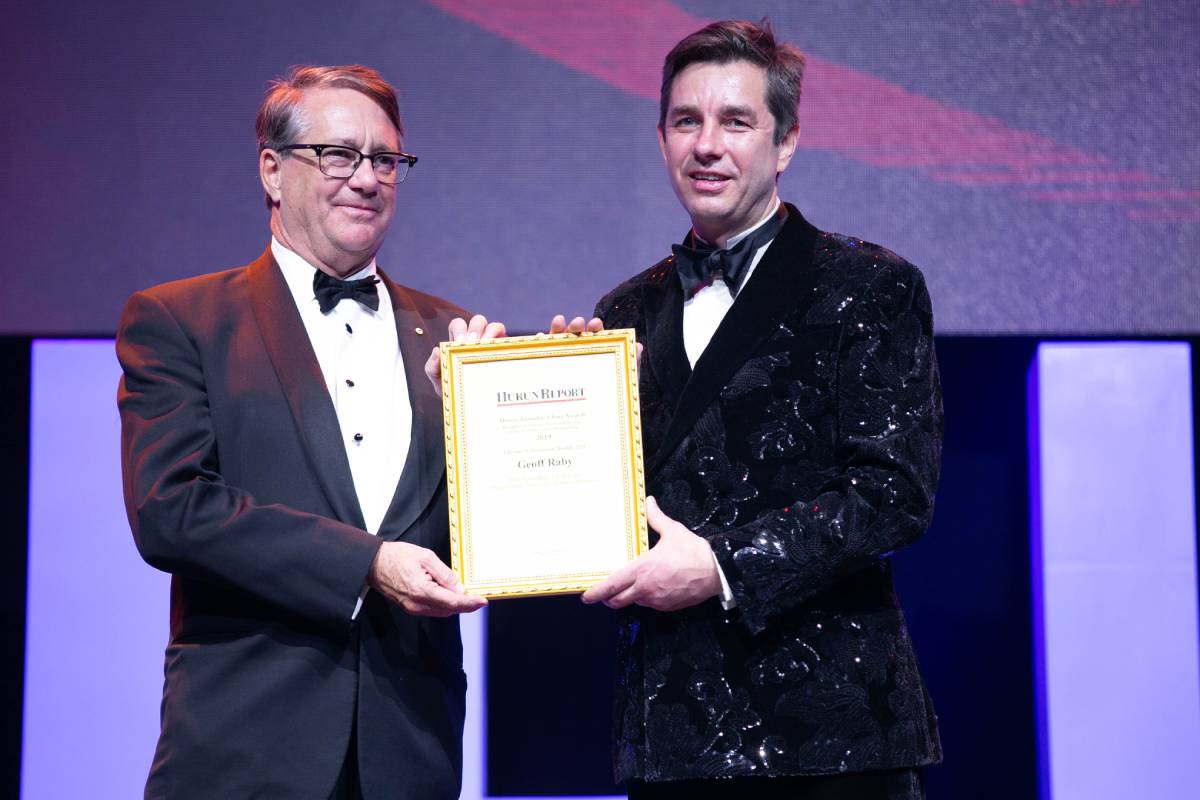 These moving words came from Ryan Gollan, Australian Representative of Hurun Report and Vice Chair of Hurun Report Australian Committee, who explained that people with education, wealth or connections have the power to create a better world.

Working to inspire and foster a heightened environmental and social awareness, the Hurun Report awards were linked to philanthropic ventures.

“In Chinese we say, ‘The longest journey begins with one step’,” Gollan said. “We want this to be a meaningful cultural platform that will not only recognise people who have made significant contributions to Australia–China relationships, but also showcase he best of Australia to the world.”

Attendees were gifted Protect What Is Precious reusable straws by Susan Rockefeller, and a catalogue of the ocean-themed artwork by award-winning Australian artist Jason Benjamin. More indulgent gifts included La Prairie skincare products – which host Gillies mused would have everyone looking like babies – and a wine-tasting experience by Pepper Tree Wines. 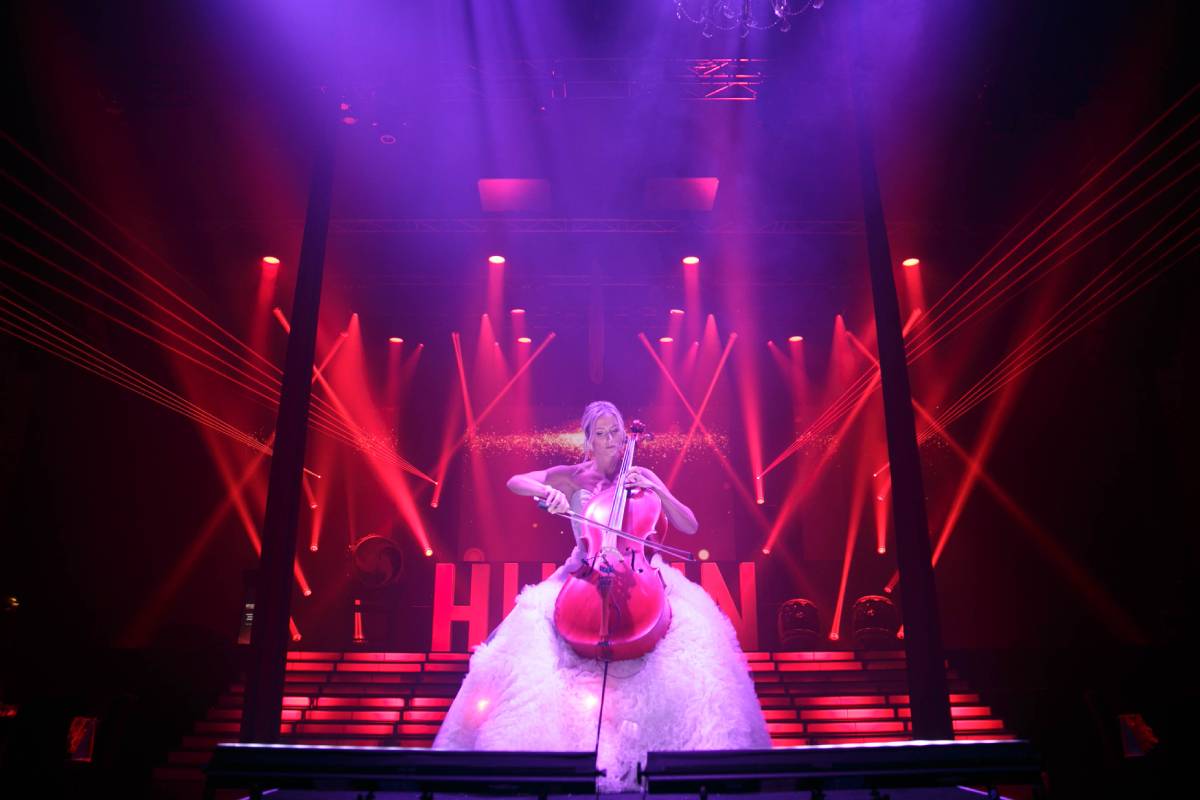 A superb cellist greeted guests as they filled the breath-taking room. 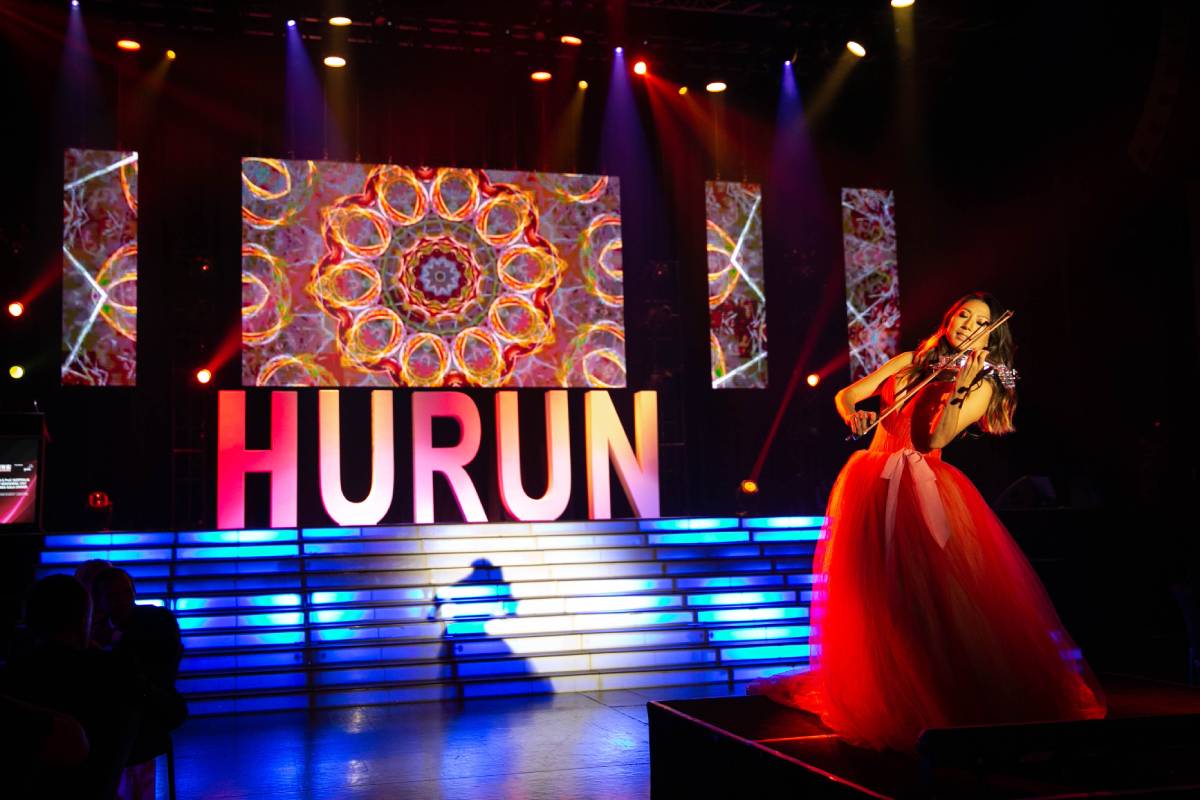 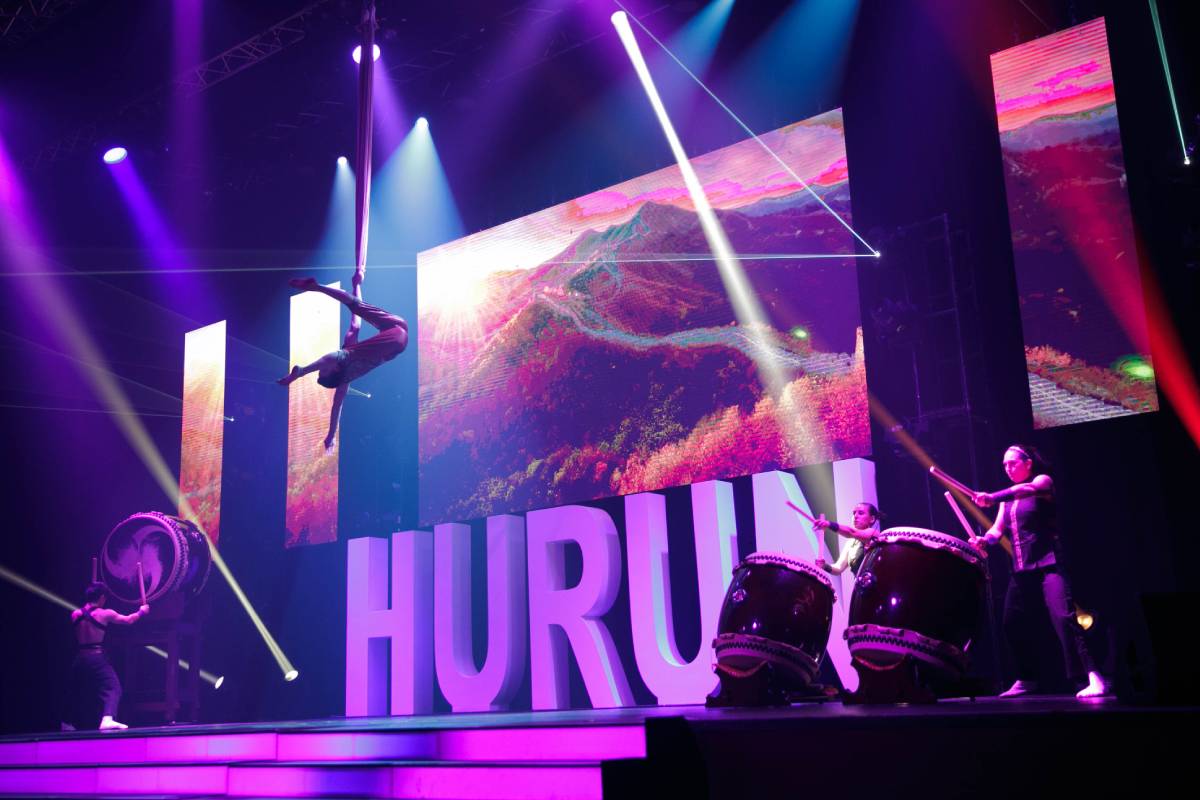 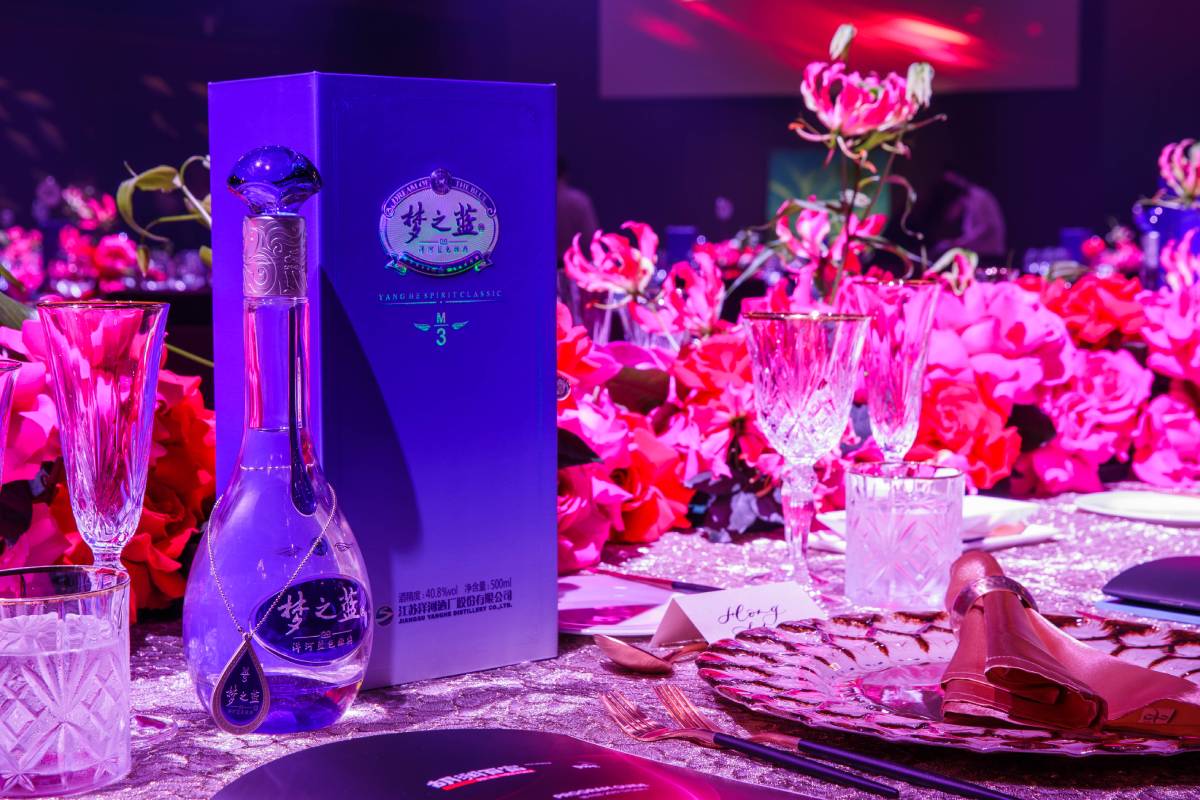 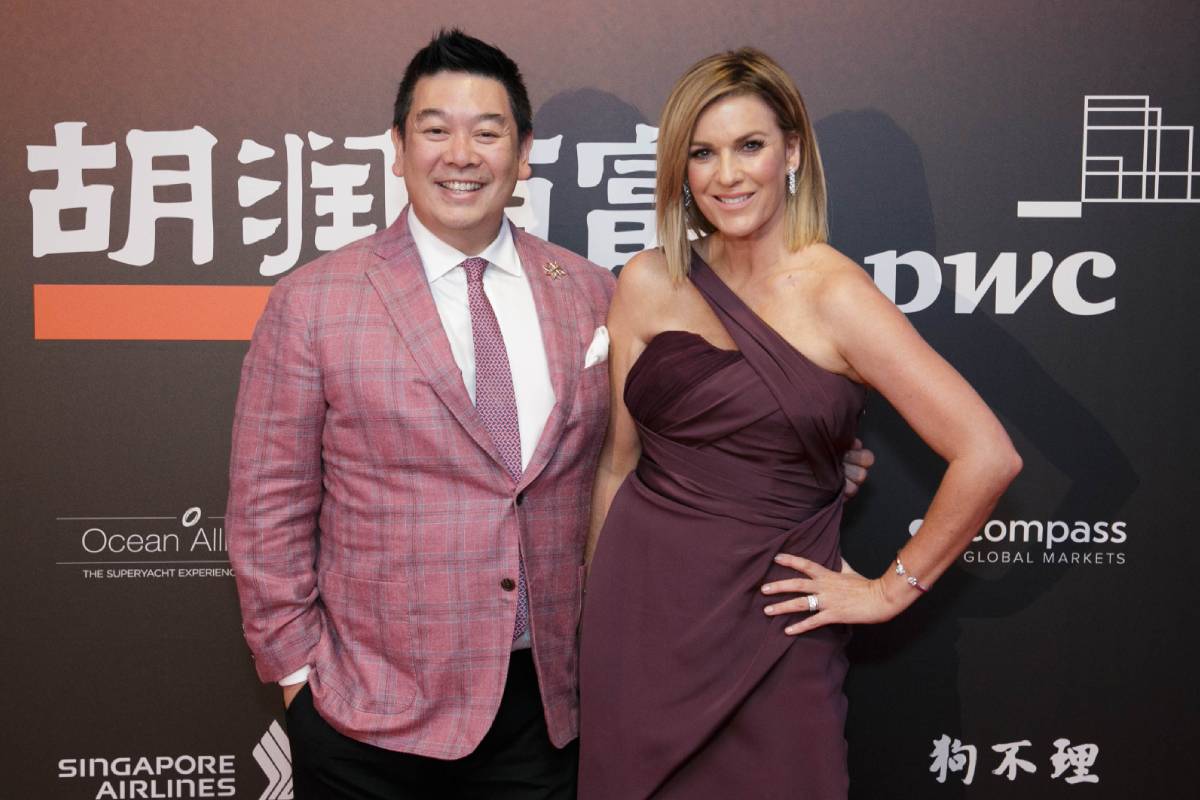 Kylie Gillies – dressed in Vera Wang and Reflection de Cartier earrings, like the ones the Duchess of Sussex wore at her wedding reception – and MC Dion Woo hosted the evening. 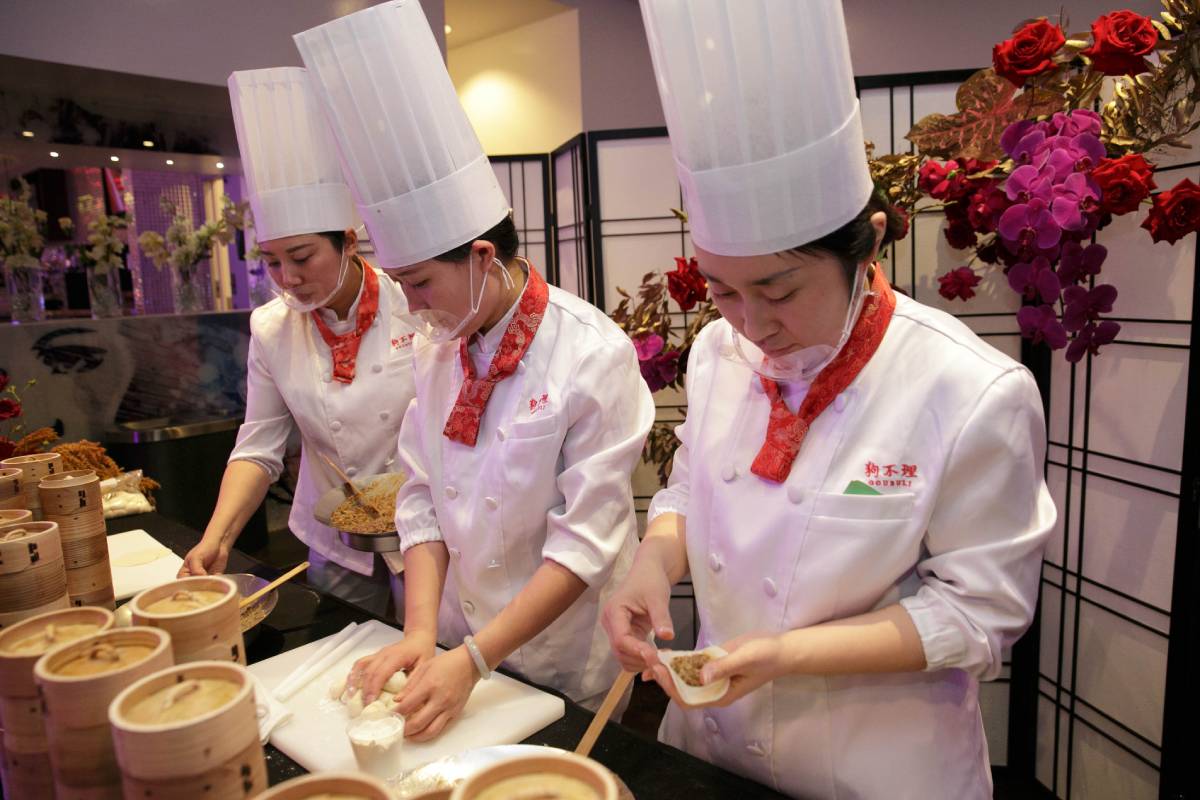 Cho donned the plunging strapless ball gown as she filled the room with songs from Queen.
[/img]

And if that wasn’t enough, luxe brands offered some incredible giveaways in a raffle to support Hurun’s partners, The Australian Ballet’s next official China tour and Protect What Is Precious awareness campaigns.

Aston Martin donated two tickets to its VIP hospitality at the Formula 1 Rolex Australian Grand Prix 2019 (worth A$8,200). Guests will be joined in the lounge by the Aston Martin Lagonda senior management team with Aston Martin Red Bull Racing team members and exclusive behind-the-scenes opportunities including garage tours.

Other prizes donated included Australian Turf Club’s premium table at Winning Post Restaurant on Golden Eagle Day (worth A$2,180); La Prairie Platinum Rare Collection (A$5,750); and two nights at The Darling Adored Suites at The Star, Sydney (A$3,000).

“The Hurun Report platform is a powerful and meaningful one,” Gollan said. “It is not about one person; it is about a whole community.”