Creating beauty to do good: 50 one-off luxury timepieces will go under the hammer for charity at ONLY WATCH 2019

Leading names in fine watchmaking come together to say it’s time to find a cure for Duchenne muscular dystrophy, donating 50 one-off timepieces for auction in Geneva this November. 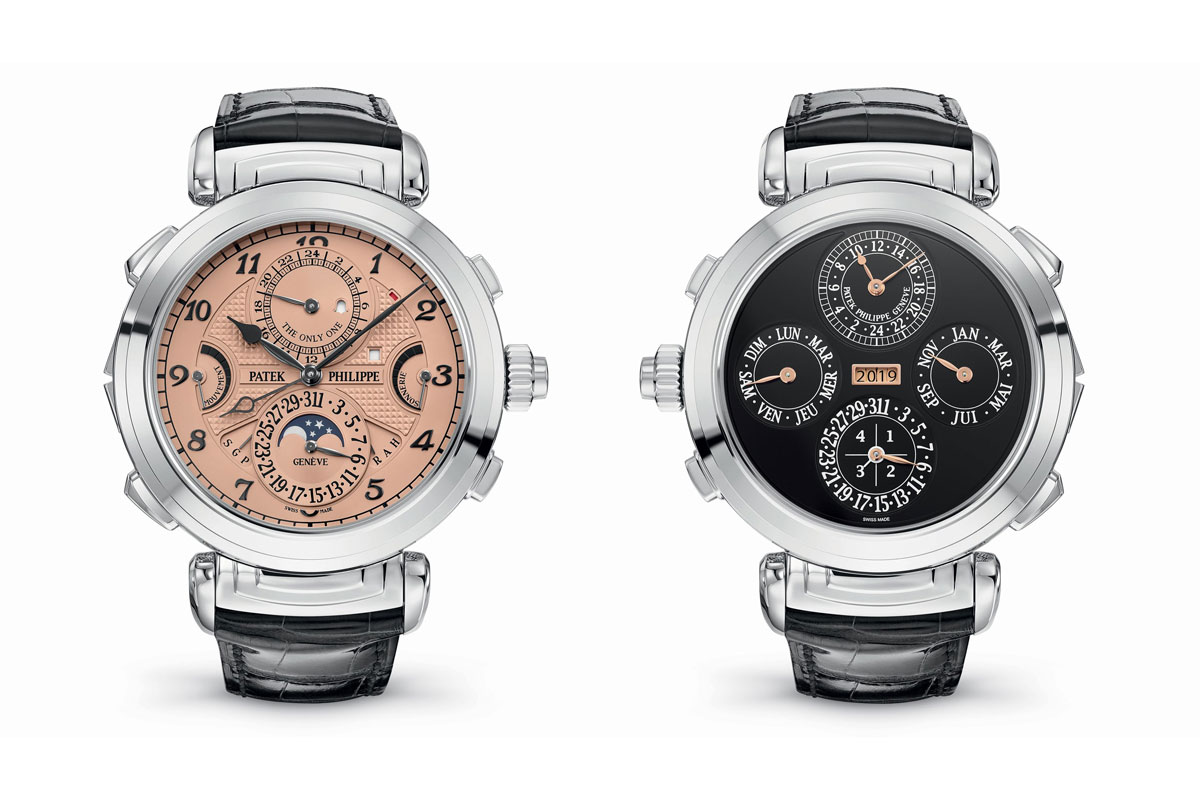 After a world tour that kicked off in late September in Monaco and travelled to Dubai, Paris, London, New York, Tokyo, Singapore, Hong Kong and Taipei during October, the biannual ONLY WATCH collection will go under the hammer on 9 November in Geneva.

A showcase of the finest talents in luxury watchmaking, 50 one-of-a-kind timepieces (designed by 52 leading brands) are set to be auctioned off by Christie’s at the Four Seasons Hôtel des Bergues. Chanel’s ‘J12 Inséperables’ black and white duo is the first pair to ever appear in an ONLY WATCH auction. Louis Vuitton’s ‘2019 Escale Spin Time’ was inspired by tattoo art and its dial, made using Grand Feu champlevé enamelling and miniature painting, alone took 200 hours to create. While the collection includes leading names such as Tudor, Piaget, Ulysse Nardin, Hublot, Montblanc and Jaeger-LeCoultre, it is the only stainless-steel Patek Philippe Grandmaster Chime 6300 in existence that carries the highest estimate: between €2¬–2.7 million.

Certain lots include a unique experience for the winning bidder: a chance to meet legendary Barcelona footballer Lionel Messi with Jacob & Co’s Epic X Chrono Messi Only Watch; an overnight stay in Paris in the Boucheron Family House at 26 Place Vendôme with its Ajourée Amvara; and a ‘Pure McLaren Experience’ driving day with Bruno Senna with Richard Mille’s RM 11-03 Automatic flyback chronograph McLaren are just some examples.

The scale of collaboration is unrivalled in the industry. This year marks the eighth time the world’s most prestigious watchmakers have come together, under the patronage of H.S.H Prince Albert II of Monaco, to say it’s time to find a cure for Duchenne muscular dystrophy.

To date, 40 million Swiss Francs (or €35 million) has been raised for scientific and medical research into muscular diseases, particularly this rare genetic disorder that affects one in 3,000 boys.

ONLY WATCH: Time for a cure

The charity initiative was founded in 2005 by Luc Pettavino when his son was diagnosed with the condition. “I immediately said to myself, ‘OK, what are my skills, what can I do to help?’” he told Christie’s in an interview last month.

As CEO of the Monaco Yacht Show at the time (a role he held until 2010), he turned to the world’s leading fine watchmakers to ask them to create a unique timepiece for a worthwhile cause. Rather than a one-off event, his vision has been long-term and his ambition has been to generate a consistent flow of money into research.

”With ONLY WATCH everyone creates beauty to do good, meaning in this case supporting the work of dozens of researchers around the world, financing studies, purchasing material, creating biotech companies in the chemistry and biology sector … to bring this science to the clinic and one day maybe to find a cure.” – Luc Pettavino, Founder, ONLY WATCH 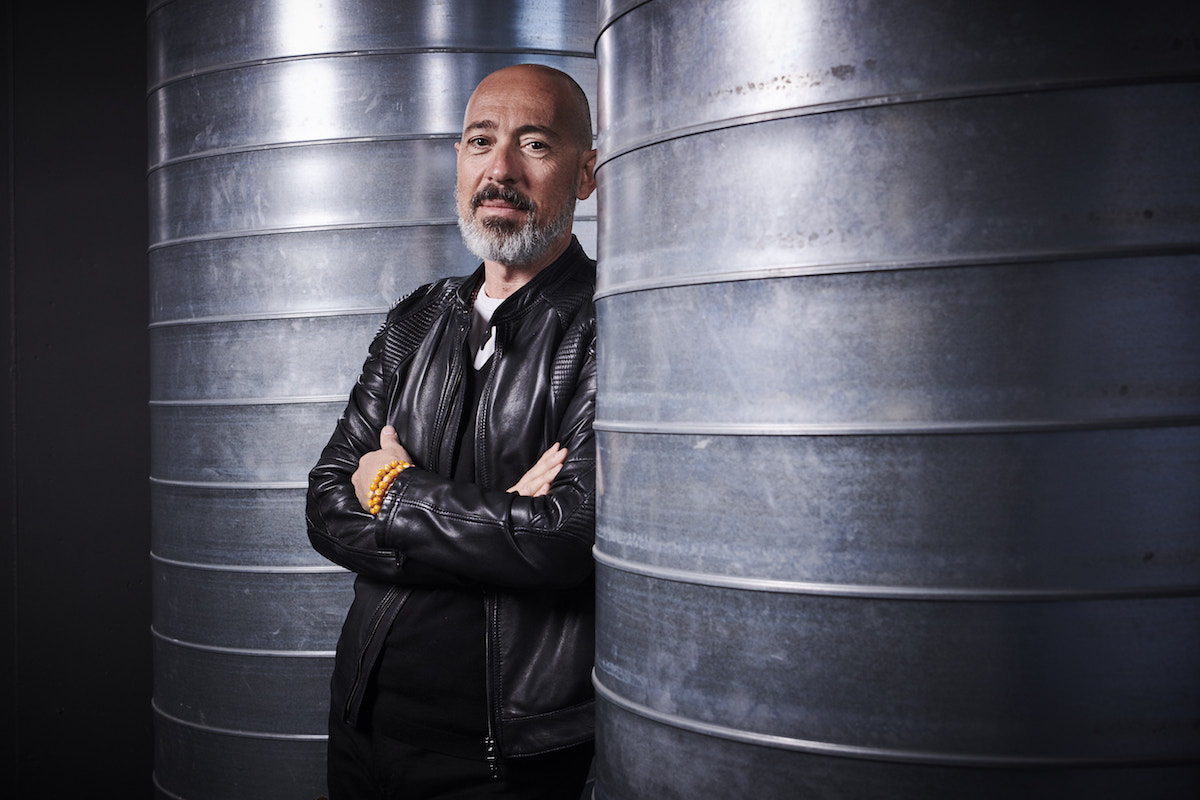 The Genevan watchmaker consistently attracts the largest result at the ONLY WATCH auction and this year, with the only stainless-steel Grandmaster Chime 6300 ever made, is set to be no different. If the last edition is anything to go by, the pre-auction estimates of €2–2.7 million are very conservative. In 2017, its titanium 5208T went for 6.2 million Swiss Francs (or €5.63 million) despite an estimate of 900,000–1.1 milllion Swiss Francs (or €817,000–1 million). Custom features of this year’s grande-sonnerie wristwatch include two dials – one in rose gold and the other in black ebony; 20 complications; and the words ‘The Only One’ appearing on the auxiliary dial at 12 o’clock.

“We were determined to establish a strong link between the timepiece and its purpose,” says Patrick Pruniaux, CEO of Ulysse Nardin, and the result is the Exo-Skeleton X. Drawing inspiration from Autonomyo, an exoskeleton for sufferers of degenerative muscular diseases, the watchmaker has crafted a ‘skeleton’ watch with an exoskeleton of its own: four flexible blades fixed to the case to improve comfort. To add to the bionic aesthetic, the whole gear train is visible through sapphire crystal. Estimates are between €31,000–40,000.

Hublot calls it “a work of art for the wrist” and set inside a 45mm Classic Fusion case, this timepiece is truly unique – 54 baguette-cut topaz are set inside a white gold bezel and the transparent sapphire crystal transforms the mechanics of this timepiece into an artistic statement. The estimate is between €144,000–162,000 and the highest bidder will also meet artist Richard Orlinksi in his Parisian art gallery.

H. Moser & Cie has crafted a unique version of its Concept watches, a series that has made “elegance its watchword and minimalism its signature”. Free of all logos and indices, the dial is opaque and coated with Vantablack®, the world’s darkest man-made substance. Apart from the hands, the only visual element is a crescent moon. This one-of-a-kind timepiece exudes mystery, which is exactly the feeling the Swiss luxury watchmaker wanted to create. Estimates are between €31,000–40,000.

At ONLY WATCH 2017, the Montblanc 1858 Chronograph Tachymeter went for twice its estimate (60,000 Swiss Francs or €54,500). Will this year’s model achieve a similar result? The Swiss watchmaker hasn’t altered the recipe, again drawing inspiration from Minerva, a brand its parent company, Richemont, acquired in 2006. The 1858 Split Second Chronograph Only Watch 2019 is a modern take on a 1930’s Minerva military monopusher chronograph, with a 44mm satin-titanium case and degraded blue agate dial. This year’s estimates are between €40,000–45,000.