Most popular items we’re searching for during the pandemic

From Gucci to Nike, millions are being drawn towards comfortable clothing during COVID-19 – no matter where they are in the world. 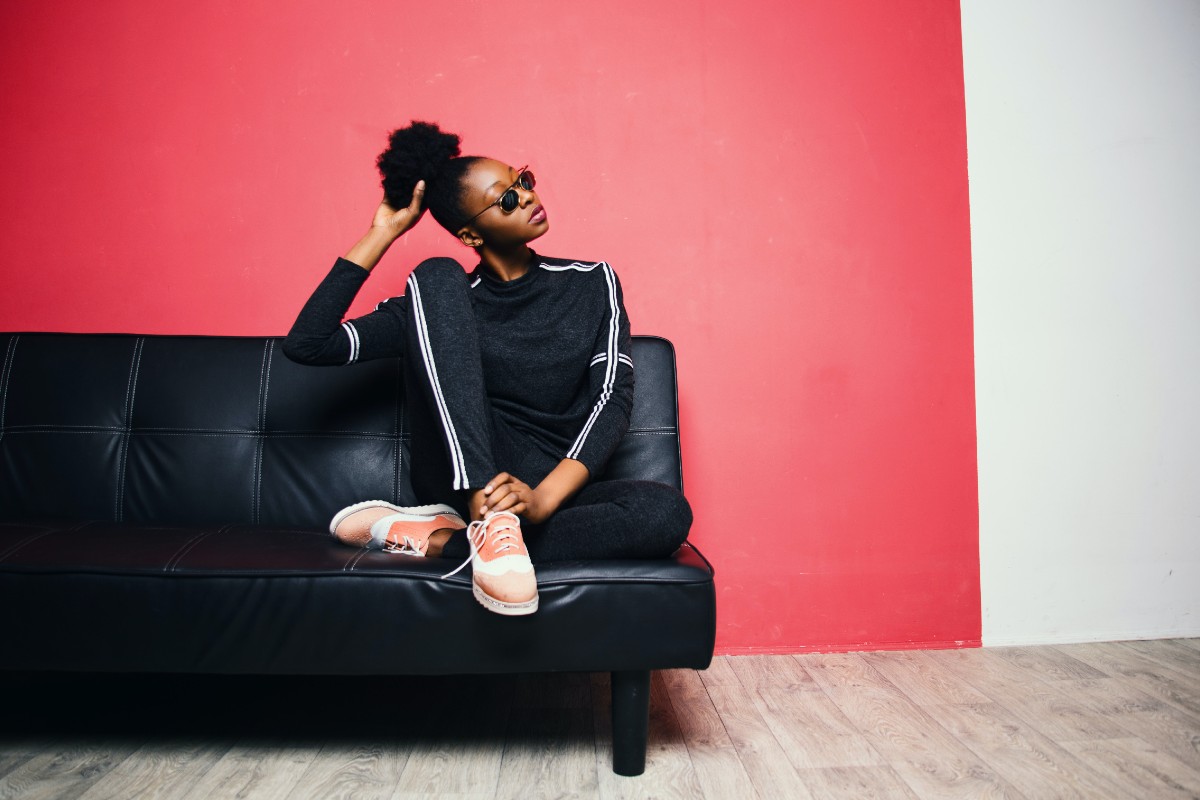 Millions have spent most of the year working from home, venturing out only for necessities and socially distanced fresh air. As the coronavirus pandemic maintains its firm grip on the world, many of us are changing how we browse and shop online.

The health crisis that is COVID-19 is affecting everything from our fashion choices down to the brands we’re being drawn towards, Lyst found.

Tracking more than 10 million global searches a month, the fashion search platform discovered many of us working from home are spending time searching for clothing, shoes and accessories.

Inspired by popular Hulu drama Normal People, where Connell – one of the protagonists – wears a silver chain statement necklace, searches for chain necklaces spiked 23% week-on-week in June 2020. Another instant hit series was Tiger King, which attracted more than 34 million viewers. As a result, people searching for tiger, leopard and zebra print clothing tripled in the month from March while searches for ‘Kenzo Tiger’ spiked 200% month-on-month.

There may not be anything attractive about a foam clog shoe, but it appears during lockdown that Crocs have been making a comeback – online at least. Lyst found a 32% month-on-month spike in searches for the spongy shoe, with bold designs including floral and leopard prints being the popular choice last month.

Quite appropriate for living through a pandemic, bathrobes recorded a spike in interest worldwide in June 2020. Designer gowns from Gucci, Bernadette Peignoir and Versace were the most wanted, where searches in general were up 23% week-on-week. For those seeking something more practical, yet still comfy, to wear outside the home, dungarees and overalls recorded search increases of 34% and 47% respectively – white being the favoured hue.

Attention towards self-care and wellness resulted in a 23% rise of headband searches in April while socks grew 12% with Bottega Veneta’s cashmere offerings being the most popular.

It comes as no surprise that work-related bags and accessories saw the largest decline in sales, according to Lyst’s March analysis.

But what people are searching for ultimately comes down to where they are in the world.

Most searched brands during lockdown* At the beginning of the global health crisis, Americans were searching for comfortable sport clothing, in particular, Adidas and Nike, as well as slides and leather mules from Birkenstock and Ugg.

Shoppers in the US continued searching for items by Balenciaga, Off-White and Gucci in early April, moving towards sneakers in May. 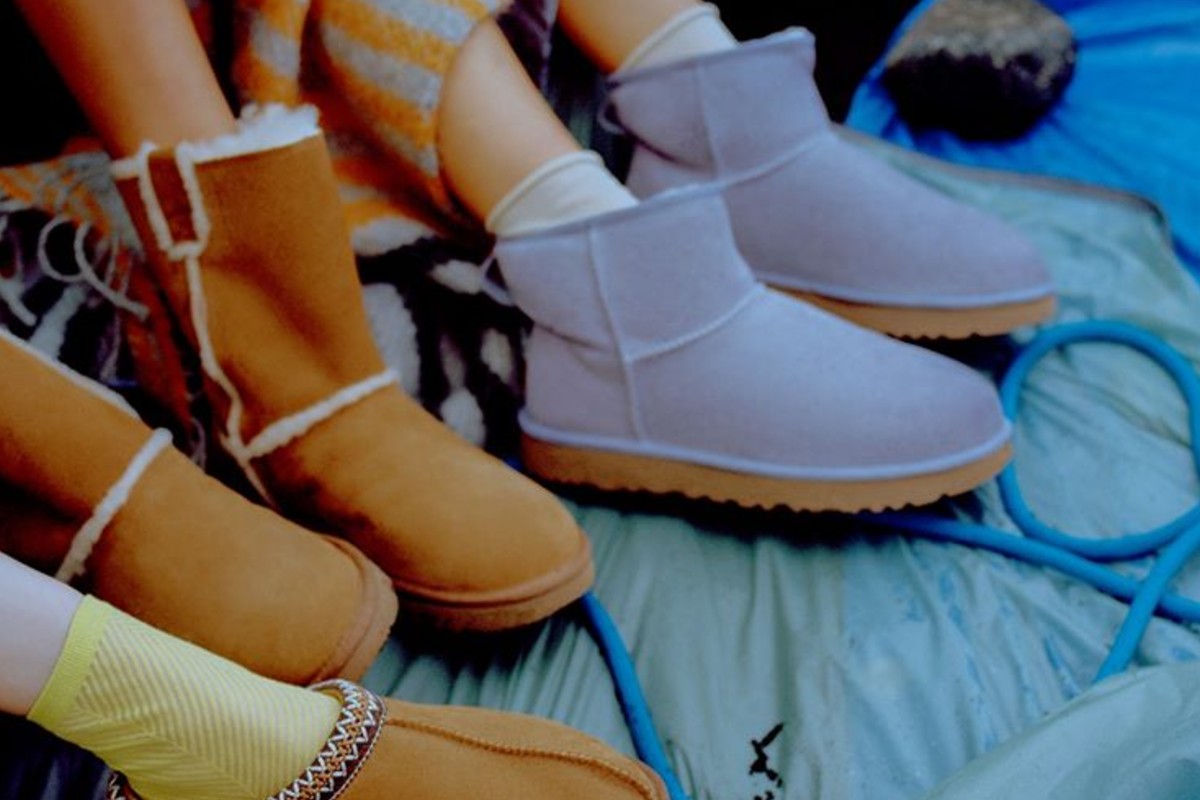 People in the UK were searching for slouchy fashion in the form of hoodies, sweatshirts and cropped sweaters with the most-sought-after brands being Stone Island, Converse and C.P. Company.

In preparation for the warmer months, Lyst revealed people were searching for midi dresses and white sneakers in April. However, there was still a focus on warm feet.

Lyst revealed that, in April, “UGG slippers remain the most popular product of the week – searches grew a further 10%”. Gucci loafers, Lacoste hoodies and court shoes from Hobbs were popular choices in March across the European country.

Attention was quickly diverted to sporting brands including Adidas and Nike, where sweatpants and slider shoes fell in the most wanted categories by April.

As the European summer approached, German shoppers searching for flip-flops increased by 98% and Lyst noted increased interest in Gucci jackets. 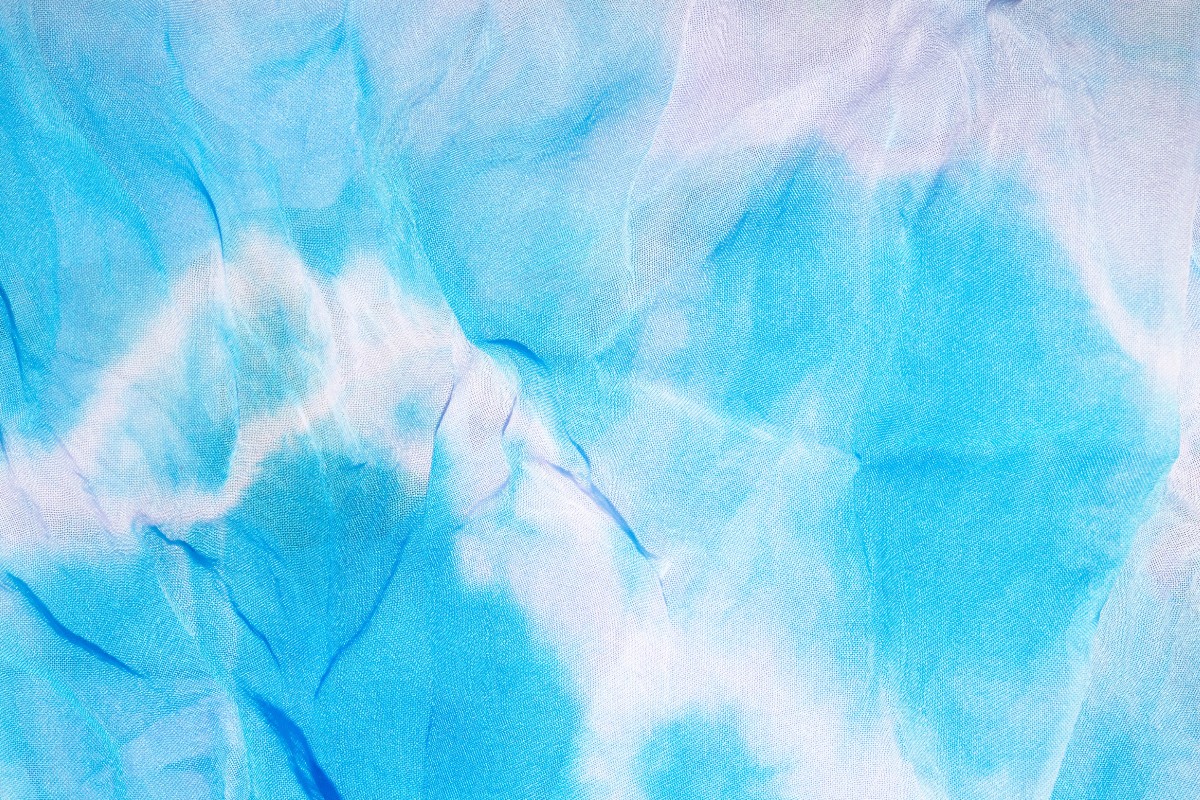 Whether it’s a fashion trend or simply to brighten up life in isolation, French shoppers were searching for colourful clothes including Jacquemus’s Riviera bag, Lacoste’s tie-dyed puffer jacket and Gucci’s Donald Duck jumper in March.

By April, the country saw a significant rise in comfortable clothing – mirroring the trend across the world – as well as feel-good items including rings and mini bags.

Multicoloured sequined tops, joggers, bucket hats, shirts and dresses also saw increased attention. This was topped off by flip-flops, the searches for which increased by 207% in April compared to the previous month. 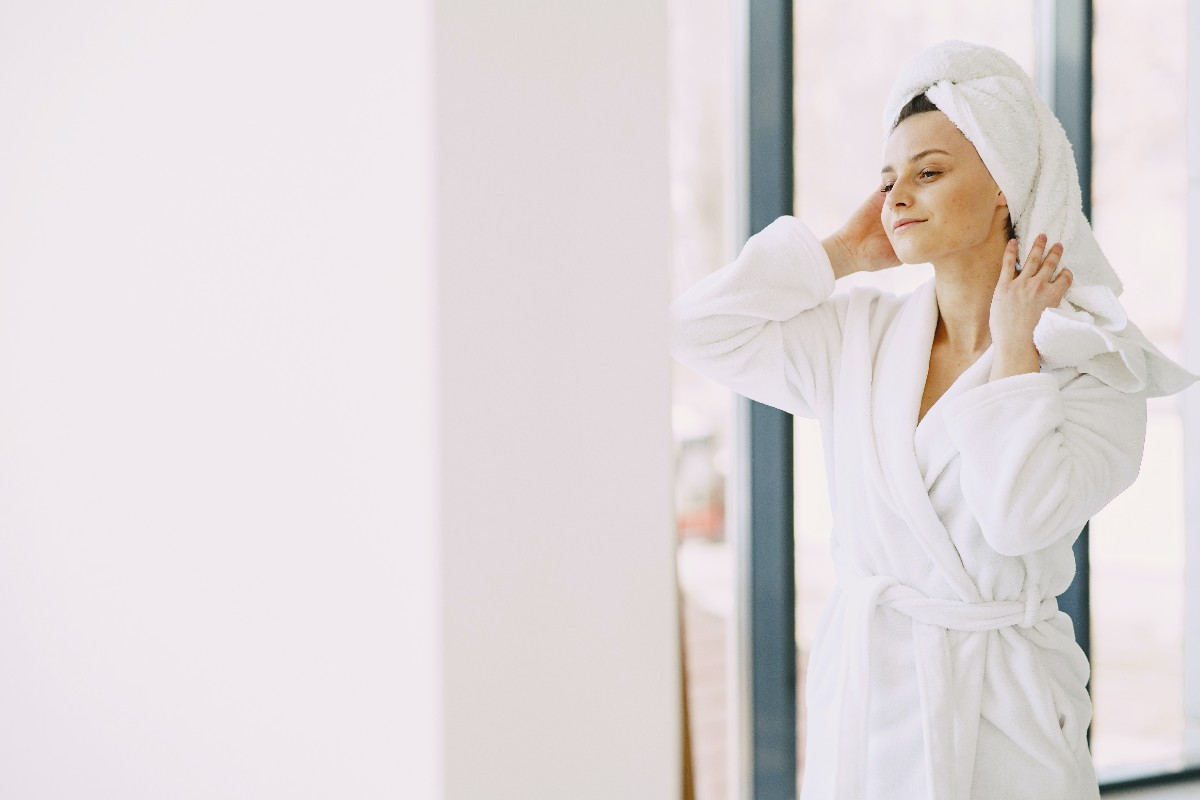 March may have been one of the biggest months for the pandemic in Italy, but it didn’t slow down shoppers. Ever-stylish Italians were searching for printed shirts and blouses from Etro, Versace Medusa jewellery and Dolce & Gabbana’s raffia tote.

An interest in streetwear grew towards brands such as Balenciaga, homegrown Marcelo Burlon and Off-White, while sneakers by Alexander McQueen and belts by Dior Homme and Versace were high on people’s wish lists.

By the end of April, Italians searching for bathrobes increased 30% in one week. Once popular in the 80s, jelly shoes have seen a resurgence in Spain, where shoppers are searching for Melissa’s Neon jelly shoes. Sticking with the kaleidoscope colour theme, interest increased in items including Lacoste’s blue tie-dyed sweatshirt.

Worldwide, more than 17,000 fashion searches including the keyword ‘rainbow’ were made in April, with rainbow jumpers being the most searched for, increasing 31% month-on-month. In addition, the word ‘multicolour’ had a 40% increase over the last two weeks of the month.

Interestingly, searches for wedding dresses rose in Spain at the start of April alongside Louis Vuitton bags, and espadrilles – up 33% week-on-week. 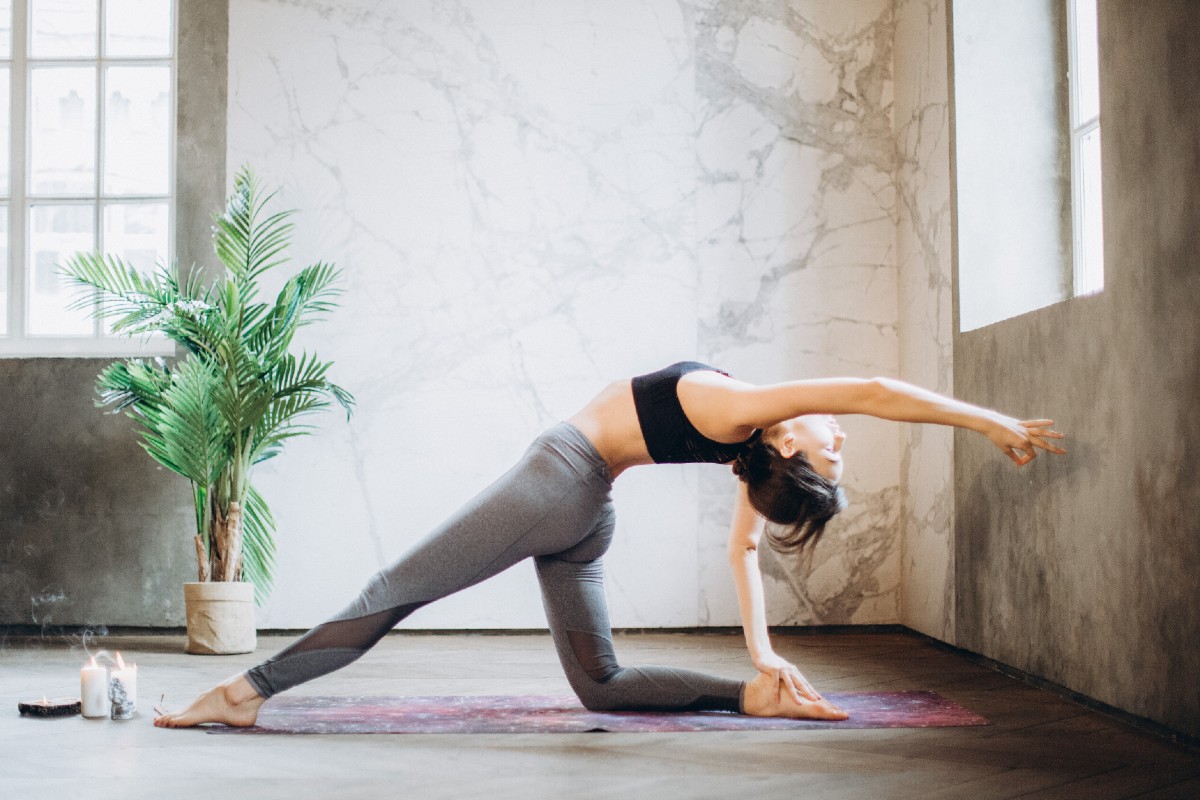 Along with the rest of the world, Australians were increasingly looking for sneakers and sweats for comfort as well as dresses. Within a week in April – at the height of the nation’s COVID-19 lockdown – searches for sweatshirts and hoodies increased 40%.

Lyst states that, in Australia, “activewear is the most popular category at the moment”, and globally, “searches for activewear continue to rise and are now up 25% since the beginning of April”.