What it’s like to drive a A$1.5 million fleet of supercars

24 hours of supercars, seaplanes and superyachts. 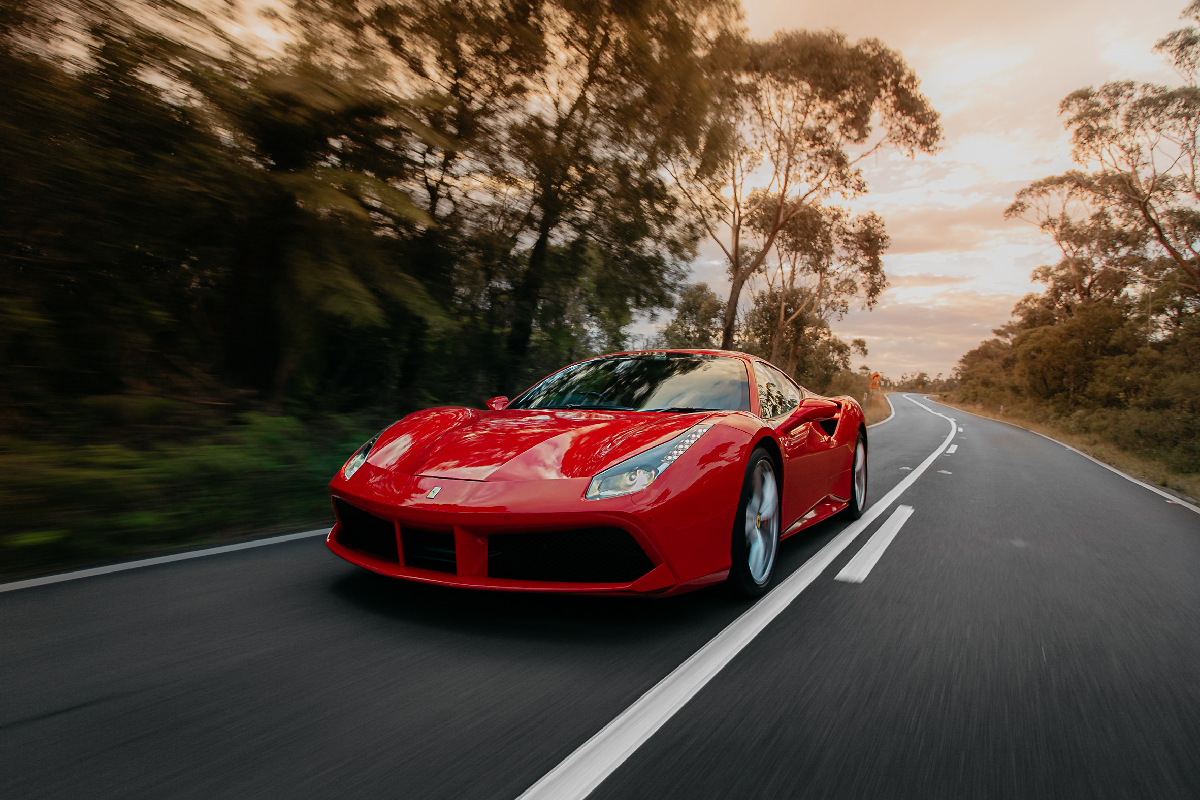 Is there anything better than cruising along winding coastal roads as the throaty rumble of a Ferrari Portofino M propels you with such ease? Of course! Add in three more luxury supercars, a seaplane and superyacht, and you have one extraordinary day ahead.

And it all started with two clenched fists.

“Pick a hand, any hand,” Walter Szyszka, Prancing Horse Drive Experiences CEO, announced to our intimate group, which was buzzing with utter excitement despite the early wake-up call on a drizzly Saturday morning.

Concealed beneath his hands were four keys to four supercars: a Ferrari Portofino M, Audi R8 V10, Ferrari 488 GTB and Porsche 911 Turbo – the making of an unforgettable drive day experience.

For half the group, they made their selections and unknowingly decided what wheels they’d be behind first. As for the rest of us, we were whisked across Sydney to the sublime Rose Bay, where a seaplane was waiting.

Steeped in history, Sydney Seaplanes was first designed to carry first-class mail, but it’s now a whimsical snapshot of the adventurous Golden Age of Flying. Slightly unnerved about its quaint size, snug confines and being an arm’s length away from the cockpit, the ‘flying boat’ proved to be a delightful way to start the day. Regardless of the moody grey sky (thanks, La Niña), we were treated to vistas of the glistening Sydney Harbour Bridge and spanning northern coastlines right through to the Central Coast – an aerial shot of where we would later be driving the Portofino M.

After a water landing smoother than most turbulent tarmac landings, the seaplane bobbed in the bay as a water taxi coasted over, leaving our group to cautiously climb out of the amphibious aircraft and into the boat (careful to not drop anything into the water below). 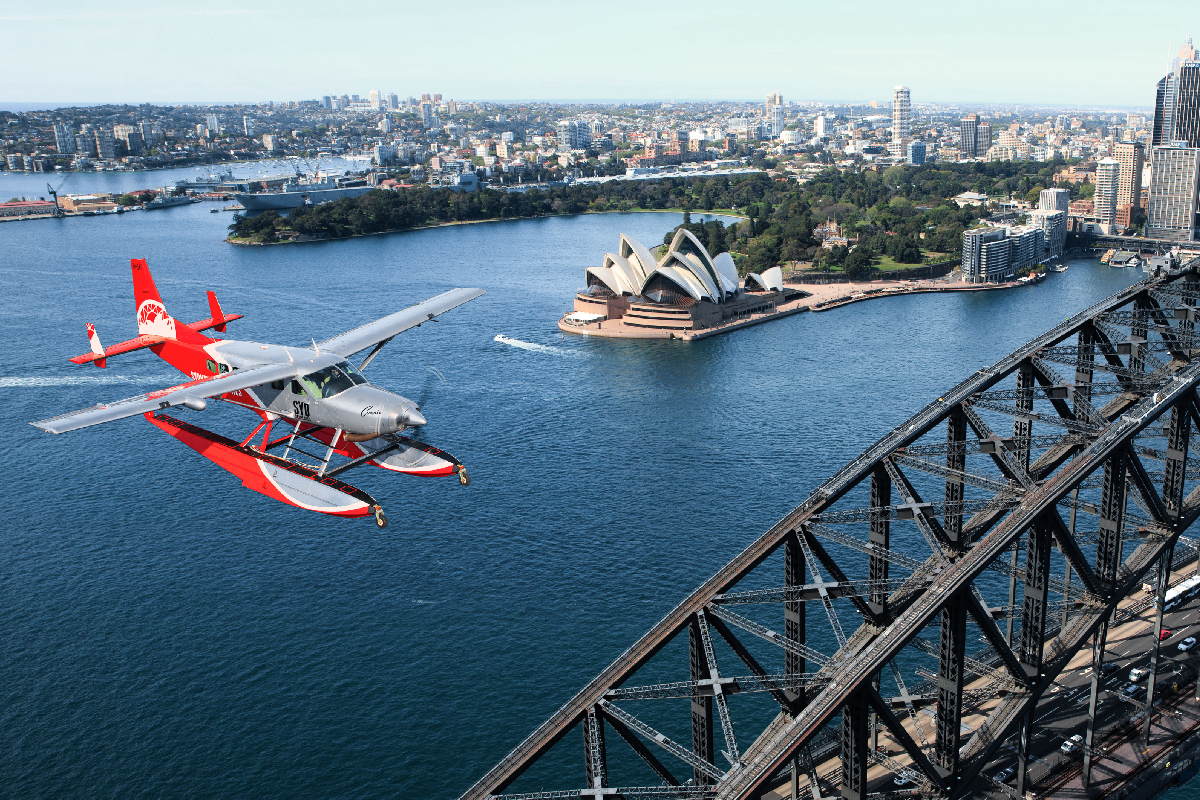 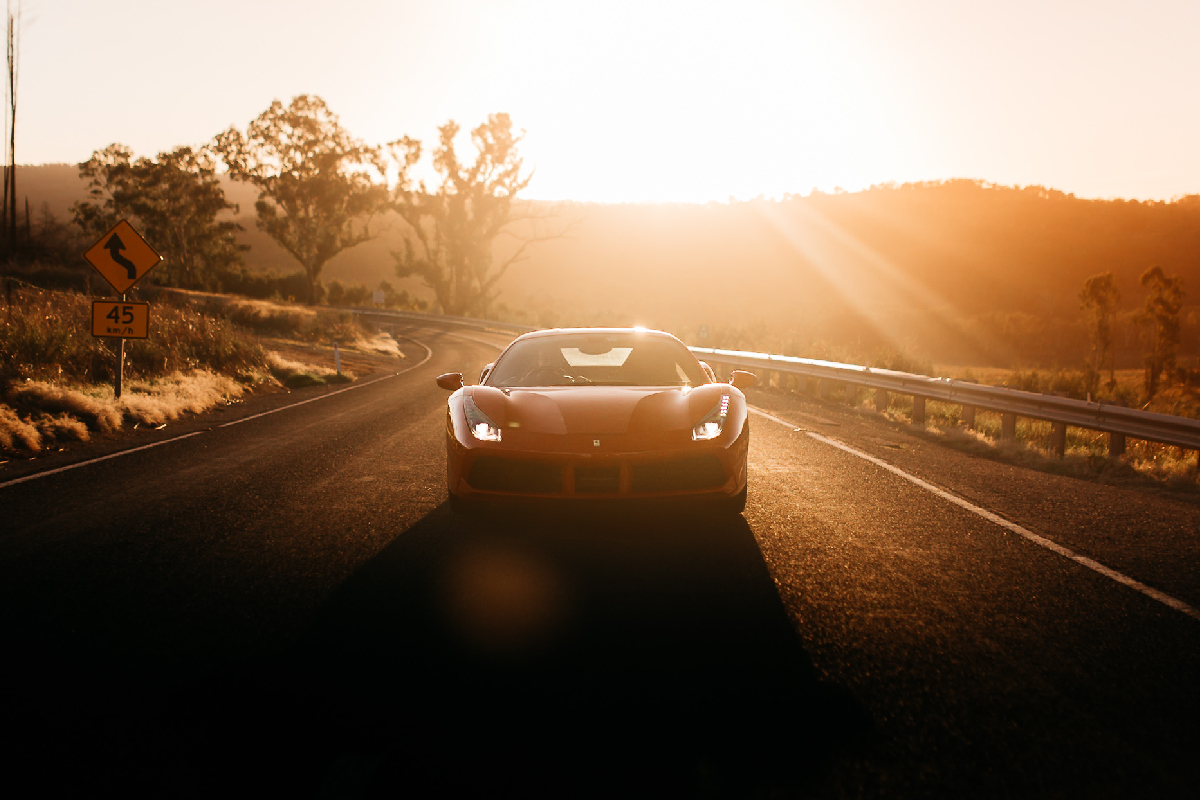 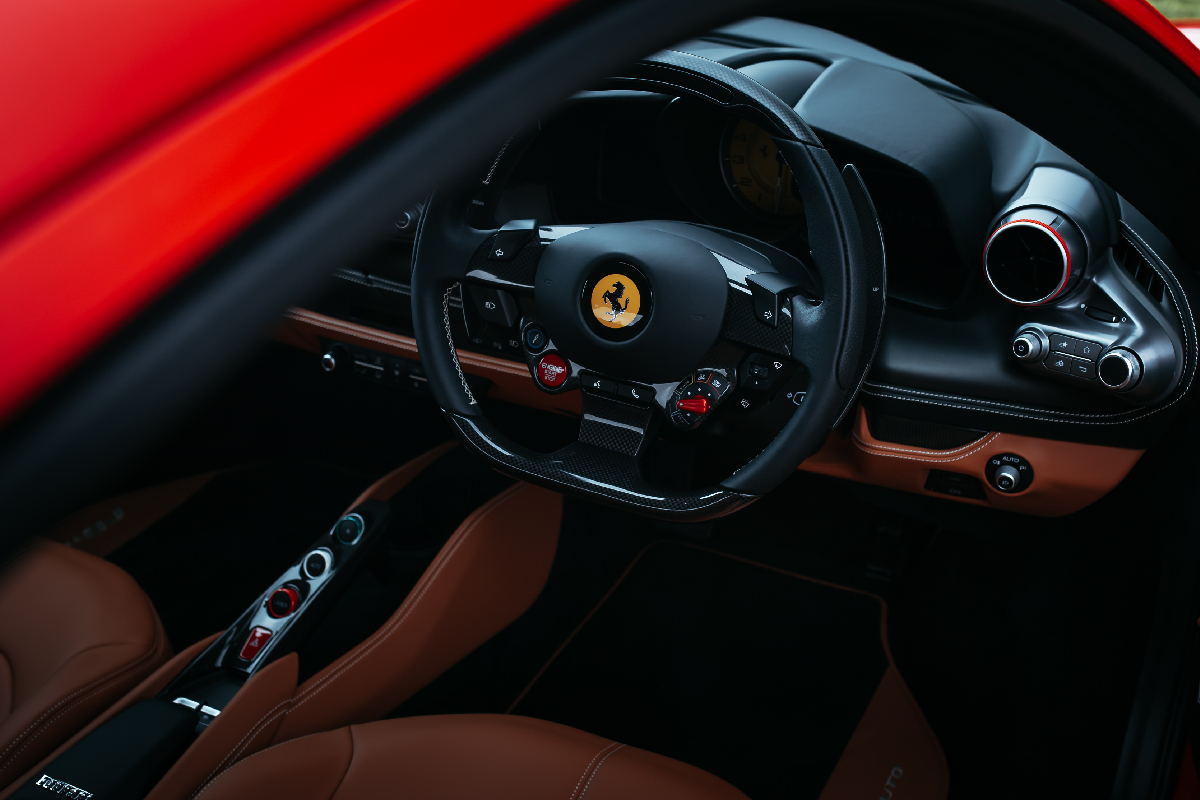 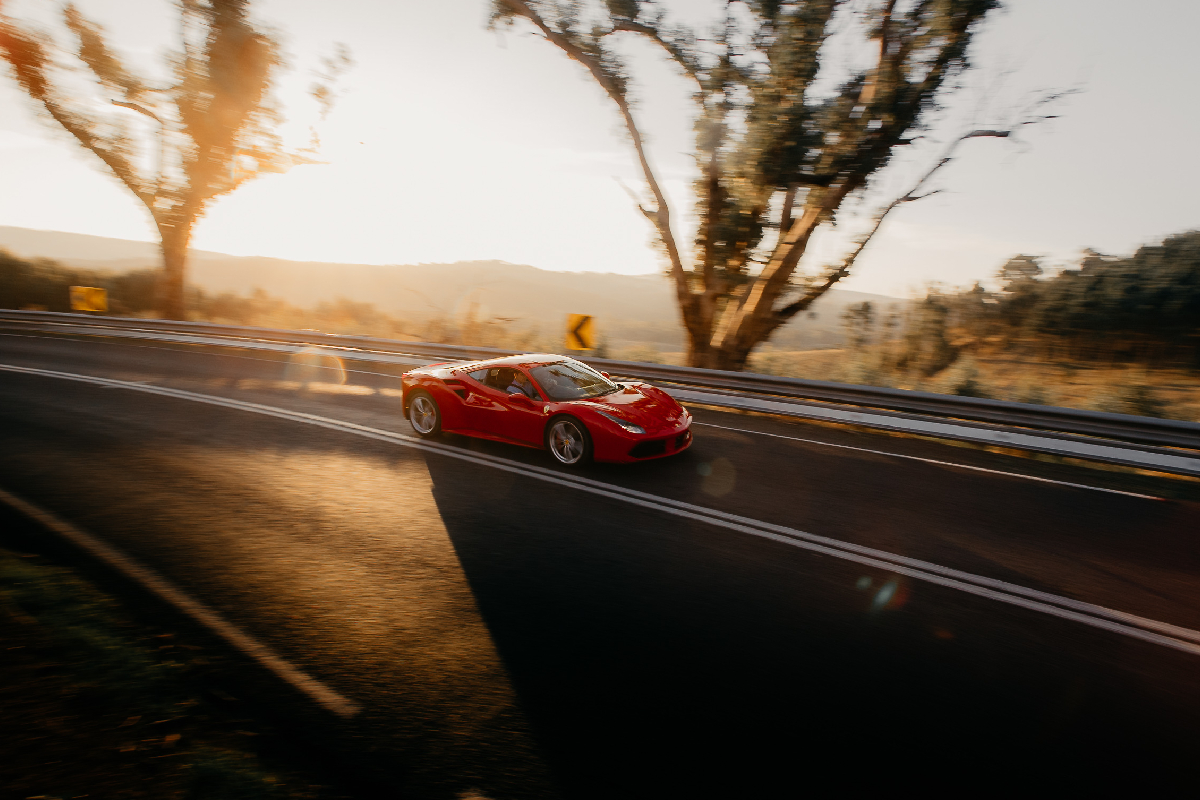 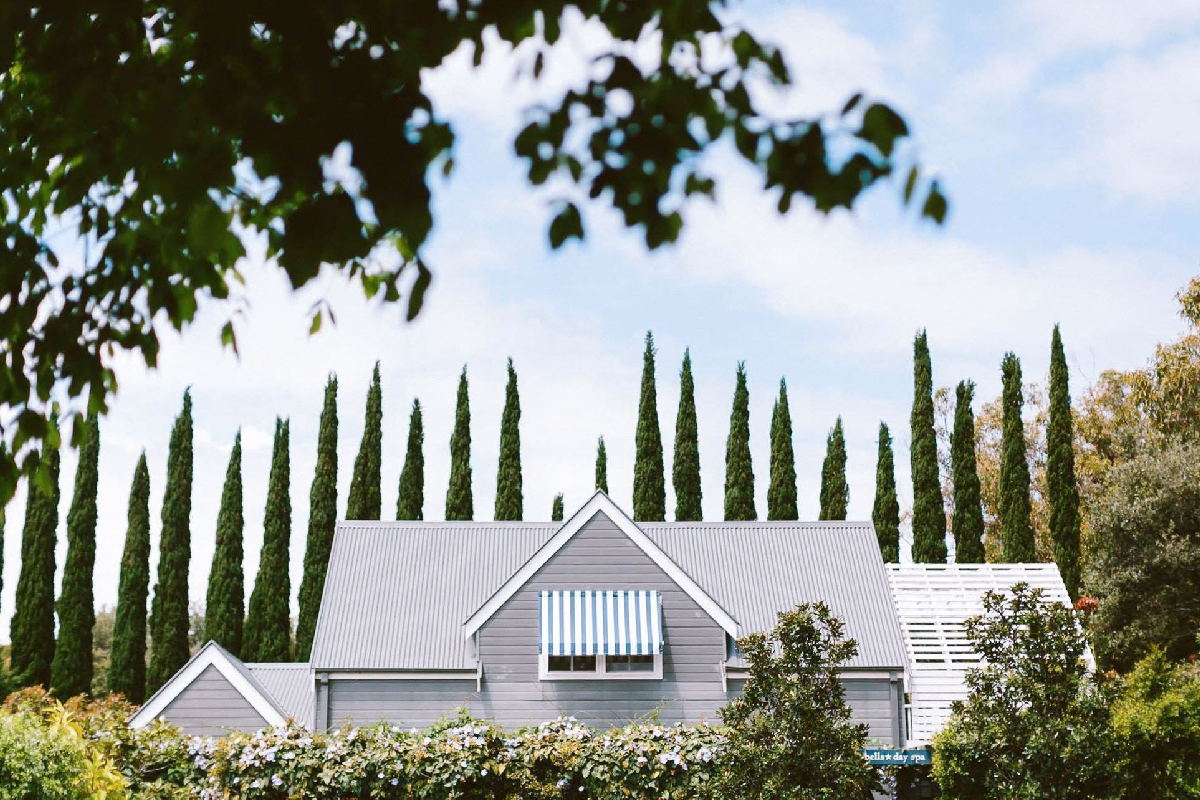 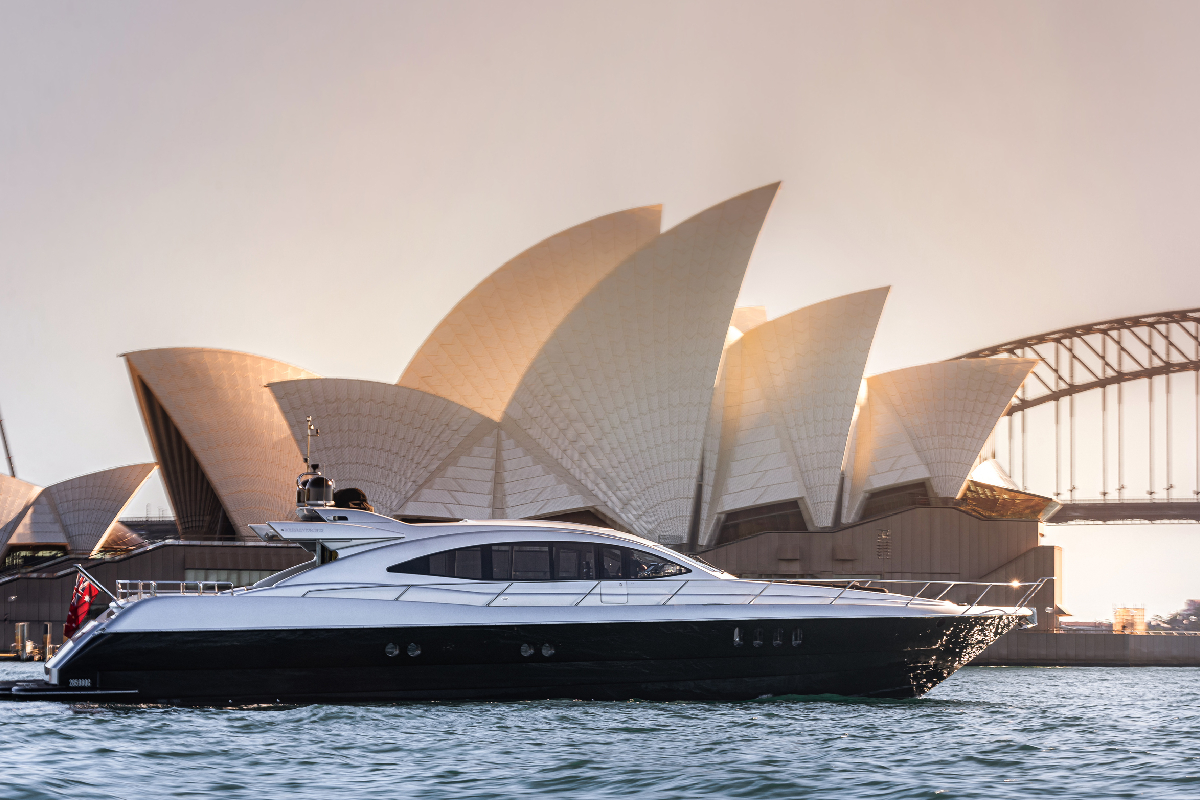 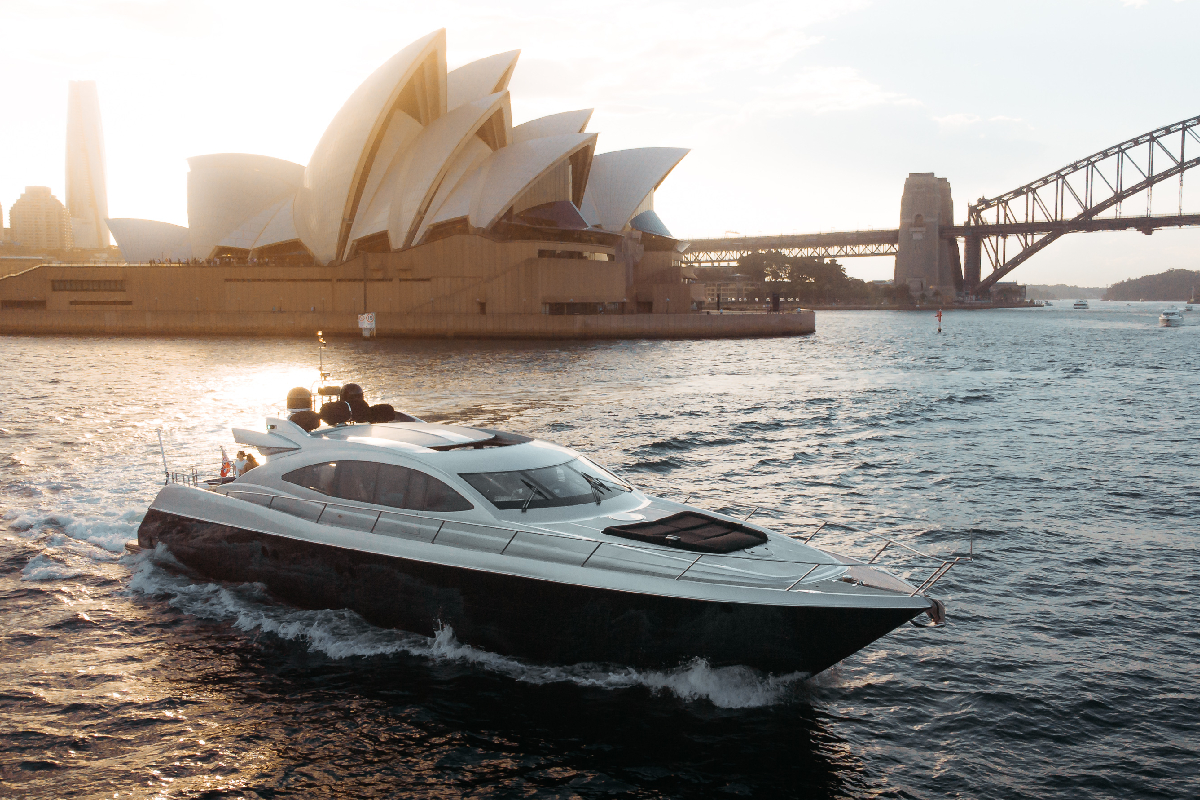 After a breezy journey back to land where dinghies were anchored near mangroves, and an equally quick drive, we arrived at Bells at Killcare.

What was the end destination for the first group’s drive was to become our starting destination after refuelling – us, not the cars. Treated to a sumptuous three-course lunch (sans wine) of scallop crudo with chilli and coriander, crispy skin snapper fillet with asparagus and lemon beurre blanc (as well as the other incredibly popular choice: an eye fillet with charred broccolini and peppercorn jus), finished with vanilla panna cotta and mixed berry compote, the award-winning restaurant served up a delectable culinary affair.

After a quick caffeine hit, it was finally time to start our engines.

Lined up in the Hamptons-inspired garden, we made ourselves comfortable in the first of the phenomenal A$1.5 million fleet – the ever-so-stylish Grigio Alloy Portofino M.

Hours of anticipation led to an explosion of excitement, with each of the drivers unleashing the Italian and German engines as we followed Walter in his lead car onto the wide open road.

As my driving partner quickly became accustomed to the sheer power of the drop-top Ferrari – it rockets from 0–100 kilometres per hour in an electrifying 3.5 seconds, I revelled in the smooth agility of the supercar that was begging to reach its top speed of a cool 320 kilometres per hour. Watching the manettino shift on the steering wheel, changing its persona from comfort to sport to race, made for one invigorating drive, just as if we were in a race car. 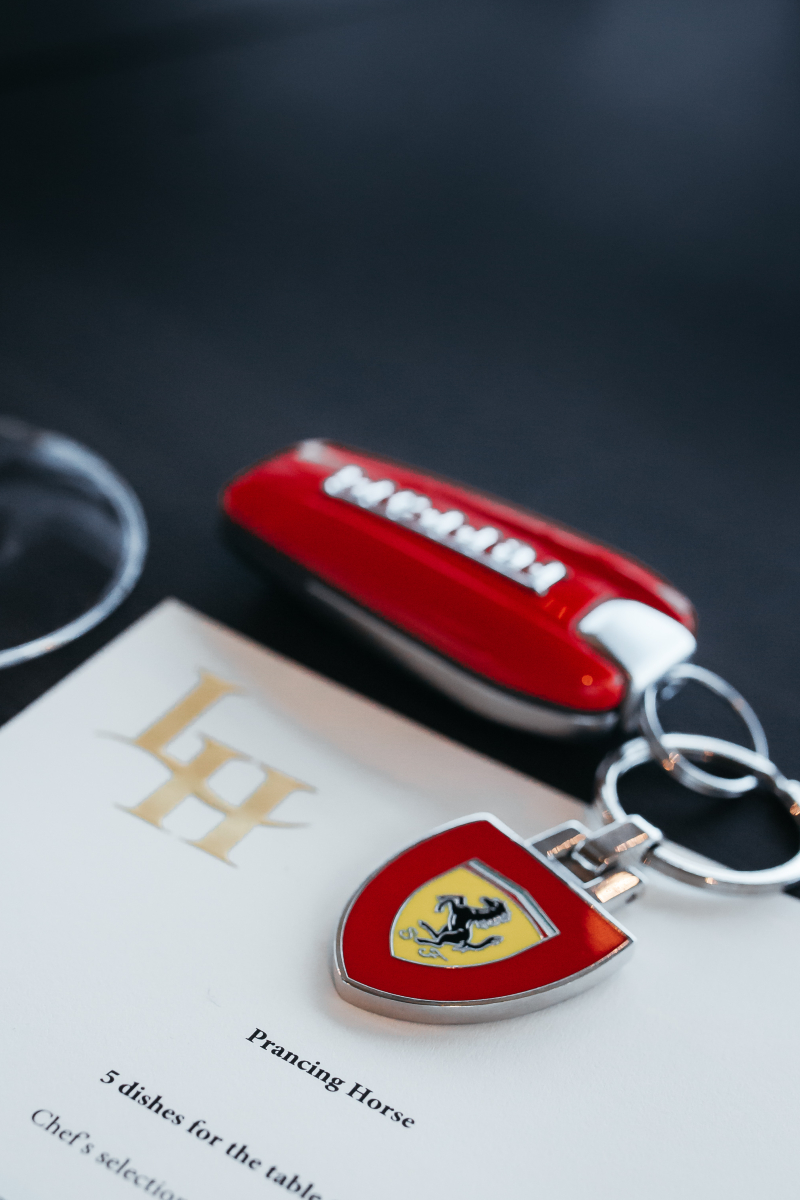 Pulling into a classic Australian roadhouse was bittersweet. We may have had to hand over the red Prancing Horse fob, but in return we received the keys to the Porsche.

Exorbitant speed and sensational handling made for a thrilling drive through the coastal bush. A compelling example of precise German engineering, the 911 Turbo jets from 0–100 kilometres per hour in an eye-watering 2.7 seconds – the fastest of all four cars. And despite its lightning speed capability, its mechanical grip ensured we were pulled around corners with flawless ease.

Our 45-minute taste of the Porsche flew by, leaving us once again swapping supercars as we gradually made our way along a curated route south to Sydney.

Now, if a multimillion-dollar fleet of luxury supercars wasn’t enough to turn heads, the sleek red Prancing Horse did this all on its own.

The hoarse rumble of Ferrari’s famed roar echoed through the air as we took off from the pit stop. One slight tap of the accelerator and the Italian supercar demanded more – as one of the most dynamic cars on the planet only could.

Effortlessly sweeping the quiet roads, the 488 GTB could sprint to 100 kilometres per hour in a mere 3.1 seconds, vibrating with power.

Edging our way closer to the city meant one final car change, this time with the Audi R8 V10. While it wasn’t ideal for my tall 1.96-metre-tall driving partner (whose head nudged the roof of the cabin), it was a memorable encounter.

Exceptionally fast yet easy to handle, the V10 packed a punch thanks to its Lamborghini-sourced engine – boasting more than 600 horsepower, which bellowed through the tunnels. While heavy peak-hour city traffic interrupted the flow slightly, Walter was never too far away thanks to the two-way UHF radios. 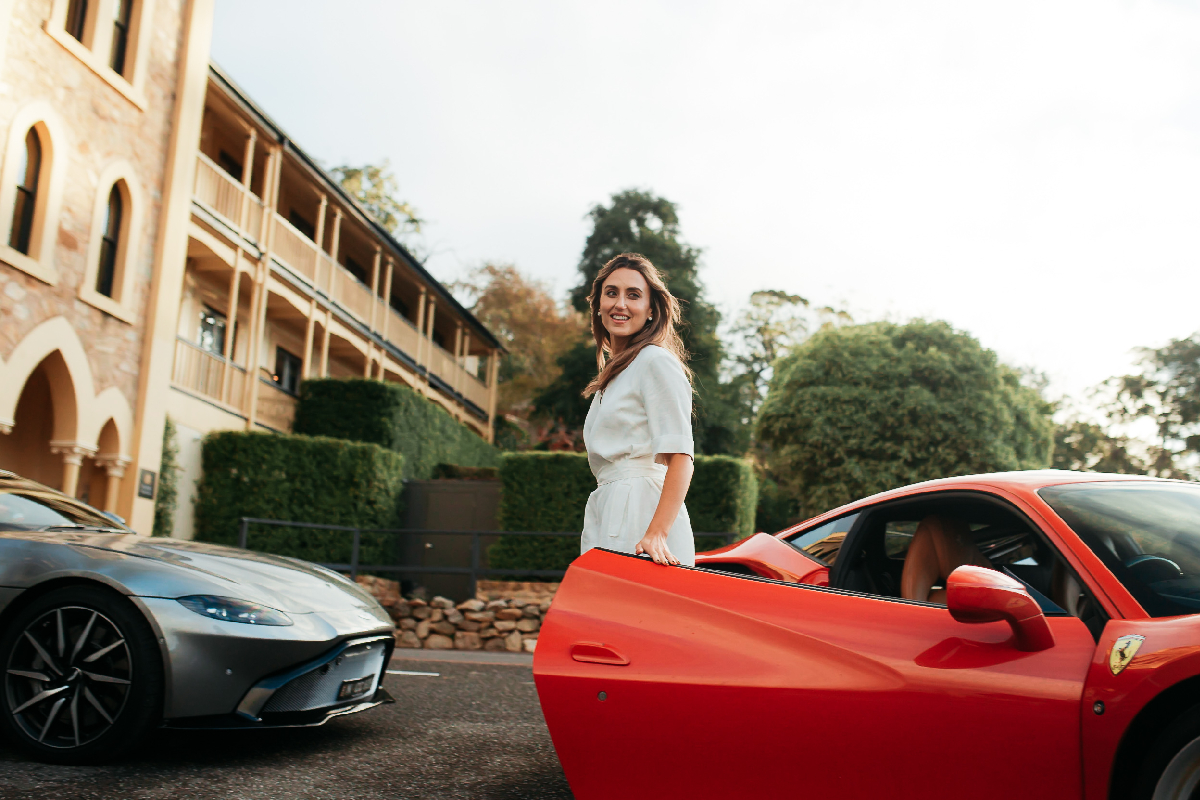 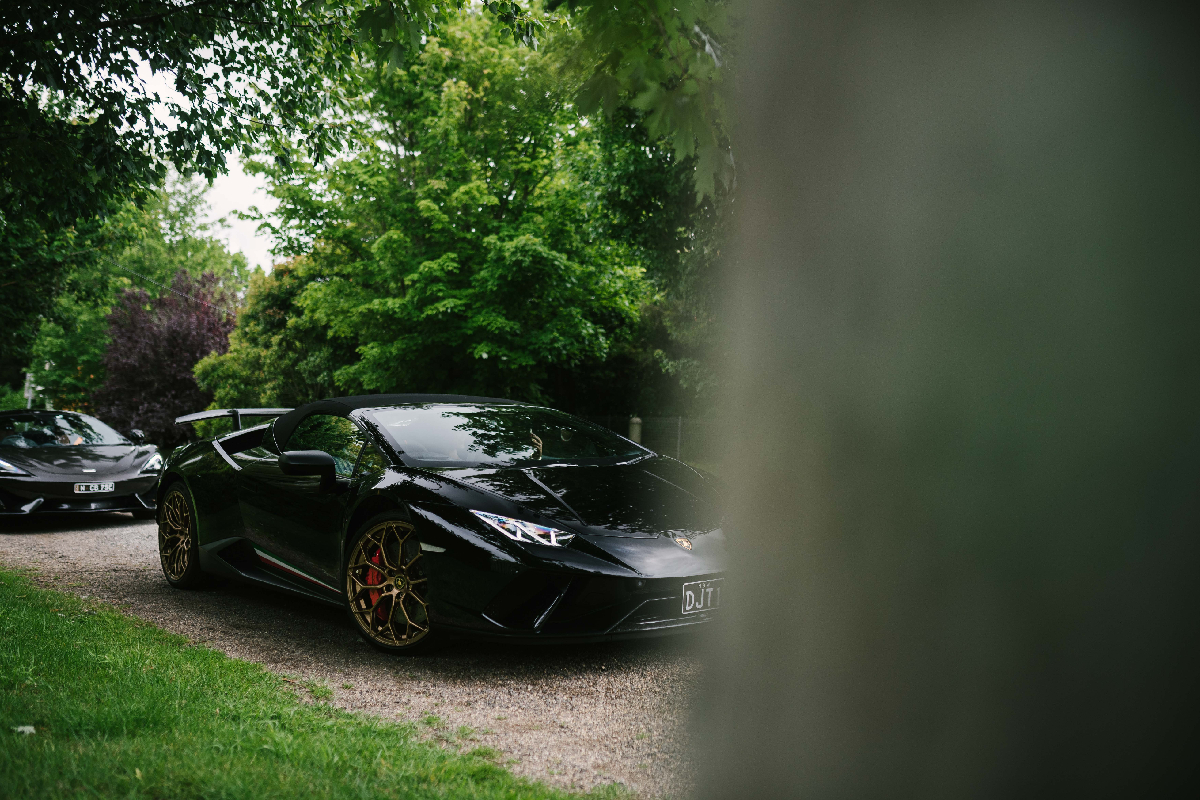 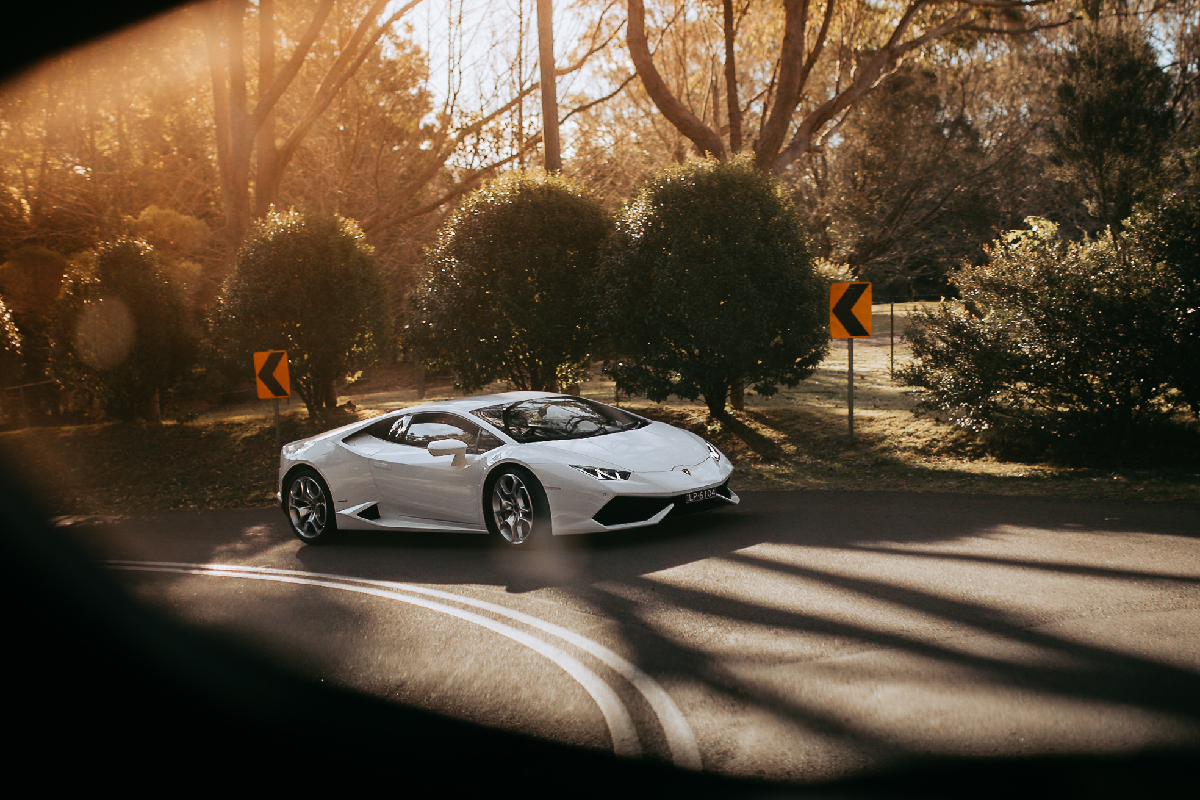 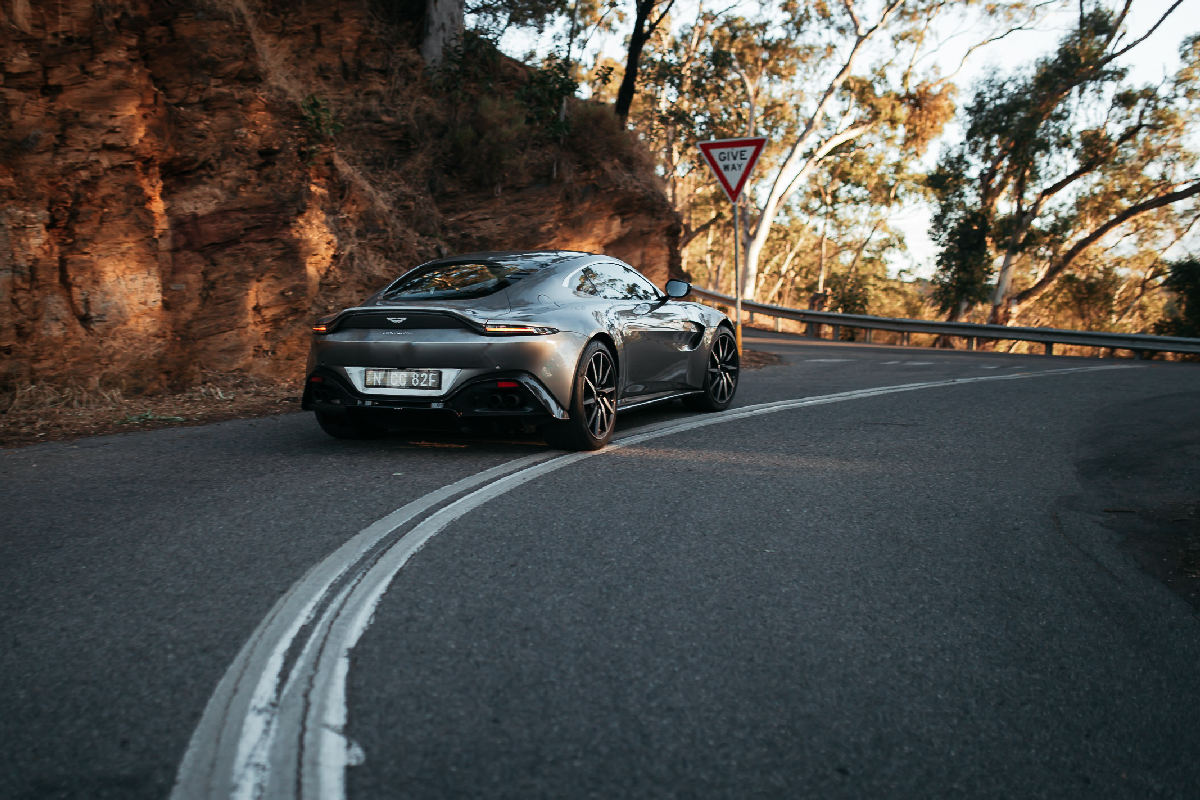 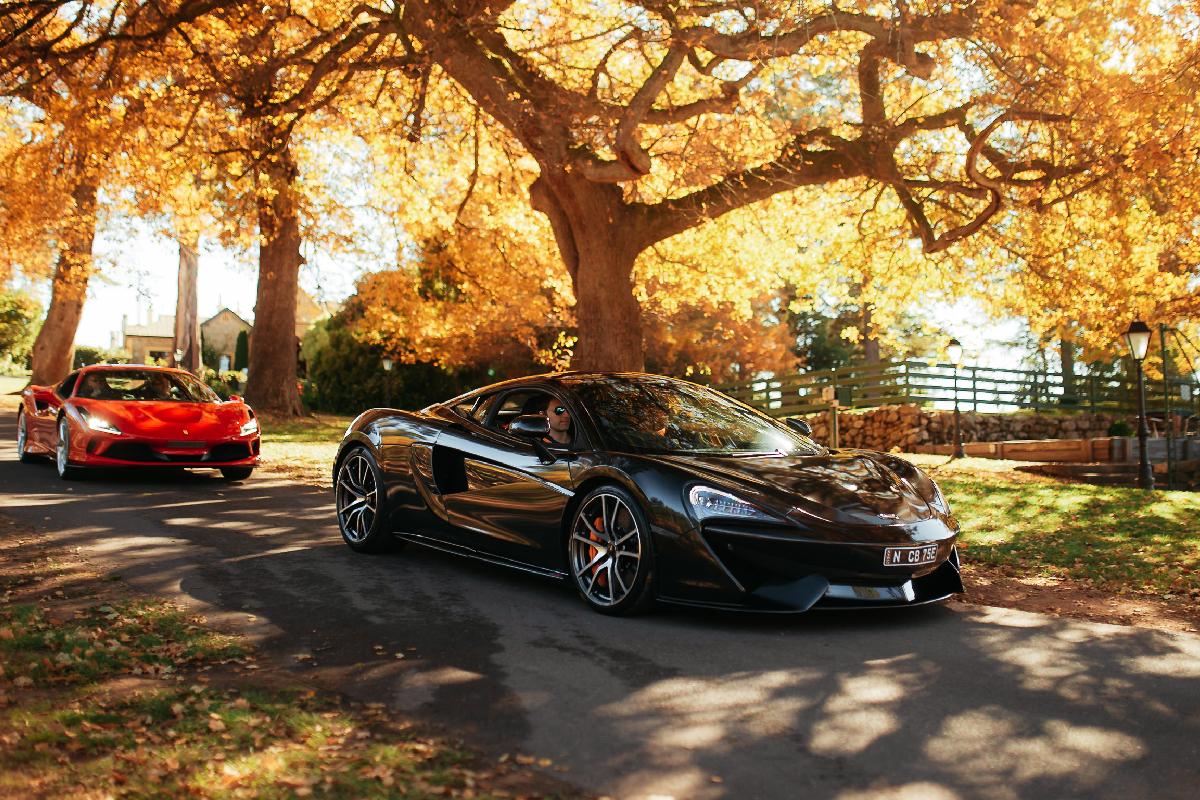 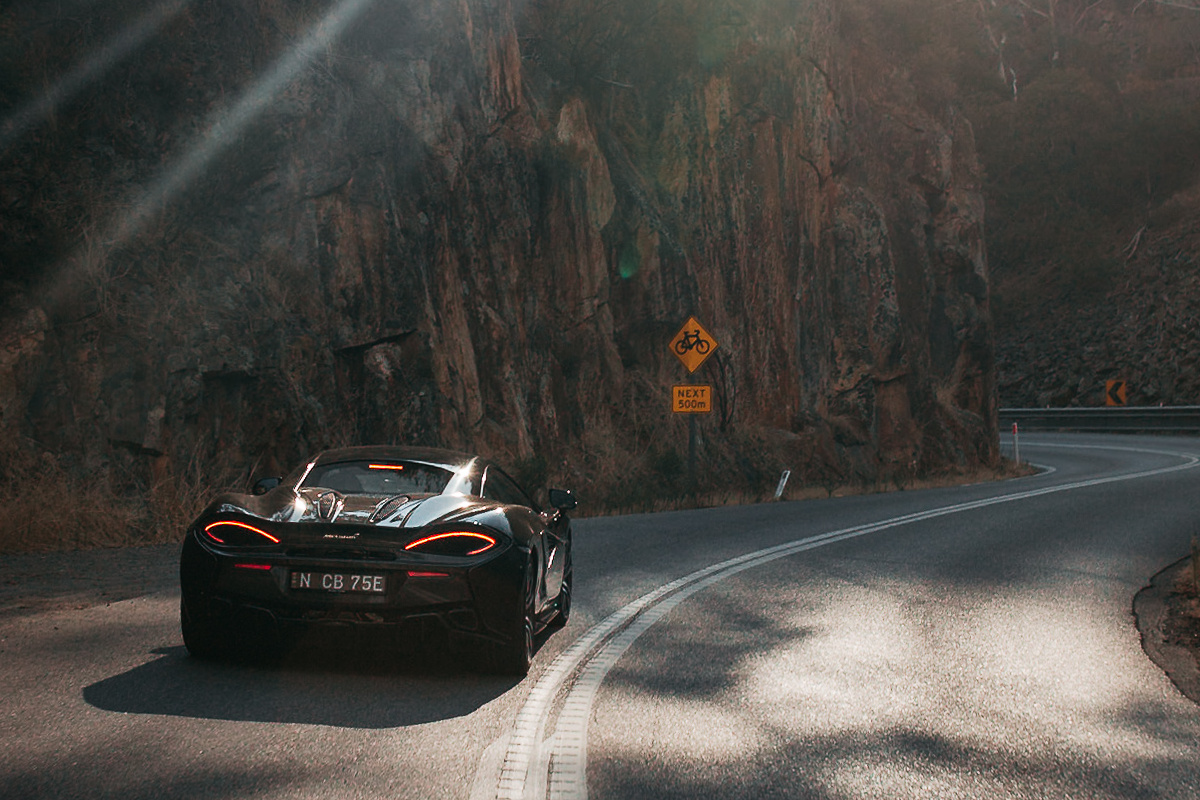 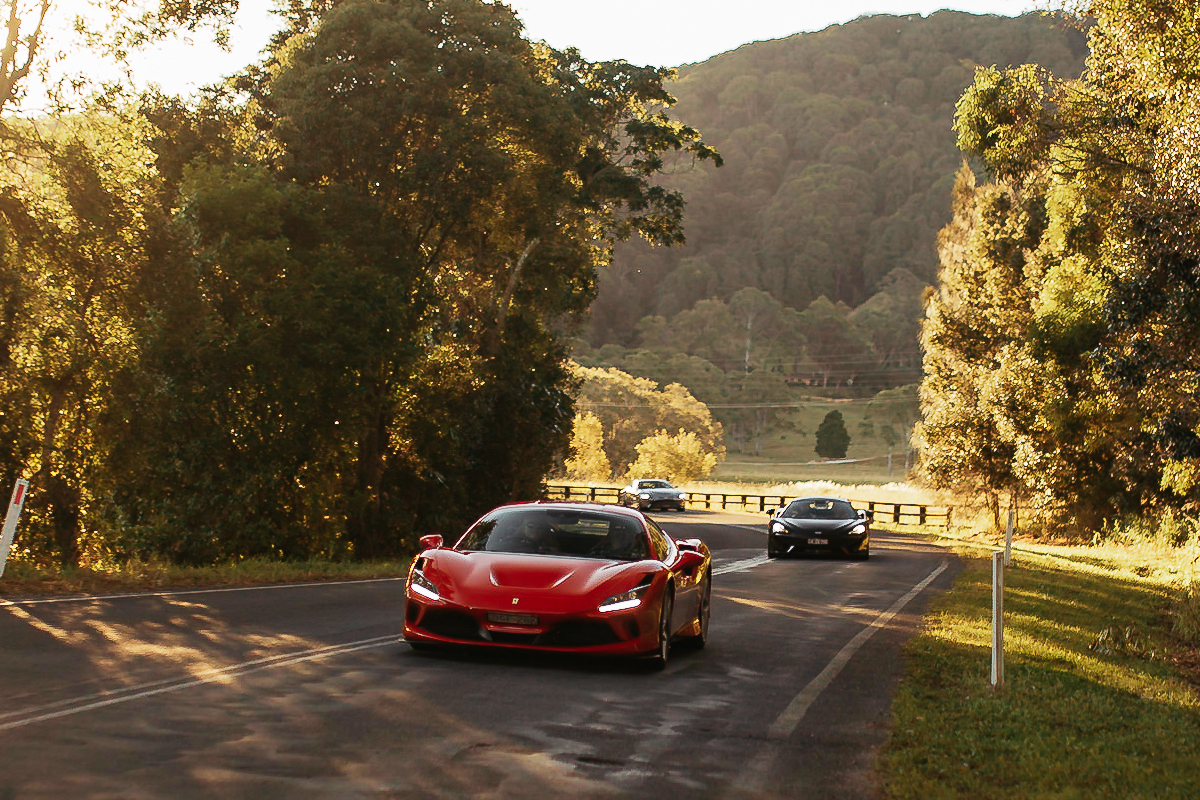 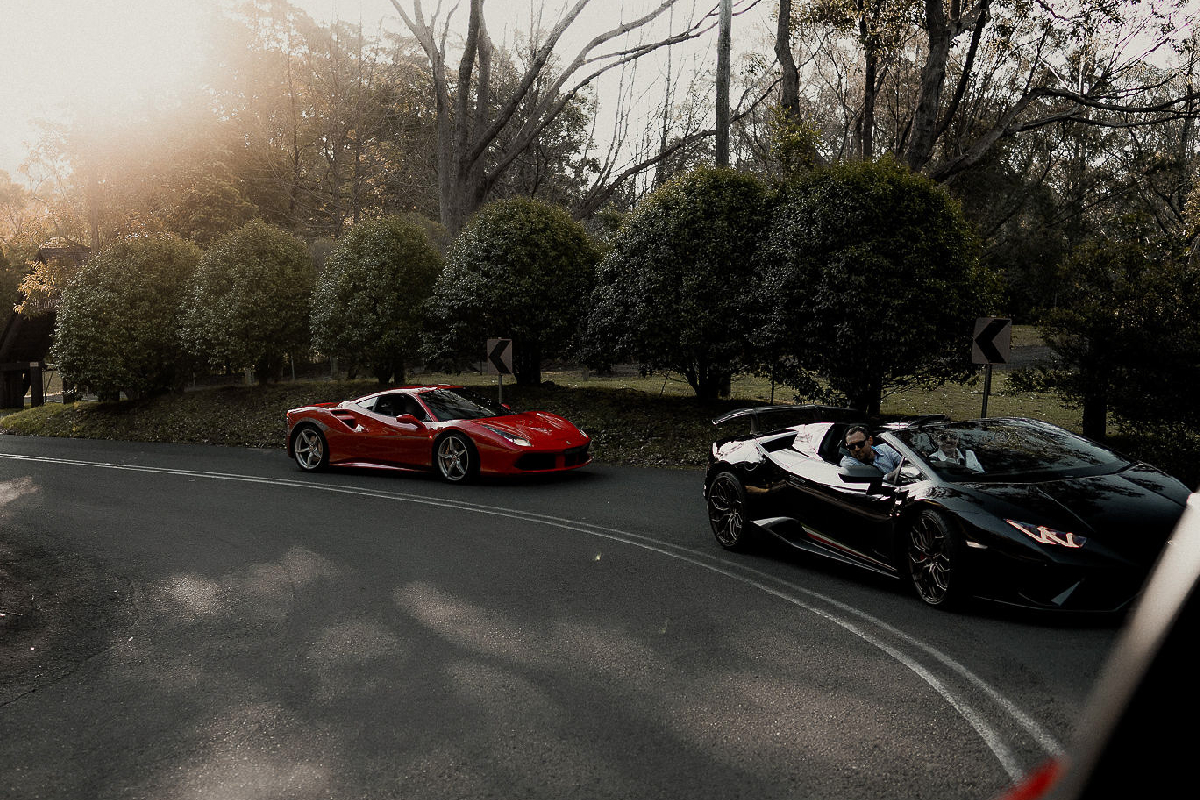 A taste of the Luxury Drive Escape at Ooralba Estate
[/img]

Making our way over the Sydney Harbour Bridge, we convened at The Star at Darling Harbour, reuniting with the second half of the group.

To celebrate the adrenaline-inducing day and reminisce over fresh memories, the evening was spent cruising the harbour in true style onboard Ghost I. With Veuve Clicquot Champagne flowing along with sumptuous canapes, the group mingled as the breathtaking 27-metre luxury yacht offered premium vantage points of the glittering city, which twinkled under the balmy night sky.

Established almost 15 years ago, The Ultimate Indulgence experience is the only Prancing Horse supercar drive day leaving a major city. Some of the country’s most picturesque regional towns offer an idyllic backdrop for the once-in-a-lifetime experience including the latest addition hosted at Kangaroo Valley’s Ooralba Estate, which features a whole new fleet of supercars.

After an exhilarating day spent behind the wheels of Ferrari and Lamborghini supercars winding through rainforests and beside the spectacular azure ocean, an exclusive number of guests will indulge in a night of luxury complete with a private chef, farm-to-table meals and hours spent relaxing by the crackling fire.

From the air to the land and the ocean, some of life’s best experiences start with an ‘s’: seaplanes, supercars and superyachts. The hardest part? Choosing what journey to take.