Bremont joins Rolls-Royce to change the future of flying

The next revolution in aviation is here and with that comes Rolls-Royce’s attempts at developing history’s fastest aircraft with zero emissions. In a time where flying has become a luxury, English watchmaker Bremont is forging ahead in its pursuit of the next revolution in aviation. The latest initiative is motivated by society’s growing concern over sustainability and will see Bremont partnering with Rolls-Royce to break the record for the fastest zero-emissions aircraft in history.

If the all-electric speed mission succeeds early next year, Rolls-Royce and Bremont will surpass the current record of 342km/h (213mph) by hitting speeds of over 483km/h (300mph). The partnership will also see Bremont designing the plane’s cockpit, which features a stopwatch and machined canopy release parts from its Henley-on-Thames manufacturing facility.

To mark this milestone collaboration, Bremont have also released its own mechanical chronometer called the Bremont ionBird. The watch will grace the wrist of test pilots involved in the development of the record-breaking flights.

Crucial to its suitability to the challenge, the Bremont ionBird’s 43mm case is crafted from aviation-grade titanium to ensure strength and lightweight properties. Precision timing is achieved with the watchmaker’s BE-93-2AV chronometer rated GMT movement. This device also leverages Bremont’s proprietary ‘Anti-Shock’ technology within the body.

Functions include dual time zones, which are highly legible on the clean dial design. A bonus vintage aesthetic is further accentuated via the numerals and bronze hands paired seamlessly with a brown nubuck strap. 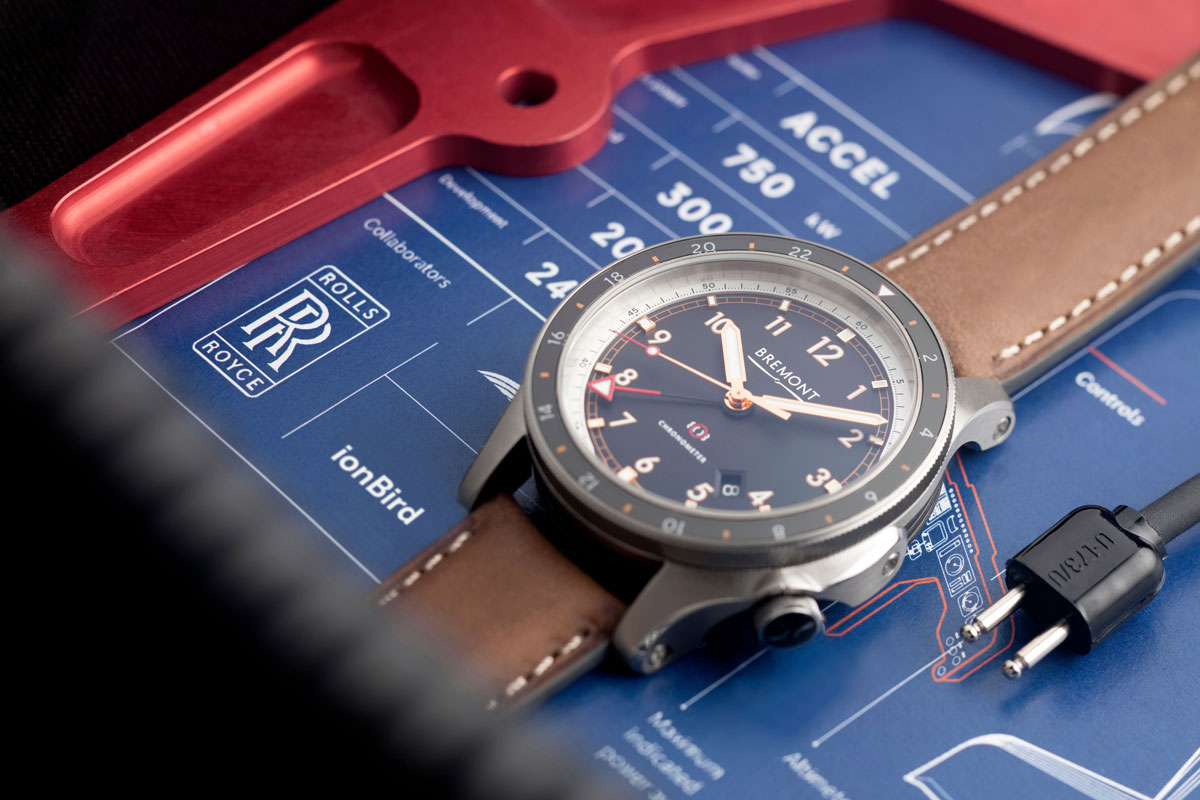 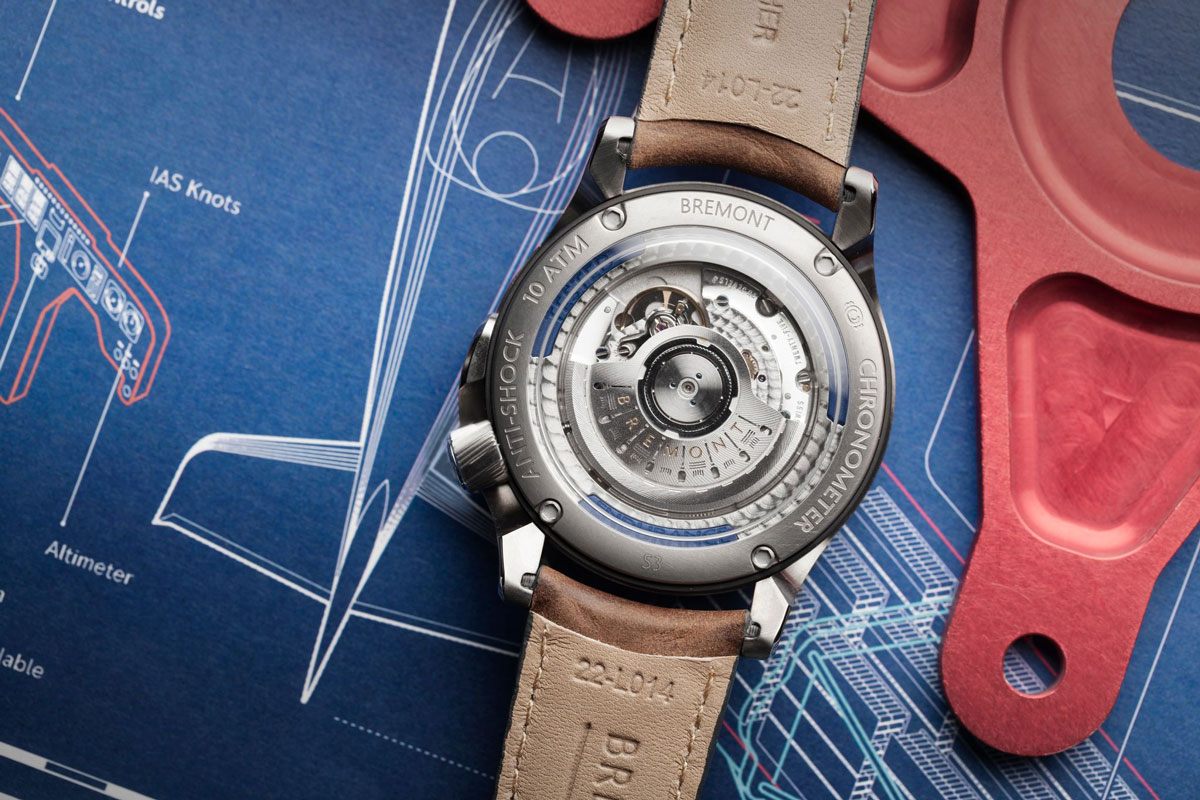 Nick English who is the Co-Founder of Bremont explained the synergy between the two British companies.

“The countless synergies in this project really do beggar belief. The passion for precision engineering, British manufacturing and aviation to name but a few,” he said in a statement. “It is an extraordinary privilege to be working with the wonderful Rolls-Royce team on this project. As pilots ourselves, we have known Phill, the Rolls-Royce test pilot, for many years and Rolls-Royce owns the Spitfire that our father operated when he was alive. The electrification of the air is such an important milestone in these challenging climatic times, and to be playing a small part is very rewarding indeed.” 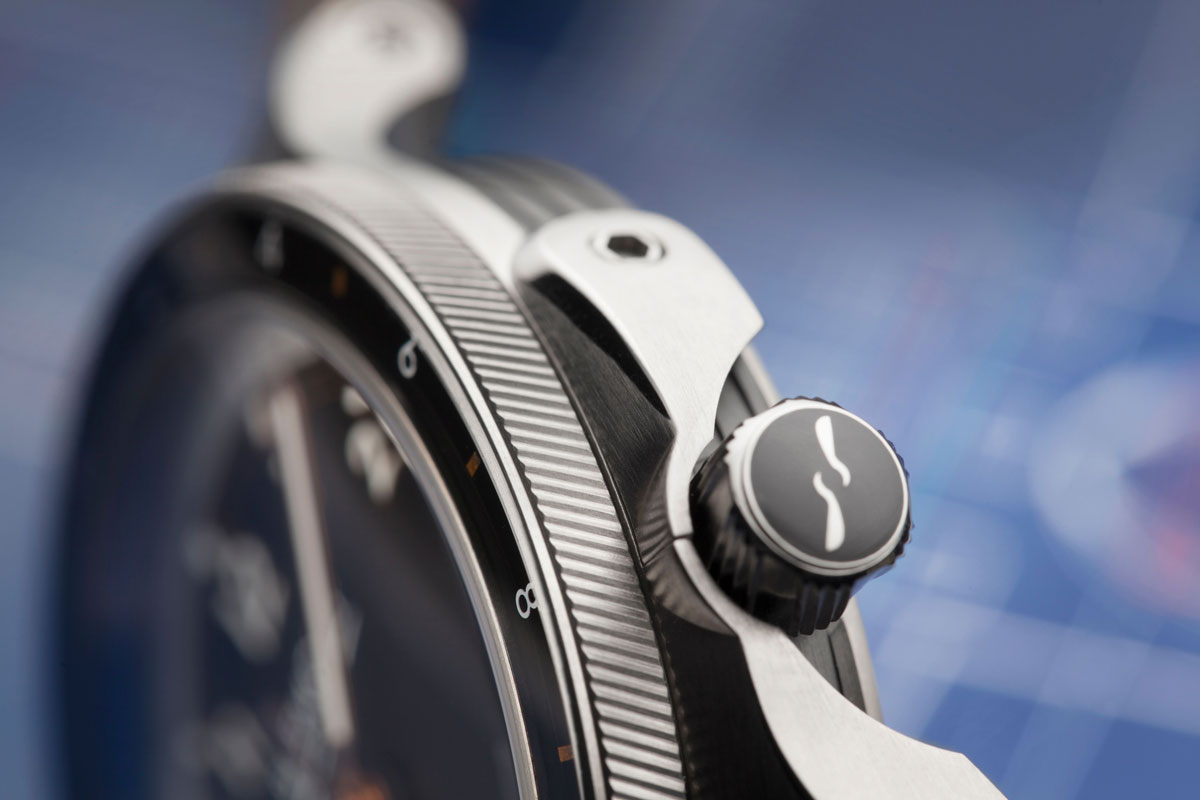 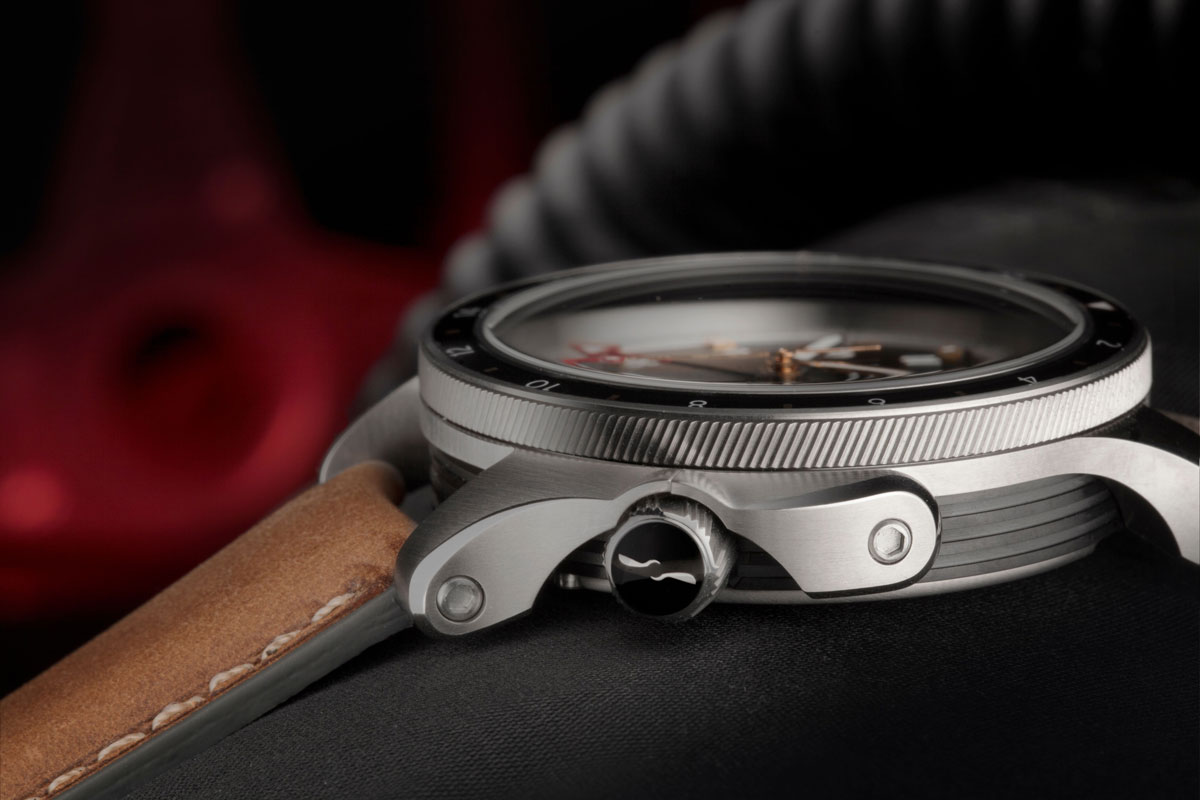 Rolls-Royce Project Lead Matheu Parr added that building the fastest all-electric aircraft is an enormously tough and exciting journey. Their main challenge was to develop a 400kW electric powertrain, which was powerful enough to supply 250 homes, while still being light enough to fly.

“Throughout aviation the ground test rigs used for development and testing have been known as ‘Iron Birds’,” Parr explained.

“It seemed very fitting to call the test rig for a new generation of sustainable aircraft an ‘ionBird’. We have spent many hours directly operating the ionBird to understand what is different about electric flight and optimising the system to reach speeds of 300mph-plus.”

An app developed by the two companies will also be used to aid in tracking the accuracy and safety of the aircraft’s flight at speed. It will be loaded onto the ionBird chronometer’s Bluetooth strap for pilots to check timing target updates via the app. Bremont believes that with a hugely demanding record profile to fly, where time management is critical, a ‘tap on the wrist’ from the Bremont ionBird strap is vital. Amateur and professional pilots will also have access to this app for their own flights.