Inspired by the golden moments of a woman’s life, Seduttori is the latest incarnation of one of Bulgari’s most recognisable cult watches: Serpenti.

Serpenti Seduttori forms part of the iconic snake motif family, a motif that is at the very heart of Bulgari’s DNA.

With its distinctive persona and dangerous charm, the serpent has long captured the imagination of man, and has been cast as a central figure in the myths and folklore of cultures across the globe.

A symbol of strength and power, it also represents the allure and charm of women.

The glamourous and versatile Seduttori collection debuts an unprecedented design that represents a bold new chapter for Serpenti timepieces with its iconic drop-shaped watch head, inspired by the Serpenti Tubogas. 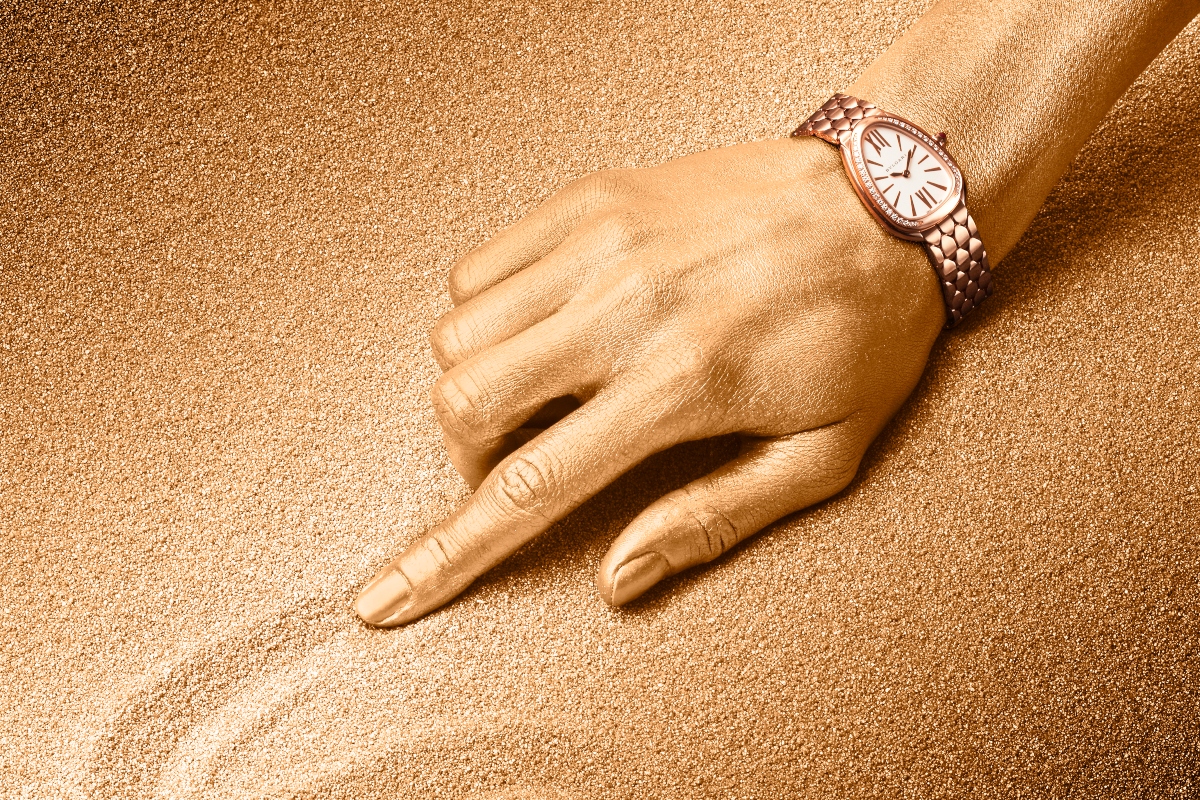 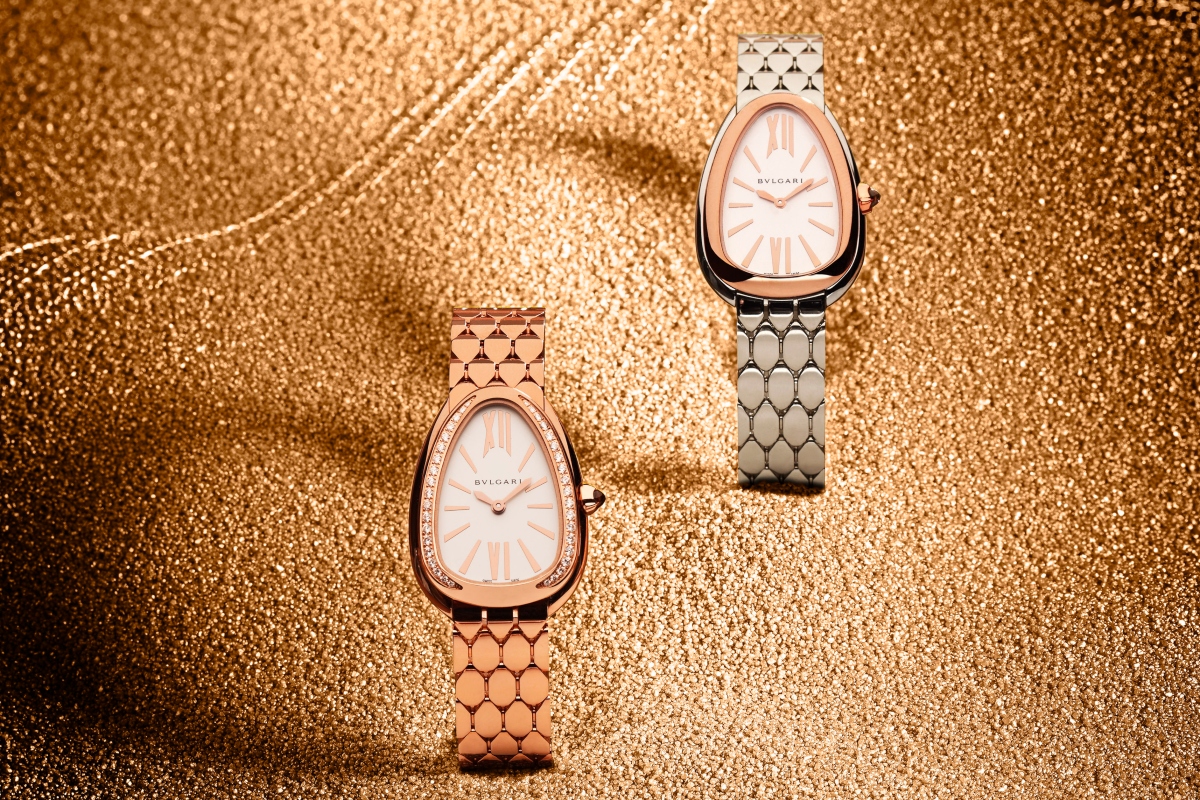 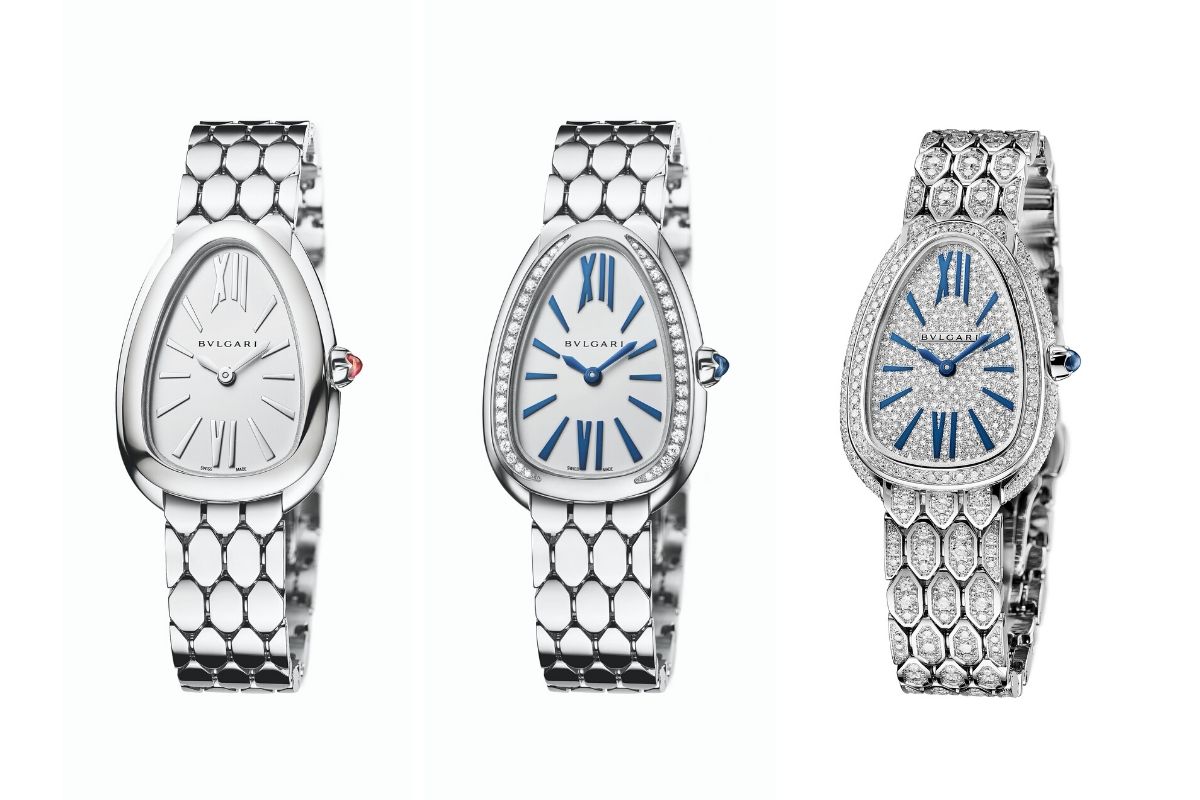 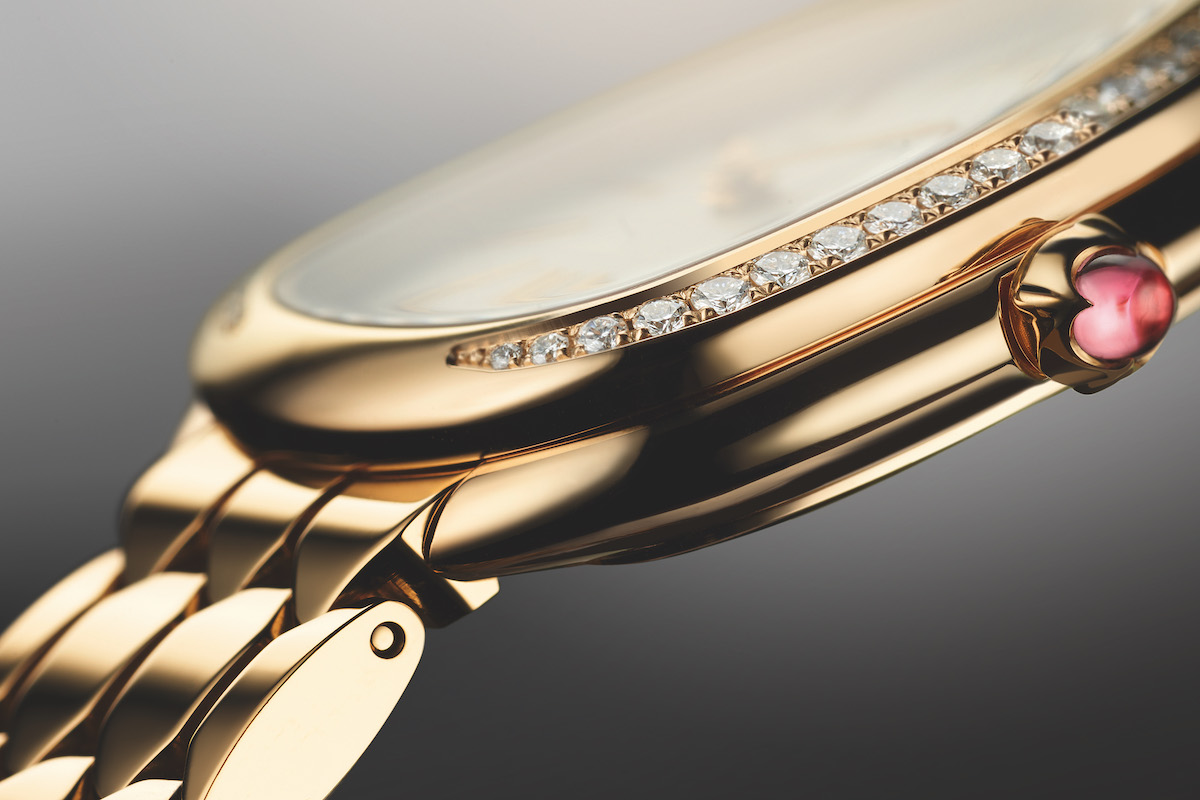 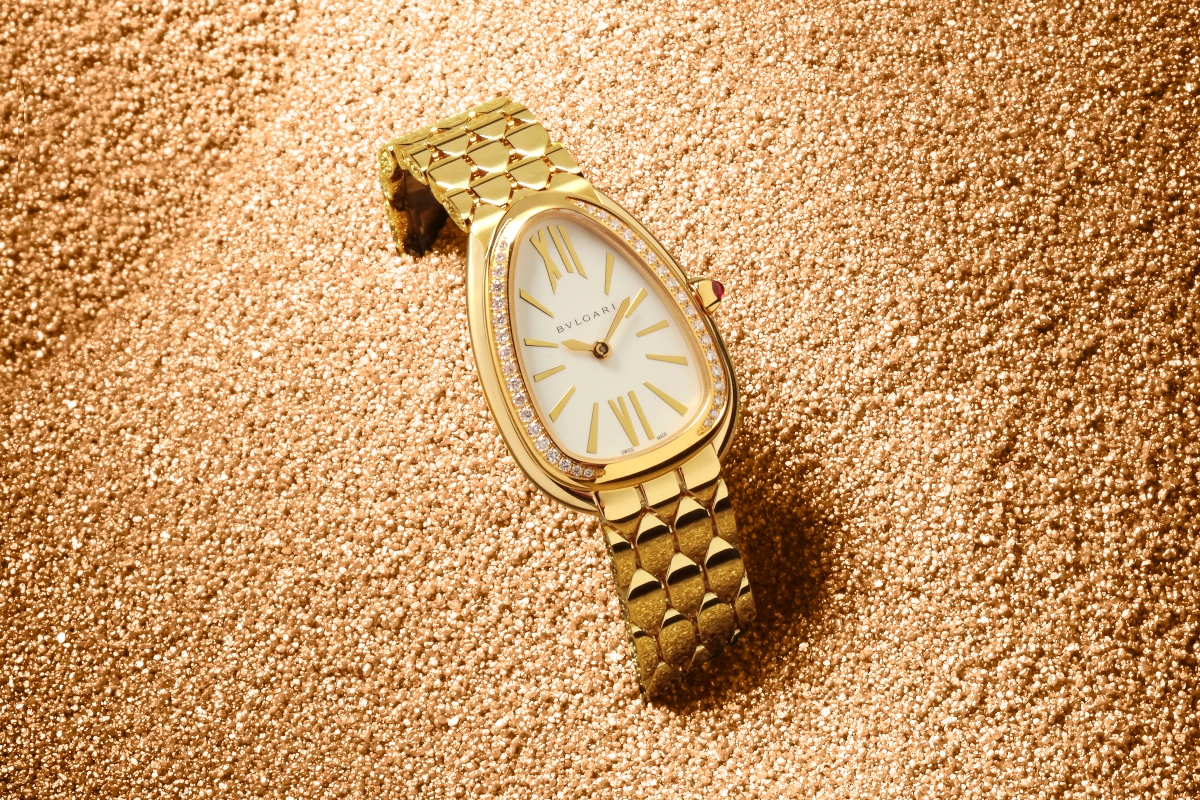 Seduttori is also thinner than ever before, with a new flexible bracelet made from stylised hexagonal links inspired by a serpent’s scales – and the original Serpenti watches.

It is also crowned in cabochon cut gemstones in a nod to Bulgari’s DNA as the Roman jeweller.

Reminiscent of golden desert sands passing through an hourglass to mark the passing of time, gold is the key to the enigma of Serpenti Seduttori.

The collection features styles in all three shades of gold: rose, white and yellow.

In addition to the yellow gold and diamonds edition, there are ultra-precious diamond and diamond pavé models in white gold and rose gold.

Over the years, Bulgari’s line of Serpenti bracelet-watches has been complemented by necklaces, rings, belts, gold clutches, sunglasses and bags in precious leathers.

The motif of the serpent continues to express the creativity of Bulgari, as well as its constant stylistic evolution.

The maison believes there is no better animal to symbolise the allure of women and encapsulate the mystery of time.

Read next: Inside the star-studded Capri-inspired Bulgari Art Award