The Swiss luxury watchmaker’s latest iconic Moonwatch collection boasts more precision and reliability than ever, thanks to a new heart. 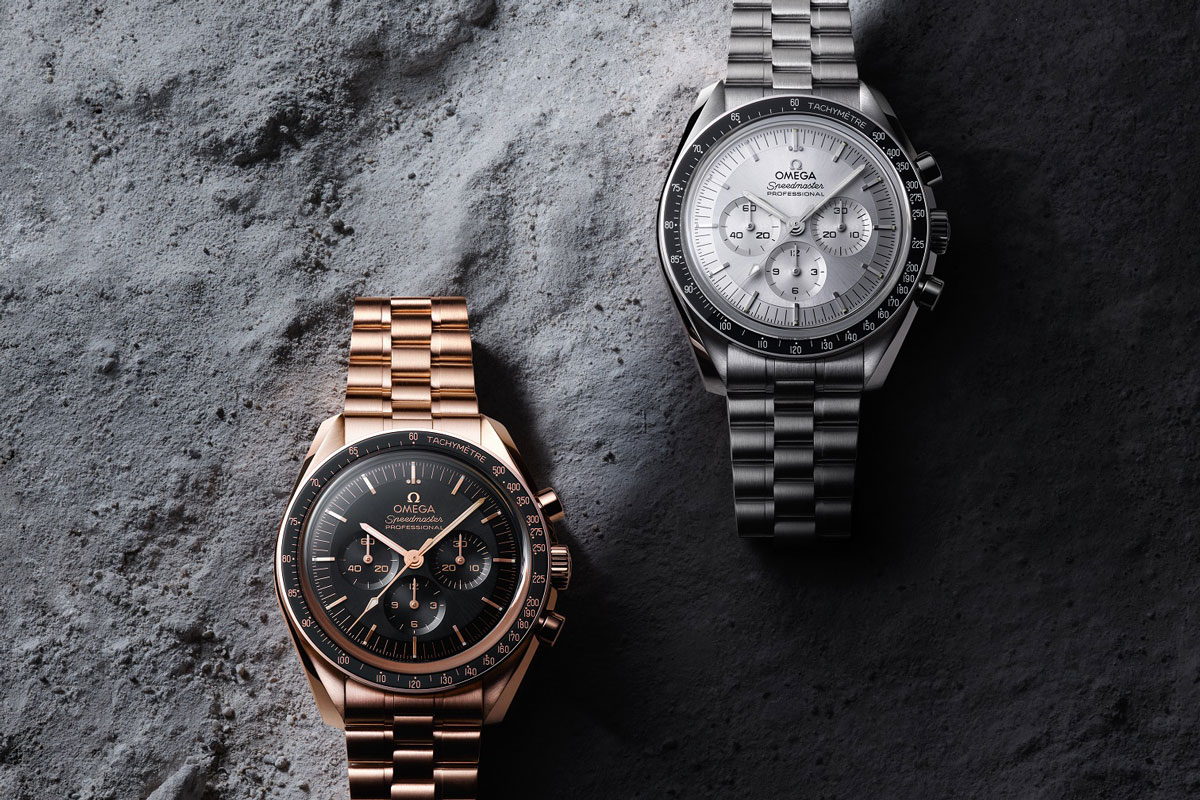 The year was 1969 when Swiss watchmaker Omega ventured beyond Earth’s atmosphere to become the first watch to land on the moon. Fast forward more than half a century and the iconic Omega Moonwatch timepiece is now officially certified as a Master Chronometer – a standard that showcases the highest levels of timing precision, performance and magnetic-resistance in the Swiss watch industry.

This level of performance in a luxury wristwatch exists due to the interference of reliable timekeeping through external magnetic fields from an array of today’s electronic devices. Omega’s Master Chronometer certification ensures that the latest Moonwatch collection can withstand even the most extreme magnetic fields reaching up to 15,000 gauss.

Naturally, the new Moonwatch will also take inspiration from the fourth generation Moonwatch style, worn by Apollo 11 astronauts on the moon in 1969.

“When updating a sacred timepiece like the Speedmaster Moonwatch, every detail must be true to its original spirit,” explains Raynald Aeschlimann, President and CEO of Omega.

“This chronograph is recognised the world over, so we’ve approached its design with the most sincere respect, while taking its movement to the next level.” 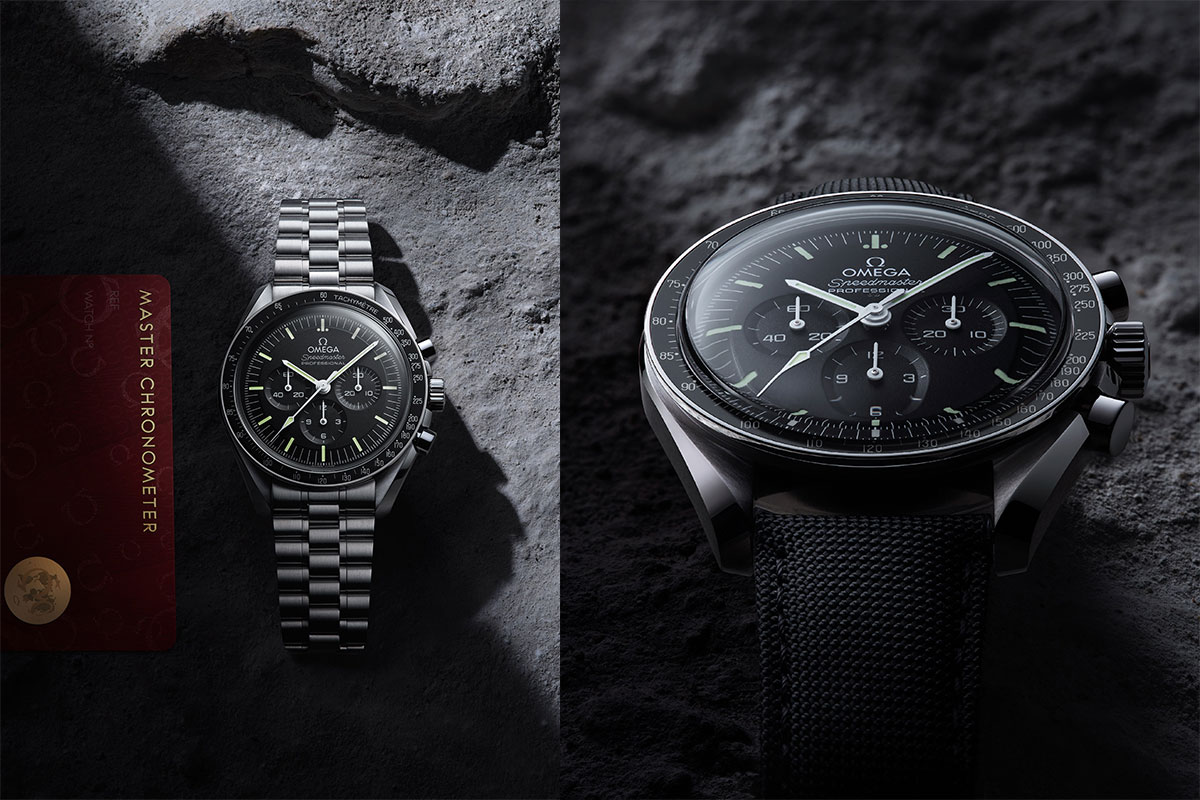 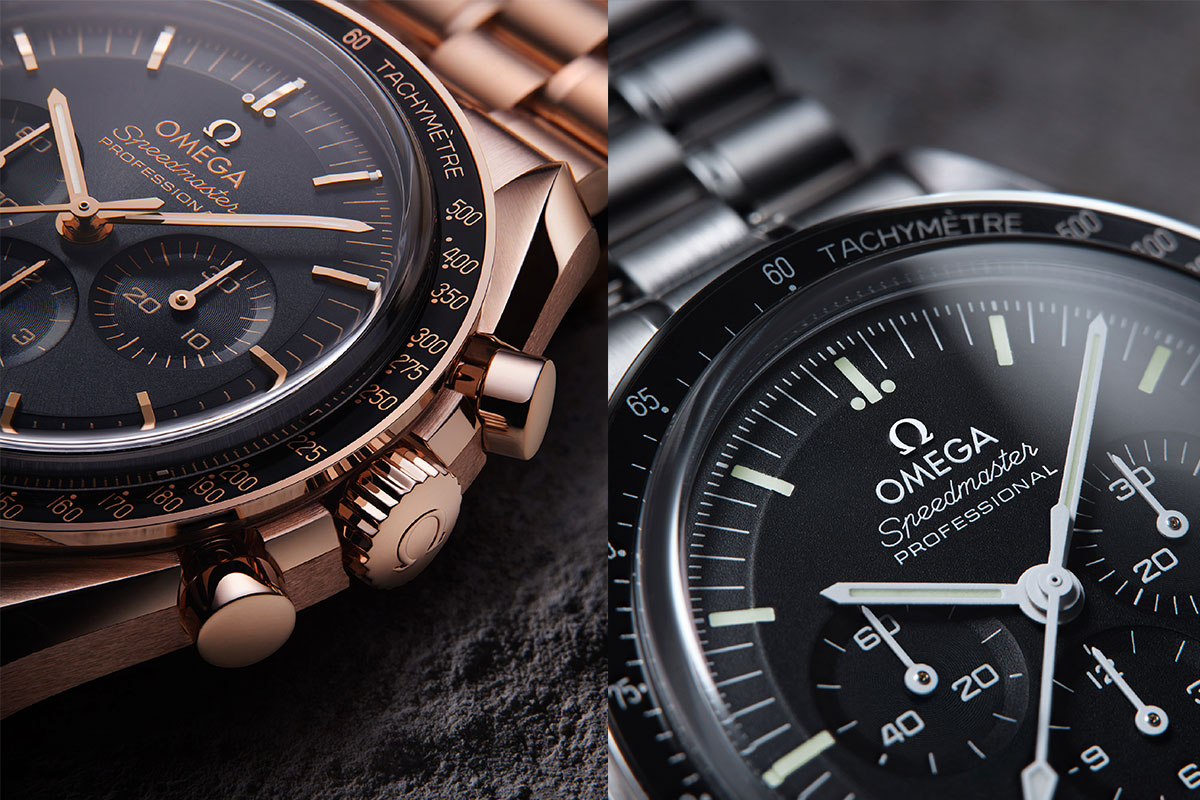 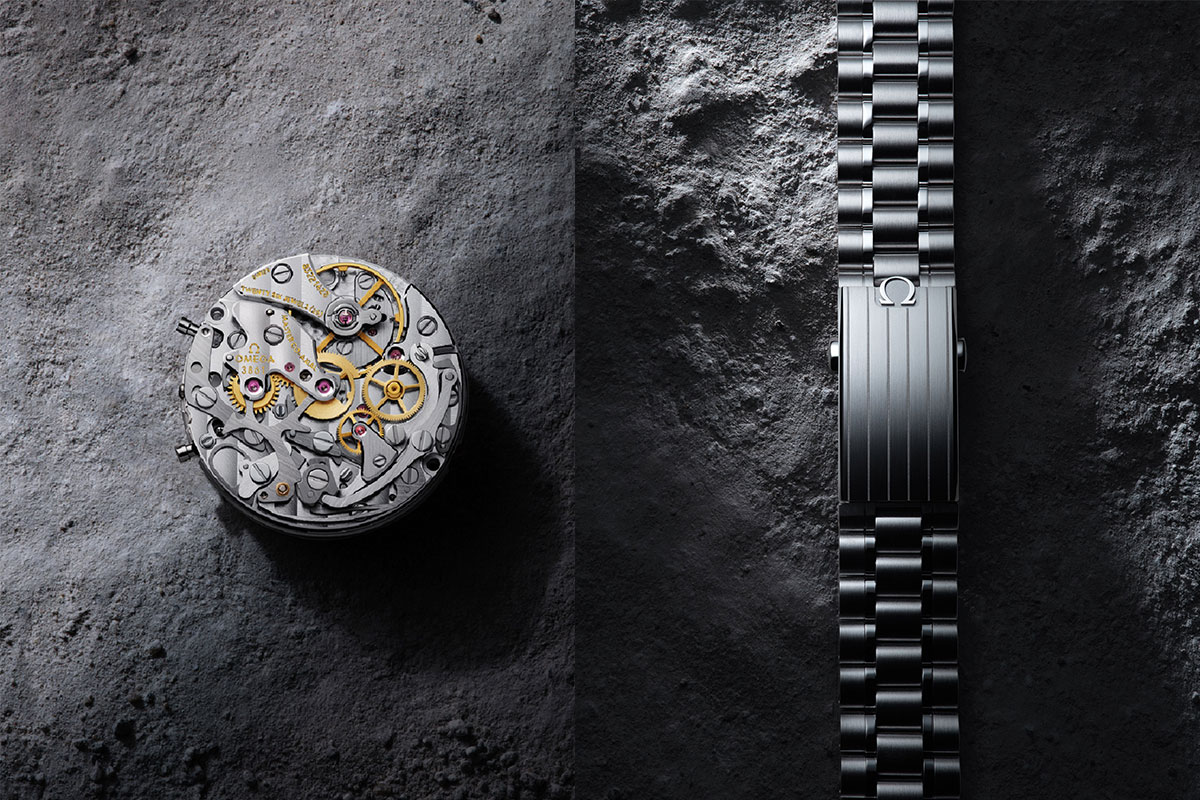 On the outside, the latest Moonwatch features all the hallmarks of its predecessor. An asymmetrical case available in a choice of 42-millimetre stainless steel, 18-karat Sedna gold or 18-karat Canopus gold, a step dial and an anodised aluminium bezel featuring the signature dot over 90 and a dot diagonal to 70 markings. It’s these finer details instilled in the current models that links them back to an important era in watchmaking.

Most notably, the aforementioned movement now comes in the form of the Co-Axial Master Chronometer Calibre 3861, which provides hours, minutes and seconds functions alongside chronometer features without being compromised by external factors. This new movement’s performance is reflected on the dial, which shows a minute track split by three divisions, as opposed to the five divisions from previous models. It also boasts a 50-hour power reserve.

Another change is the introduction of a brushed bracelet, which features a striking five-arched-links-per-row design. This design faithfully mimics the Moonwatch styles of the past.

Read next: Omega unveils its most advanced tourbillon piece ever